Chris began his journey as a filmmaker towards the end of high school in Houston, Texas by making skate videos with his friends. His love for the filmmaking craft eventually landed him in LA, where he created original content for a network of websites called CraveOnline and started an event documentary service and vlog called TheVideoMouse, which he shut down in 2015 to pursue other endeavours, like his production company, Snackhaus.

His love for travel and hanging out with people from wildly different backgrounds began on his first trip to Europe in 2012. Since then, he has made it his mission to travel as much as possible, whether for work or for personal growth. In his video series, Somebody Somewhere, he goes on adventures with friends and documents the experiences as they capture the rich history and culture of places much older than America. 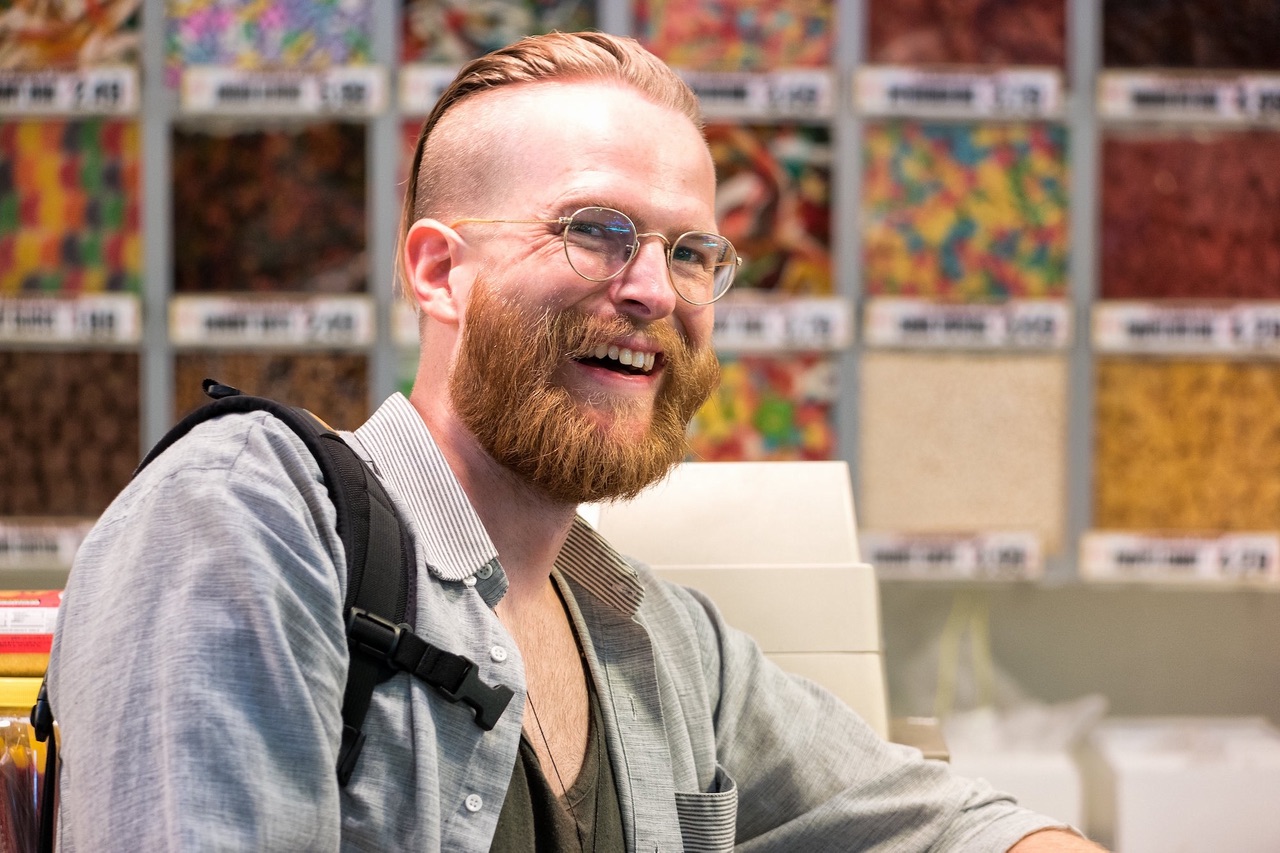 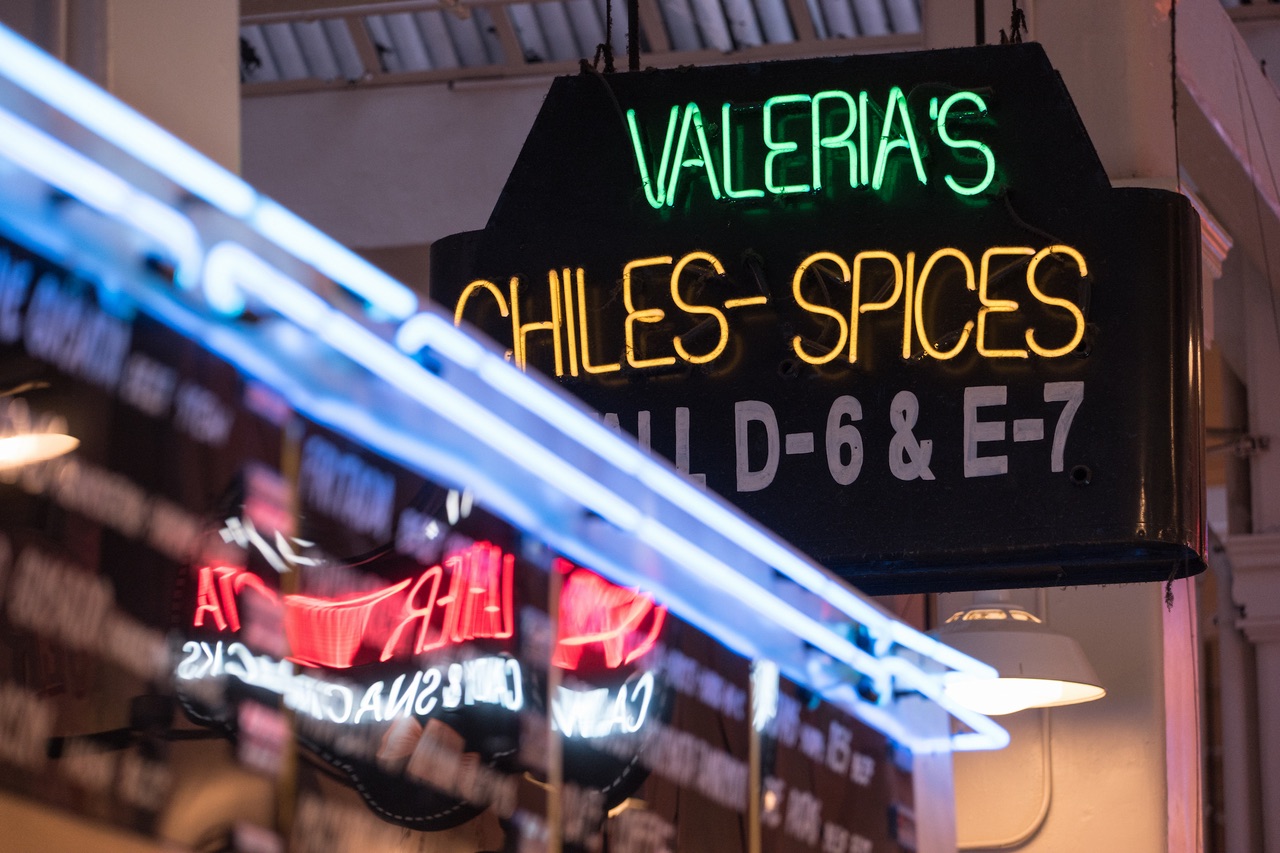 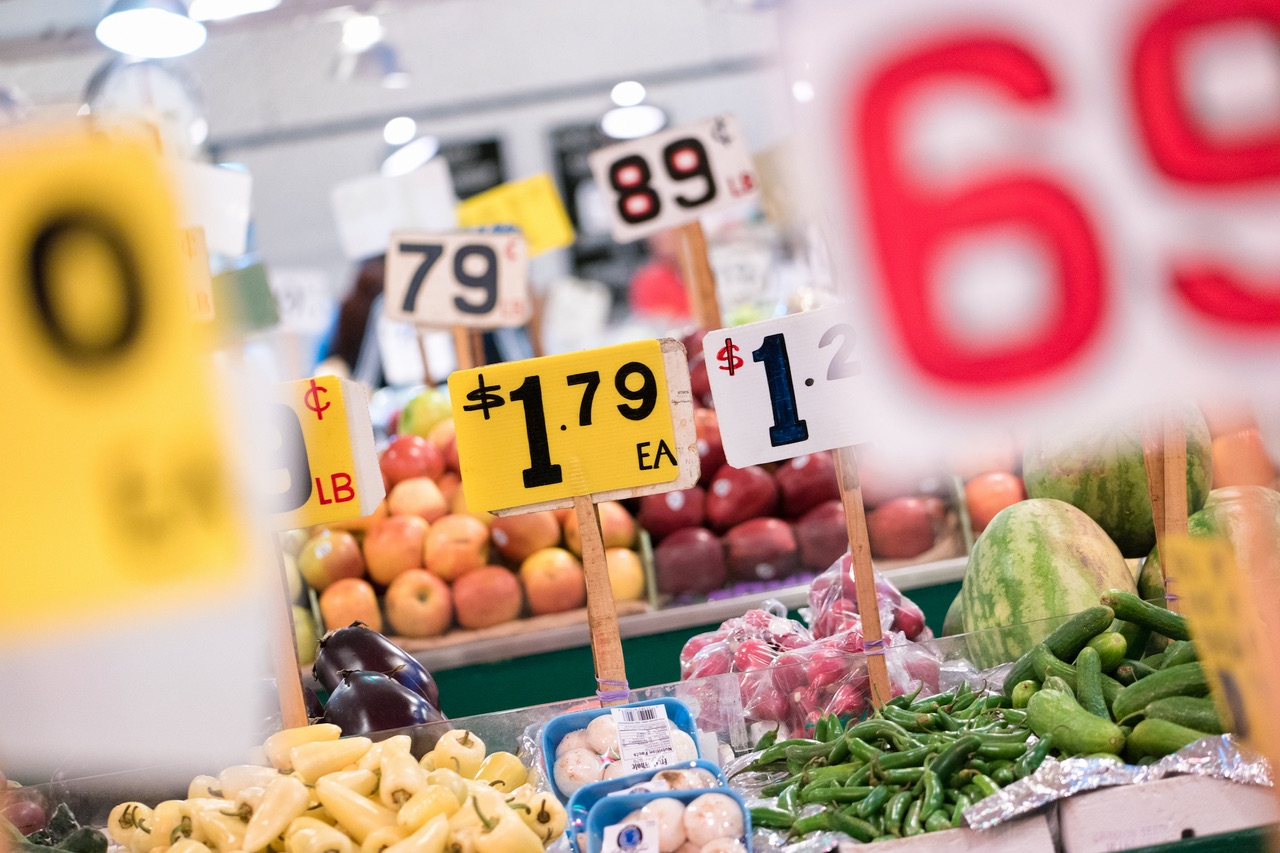 Where does Chris like to hang in LA? Read on for his favorite places to eat, stay and play in his neighborhood:
Eat, Drink, Be Merry
1. Jay's Bar, Silver Lake - Grab a craft beer, a fancy cocktail and some eats from the best bar menu I have ever worked through. I suggest starting with the cheeseburger.
2. Millie's Cafe, Silver Lake - Millie's is open for breakfast and lunch and has THE BEST biscuit and gravy in the neighborhood.
3. The Village Bakery and Cafe, Atwater Village - This quaint bakery feels like it's straight out of a Jean-Pierre Jeunet film, where one of the staff members could pass for a relative of Amelie Poulain.
4. Cha Cha Cha, East Hollywood -  Their bread is delicious, their jerk chicken is legendary, and their paella is one of the best I've had locally.
5. Yuca's, Los Feliz - Come for a fresh, delicious and simple asada burrito.
Try This
1. Go hiking in Angeles National Forest.
2. Go to a horse race at the Santa Anita Park.
3. Watch a film at the Vista Theatre.
Play and Stay
1. Los Feliz Lodge, Los Feliz - The most interesting and least expensive lodging option in the neighborhood.
2. Griffith Park Observatory, Griffith Park - Awesome views of the city and great hiking trails.
3. Bradbury Building, DTLA - An unsuspecting architectural masterpiece that's featured in the movie Blade Runner.
4. Walt Disney Concert Hall, DTLA - Catch a symphony or one of your favorite bands perform within the walls of this sonic and architectural masterpiece.
As an LA transplant yourself, do you have any tips or tricks for doing as the Angelenos do?
Chris Laughter: Don’t be a horrible person and do not assume everybody in this town is horrible. It took me 3 years of living here to find a good group. This town is about who you surround yourself with and it is just as easy to surround yourself with good as it is bad. So if you are going to act horrible to “fit in” it is very easy to spot. Don’t do that. 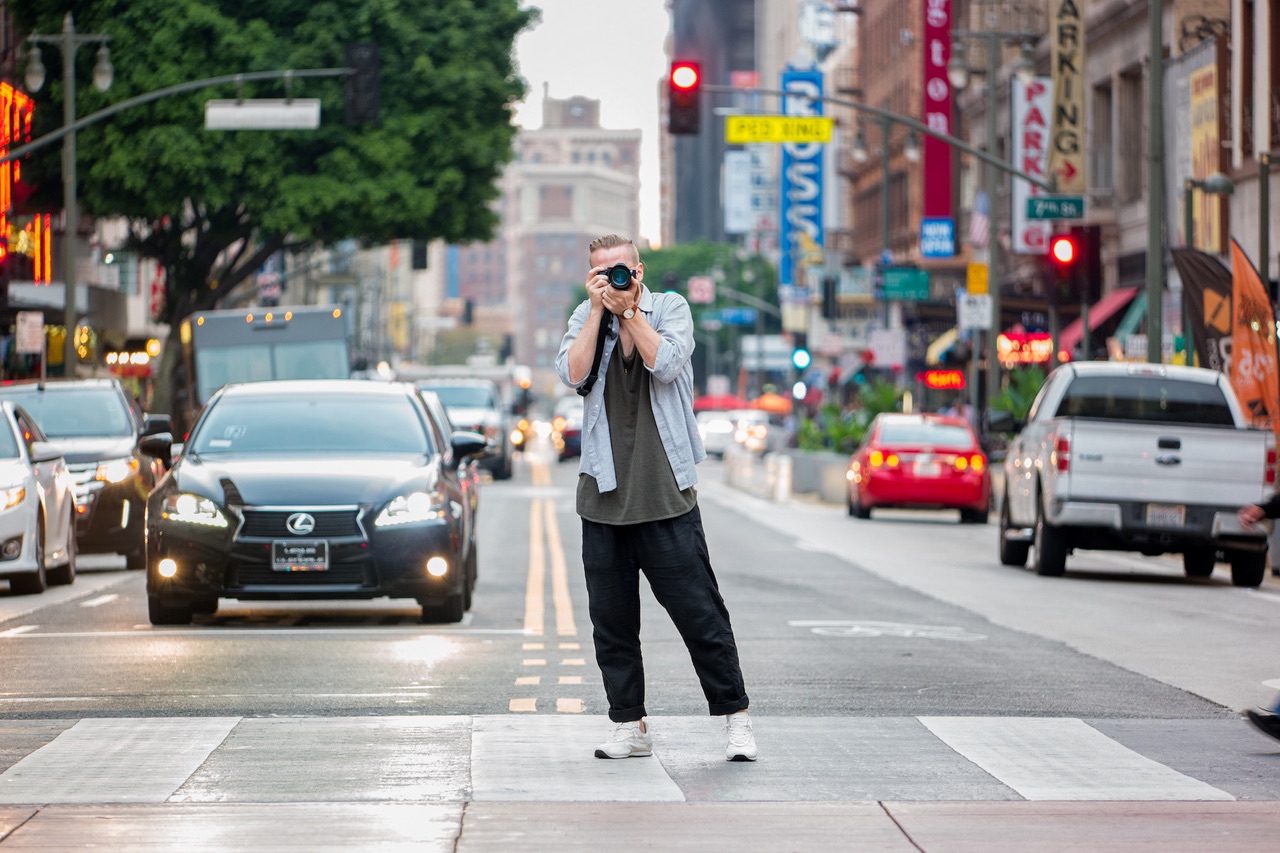 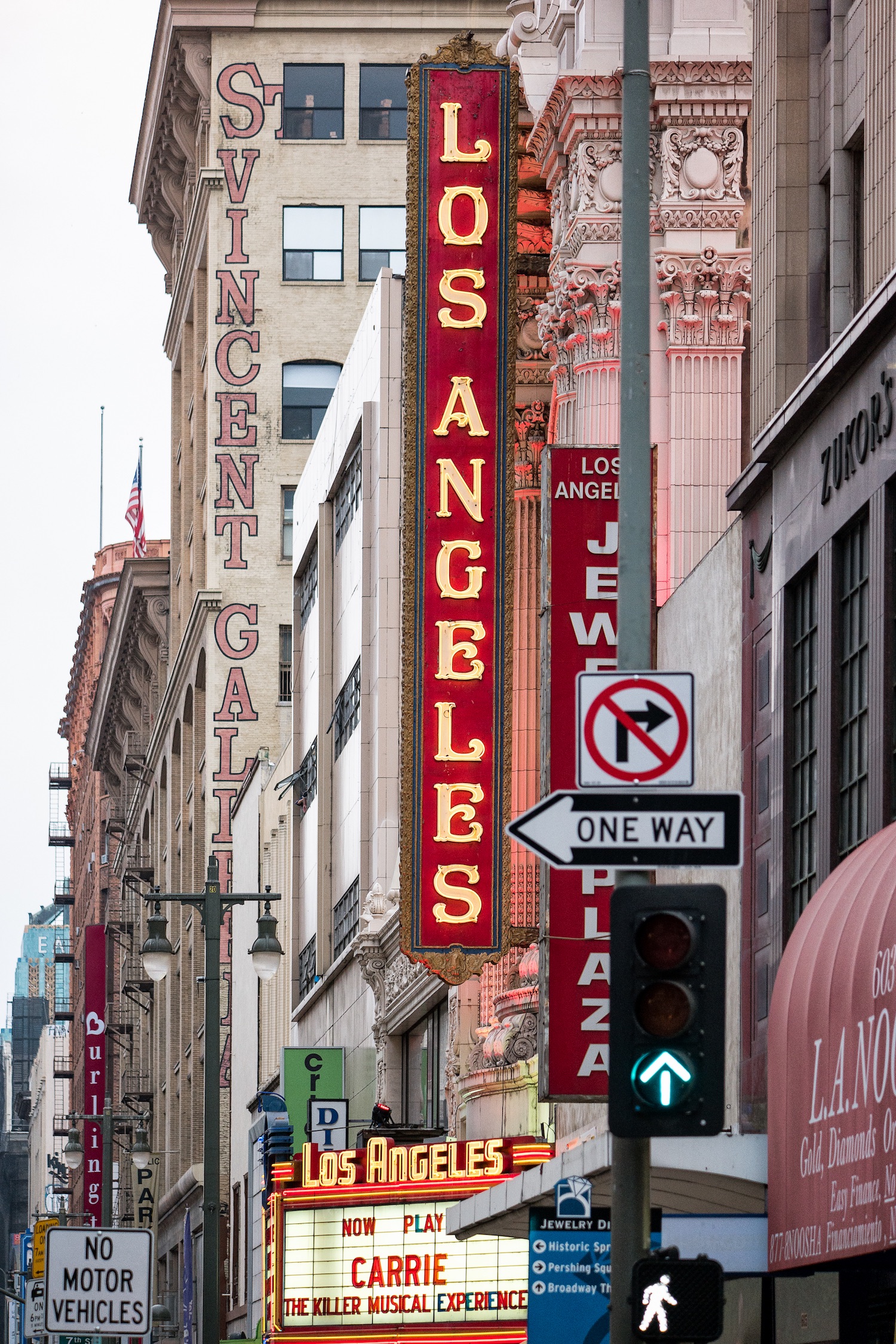 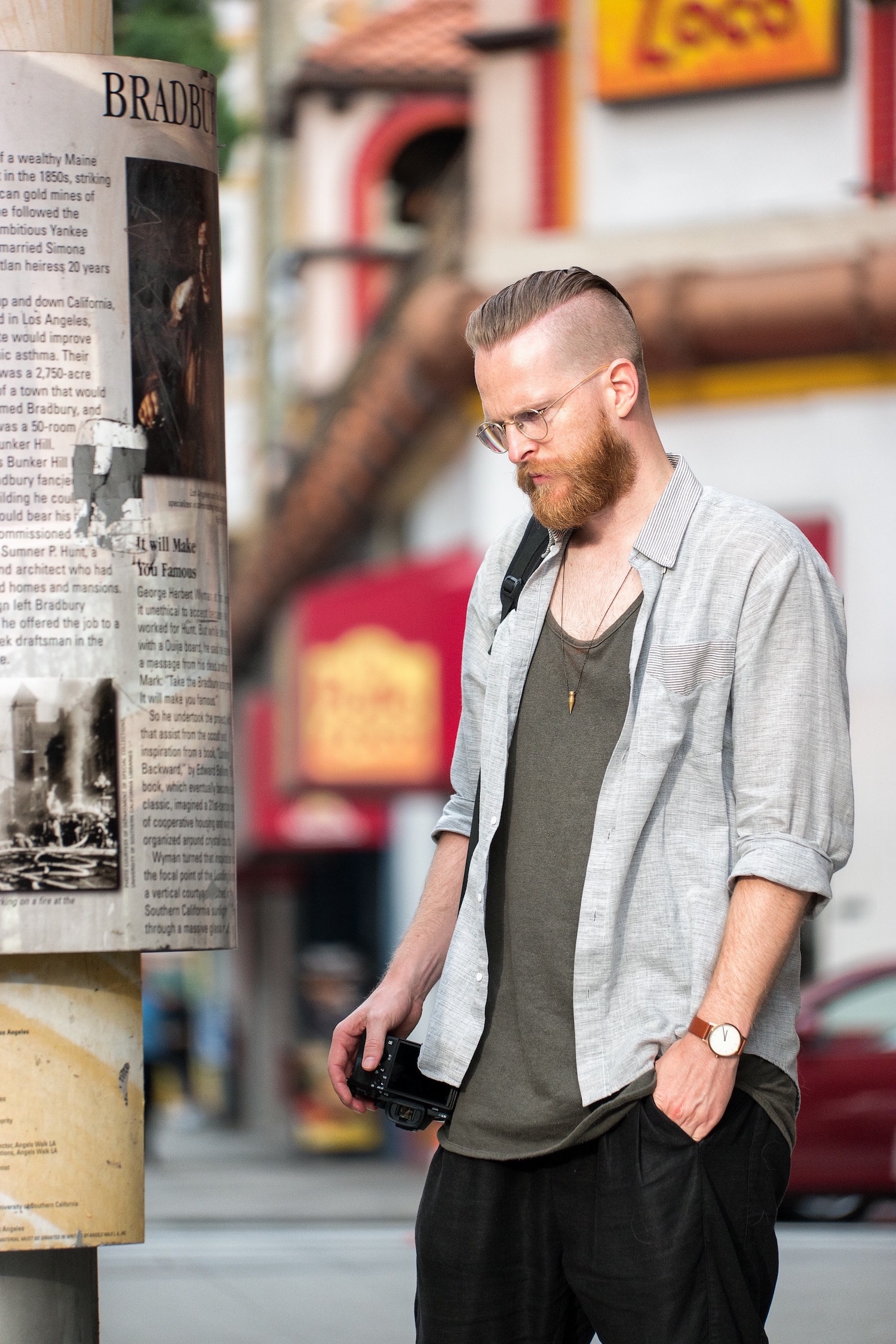 What is the best area of LA to get lost in for a few hours?
CL: Downtown Los Angeles. Downtown has so much creative history and diversity, just waiting to be discovered. It's a bit grimy and flooded with riff raff, but look past it you will realize why this was the center of early Hollywood and is easily one of the most interesting areas of Los Angeles.
So you love architecture... Where do you go in DTLA for your fix?
CL: If you love architecture, downtown will be your jam. I’d start in the historic core and be wowed by the late 19th and early 20th century buildings by having breakfast and coffee on Spring Street then stroll on other to the Bradbury building on Broadway. Be ready to have your mind blown by this architectural beauty that has made appearances in “Blade Runner” and “500 Days of Summer.”
And shopping spots in DLTA?
CL: Weave in and out of the weird shops on Broadway and work your way west towards the Fashion District for more retail therapy. Be sure to stop by one of my favorites, Skingraft at Spring and 8th, if you are into "the darkness" but also, high fashion. In this part of the city there are plenty of unexpected low-key, hole-in-the-wall but delicious places to eat, as well as many fine dining establishments.
Favorite DTLA eats and bars?
CL: A couple of my favorites are Guisados for a taco and an horchata popsicle, or Peking Tavern, an underground Chinese food spot at Spring and 8th. Back up on Broadway, the Ace Hotel is great for a drink or a dip in the rooptop pool—for a fee. But some of my favorite watering holes sprinkled around are Spring St. Bar, Perch, and the Edison (for when I’m feeling fancy).
Get Citizine Updates Here 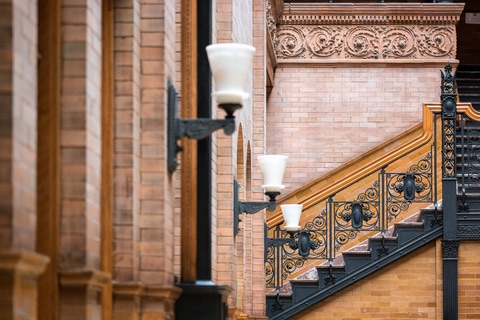 Ray Bradbury Building in DTLA, as seen in "Blade Runner." 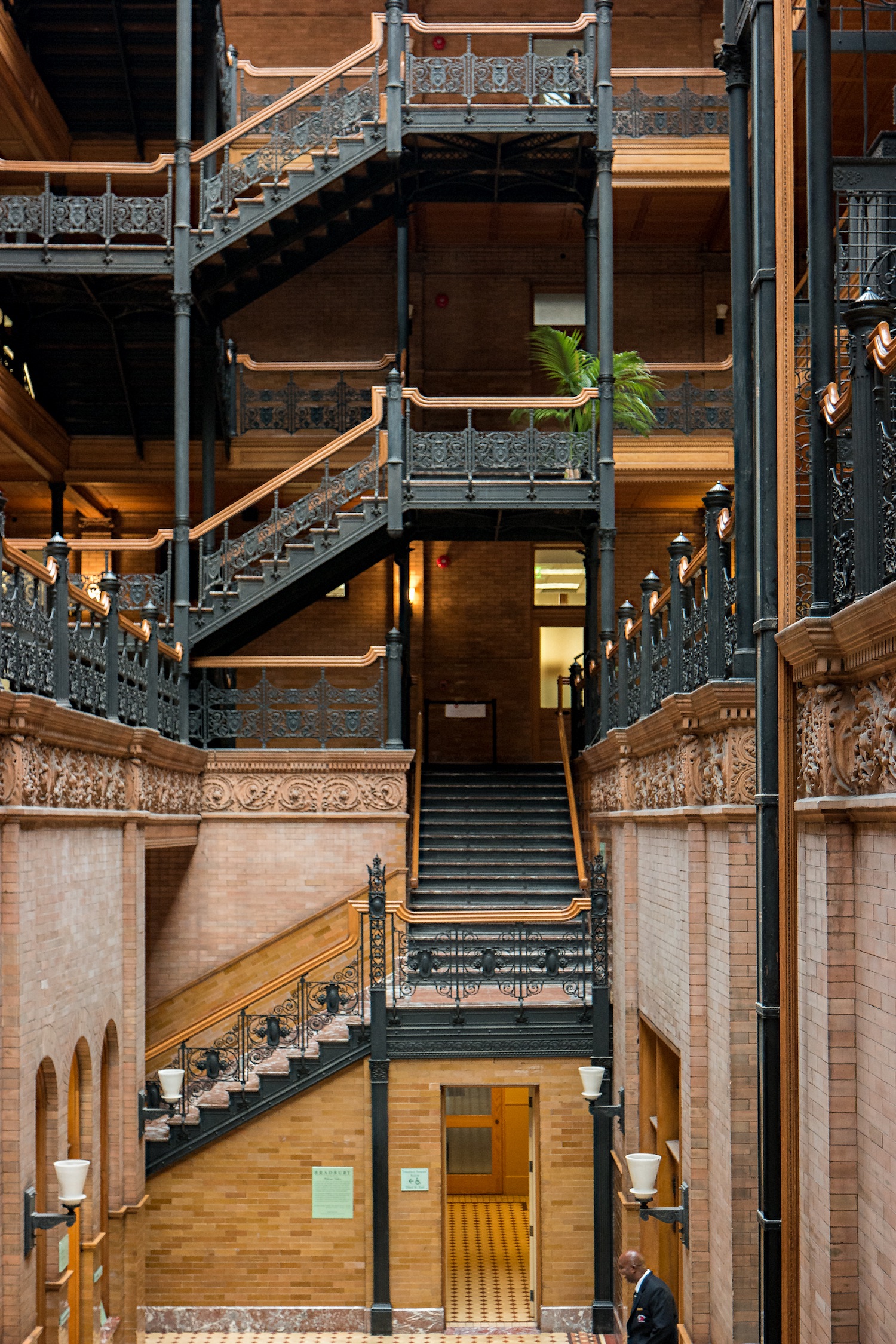 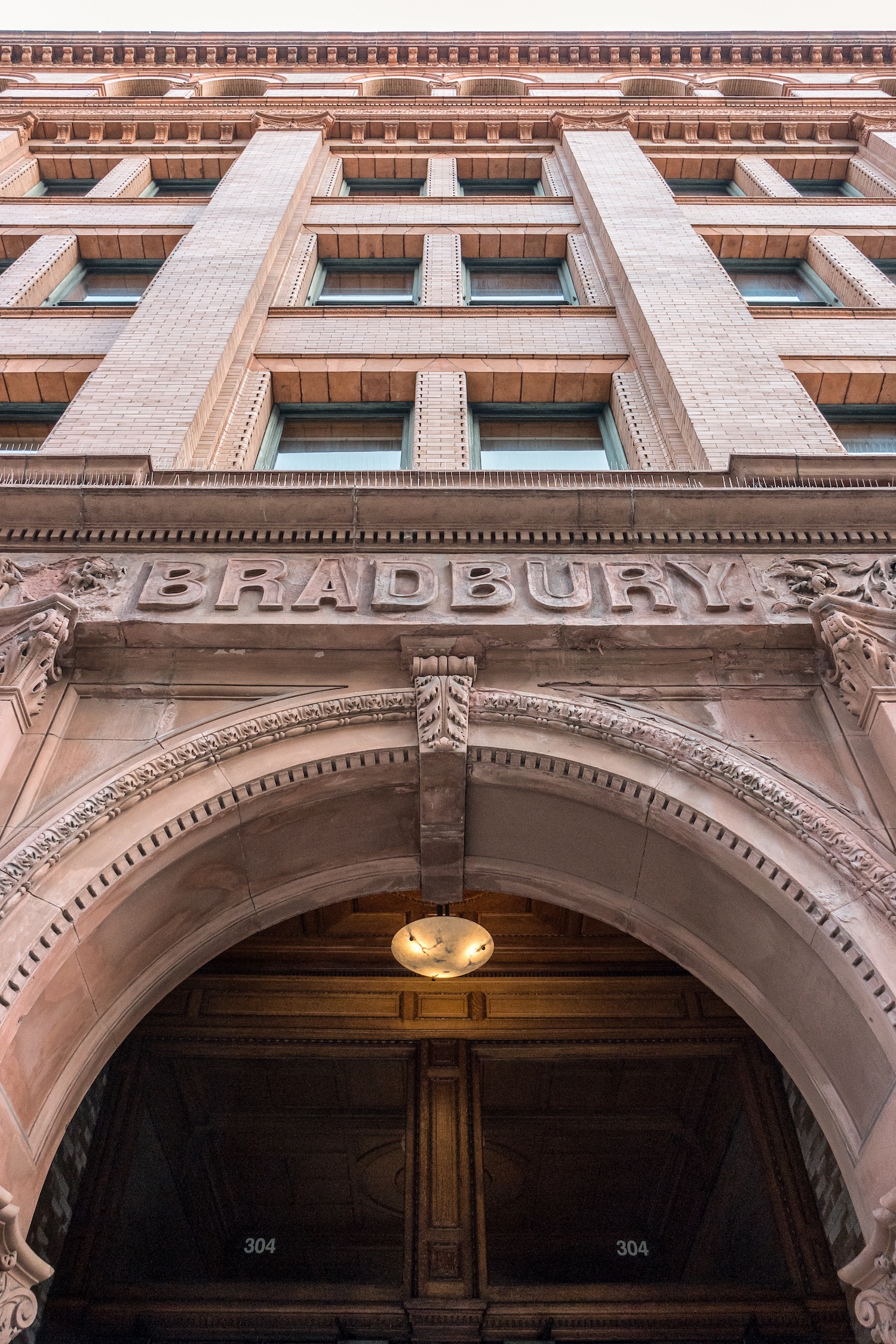 Where might you take a friend from out of town for a meal that's "so LA?”
CL: The only things you need to have for the LA eating experience is a spot with outdoor seating and a social atmosphere. In my neighborhood, the best place for this is The Alcove in Los Feliz but one of my favorite locations for this kind of outdoor dining is Kings Road Cafe in West Hollywood. Kings Road Cafe has my favorite mocha in town and their salads are on point. For the ultimate burrito experience, I recommend Yuca's in Los Feliz for a carne asada burrito (hold the onions) or Tacos Villa Corona in Glendale for the papas breakfast burrito and homemade salsa. 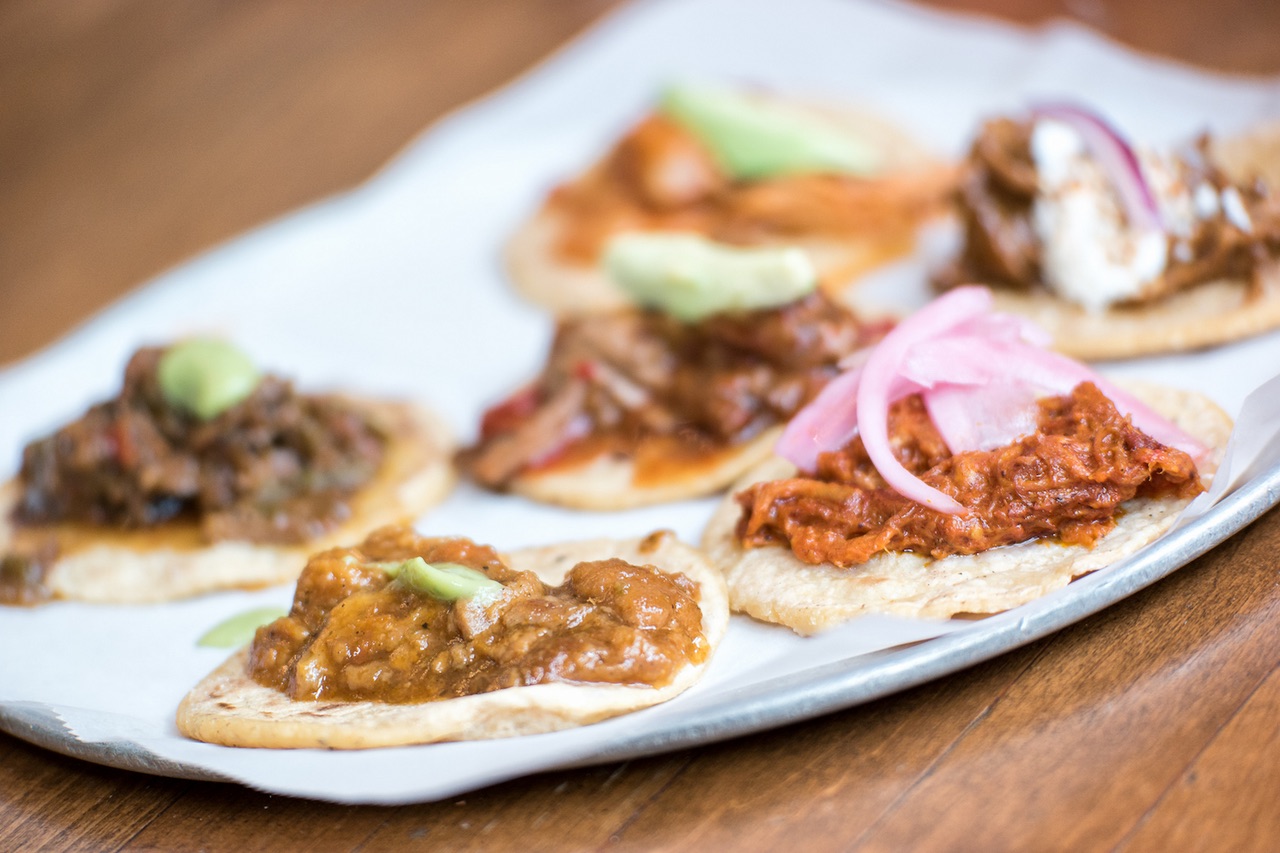 Guisados tacos. Eat them up, yum. 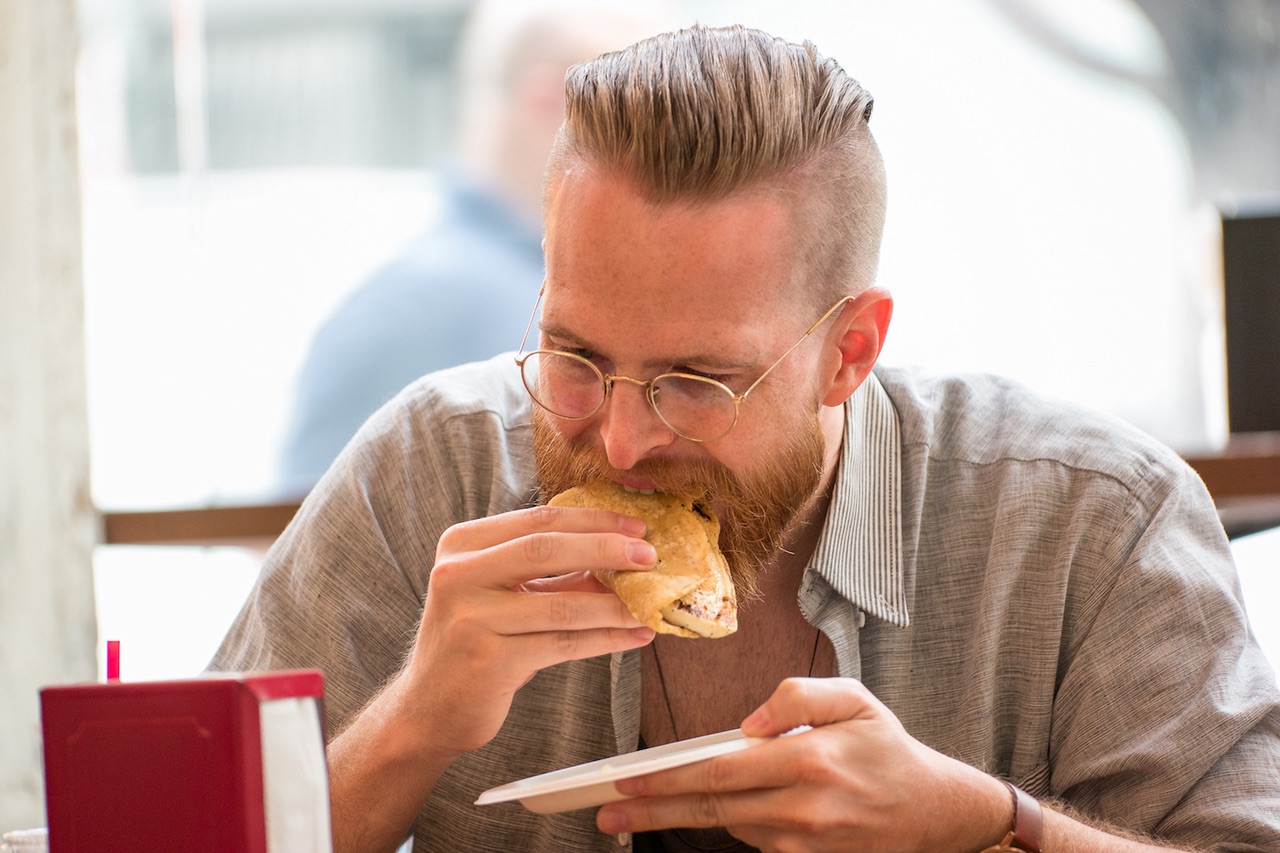 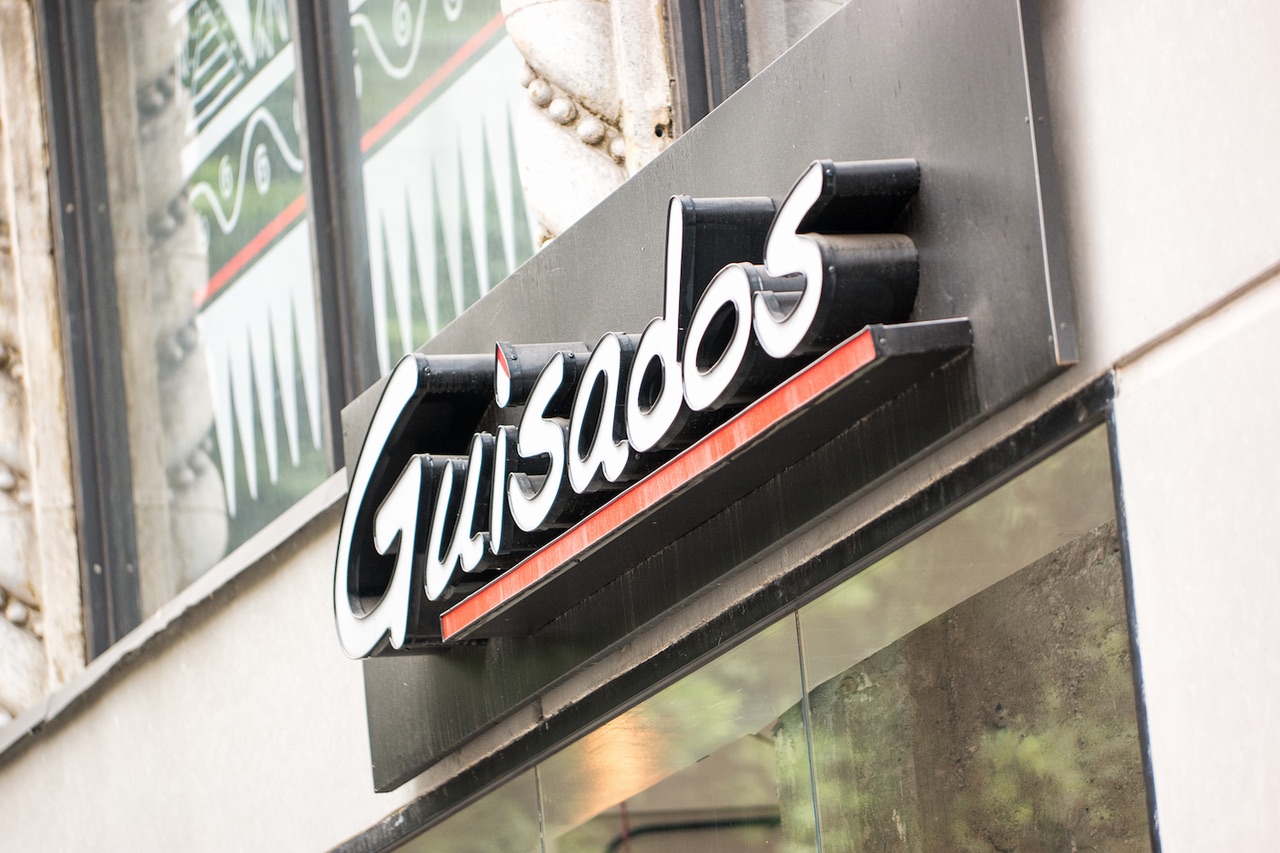 When you need an escape from the city, where do you go to communicate with nature?
CL: Luckily, living in Los Angeles, we have so many different kinds of terrains within a three-hour drive in any direction. Desert, ocean, lakes, forest … we have it all! One of my favorite places to escape from the constant movement of the sprawling suburban metroplex is Sequoia National Park. Drive a few hours and you can be 7,000 feet above sea level hiking some of the most mind-blowing and picturesque trails in the world. I suggest heading up Mineral King Rd. to one of the few campsites up there, and then hiking up to Mosquito Lake for a dip in the ice cold water.
What’s the one over the top experience you’d love to have in your city?
CL: My favorite over the top experiences are those that occur just because I’ve struck up a conversation with randoms at a bar. If you are making friends with the locals and get invited to some house party, do it. Don’t let the party end. Those are always the best moments in Los Angeles. Plus, seeing inside the different kinds of houses in this city is really fun. The one "over the top" thing that I personally have yet to do in Los Angeles is go on a hot air balloon ride, but I intend to rectify that this year. 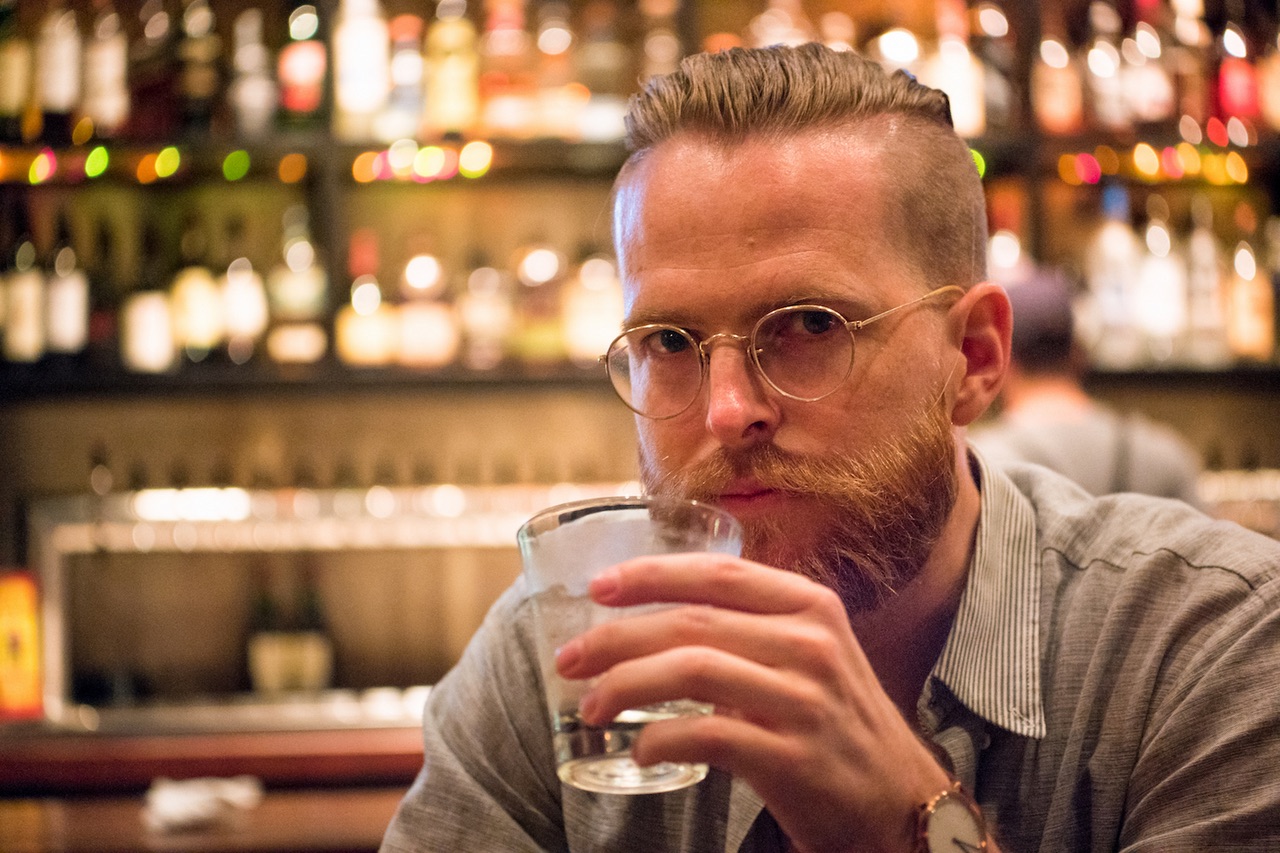 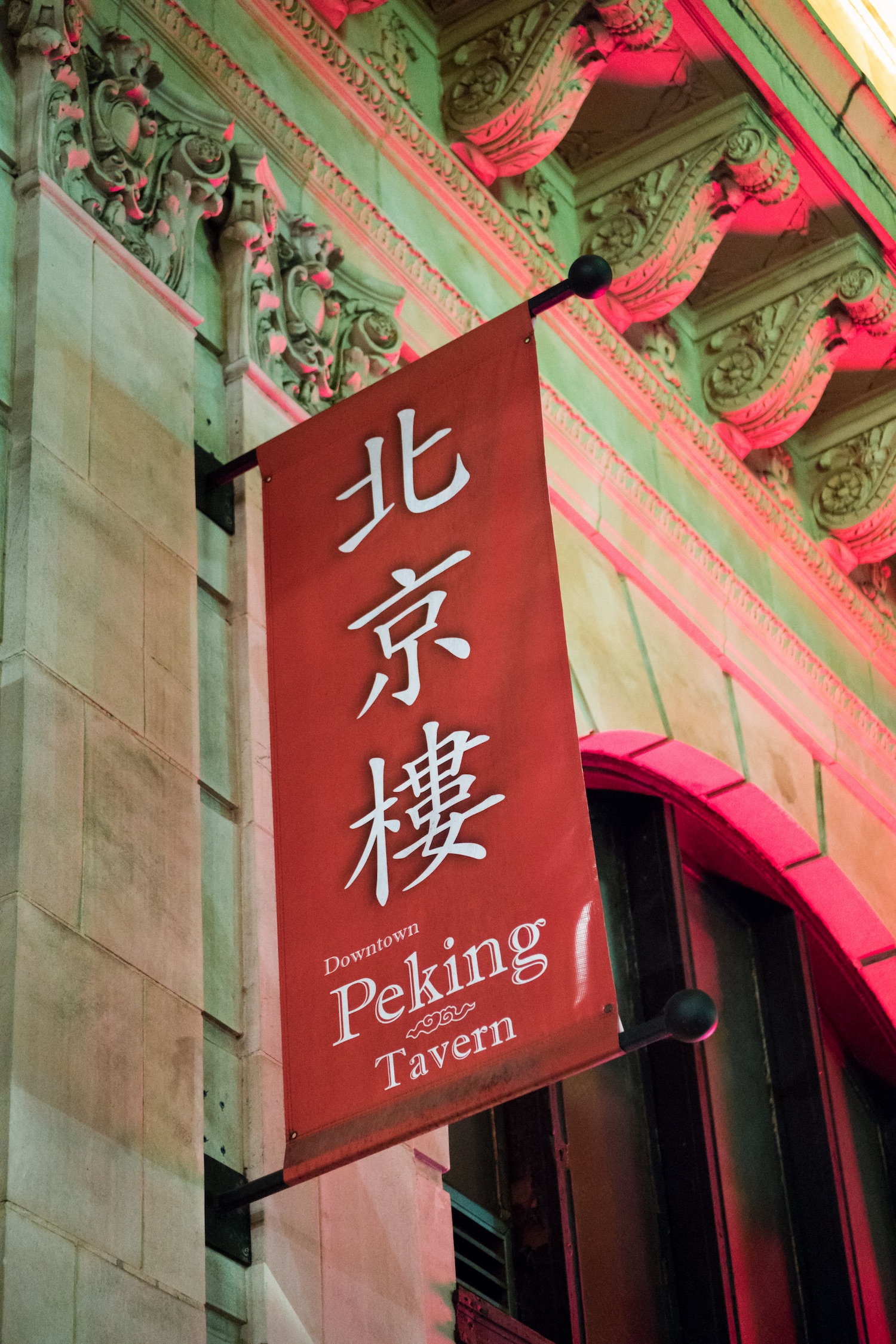 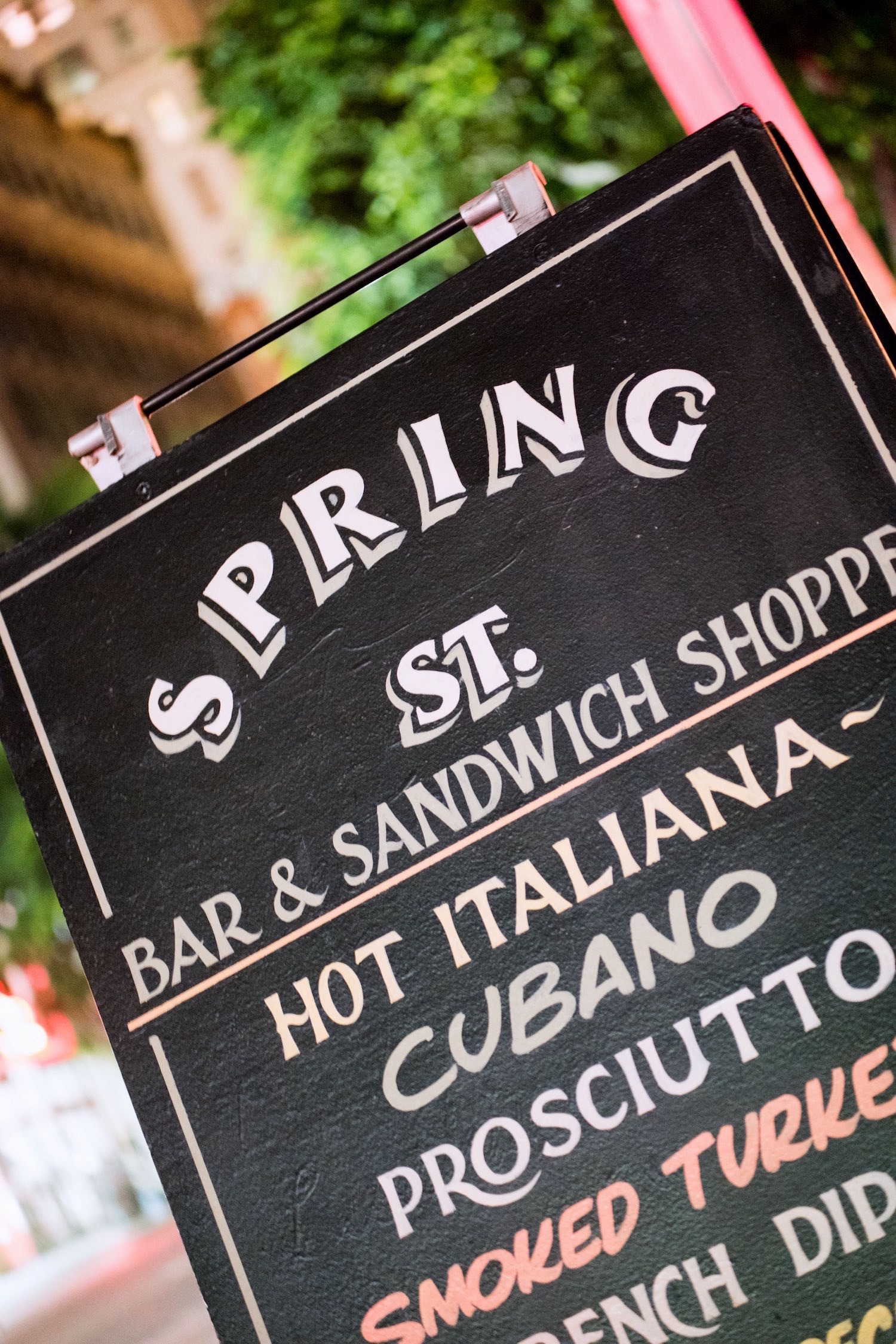 What are the best music venues in LA?
CL: Los Angeles is one of the best cities for live music. Every neighborhood has a handful of venues and my local favorite is The Echo. Shows there can be so intimate, I love it. The last band that I caught there was the UK-based band, The Kins. I was so totally entranced by their performance and I was one of only 20 attendees or so. I stayed after the show just to kick it and talk shop with the band to learn more about their story. We also have some of the best outdoor venues here in Los Angeles. At the Hollywood Bowl, I caught a couple of my favorites like Bjork and Andrew Bird. 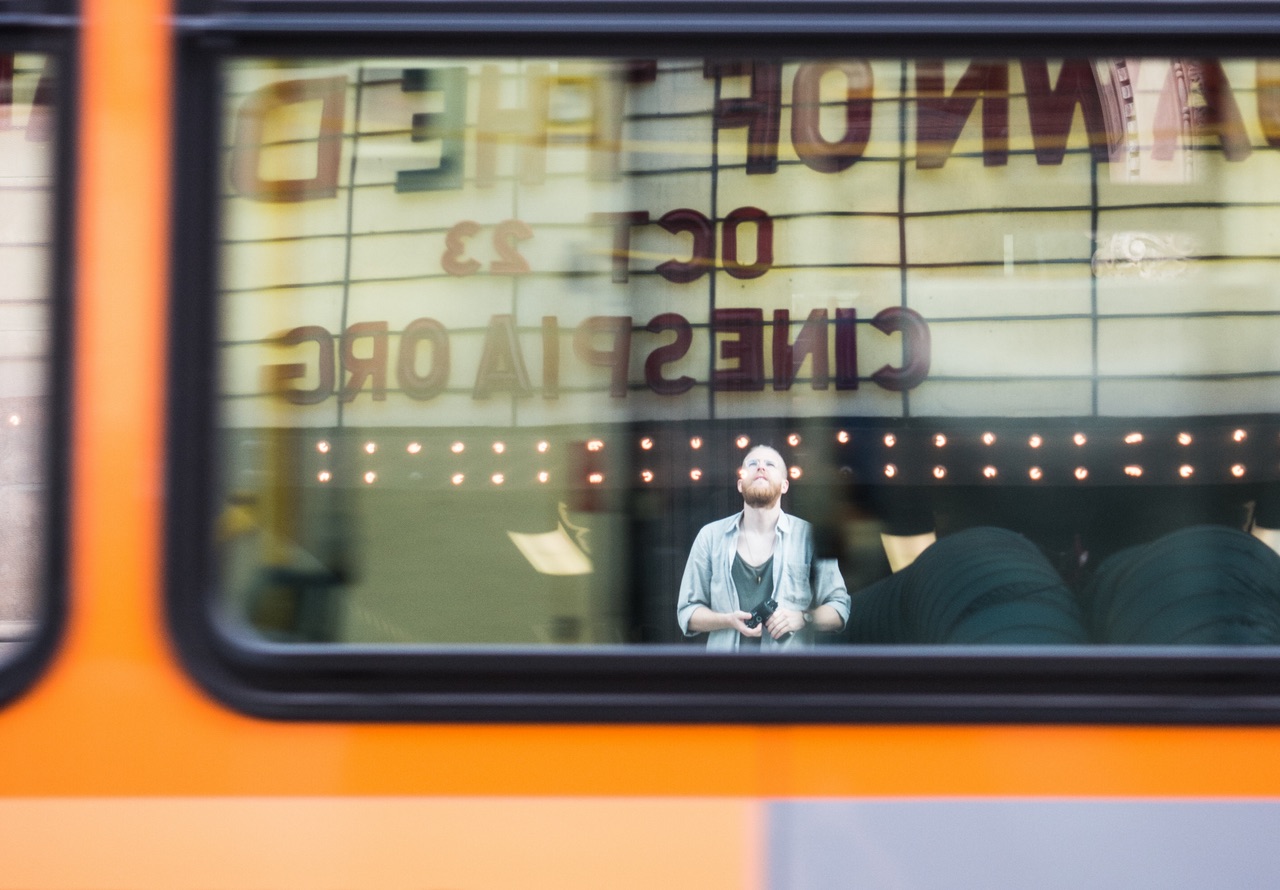