From the hits to the deep-cuts and all the deliciousness in between.

You'll find few people in LA who can match the depth of knowledge Jenn Harris has of the city's culinary landscape. As deputy editor of the Los Angeles Times' Food section, Harris is constantly on the hunt for the next great bite.

If you're curious what currently has her excited about the city's food scene, "I love chefs just having no rules," Harris told Citizine. "Chefs doing whatever they want—whether they have a restaurant or not."

Last year, Harris and her colleagues at the Times launched the Food Bowl: a month-long event to highlight and celebrate LA's culinary bounty.

"We've had a lot of good feedback and we're back for Round 2," she said as the Food Bowl gears up for its return. "This year should be even bigger and better, really focusing on LA chefs, and really trying to give people a look at the best we have to offer."

Among the returning events is a night market spanning four nights. The market will take place in Grand Park, and will feature "a ton of food, drinks, food trucks, [and] I think we're taking over an extra part of the park this year," Harris continued. She will be hosting some events, too, including the Next Gen Bowl Bash. "It's highlighting some up-and-coming chefs," she said. "We have Darren from We Have Noodles . We have Miles Thompson from Michael's, even though people have had their eye on him forever, but he's also 30, which is ridiculous. Rebecca Merhej of Love & Salt. There will even be bowling."

We were curious to know where Harris likes to eat, so we asked her for a list of where she takes hungry out-of-towners. 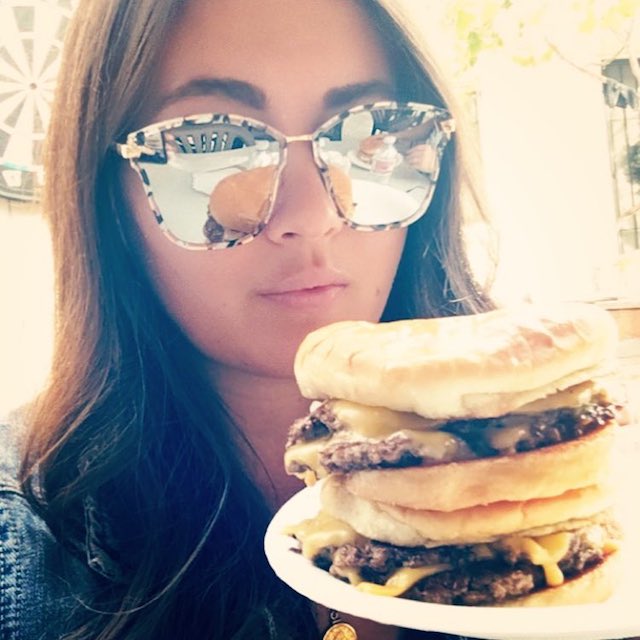 DTLA, $$
Jenn Harris: You could probably eat there every single day for the rest of your life and be happy. Between tacos from Tacos Tumbras a Tomas, Filipino rice bowls from Sari Sari Store, [to] Belcampo's burgers, [and] DTLA Cheese. I think Clark Street is making some of the best bread in the city. There's McConnell's. So, I feel like that has to be a stop.

San Gabriel, $
JH: They specialize in these rectangular-looking dumplings, that are full of juicy pork. They kind of explode in your mouth when you bite into them. You do burn your mouth, but they're some of the most fantastic dumplings.

Thai Town, $$
JH: Jitlada for spicy, southern Thai food. I often take people to get the Jazz burger from [owner] Jazz Singsanong, who is a character herself. That burger—it literally makes you cry. It's really spicy.

Multiple Locations, $$
JH: On the flip-side of that, there's Night + Market. Because I do love Thai food, more of Kris Yenbamroong's modern, more playful take on it. I always take people to get his crispy rice salad. It's sour. It's sweet. It's spicy. It's addictive. And I don't let anyone share, so everyone has to get their own.

DTLA, $$ - $$$$
JH: I'm going to group all of Josef Centeno's restaurants as one. I feel like you need to do the Josef Centeno tour, because I think he optimizes what it means to be an LA chef in his style, his flavors, how he thinks about food, how he translates that into what you're eating. ...I think I eat once a week [at Bar Ama] for the queso.

Koreatown, $$
JH: Their galbi jjim is a super superior version of the short-rib stew. And I feel like you should get it with cheese, because they torch it at the table. Pretty spectacular.

Santa Monica, $
JH: I have to. It's on everyone's list of favorite sandwiches in LA, but it's because it's so good. The godmother [sandwich] is the epitome of the great Italian hero. Their bread is phenomenal. It's crowded, you take a number, you scream your order across the counter—you get the deli experience. And you're in Santa Monica, so you eat out there at the patio, on a table, maybe go to the beach after. It's a good place to take people.

Hollywood, $$$$
JH: The bar at Providence. Obviously one of the best restaurants in the city, but you can literally go to the bar [and] get a cocktail, get some wine, and you can order Michael [Cimarusti's] greatest hits. So, you can get oysters, or his spot prawns, and the cheese cart. It's a super luxurious treat without having to go through the three-hour dinner.

Monterey Park, $$
JH: They make some of the best fried chicken in the universe. So, they marinade their chicken like Japanese karaage, so it's giant pieces of Japanese karaage, and it comes with spicy ponzu that you dip it in. It's this fun little spot in shopping center, and they give you gloves to eat with and chopsticks, because the chicken is so hot you have to minimize contact other than when you're shoveling it into your mouth.

Glendale, $$
JH: It's family-owned. It's been there for 25 years in this beautiful courtyard. They have this really really good koobideh—that ground-beef kabob. It's a fun, special occasion restaurant, so there's always someone celebrating something there. It's a happy place to bring people with really good food. 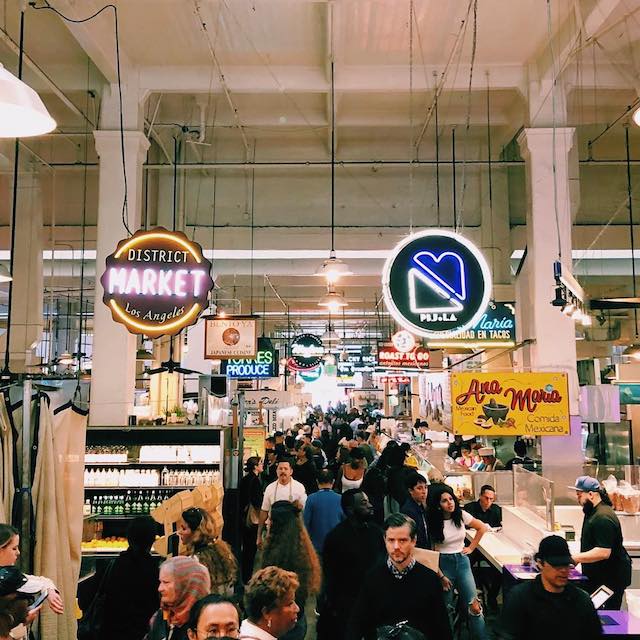 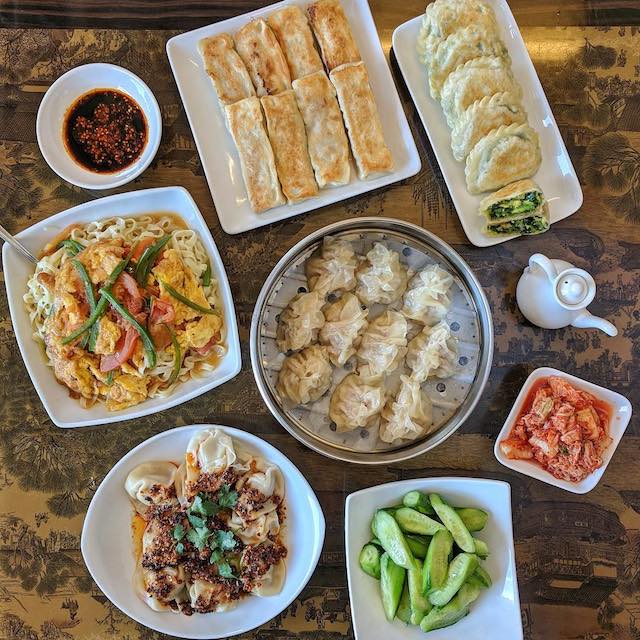 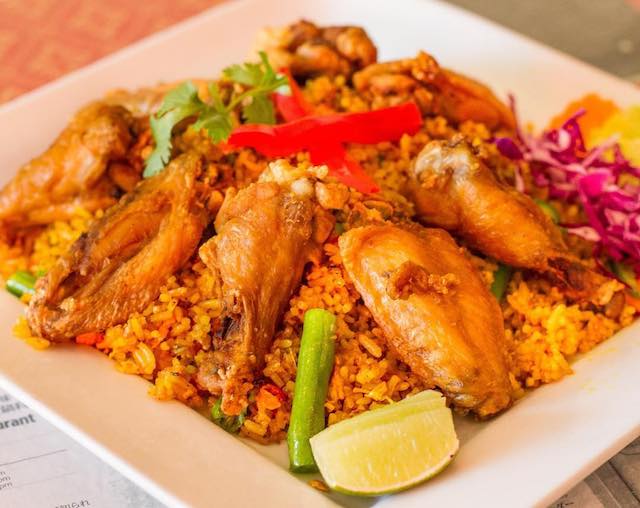 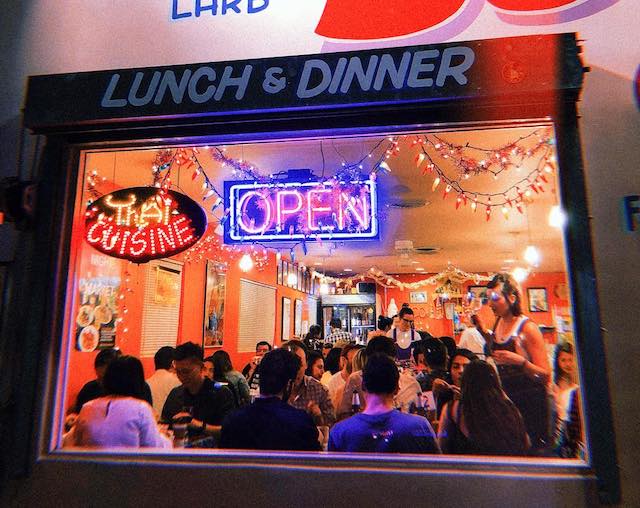 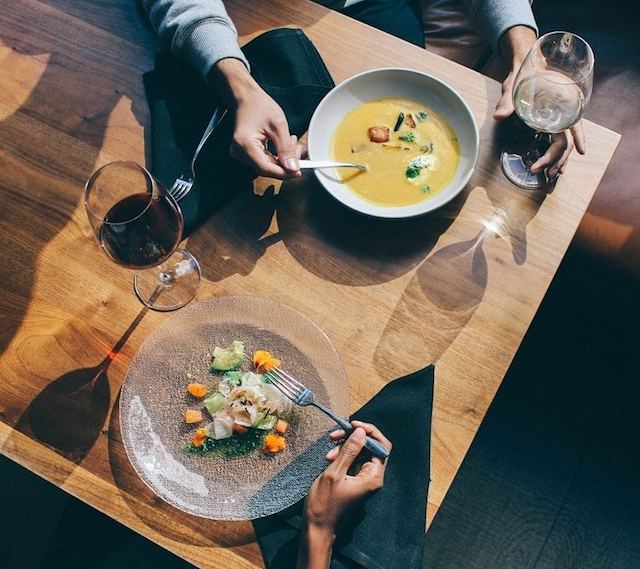 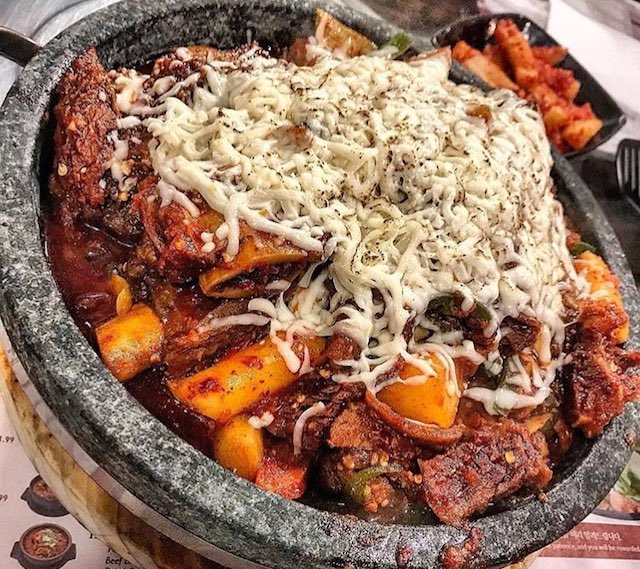 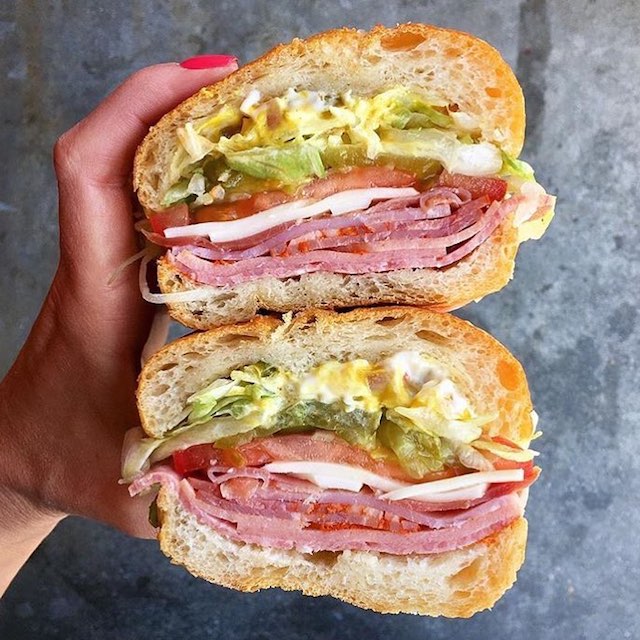 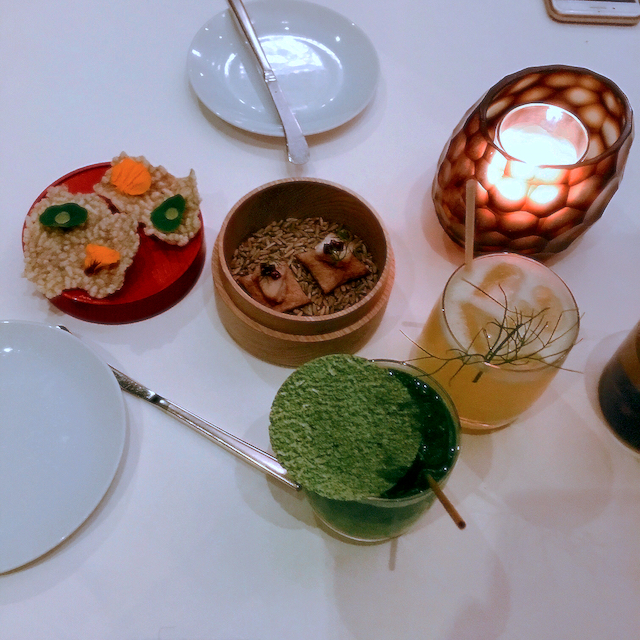 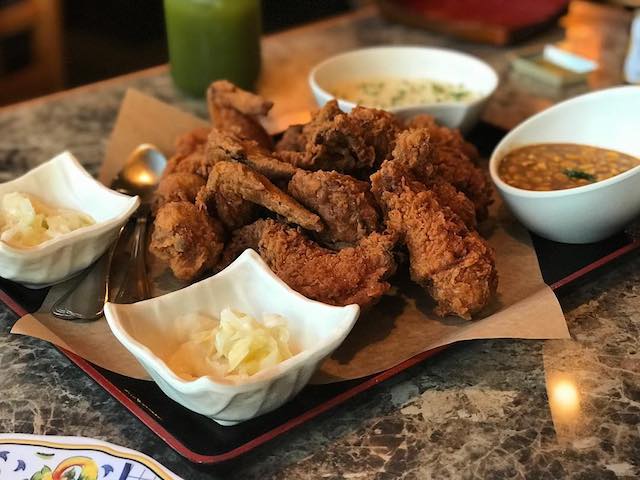 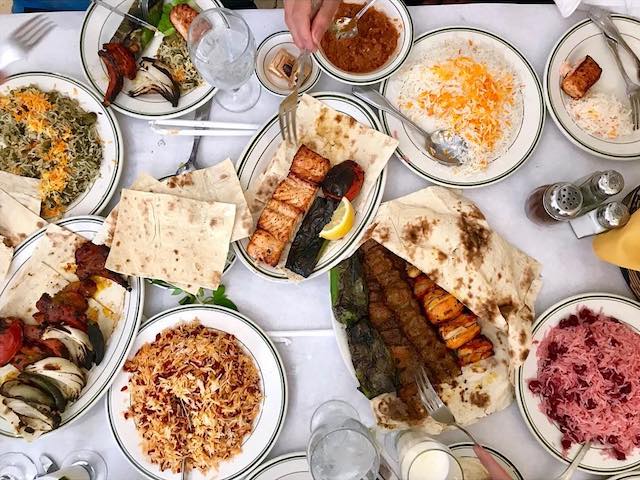