Dominic Bogart must be feeling pretty awesome right now. He’s currently filming the highly anticipated book adaptation of The Glass Castle, alongside Oscar queens Brie Larson and Naomi Watts, and is still riding the wave of being a part of Nate Parker’s The Birth of a Nation, which picked up major honors at Sundance this year.
But it wasn't always fame and fortune for the farm boy turned rising star.
The Ohio-born thespian grew up on a horse farm racing thoroughbreds. After high school, he dismounted the proverbial high horse and joined University of Cincinnati College-Conservatory of Music’s theater program—which he describes as having “a huge intellectual and creative effect."
After a slew of challenging theater roles (Rent, The Grapes of Wrath and even Shakespeare) and successful indie films, I am Not a Hipster (Sundance 2012) and Extracted (SXSW 2012), Dominic is now positioned where he’s worked hard to be—starring in major movies on the big screen. 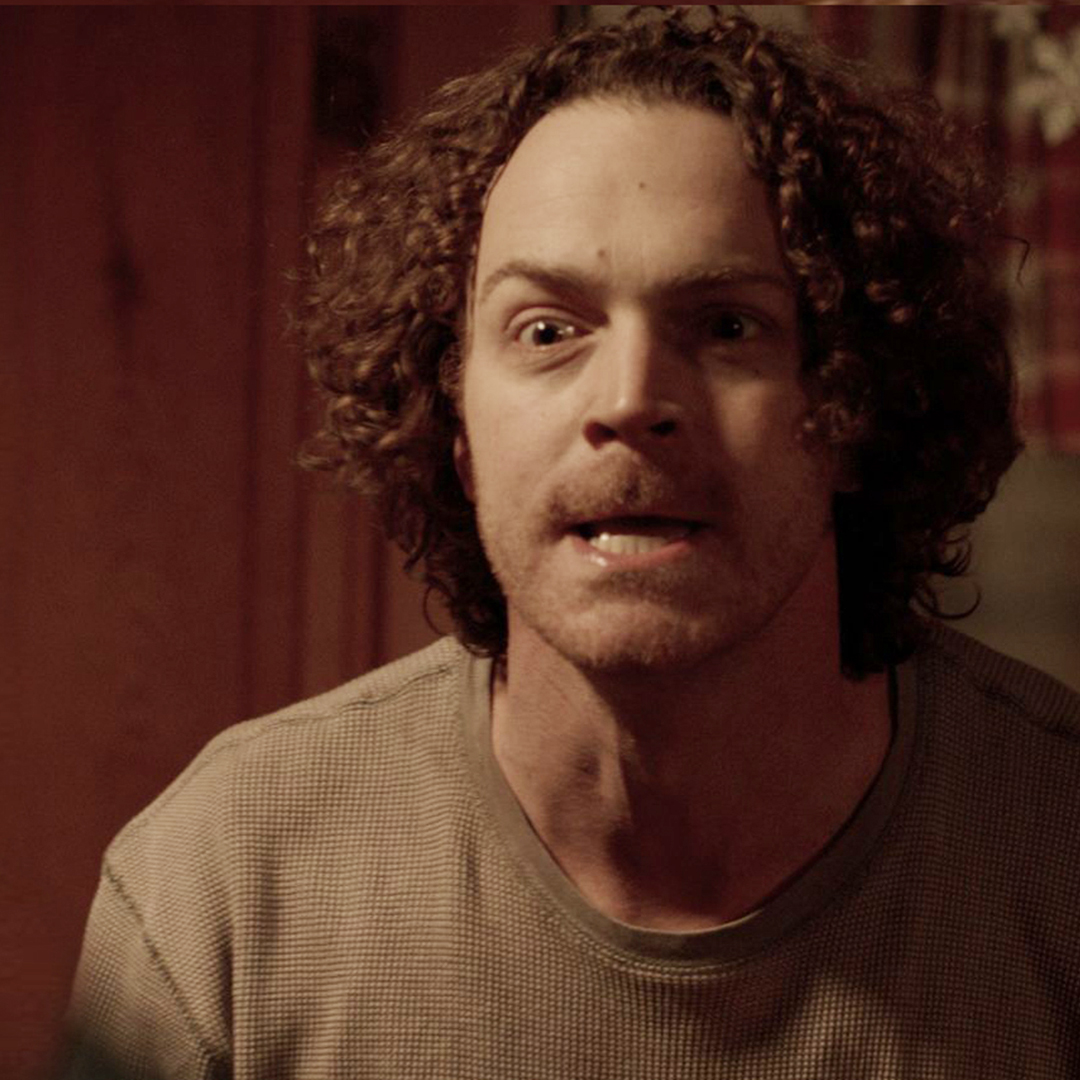 Image courtesy of The Ghost and the Whale 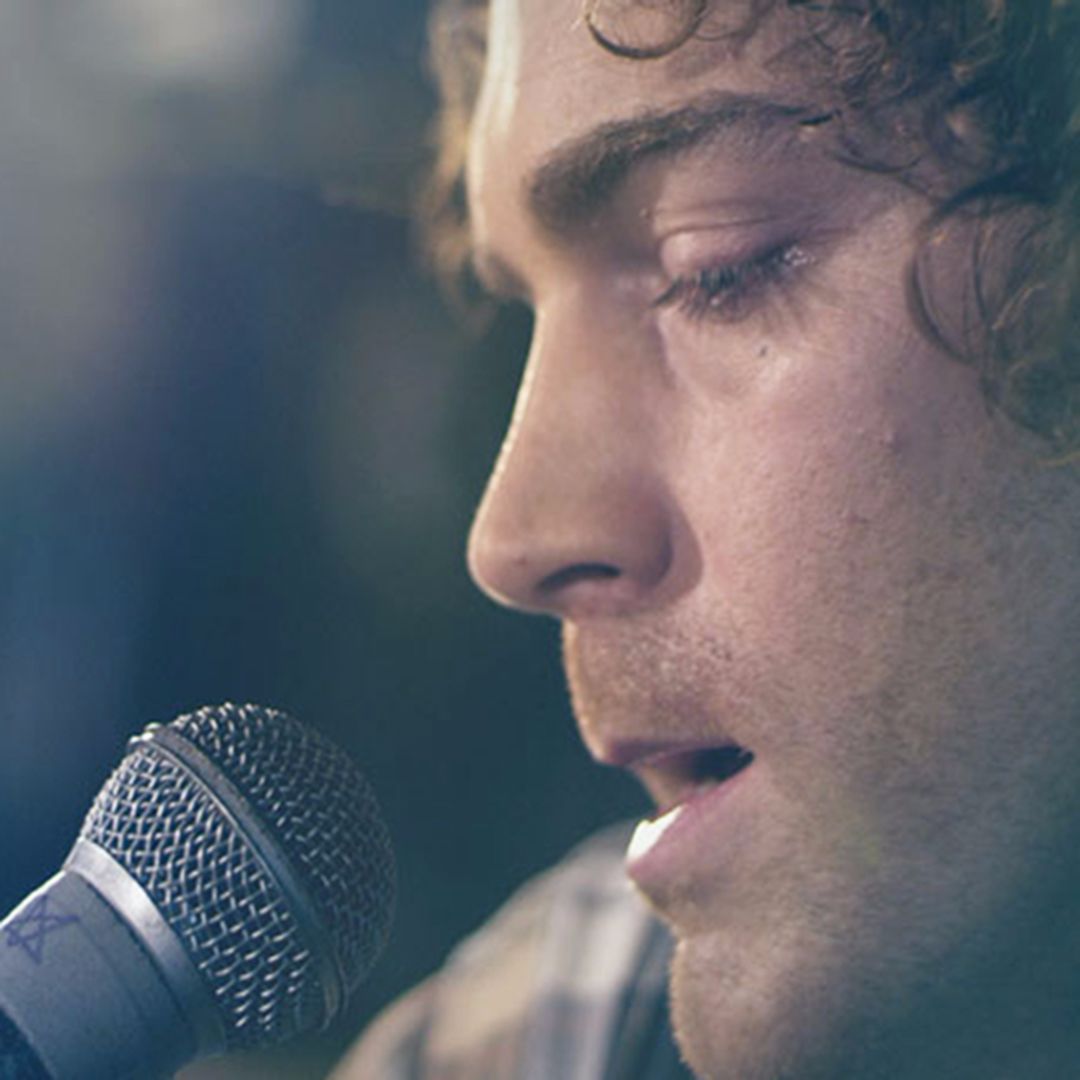 Image courtesy of I Am Not A Hipster

Before he gets too red-carpet ritzy, we grabbed the stage-loving actor for his picks on the best independent playhouses in Los Angeles. Don’t knock it before you’ve tried it people, there’s some extraordinary work out there, according to Dominic:

“I’ve experienced a lot of traction in my career when I’ve joined with new artists in local LA theatre. The small theatres are supported by the creatives themselves because there’s rarely any money on the 99-seat circuit.  It’s “for love of the game” and that makes for some really great work.  Most small theatres specialize in original work from local playwrights and west coast premieres and you can see passionate writers, directors, designers, who are pouring out their souls to share their ideas. They all have a fervor to bring edgy, progressive, and top-notch work to live audiences.”
Exiting stage left to follow the The Glass Castle star’s picks for best Los Angeles theaters to see emerging actors:
Get Citizine Updates Here 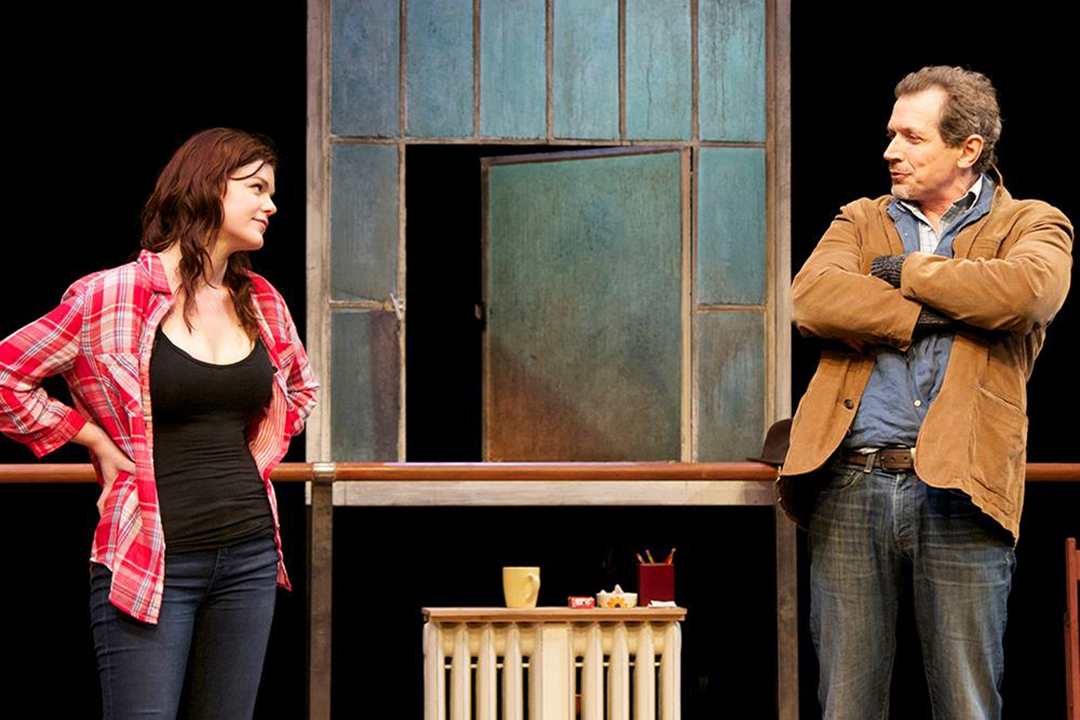 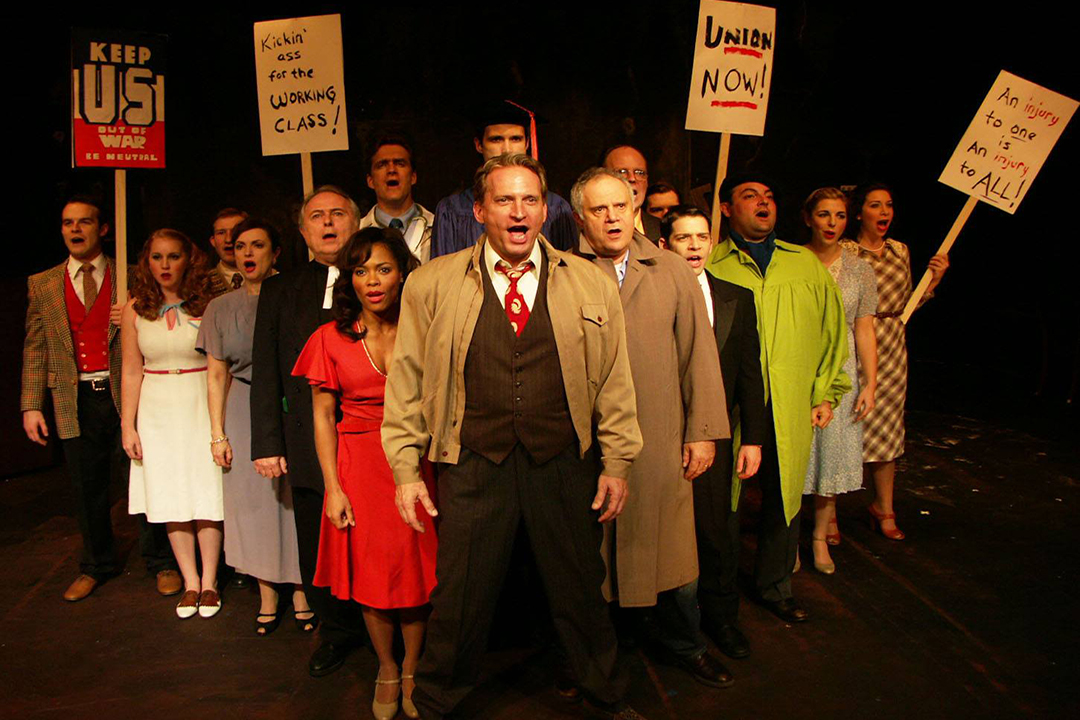 From The Cradle Will Rock. Image courtesy of The Blank Theatre

Pasadena
DB: I saw Stupid F…kin’ Bird. It was an adaptation of Anton Chekov’s The Seagull.  It felt as relevant as its original source material and was a great example of state of the art production design, acting, and playwriting. This small new theatre is as beautiful as any I’ve been to in LA. 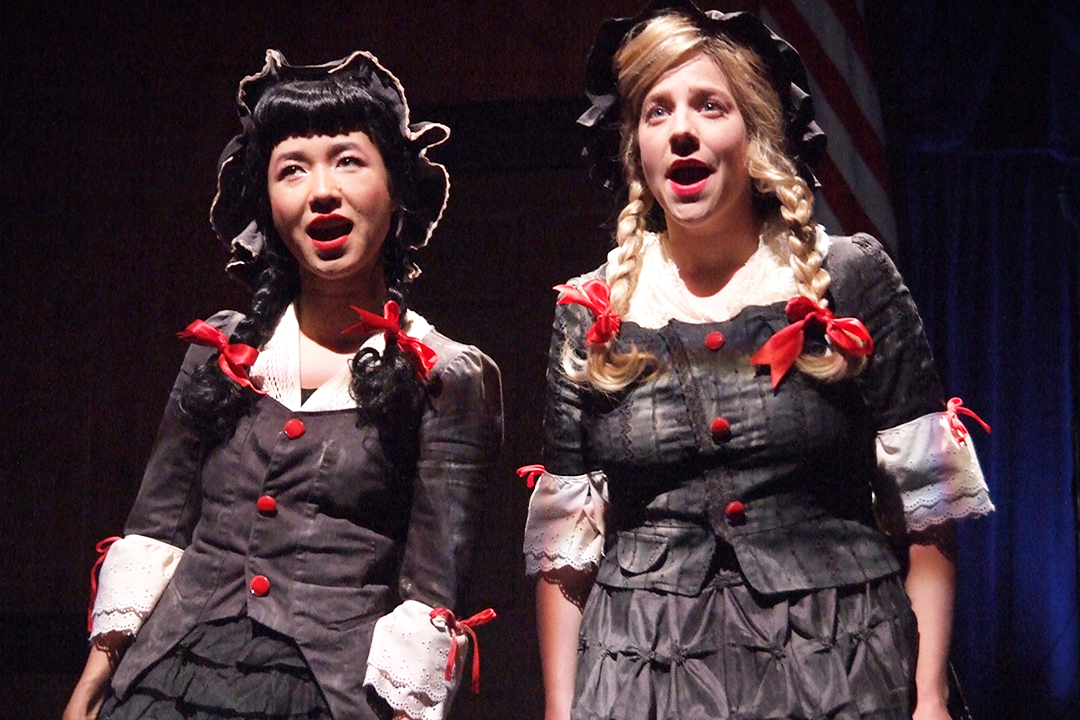 Pasadena
DB: This company is the Los Angeles theater authority on the Bard. I can’t get hired here. They usually bring Shakespeare to the audience in the traditional form so you know. It it ain’t broke… 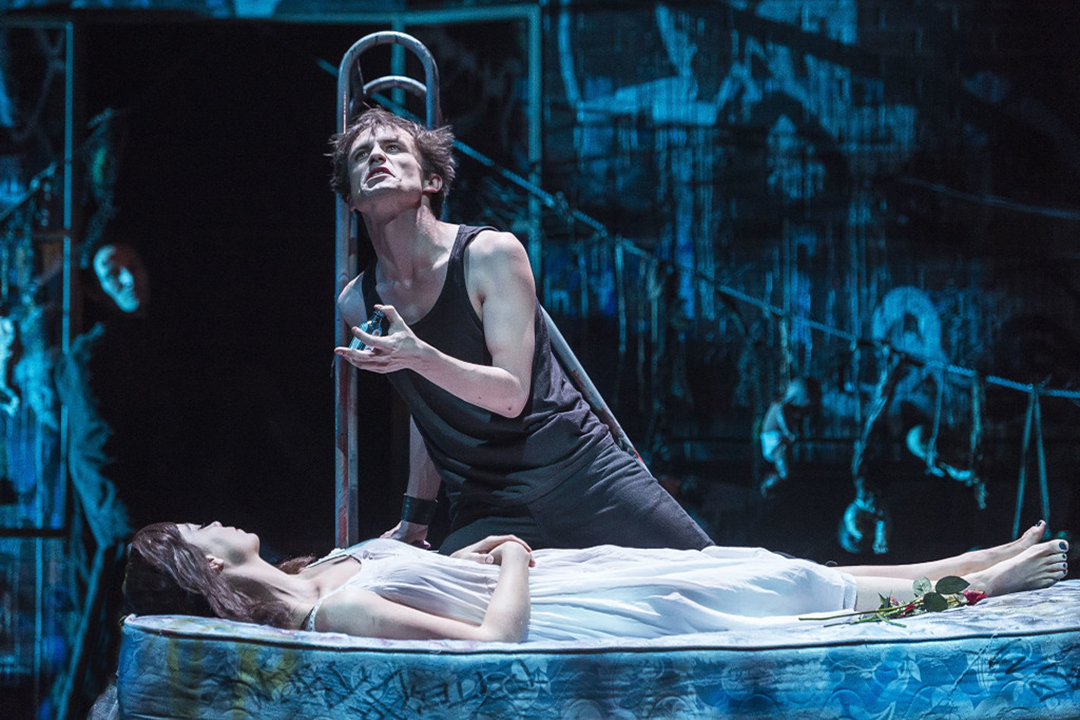 From Romeo and Juliet. Image courtesy of Craig Schwartz and A Noise Within.

North Hollywood
DB: Their unique gift they give to an audience is a visceral sensory experience. The talent (hearing impaired or not) that I’ve experienced there rivals any other Los Angeles theater. Their production of Big River sailed to Broadway, and I was thoroughly shaken and even frightened by their spoken and signed version of Edward Albee’s Zoo Story. 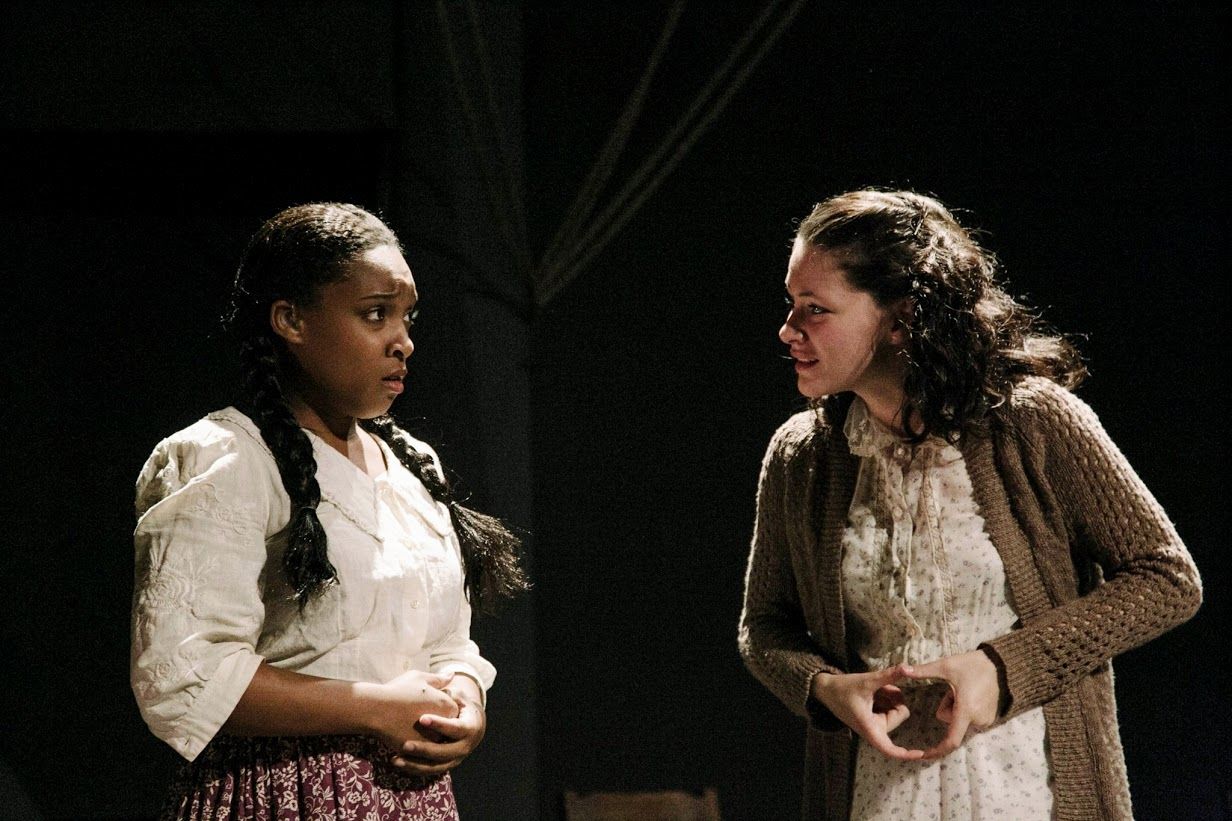 NoHo
A great example of a company bringing classics and art to LA year after year, continuing to build audiences and funds to grow. They’ve developed a great reputation amongst the acting community for training and have a proud membership. They’re always finding new ways to explore Greek classics (ie: The Curse of Oedipus), Shakespeare, and contemporary American playwrights. The passion of the performers on stage is always palpable for the audience. 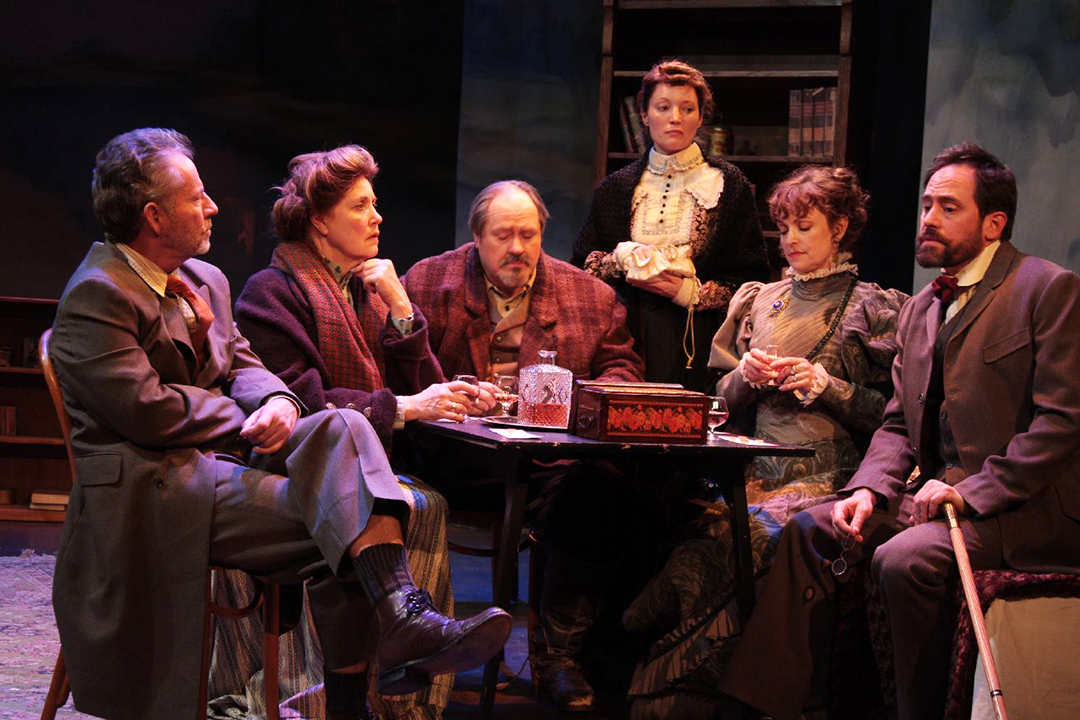 Various locations
I’ve worked with nearly every one of its company members and I’ve always looked up to their success at promoting new artists and new works. One of my favorite plays all year, the Ovation award-winning race dramedy, The Recommendation. 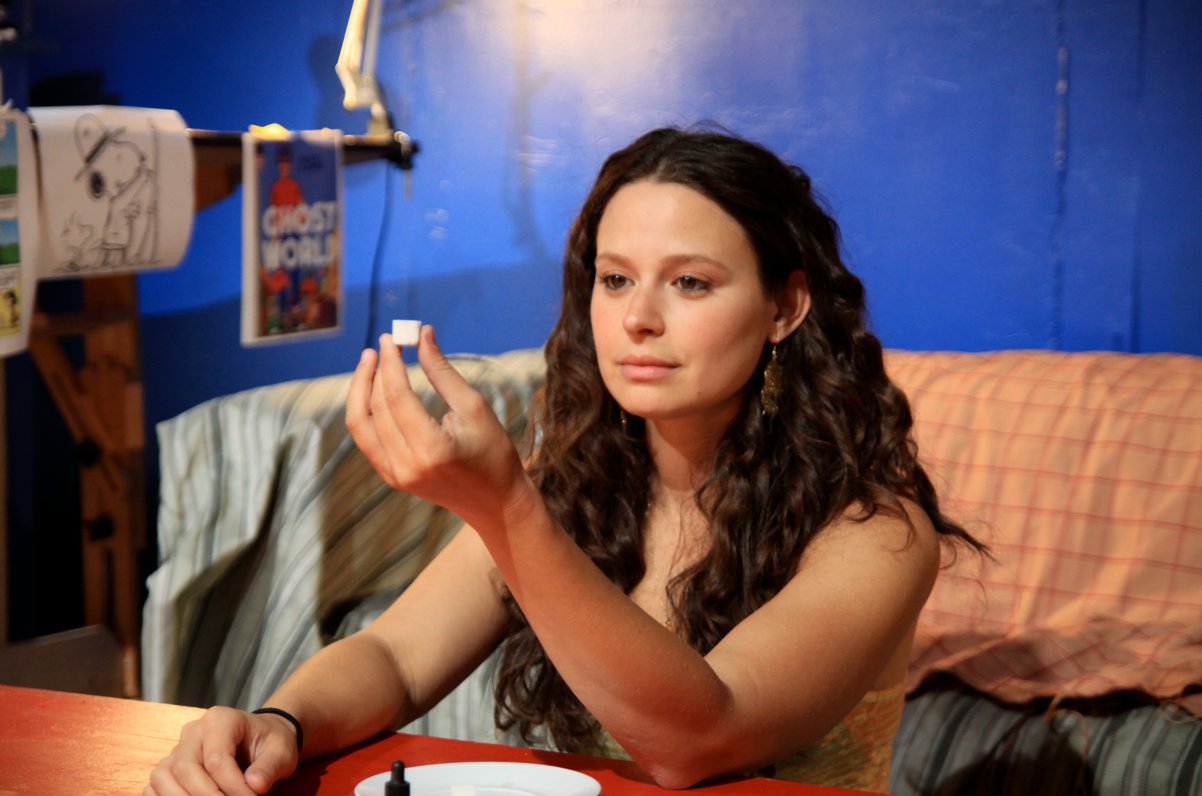 From The Accidental Blonde. Image courtesy of Phil Eisen and IAMA

Mid-Wilshire
They provide challenging plays and West Coast premieres of award-winning plays without the Geffen or Ahmanson ticket prices. It always feels good to get an early look at trailblazing, challenging plays and let them work you over. I’ve seen them do Lebute, Shanley, Rapp, Guirgis, Moses, among others. 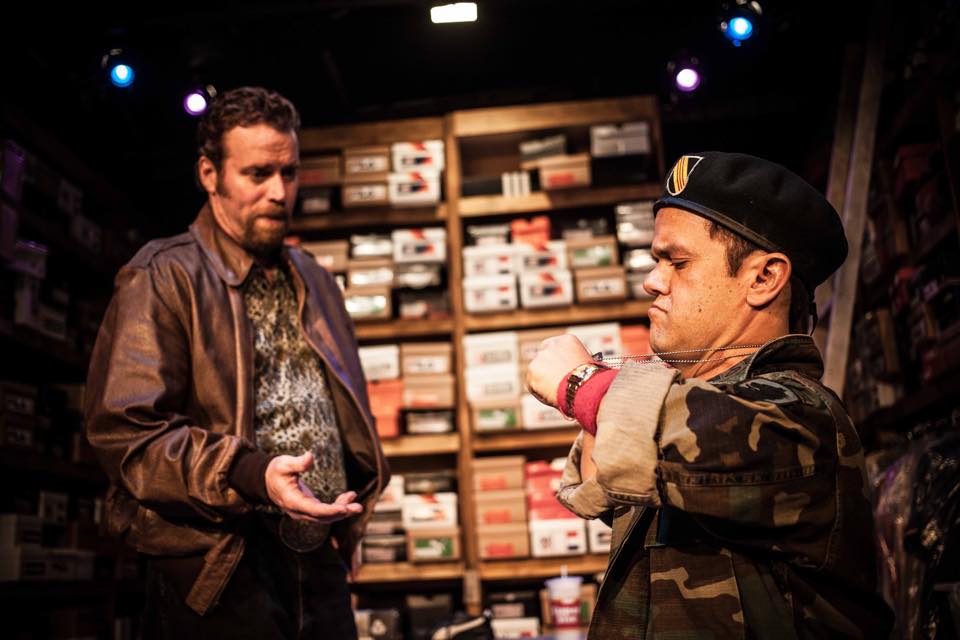 From Gus’ Fashions and Shoes. Image courtesy of VS Theatre Co

And more from the 38-year-old actor, including how he nabbed his biggest role to date, his perfect day in LA and the dream role he’s jonesing to play …

What was it like growing up on a horse farm in Ohio?

Dominic Bogart: I had the pleasure of living on a 90-acre farm in west central Ohio where we raised and raced thoroughbreds. It was a gift to have those beautiful creatures teach me about the natural world. They were so athletic. I’d draw them every day and buck off them regularly.  Looking back, the farm was a paradise and great staging area for my brothers and I who were brought up into sports and performance.

How did the acting bug come about?

DB: I jumped on the bandwagon following my two older brothers to the University of Cincinnati College-Conservatory of Music to study theater. I was fully focused on sports as a kid so I didn’t have a lot of exposure to performing other than watching my brothers do it. I got a look at some high-level performers before I was even sure I wanted to do it, and it felt akin to the high impact rush that I felt on the football field. So it seemed like a great fit. I loved my impressionable professors who taught me about being an artist in society, ecology, script analysis, and shared tools to help me express myself through dramatic performance.

DB: It’s difficult to choose, and it may be a cliché, but I’ve always loved sinking into the plays of Arthur Miller. I can always go back to a Miller play that I’ve performed or studied in the past and find new layers to explore. These contemporary classic characters, stories, and their contexts constantly evolve and remain resonant with our current times and within my own personal maturity because I think Miller rooted them in what it is to be human, a citizen in American society, and common familial conditions and resilience we often experience.

DB: Sweeney Todd, Hamlet or John Proctor in “The Crucible.”  Proctor has to battle sexual temptation, integrity of name (it gives us a much needed bludgeoning over the head), society’s bigotry and proud ignorance, authoritarian corruption, guilt, and he eventually has to choose between his life or his dignity and integrity. Somehow the witch trials bring it home for us all.

In the film, I am Not a Hipster, you played a singer/songwriter. Was that a stretch?

DB: I’ve been singing forever and playing guitar since I was probably 12. Though I hadn’t been in many bands, it wasn’t such a stretch. Director, Destin Daniel Cretton (Short Term 12, The Glass Castle), and composer, Joel P. West, along with a ton of  friends, artists, and family, came together and made a touching, raw, and honest drama with music. Real music! We formed an original band, Canines, made a great folk rock album, and played festivals, concert halls, screenings at Sundance, house parties, bars, rooftops, and car dealerships all over the country.

You got to work with Nate Parker’s on his Sundance prize-sweeping masterpiece, The Birth of a Nation. How was that experience?

DB: I’d met Nate a couple years ago in an acting/directing workshop and he wanted to explore some pivotal scenes from his script. We bonded over our own experiences of racial unrest and the need to get this story out there in order to expand the conversation about racial injustice.  Shortly after, he asked me to do a mock shoot where he could practice his directing with a skeleton crew and experiment with visual ideas. Once the film went into production, he gave me a call and I was honored to be asked to take part in the film. On set, Nate was a courageous leader and was there every step of the way to bring every player to the core of the ugly issues the film was exploring. I’ve never been on a set that was so steadfastly charged and prepared to face such difficult subject matter.

Ok, The Glass Castle. Tell us everything!

DB: The Glass Castle’s director, Destin Daniel Cretton, and I have been friends and have worked together, for over 10 years (including “I am Not a Hipster”). His graduate thesis short was the first film I shot after moving to California. Destin’s a loyal friend and artist that’s whipped up a successful recipe of trust and communication with those he works with on his projects. He’s really genuine and I’ve always counted myself fortunate whenever I’ve gotten to work with, and spend time with, him and the family. With The Glass Castle, producer Gil Netter and Brie Larson were already game for my involvement, but we had to convince some other ‘powers that be’ who weren’t familiar with my work. Destin suggested we edit together a reel from a couple of my recent films that shared parallels to my character in “The Glass Castle.”

So what does Dominic Bogart’s perfect day in LA look like?

DB: I sleep in (day off from survival job hell), then bring a good book for coffee and quiche at Republic Of Pie in NoHo, head to Little Armenia to my friend John’s studio to shoot a scene for a project while sipping on some High West whiskey and watching the latest cut of his upcoming doc on stuttering. Then, I hit up my friend Carson down the street in Hollywood to play with his kids and lay down vocals on scoring tracks he’s working on. At night, I’d head to Hunan Cafe, The Mint, Harvard & Stone, or The Echo for live tunes.
"The Glass Castle" film is set to release in 2017. In the meantime, find out what Dominic’s up to at dominicbogart.com.
++++++++++++++++++++++++++++++++++++++++++++++++++++++++
Belinda Gosbee is an Aussie writer, actress and coffee snob based in Los Angeles. Madly in love with Arthur Miller, she salutes Dominic Bogart for his impeccable taste. Follow her jaunts on Twitter @belindagosbee or Instagram @gos22.