Where to catch your favorite bands if you actually want to see them.

It's a scene that's unfolded one-hundred-and-one times: you're going to see your favorite band, but end up getting stuck staring at the back of a sweaty neck as the crowds converge on you. That, or you're dead in the middle and found the perfect spot, but it's too bad the audio is so bad that you can make out just about as many words as if the band was driving by you on the freeway in rush hour traffic.

Get Citizine Updates Here
The recipe for a great small venue is simple, but so hard to execute. You can't fake that slightly sticky floor with the faint scent of beer in the air or the guarantee you'll be able to make literal eye-contact with your favorite artist thus making the night most intimate. With one piece of criteria—that there will be, at most, only 499 other people at the show—these LA venues do it right.

Downtown
The D.I.Y. scene downtown is rooted in this all-ages venue. You may have seen the #savethesmell campaign when they were notified that the venue would possibly be losing their building, but LA rallied for The Smell and their 19-year history, and they've gathered close to 10,000 signatures and raised over $96,000 to this day. The floor shakes with bass, it's supremely sweaty, and has a vibe that can't be replicated. People fight for what they love, right?

Westlake
Walking up to the front of the Bootleg, you'd never guess what it holds inside. This warehouse-style space hosts live theater, music, and dance performances, focusing on diverse communities within Los Angeles. There are snacks at the bar, drinks are cheap, and there's some seating in the back of the dancefloor if you need to rest-up before the headliner.

Silver Lake
There's a reason artists like Jenny Lewis, HAIM, Kendrick Lamar, and Jamie XX have graced this venue. In the heart of Echo Park on Sunset Boulevard, the Echo is an intimate space with a huge patio out back and PBR on tap.

Highland Park
Every good neighborhood has a great venue and Highland Park is no expection. As it becomes a destination for foodies with restaurants like Joy and Blackbird Pizza Shop popping up along York Boulevard, The Hi Hat continues to hold its own against other LA venues. Its divey in all the best ways, has some seating in the back, and has the approval of Weezer's own Rivers Cuomo. To top it off, there are pool tables, a great beer selection, and you're guaranteed to never be more than 20-ish feet from the band.

Hollywood
It's a Masonic Lodge. What else do you need to get yourself here ASAP. Part of the historic Hollywood Forever Cemetary, the Lodge lived its past life as Southland Lodge No. 617. Often lit primarily by candlelight, the only word to describe the acoustics and feeling here is transcendental.

Silver Lake
The Satellite has a healthy blend of live music and themed dance parties. Known for their free Monday night residency shows, bands like Local Natives have paid their dues at the Satellite. Saturday nights are Dance Yourself Clean, a night packed full of indie pop and opportunities to shimmy.

West Hollywood
A WeHo classic, the Troubadour has been part of the city's (and country's) music scene since 1957. The roster of musicians that have played it (and even gotten their start here) runs deep, with highlights like Joni Mitchell, Bob Dylan, The Doors, and Elton John. This is hallowed rock 'n roll ground.

Frogtown
A Brooklyn transplant, Zebulon has one of the best dance floors that most people don't know exists. Tucked between Silver Lake and the LA river, this venue rings true on the cafe portion of its name with a menu that has all your bases covered: from charcuterie, to baba ghanoush, to classic garlic rosemary fries.

Largo at the Coronet

West Hollywood
This seated venue has a classic auditorium feel, but the talent booked is way better than your middle school band playing The Rainbow Connection on trombone (which, hey, if you're into that...). The typical show involves a mix of comedy and live music. Jon Brion calls the type of sound celebrated as "unpopular pop" and says that there is a focus on the lyrics with the artists chosen because "we're all song sluts here."

Little Tokyo
Practically on the banks of the LA River, the Moroccan Lounge came from the same team behind The Teragram Ballroom. Michael Swier, who operates the Moroccan with partner Joe Baxley, has also left his mark on New York with the Bowery Ballroom. With his sights set on LA now, he's become part of a thriving independent venue scene.

Arts District
This beer garden and venue in the Arts District is more than just one of the best patios in town. There's live music practically every night, an expert cocktail program, and one of the most insane bouganvillea blooms we've ever seen. 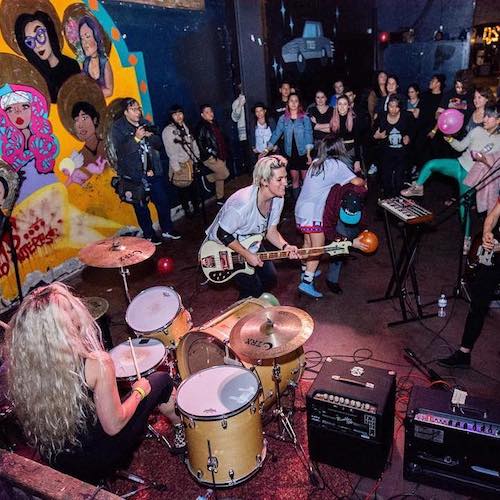 The Smell courtesy of @cindysuk 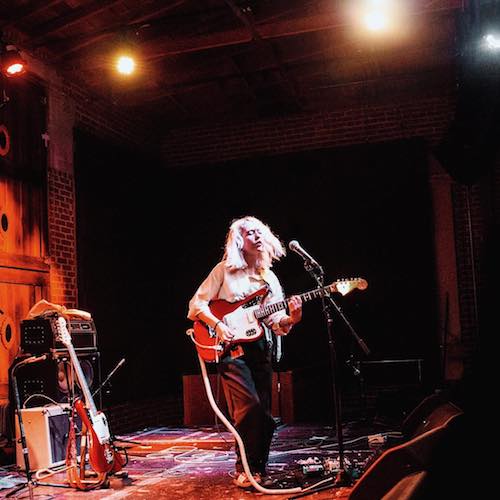 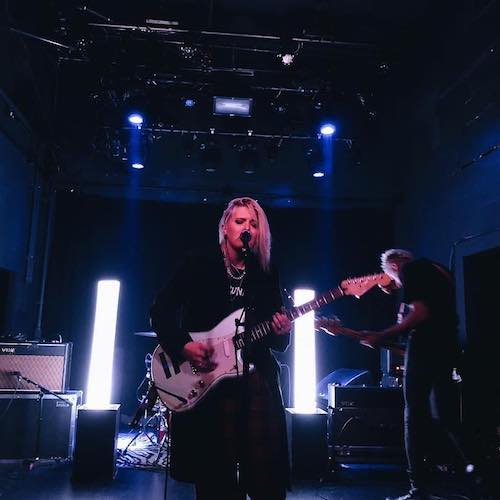 The Echo courtesy of @thelightingtho 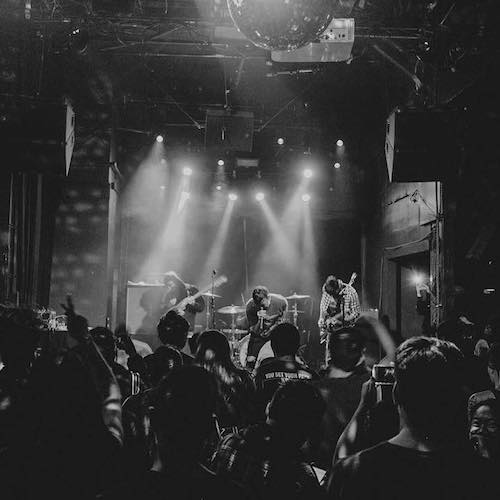 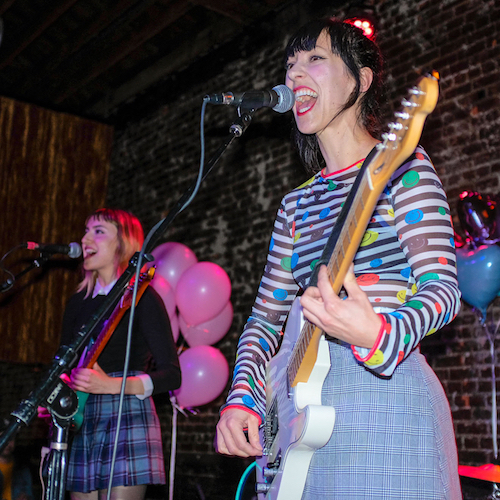 The Hi Hat courtesy of @don__morris 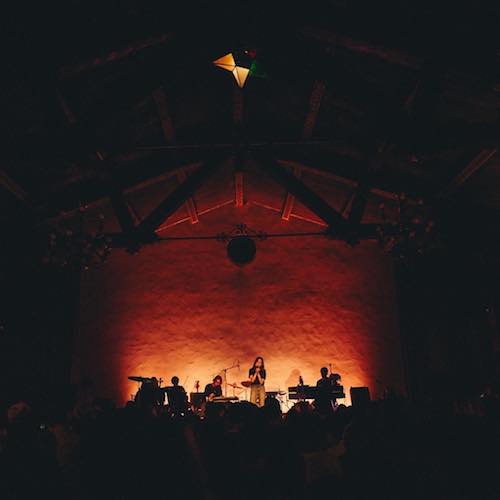 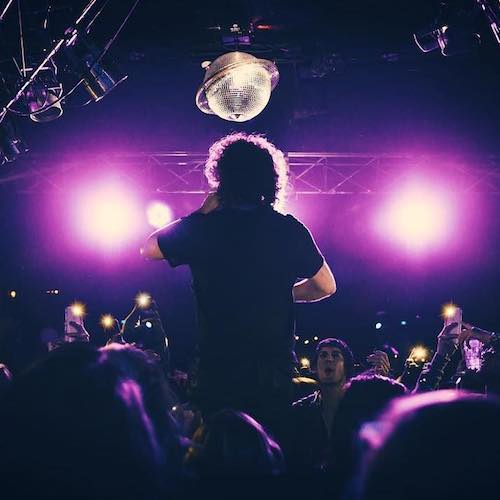 The Satellite courtesy of @luminofficial 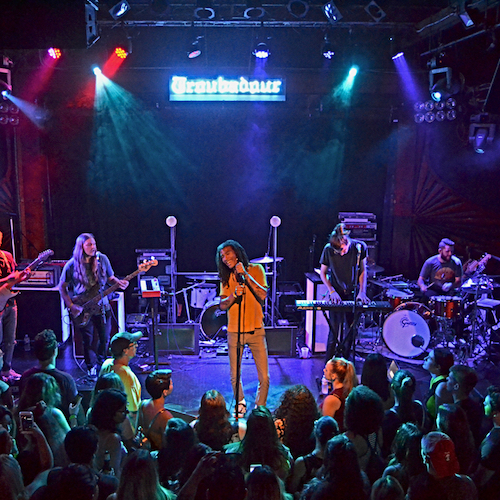 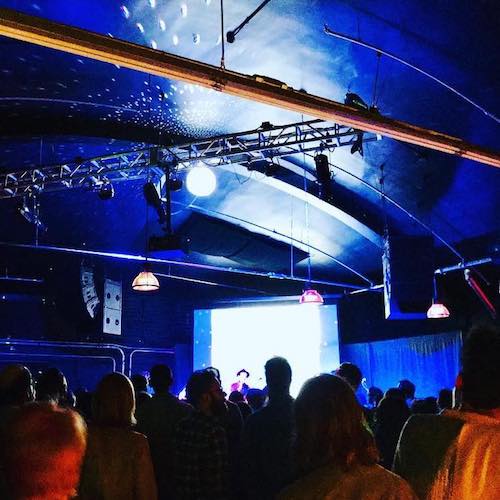 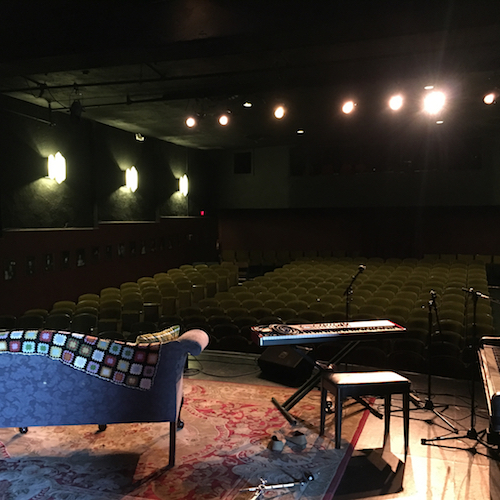 Largo at the Coronet courtesy of @bobmervak 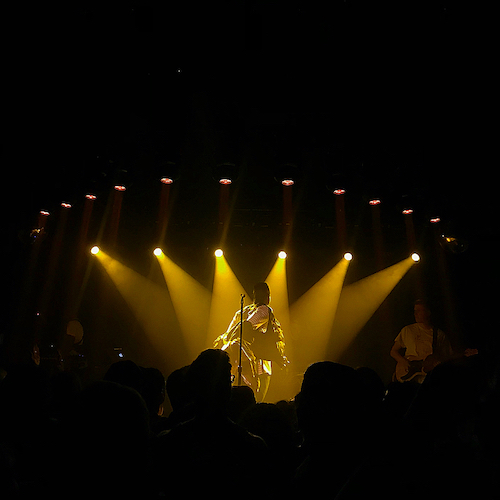 The Moroccan Lounge courtesy of @breenaberck 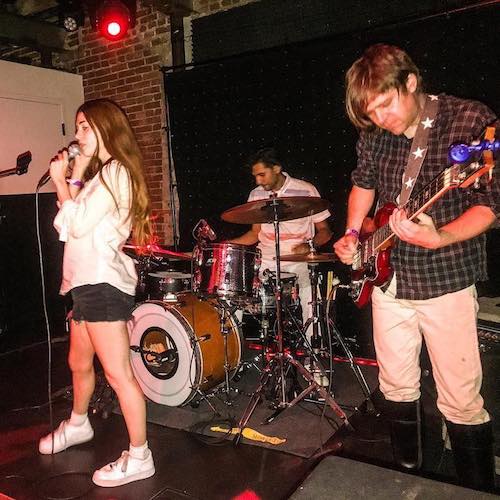