Strap on an ice pack (or put lettuce on your head as one of our staff members does) and face the heat. You don’t want to miss this weekend’s sweet, sweaty lineup …

With the exception of a slight detour to Pasadena,  DTLA is the place to be this weekend—and are you even surprised? Before you start grumbling about traffic and expensive parking, just accept it. Crash in that one friend's DTLA loft so you can catch a street art party spun by Toro Y Moi, slide down LA’s tallest skyscraper or enjoy a bike ride laced with design+dim-sum:
Get Citizine Updates Here

BET Beats
From: BET Experience
As one of the only pre-awards show parties open to the public, the four-day event features tons of concerts—plus a comedy show and a star-studded basketball game—with performances by legends like Usher and Lil Wayne. The big bash ends on a high note with the BET Awards show on Sunday, June 26.
Deets: L.A. Live; Tickets, concert locations and event times vary, check website for specifics. 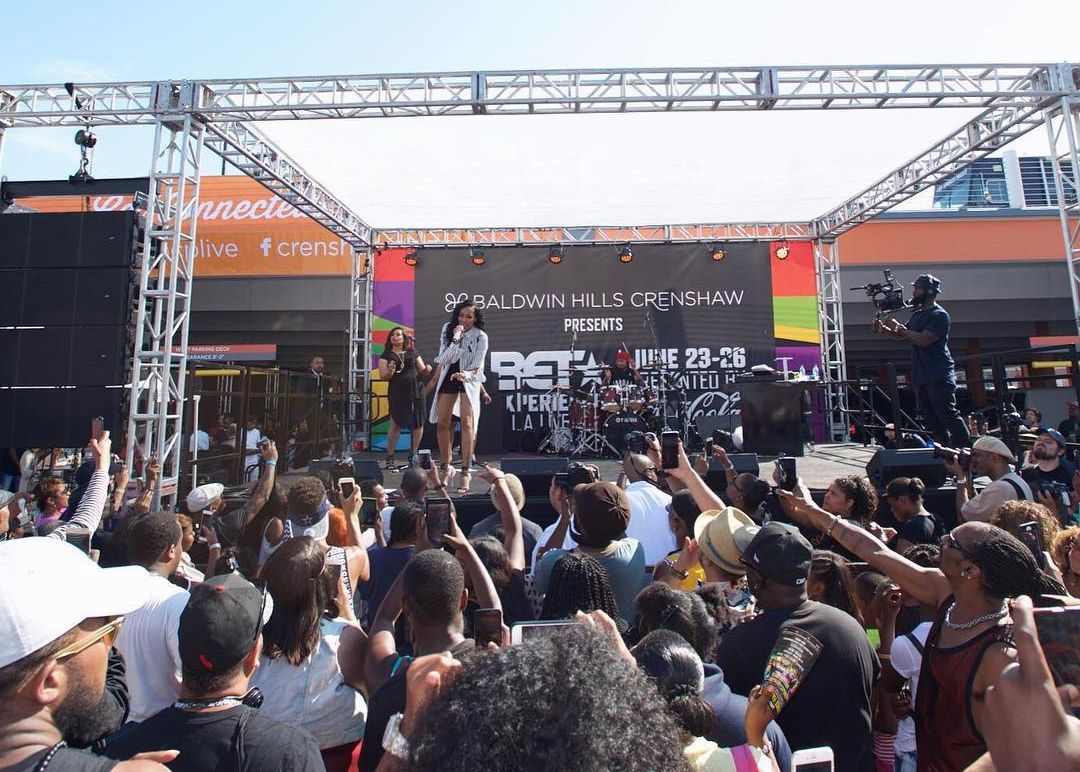 Street Art Party
From: Lennox & A'Shop
Hey, look at us! Once snubbed for an anemic cultural landscape, LA can now lay claim to Degrees of Perfect—the city’s first street art-meets-engineering exhibition produced and curated by Lennox. Five different murals will be featured by street artists Bacon, Dodo Ese, 123KLAN, Slick and ZEK ONE. And what’s a slick street art party without good jams? DJ set by Toro Y Moi and a special guest will be on deck. If Toro Y Moi isn’t the actual surprise guest, then you know this is bound to be epic.
Deets: The Container Yard, Doors open at 8 p.m.; Admission is free.
What else to check out while you’re near? Here’s our handy DTLA Arts District Guide. 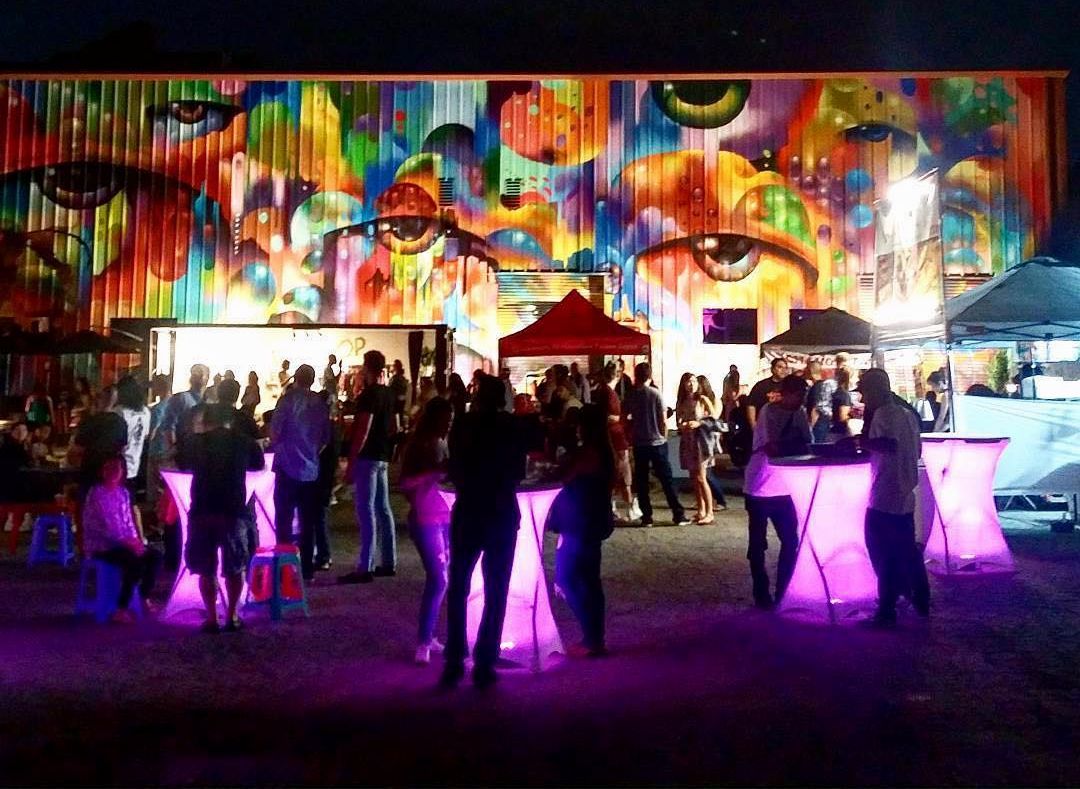 Get High
From: CBS LA
OUE Skyspace LA—California’s tallest open-air observation deck—is finally opening atop the U.S. Bank Tower. It’s no coincidence that the Tower is also LA’s tallest building. Swoon over the 360-degree cityscape or scare the acrophobia right out of yourself with the Skyslide. Exactly as it sounds: a 45-foot enclosed glass slide that attached to the outside of the building at 1,000 feet up. Don’t worry, your 3rd-grade playground had more dangerous thrills. The all-day opening party includes food trucks, a beer garden and live music.
Deets: U.S. Bank Tower; Grand opening block party from 10 a.m. - 11 p.m.; Skyspace admission is free on June 25, otherwise tickets start at $19, get ‘em HERE.
Need some more thrills in your life? Adrenaline junkies, we see you: LA’s Most Extreme Adventures. 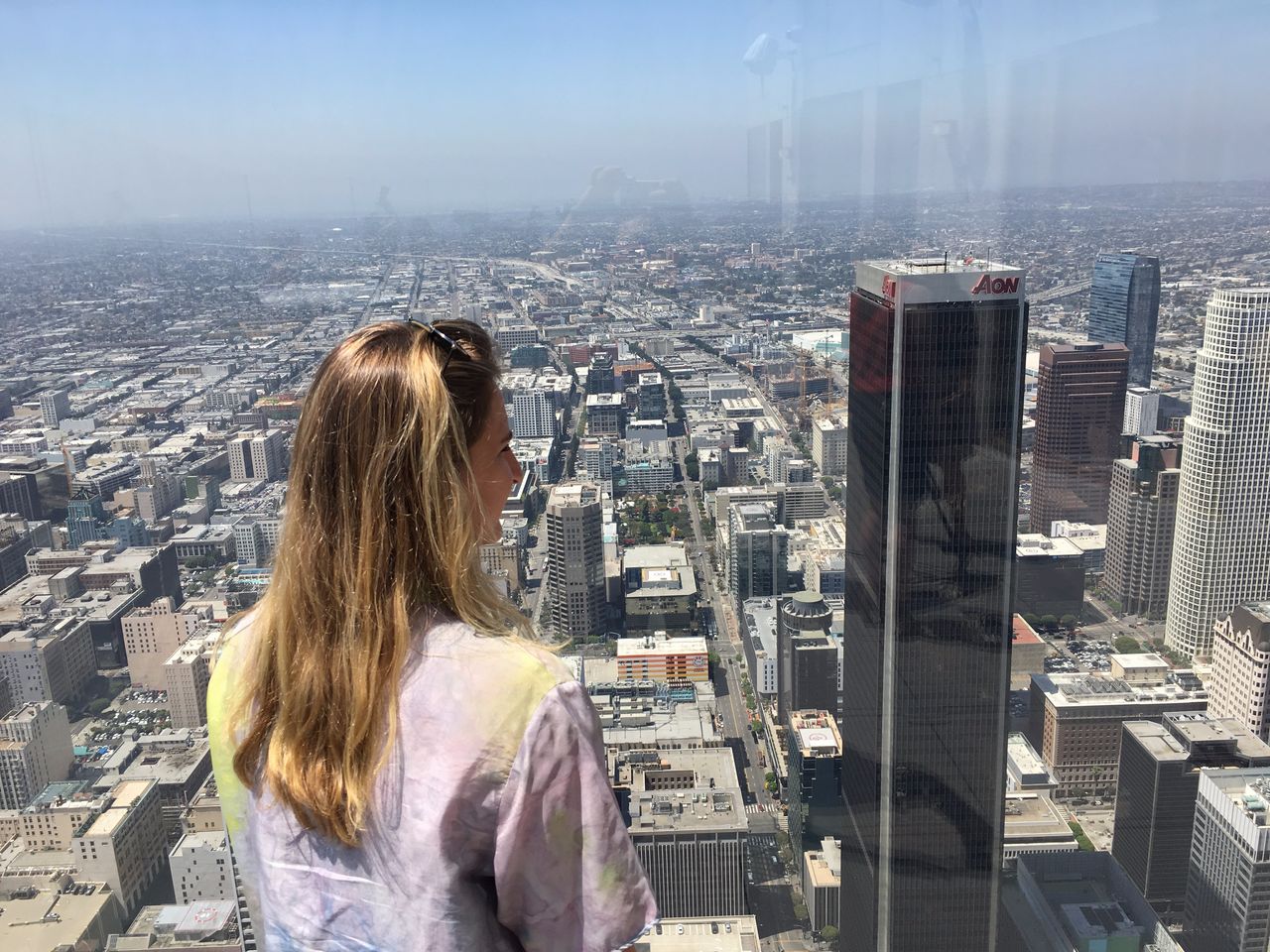 Puns of Non-Partisan Politics
From: The Slot
Whether you’re in the election fever or election go-fuck-yourself camp, Politicon has something irreverently bemusing for all. What’s not to love about seeing Ann Coulter’s fangs in the flesh as she spars with Van Jones? And just as sure as you can rely on Trump (not present) for an endless supply of eye-rolling observations, satire will be flowing throughout the unconventional convention’s lineup with creators and comics from The Daily Show, SNL, The Nightly Show and more.
Deets: Pasadena Convention Center, 11 a.m. – 8:30 p.m.; Admission starts at $15; Get tickets HERE. 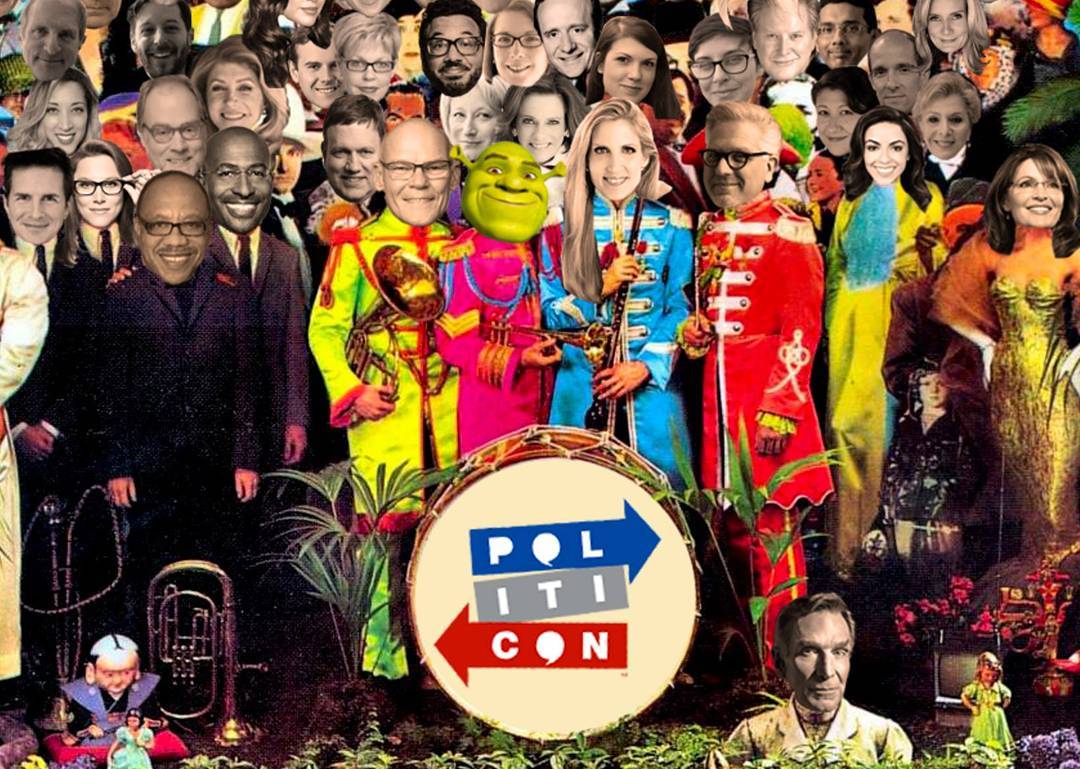 Draaaankkks!
From: Art Beyond the Glass
Boozehounds unite! The cocktail (as in buckets of cocktails) party of the year is here. Art Beyond the Glass, the annual drinking-for-a-good-cause event, features dozens of the city’s best bartenders shaking up creative takes, from potent punches to boozy ring pops. Plus, there’s a silent auction and usually some pretty wild live entertainment. Since its inception five years ago, Art Beyond the Glass has raised more than $57k for local nonprofits. So go ahead, invite friends, hail a Lyft there and join the raucous party in the DTLA Arts District
Deets: Resident Bar; 2 p.m. – 7 p.m.; Tickets $60 and includes all drinks, get ‘em HERE.

And if you’re curious where Randy Tarlow, Resident’s head bartender, likes to go for drinks in DTLA, read on HERE. Or just ask him in person at the event. 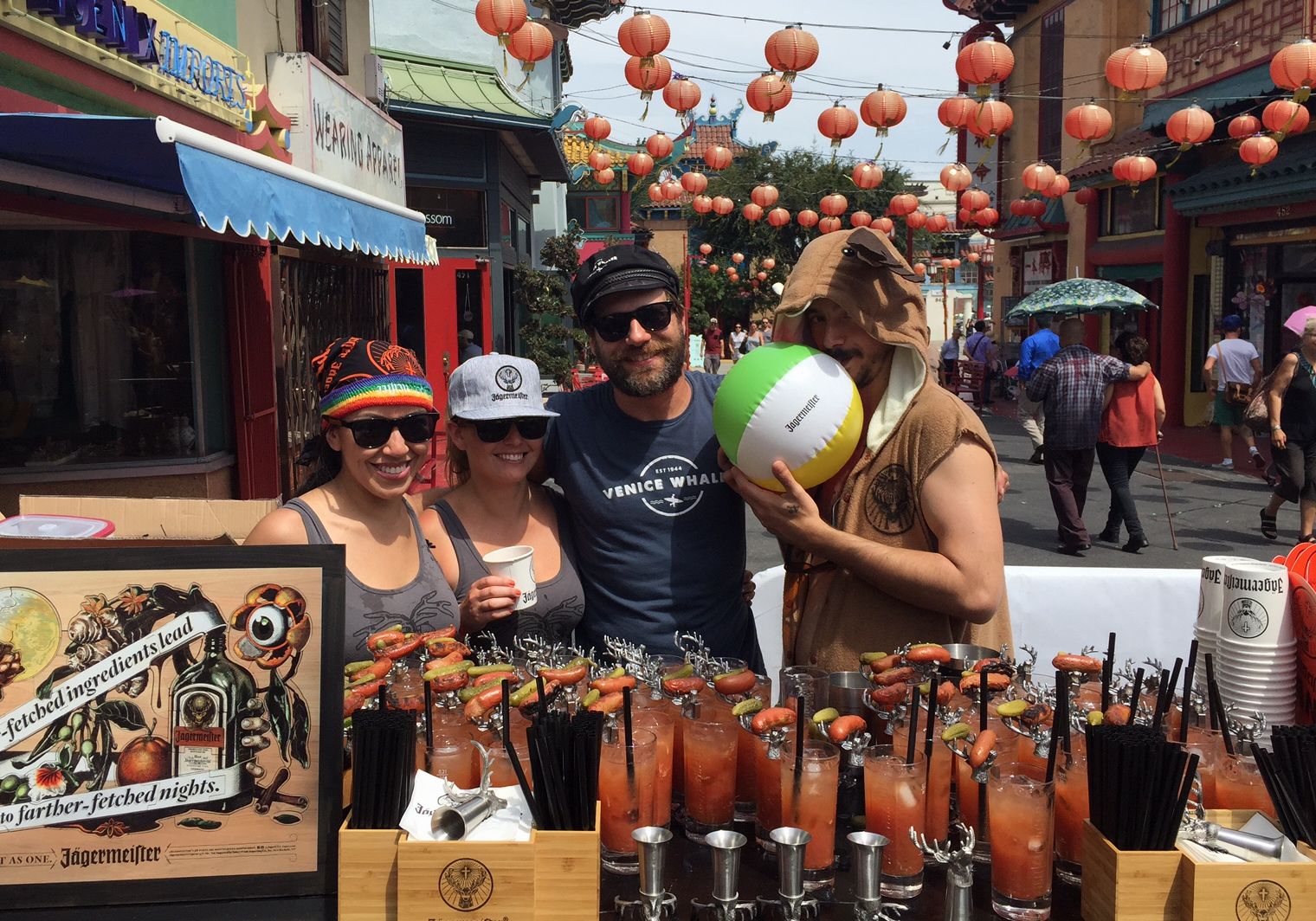 Biking ‘n Bao
From: TimeOut.com
As part of the Dwell on Design fest happening at the LA Convention Center this weekend, the Design-n-Dim Sum bike ride, organized by Design East of La Brea (deLab), is always one of the highlights. Visit artist studios and galleries, like 356 Mission, by bike. After three stops, the ride ends with a delicious dim sum lunch at Golden Dragon Restaurant.
Deets: Bring your bike and meet up at 10:30 a.m. at Flying Pigeon bike shop; It’s $15, including lunch. Get tickets HERE.

Want more design-centric spots to check out in LA? Peep a Design Lover’s Guide to LA. 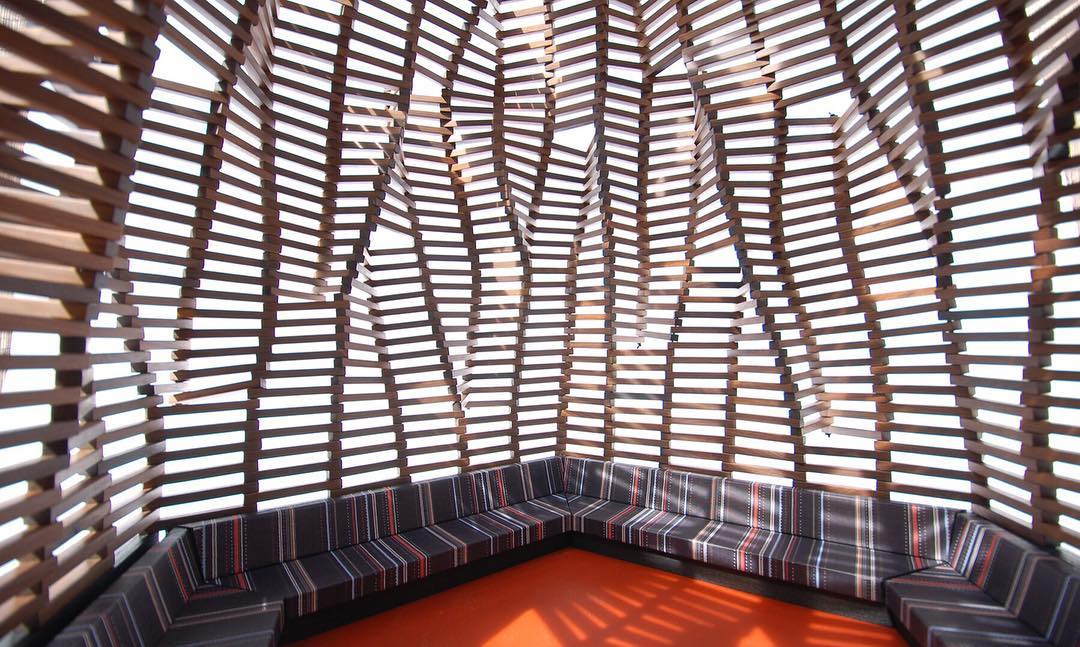