A weekend of diverse activities is upon us, which backs up the age-old theory that there really is something for everyone in Los Angeles. Beer-fueled cat lectures, classic Hollywood films on the silver screen, a beach party for corgis, a celebration of Dolores Huerta, roller skating with Dumbledore's army, live music ... nope, you’ll never get bored living here. It’s all happening, Los Angeles.
Get Citizine Updates Here

Dame Darcy! History's Greatest Cat!
Cat whisperer Paul Koudounaris wants to teach you all about history’s greatest cat alongside a live performance by Dame Darcy (artist, musician and author of Fantagraphics Comic series, Meat Cake). Koudounaris claims this will be his last feline lecture in LA for a while, so cat lovers should make this a priority.
Deets: 9:30 p.m. - 1 a.m.; Hyperion Tavern; FREE; More info HERE 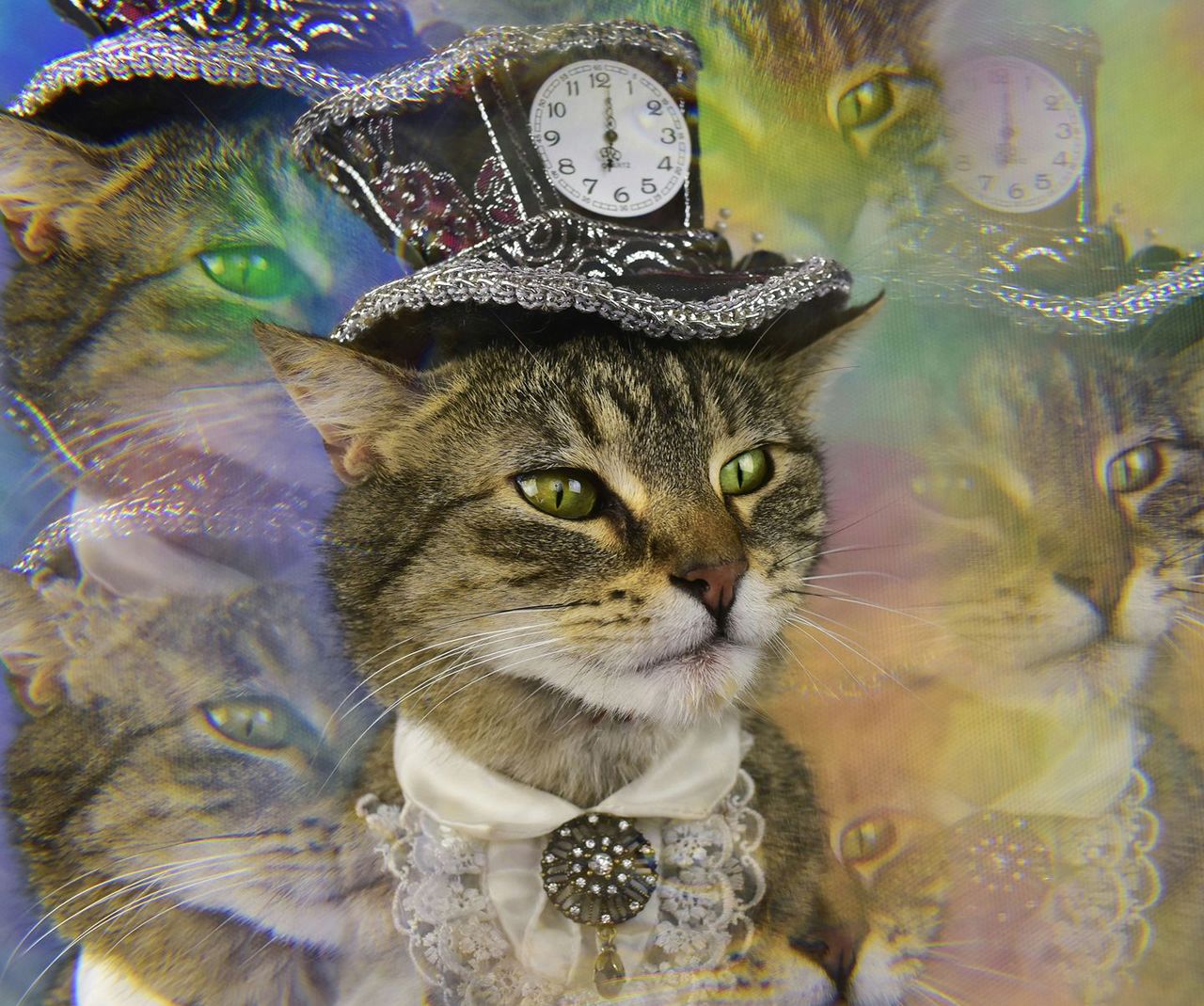 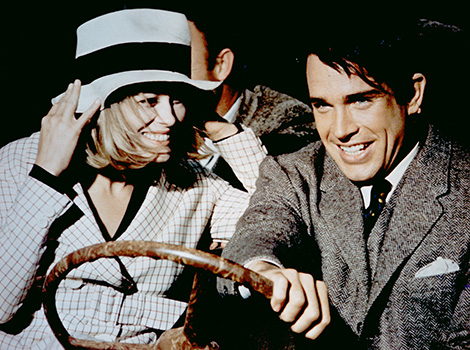 SoCal Corgi Beach Day
Oh, to be a corgi. Not only is the breed the royal dog of choice, but they even get their own yearly SoCal beach day — complete with a talent show, corgi limbo, corgi eating contest, corgi “best momo” (butt) competition, a corgi bacon bubble pavilion and a costume contest — this year’s is Tiki-themed! Human plus ones are encouraged to dress up too. Donations welcome with 100 percent of the proceeds benefiting QBSDR dog rescue.
Deets: 10 a.m. - 3 p.m.; Huntington Dog Beach; FREE (but donate!); More info HERE 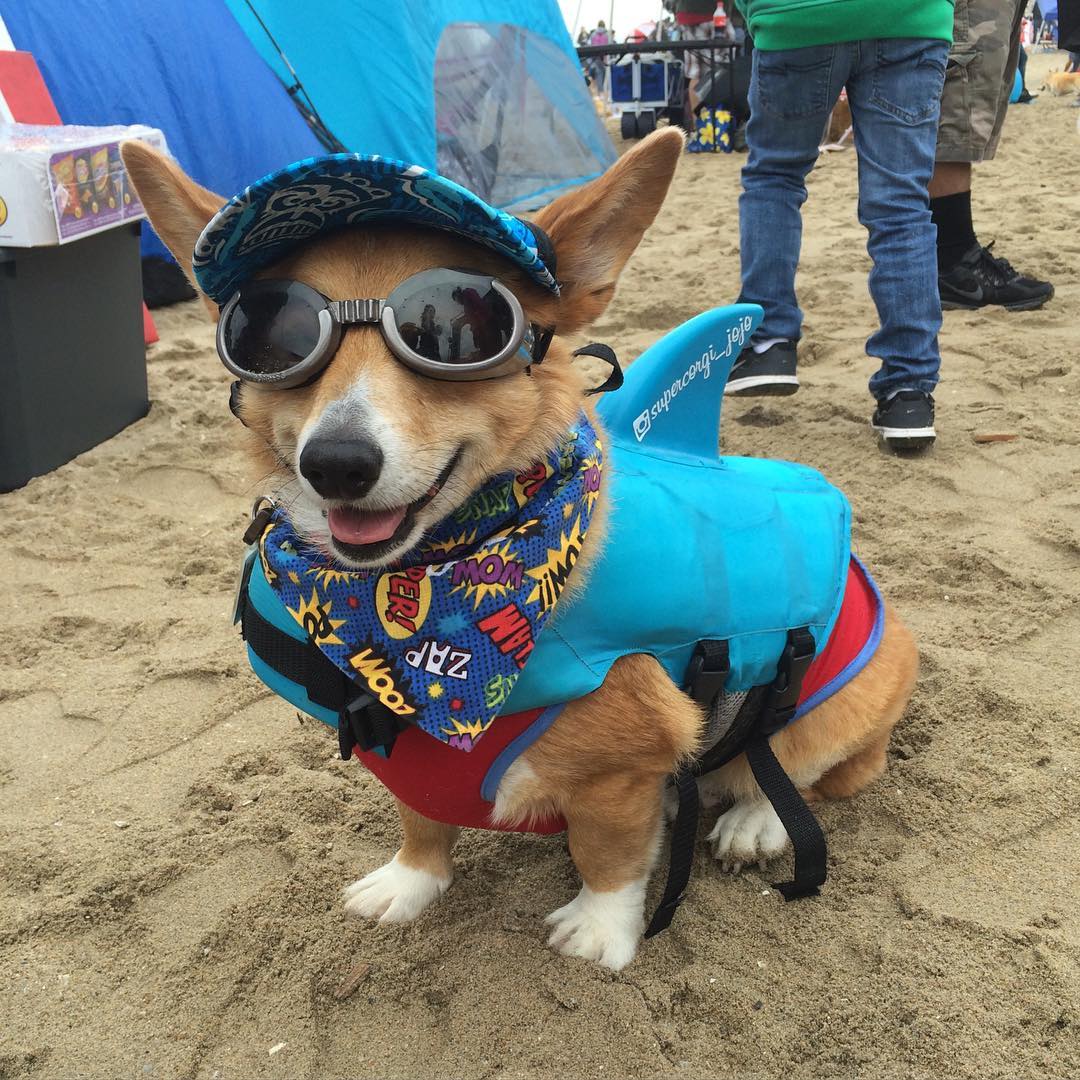 6th Annual Harry Potter Roller Skating Night
If there’s something that Harry Potter never fails to deliver upon, its unstoppable fans across every nationality, age and persuasion who will always find an excuse to congregate. This week, the draw is roller skating brought to you by Los Angeles Dumbledore's Army (the second largest Harry Potter fan group in the world). The 6th Annual Roller Skating Night will involve music from the films, wizard rock, a costume contest, merch, games, raffles and (it should go without saying) butterbeer.
Deets: 8 - 11 p.m.; Moonlight Rollerway; $15, includes skate rental; More info HERE

LA Beer Fest
With eighty breweries and 200 beers to sample, it’s gonna be a long, boozy, snoozy afternoon in the sun at the annual LA Beer Fest on Saturday. Last year sold out, so secure a ticket ASAP. GA tickets include unlimited beer tastings or the limited Connoisseur's ticket will get you air conditioned bathrooms(?!), an indoor/outdoor event deck and limited-edition beers. There will also be plenty of food trucks and live entertainment. Proceeds will benefit Noah's B-ark Dog Rescue.
Deets: Choose a session: noon - 3 p.m. or 5 - 8 p.m.; Los Angeles Center Studios; GA $45 or Connoisseur $80; More info and tickets HERE 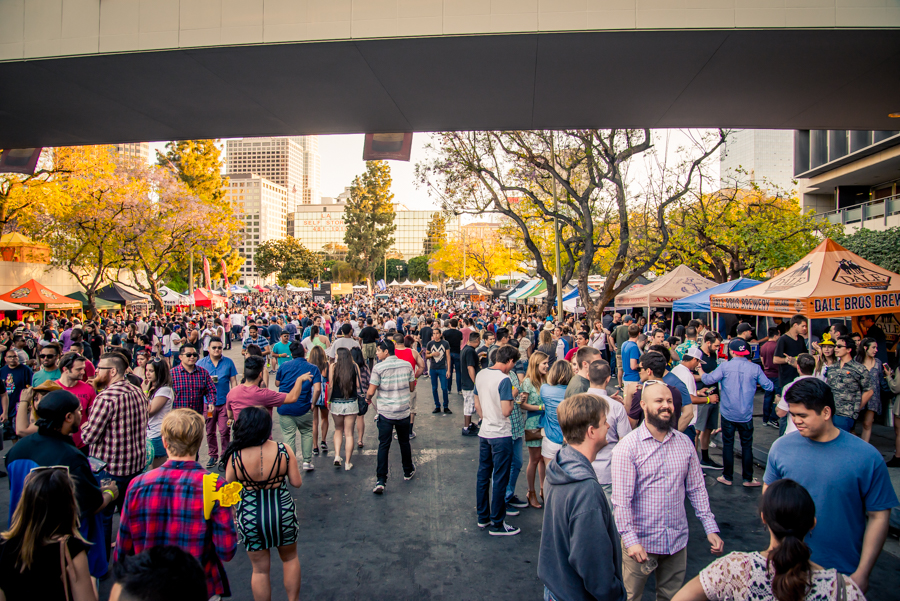 Dolores Huerta's Birthday Celebration
Dolores Clara Fernández Huerta is an American labor leader and civil rights activist who was the co-founder of the National Farmworkers Association alongside Cesar Chavez. Dolores is still going strong and is about to celebrate her 87th birthday, so Resident is throwing a party in her honor, which will also celebrate the documentary, Dolores (which premiered at Sundance and is produced by Santana). There will be musical performances by the likes of Dinamita, Funky Brewsterz and La Junta as well as live painting by Silvana Jeyd Paredes.
Deets: 4 - 8 p.m.; Resident; $15 student, $20 (advanced), $25 day of event; More info HERE

Lights Down Low LA Ft. Project Pablo
After the setback of original headliner Mall Grab being denied a visa into the US —  thanks, orange guy— Lights Down Low LA has ensured the show will go on. Project Pablo, Mike B, Zernell, Corey Sizemore and Chelsea Morrisey are set to spin you into the wee hours at an undisclosed DTLA location.
Deets: 11 p.m. - 6 a.m.; Venue released when tickets are bought; $18; More info and tickets HERE 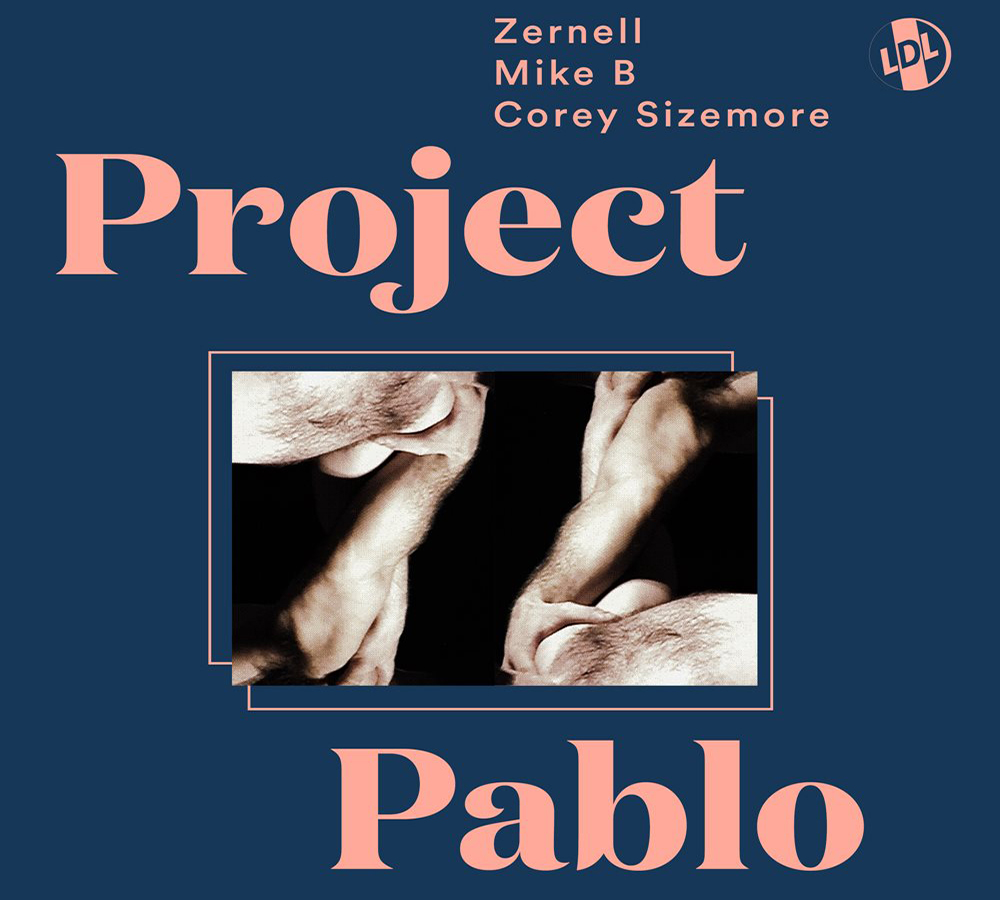 Image courtesy of Lights Down Low

When We Were Young Music Festival
A nostalgic celebration of the early days of punk and emo, When We Were Young is ultimately best summed up by its headlining act: Morrissey. Throw in some AFI, Cage the Elephant, Descendants, Alkaline Trio, The Regrettes, and local faves, Silversun Pickups and your inner state of sentimental melancholia will surely be awakened.
Deets: Saturday, noon - 11 p.m. and Sunday, 11:30 a.m. - 10 p.m.; The Observatory OC Grounds; $60 - $275, More info and tickets HERE

Image courtesy of When We Were Young

Stand Up and Fight Back: Tactics and Strategies for Effective Creative Activism
Geared to those who want to step up their political activism games, this community gathering will arm participants with strategies for engendering change in the face of adversity. Led by two of the country’s leading non-violent practitioners (one a close associate of Dr. Martin Luther King Jr.), this 3-hour workshop will teach strategies and practices for successful, creative non-violent action.
Deets: 3 - 6 p.m. ; The Wiltern; FREE; Doors open at 2 p.m. and seating is first-come, first-served; RSVP does not guarantee entry; More info and RSVP HERE 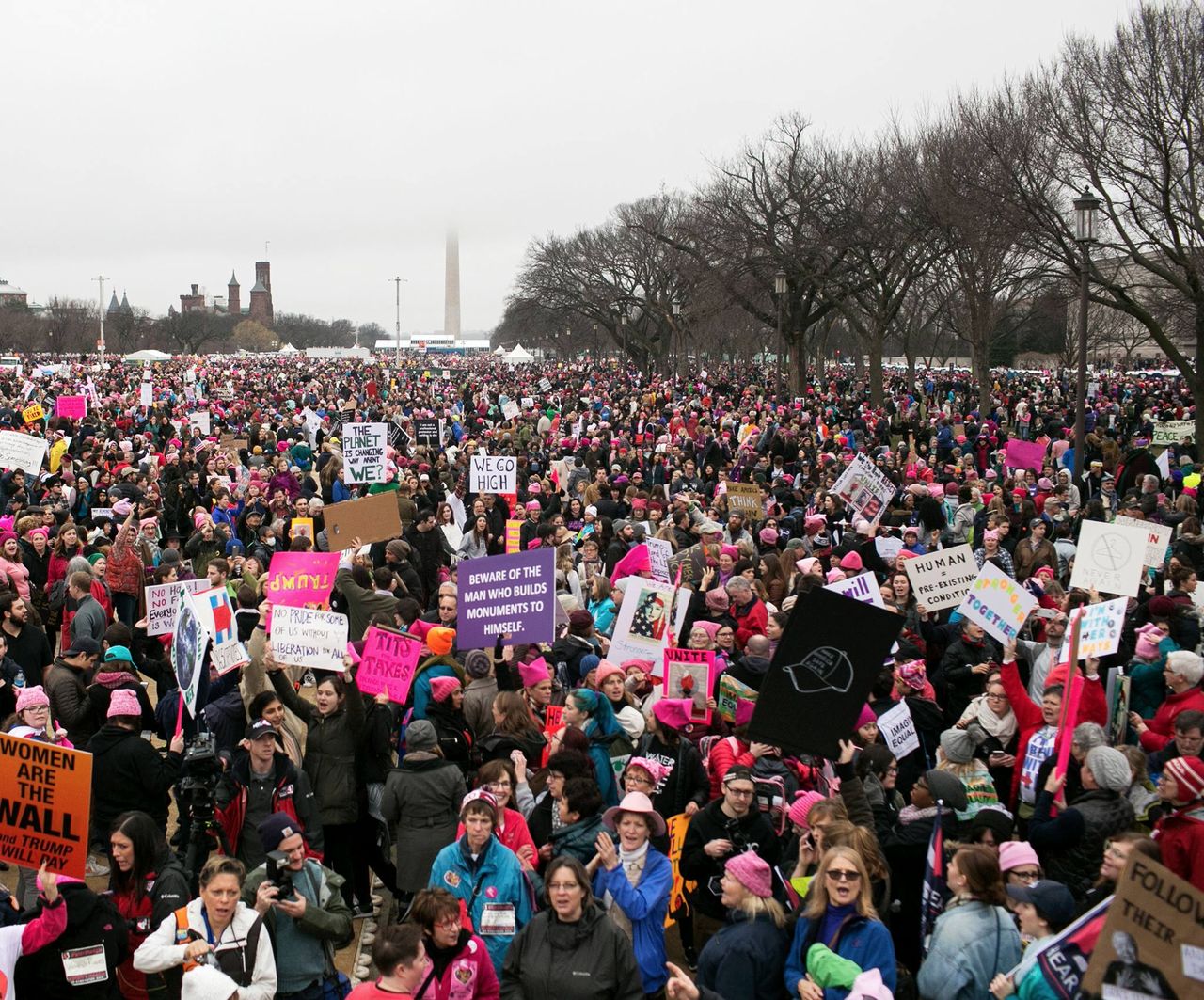