In a sea teeming with seemingly endless third-wave coffee brands, Cafe Demitasse stands out like a shimmering rainbow fish. This rainbow fish has been serving up no bullshit siphon coffee since its first cafe opened in Little Tokyo. When asked what “third-wave coffee” means to him, Demitasse Little Tokyo manager and barista Gatlin Hardy says, “it’s the idea of slowing down and treating coffee with the respect that it needs and giving that respect back to the farmer, too.”
This respect is evident in Demitasse’s direct trade coffee program, wherein the owner, Bobby Roshan, goes to the country of origin, steps on the farm and develops relationships with the good folks who harvest the beans. This facetime is beneficial for both parties: Demitasse gets first dibs on their best coffee crops and sans middle man, the farmers are compensated at market price—truly fair trade.
This hands-on mentality carries over to the Demitasse staff itself, which according to Gatlin, operates more like a family than a coffee shop, even as the surrounding Little Tokyo area shapeshifts to become more multicultural, and less in the family.
“Little Tokyo is now just a crossroads of every age and ethnicity. When we first opened, it was really quiet, not too much business going on and a slightly higher Asian population, but that’s all been changing. A lot of apartment buildings, and businesses and new people with new cultures have come in and it’s become invigorating,” says Gatlin.
Just a hop and skip away from the DTLA Arts District, Little Tokyo earned its name when Japanese immigrants who were recruited to lay railroad tracks flocked to the area of First Street and San Pedro at the turn of the 20th century. Although they were denied citizenship, the Japanese succeeded in carving out their own community to call home that has evolved, but still retains cultural integrity. So we chatted with Gatlin, who has been working at Demitasse Little Tokyo for four years—long before they launched their new locations in mid-city and the even swankier Hollywood (where they serve cocktails and serious eats)—about the current state of the area and what he likes to do there.
Get Citizine Updates Here

Any tips for first-time visitors to Little Tokyo?

Gatlin Hardy: Definitely start later in the day because there's not much happening till 11 a.m. A lot of people from out of town will come here at 8 a.m. and they’re like, “what’s going on?” And I say, [laughs] “We’re it, guys. We’re all that’s happening right now.” It’s more nightlife here. There’s a lot of really nice jazz clubs. Bluewhale Jazz club has all these musicians coming in and there’s a couple nice museums, like the Japanese American Museum and the Geffen Contemporary at MOCA. People come to the area expecting a small taste of Japan and it’s not really like that anymore. At the beginning of the year, they have Nisei Week, which specifically celebrates Japanese-American culture, and I’d say that’s really what the neighborhood has become. We have the sushi, Hama Sushi has some of the best sushi in the world, and there’s Daikokuya, the super popular ramen joint. So you can get that taste of Japan here, but you’re not going to experience Japanese culture. It’s definitely Japanese-American. 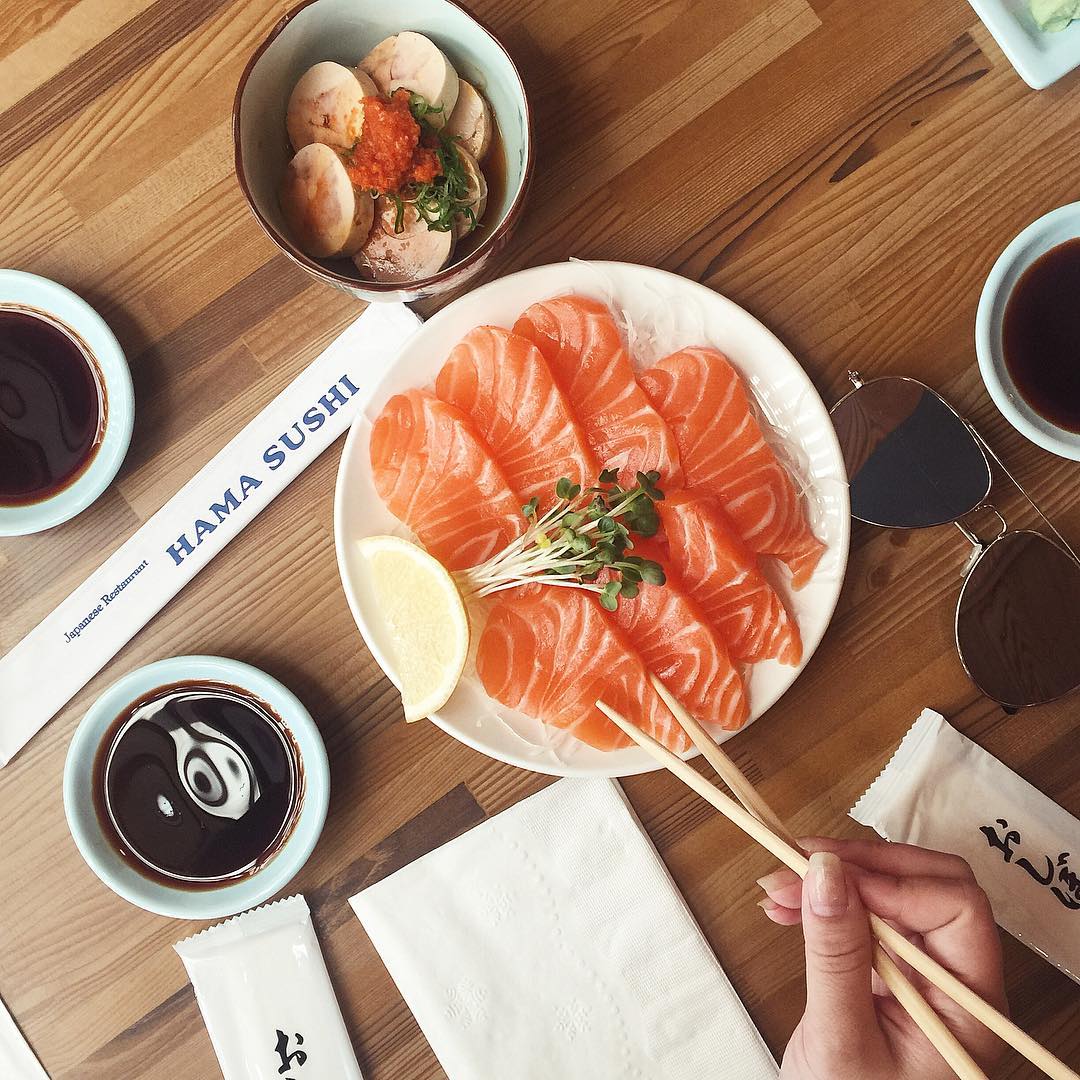 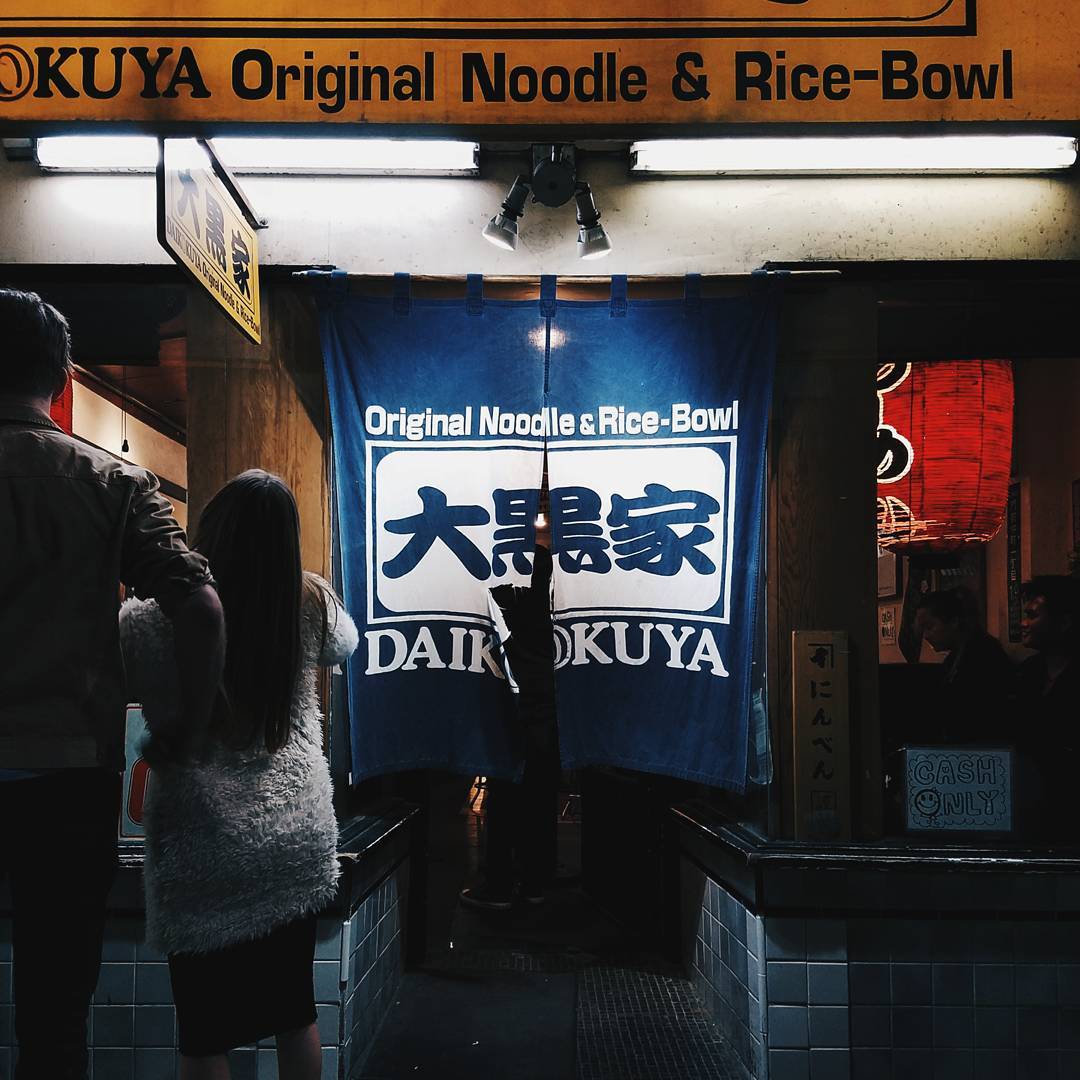 What should we order at Demitasse?

GH: We’re most proud of our straight coffee. We now source it ourselves, we roast it ourselves, we brew it ourselves. So, if we’re going to add anything to that, then we want it to be different—something you can’t find elsewhere either. Even for our mocha, we make our mix in house—it’s a dark chocolate, which add to real vanilla bean and blend with sugar, and then we’ll have one seasonal sweet latte at all times which changes every few months. Right now, we’re doing a grapefruit ginger latte. We’ve also done maple rosemary. 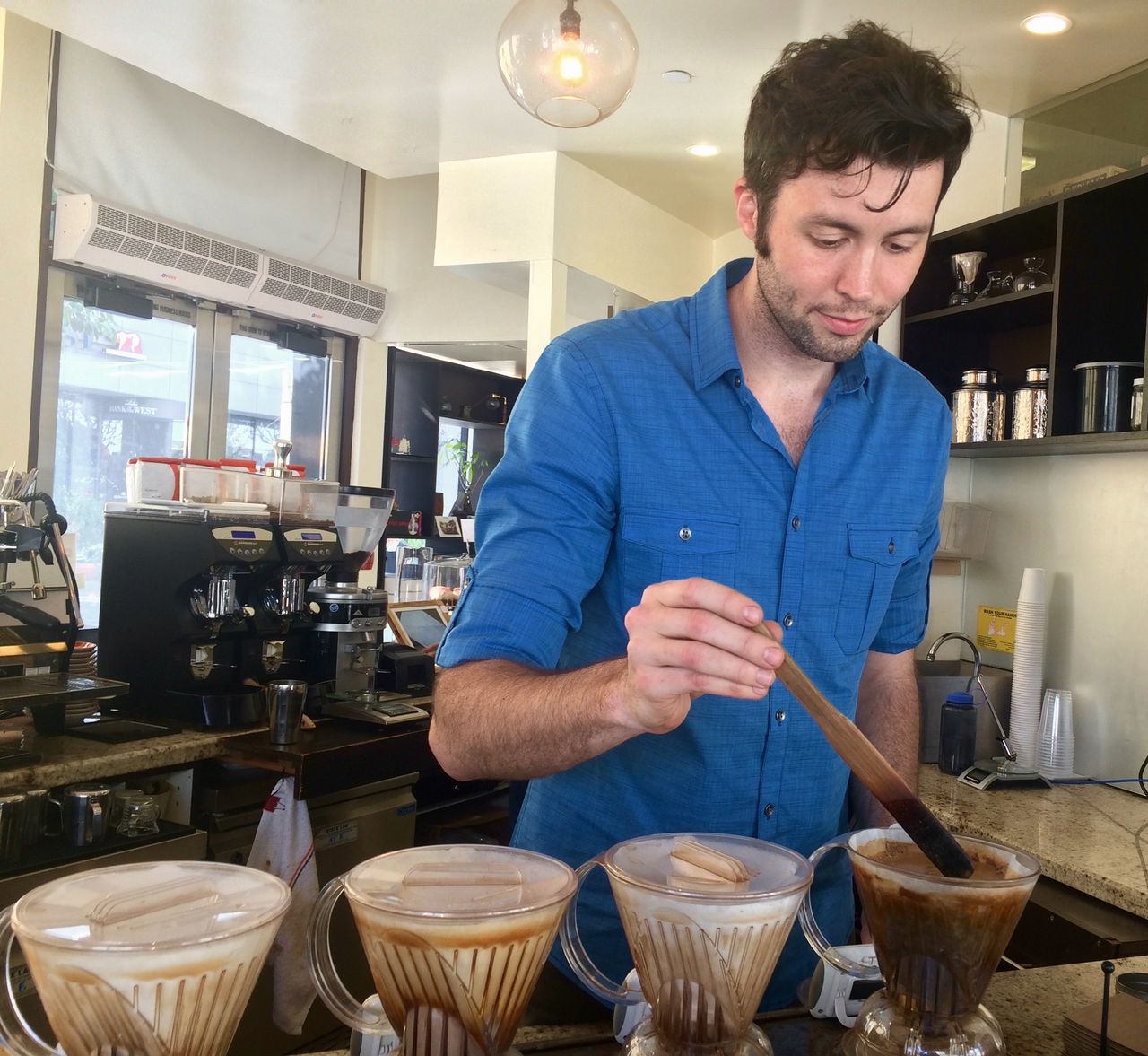 $$
GH: A delightful breakfast and lunch spot with a cute sense of humor. It's tricky to describe their food, but a lot of their dishes are Japanese-Mexican fusion and they're presented in an American diner. The food will always end up being exactly what you wanted, but just not quite what you thought it would be. 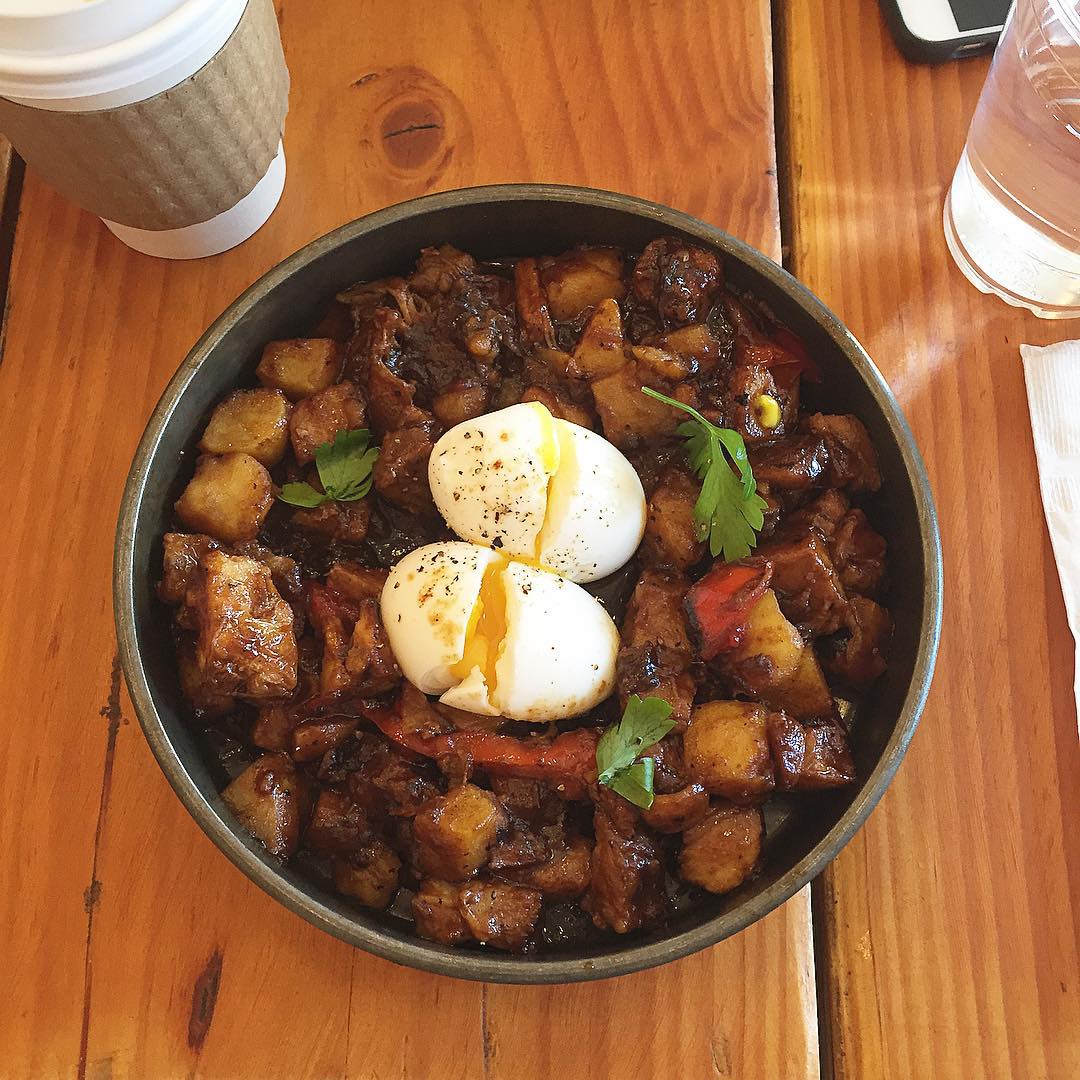 $
GH: Amazing local brewery! It has an open and relaxed atmosphere with a really friendly staff. Their beers always do a perfect job of being surprising, but are also exactly what you wanted. 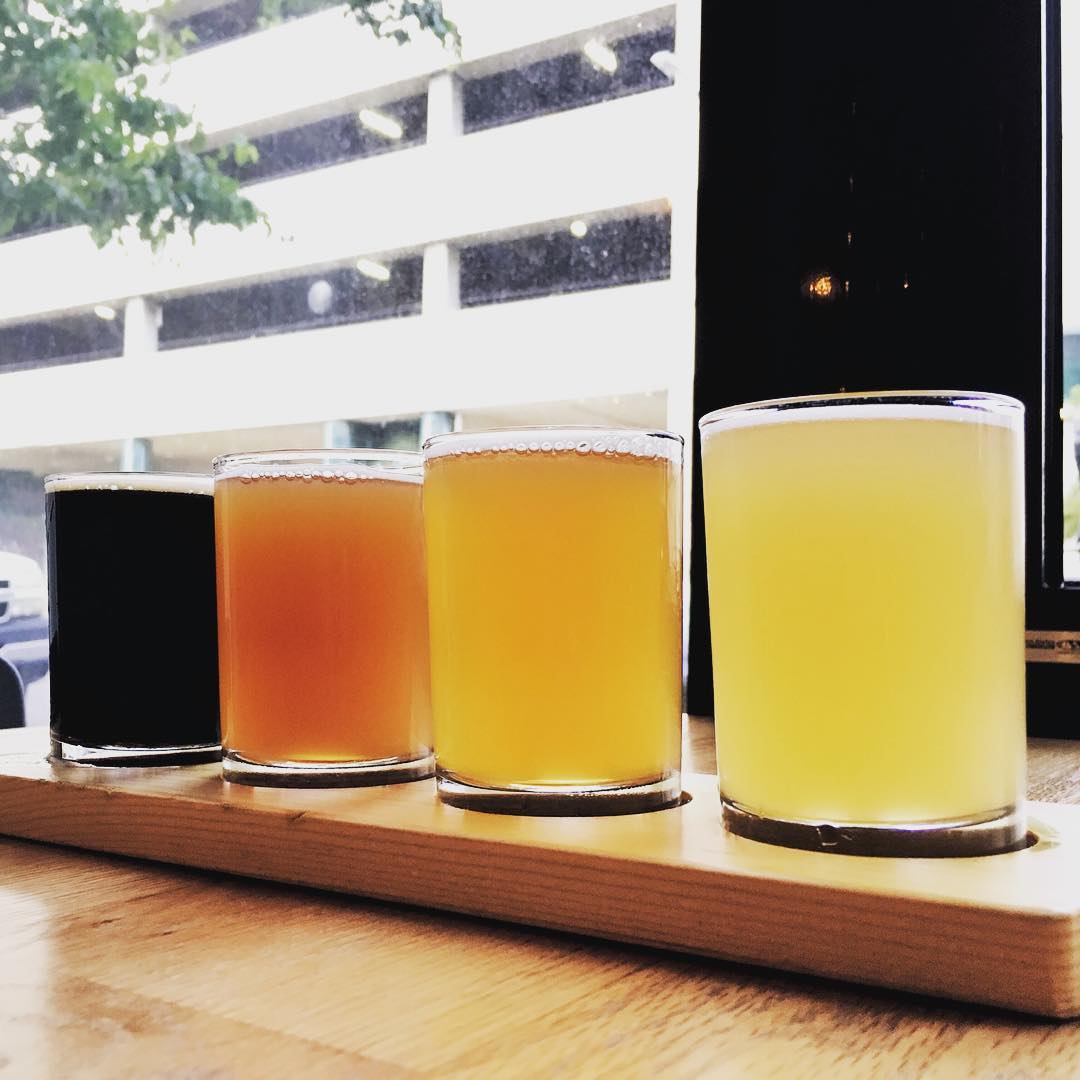 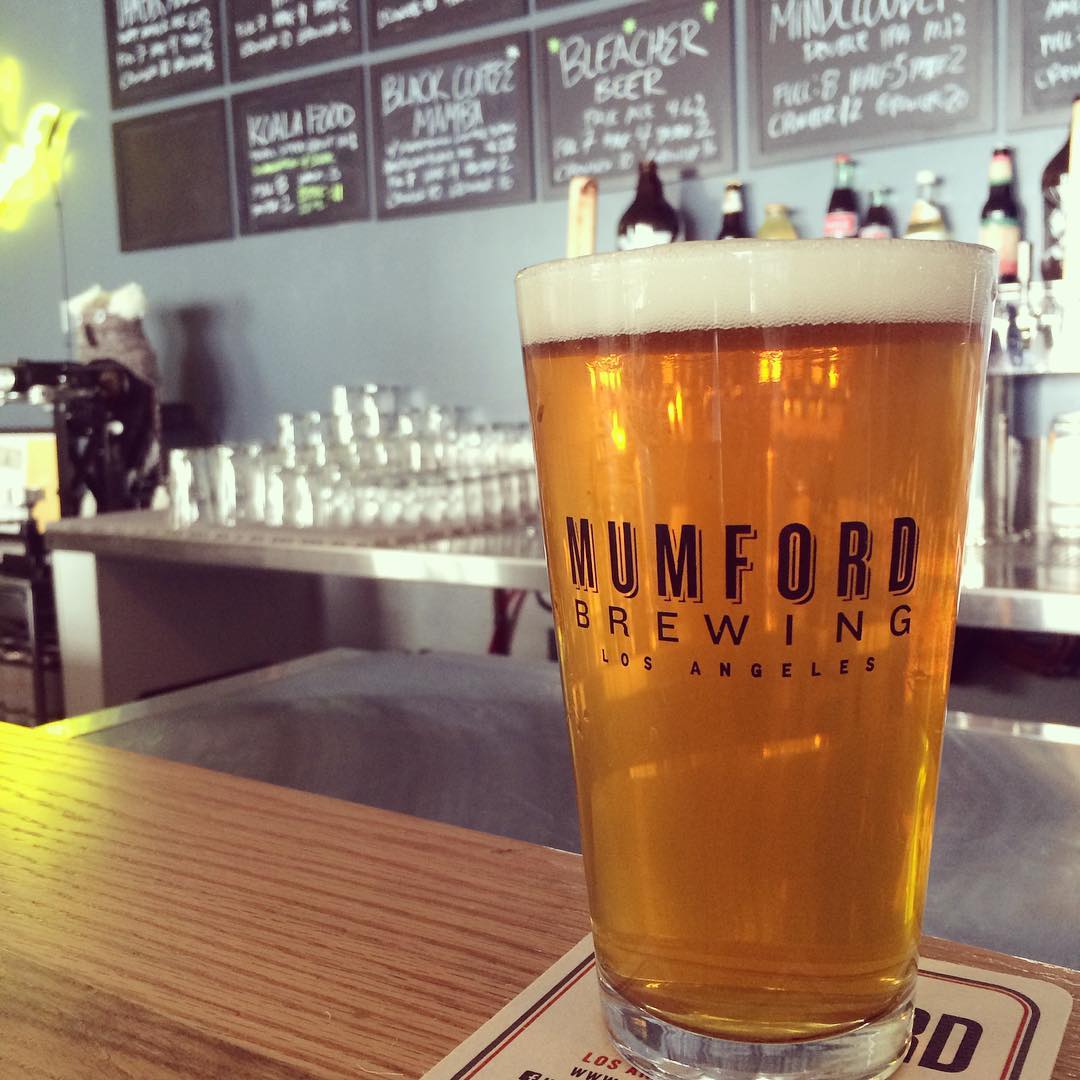 $$
GH: Great udon place, both hot and cold. My favorite thing here is one of their signature dishes: Miso Carbonara Udon. It's Japanese udon with an Italian twist. And bacon is always a good idea. Also, the Kakiage Tempura is a must! 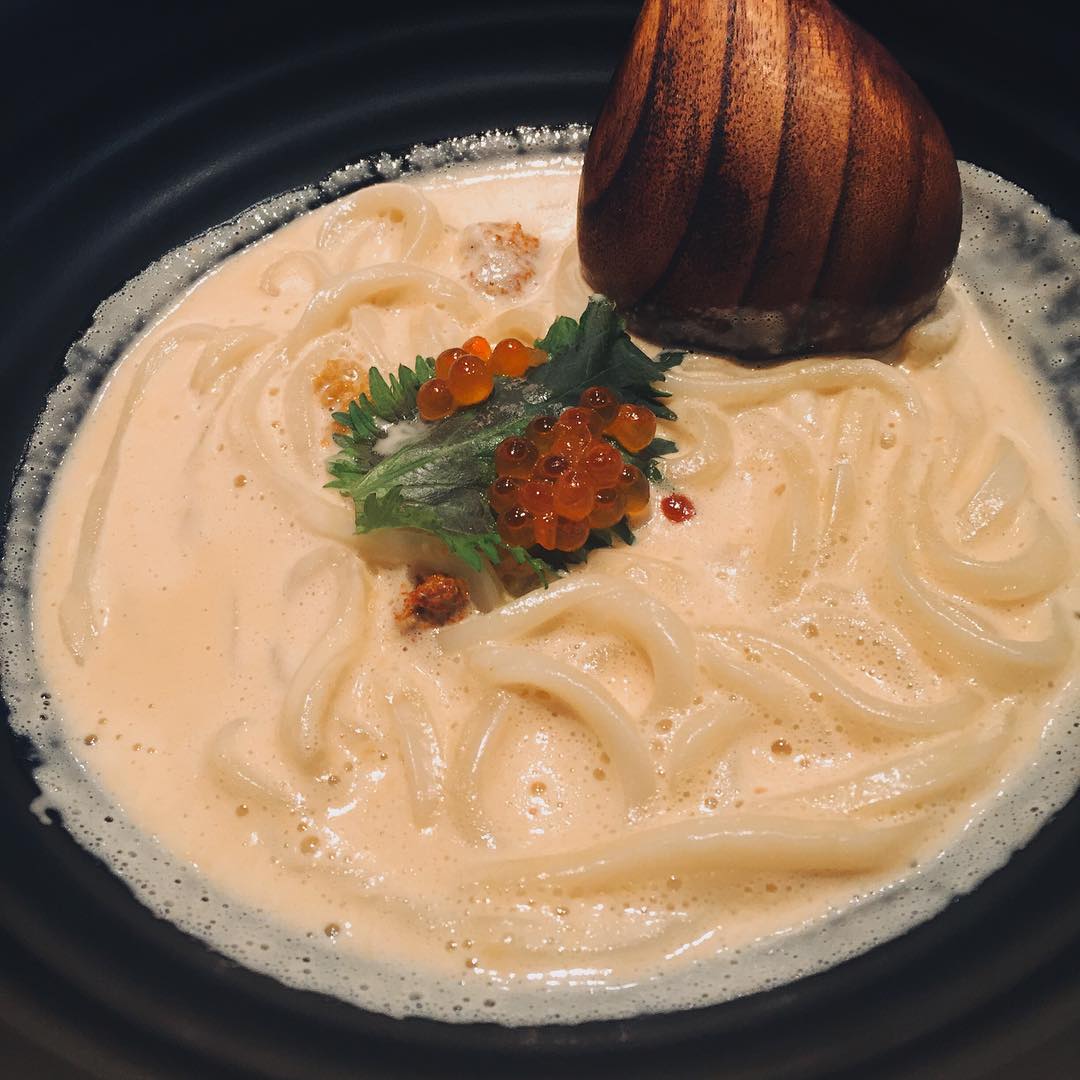 $$
GH: Japanese bookstore. It's kind of like a sex shop for pen and notebook lovers. All the books they sell are very niche, making this the go-to place to buy a gift for that person who has everything. 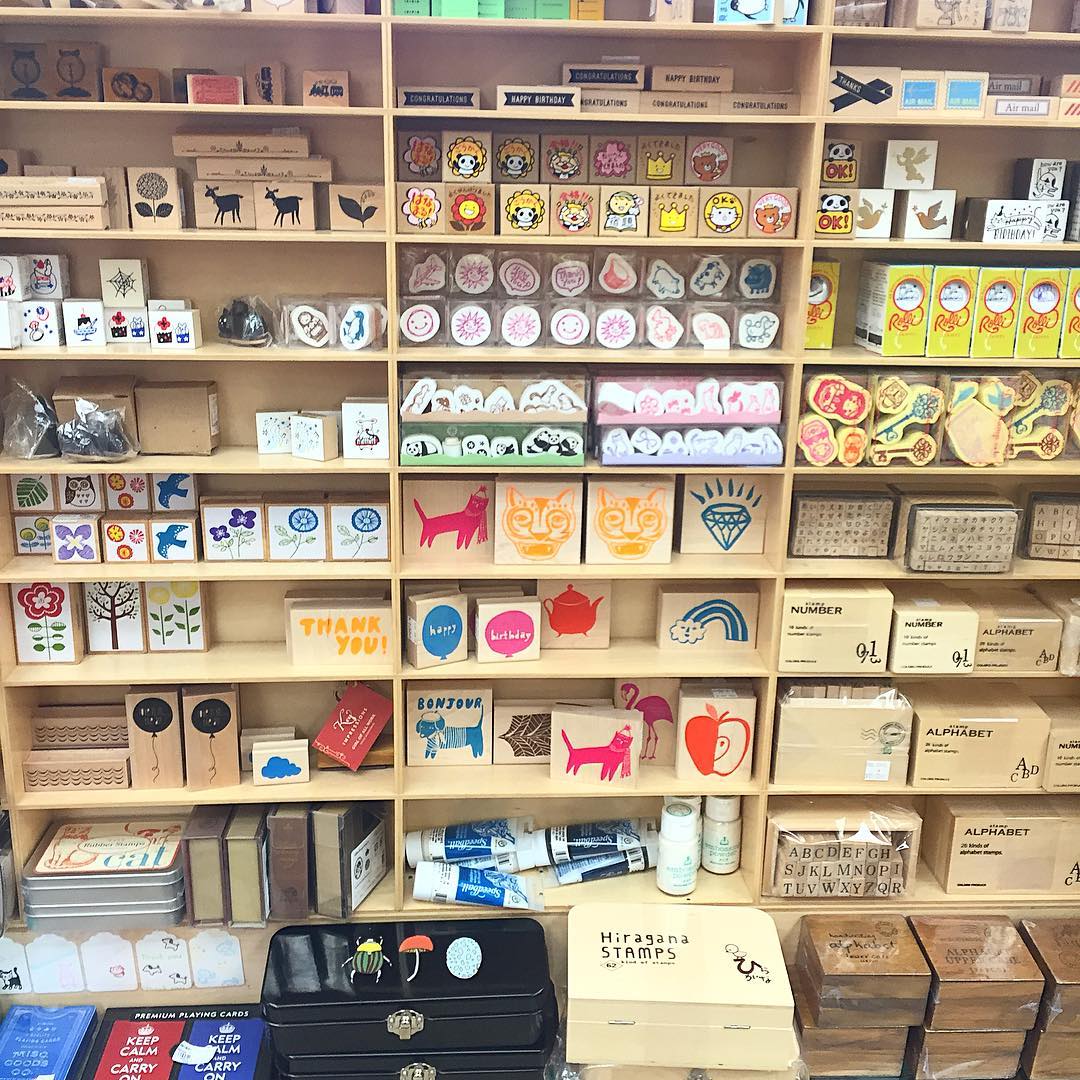 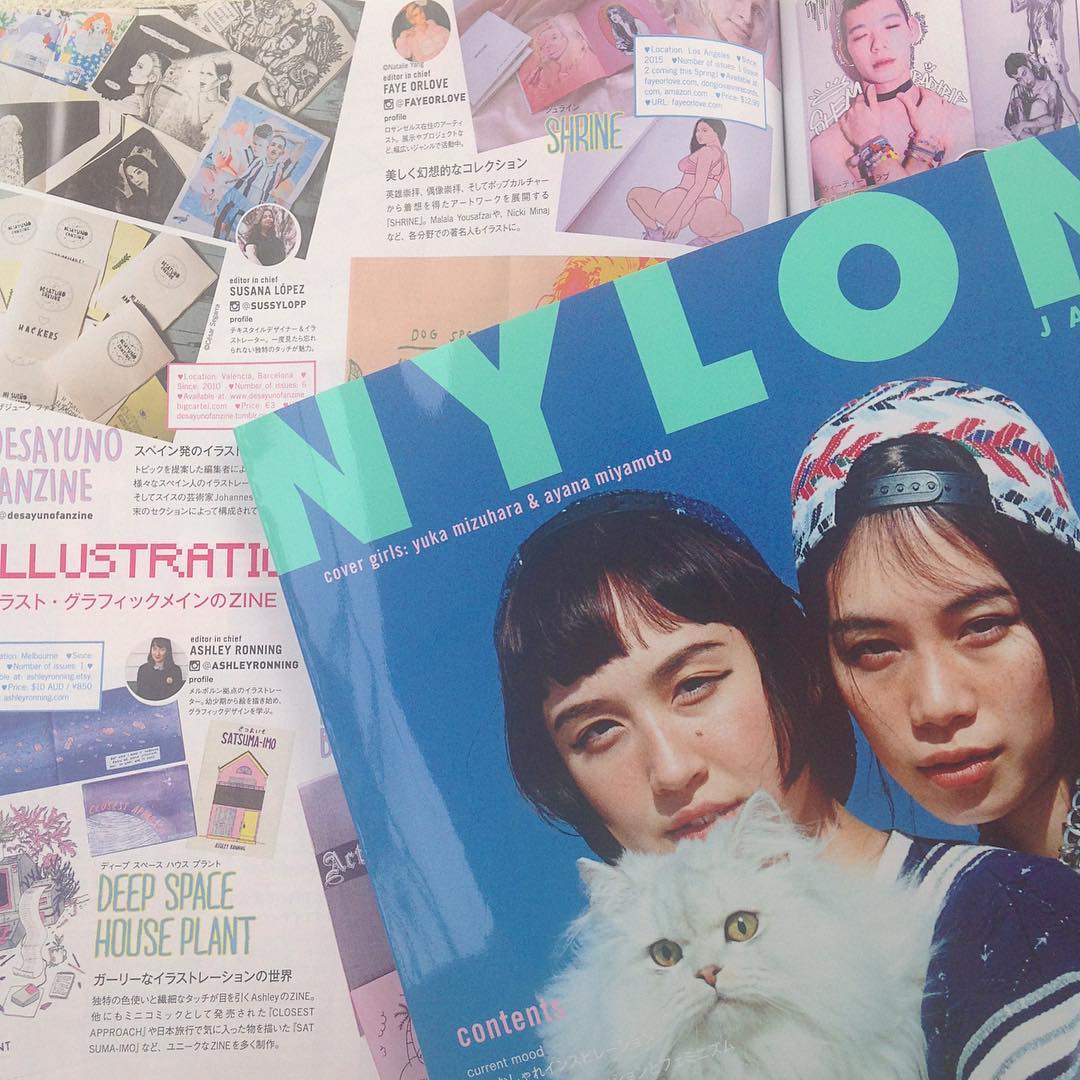 Gatlin Hardy: Q Pop is ... is Q Pop! It's an art gallery. It's a collectible toy shop. It's the store that has that one record you can't find anywhere else and will sell you that one piece of clothing that completes seven of your outfits. They hold gallery openings once a month featuring world-renowned artists. And the owners are really cool, chill people. 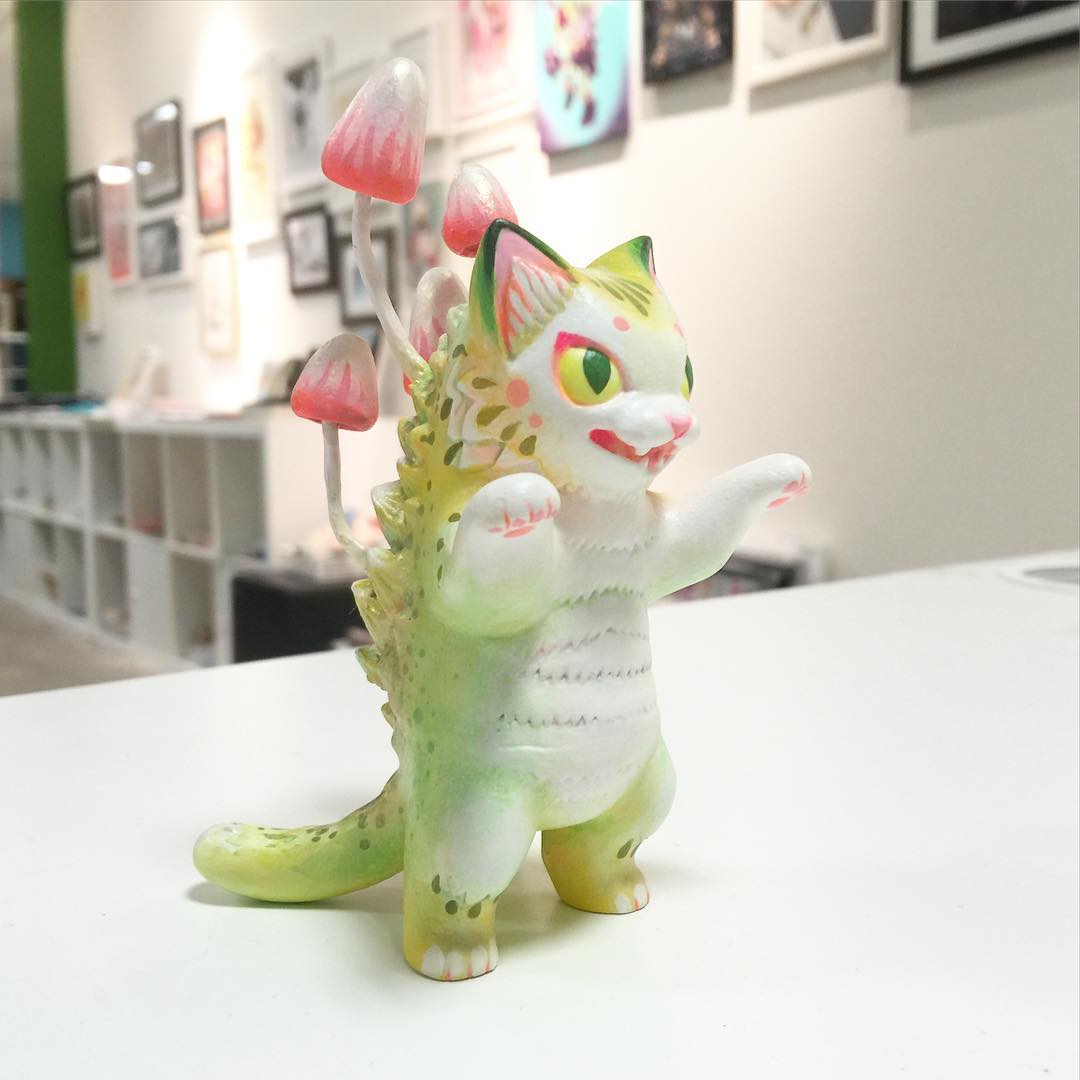 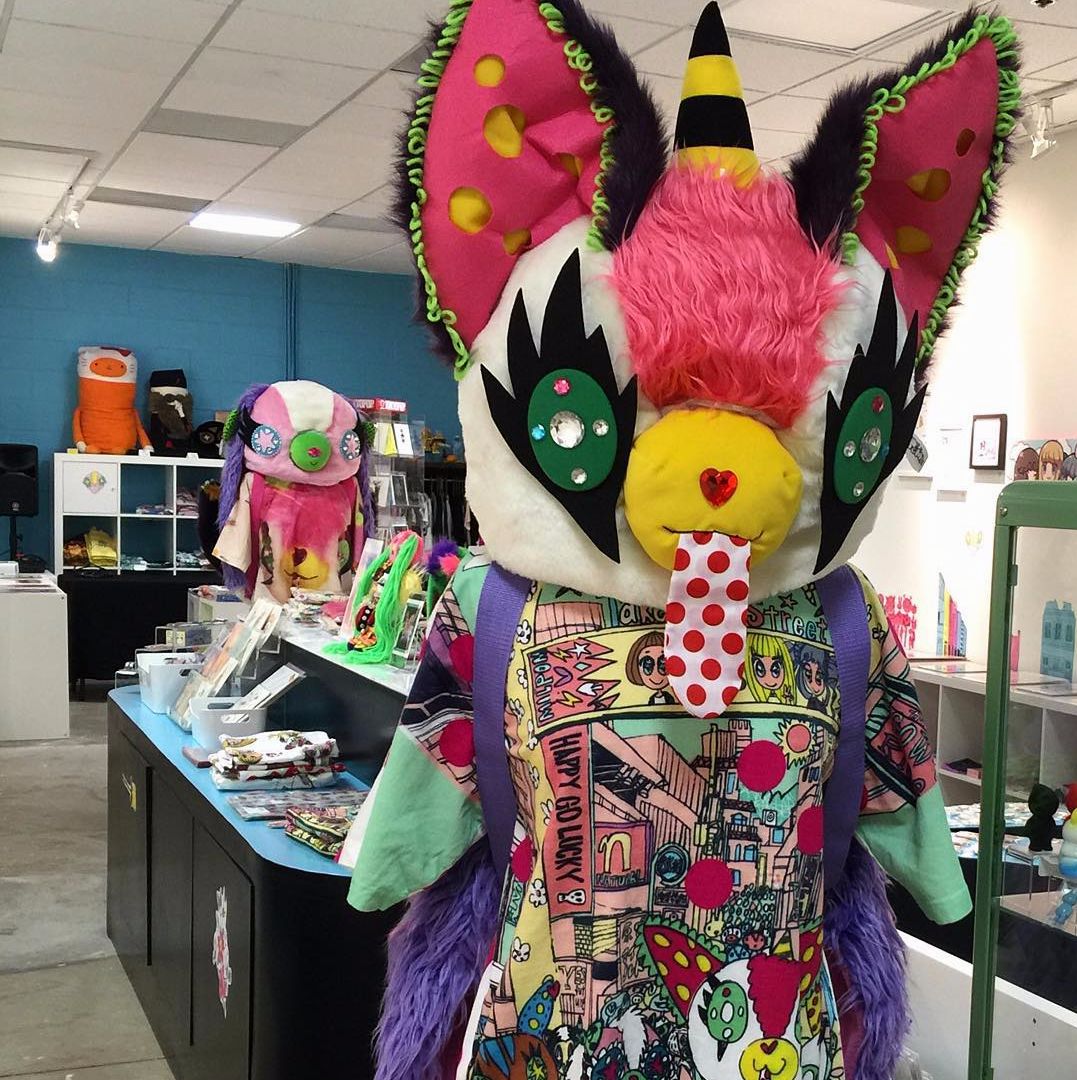 Header image courtesy of LA Tourism and Convention Board