Where: Los Angeles
What: LA Eats PlaceList
Who: Gilberto Cetina Jr. is the chef and owner of longstanding family establishment Chichen Itza and the newer nearby seafood stall, Holbox. Both Yucatán restaurants are housed within Mercado La Paloma, a marketplace established in 2001 dedicated to supporting small businesses, especially within the latino community. Chef Gilberto moved here from the Yucatán in Mexico when he was 5, but has made the pilgrimmage back sporadically in years past, amassing family recipes along the way. One of his favorites is his grandmother's puchero, which you can sink your teeth into at Chichen Itza.
This Labor Day weekend, you can catch a cooking demonstration from Chef Gilberto at Flavors of LA as a part of LA Times' The Taste alongside Wes Avila of Guerrilla Tacos, Chris Oh of Seoul Sausage Co. and Jenee Kim of Park's Barbeque.
Get Citizine Updates Here 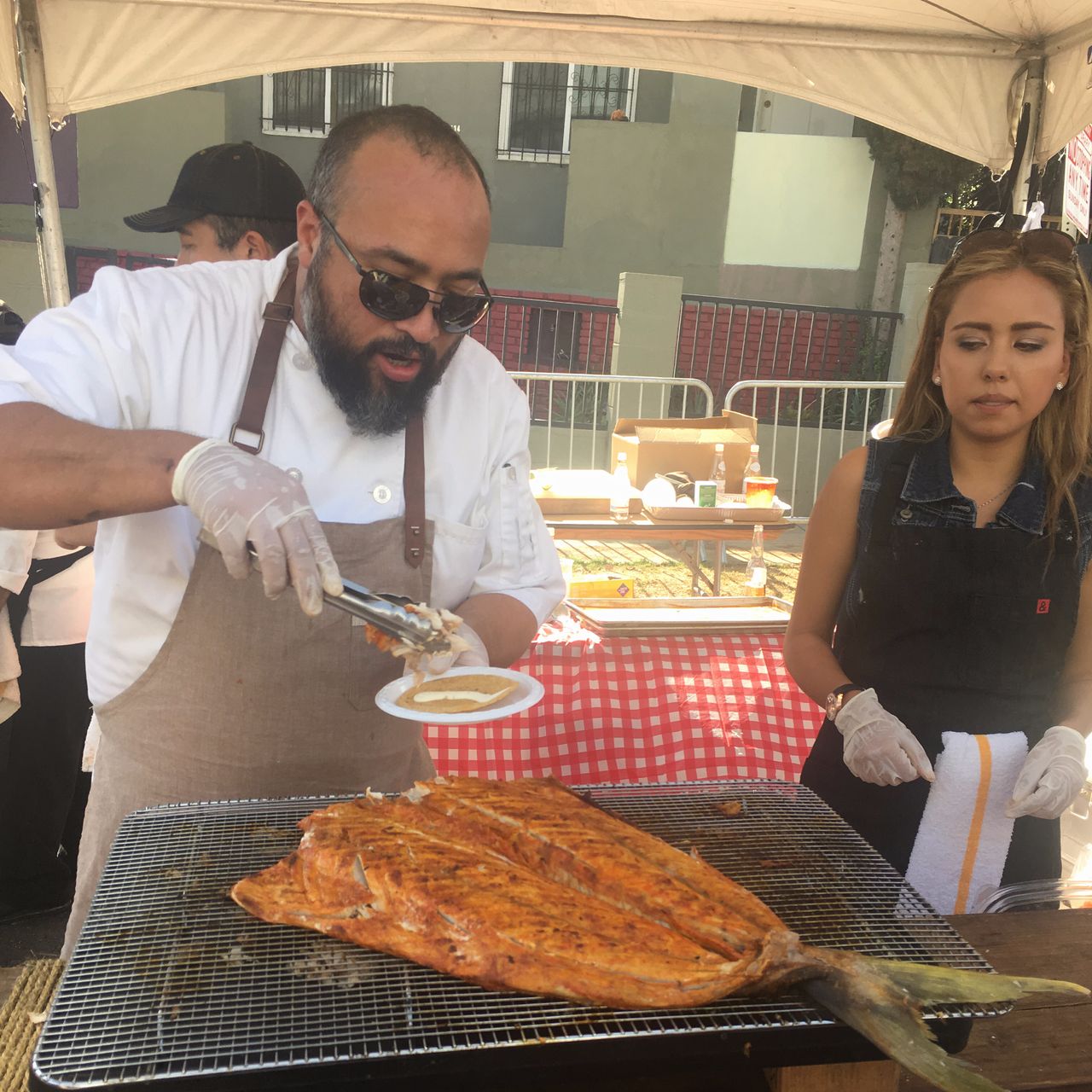 "Every year I look forward to Flavors of LA because it focuses on the diversity of so many great chefs and restaurants creating amazing food. LA gives people a lot of opportunities to do their own thing and the clientele is very accepting of that," says Chef Gilberto. Image courtesy of @ardyparty

Below, we chat with Chef about his favorite LA eats.

Historic South Central, $$
Gilberto Cetina: A do not miss item at Chichen Itza is the panuchos, one of the newer items on the traditional Yucatán cuisine repertoire. It's the most popular, most eaten antojitos, which is what we call "little bite" or "appetizer." We do it with a handmade tortilla filled with black bean puree that's been flavored with pork fat, habañero peppers and epazote. Next, it's hand fried so the tortilla filled with black beans inside is crispy on edges. Then you top it with shredded, charbroiled turkey, pickled onions, tomato and avocado. My second favorite dish is the poc chuc. It's thin slices of pork shoulder marinated in sour orange and garlic served with homemade chorizo or longaniza, roasted red onion, roasted, roasted tomato sauce and avocado. Everything in this dish is cooked with a burning grill so it has a nice smoky taste. These are the two dishes I recommend the most when people visit the restaurant for the first time.

Historic South Central, $$
GC: Holbox is a little different in the sense that it's not 100 percent traditional Yucatán. We combine inspiration from all the coastal regions of Mexico and Southern Californian seafood and apply a variety of recipes and techniques. One of the non-Yucatán items I recommend is the almeja preparada (surf clam) that we shuck and prepare with a homemade cocktail sauce consisting of homemade ketchup, a base sauce of peppers, fresh-squeezed orange juice and lime juice. Then, we serve it back in the shell with the sauce, some white onions and cilantro. My second favorite is 100 percent traditional Yucatán and it could be my favorite menu item—the tacos de pulpo en su tinta—octopus tacos. We take braised octopus and fry it in olive oil. Next, there's a sofrito made with white wine, olive oil, tomatoes, habanero peppers, onion and garlic. That's all cooked down with calamari ink that produces this really dark, rich sofrito. The fried octopus goes on that, then we garnish it with some freshly squeezed lime and pieces of tomato. All on handmade tortillas!

Westlake, $$
GC: One of my all-time favorites in Los Angeles. I was introduced to Langer's Deli as soon as we came to Los Angeles when my first friend in LA said, "You're not from LA! Let's show you what this city is all about." I always order Langer's Deli #13. It's a classic. It's delicious. It's perfected. Every time I drive by I have to order a curbside pick-up and eat it on the 110 on the way back to Chichen Itza. Langer's is special because it is one of my first LA experiences and just one of the best sandwiches anywhere.

Mid-City
GC: A great late-night taco spot that is always consistent. They do el pastor and they do it very, very well. It's one of those spots you love to swing by to get tacos to-go or to have a meal with friends. It's very Los Angeles with its humble truck setting and delicious food. Angelenos will go to good food wherever the setting is. It's one of the things I love about this city and a huge part of the reason I opened Holbox in South LA. I believe people follow good food.

West Hollywood
GC: It's the kind of place I want to go to when I'm proud of myself and want to treat myself to something good. I love the quality and variety of the product. I love the simplicity in which it's prepared. It's one of those places I go and treat myself to half a dozen oysters, half a dozen clams and maybe a pound or two of lobster. Seafood is probably one of my favorite things to eat, and Connie & Ted's is one of those places that does it well.

Bell Gardens, $$
GC: El Coraloense is one of the places where I really appreciate how they serve and make Mexican seafood. They're more about straightforward Sinaloa style. I love the brightness of their aguachiles and their ceviches. They're not afraid to serve it raw. It's one of those places to order cocteles or ceviche. It's THE place to go, other than Holbox, obviously. Yet before we opened Holbox, Coraloense was one of my go to places to go for seafood.

Inglewood, $$
GC: Coni'Seafood is also very good. They make a really good camarones a la diabla and the Marlin tacos are fantastic.

Manhattan Beach, $$
CG: I live in South Bay and I've known about Manhattan Beach Post for a while but never actually ate there until last year. We catered their staff Christmas party and as a nice gesture, they gifted us a bunch of gift certificates to dine-in. We got to try out the menu several times and introduced a lot our friends to the restaurant. It's really well-executed food with a diverse menu. Every once in a while, you'll see some Hispanic influences on the menu, like Pipian. Plus, the cheddar biscuits are to die for. MB Post is my favorite place to eat in the South Bay area.

Koreatown, $$
GC: Guelaguetza is a restaurant I continue to really love While they opened up before Chichen Itza, we kind of came up at the same time. They blew up and became extremely popular. I love the fact that through all of that they've maintained their traditional and authentic recipes for over the last 20 years. It's a great place to get the home-cooked flavors found in Mexican food.

Downtown, $
GC: Ricebar is a little hole in the wall downtown serving very flavorful Filipino food. Charles is really talented and does an amazing job packing tons and tons of flavors into his bowls and creations. I love going there when I'm in the downtown area. My favorite to order is the pork longaniza. It's fantastic.

Little Tokyo, $$
GC: Marugame Monzo is a great place for udon noodles and the udon with uni is incredible.
Get Citizine Updates Here 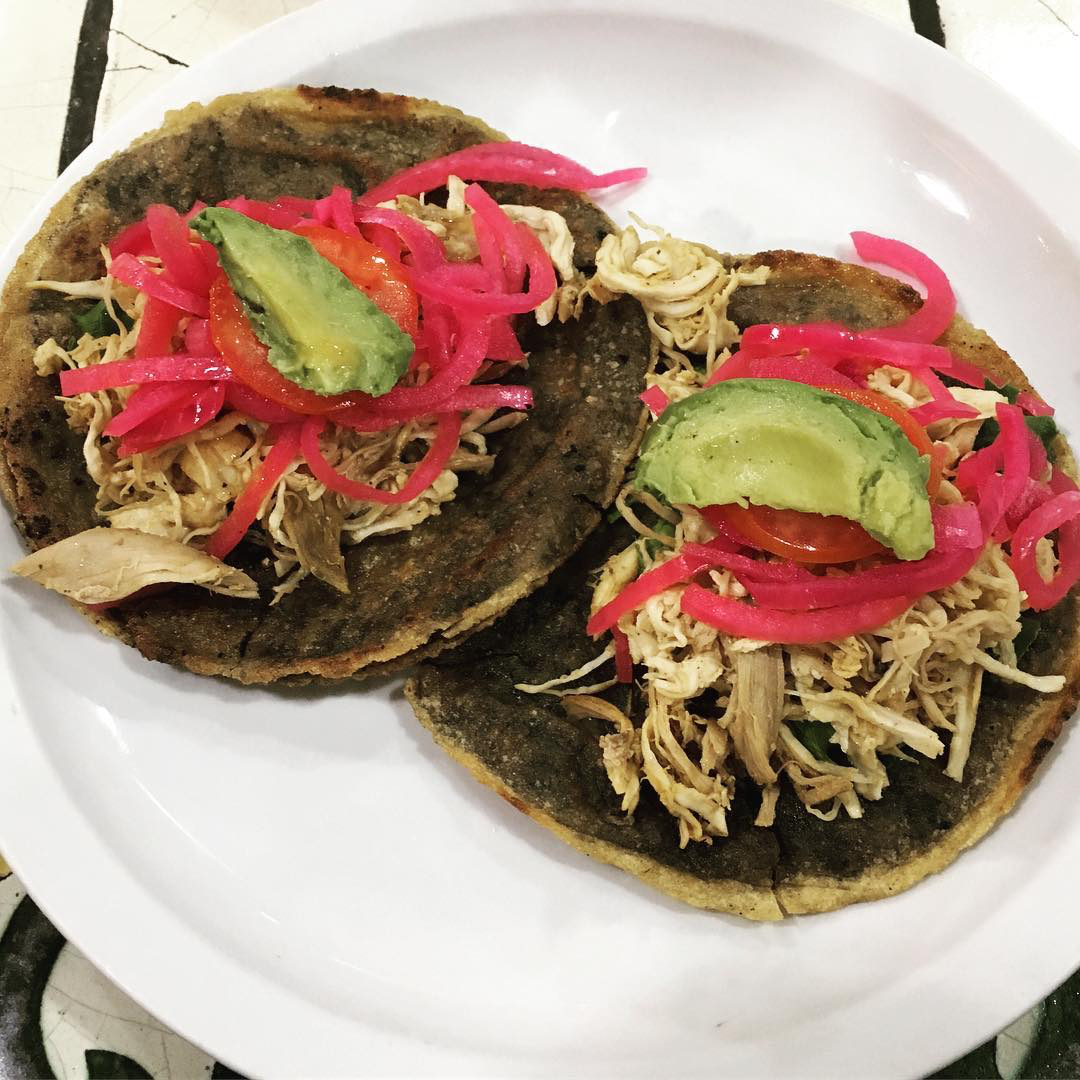 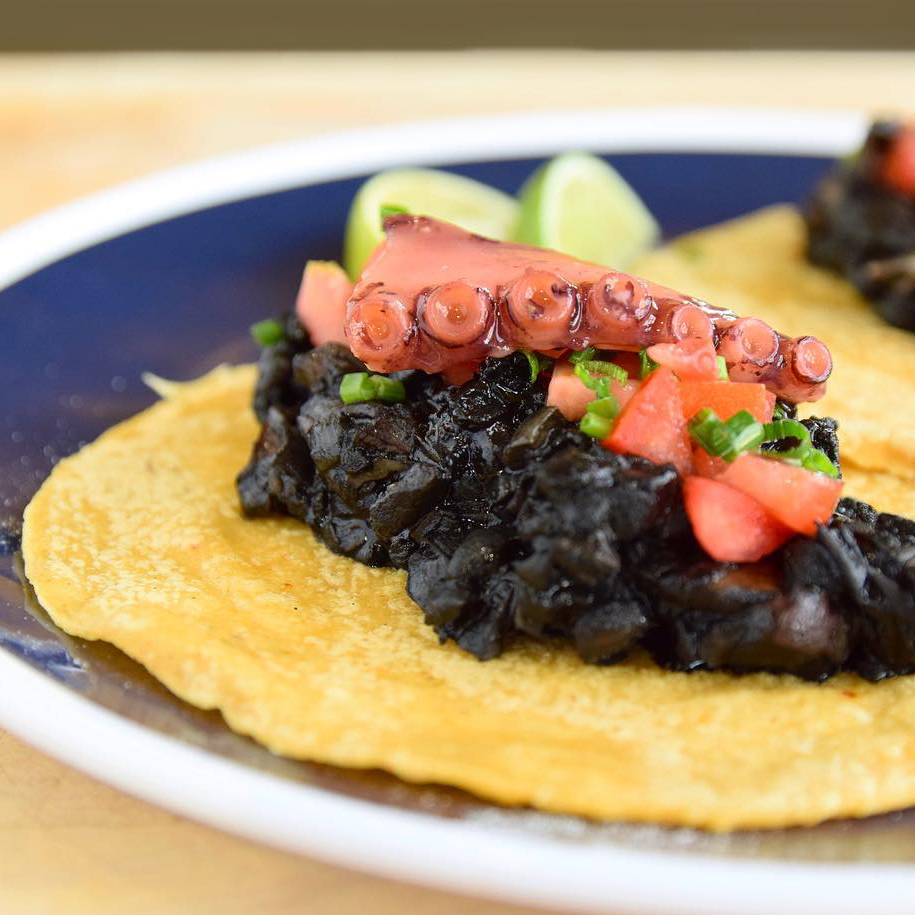 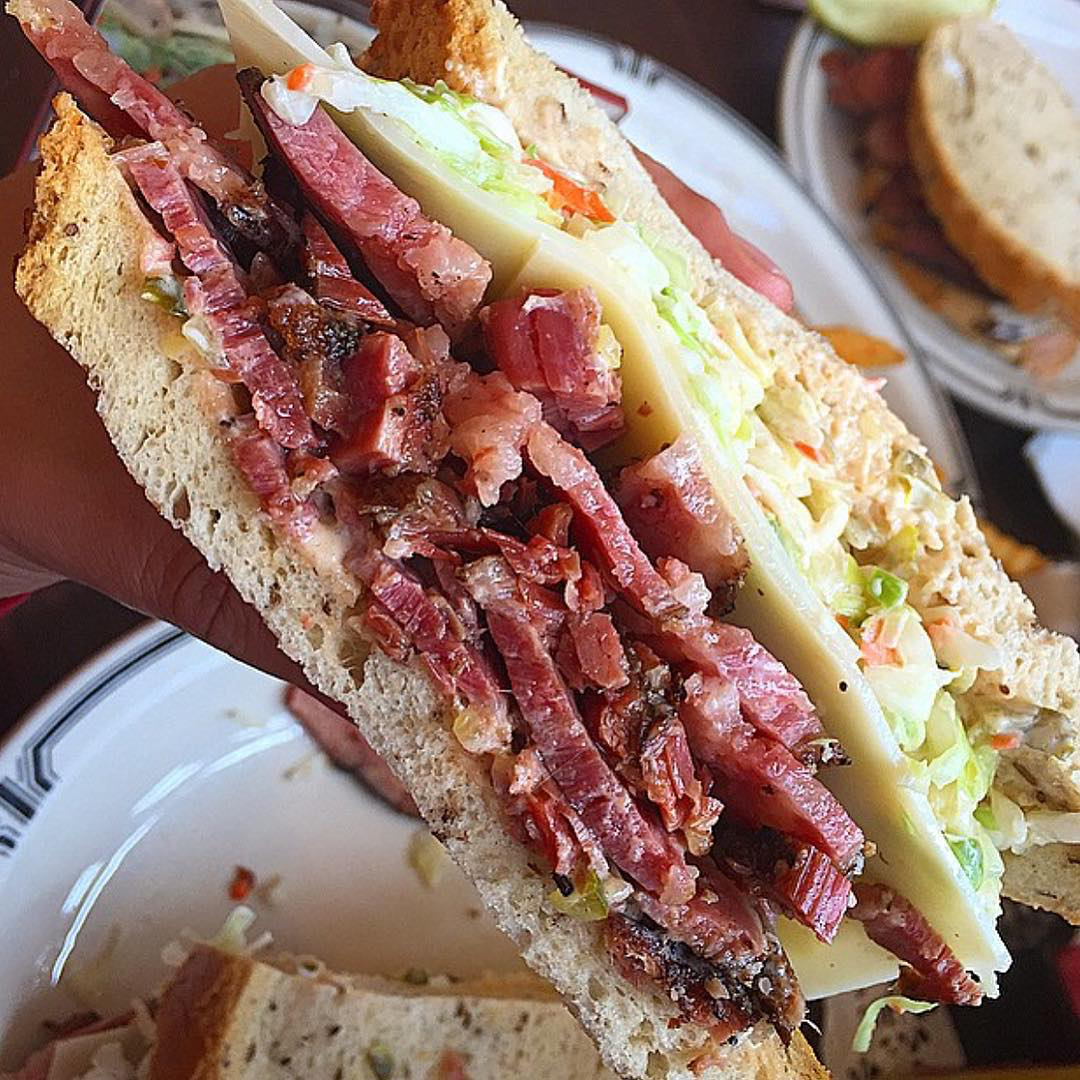 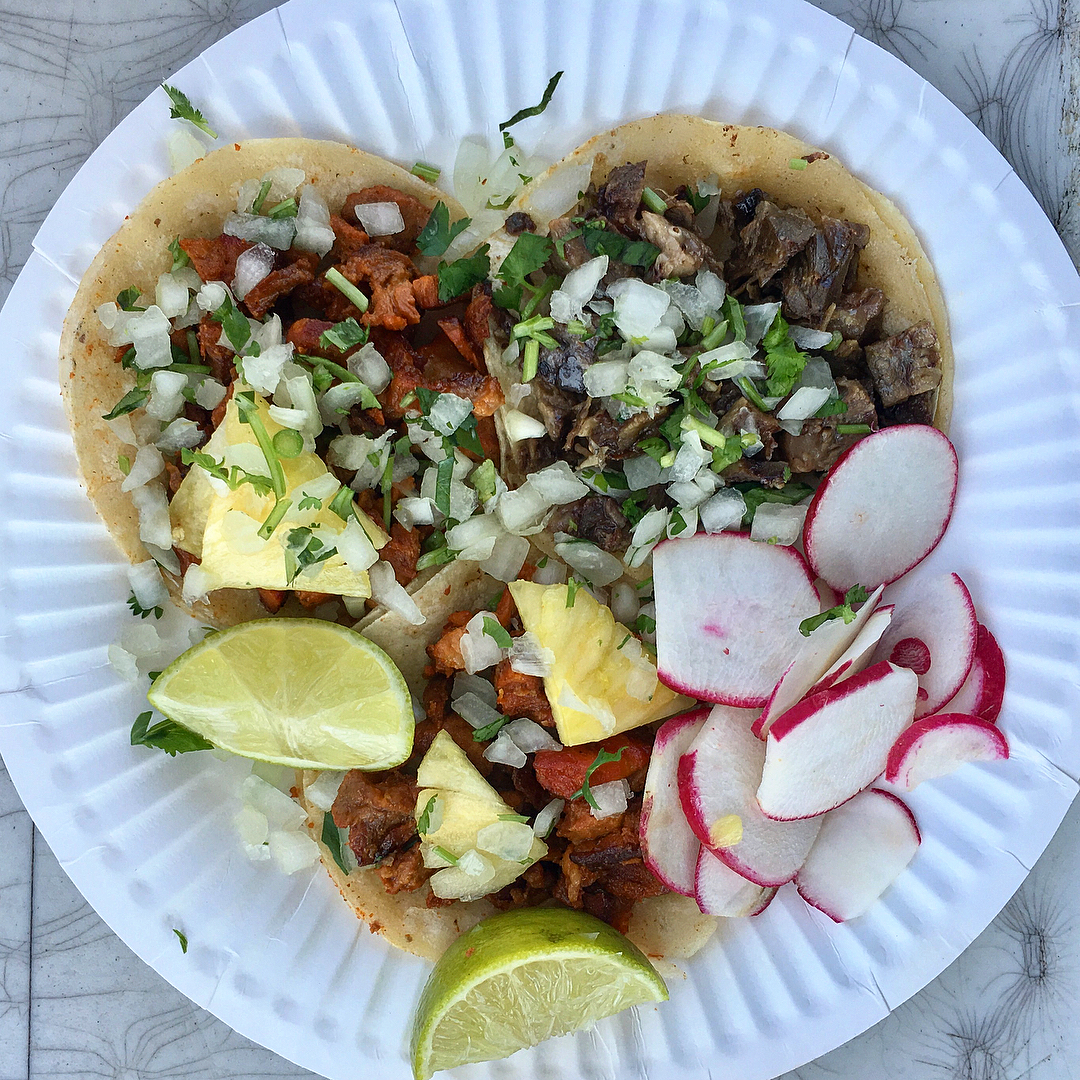 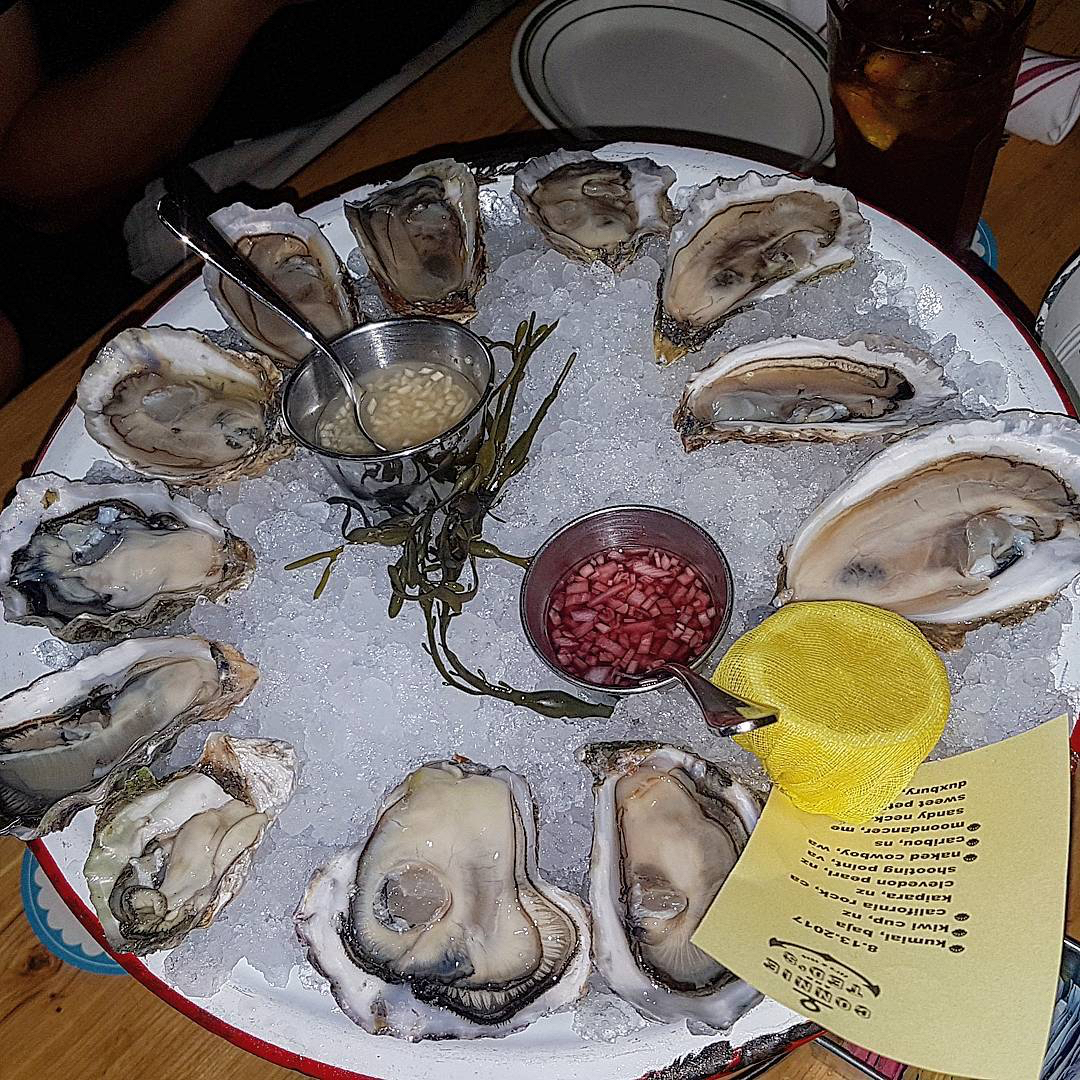 Connie and Ted's courtesy of @satisfied.eats 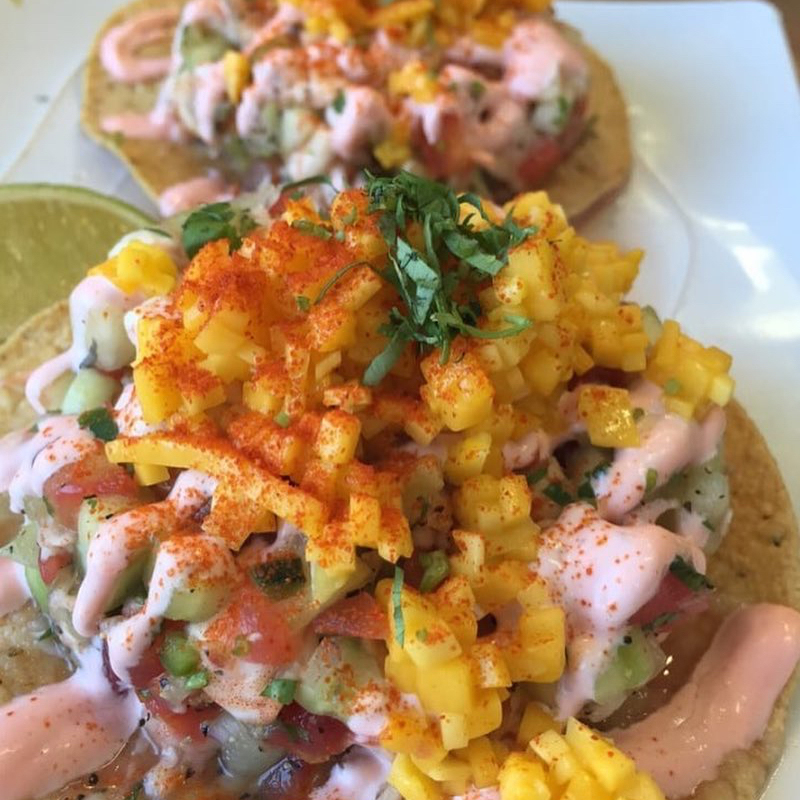 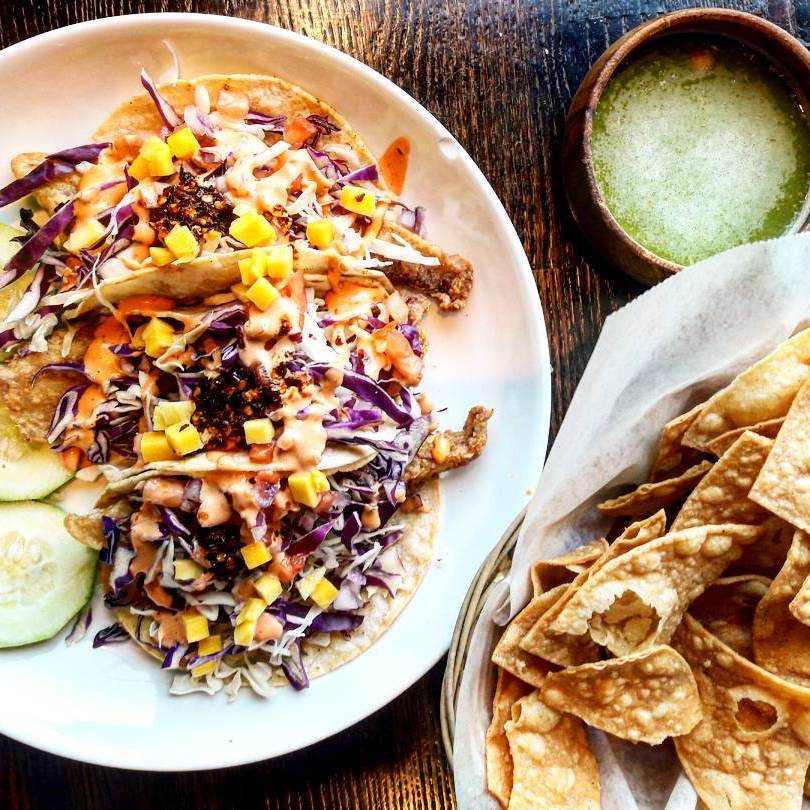 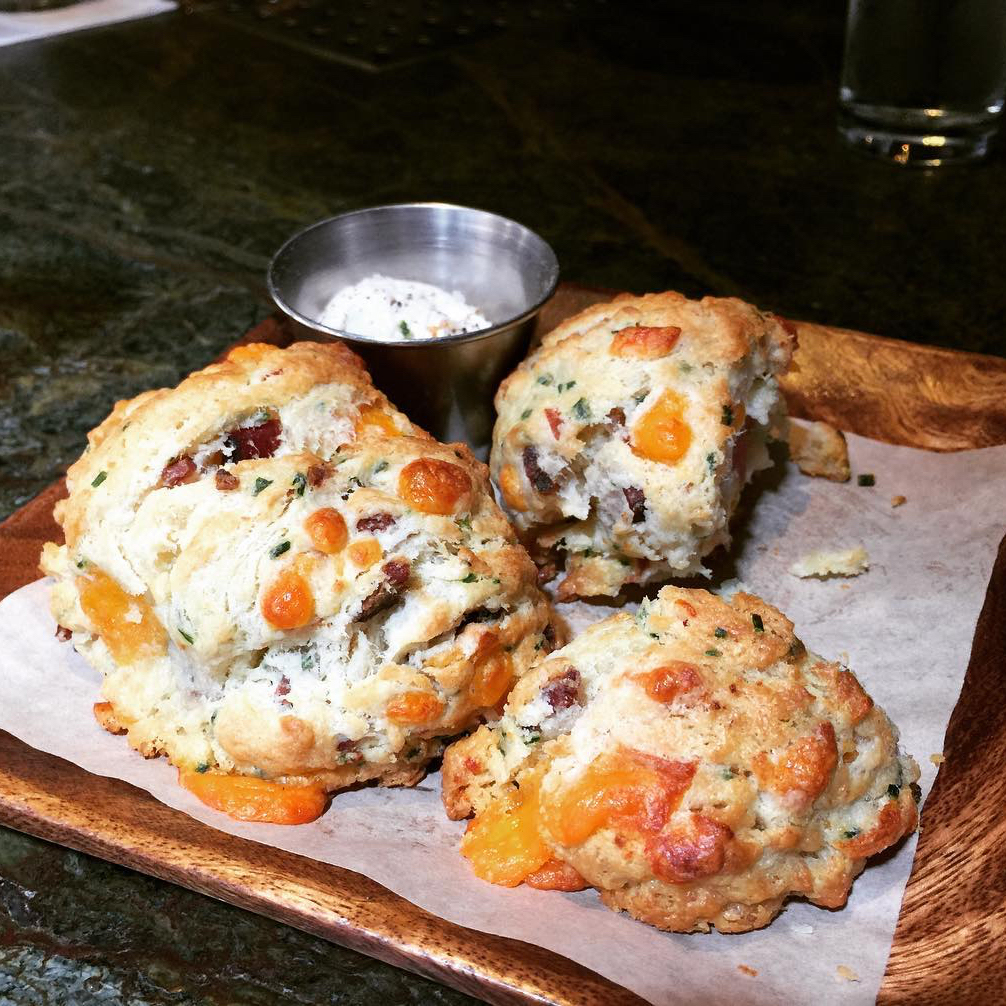 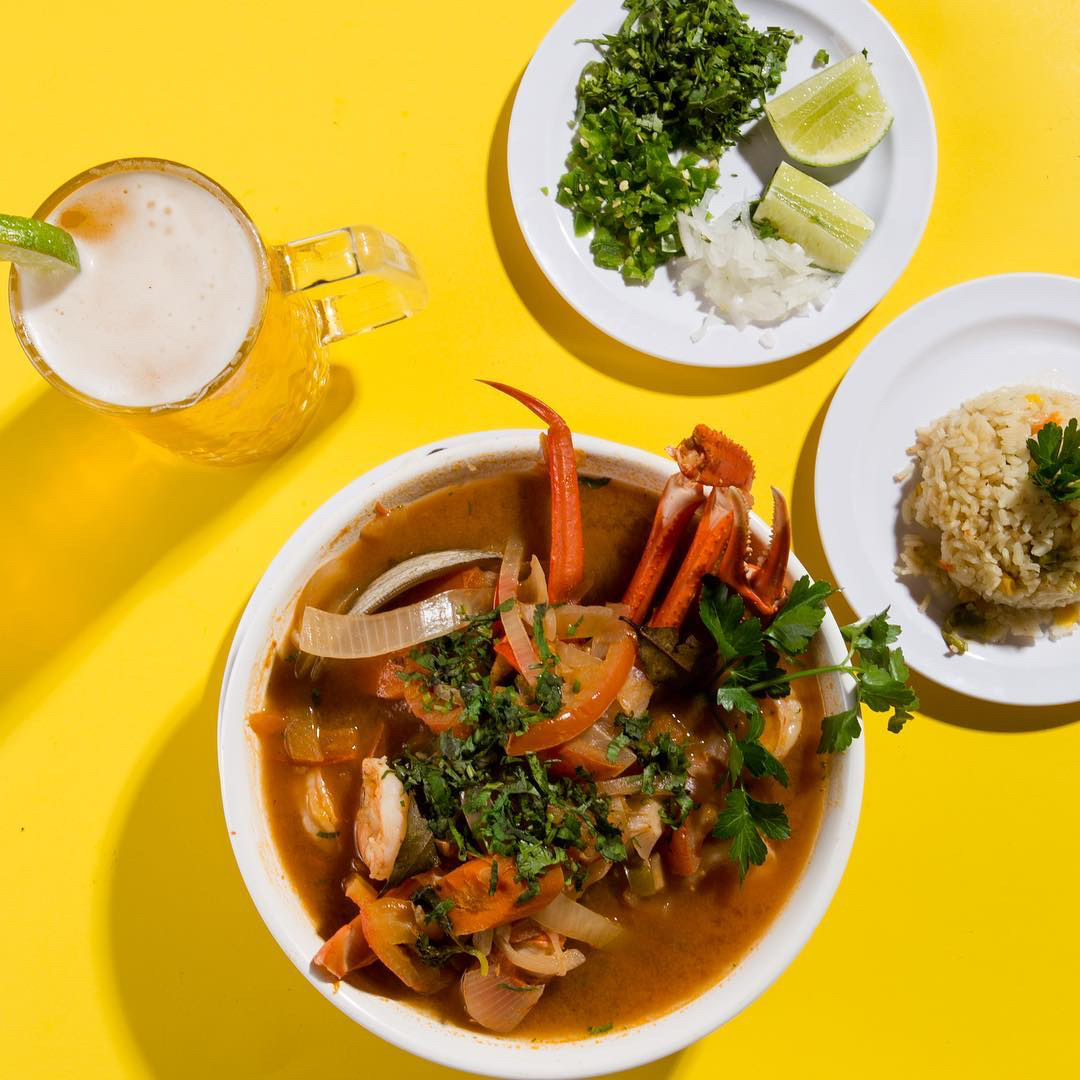 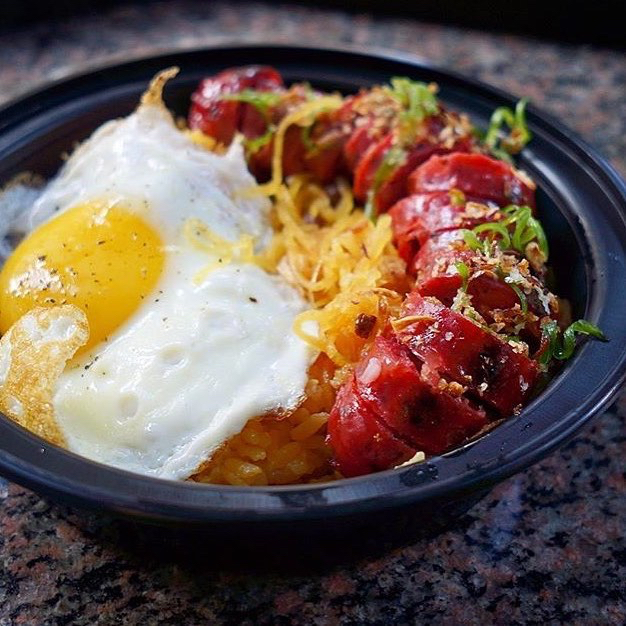 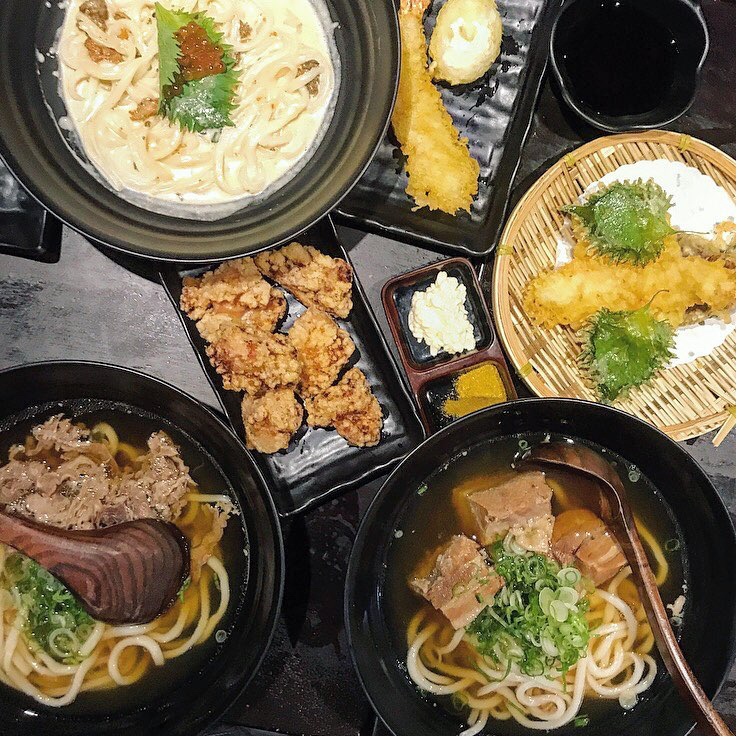 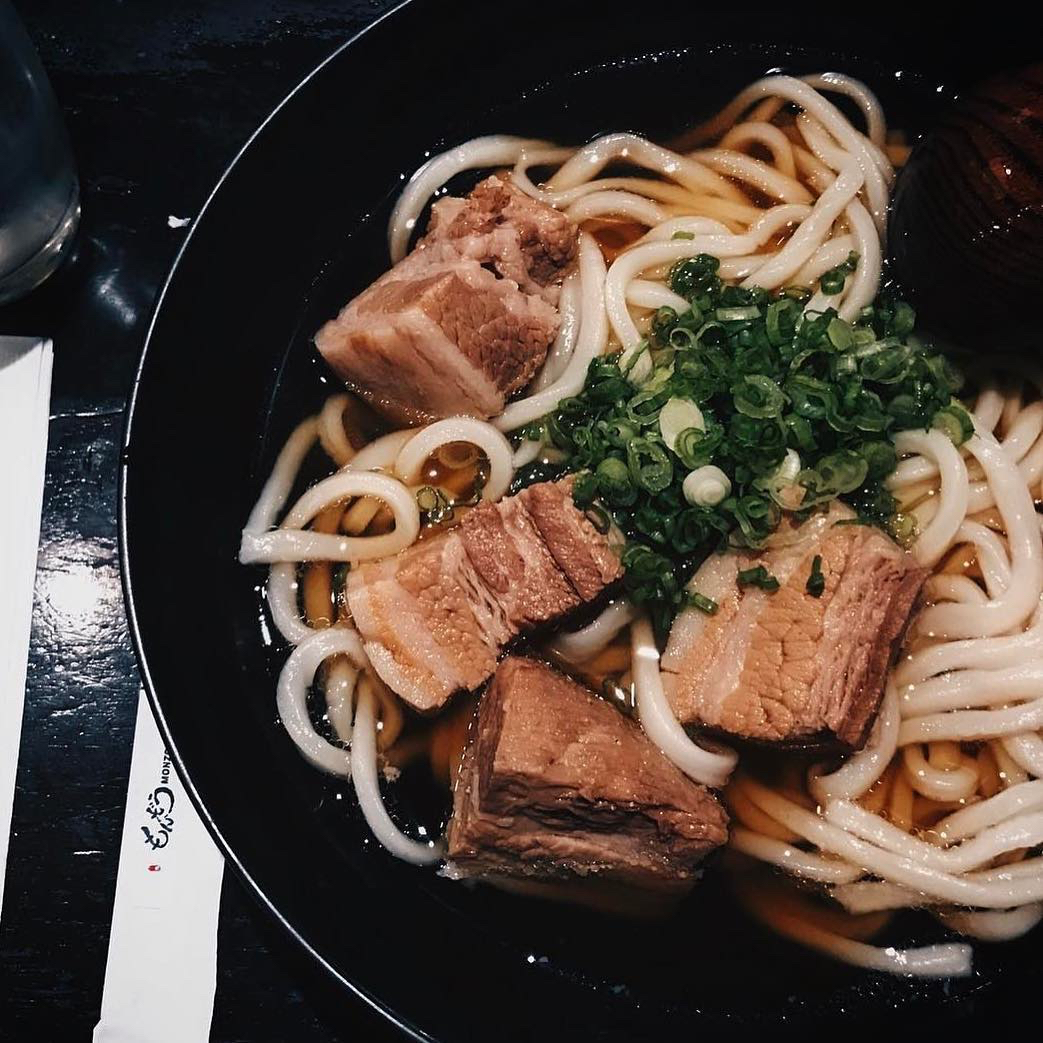