Curb is coming back.
If you’ve got a brain in that head of yours, that sentence is music to your ears. And after a six year hiatus, Larry David (Creator of Seinfeld, King of Political Incorrectness; Area Curmudgeon) is back for a ninth season of hijink for his HBO hit series Curb Your Enthusiasm.
Who’s he gonna piss off this season? Who’s he gonna offend? How many times is Wanda Sykes gonna catch him accidentally being super racist? Will Jeff ever stop cheating on his wife to absolutely no consequence? How’s Lewis’ kidney doing? Will Leon ever move out? Where’s he gonna eat this season?
We can’t wait to find out.
The iconic LA series showcased Larry and the gang eating and drinking all over our city, so if you’ve been curious as to how to do it up like your favorite bald-headed hero, look no further. Though many of the spots highlighted in the show are fictional, a good amount are very real and very still in-business. We’ve whipped up a guide to said spots, and, if we do say so ourselves, it's prettttttay, pretttttttttay, pretttttttttttaaayy good. Take a look.
Get Citizine Updates Here

Burbank, $
1x02 - Ted & Mary
Impressed by Larry’s bowling skills, huh? Well, ya know what? He’s an impressive guy. Pickwick is the old school bowling alley of your dreams, complete with the cheapest bar in Burbank. Just try not to have your shoes stolen when you go. 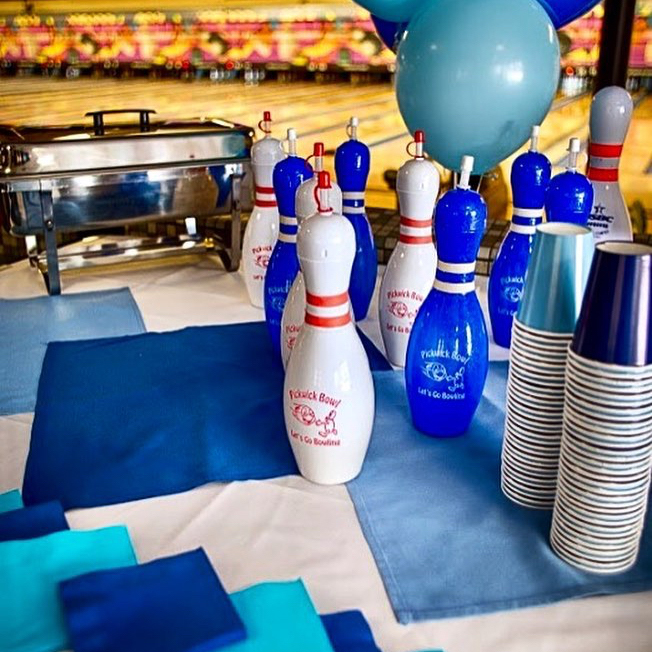 Multiple locations, $$
1x02 - Ted & Mary / 6x08 - The N Word
You’ll find the gang at Marmalade a handful of times throughout the series. It’s a great spot to have a quick bite or to offend Mary Steenburgen’s mother. Though, let’s be honest, who wants to drink out of somebody else’s water glass? It’s gross. What, we all have to share water glasses now? That’s communism. 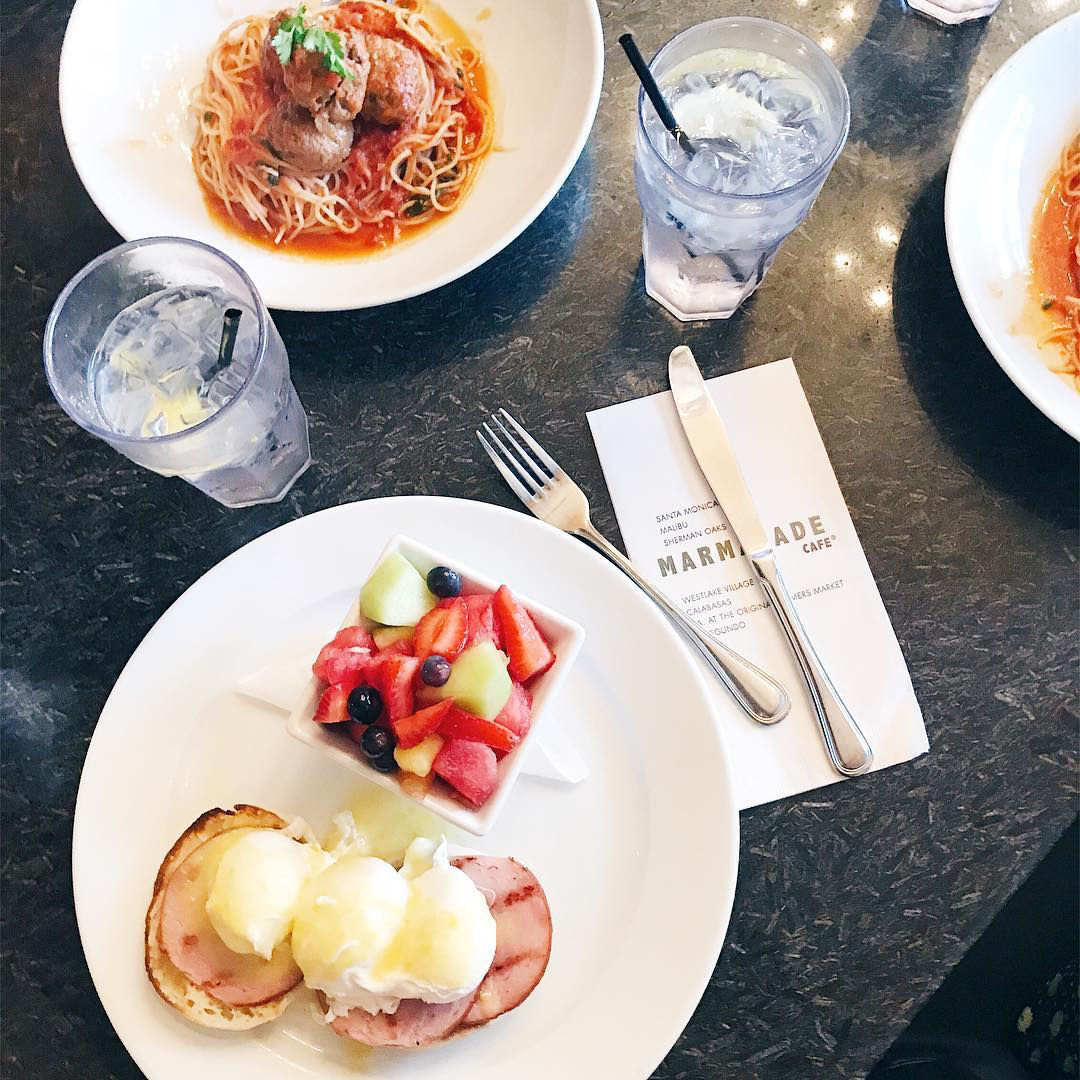 Sawtelle, $$$
1x05 - Interior Decorator
It’s a swing and a miss for Larry when he arrives late to his meeting with Diane Keaton at Bandera, one of Brentwood’s most happening spots for westside Hollywood types. Bandera has been doing new American cuisine and live jazz just right for a while now, and ya know what? It’s nice. Sue me, I like to listen to a little jazz when I eat dinner. Big deal.

Multiple locations, $$
2x06 - The Acupuncturist
Don’t be too afraid to go to En; it’s not often that waiters attack customers and cause them fatal heart attacks, but we don’t recommend dowsing the scariest Japanese waiter in the building with water. We do recommend, however, bringing some friends and ordering any and all of the house specialty rolls or sashimi dishes, especially that yellowtail with diced chilies. 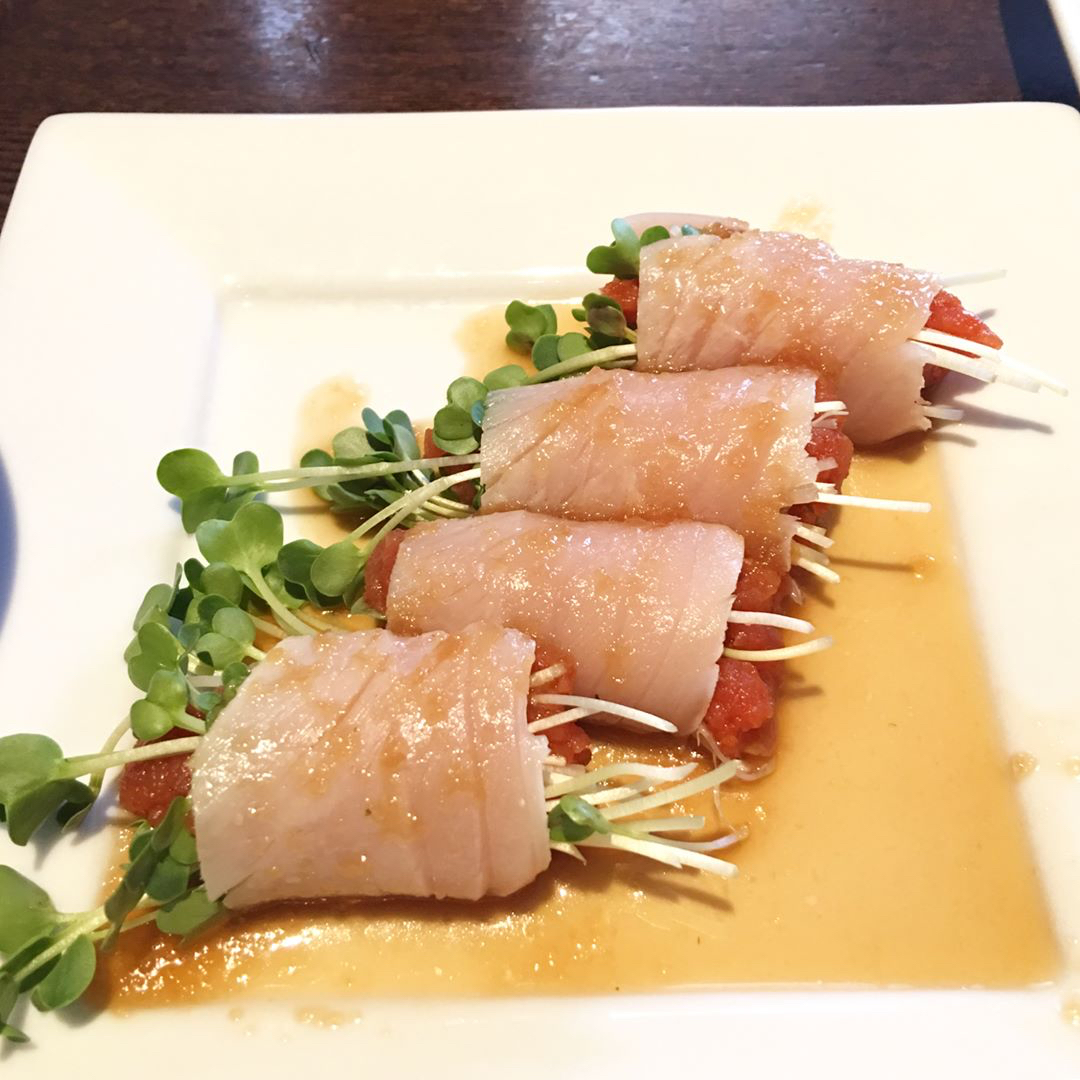 2x08 - Shaq / 6x05 - The Freak Book
Home of the Lakers, Clippers, and Kings, the Staples Center is an essential for any Angeleno. You’ll see Larry hit up the arena a couple of times, but if you yourself end up courtside, learn from his mistakes and make sure not to stick your leg out to stretch when Shaq is walking by (it was an accident, gosh!). 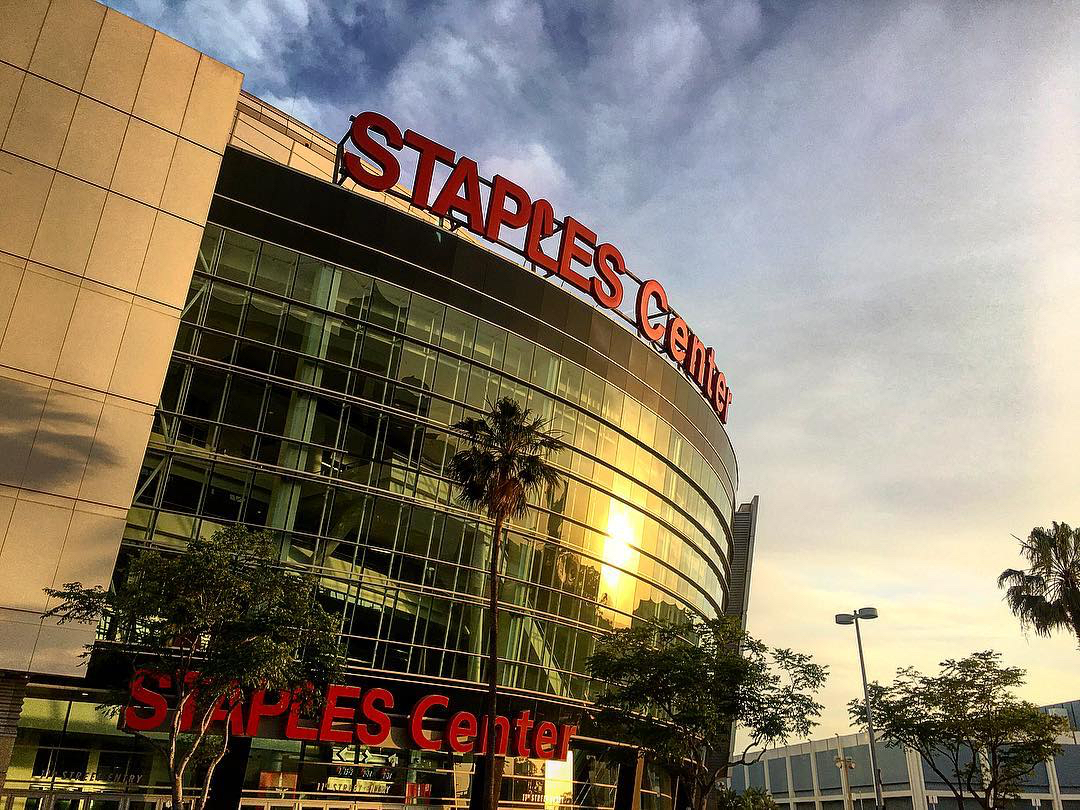 4x06 - The Car Pool Lane / 8x01 - The Divorce
What’s better than a ballgame, ya know? Couplea single guys at the ballgame? That’s the stuff right there. And pro-tip, you can take the carpool lane all the way to Echo Park if you pick up a hooker.
Side note: Did you know this episode literally saved somebody from death row? 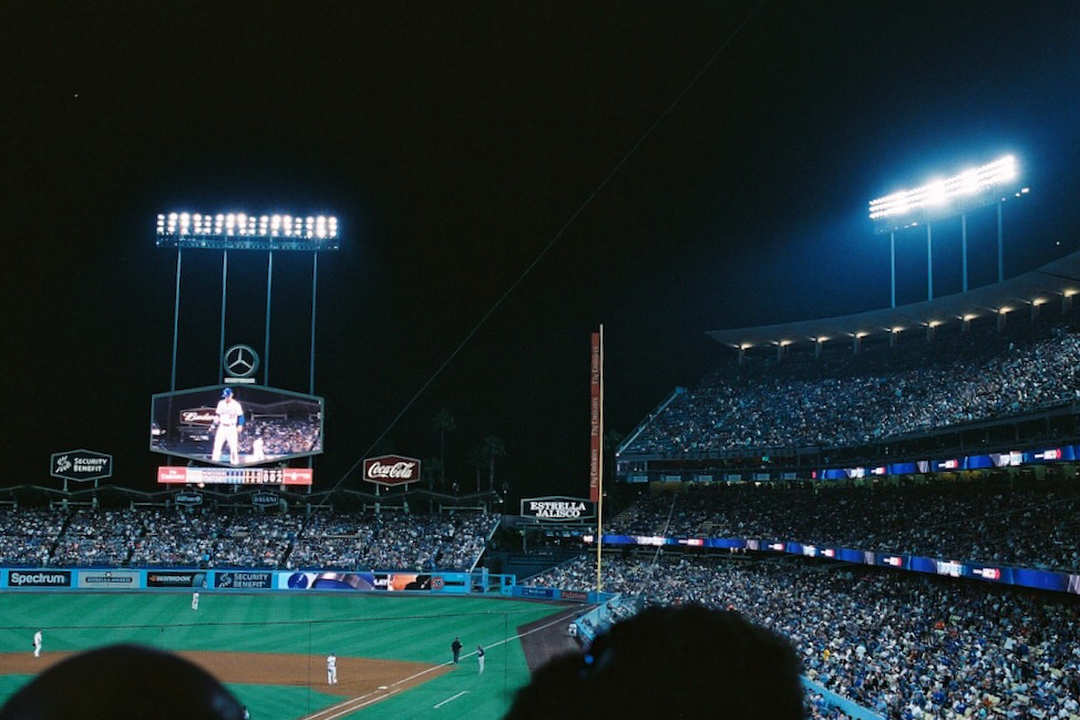 Multiple locations, $
2x08 - Shaq
LA is full of craft coffee, but look, what’s wrong with going to Starbucks once in a while? What’s the big deal? Oh boo hoo, I’m too cool for Starbuck’s, I’m so trendy and cool, I have to pay $7 for coffee in Highland Park. Get outta here with that. 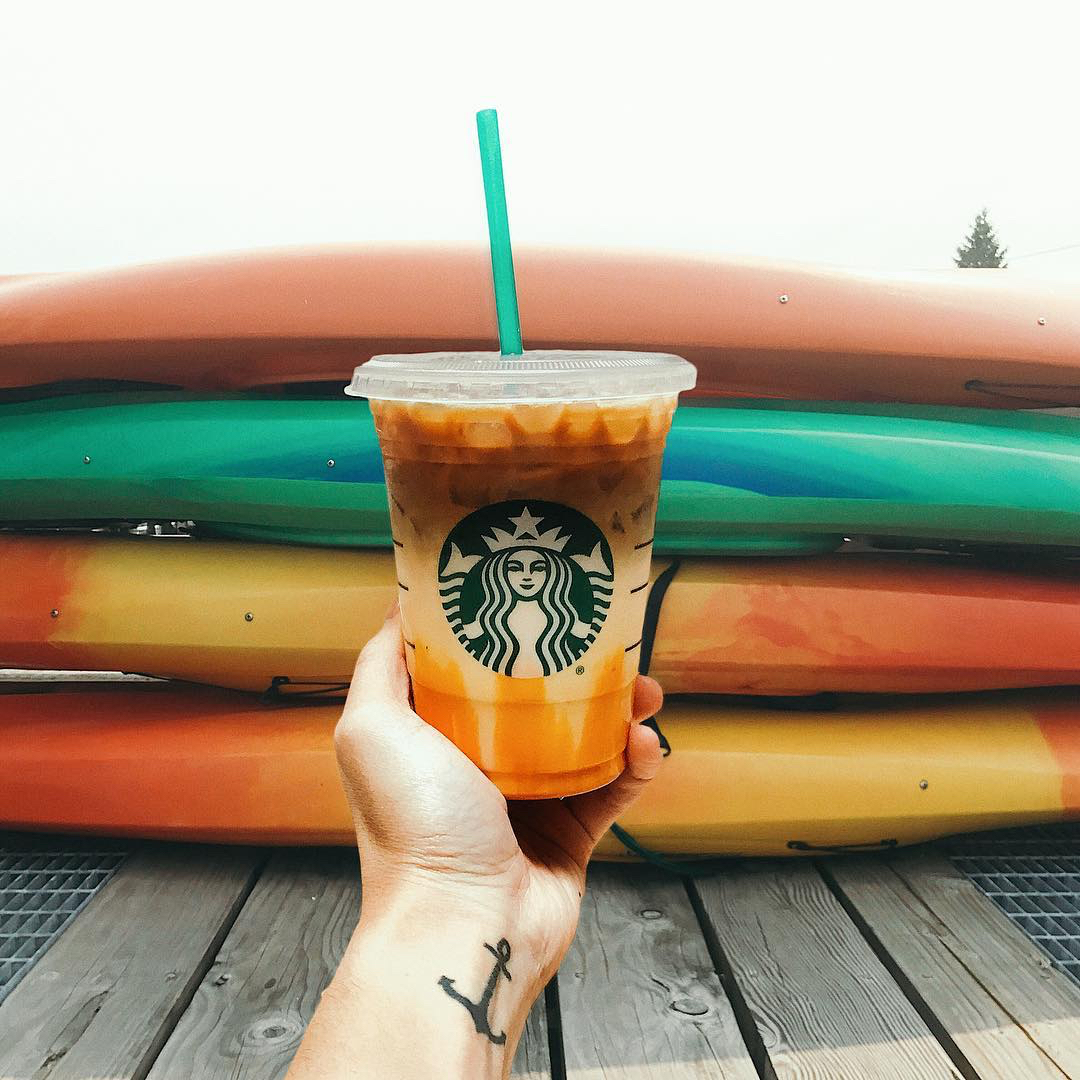 Cheviot Hills, $$
3x02 - The Benadryl Brownie
Breakfast & lunch at O’Groats has been a staple for any long-time LA resident. You can catch Larry here trying to fix his TiVo man’s tip (it’s not a race thing!) much to the dismay of a constantly lurking Wanda Sykes. And oh my god, have you tried their biscuits? You ever tasted anything like ‘em? You gotta have ‘em. Unbelievable. 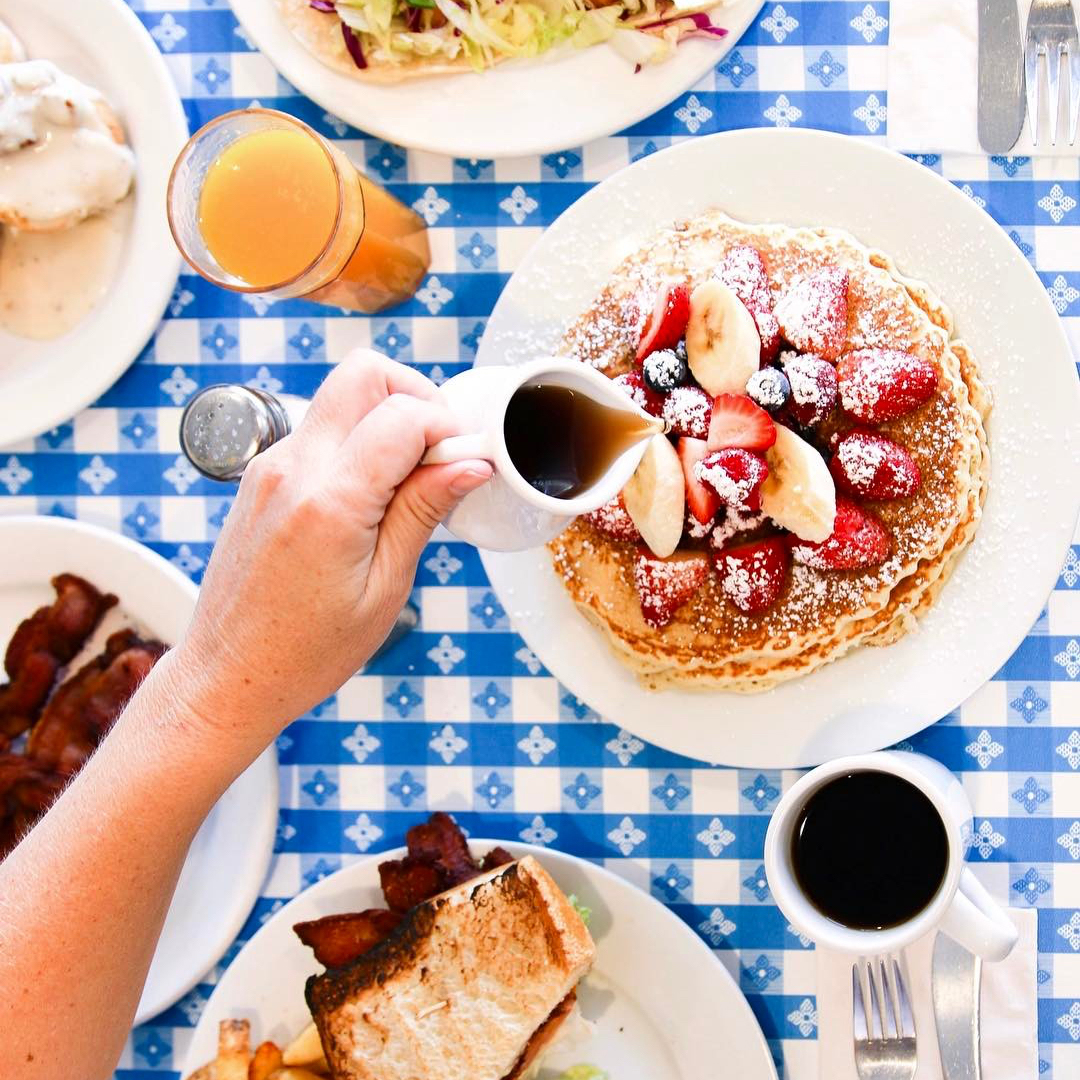 Beverly Hills, $$
3x04 - The Nanny From Hell
The Brighton Coffee Shop has been open for over 80 years, and if that’s not a reason to give ‘er a visit than I don’t know what is. They do bulgogi sandwiches too, which is a delicious meat as long as you don’t suddenly get scared that it’s made out of Oscar the dog. 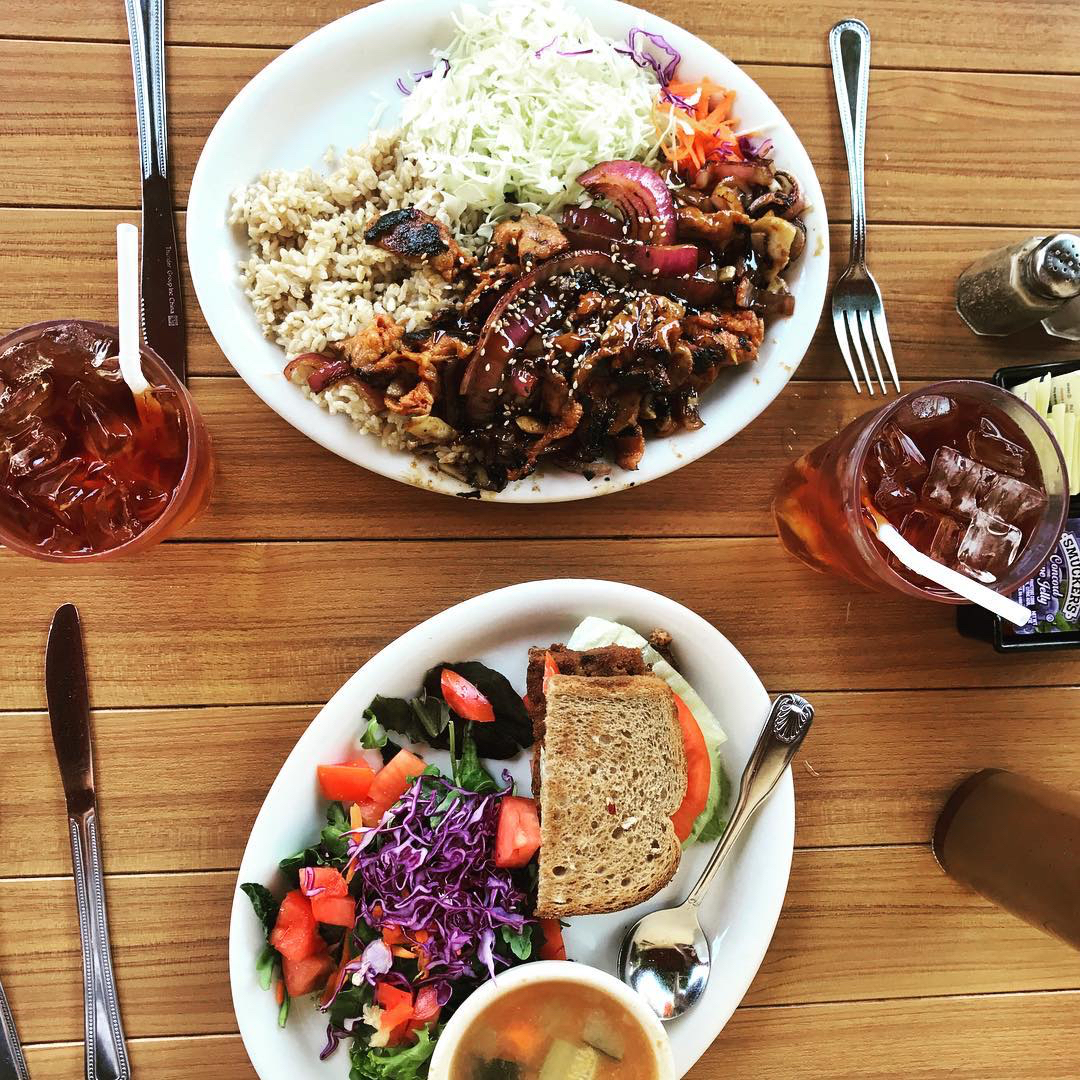 Sawtelle, $$
4x01 - Mel’s Offer
Larry David can sing, as noticed by Mel Brooks when he takes the mic at Karaoke Blue in the Season 4 opener. He sings so well in fact, that Brooks decides to cast him in The Producers to set up one of the best story arcs Curb ever had. If you don’t like private room karaoke and desperately long to strut your stuff in front of strangers, then this is the place. 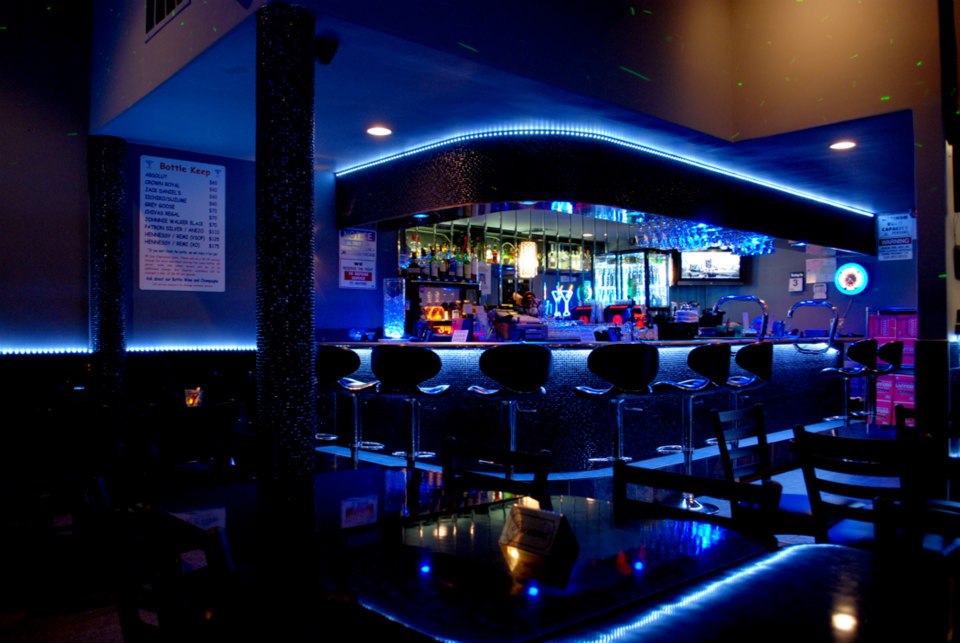 Fairfax, $$
4x03 - The Blind Date
An absolute beacon in the LA Jewish deli scene, Canter’s is as much an LA landmark as anything else. Of course matzoh ball soup and pastrami are what you think of when you walk into a Jewish deli, but trust us when we say that the bakery is actually the star of the show at Canter’s. The rugelach! Jeez louise you gotta try that rugelach, it’s unbelievable. 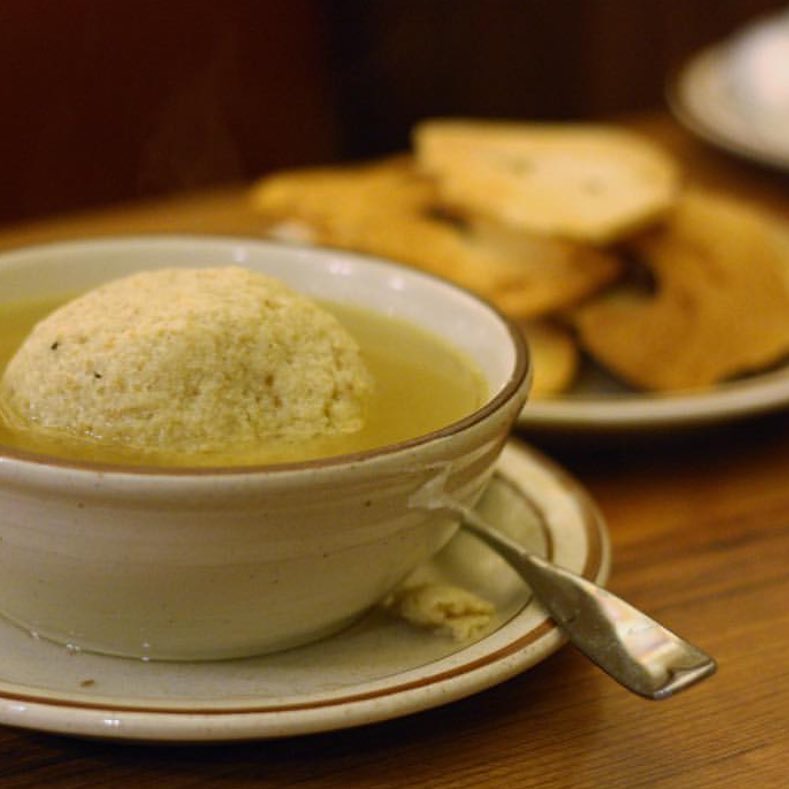 Westlake, $$
4x06 - The Car Pool Lane
Funkhouser’s favorite sandwich shop “Matt’s” might look familiar to you if you’re a fan of great sandwiches (particularly pastrami, because honestly, who wants a fish sandwich? All I’m saying is that I’d much rather have a piece of corned beef or pastrami to tuna fish or white fish. That’s all I’m saying.)because if so, you’re a fan of the actual-shooting-location Langer’s; particularly the #19. Many people call the ‘stram, slaw, Russian dressing, & swiss on double-baked rye the best sandwich in LA. We’re with ‘em. 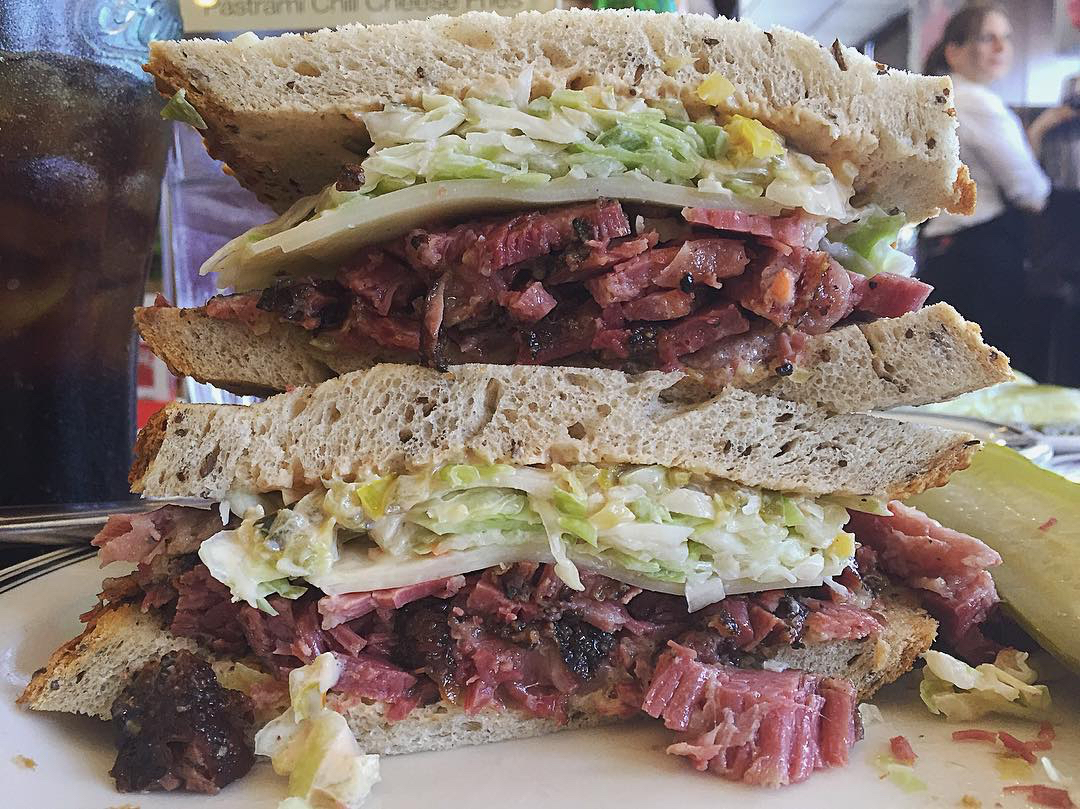 Jack in the Box

Multiple locations, $
5x05 - Lewis Needs a Kidney
If you’re ever looking to have dinner with a criminal, do it the Larry David way, in a car outside Jack in the Box. And what’s with this policy where you can’t walk through the drive through? What’s the difference? It’s a stupid policy. I’ve just never heard of such a policy. 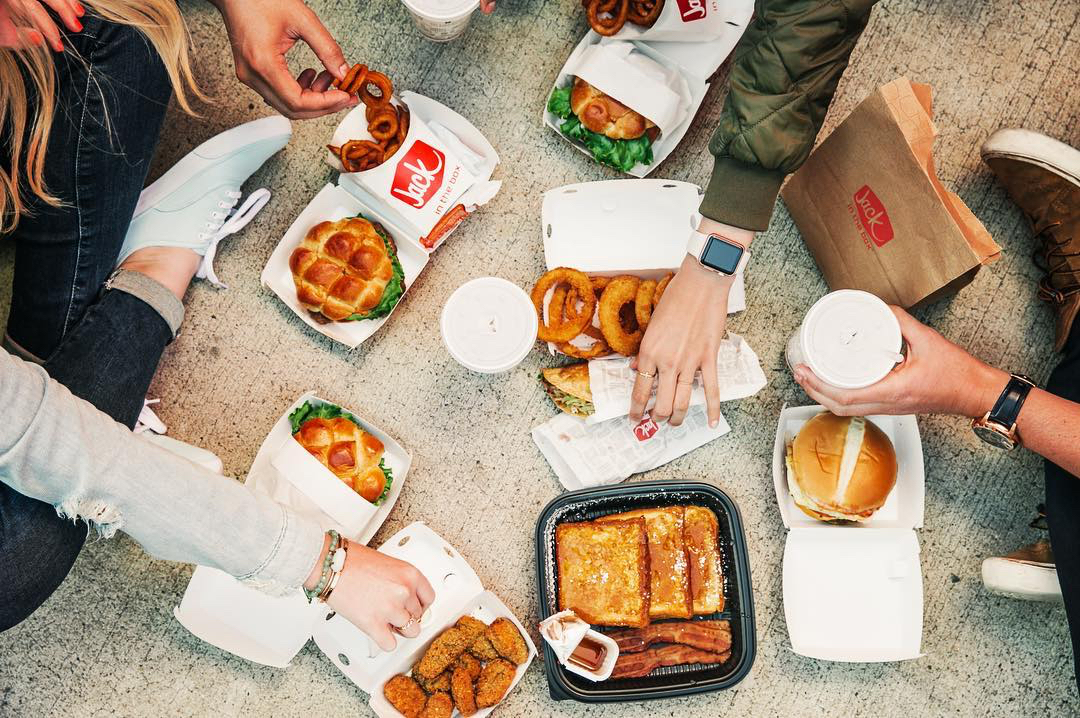 Image courtesy of Jack in the Box

Santa Monica, $$
5x08 - The Ski Lift / 5x09 - The Korean Bookie / 7x06 - The Bare Midriff
A classic haunt frequented often by Larry & the gang, the 24/7 Jewish deli is hard to beat. But if Richard Lewis is coming to join you (you’re close friends with Richard Lewis) be sure to slide over for him. He can get very sensitive about that. 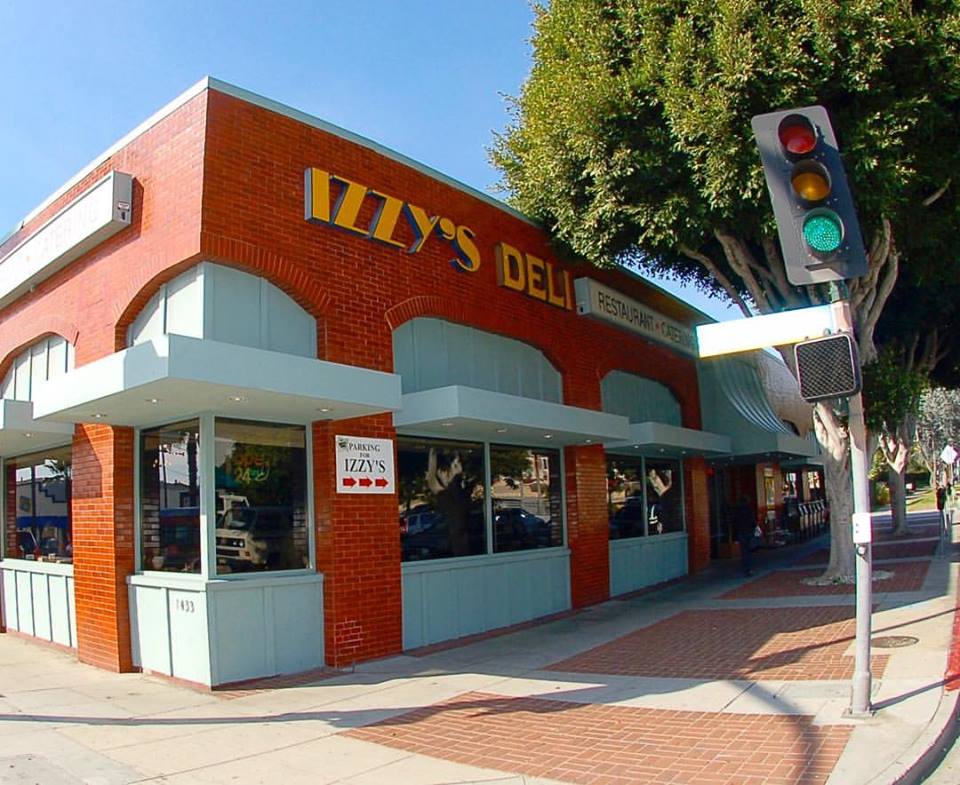 Santa Monica, $$$
6x09 - The Therapists
You’ll recognize this as the date restaurant where Larry juuuuuust about wins Cheryl back, until he listens to the awful advice of his therapist. Just like most of the restaurants Larry eats at, it’s a buzzy new-American spot that is generally a date night grand slam. Just ignore your therapist’s advice. 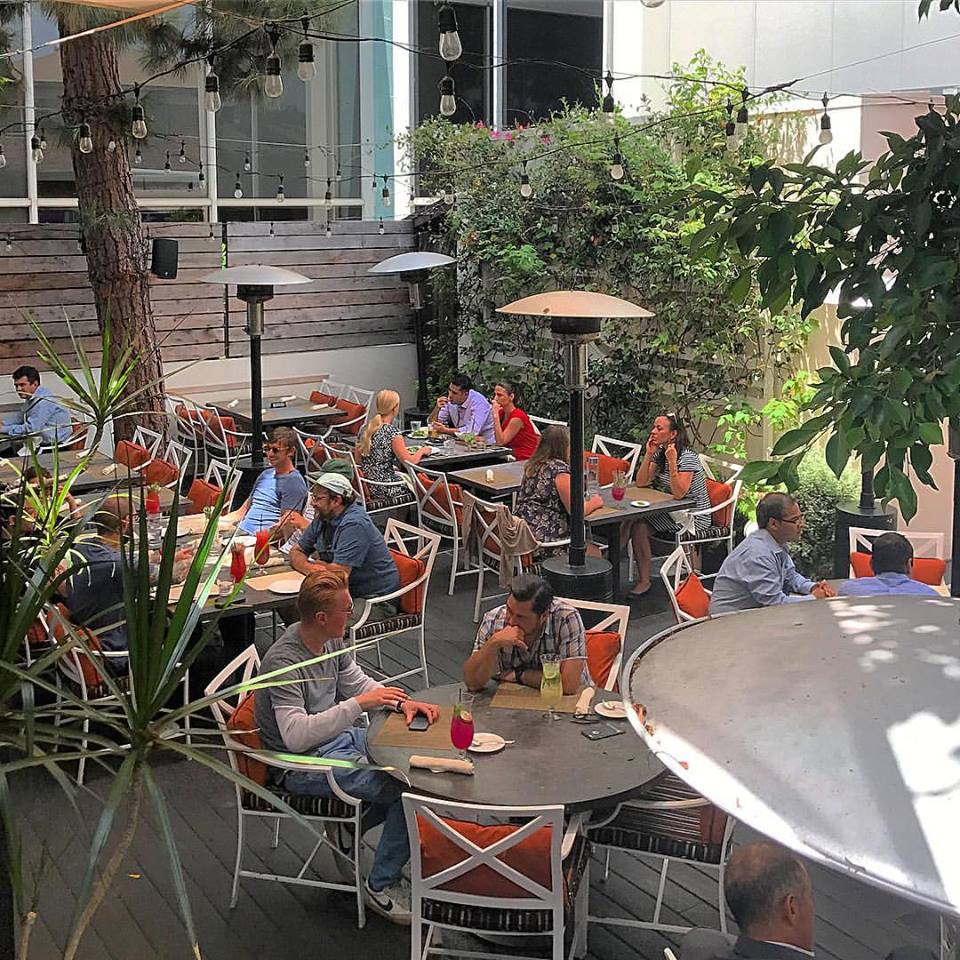 Brentwood, $$$
7x01 - Funkhouser’s Crazy Sister
You’ve never had a pork chop till you’ve had one at The Brentwood. You hear me? NEVER. Can’t get a table at? Do what Cheryl & Wanda do, and drop Larry’s name. Works every time. 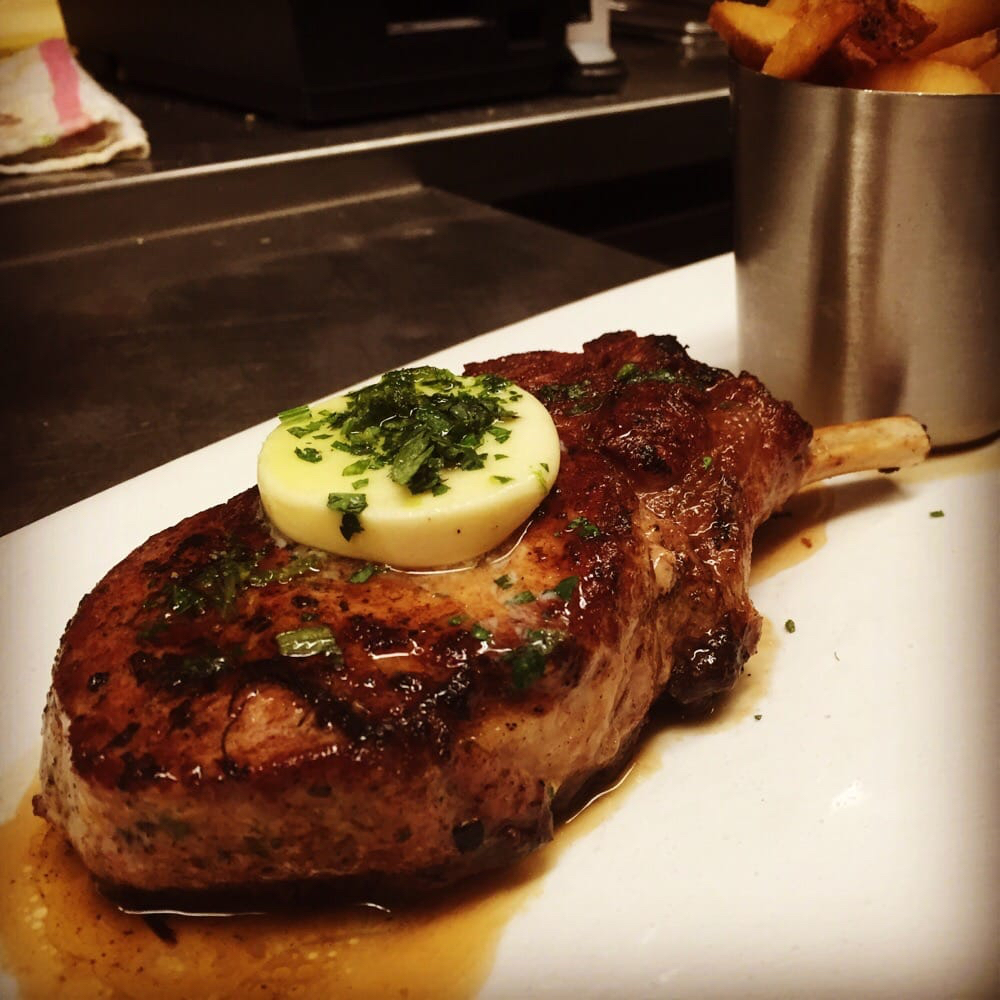 Venice, $$
7x03 - The Reunion
Sorry folks, the walls aren’t actually covered in nudie pictures. We do recommend that if you go to lunch here with Jason Alexander, you make sure you’re not being out-tipped (that Costanza is a sneaky one). It’s just normal tipping rules that if you split the check you do the same tip, right? Why is that so hard to understand for people? Just because you secretly feel like treating the server really well, I gotta sit here like an idiot and leave a much smaller tip? It’s not right. It’s just not right. 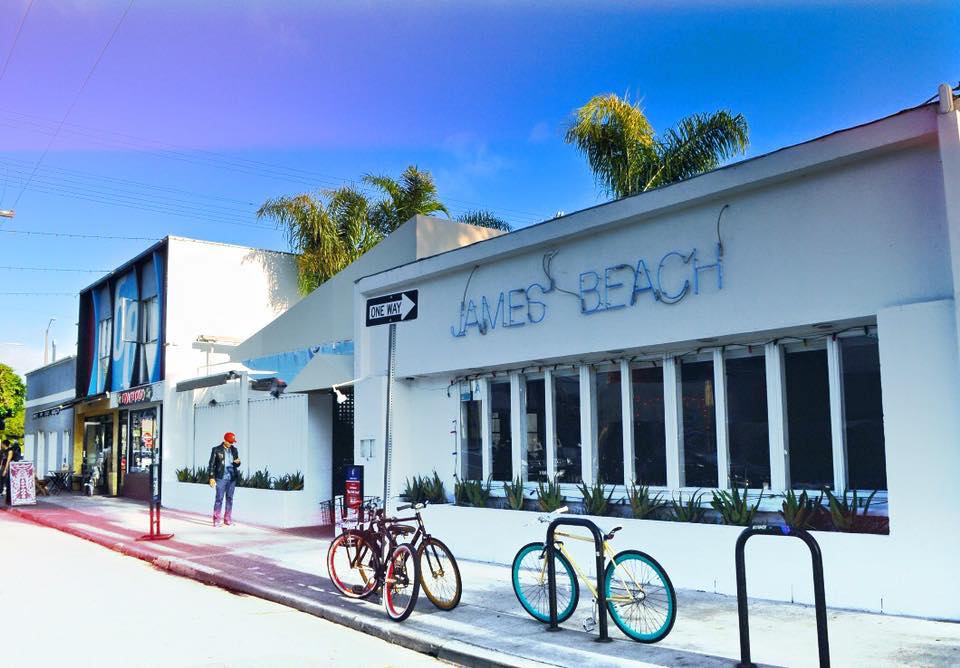 West Los Angeles, $$$
7x04 - The Hot Towel
Not enough restaurants like Matteo’s exist anymore, that’s for sure. Once a hangout for the Rat Pack, it’s an old school homey Italian restaurant with a menu packed with heartwarming Italian classics rather than trendy new Instagrammable food. Just make sure you don’t tell the singer to stop. 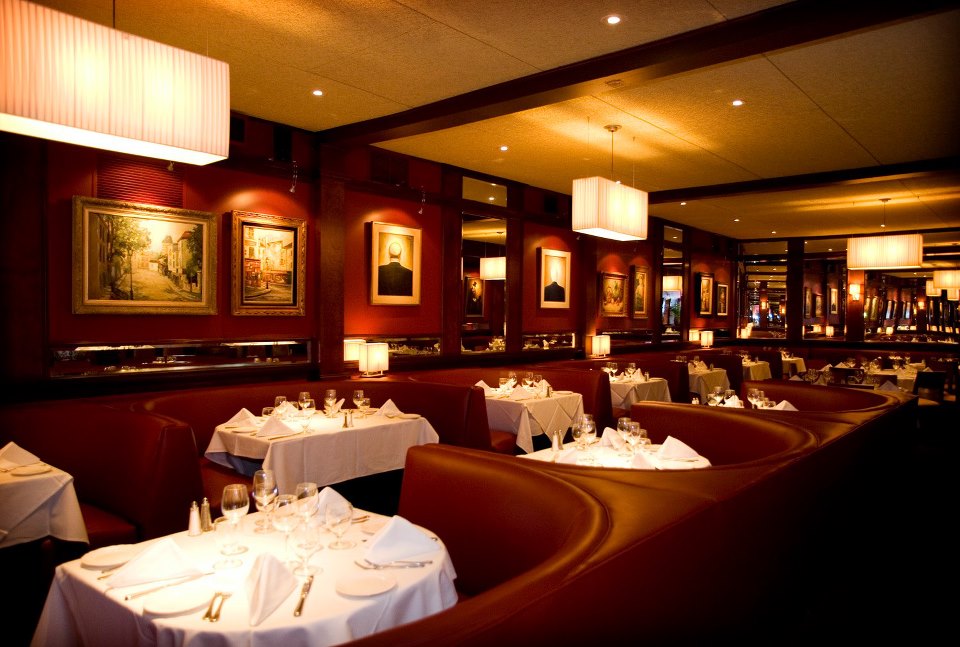 Santa Monica, $$
7x05 - Denise Handicap
A cozy Santa Monica hang & perfect to hide your legs if you’re trying to trick somebody into thinking you’re not in a wheelchair. But, if I may tell the truth, have you noticed how people treat you if you’re dating somebody in a wheelchair? It’s unbelievable. You get whatever you want. Total VIP. 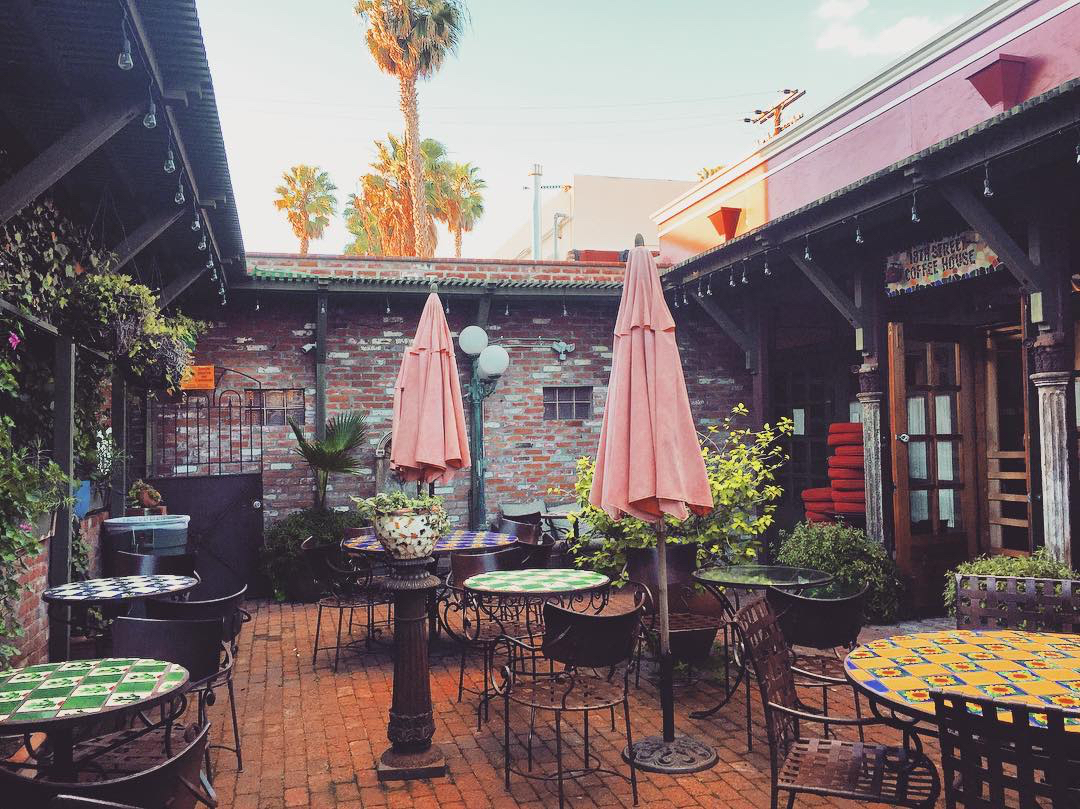 UCLA, $
7x05 - Denise Handicap
A great chicken parmesan sandwich? No doubt. But it’s messy and you might need a lot of napkins, and Enzo’s only lets you have two, which is ridiculous. It’s a stupid policy. Napkins should be free. That’s the social contract we’ve entered into when I order the chicken parmesan sandwich, it states that the eater is entitled to plenty of napkins. Why can’t I take more than two, huh? So what? What’s the big deal? 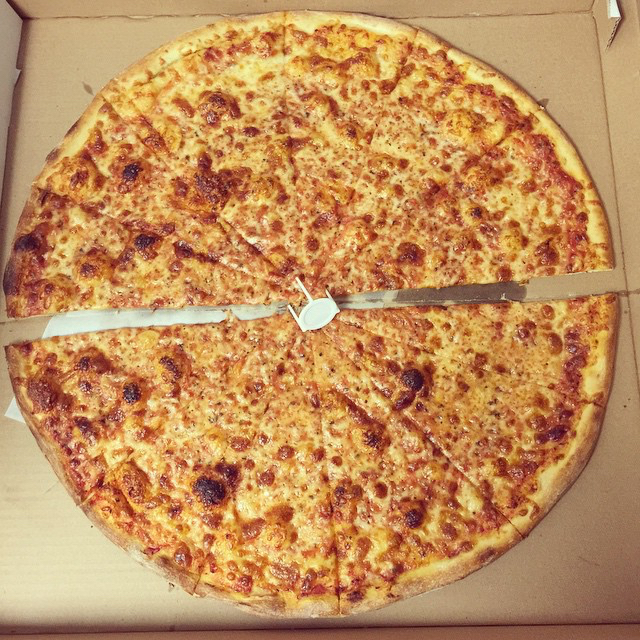 Santa Monica, $$$
8x02 - The Safe House
Another iconic Brentwood spot for hearty Italian fare. But if you’re planning on meeting somebody there, don’t forget to call and confirm the person is still coming, or you just might be sitting at the table by yourself. Though to be honest, calling to confirm? Is that really such a big deal? It’s like calling back after a dropped call to say goodbye, it’s just totally unnecessary. Gimme a break. 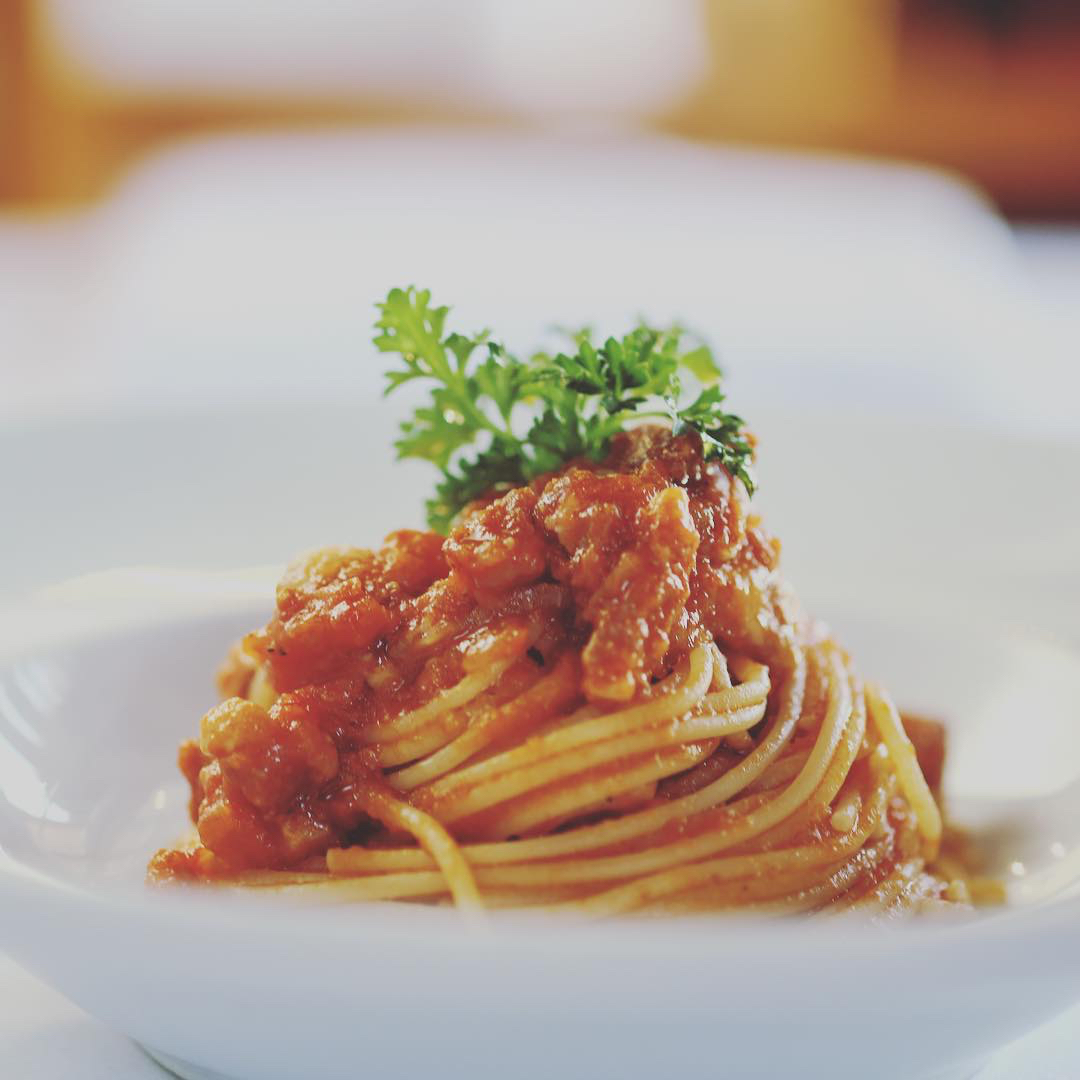 Multiple locations, $
8x02 - The Safe House
Look, we get it, Larry & Jeff had to bring that Pinkberry to Oscar for his (spoiler alert) final meal. But Jeff kept taking extra bites, and what, is Larry supposed to let that slide? It should be even. Same amount of bites per person, who cares if Jeff is driving? Who cares? What, is there a rule about the driver getting more bites because he’s driving? I’ve never heard of such a rule. If you say that’s a real rule, then guess what buddy, you’re lying.
*Cue lie-breaking stare down* 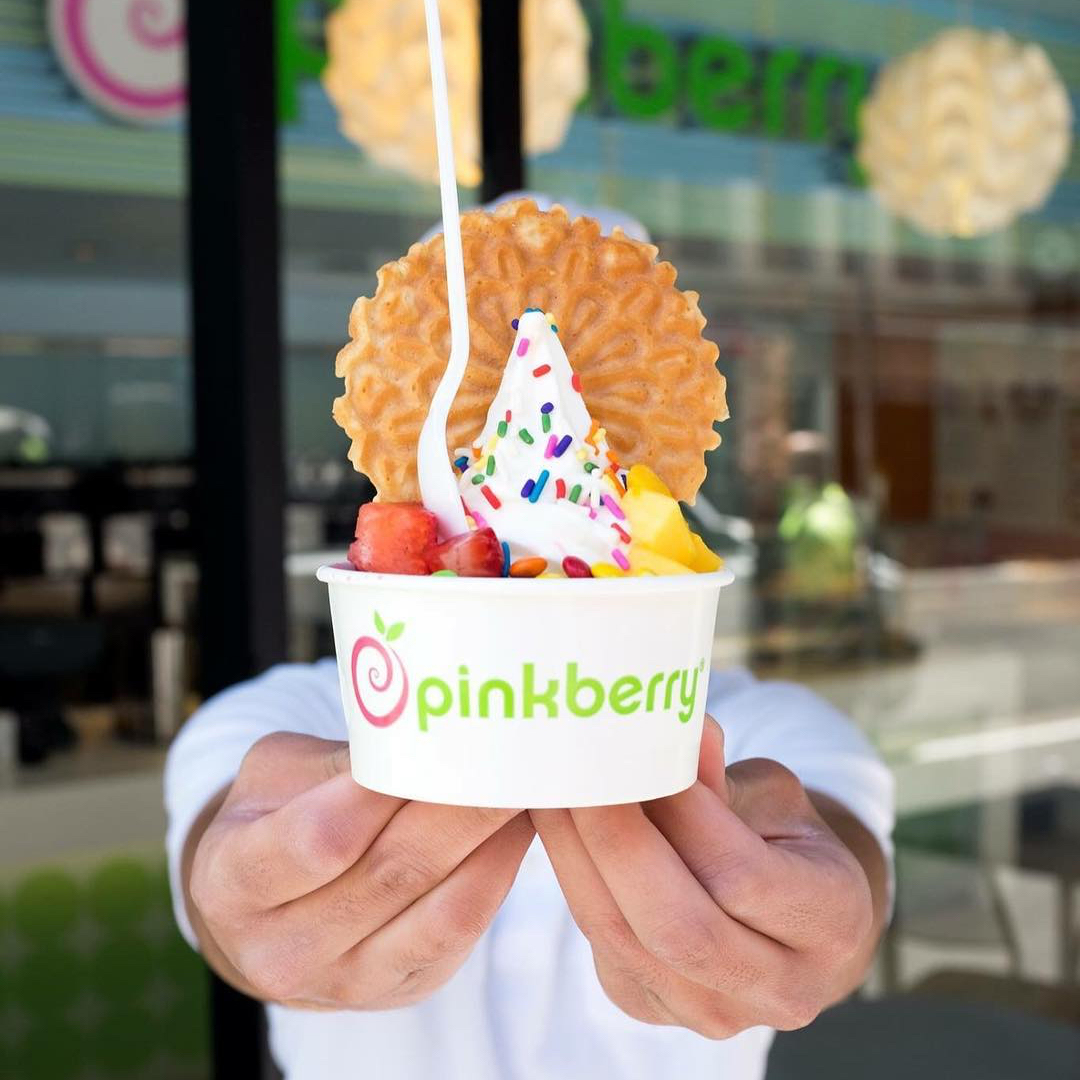 Multiple locations, $
Various Episodes
Okay we never actually see Panda Express, but Leon is constantly eating it or coming home with it. The orange chicken is unbeatable. Bless his heart. 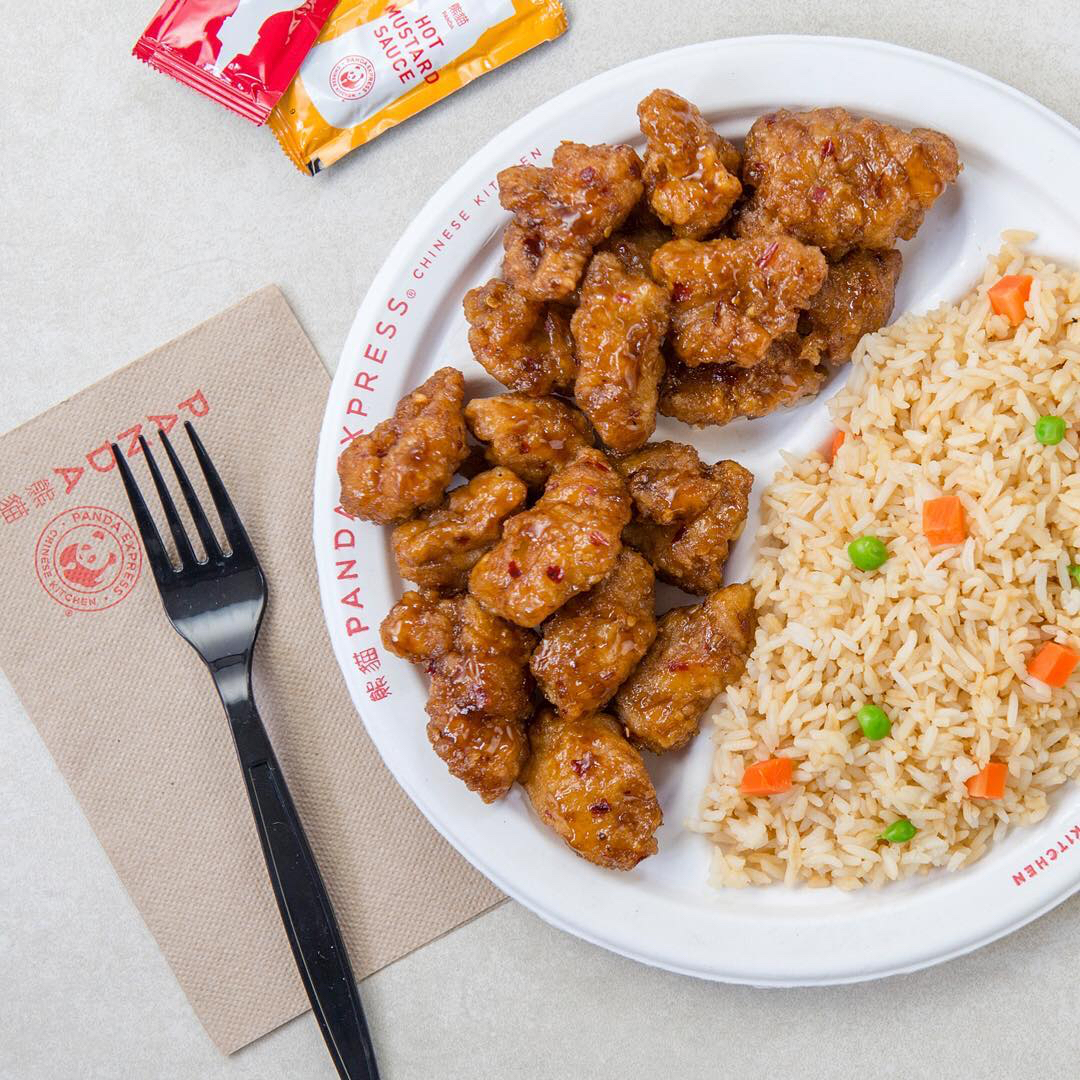 Wilder Shaw is a writer, comedian, and sandwich eater. There’s usually food in his mouth. Stalk him on Instagram at @wildershaw and Twitter at @WilderShaw.