On the corner of a street that qualifies as both industrial and residential, there is a sandwich shop. It’s a neighborhoody place, where regulars hang and newbies come to explore while the record player on the counter most likely spins something a customer brought in as a present. It’s a mom and pop shop too—the owners are married. There are only six sandwiches on the menu, with the occasional weekday special. They do punch cards; some feature Chevy Chase and others, George Costanza. Between the bread of each ‘wich, you’ll find quality ingredients, usually found from local farmers' markets and trusted vendors. Each sandwich is named after an NPR host.
Welcome to Wax Paper. 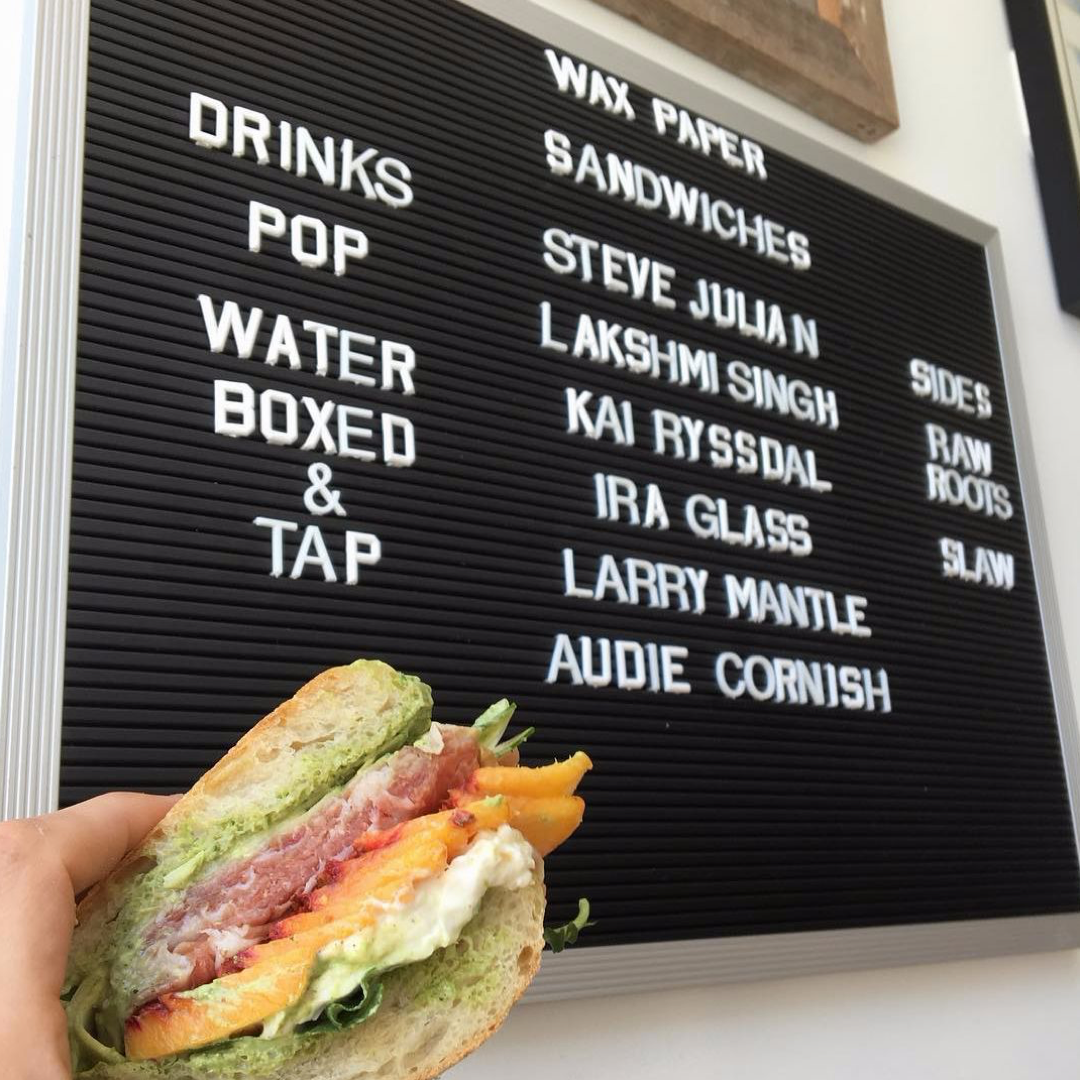 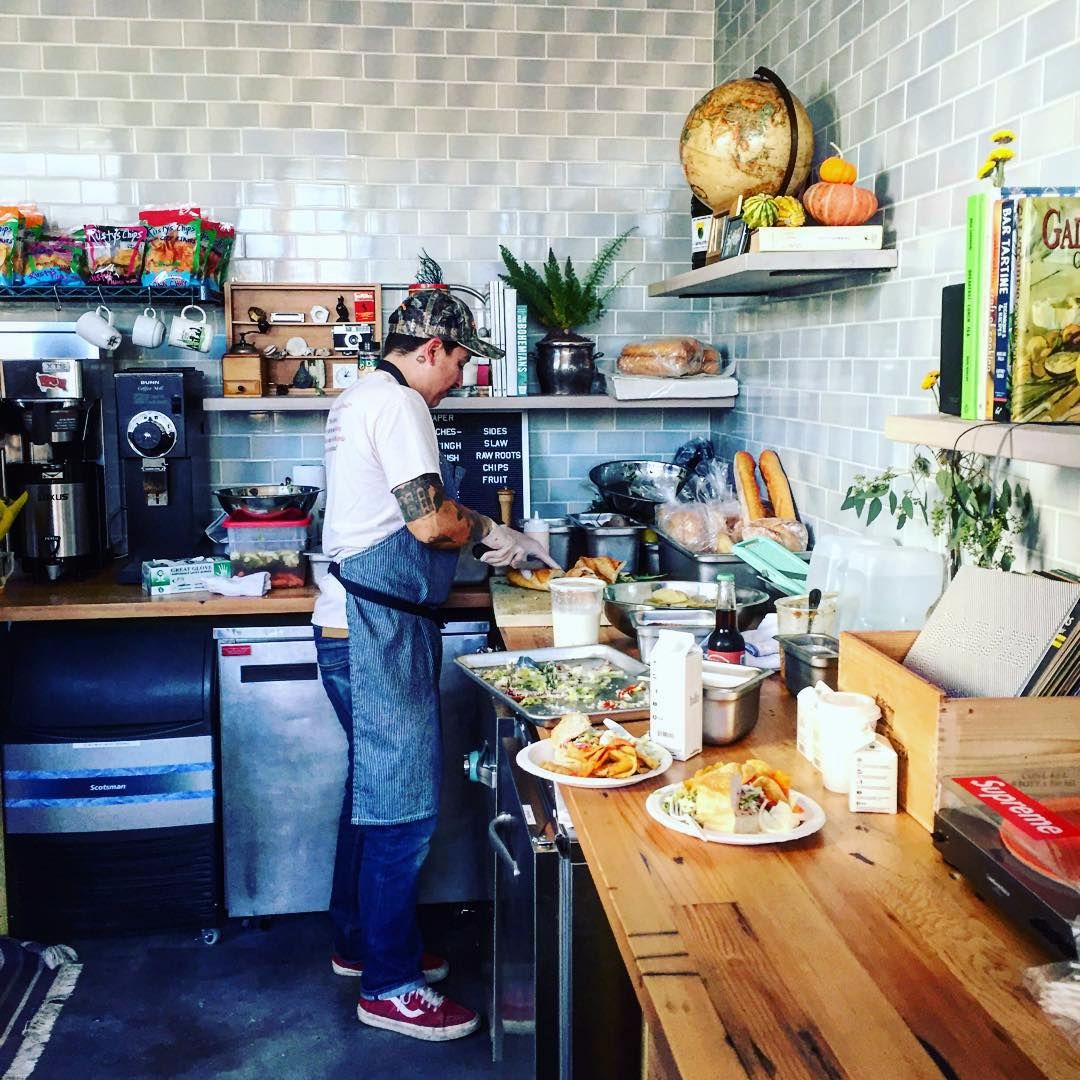 Peter and Lauren Lemos dreamt of owning a neighborhood sandwich shop, and Frogtown (which is a real place) has proven to be the ideal location. People eat, drink, relax and chat here. I eat there at least once a week, and have never even considered ordering for pickup, because chatting with Peter and Lauren while you wait is half the flavor.

It’s not a place to get a Subway-style, eat-while-you-drive, mystery meat type of sandwich. These are specialty sandos—the Steve Julian is Peter’s take on a banh mi, with roasted pork shoulder, pickled carrots and daikon, cilantro, miso-bacon fat aioli, and jalapeño vinaigrette on a baguette. You may have heard of their surprisingly filling Ira Glass (avocado, sprouts, cheddar, pickled & raw red onions, cucumber and garlic aioli on Bub and Grandma’s bread). LA Magazine just called it the best veggie sandwich in LA. You can't go wrong, and since there are only six options (well, seven if you count their Friday/Saturday morning exclusive egg salad toast), go ahead and get a checklist started.
Peter isn’t new to the food scene. He’s done time at Craft, Bazaar, L&E Oyster Bar, and more. Lauren’s got hospitality in her blood, and has worked her way around the restaurant scene as well. While both were working at Umamicatessen (now just a regular Umami) she and Peter met, fell in love and decided to reflect their love outward. Through sandwiches.
Get Citizine Updates Here 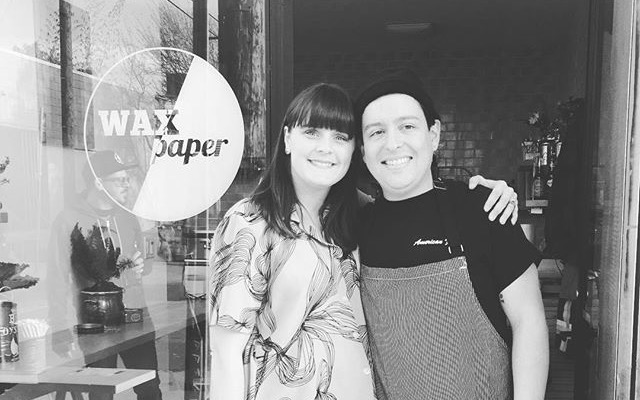 LA is a sandwich town, through and through. But you already know about the #19 at Langer's and the Godmother at Bay Cities Italian Deli & Bakery (well, we hope you do).
Here are the sammies that Peter & Lauren swear by:

Fried Oyster Po' Boy
Silver Lake, $$$
Peter & Lauren Lemos: We love this sandwich for many reasons: Oysters fried to perfection, shaved fennel, chicory & a magical blend of seasoning, Heirloom tomatoes & a generous spread of homemade Sauce Gribiche make for a perfect sandwich. Chef Spencer Bezaire & his wife/GM/Wine Director Sabrina run an amazing ship with an incredible crew, and this one is personal for us. 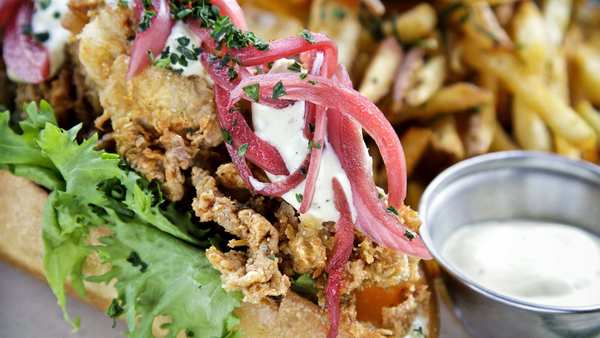 Jagdwurst Sandwich
Silver Lake, $$
P&L: German Bologna served open-faced on sourdough, on a wood board. It has mayonnaise, mustard, and a side of German potato salad which is vinegar based with bacon & is absolutely delicious. Of course, it is garnished with a Krüegermann pickle, (local to Frogtown for 50 years). This is Peter's go-to here because it's simple, traditional, and delicious. 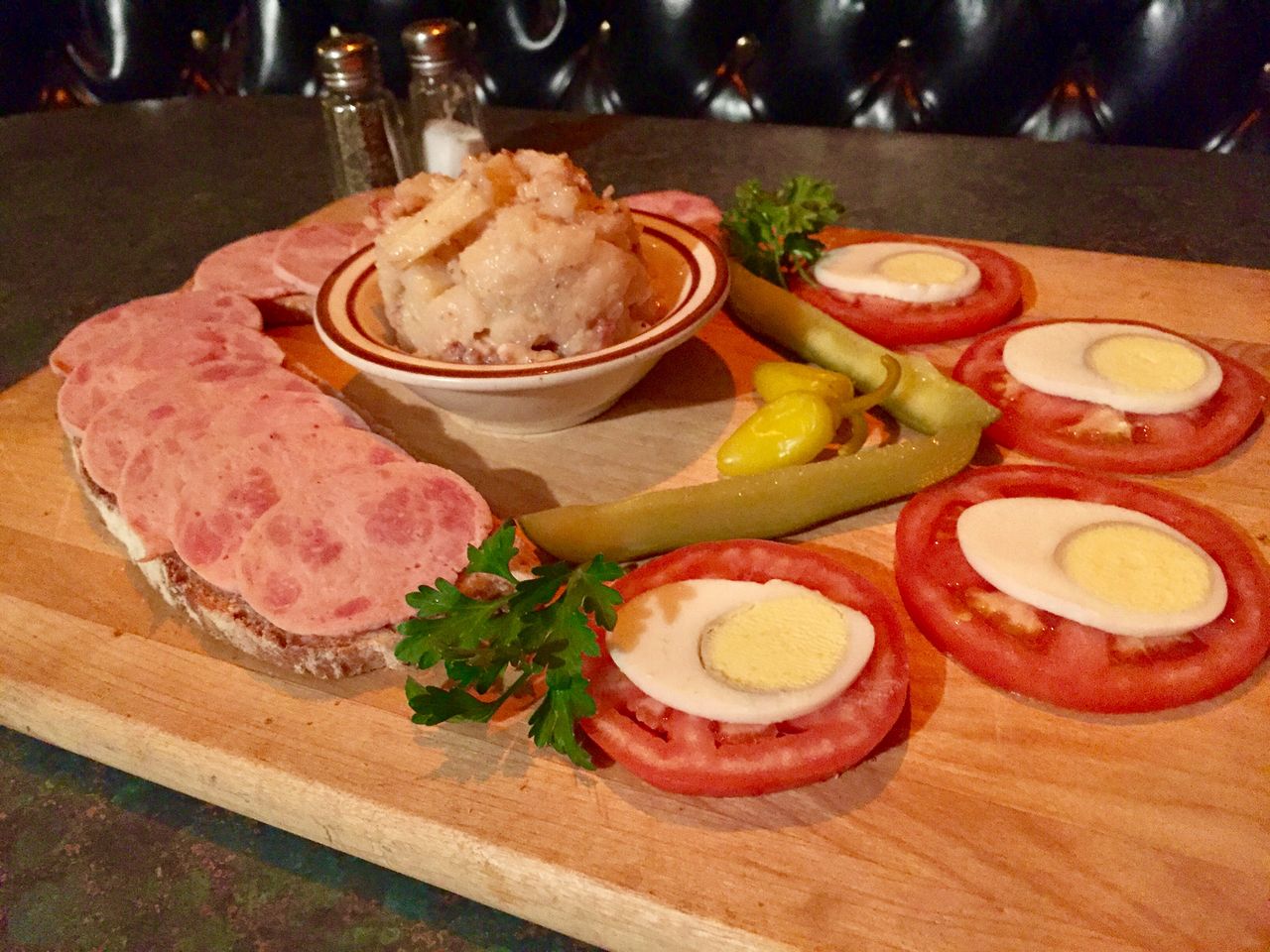 Daily Sandwiches
Atwater Village, $$
P&L: Whether it's a sandwich with marinated beets, goat cheese & herb pesto or one with salami, arugula, chive butter, and Manchego, we are totally hooked on these sandwiches. They vary daily & whatever one you're lucky to snatch up is always incredible and fresh. The bread is so savory with tons of flavor & covered in sea salt that is giving with each bite. Na Young & Mack are wonderful people, and you can just feel the love when you walk in there. 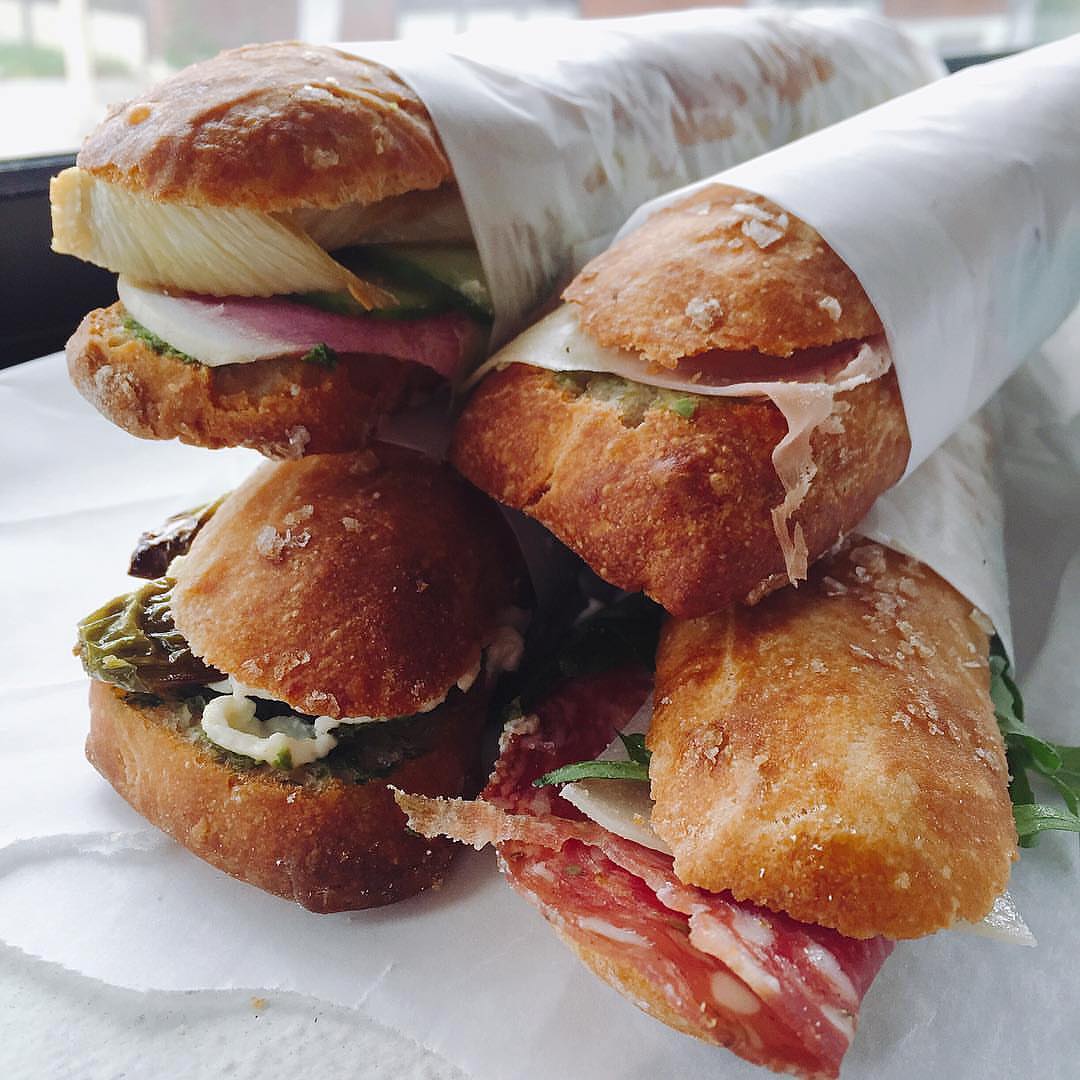 Roast Turkey
Beverly Grove, $$
P&L: These sandwiches are a sort of secret amongst regulars. Lauren used to work the counter here, and every lunch break they fed us for free. I'll never forget that generosity and love for their staff. The roast turkey was always one of my favorites because they roasted a whole turkey, holiday style, and carved it for this sandwich. I used to have it on the Rosemary bread. I would either get it with a side of their daily homemade soup or their amazing curried chicken salad. 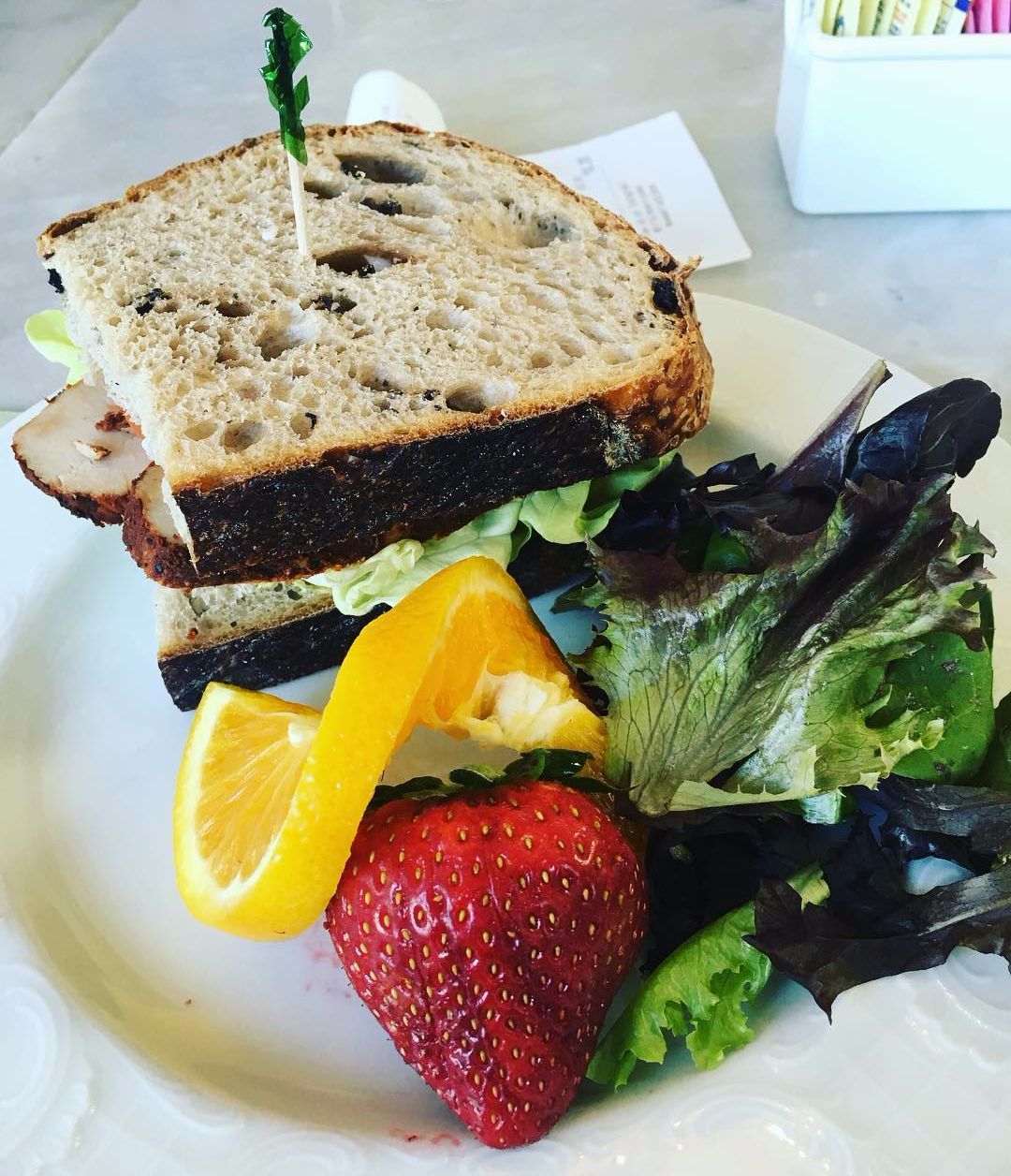 Thịt Nướng (Roast Pork)
Los Feliz, $
P&L: Only available on Fridays. This shop is tiny, honest, no frills, and off the grid. The staff is friendly, menu; small, and it was a huge inspiration to us as far as putting out a quality product in a small space. This sandwich is packed with traditional flavor and is juicy to perfection. The bread is soft and soaks up the juice, making for a savory and satisfying bite. 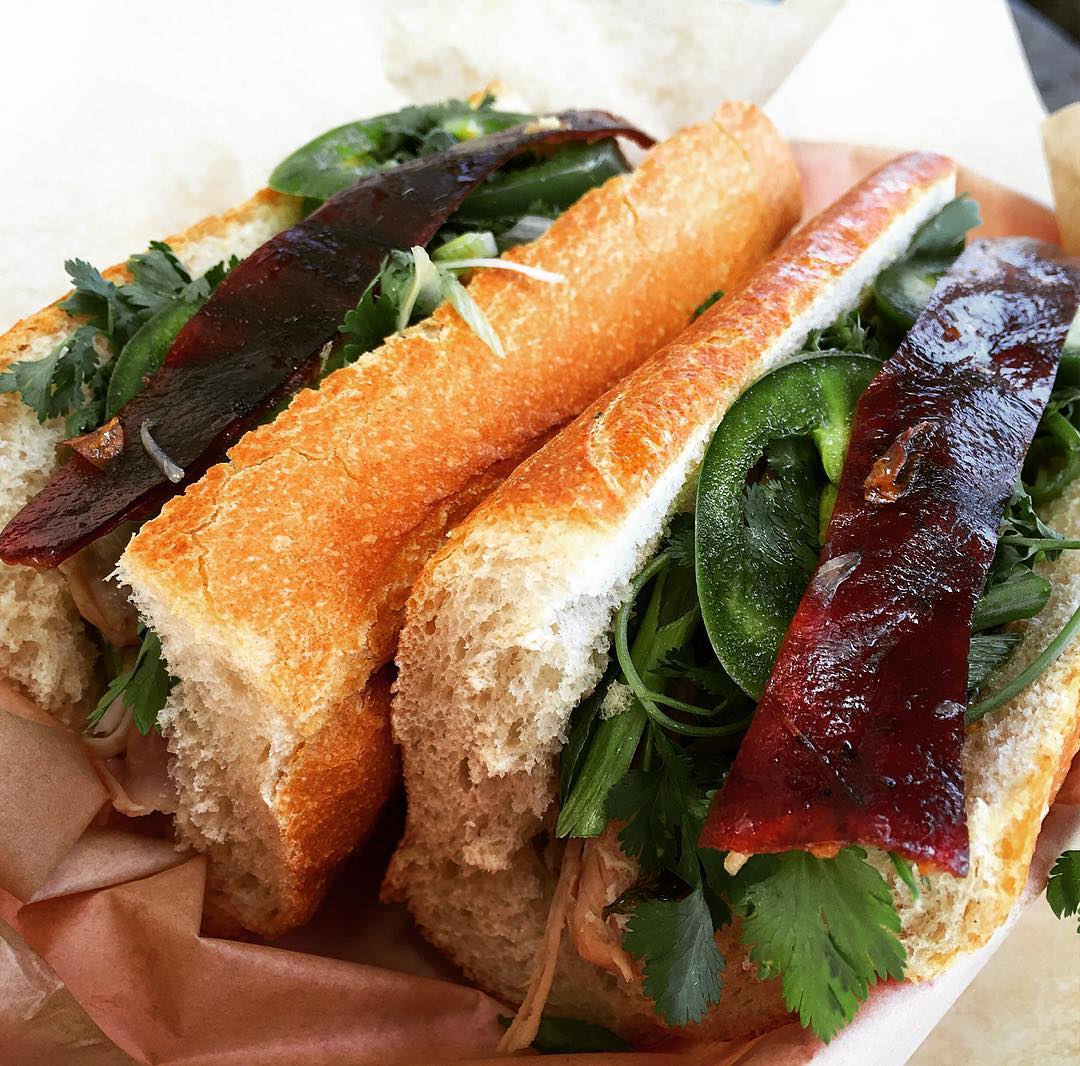 Rick's Drive In & Out

Pastrami
Silver Lake / Alhambra / East LA, $
P&L: The pastrami is thin-sliced, not particularly tender, but pleasantly chewy, topped with yellow mustard & dill pickles served hot on a soft white roll. Peter loves it because it reminds him of the same pastrami sandwich he once got as a kid at the Antelope Valley Fair. Lauren loves Rick’s because the house is run predominantly by strong badass women. 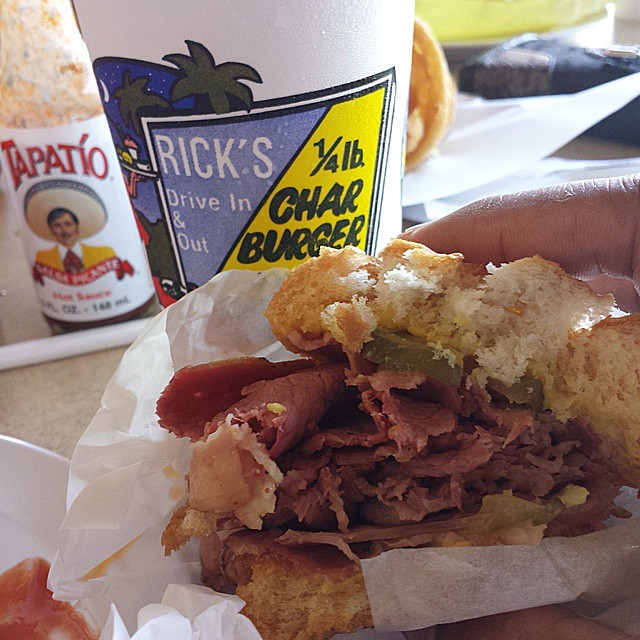 Ding's Crispy Chicken
Santa Monica, $$
P&L: Buttermilk fried chicken, Swiss cheese, and spicy slaw can do no wrong. This sandwich is represented all throughout Hillstone establishments, and they nail it every time. The bread is extra soft, the cheese is barely melted, and it's just the perfect bite. They also cut it in thirds which is perfect because you always want a little more than half of a sandwich! 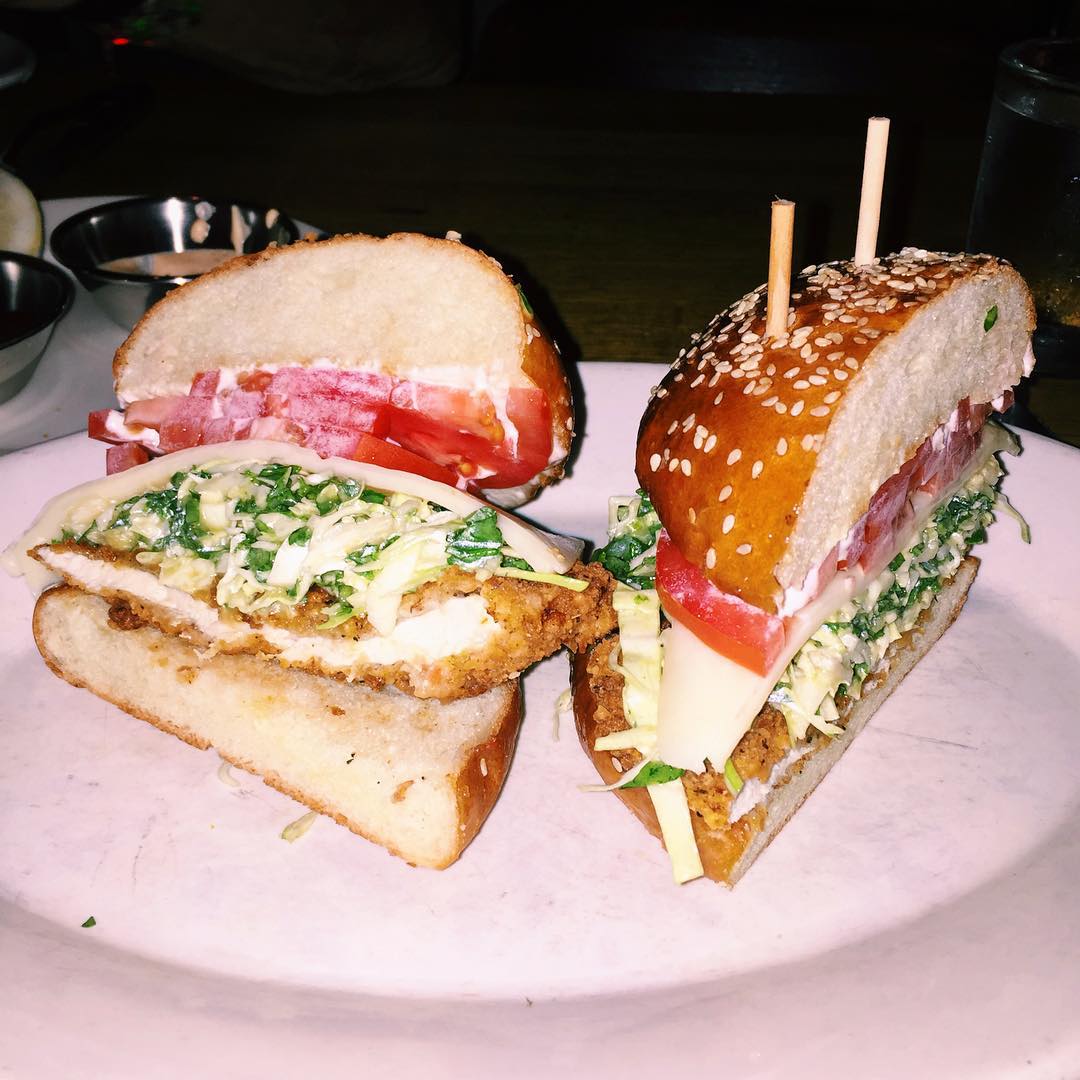 Italian Cold Cuts
Burbank / Atwater Village / Sunland, $$
P&L: As a kid, Peter would get this sandwich when he would visit his Dad on his lunch breaks from Burbank Water & Power. The finely chopped acidic veggies, tossed in a vinaigrette uphold a classic that never grows old for us. 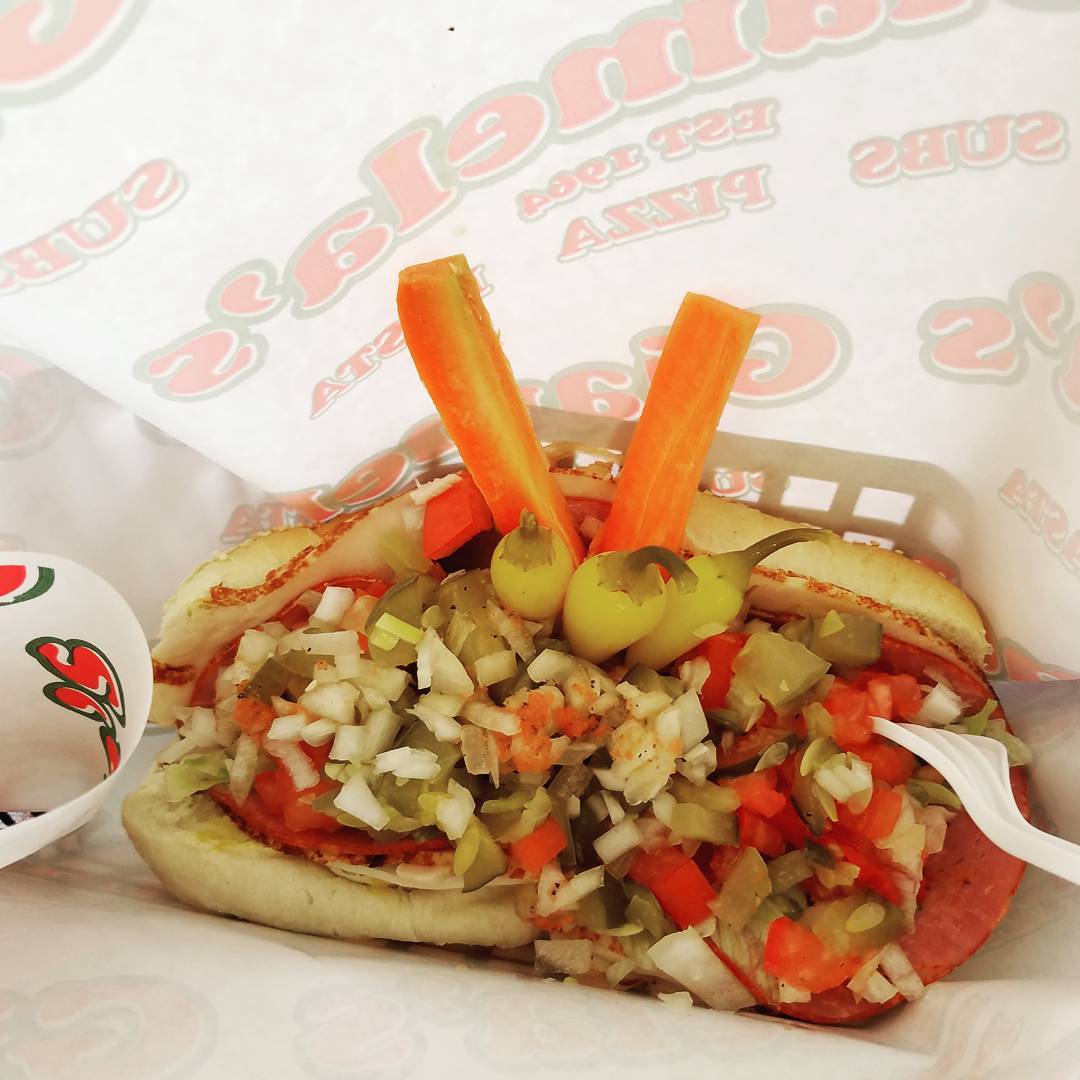 Ham & Butter Cheese
Glendale, $$
P&L: Served on a baguette with Black Forest ham & Butterkase which is a soft, German cheese that's rich in flavor. I always get this with a side of wurst salad & the icing on the cake is the tiny Snickers bar they throw in on the side! Armina and Fadi run the show here and they are wonderful people! 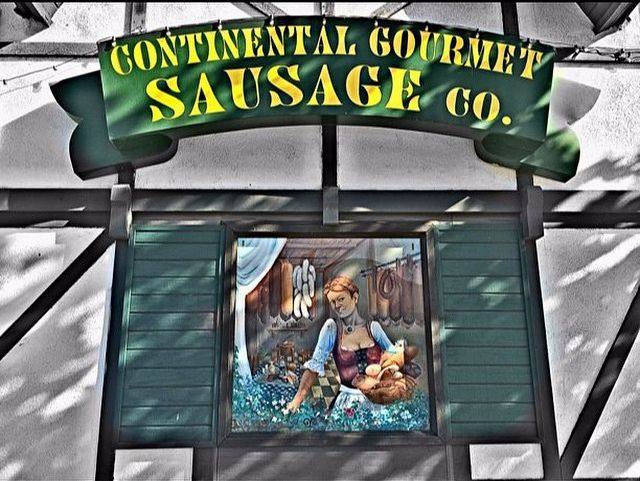