The Lost Art Of Lunch Meat

LA is a city on the move. We're in cars, we're on skateboards, we're definitely not walking. When you have a case of the mid-day meat dreams, and a lunch break that's impossibly short, it's time to turn to the classic option—a sandwich. We're not talking the soggy lunchbox specials you grew up with. We want a sandwich with bread that produces a symphony of crackles as you bite into the crust and that is overflowing with perfectly marinated meat. The rules for this roundup are simple: it's meat between bread, it's a sandwich, you have to be able to get it on your lunch break, and take-out has to be an option. This, for example, rules out Howlin' Ray's with their fried chicken sando that we would do dirty things for because of the perpetual line. However, a burger is fair game. (Fight us on that.) So now, we're ready to reintroduce you to the lost art of the lunch meat.
Get Citizine Updates Here

Santa Monica, $
Jenn Harris; LA Times Food Deputy Editor: I have to. It's on everyone's list of favorite sandwiches in LA, but it's because it's so good. The Godmother [sandwich] is the epitome of the great Italian hero. Their bread is phenomenal. It's crowded, you take a number, you scream your order across the counter—you get the deli experience. And you're in Santa Monica, so you eat out there at the patio, on a table, maybe go to the beach after. It's a good place to take people.
For more of Jenn's LA picks check out The LA Visitors Dining Guide With Jenn Haris

Nicole Dayani; Chef at Nicole's Kitchen: It's a sandwich and soup place in Westwood. The owner is like a grandmother. She makes a large pot of soup every day and if they run out, they run out. They have these delicious baguette sandwiches with traditional Persian stuffings. They have an herb frittata, Persian chicken salad. Persians love hot dogs, so they have this sandwich—which is my favorite—called Sosis Bandari. Sosi means 'hotdogs' and, basically, it's a fried hotdog with caramelized onions, spicy potatoes, peppers, Persian pickles, mayonnaise, dijon mustard and it's great for lunch. They also have a cow tongue sandwich, which is delicious. On Friday's they have a special, which I love! It's called Agoosht. Agoosht means 'beef juice', so it's basically a soup that has beans, potatoes, and beef. You get this with a side of homemade bread and pickles, and you kind of eat with your hands.
For more of Nicole's Persian picks, check out LA Persian Food Picks With Nicole Dayani

Chinatown
Ray Garcia; Broken Spanish + B.S. Taqueria: My father used to take me here growing up, so it is a longtime favorite. No frills just a good sandwich. Hot Pastrami and Roast Beef (#7) with hot peppers is how I roll.
For more of Ray's favorite LA restaurants, check out Eating Across LA With Chef Ray Garcia

Westminster
Shawn Pham; Simbal: Lynda uses a signature garlic mayo that sets their sandwiches apart from others. People come from far and wide to pick up sandwiches at this shop—apparently, the garlic mayo is enough of a distinction to draw people from as far as an hour away. The shop is comfortable and welcoming. Feel free to grab a table or couch and enjoy your banh mi and watch the scene.
For more of Shawn's favorite banh mis, check out Banh Mi Sandwich Guide from LA to the OC

Van Nuys
Aaron Robbins; Boneyard Bistro + SOCA: Dru has had that sandwich shop for as far back as I can remember, at least 40 years. She has some of the best subs in Los Angeles, with diced pickles, tomatoes, and onions that offer a unique and different take on the classic sub.
For more of Aaron's favorite spots to eat in the Valley, check out Eat Your Way Through The Valley With Aaron Robbins

Atwater Village
Peter and Lauren Lemos; Wax Paper: Whether it's a sandwich with marinated beets, goat cheese and herb pesto or one with salami, arugula, chive butter, and Manchego, we are totally hooked on these sandwiches. They vary daily and whatever one you're lucky to snatch up is always incredible and fresh. The bread is so savory with tons of flavor & covered in sea salt that is giving with each bite. Na Young & Mack are wonderful people, and you can just feel the love when you walk in there.
For more of their favorite sandwiches, check out Lovable Sandwiches In Los Angeles with Peter & Lauren Lemos

Multiple Locations
Gennefer Gross; TV Writer: It should come as no surprise that the man behind THE BEST breakfast sandwiches in LA, Alvin Cailan, also prevails as a burger overlord with his Angus Beef Cheeseburger (he's also the host of his very own burger show that just premiered on February 5th on First We Feast, where I'm totally lobbying to be a guest next season). A thick-cut ground beef patty soaks its weight in flavors as succulent caramelized onions mingle with the semi-sweet zip of bread and butter pickles, creating the perfect platform for the robust, aged cheddar draped across it (to Chef Alvin's credit, this is the one and ONLY burger where I'll accept cheddar). A hearty dollop of Dijonnaise dips into the nooks and crannies of the meat, adding a savory kick that cuts right through to the runny, over easy egg perched atop it. It’s all about that yolk, though, as bright yellow silk drips lushly down a warm brioche bun, clinging oh-so-delicately to the burger like paint on a canvas. (I like to refer to it as a ‘bread hug.’) This slutty blend of meat, cheese and egg, will keep you coming back for more (and more and PLEEEEASE GOD MORE), but it won’t ever taste like sloppy seconds.
For more of Gennefer's favorite LA burgers, check out The Sexiest Burgers in LA with Gennefer Gross 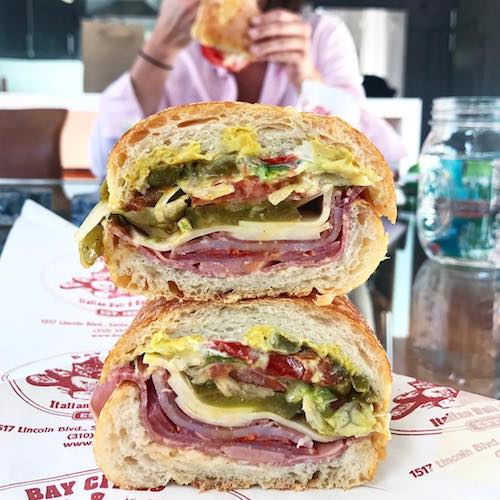 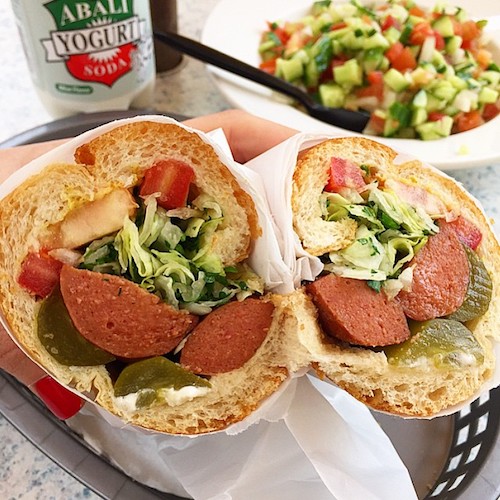 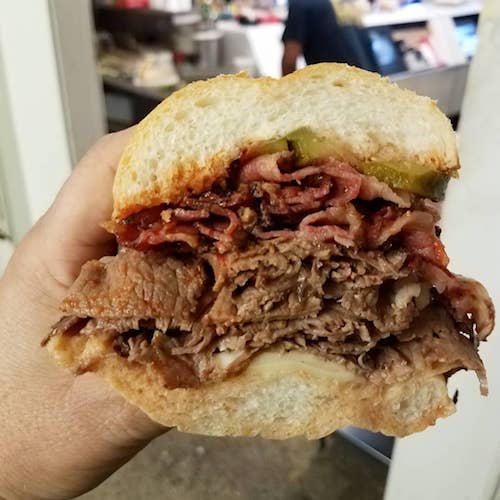 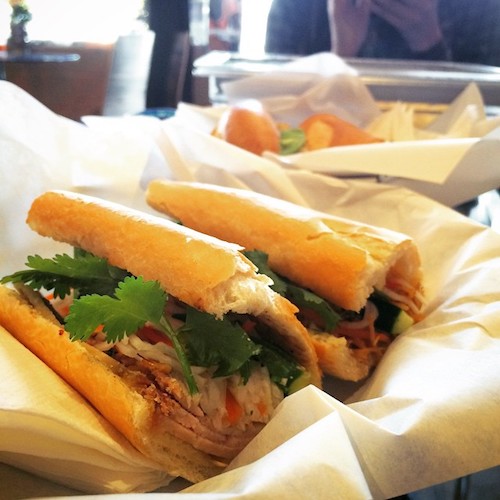 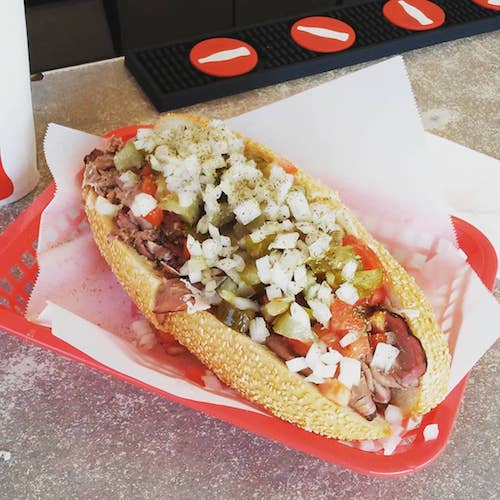 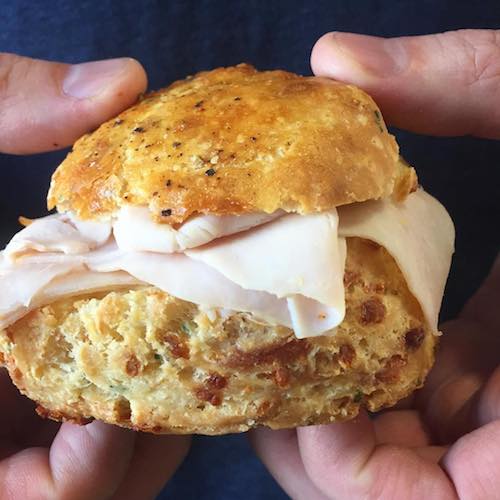 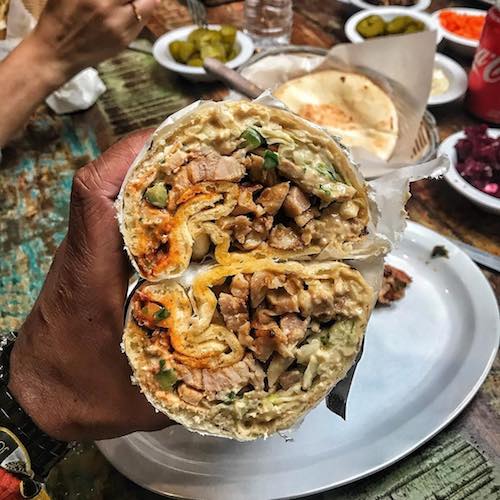 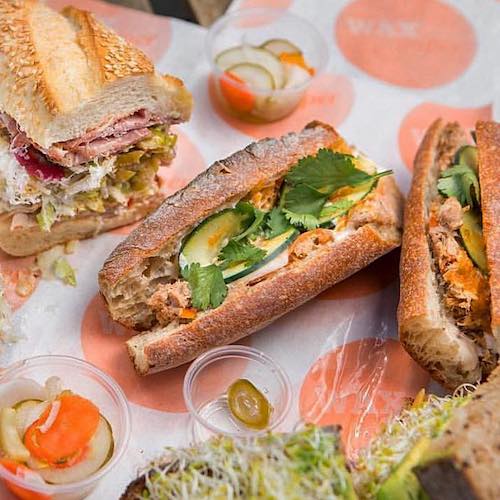 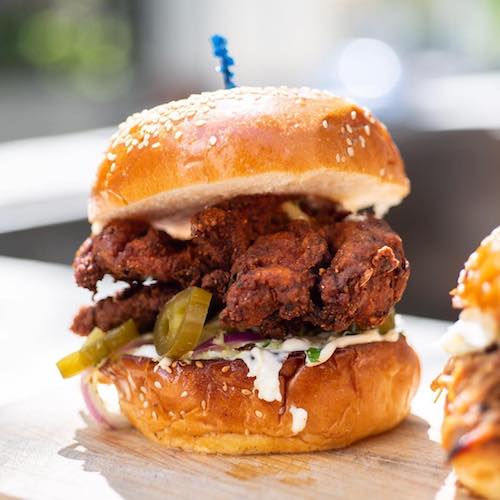 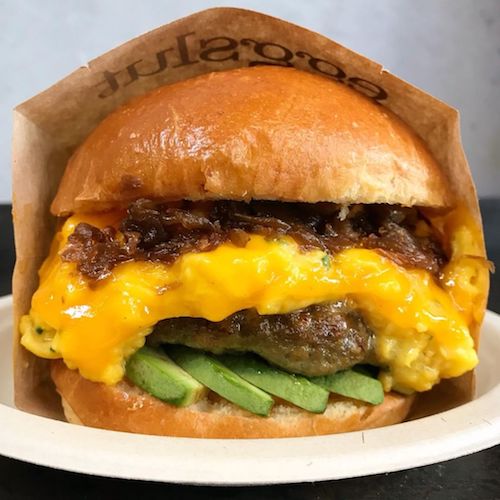