Ode To The Valley

You might think you know the Valley, but there's always something new to discover.

You probably have some opinion of it. Maybe you think it’s a suburban wasteland full of chain restaurants and seedy motels. Maybe you think it’s the most up-and-coming area of LA, packed to the gills with craft food and drink and (relatively) cheap rents. Maybe this whole time you’ve been thinking of “the Valley” as the San Gabriel Valley.

The truth is, it’s a little bit of all of those things (except the San Gabriel part, because we’re talking San Fernando, friend). The Valley is a place where legendary food shacks live just down the street from buzzy gastropubs and high-end cocktail bars. Where ethnic enclaves coexist beside artist communities. Ultimately, the Valley is like a microcosm of LA itself: a place rich with diversity that combine to create a larger community full of wonder.

You may look at a place like Van Nuys and see row after row of strip malls and bland buildings, but look closer and you’ll find generations old family-owned restaurants (like El Criollo), or even a legendary dive bar (we see you, Chimney Sweep). Look at the booming stretch of Ventura Boulevard in Studio City, or the bustling life of the NoHo Arts District, to find some of the city’s most exciting spots buzzing with energy, drawing people from all over the city.

Whatever you know about the Valley is likely just the tip of the iceberg. And while the region is so vast and complex that it is nearly impossible to capture in any one guide, we suggest you start your journey towards San Fernando enlightenment with these spots to eat, drink play and stay.

Valley Glen, $
To understand Mom’s BBQ, a soul food haven tucked into the corner of an unassuming strip mall, is to understand the heart and soul of The Valley. Genevia Fontenette and her family have been running Mom’s for 25 years, and she’s been pouring her Louisiana roots into everything she cooks the entire time. It’s easy to see why regulars have been eating here for years: the food is nuts. While everything Fontenette makes is a knockout (the catfish is extremely prayer-hands-emoji), you’ll want to give her fried chicken a look… it easily gives that Howlin’ Ray fellow a run for his money. 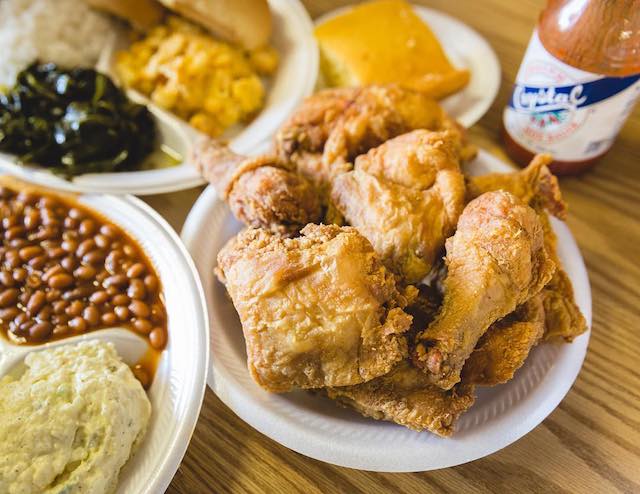 Studio City, $
Does anything define Valley-ites better than the day they rallied to save Henry’s Tacos? You may remember seeing this on the news; when Henry’s was in danger of losing its lease, Aaron Paul, Elijah Wood and George Lopez organized a rally that united hundreds. While Henry’s eventually did have to move, it is still serving ground beef goodness just half a block down the street. Find it in your heart to love the hard-shell taco—specifically one that predates even the first Taco Bell. 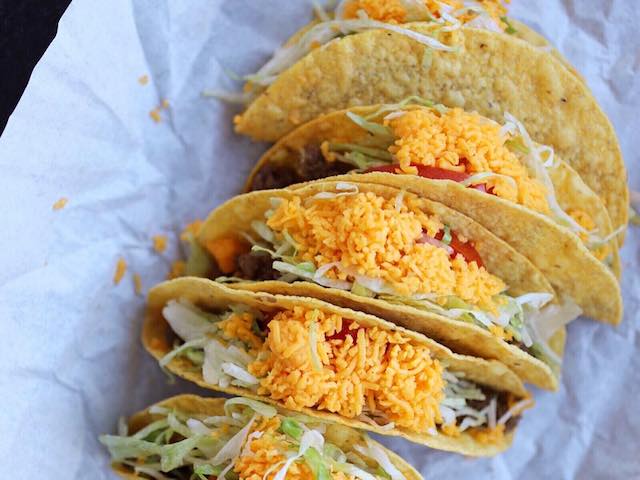 Van Nuys, $
You’ve probably heard that Bill’s makes one of the best burgers in the world. And you’ve probably wondered, “How’s that possible?” To be honest, we don’t really know either, but we know that it’s true. Every burger Bill serves (he’s been doing it for 50 years) is absolute melt-in-your-mouth perfection. Just don’t ask for substitutions and you’ll be fine. 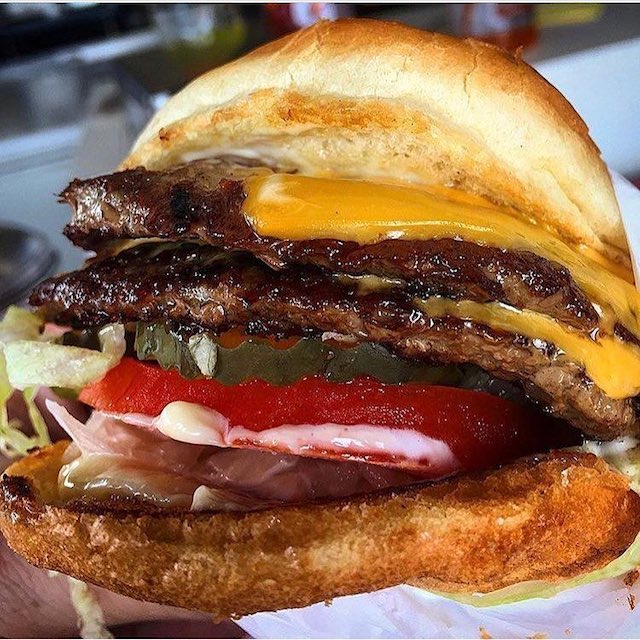 Lake Balboa/North Hollywood, $$
Why isn’t this place a hundred times more famous? Why hasn’t it been featured on every single food show on television? How do you not immediately book a trip to Jerez, Mexico after you finish your meal? How do you stop thinking about that bean dip? What do you do when you’ve finished your shrimp molcajete but you still want more? Why aren’t you eating at Salsa & Beer right now? 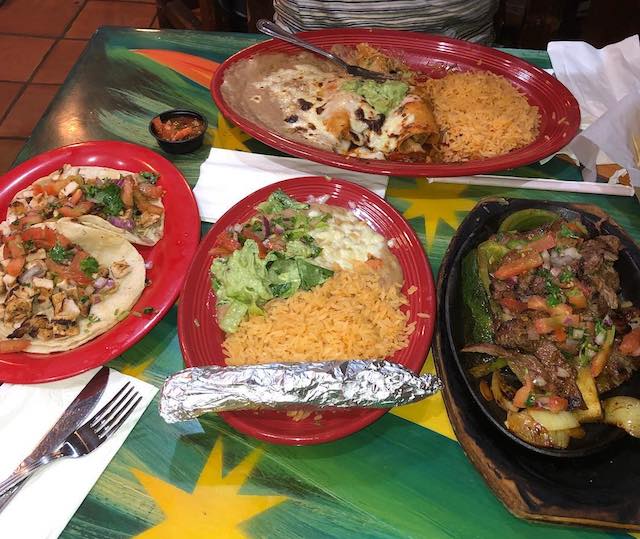 Northridge, $$
Mandarin Deli is a mystery. For starters, it’s not a deli. It’s a weird coffeeshop-looking place in an unceremonious strip mall. The food, though, is absolutely unbelievable (hear that, San Gabriel Valley). Go for the handmade beef noodle soup, or the garlic cucumbers, or the scallion pancakes, or… ya know what, just bring a big group and get everything. You’ll be glad you did. 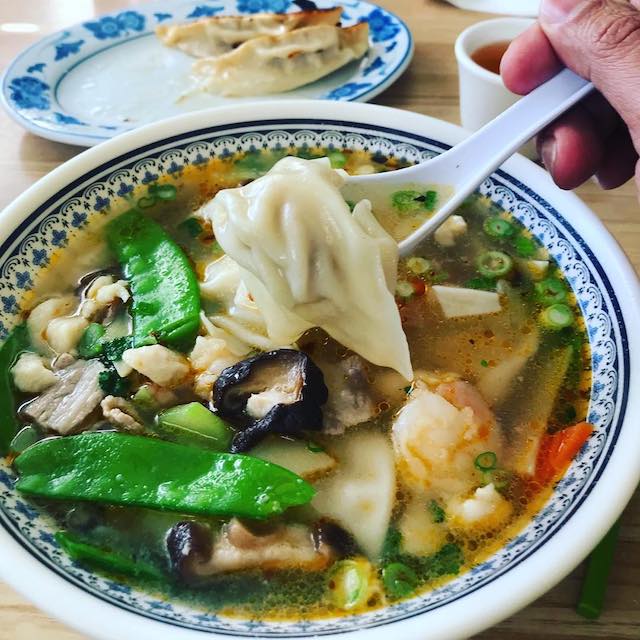 Sherman Oaks, $$$
Aaron Robbins can’t be stopped. He made his name in Sherman Oaks with Boneyard Bistro, an upscale BBQ restaurant and craft beer mecca that has continued to reign with slow-cooked meats, fried mac and cheese, heaping slabs of “bacon” and a whole lot more. So what do you do if you’re cooking some of the best BBQ in the Valley? If you’re Aaron Robbins, you move up the street and open SOCA, an absolute stunner of a steak-and-seafood restaurant. You’ll spend a lotta coin here, but you won’t regret it for a second (particularly after you taste the steak frites) 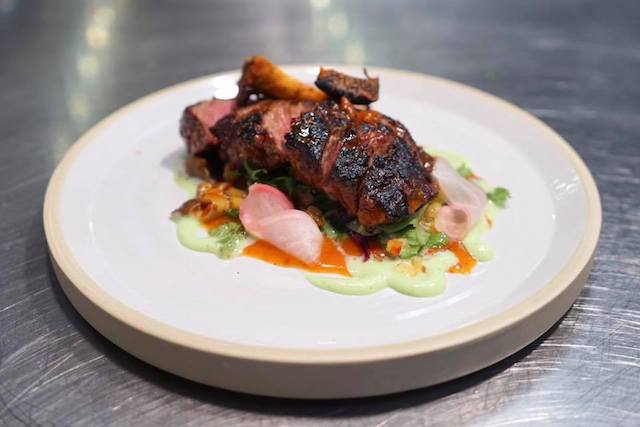 Encino, $$$$
Take a look behind the cocktail bar of Woodley Proper and you'll find a hidden gem: the life-changing, white boy omakase of Sushi|Bar. Phillip Frankland Lee (the guy behind Woodley Proper and Scratch Bar & Kitchen) is truly dominating the Valley’s food scene right now, and Sushi|Bar is part of that dominance. His 17-course tasting menu will blow you (and your wallet) away, especially when you get to dishes like the bone marrow and Santa Barbara uni. 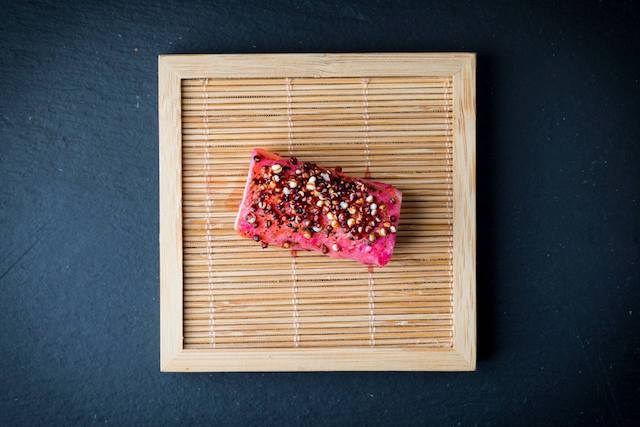 Studio City, $$
If you’re looking for the point in time which the Valley suddenly became cool, there’s no question it was around when Black Market opened. Helmed by Top Chef’s Antonia Lofaso, it’s the type of place that might actually make you feel like you’re in a Spanish tapas joint. Sure, you can be selfish and order yourself an entrée, but I think we all know it’s more fun to split a ton of small bites, right? Right. 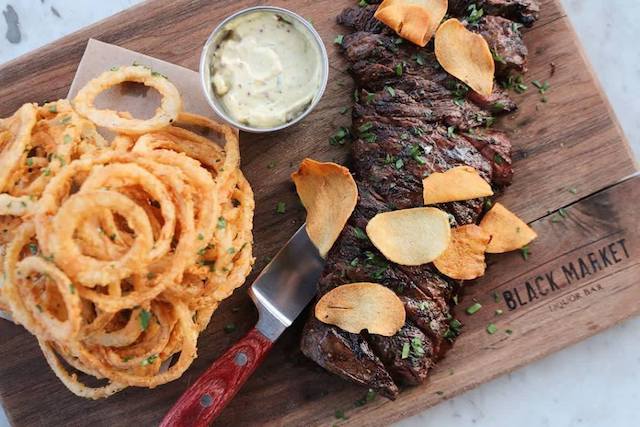 Sherman Oaks, $$$
Somewhere between a fine-dining spot and a local hang, The Bellwether is the Valley’s reigning neighborhood go-to. The food is eclectic (think Nashville hot chicken, charred octopus with tabbouleh, a patty melt for the ages), and the beverage program is strong. The place has been a consistent Jonathan Gold 101er since it opened, which is to say we don’t need to convince you too hard. 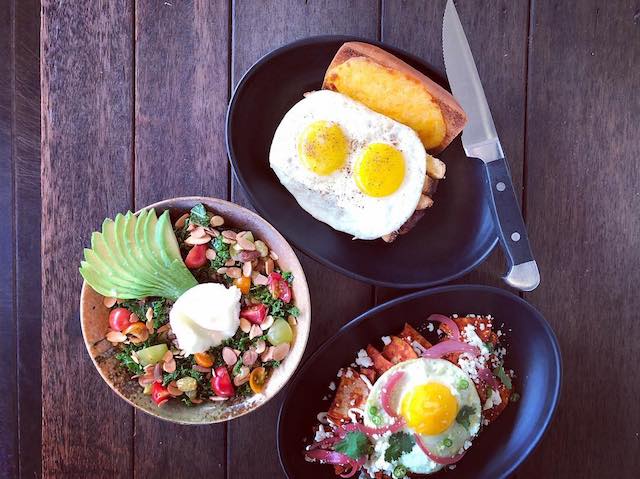 The Bellwether courtesy of @thebellwether_la

Sherman Oaks, $
Admittedly, if you didn’t grow up going to Castle Park then you might not see its appeal. But let us be the first to tell you: this place is an all-in-one wonderland; mini golf, batting cages, a gigantic arcade, and it’s actually owned by the city (we love you LA). Castle Park a cornerstone of being a kid in the Valley, and after all these years, it’s still crushing it. 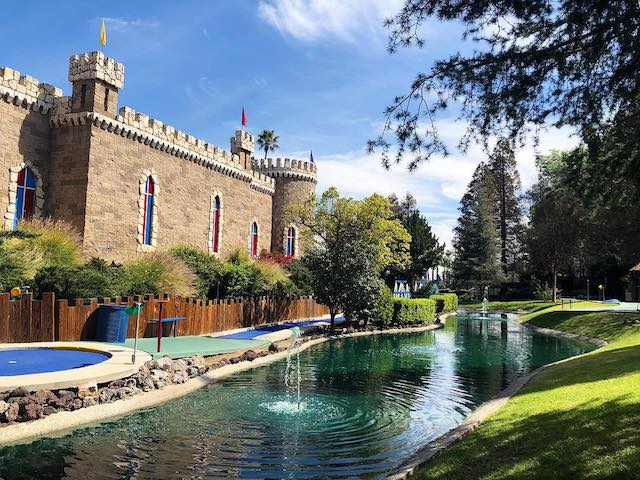 Sherman Oaks, $
Don’t pretend like you don’t enjoy laser tag. Just don’t. Ultrazone brings me — and I’m sure many others who grew up in the Valley — back to that elementary school birthday party era. A time when we ate Pizza Hut without worrying about our metabolism or being judged. A time when you could scream obscenities at your friends and shoot them with lasers while still keeping your friendship intact. Truly, a beautiful time 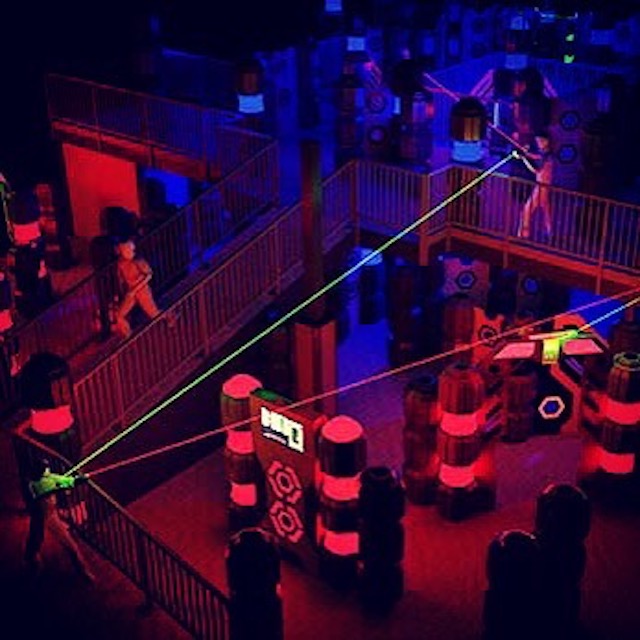 Sylmar, $$
Have you done an escape room yet? If you haven’t, you probably have a friend who is totally hooked. They’re pretty huge in LA, and it’s safe to say it’s all because of this establishment right here. The Basement is an OG -- one of the longest-running LA escape rooms, and still one of the best-reviewed. Throw yourself into a world of puzzles, keys, and clues, and soon enough your friend won’t be the only one that’s hooked. 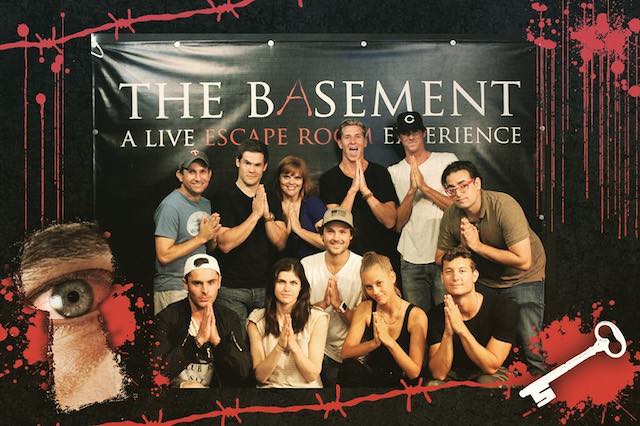 Universal City, $$$
For a long time, Universal Studios was a joke of the amusement park world. But then, something changed. Universal embraced drinking culture (the fact that you can walk everywhere in the park with booze in your hand is a game-changer from the days when the Back To The Future ride was still around). The price of an annual pass was changed to only a tiny bit more expensive than a one-time pass, thus fostering return visits. Chefs like Ludo Lefebvre set up shop at Universal’s City Walk. Harry Potter has landed (with Nintendo on the way). And with D-Land prices climbing every day, it’s clear that Universal is destined for greatness. 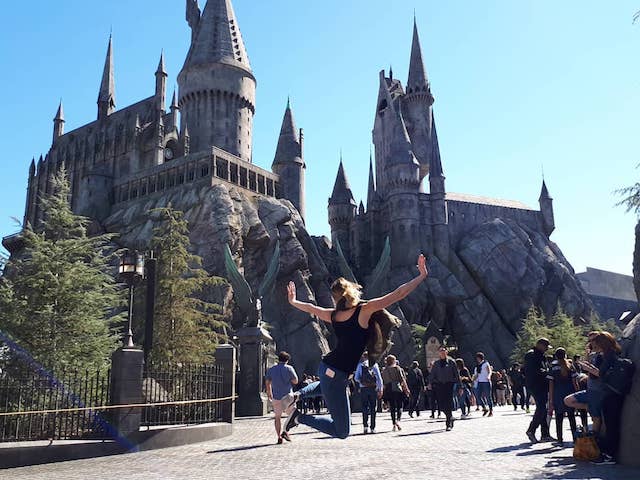 Valley Glen, $$
Simply put, the Tonga Hut is what tiki dreams are made of. Tiki-heads from all over the country hit up the Hut, usually to take a crack at the legendary Grog Log. If you can drink all 70+ of their grogs in a year, you’ll get your name up on the wall and join the Loyal Order of the Drooling Bastard. Look us in the eyes and tell us you’re not gonna try that. 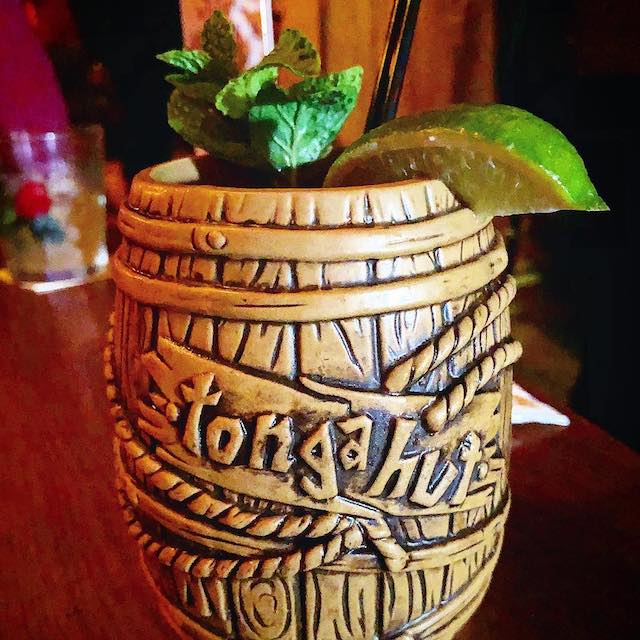 Van Nuys, $
English beers might have a reputation of being bland, uncreative, and worst of all, warm. While this might be the case at some old pubs in the motherland, it’s most certainly not the case at MacLeod, a Valley brewery pouring some of LA’s best beers. And though a Van Nuys warehouse might not seem like a consistently poppin’ kind of place, MacLeod most certainly is. It’s homey and friendly, and while the beer is delicious, there doesn’t seem to be a single beer snob in sight. Grab a pint, some free peanuts, and toast to the queen. 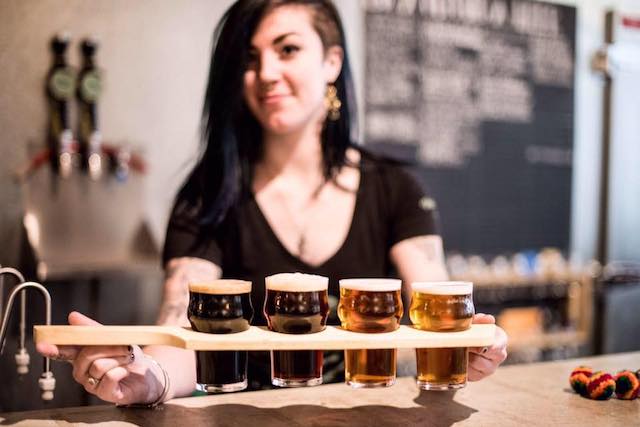 Studio City, $$
You may have originally written The Garland off as little more than a Valley hotel in an odd location. But that was then, and this is now. A multi-million-dollar renovation has debuted rooms that are swanky and fun, and a dining scene that has been kicked way up thanks to The Front Yard (try the fillet with chimichurri—it’s nuts). The Garland has become a hotbed for celebrities too, as most people that are flown in to shoot on the Universal lot are put up there. If even one of these things is something you’re into, the place is worth a look. 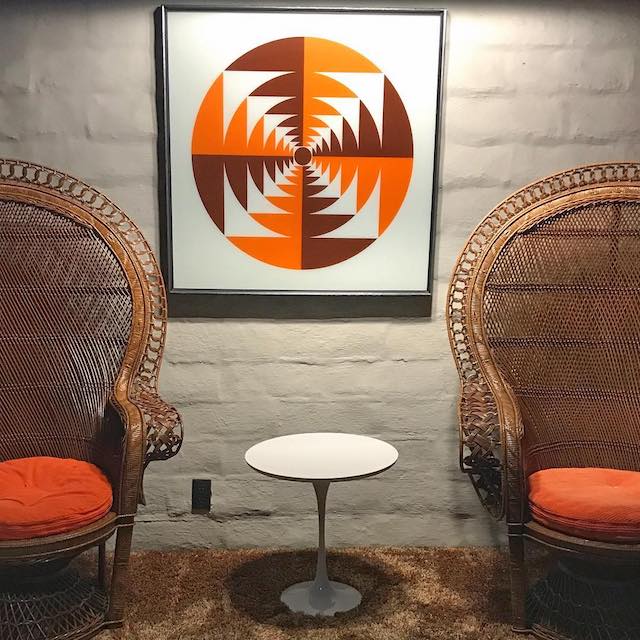 The Garland  courtesy of @iamsincerelytam

Burbank, $$
Just down the road from Warner Bros. you’ll find The Tangerine, a spot bursting at the seams with everything you want from a boutique hotel, including a lot of very orange paint. If you’re in LA for studio tours, the proximity to Warner Bros., Universal, and Disney is unbeatable. Being walking distance from places like JINYA, Dog Haus and Lemonade doesn’t hurt too much, either. Nor does the very orange paint. 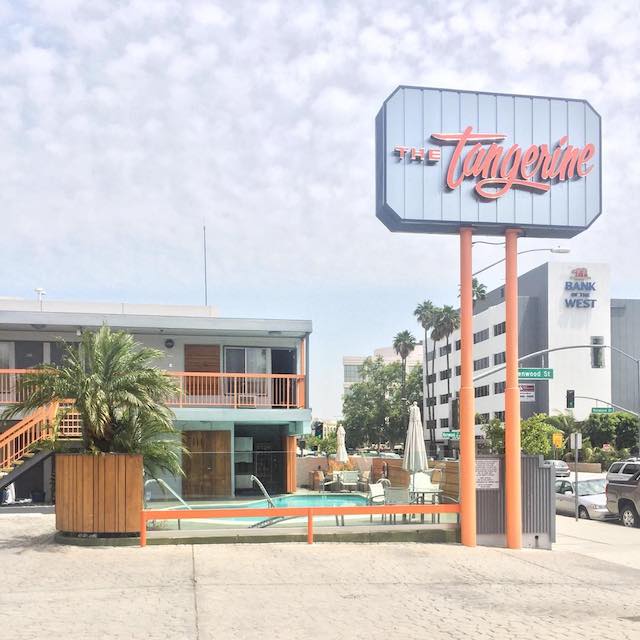 The Tangerine courtesy of @rebeccabentolila

Wilder Shaw is a regular Citizine contributor who arrived at the Henry’s Tacos rally at 7 a.m.that day. Check in on his Valley adventures on Twitter and Instagram.