Alexandra Grant’s art is fueled by questions around language, how it works in the visual field, and how the mind perceived it as an image. “So when we see words or texts in a painting or drawing, do we read them or do we just see them as symbols?” she inquires. “Think about all the information present in graffiti that isn’t about reading the letters, or recognizing a sign for ‘bathroom’ in a language you don’t speak. Context is everything! Language is our way of bridging the differences between us.” She spends her energy thinking about connection and asking herself, “how do we responsibly love ourselves and those who are different than us?”. 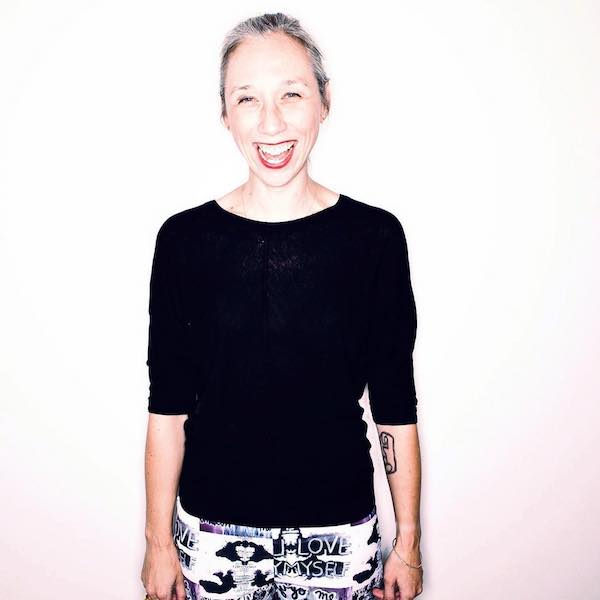 Grant's work is constantly evolving across disciplines like painting, drawing, sculpture, and writing. “I’m inspired by taking a seed idea and pushing it as far as it will go,” she noted. “I tend to work in series over 4 to 7 years, based on a central theme that is literary.”

Get Citizine Updates Here
Her current project is centered around the Greek myth of Antigone and the phrase in the Sophocles version of the play, “I was born to love not to hate.” Alexandra also recently published her first book as a writer, “The Artists’ Prison,” with drawings by Eve Wood. “It’s a Kafka-esque world where the art world is based in a prison where both artists have been sentenced or criminals have been sentenced to art,” she added. 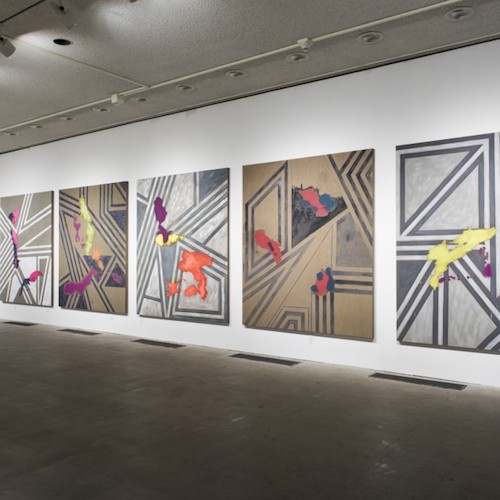 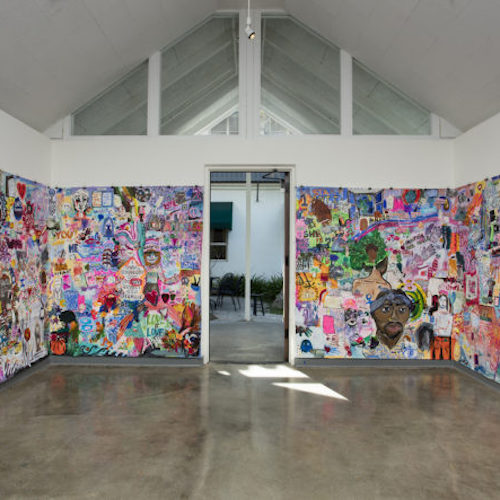 "Antigone is you is me" courtesy of Alexandra Grant

Grant’s art is ignited by her surroundings, including Los Angeles itself. “I find LA stimulating in part because of the creativity of the industries here, and in part because we’re surrounded by nature, from the ocean to the mountains,” she said. “I love LA for its diversity and rich histories of immigration, which bring so many people, languages, and traditions together.”

Grant moved to LA a week after graduating college in 1995, and worked on a TV show called “Ned and Stacey” while applying to art school. In 2001, after completing an MFA in Painting and Drawing at the California College of the Arts in San Francisco, she moved back south. “What is most appealing to me about [Los Angeles], having grown up in part in Mexico City, is that I feel at home here—from speaking Spanish, to the jacaranda trees, to the availability of every international cuisine,” Grant said. “Add to that personal sense of comfort a professional context rich in intellectual and language-based art practices—from John Baldessari and Ed Ruscha, to Barbara Kruger—and I’ve always sensed that I can thrive here as an artist.” 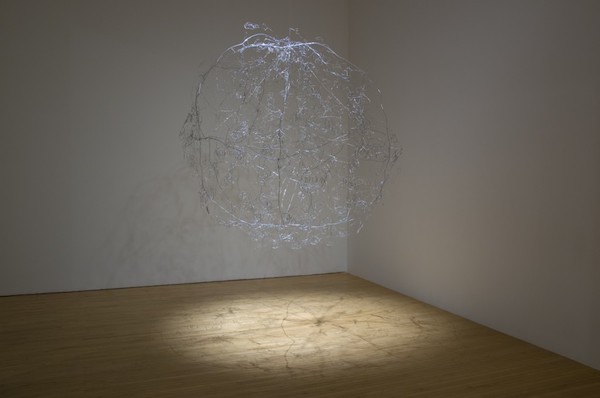 Part of her work to create that more inclusive space has been the grantLove project, which she began 10 years ago as a way to establish new means to fund art projects and non-profits. “Our first project was the Love House, which we are just completing this year,” Grant told Citizine. “Through the sale of jewelry, prints, neons, and other artworks based on my trademarked LOVE symbol, I’ve been able to fund multiple creative projects and donate to many organizations that support the arts. It’s really thrilling to collaborate with artists and fabricators to benefit and give back to different communities in need.”
She’s also discovered The Underground Museum, a space that strives for the same inclusivity that she does. “Since Noah Davis founded The Underground Museum in 2012, it has become a place for both deep and playful inquiry into how we encounter art and experience our senses all through the lens of social justice,” Grant said. “The philosophy of the space is built on a deep sense of hospitality, where people from all walks of life are welcome—whatever background, race, class, and gender. It’s a radically inclusive space.”
A community of local gems has also sprung up around The Underground Museum on Washington Boulevard. Here are Grant’s favorite spots:

Alexandra Grant: Whether you are visiting their current exhibition “Water’ in collaboration with MOCA or shopping for organic vegetables at a farmers’ market pop-up or attending a movie-screening in the UM’s beautiful garden, this is a welcoming space for contemplation and contemporary cultural engagement.

AG: Founded by Pauli Ochi, the gallery shows and supports the work of emerging artists. Pauli has a great eye for emerging artists who take a playful approach to contemporary art.

AG: Founded by Alia Raza and Ezra Woods in 2014, Regimes de Fleurs has just opened up a new location for their delicate, beautiful fragrances and candles. They are also using the space as a gallery for artworks inspired by flowers.

AG: Amanda Katz runs this very special art and book project which invites artists to come and collaborate with her by reading and discussing the books in her collection. The public presentations at Bookshelves reveal their collaborative research.

AG: Elefant blends their own teas and I can honestly say their chai latte is one of the best I’ve ever had!

AG: Founded in 1884, the Rosedale cemetery gives you a sense of the diverse history of Los Angeles because it was founded to be open to people of all religions and races. There are several former mayors and a governor buried there—all in a large, park-like landscape. 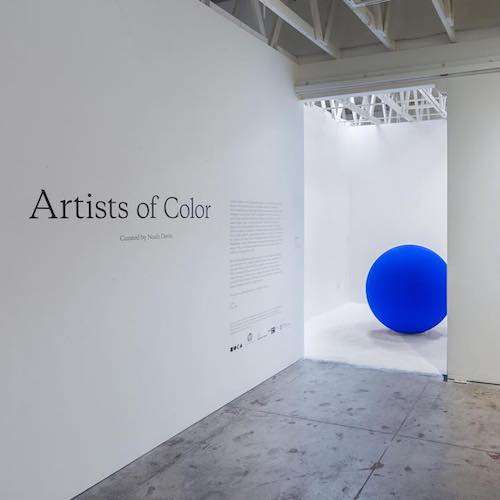 The Underground Museum courtesy of @theundergroundmuseum 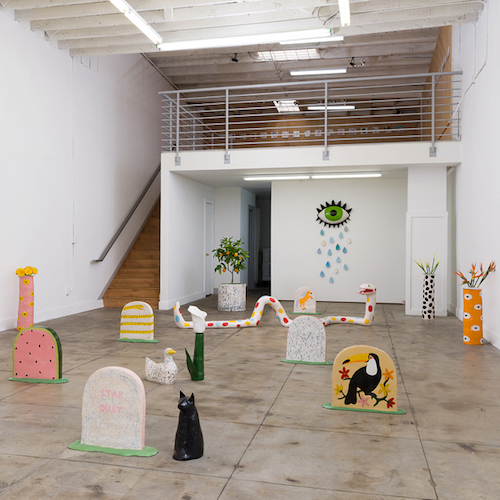 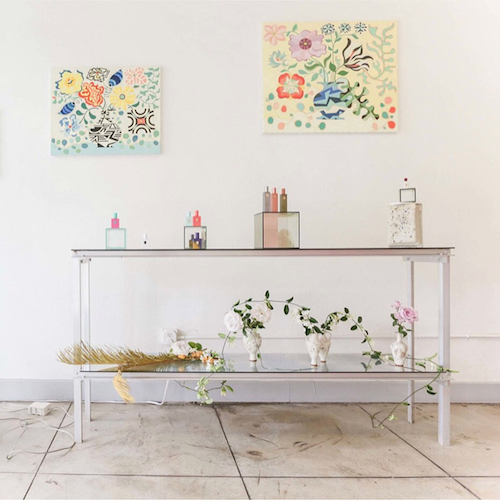 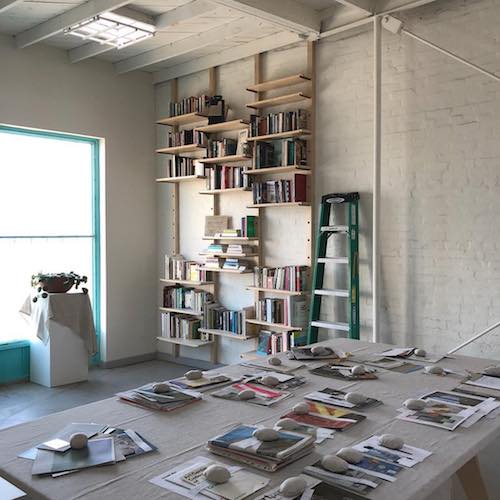 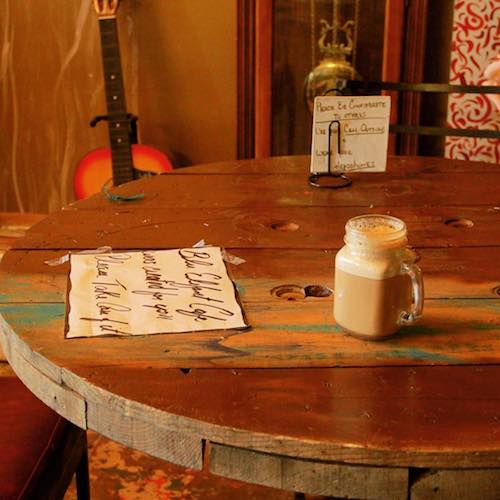 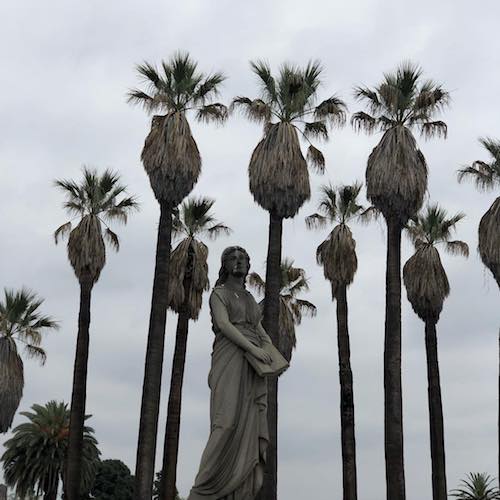