How to Have a Classy Weekend in Las Vegas

A scenic helicopter ride, foot massages, bottle service and foie gras cotton candy are all on the agenda

We’ll be the first to admit ‘classy’ may not be the first word that comes to mind when you think of Las Vegas, but it very well can be. Behind all of the bachelorette sashes, tacky tiaras and phallic straws, Las Vegas is replete with luxurious hotel suites, ohm-inspiring spas, and foodie-favored restaurants … at prices far more reasonable than those of say, New York. If you ignore the strip clubs and don’t get sucked into the lechery of the Las Vegas Strip, the desert city is surprisingly the perfect place for a refined getaway.

With so many grandiose hotels, restaurants, live shows and spa packages, differentiating the sleaze from the swank can be overwhelming to say the least. You just have to know where to go, and to help you, here are 10 chic spots to brunch, dine, stay, spa, party and more. Oh, and we (mostly) excluded the numerous designer shops and high-end department stores, because that’s a no-brainer, right?
Get Citizine Updates Here

This indoor-outdoor restaurant (with additional locations in Santa Monica and San Diego) offers a three-course bachelorette brunch package at $55 per person. Indulge in perennial favorites like the Bacon & Egg Ravioli and the Crab Cake Benny. Then, wash it down with a complimentary bottle of Whispering Angel Rosé, because what else do you drink over brunch? Also, on the pre-fixe menu is Herringbone Chef Geno Bernardo's favorite dish, the Tuna Poke with shoyu, Maui onions, toasted macadamia nuts, and green onion pancakes. “Every time I make and eat it, it brings a smile to my face,” says the chef of the dish that reminds him of when he was a child. 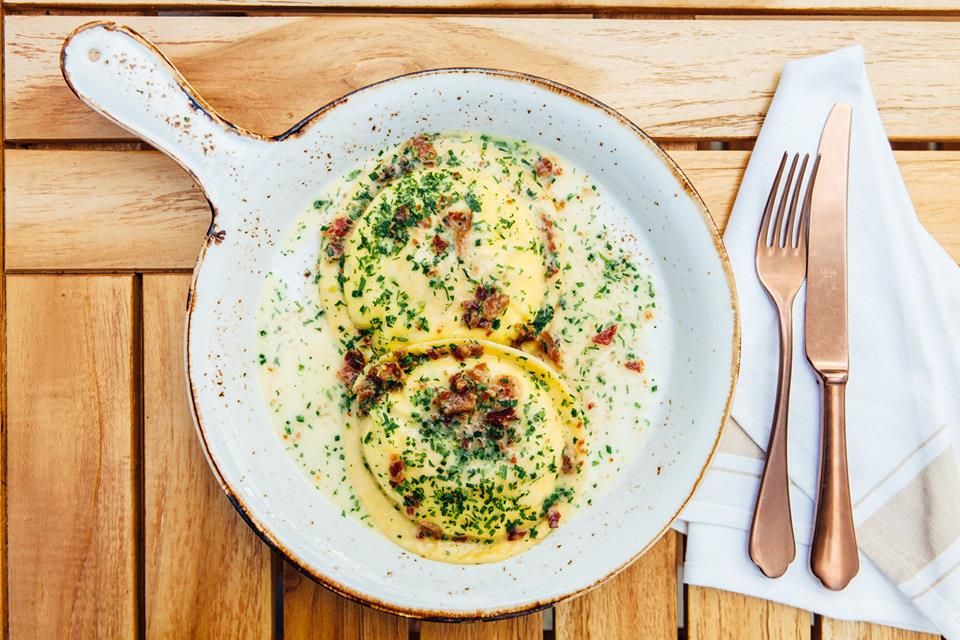 Skip the pool parties, (which are surely less sanitary than your standard kiddy pool) and opt instead for the Natural Wonders helicopter tour over the Valley of Fire State Park, Lake Mead, Hoover Dam, the Las Vegas Strip and Downtown Las Vegas. You'll stop for a perfect picnic lunch (yes, beverages are included) just above the Colorado River. The package, which runs from $7,495 - $7,995, includes deluxe accomadations, a roundtrip car service from McCarran International Airport and more. Just imagine the memories and Instagrams that will come out of this adventure. 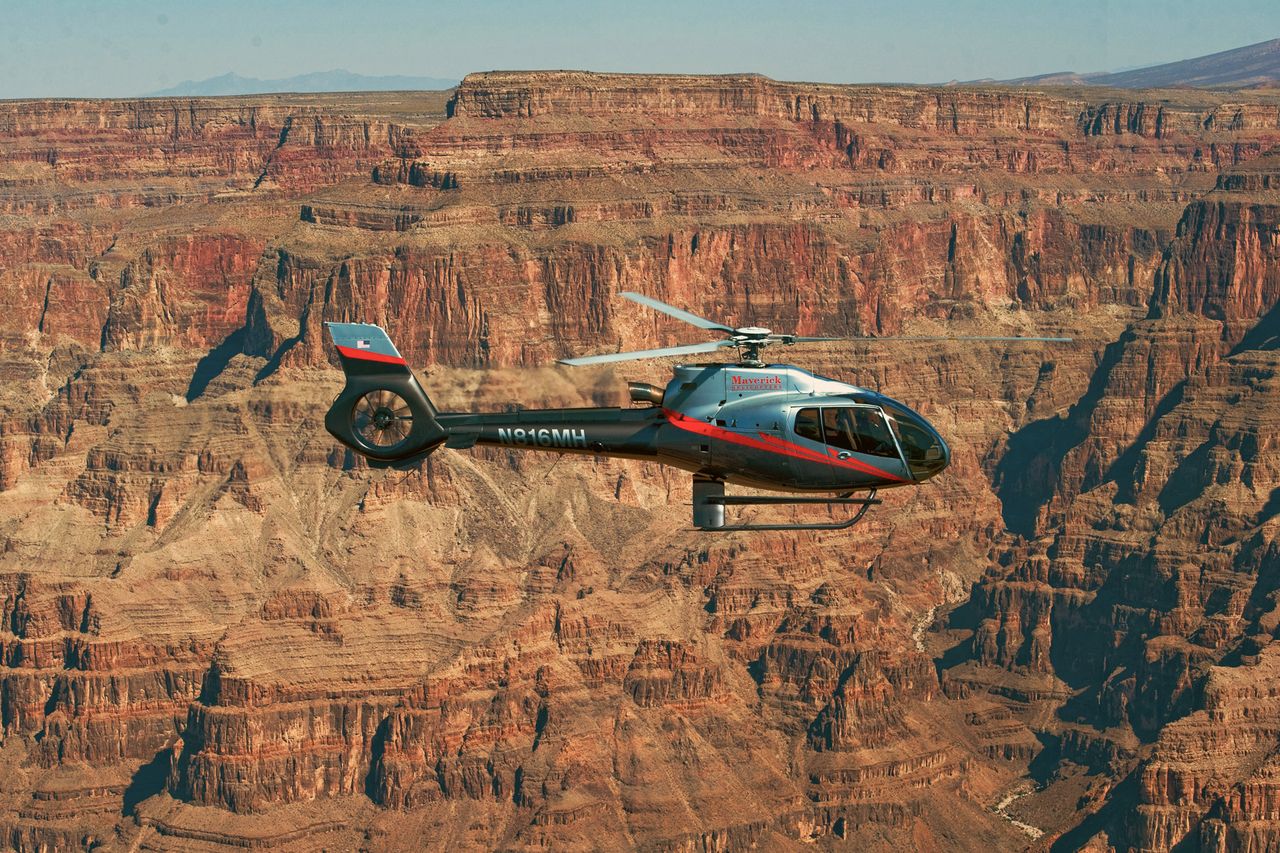 This summer, Drybar opened its first blowout bar in Las Vegas. It’s the largest location of the LA favorite to date, abound with a full bar as well as photo and DJ booths. Choose from one of three VIP packages for bachelorette or birthday parties including complimentary services for the birthday girl or bachelorette. What more could you ask for? 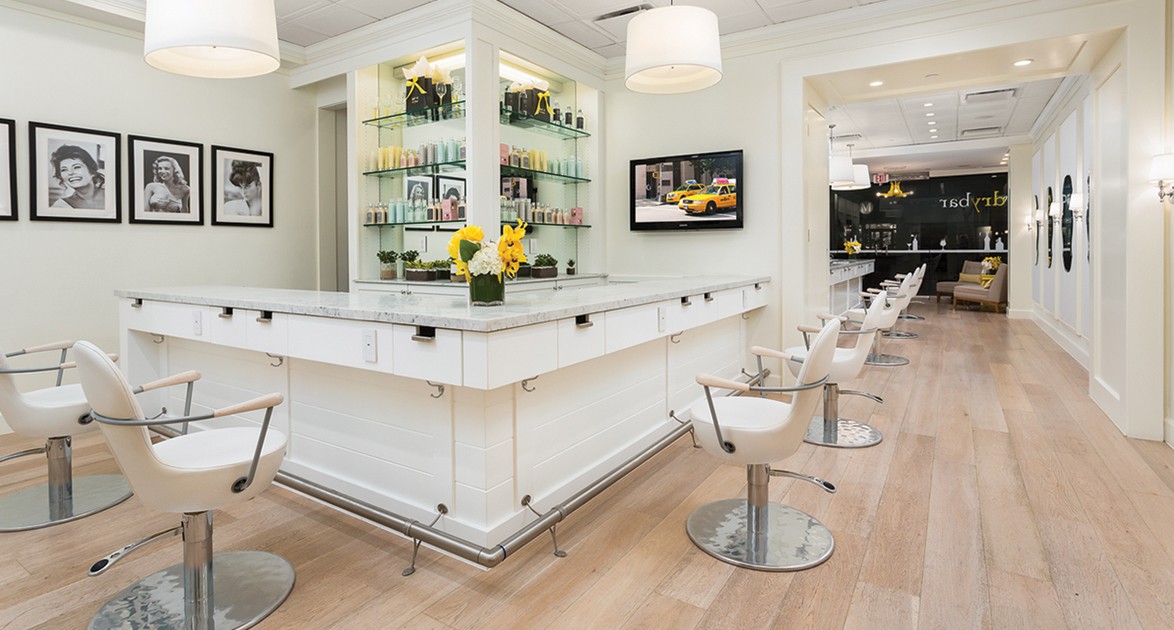 The drinks will continue flowing while you get your hair Vegas ready. Image courtesy of Drybar

Michael Mina’s Bardot Brasserie at the ARIA is a sexy-ass establishment. We’d fly to Vegas just for the French fare here and to experience the most attentive service, but wouldn’t leave without having the deluxe shellfish tower featuring a whole lobster, and a side of black truffle French fries. Also, they offer an Everlasting Rosé Brunch on Saturdays and Sundays for only an additional $20 per person. We’re sold. 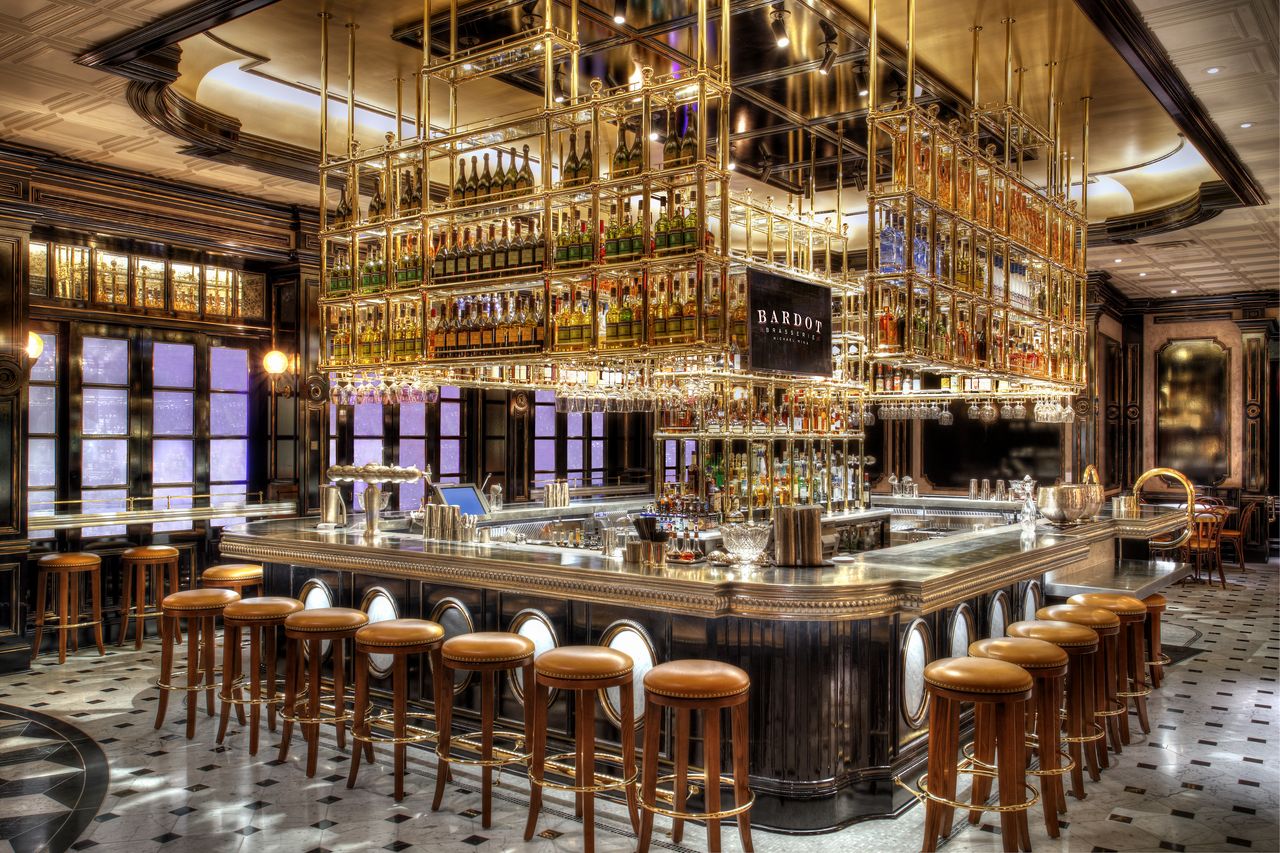 The Chainsmokers, Drake, Swizz Beatz and Kourtney Kardashian have all partied at this recently opened nightclub, which is unlike any other in Vegas. For starters, it’s a two-story, intimate space capping out at under 2,000 guests. In addition to bottle service at the banquets—which are equipped with outlets to charge your devices, because Snapchat—goers can book one of five themed VIP skybox suites, like The Gallery, which is adorned with fine art photography. If you’re going to get sloppy, at least it will be in a classy setting. 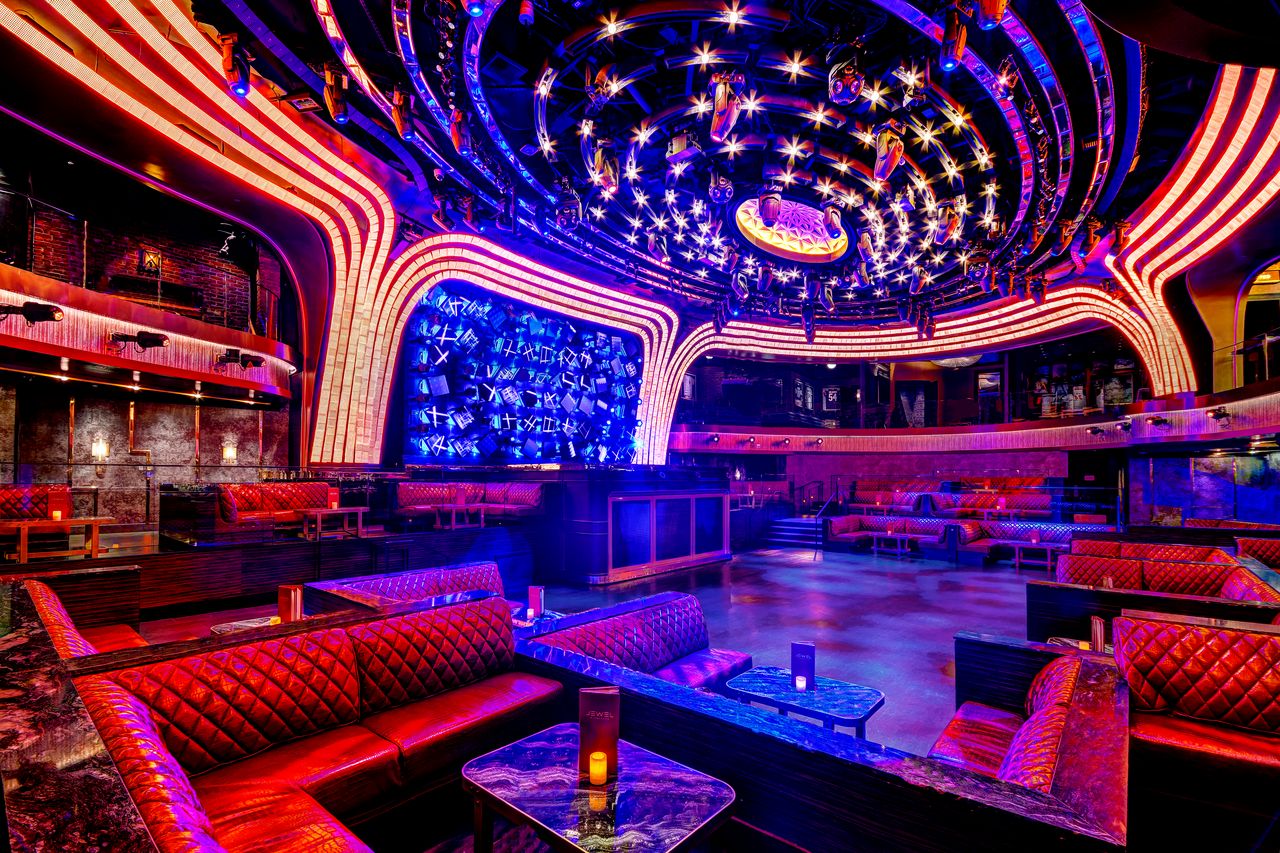 Have a hankering for the most amazing southern comfort food ever? How about cocktails like Bloody Marys served in mason jars, which could pass as meals? We thought so. With the only other locations in Miami, Yardbird at The Venetian is a must-visit spot for its rustic décor, and delicious dishes like Chicken ‘n’ Watermelon ‘n’ Waffles, which is exactly as unique and delicious as it sounds. Also, try their most popular cocktails like the Blackberry Bourbon Lemonade, made with blackberry puree, fresh lemon juice, cardamom, Wild Turkey 81, and topped with a soda water float. Or go for the Yardbird Old Fashioned, in which the bourbon is soaked for 48 hours with their bacon lardon renderings. 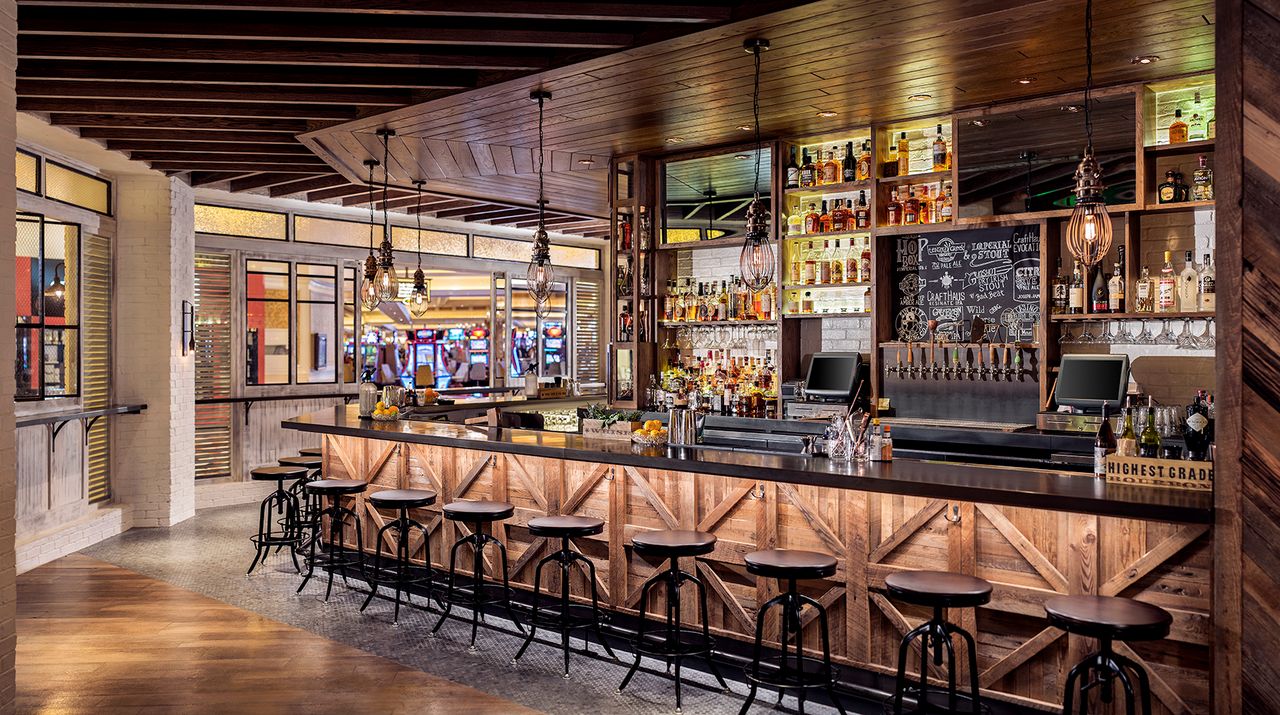 Yardbird gets hopping busy, so be sure to make a res. Image courtesy of Yardbird Southern Table & Bar

Detoxify or Replenish at The Spa at Mandarin Oriental

OK, after all the eating, drinking, partying and beautifying, we're gonna need a Chinese Foot Spa while overlooking the city at the only Forbes triple five-star luxury hotel on the The Strip. Starting at $100, The Spa at Mandarin Oriental offers an exclusive 45-minute massage of the lower legs and feet using Eastern techniques that target pressure points. While here, sign up for a yoga or pilates class offered at the Fitness and Wellness Center of the non-gaming, smoke-free luxury hotel. ‘I’ve a feeling we’re not in Kansas anymore,” is right. 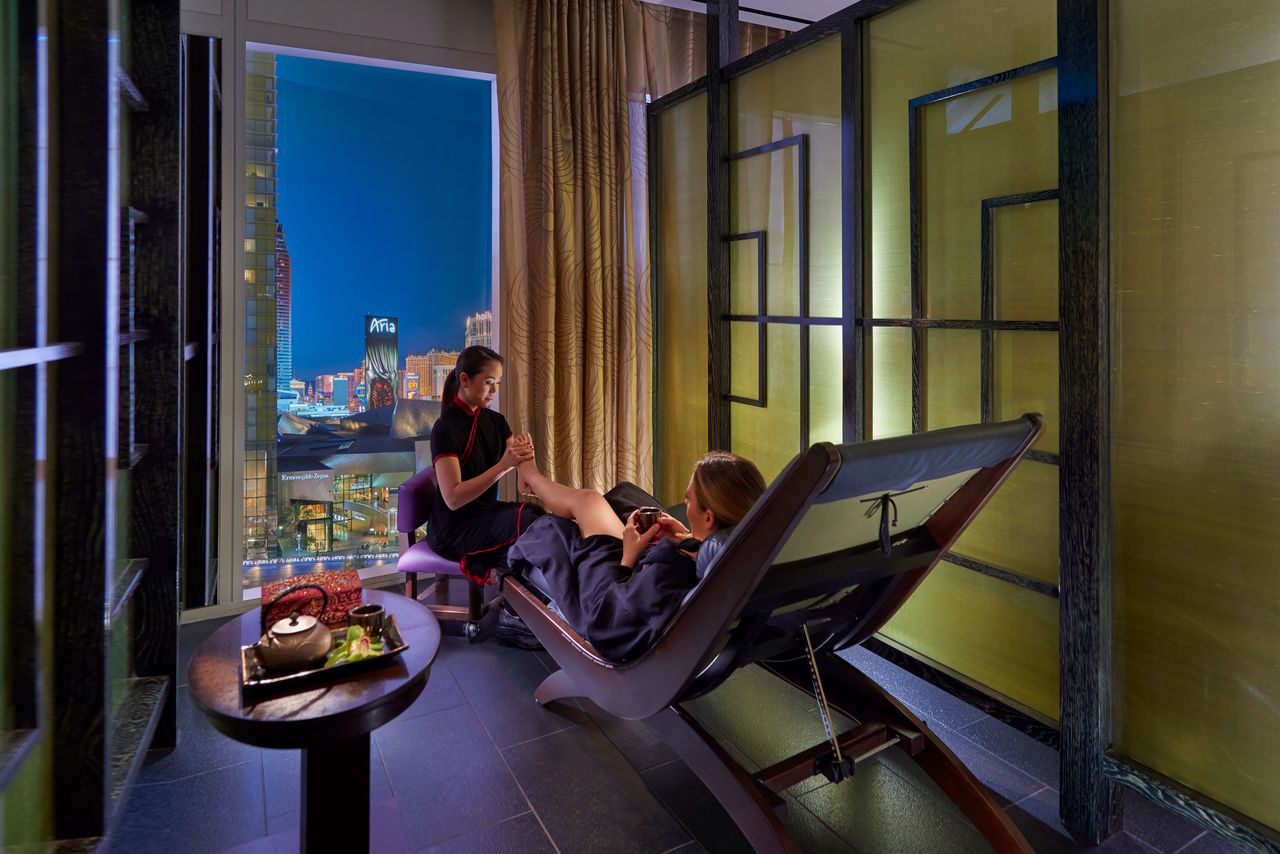 Just what the doctor ordered. Image courtesy of Mandarin Oriential

Not only can you get a killer steak here—this is, after all, touted by many as one of the best steakhouses in the country—but you can also indulge in Cotton Candy Foie Gras, caviar flights, live scallops and oh so much more. To drink, try the Don’t Be a Lemon, which is made tableside with Bacardi Superior Rum, elderflower, lemon juice, grapefruit juice, orange bitters, and liquid nitrogen (obviously). 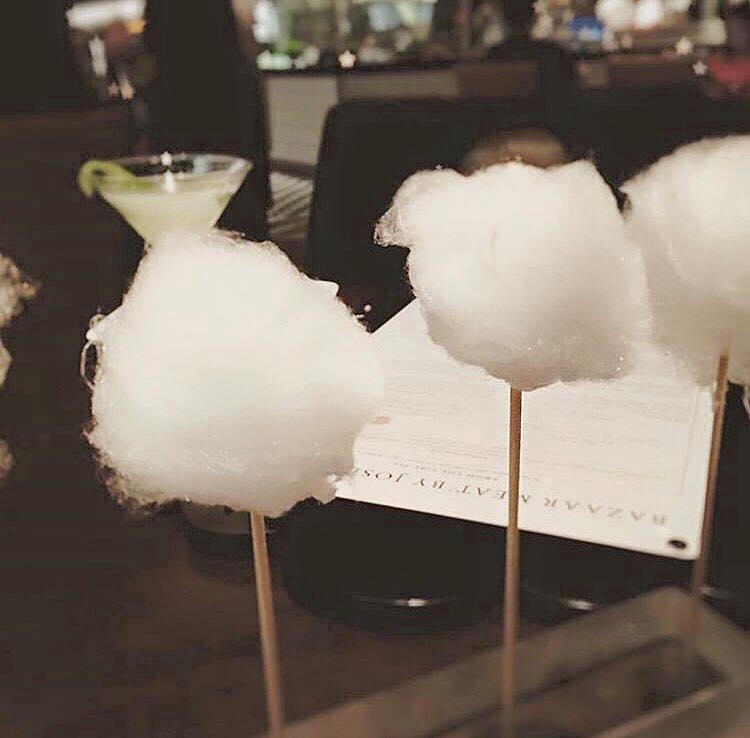 Yes, there's foie gras inside of those. Image courtesy of @citybookreviewowner

If you’re into golfing, The Wynn has an 18-hole course—if shopping is more your thing, the property houses Chanel, Alexander McQueen, Dior, and Chloe. Most importantly it’s one of the most elegant places to stay, as well as, its sister property, Encore. Neither of the hotel’s casinos are non-smoking, but you’ll never notice because they’re so posh and airy. 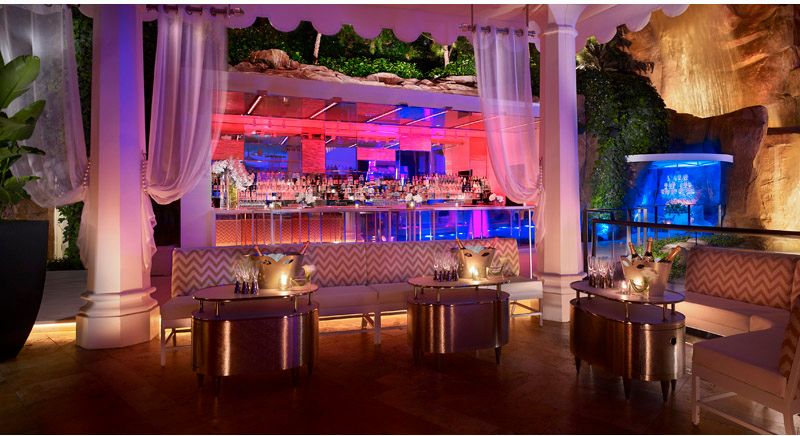 If 90s and early 2000s music is your jam, check out headliners Britney Spears and Boyz II Men in concert. Britney’s Piece of Me takes residency at The Axis at  Planet Hollywood Resort & Casino through February And if you want to sing along to throwback R&B love songs, Boyz II Men performs multiple weekends at The Mirage through the end of this year. 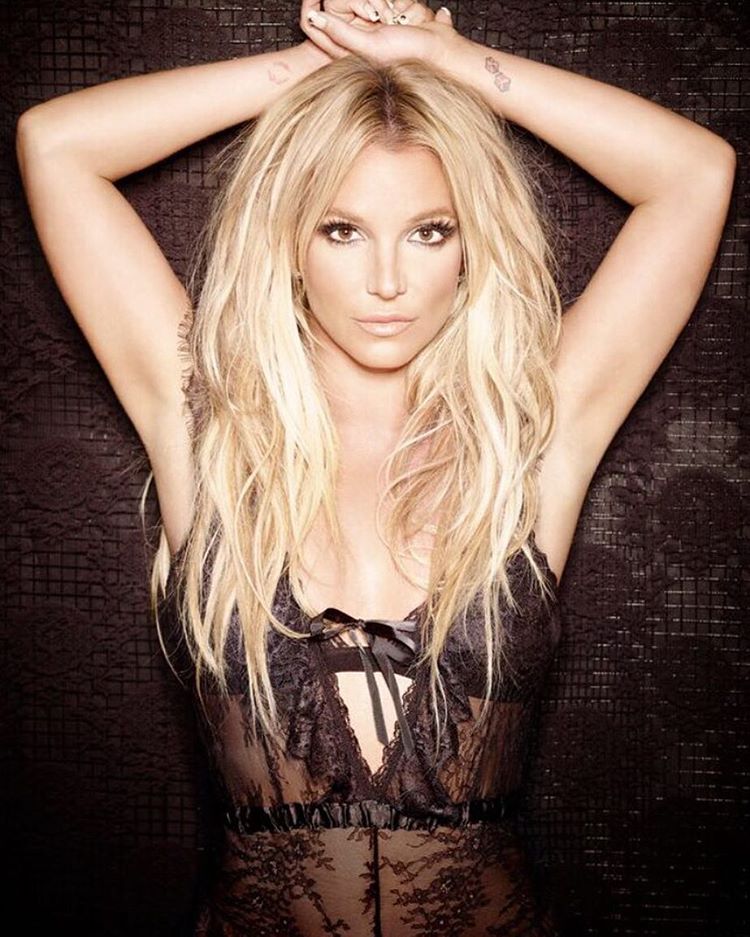 Eliza Krpoyan is a luxury lifestyle writer and editor. Her expertise is in travel, wellness, and fashion. When she's not traveling for work she splits her time between New York and LA. If she were to describe herself as a place she's visited it would either be Martha's Vineyard or Milan. Her favorite city in the world, however remains New York.