The Best Bars in LA that Give Zero F*cks

Recently, I wandered into MiniBar in Franklin Village. It was a sticky Monday evening, but I took one look at the wood paneling, gleaming red leather, vested and mustachioed bartender and suddenly it was a Sunday afternoon and I was, remarkably, on a boat.
Maybe the nautical sentiment was induced by the self-aware yacht rock (we’re talking Phil Collins, Toto, and many more good-bad 80s jams) that found its way into my ears, or maybe it was the Fuzzy Navel cocktail with an equally self-aware decorative umbrella that found its way into my hands. Whatever the catalyst, during happy hour, MiniBar was as relaxing as the car wash on a lazy Sunday. That being said, the bar gets pleasantly rowdier after dark, but never, dare I say, “too turnt.”
The pleasant vibes can be attributed to the people who crafted them. MiniBar’s owners, Warner Ebbink and Chef Brandon Boudet, are the same masterminds behind beloved LA establishments Dominick’s and Little Dom's. Meanwhile, General Manager Jeremy Allen (AKA the vested and mustachioed bartender) is a certified somm who has worked under at least three James Beard nominated chefs. Basically, MiniBar’s management does indeed give several fucks. But that's because they aspire to slap smiles across all of your stupid faces.
“The bar was designed to make you feel at home. At a really nice home. We are sincerely trying to make people feel good. Every once in awhile it works. Mostly, we want to be the bar that is not assholes,” Jeremy tells me as I sip my transformative Fuzzy Navel.
Get Citizine Updates Here 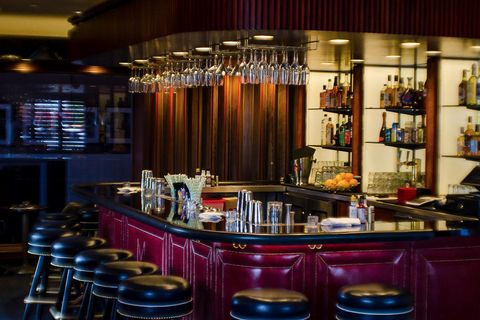 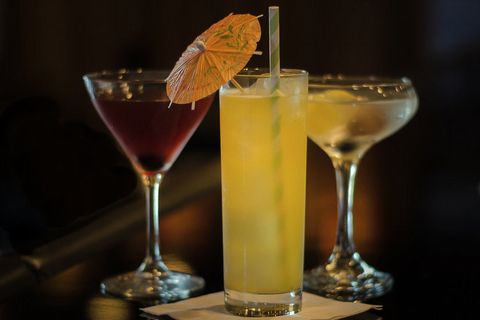 Nestled inside of a Best Western for god’s sake, MiniBar doesn’t really give a damn about being trendy, but of course, it’s effortlessly cool as hell. I blame the subtle homages to the 80s, homemade string cheese and perfectly crafted drinks with names like Alpine Hippie Juice and Regal Beagle Twinkle Toes. MiniBar demands that you don’t take it—or yourself—too seriously.

Jeremy, who pretty much runs the show, is a man of twists and turns. When I asked him about himself, he told me: “In the same way some wild ones were raised by wolves, I was raised by rock ‘n roll and restaurants.”
While chatting with Jeremy about yacht rock, MiniBar and his inspirations behind the cocktail list, our conversation naturally drifted to the beauty that comes from staying true to yourself and doing whatever the fuck you want. So, yes he also gave us his recommendations for the best bars in LA where you should probably leave your pretensions at the door.
Read on for an interview with Jeremy Allen, who still calls The Satellite “Spaceland”: 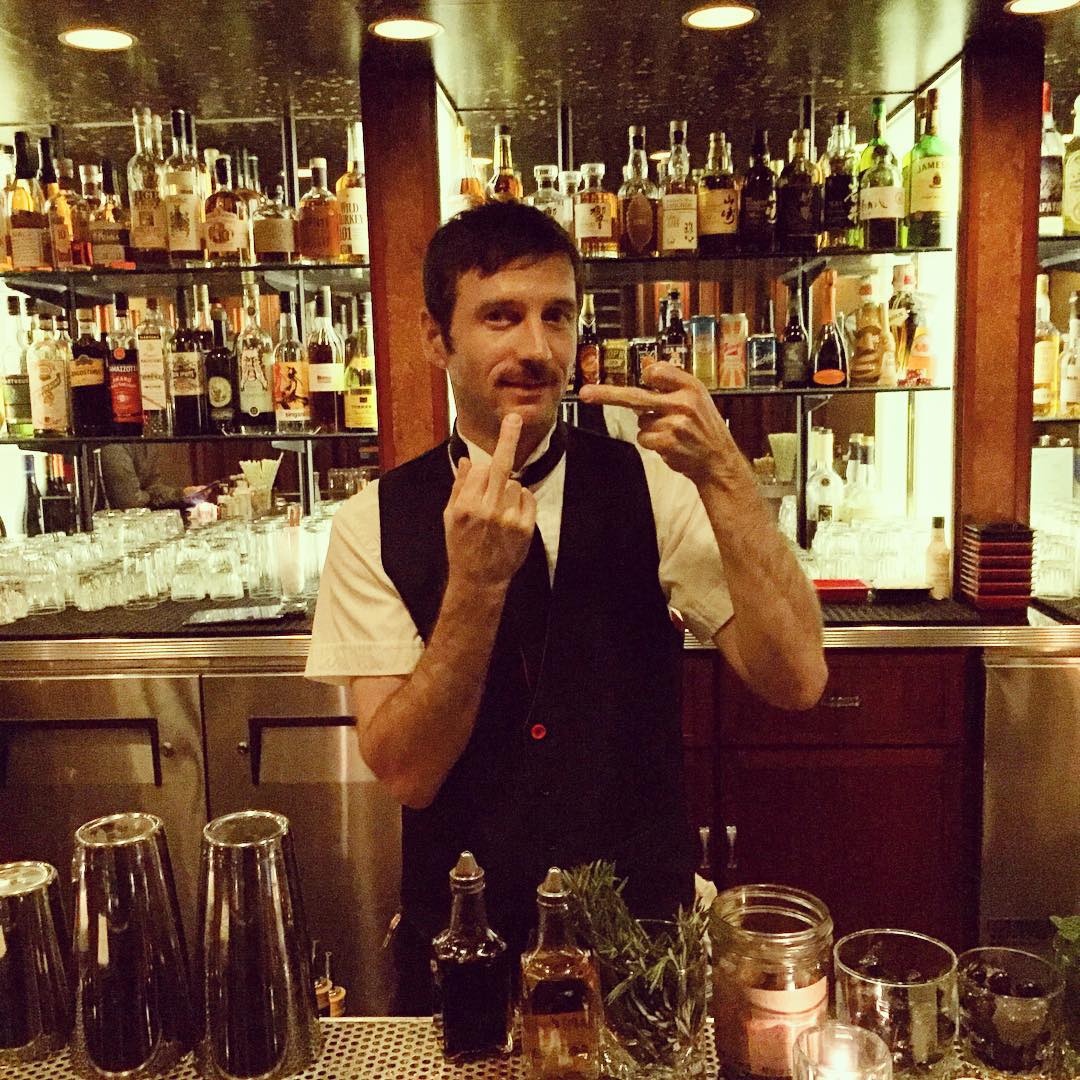 "I like dark dungeons and old guys running off at the mouth," says GM of MiniBar, Jeremy Allen. Image courtesy of @dirtypreston

In your humble opinion, what should we order at MiniBar?

Where else is worth paying a visit in Franklin Village?

JA: Hit up MiniBar before UCB (Upright Citizens Brigade Theatre). And after. I also like to cruise to Counterpoint Records & Books as often as I can, and search for used Vollmann or used tapes.  Papilles is delicious for dinner and cheese plates, then Kettle Glazed Doughnuts for dessert.

What kind of music do you listen to?

JA: Just not current pop. No jazz fusion. Anything with words, made by people. If you can hear it at CVS, you won't hear it here.If we don't have cinnamon whiskey, why would we have Maroon 5?

Who decides what gets played at the bar?

JA: Everyone in the bar is related to music in some way, so we really take pride in our playlists. I know a lot about music, and every single person who works here knows more than me. And they all contribute playlists.  If it's no fun it's not getting played. We go from really good-bad music—yachty stuff like Carly Simon and Christopher Cross, to really great-bad music—like 60s mexican garage rock or weird gentle funk. Stevie Nicks every once in awhile.  And we have a knack for sneaking in current stuff that, much like our bar, sounds like it's been around forever. You may hear Har Mar, you may hear UMO, you will definitely hear Lionel Richie.

DTLA, $
I think of it like a dive-bar wine-bar. Great cheap wine in juice glasses, cans of beer, and the bartender smoking cigs out front. Bands play in one room after dark. And it's on the same block as Golden Gopher, with awesome pizza in between at Pellicola Pizzeria. 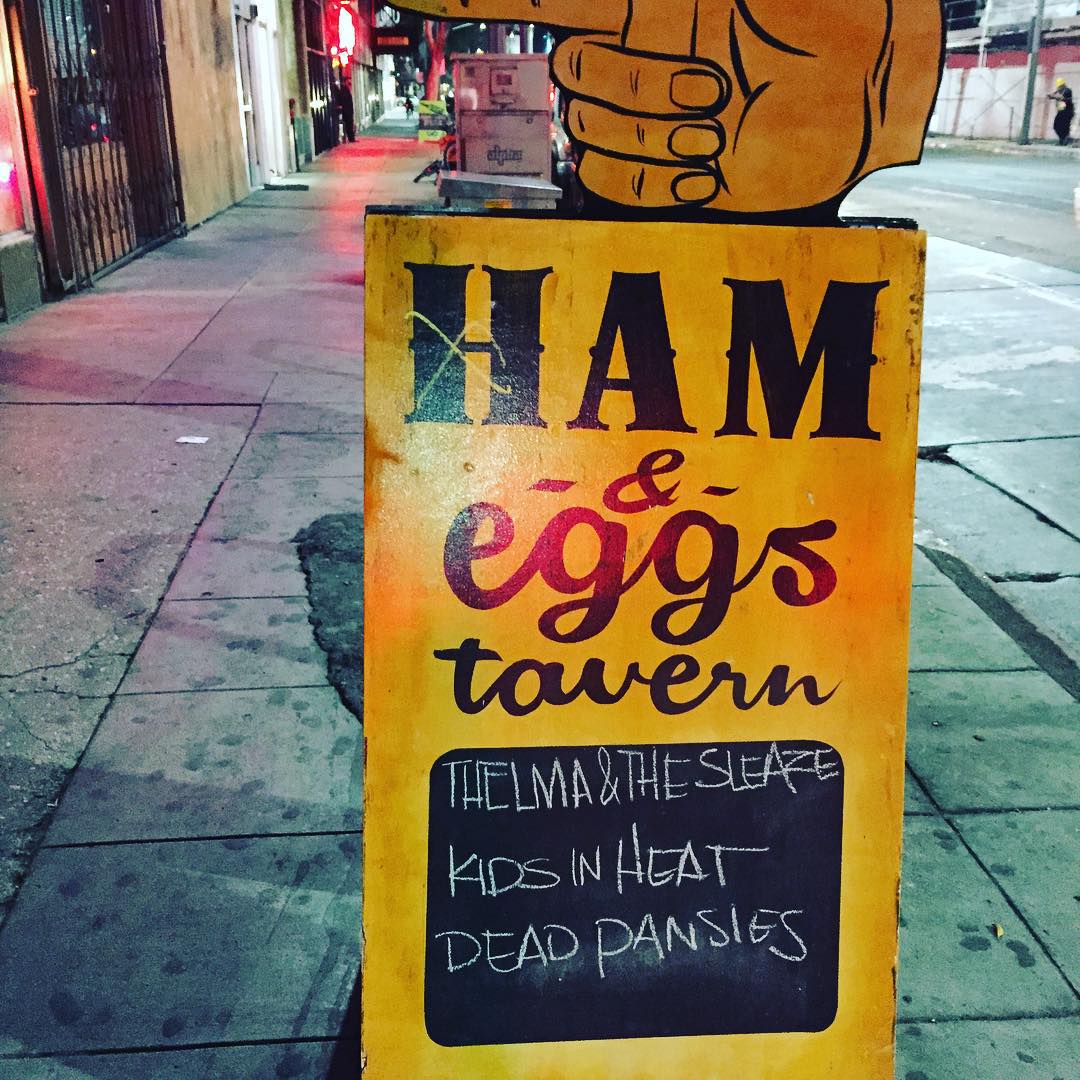 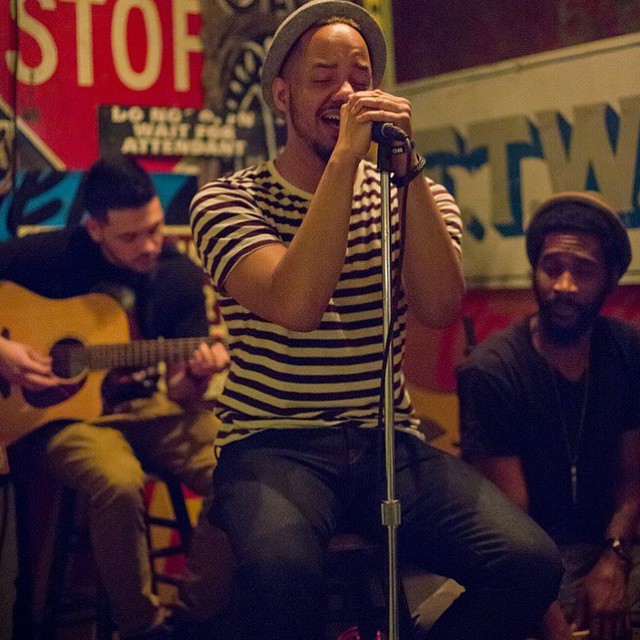 DTLA, $
The opposite of Big Wangs, across the street but a world away. One of the last downtown spots that feels like old downtown.  Divey as fuck, a little bit homeless. "MacArthur Park”-era real life LA.  Kind of like drinking on a city bus after last call. 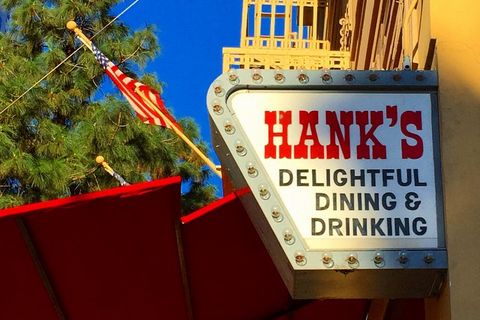 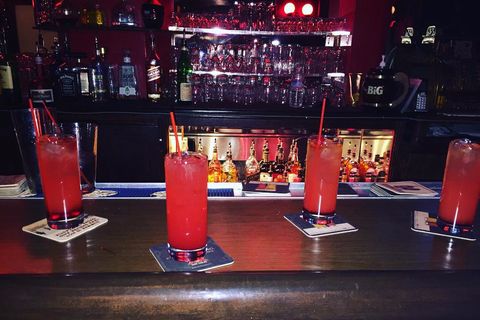 DTLA, $$
Tuesday night is the best night for music here. My friend Maggie plays records, and all her buds are the right kind of cool.  I think Tony from The Distillers gets paid to hang out here. 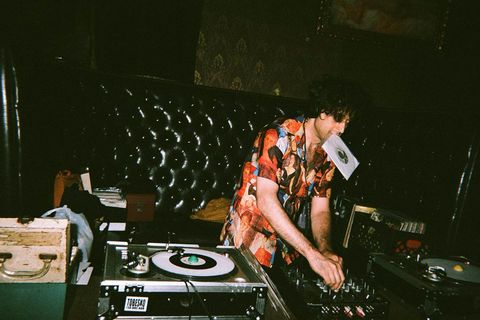 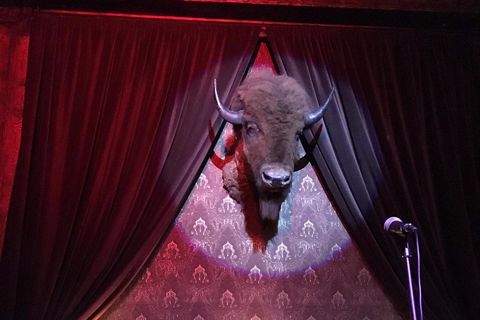 DTLA, $
Next to Langer's Delicatessen-Restaurant. I wanted to go here forever but was a little bit unsure if that was a good idea. It was a great idea. Also half a block from MacArthur Park Red Line; 15 minute walk to Monty. 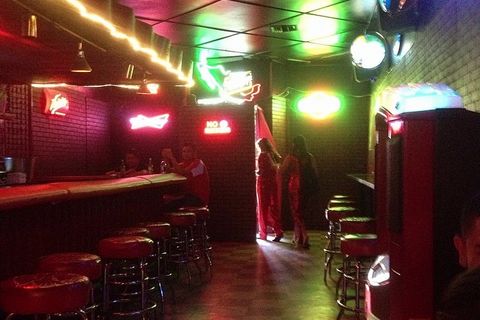 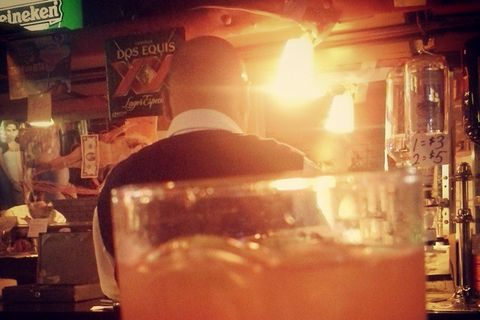 DTLA, $
Again, half a block from the train station. Great bar for day-drinking—AKA very dark. And there’s a cool patio out back for night-time. Old dudes sing along to sad Spanish Polka till night-time, when the hip kids show up;  once there's a cover, then it's time to go, you know? 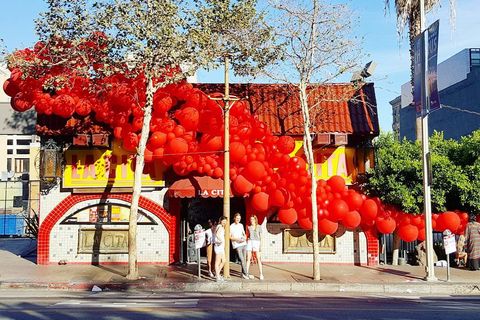 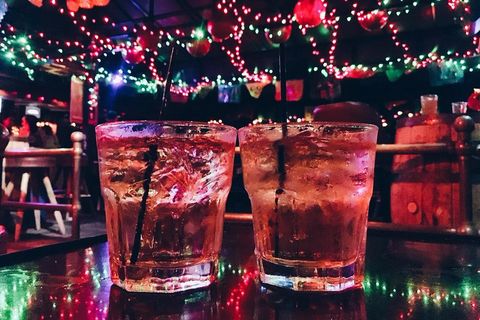 Koreatown, $
Across the street from Lock & Key, and where you can likely find their bartenders on their breaks.  I guarantee someone will be sleeping at the bar.  Booze likely from Costco.  Don't drink it unless it comes in a can or a bottle, but bartender Mari is one of my favorite faces on planet Earth. Talk to her. Been there a hundred times and never seen the restroom, and never plan on it. 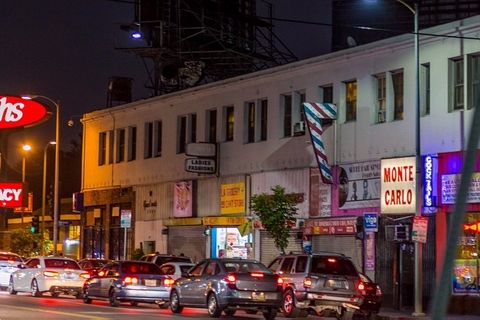 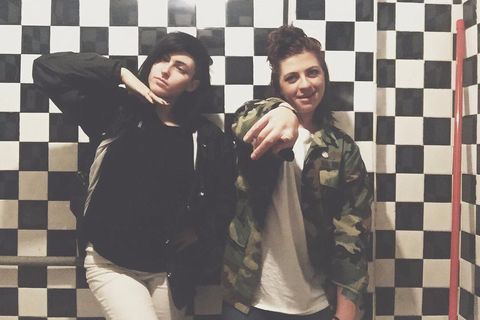 Apparently the bathroom is the place to be. Image courtesy of @jersker

Koreatown, $
Also across the street from Lock & Key The bowling is OK, the arcade games are in bad shape, but the bar is awesome. Cheapest cocktails in town, though I would never order one—crazy combinations of every liquor ever made.  Stick to the Cheap AF top shelf.  And they have the coldest beer in town.  There will be a taco truck outside too. 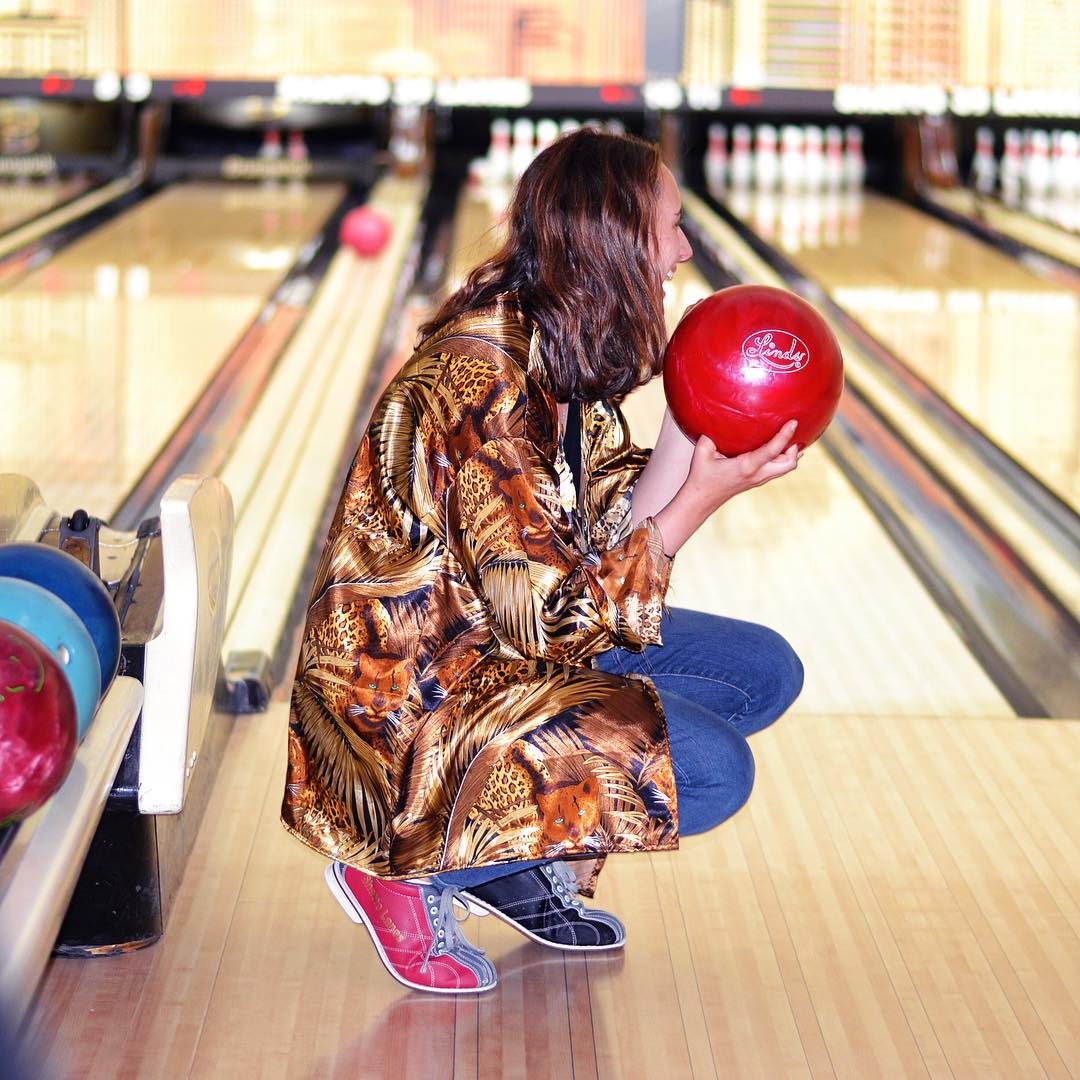 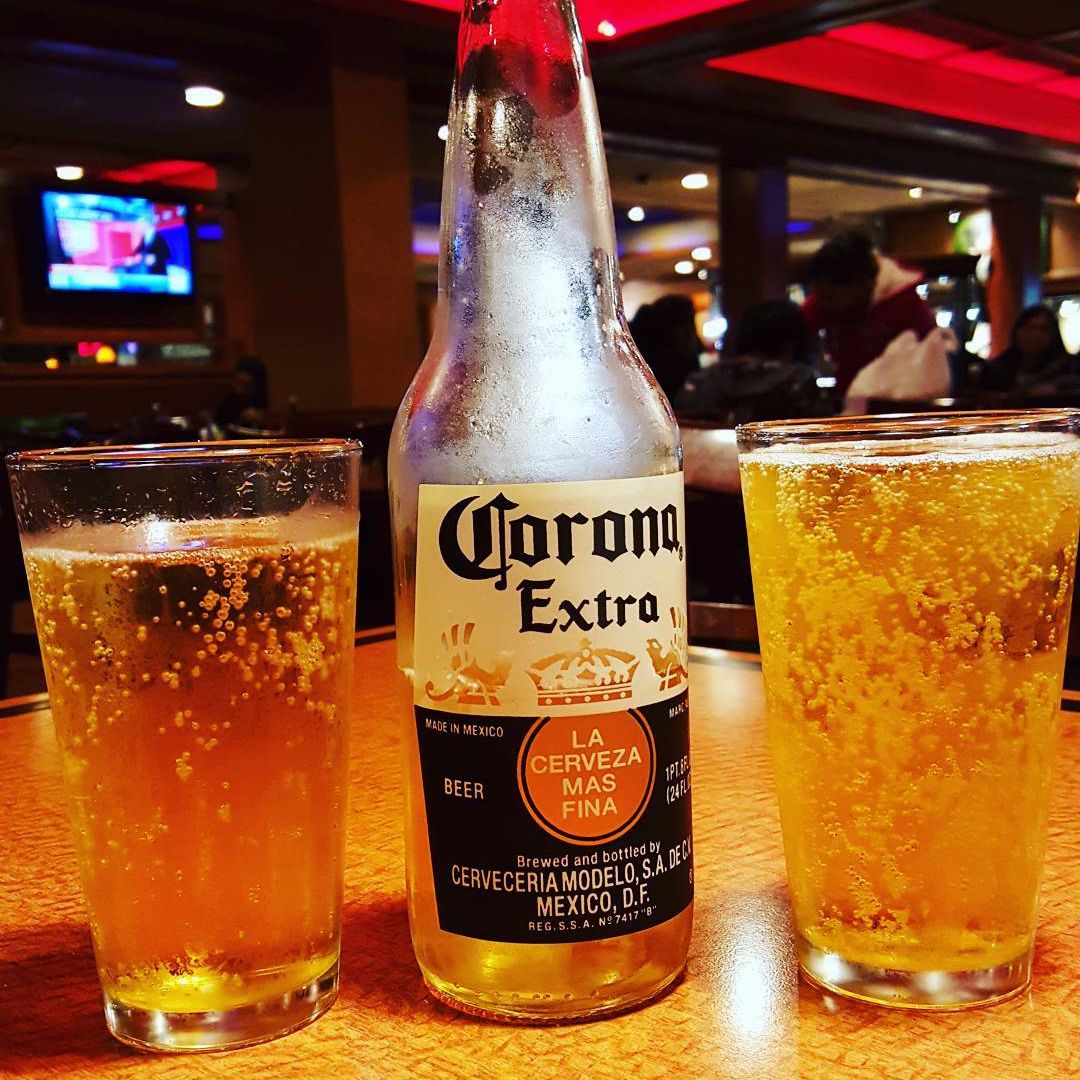 Koreatown,
If you are going to the Wiltern, and the band you’re seeing is any fun at all, you will probably see them here before the show. 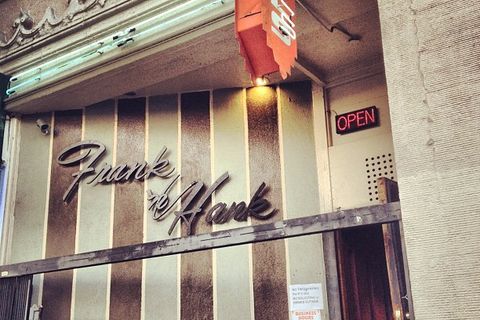 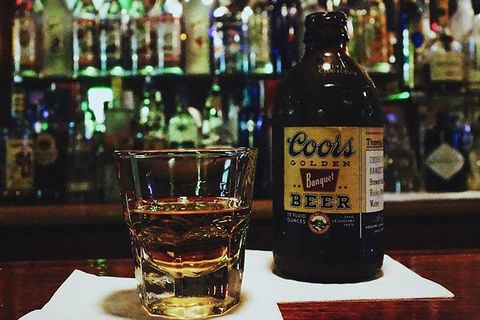 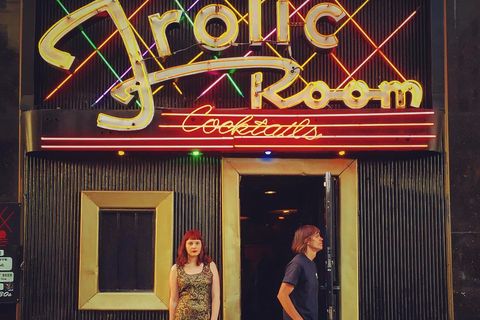 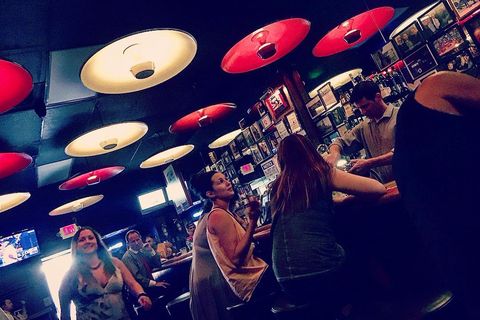 West Hollywood, $$
It's still there and it's still glorious. The pizza is better than you think. Check out the Megatouch in the outside bar. There was a time when every high score on every game was held by Lemmy (except one—when I beat him at Hoop Jams). 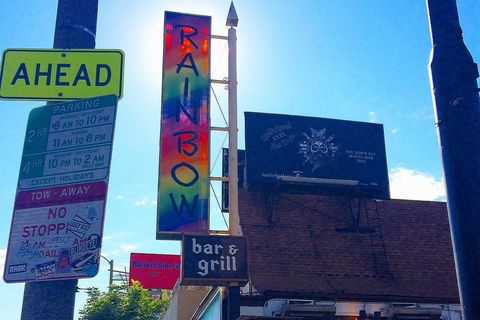 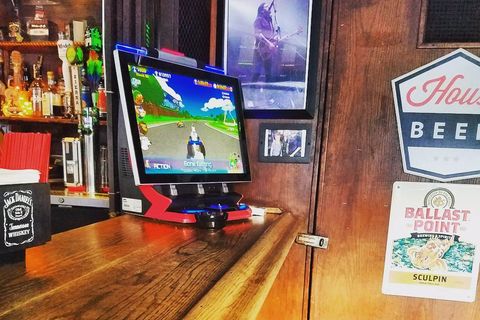 Lemmy’s Megatouch at The Rainbow. Image courtesy of @jiggyflybudweiser

Arden Shore is a writer, dot connector and sock collector from Los Angeles. While writing this feature, she listened to Africa by Toto on repeat and nothing else. Follow her meanderings on Instagram @ardyparty and Twitter @ardyparty_.
Header Image courtesy of MiniBar