If you mention “Hollywood” in even the most remote corner of the planet, chances are that most people will conjure up images of celebrity, glitz, glamor and phonies. And yeah, Hollywood still has all of that. If you go to the one and only Rock n’ Roll Ralphs on Sunset, for instance, you might spot a big time star shrouded in sunglasses, shopping for almond milk. Or you can take a Star Tour and spy on celebrities’ homes from the comfort of a double decker bus.
But beneath all the hoopla is one of America’s most misunderstood towns, where dreams are made (and frequently dashed). If you spend all your time chasing celebrities here, you’ll be missing out on some of the coolest—and most hidden—sights that Hollywood has to offer. Ever wanted to drink in one of Bukowski’s favorite dive bars, or see some of the rarest books on earth? Hollywood has all that and so much more.
Get Citizine Updates Here

Charles Bukowski wrote many of his most admired novels in this non-descript bungalow in East Hollywood. The neighborhood has certainly changed, but the bungalow hasn’t. A 2007 initiative from a bunch of Bukowski fans spared Bukowski’s dwelling (and several behind it) from demolition. It’s still a private residence, so don’t crowd the driveway. But with the right set of eyes, you can almost see the curmudgeonly writer hunched over on the front porch finishing off one of his many cigarettes.

If you’re a literary fan in any way, you simply must check out Mystery Pier Books, one of the best selections of rare, first edition, and signed books this side of the Smithsonian. Located behind another exceptional bookstore, Book Soup, Mystery Pier is run by two friendly guys who are notoriously more than happy to show you some of the shop’s rarer artifacts. A signed J.D. Salinger? A personally inscribed Hemingway? Early Shakespeare folios and Charlie Chaplin’s personal shooting scripts? They’re all here. And all well off the beaten path. 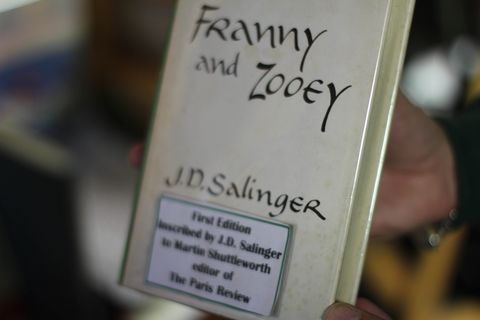 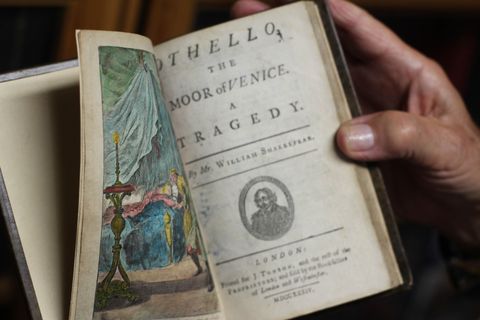 Mystery Pier has got all sorts of inscribed literary gems. 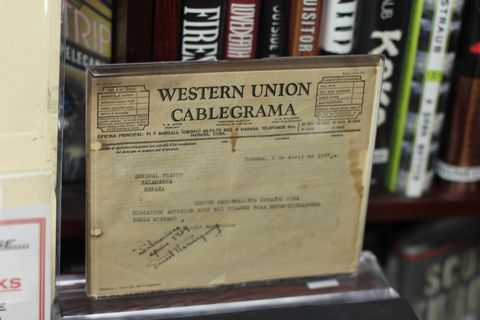 Sitting just next to the Pantages Theater on Hollywood Blvd., The Frolic Room is one of the most storied dive bars in the city. Legend has it that Tom Waits used to stop in very frequently back in his drinking days, as did Bukowski. The latter even gave the bar a few shoutouts in some of his novels, and divulges which seat is his favorite in the house. At this legendary, but no frills dive bar, drinks are the cheapest you’ll find in the neighborhood. And more than just a bar, The Frolic Room is also an unlikely art hotspot as a (very) rare Al Hirschfield mural runs along the far wall. It’s one of only two murals the artist ever made, and hasn’t changed since the bar opened in the 1930s as a speakeasy for the actors at the Pantages. The Frolic Room is a gem of a bar, and a total throwback to what Hollywood used to be. 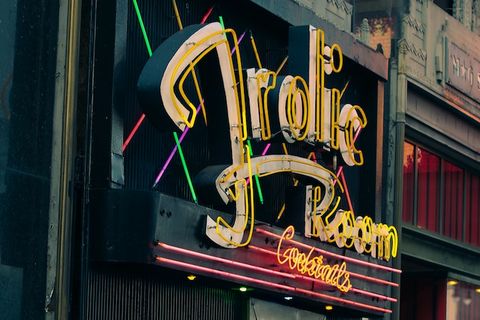 The iconic Frolic Room still serves up some of the cheapest drinks in LA. Image courtesy of Ned Dymoke

You can easily see it from Highland if you’re about to get on the 101 freeway, but chances are you have no idea what “it” is. The green barn by the side of the road, AKA The Hollywood Heritage Museum, is actually the location of Cecil B. DeMille’s first movie studio. Narrowly missing out on the title of “LA’s first movie studio” by just a few weeks, the barn was originally used as a makeshift office and editing suite for DeMille’s company in 1912 and was an early home of what would eventually become Paramount Pictures. Today it houses The Hollywood Heritage Museum and is an excellent place to park if you’re looking to go to … 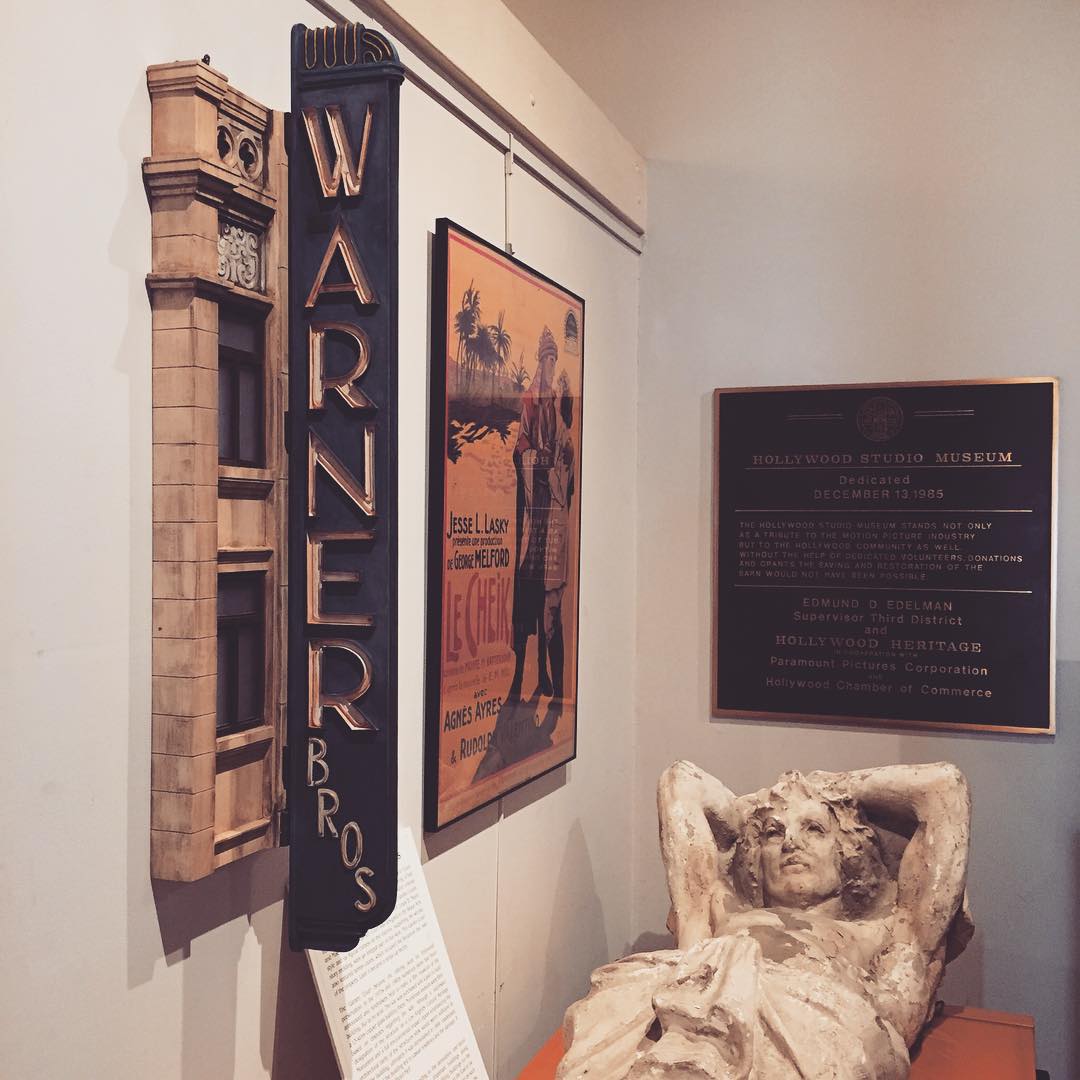 Fans of Raymond Chandler novels will immediately recognize the tower from his novel, The High Window, and also from the filmic adaptation of another of his novels, The Long Goodbye. Take the steps just off to the left of the cul-de- sac,  climb to the top and admire the view. Only residents have a key to the tower, which houses an elevator. It’s one of the coolest (and most secluded) little mysteries Hollywood has to offer! 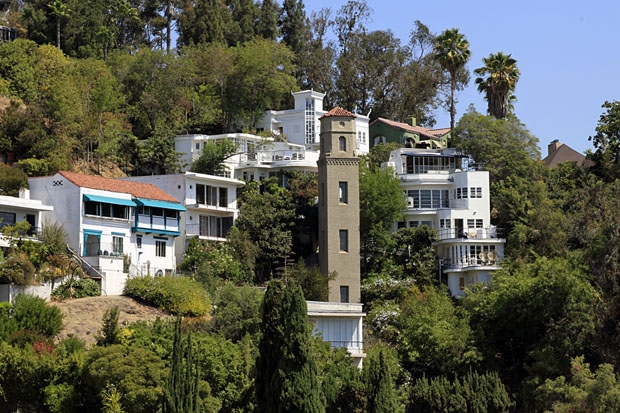 Finding yourself on Sunset Boulevard with nothing to do? Head on over to the The Nerdist Showroom. Located at the back of Meltdown Comics, the Nerdist has become a surprising home to many live comedy shows featuring some of today’s hottest acts. It’s not unheard of for heavy-hitters like Patton Oswalt and Amy Schumer to stop by and try out new material in this unassuming space. And once the show is over, you can pick up the latest and greatest in comic books and comic book memorabilia. 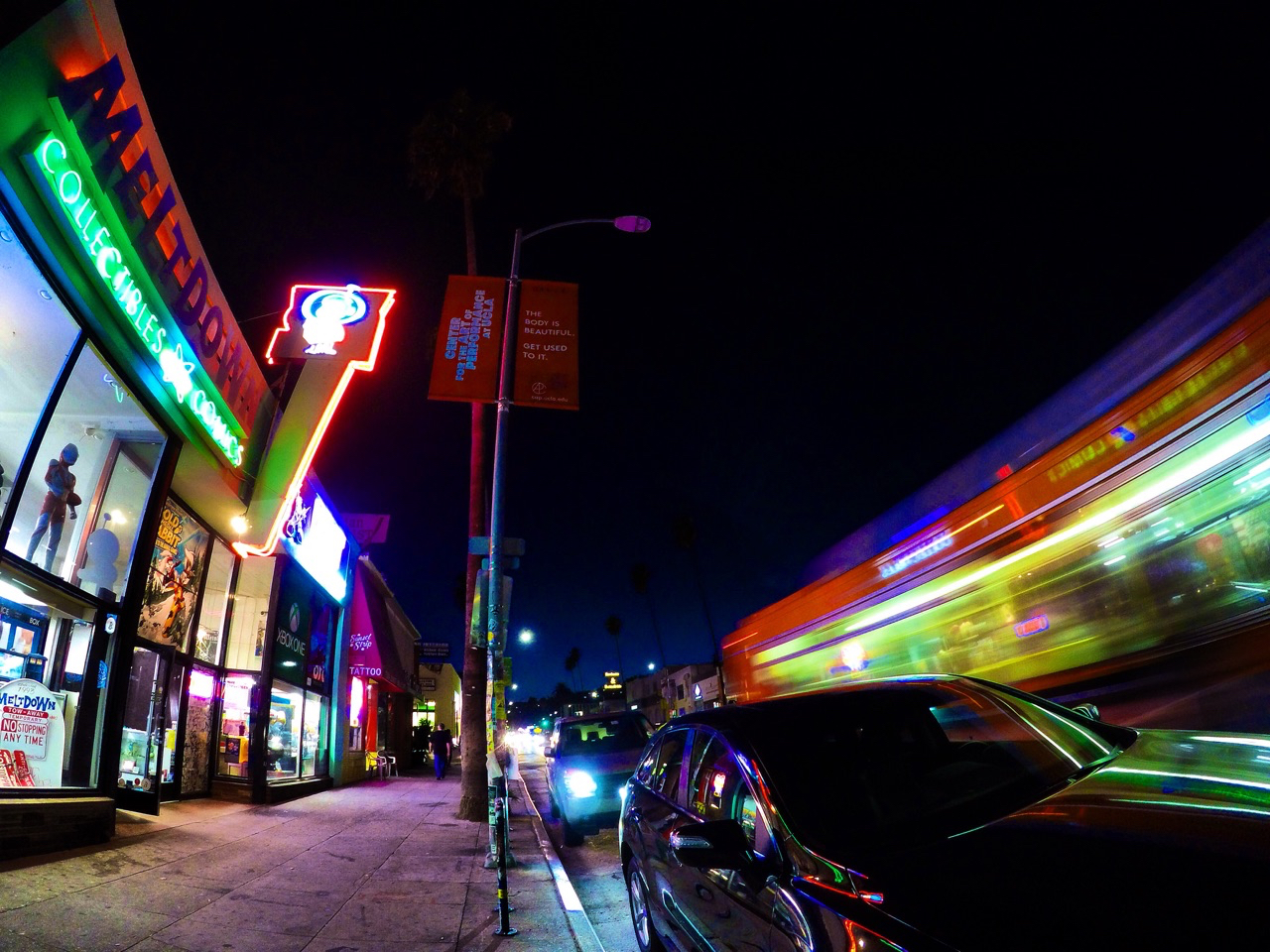 The Nerdist Theater is located within Meltdown Comics, which will satisfy any nerd's hunger for comics and sci-fi. 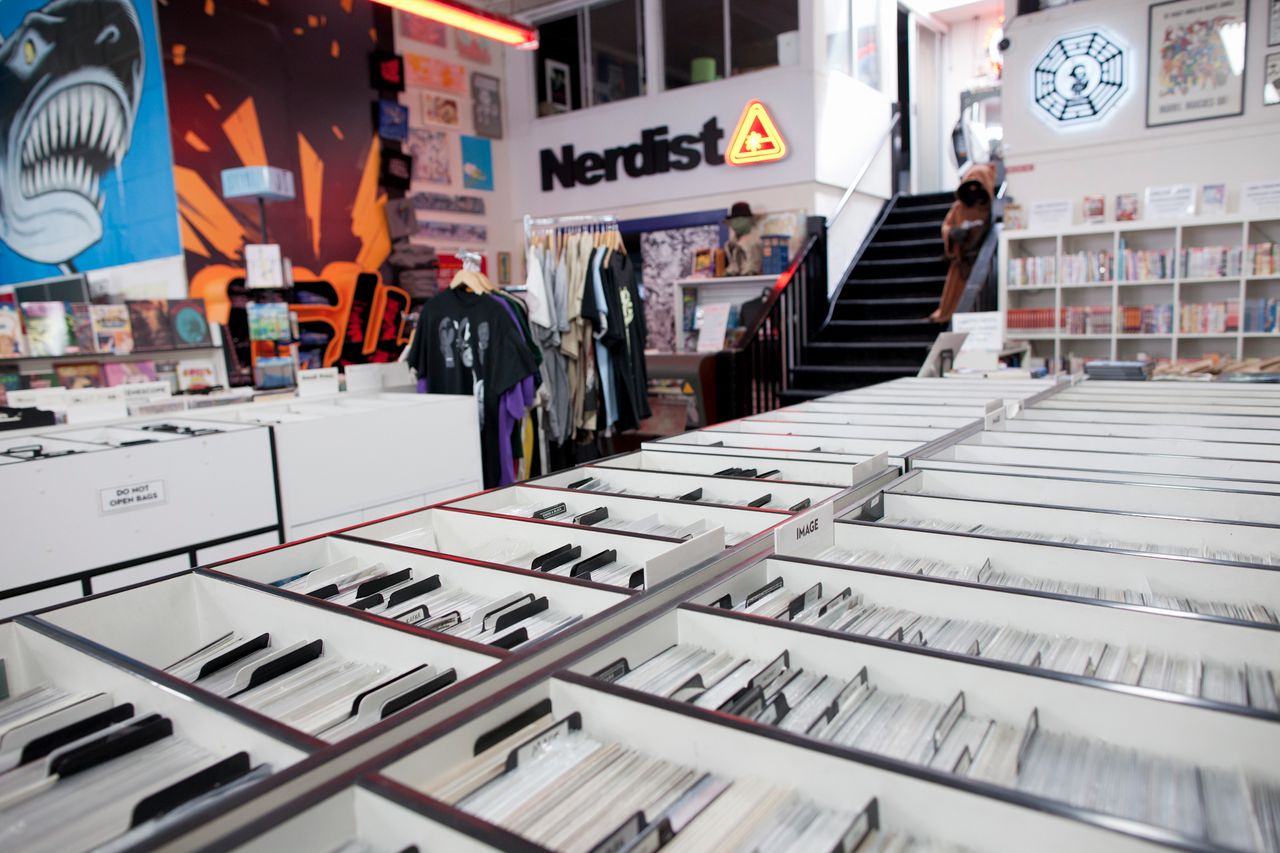 If you spend enough time at Nerdist, you might just be witness to the likes of Amy Schumer or Patton Oswalt. 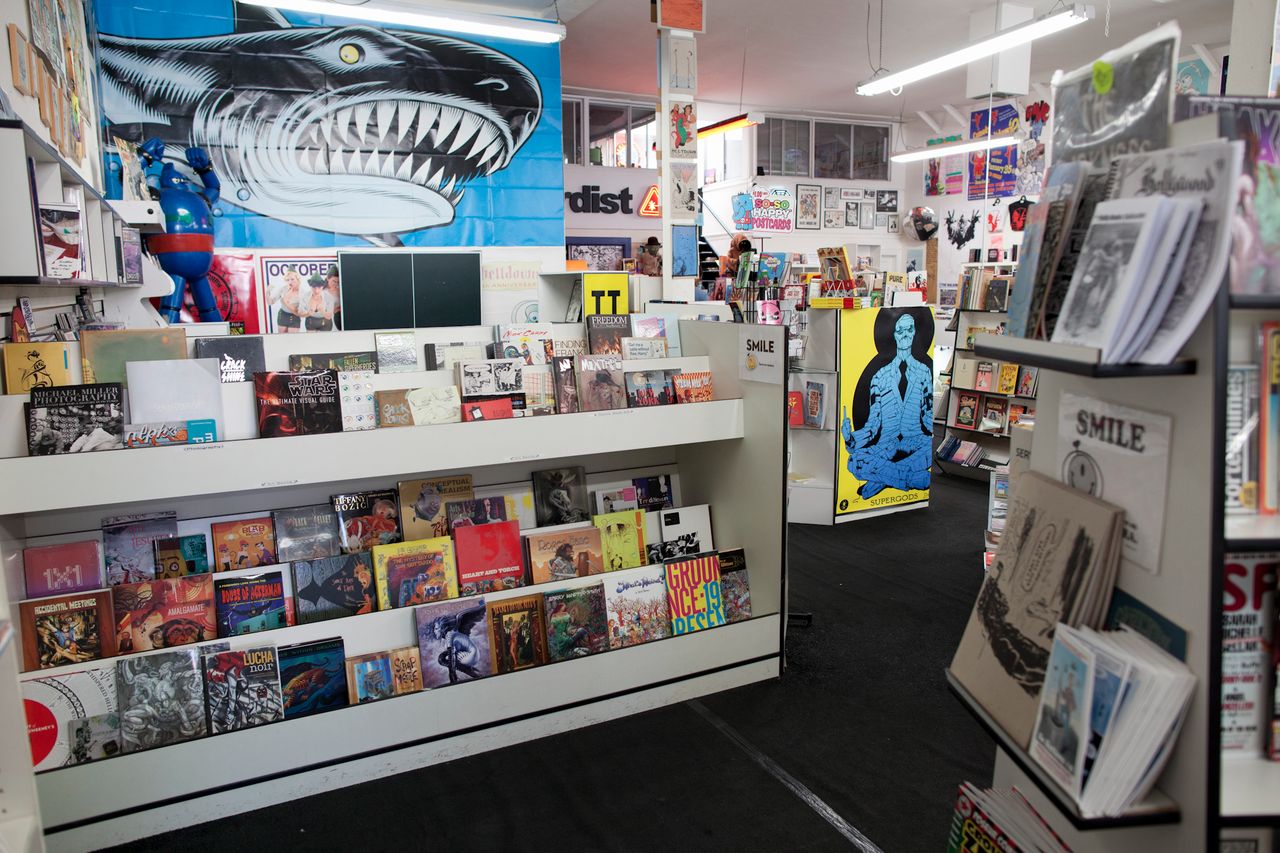 The Music Box Steps might sound like the name of another local indie band, but they’re actually an indelible (and hidden) part of Hollywood history. These steps were the filming location of The Music Box, a 1932 Laurel & Hardy movie comedy where the steps are heavily featured. Laurel and Hardy are supposed to deliver a very heavy music box (which is, in all technicality, a piano) and have a very hard time maneuvering it up the stairs. These days, they’re a popular hiking destination and still very much in use. 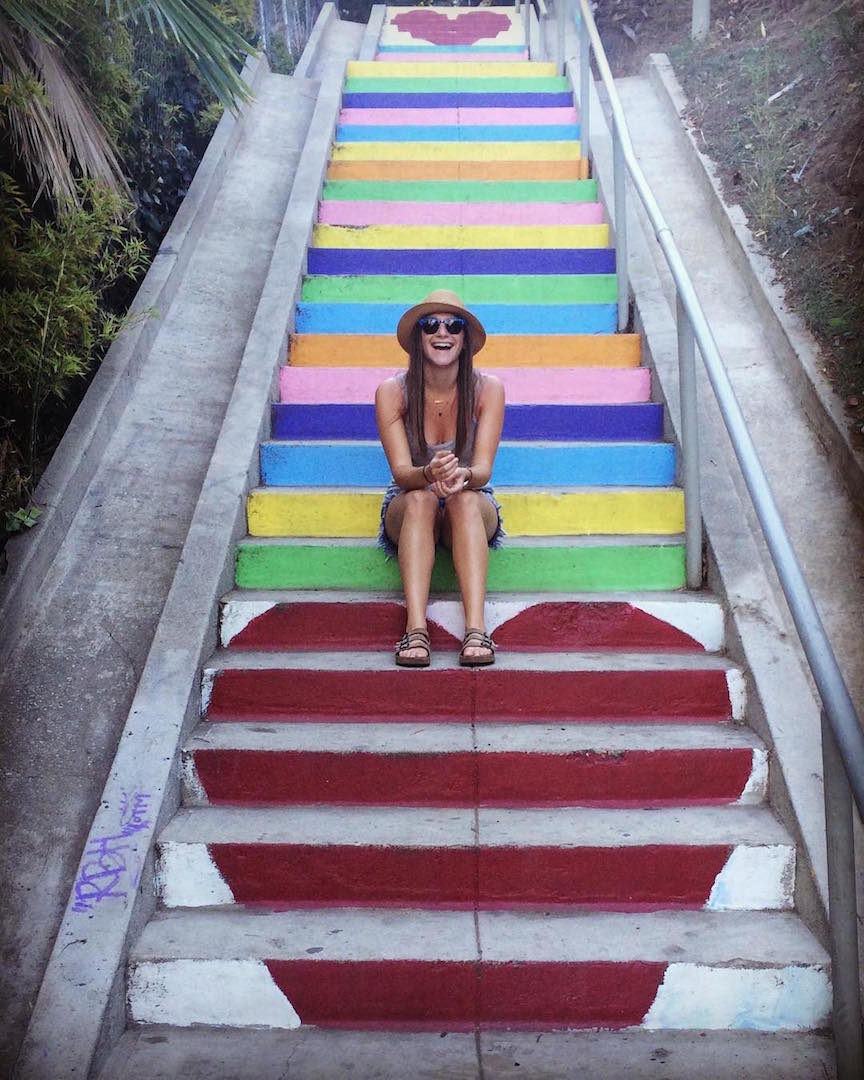 Just one of the colorful staircases in the Magic Box loop of 705 steps. Image courtesy of @beccamillman

Ned Dymoke is a writer and editor of indeterminable talent and varying repute. He has written and worked for Esquire, Playboy, National Geographic, and lives in Hollywood, California with his wife and a dog.
Featured Image of Meltdown Comics courtesy of Meltdown Comics