The Quiet Terminator. Young gun chef. Hottest cook in the kitchen. Yes, this Aussie chef has a slew of nicknames. (That last one might be our own.) You might know Curtis Stone for his reality TV stardom on shows like All-Star Academy and Celebrity Apprentice, but newsflash: he’s also made some mondo waves for becoming the one-trick-pony boy wonder.
“Huh?” you ask.
Maude the expat’s first solo restaurant in Beverly Hills, serves nine-course dinners using one seasonal ingredient throughout. If asparagus, for instance, is the theme of the month, you’re going to get asparagus in nine different forms—even dessert. (Children, beware!) 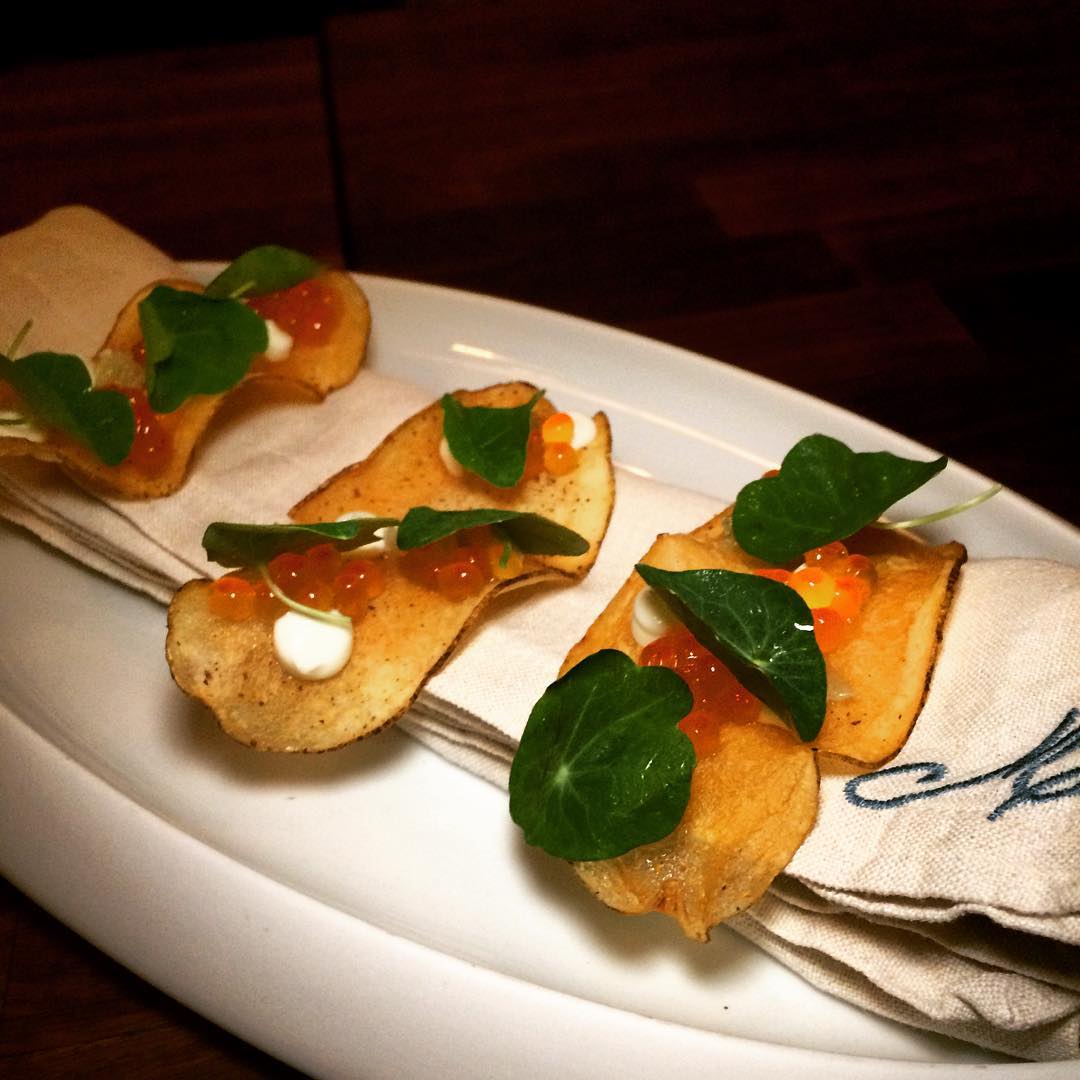 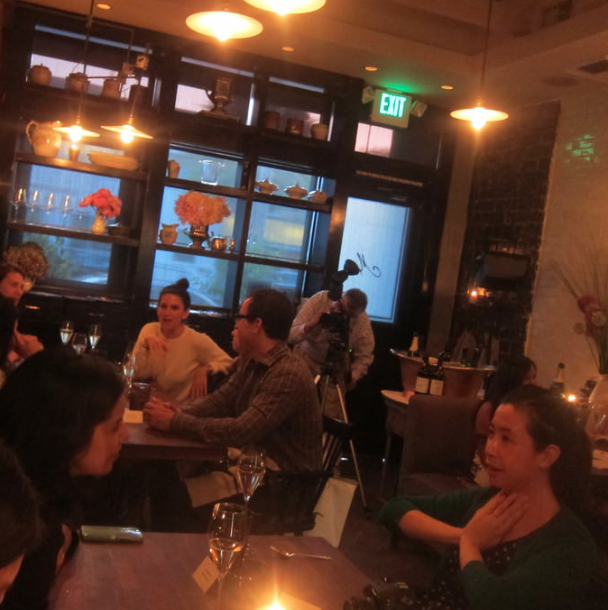 And this singular focus is paying off. Adorably named after his grandma, Maude has been deemed “Best Restaurant in Los Angeles” by LA Weekly and more. Good luck scoring a reservation though or be prepared to call 392 times in a row.

Despite all the fame and awards, coming up with 720 unique dishes over the course of 24 months can get kind of nutty. So we asked Curtis: are you really going to keep this one-ingredient thing up?
"It’s giving me an ulcer, but it’s fun. So, yeah, we’re going to keep doing that,’” says Curtis with an ah-bugger-me intonation.
And now he's bringing out the big knives, literally, for his second LA concept: Gwen—an open-grill restaurant + butcher shop opening mid-2016 in Hollywood.
The real kicker is that while Curtis juggles all of these projects, he still finds time to date … his wife Lindsay Price (sorry, ladies—but who can argue with how adorable they are?). 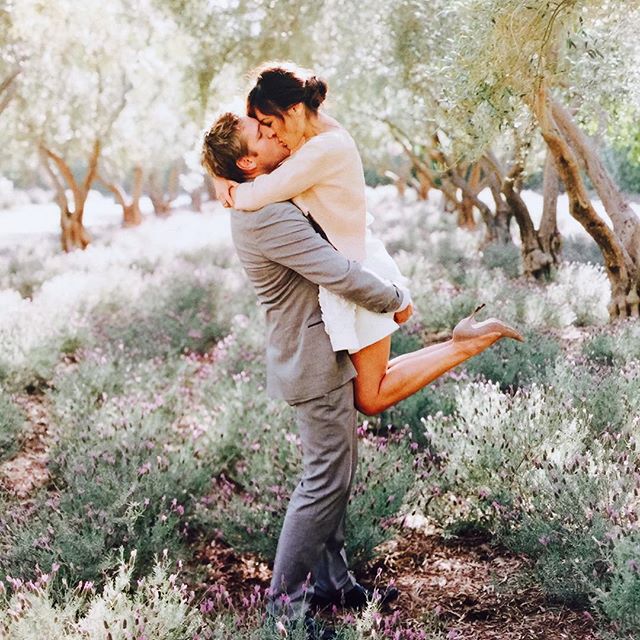 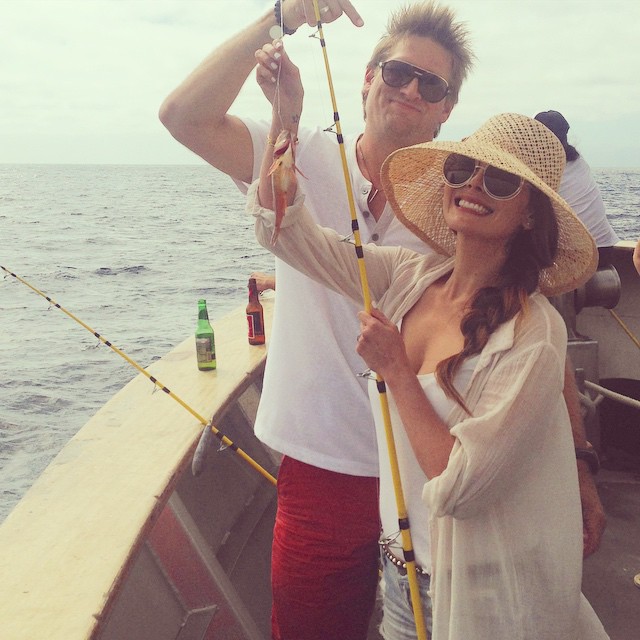 And if the man behind one of LA’s best restaurant thinks a restaurant is bonza—translation: Aussie slang for awesome—enough for his lady, then it’s bonza enough for us. From super spendy sushi to thrifty taco trucks, Curtis Stone talks his favorite date night spots:

West Hollywood, $$$$
Curtis Stone: Before I moved to LA, I hadn’t really had good sushi. I thought I had, but then I got here and I was like, “Oh shit! What have they been giving me all this time? That wasn’t sushi. This is sushi.” One of my favorites is Sushi Park—a great date spot because it’s kind of dive-y but with a great omakase. I don’t know how he manipulates the fish in so many different ways to achieve it but there is real mastery in the seafood preparation. And I love that it is so simple. It’s not cheap. Not that it should be—it’s great fish. But you know, it’s not fancy. As long as you don’t dip the wrong sushi in soy sauce, you’re OK. 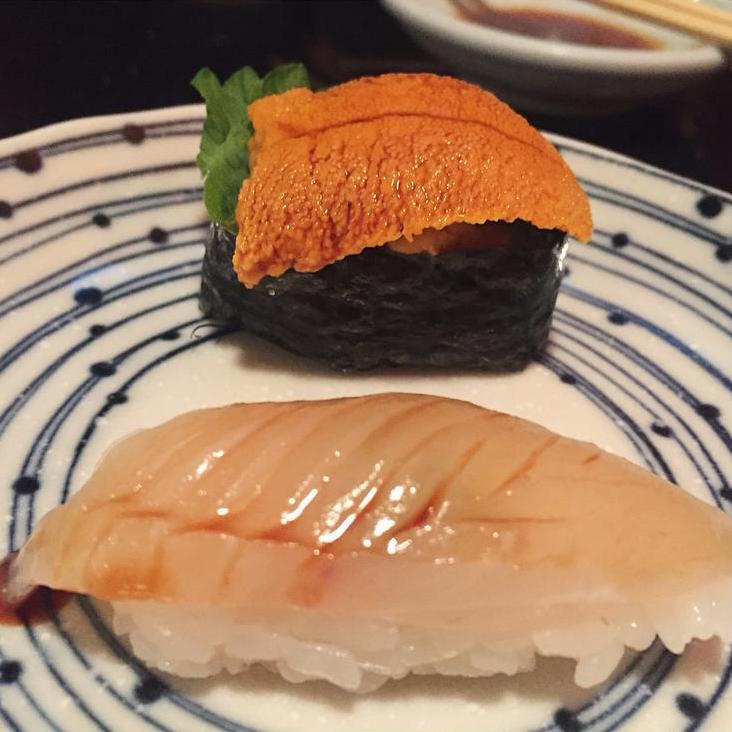 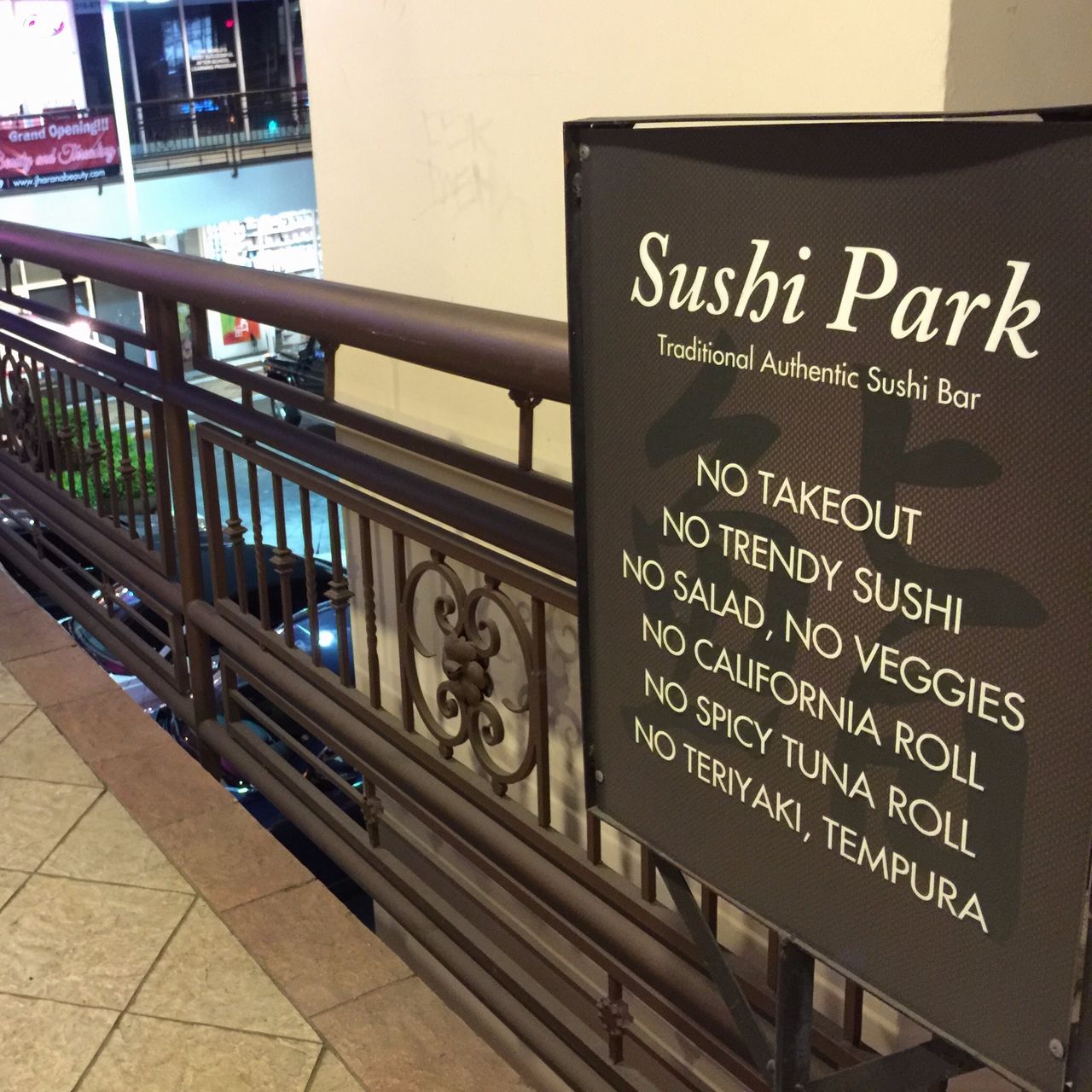 Mid-City, $
CS: When I head down to east LA, I have a few spots I like to stop along the way. One is El Chato taco truck, which has dollar tacos. Carnitas. But know in advance that you’re literally eating out in the street. After a taco truck stop, we like to check out a comedy club, like Upright Citizens Brigade. 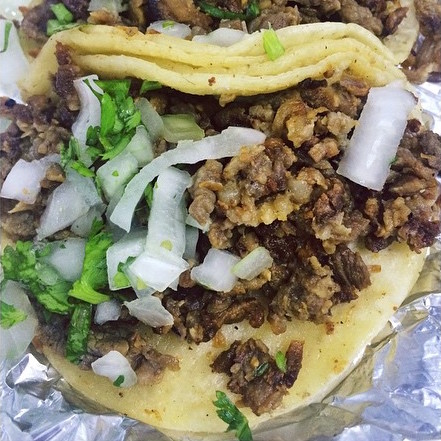 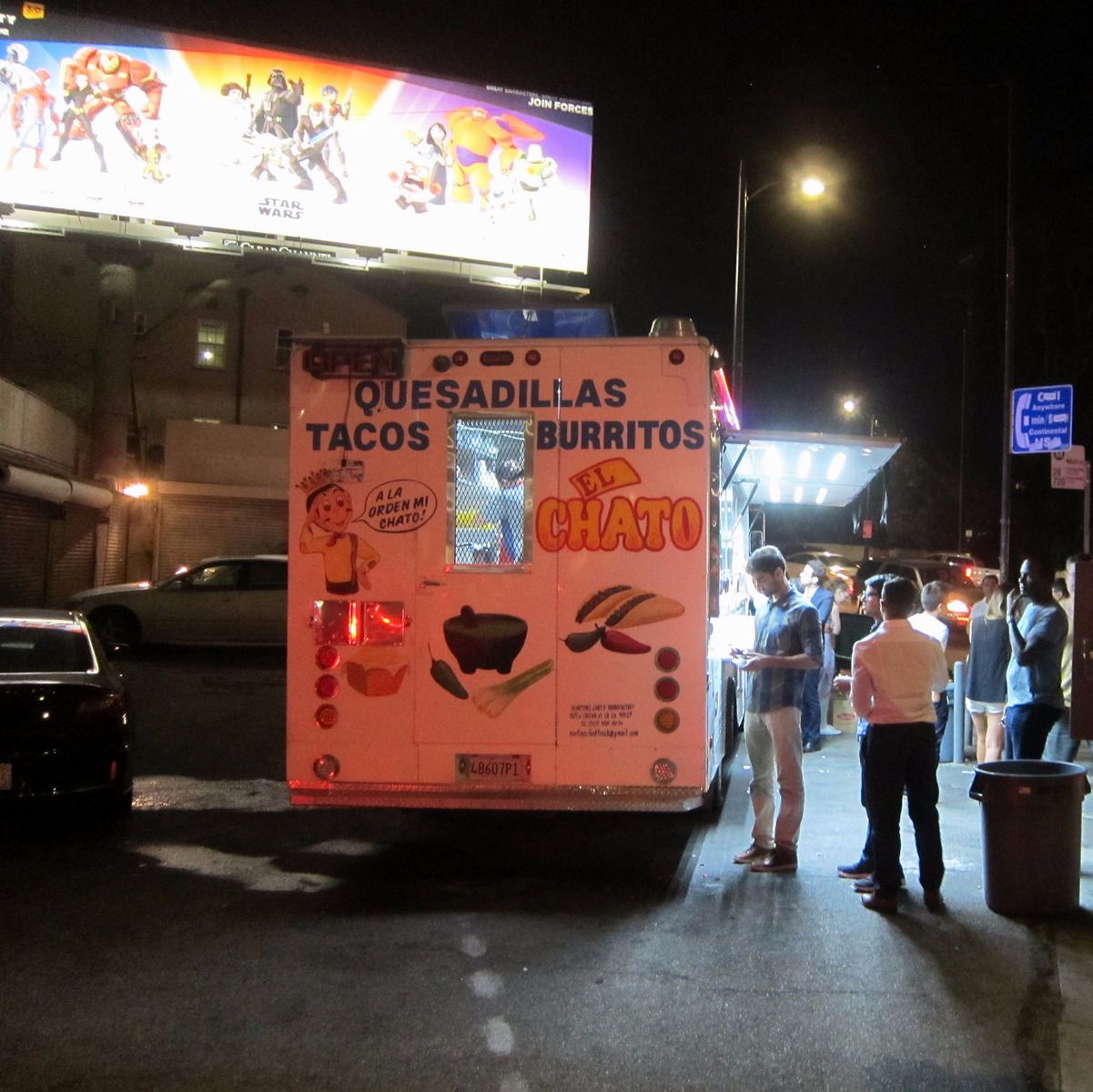 DTLA, $$
CS: Linds is a singer and she’s a piano bar kind of girl. Like Varnish is her vibe— a good spot for drinks and it’s sexy. 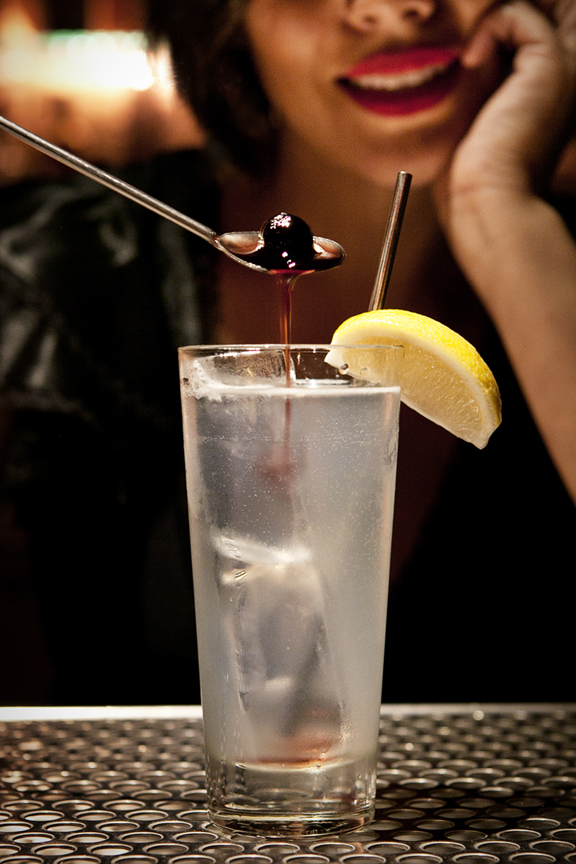 Image courtesy of The Varnish

Hancock Park, $$$
CS: Sometimes I crave a giant piece of meat cooked over a fire, not all the time, but once in awhile when I do, chi SPACCA is where I like to go to for a meaty date. 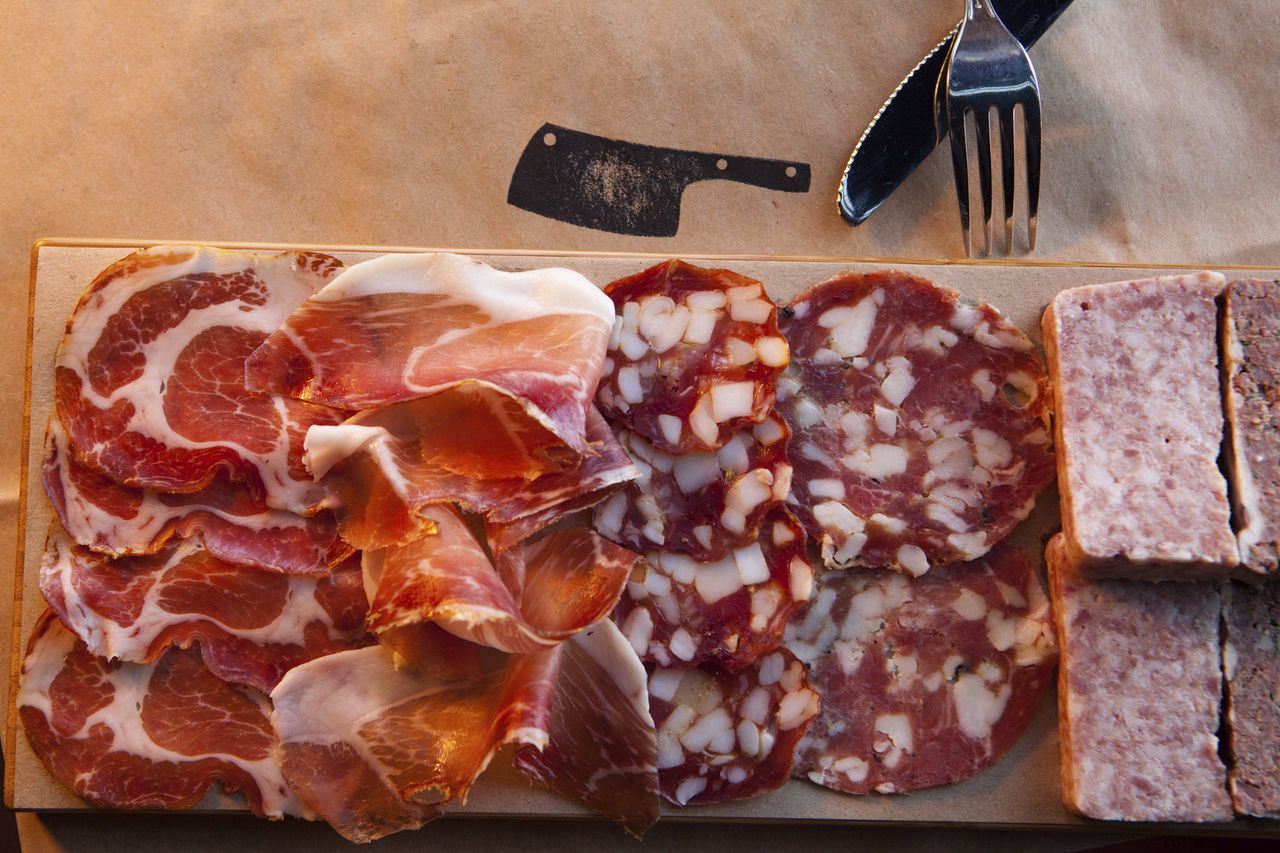 DTLA, $$$
CS: It has a little tasty menu in a tight little spot—a bit like Trois Mec in the way it handles itself. It doesn’t take itself too seriously, in a good way. The food is really delicious. They put a lot of detail into the food. It’s kind of like what we’ve tried to do with Maude. At the start, I was like let’s do fine dining without all the fluff, take out all that bullshit that makes you feel uncomfortable. That stiff service and whatever and even the food, like, there is nothing worse than those little tasting plates of food where you have to wait 45 minutes for it to come out. 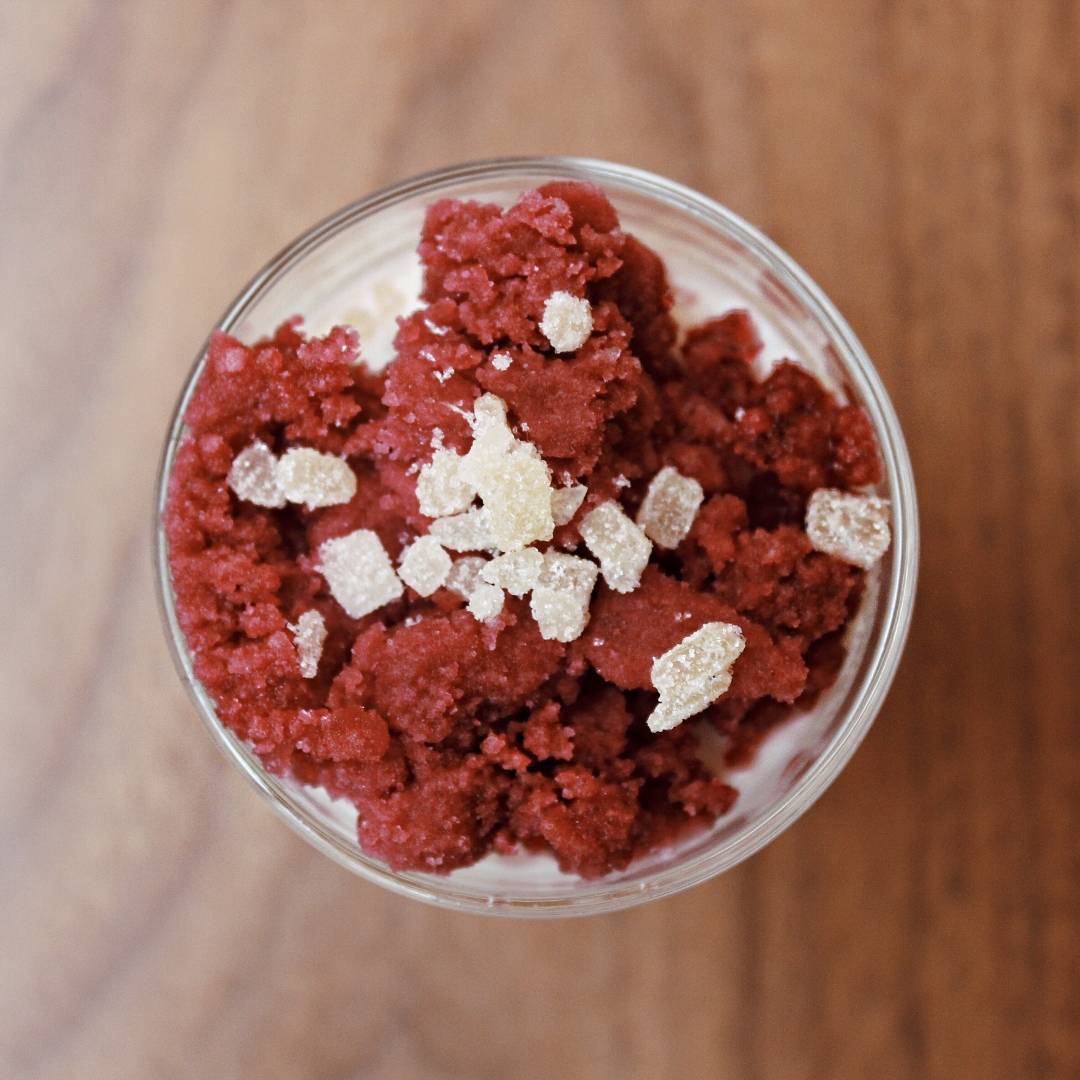 Santa Monica, $$$$
CS: I love Melisse! It doesn’t excuse itself for being formal. And what I didn’t want to do that with Maude, like I mentioned before, it still has elements of that, and that’s OK. Sometimes it’s nice. You know, I don’t want it all the time, but sometimes I want to go and I want to eat custard out of an eggshell. It’s good. They do it right. It’s not too over the top and they’ve got a beautiful wine program. Perfect spot for a big blowout date, like an anniversary. 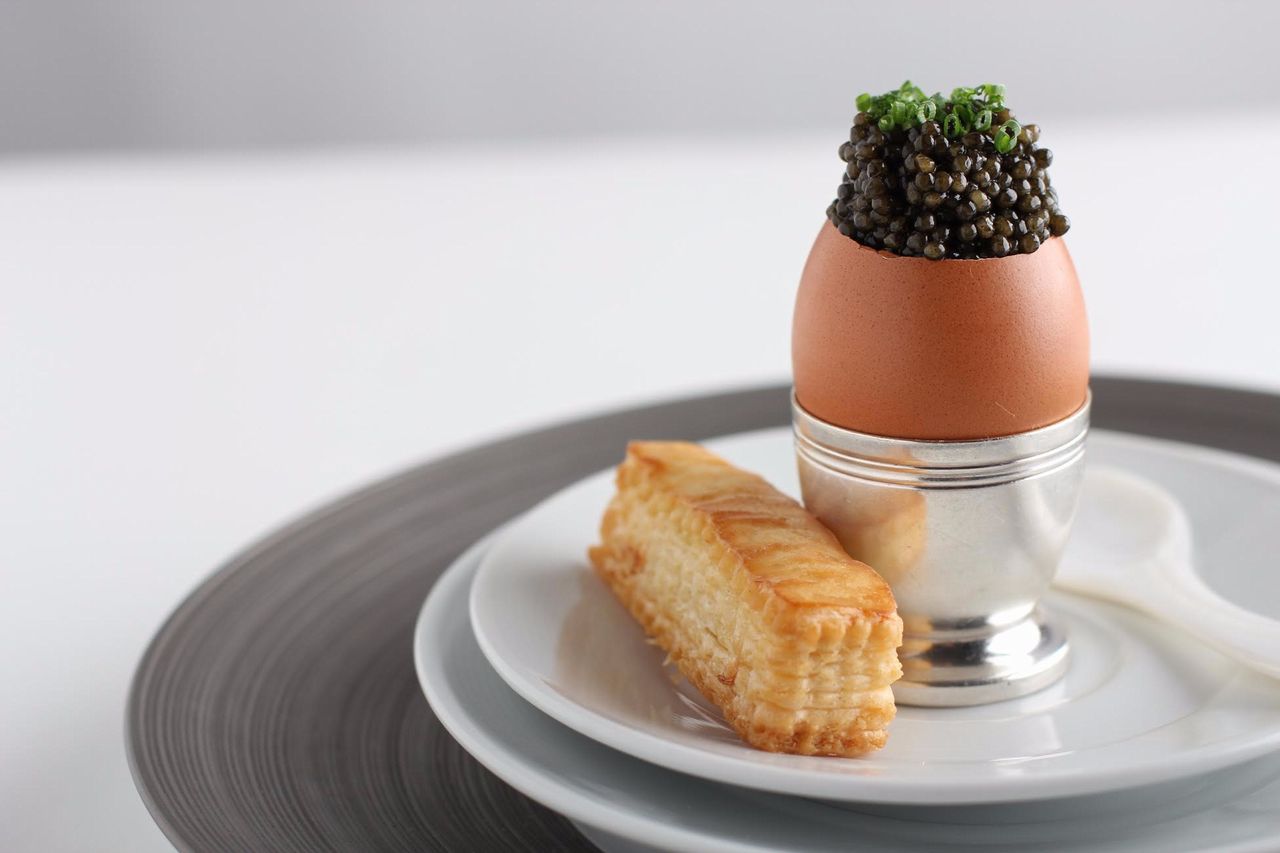 Hollywood, $$$
CS: Brendan Collins [chef/owner of Birch] and I grew up together in the kitchen. We cooked together for seven years at Quo Vadis in London. (I could tell you some funny stories about that guy!) But Birch is great because it reminds me of the things we used to make together. He does these incredible terrines and he still has that kind of sense around a piece of meat… if that doesn’t sound too weird. 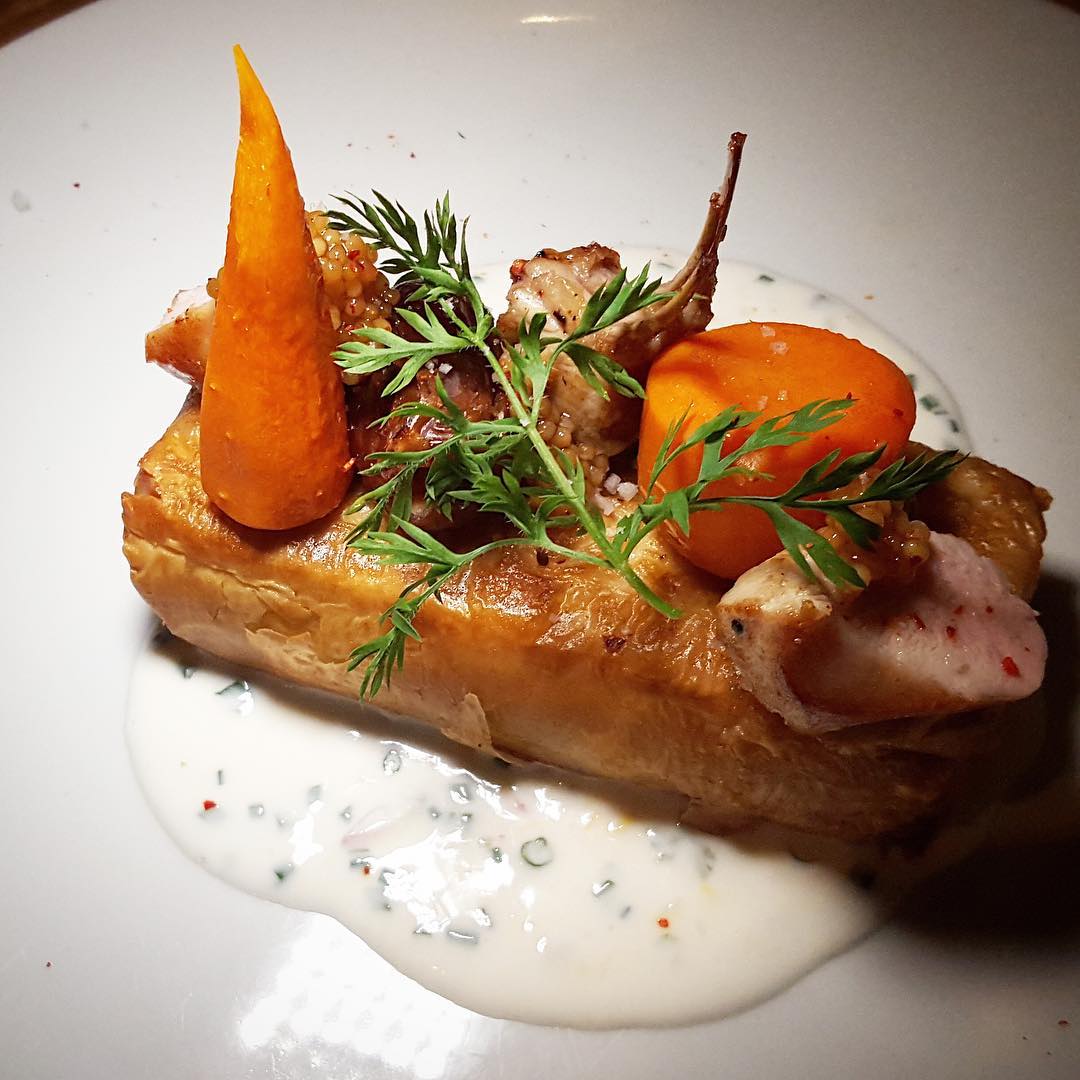 K-Town, $$
CS: My wife is half-Korean, so we go out for Korean sometimes. Black Angus is great. It’s super tacky inside and I’m usually the only non-Korean person in the room, but that’s what I love about it. It’s super authentic. We go there for BBQ and the kids love it. 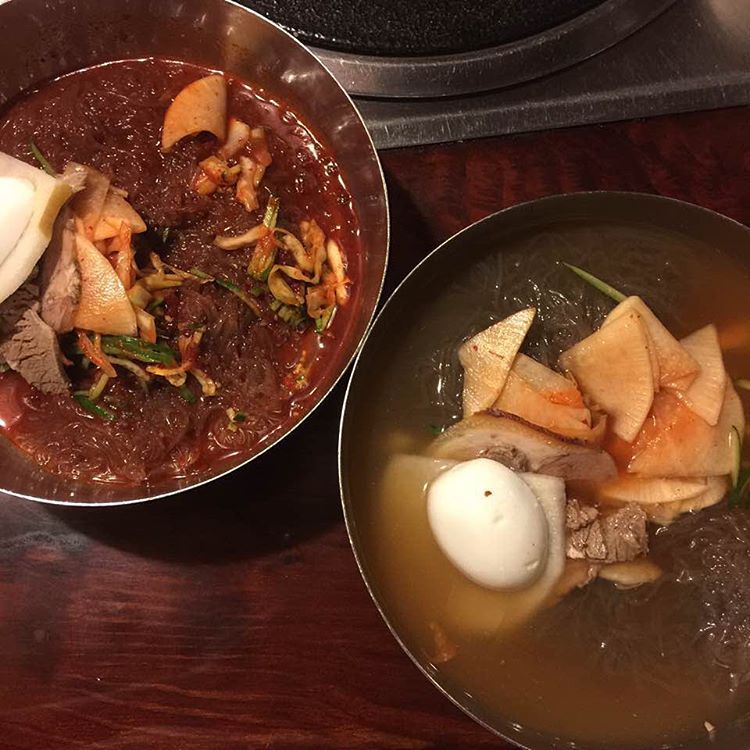 K-Town, $$$
CS: For Korean, I like POT too—it’s Korean food in a more modern way but there is a bit of a retro feeling to the style of cooking there. I go for the noodles. 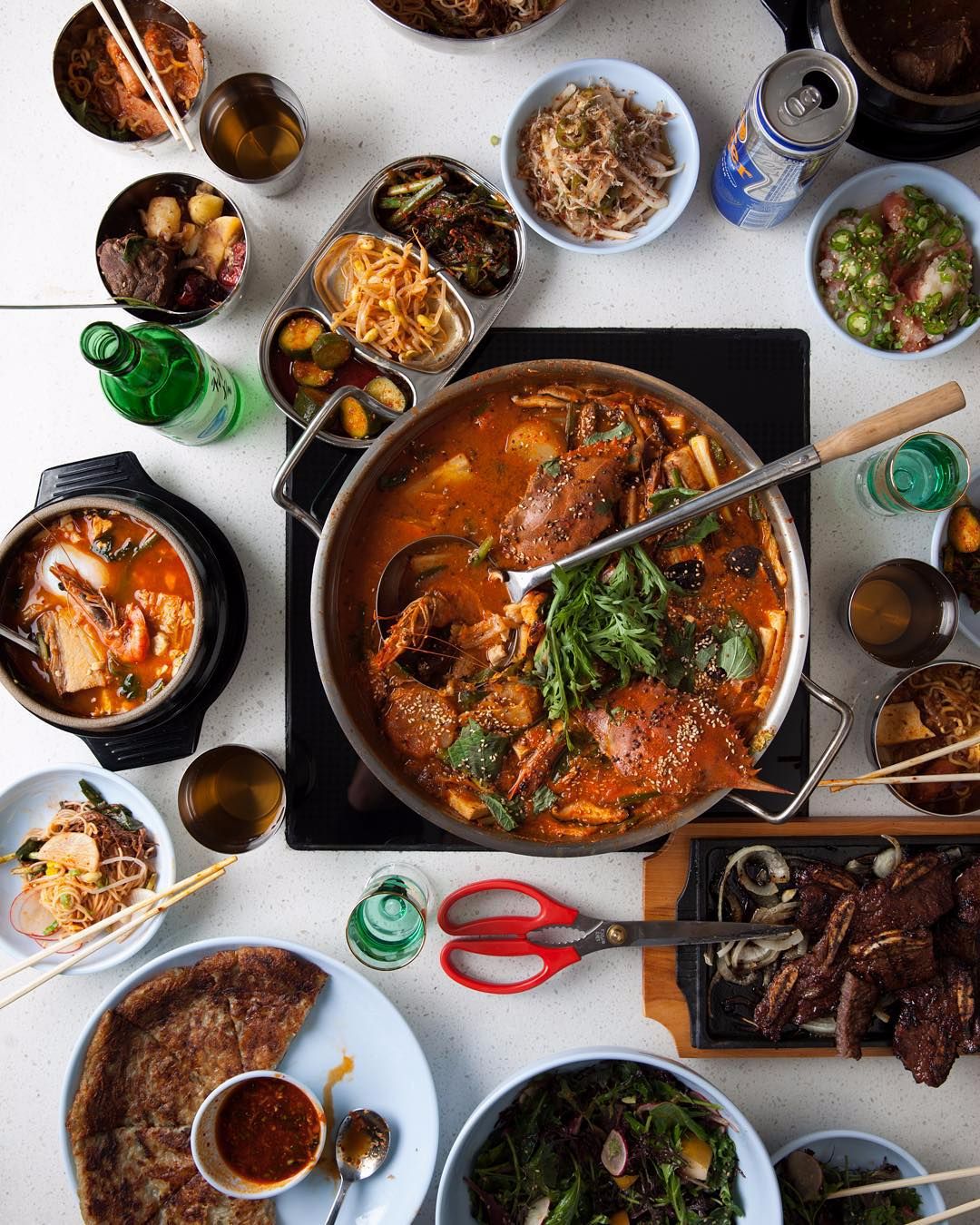 After an all-asparagus dinner at Maude, Lanee Neil now holds strawberry-asparagus as one of her favorite ice cream flavors—right after Baskin-Robbins’ Pink Bubblegum. Follow her next craving @laneelee.

Featured image courtesy of Ray Kachatorian
For date ideas beyond eating, check out: 11 Date Ideas Inspired by Her Dating Profile