Least Fratty Cocktail Crawl in LA: Broadway and Beyond

If you mentioned going out after dark in Downtown LA to a local 10 years ago, they’d advise you otherwise. If you sought craft cocktails, you went to West Hollywood or Beverly Hills.
Cut to now—when Downtown new restaurants and bars sprout up every single week. Not only have we given birth to glorified cocktails like the English Milk Punch at Faith & Flower and the always-great Dealer’s Choice at The Varnish, but the elevated watering holes' proximity makes it easy to hit tons in a single night. To accomplish a good and proper cocktail crawl Downtown, just head straight down Broadway and prepare for a few quick off-road detours.
We needed a trustworthy palette along for the ride, so Dee Ann Quinones (who has done time at Enterprise Fish Company, Momofuku, and even launched the beverage program at Westbound)—kindly agreed to lead us on the crawl. It was boozy. It was classy. It was also raining. 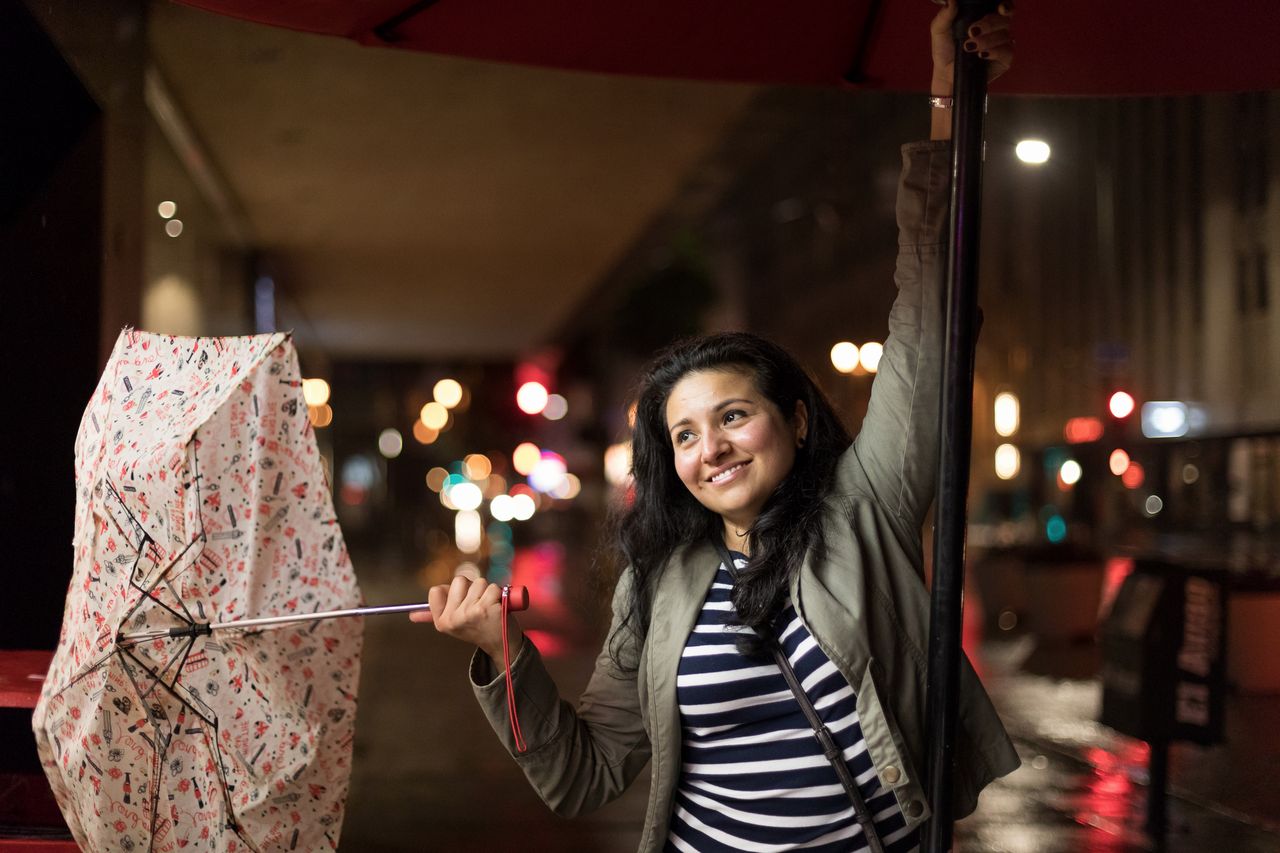 The rain has nothing on bartender, Dee Ann Quinones

The beverage programs on Broadway alone provide a pleasantly diverse range of flavors, techniques and atmosphere. We sipped our way through new spins on old classics, in new settings decorated like old settings, and in the case of Clifton's Republic: an old setting designed like a new setting. We also stopped for tacos.
Here's how it went down:
Get Citizine Updates Here 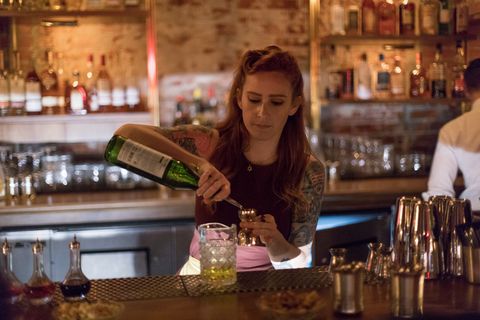 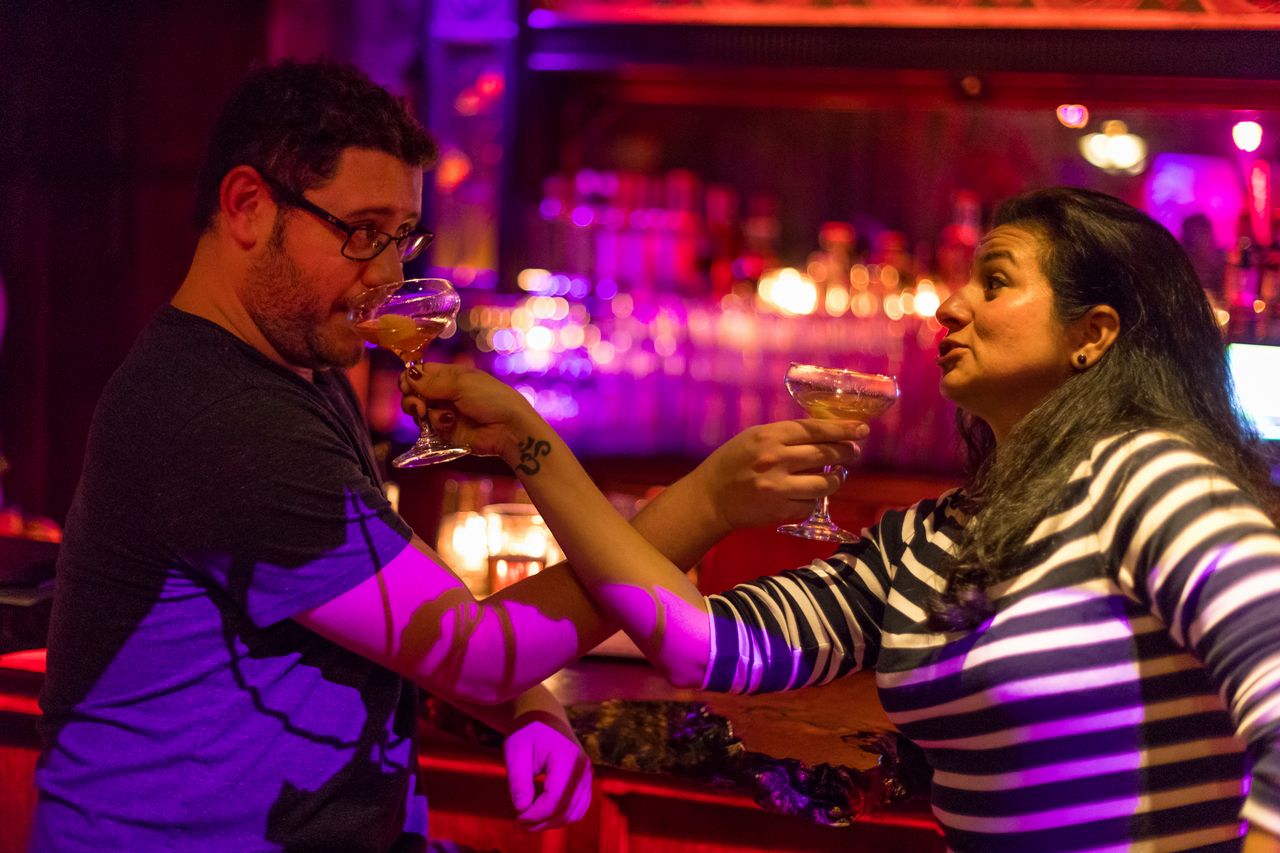 This weird toast at Clifton's was totally Dee's idea

Broadway, $$
A 50s-themed bar with a secret entrance? It might be easy to write Birds & Bees off as a place that’s trying too hard, but the minute you step inside, you’ll see how wrong you are. The secret entrance is far from showy and gimmicky. The decor is is perfect and minimalist. The space is huge and designed around people relaxing with cocktails -- not getting smashed. The whole operation is classy as hell, and when you throw in a bar program helmed by Bethany Ham, you have yourself an outstanding cocktail spot. Her El Diablo (mezcal, ginger, lime, and house cassis) is a knockout, as is her Ella Fitzgerald (gin, dry vermouth, pickle juice, and Fino sherry). Check Birds & Bees out before it gets so popular you can’t even get in. 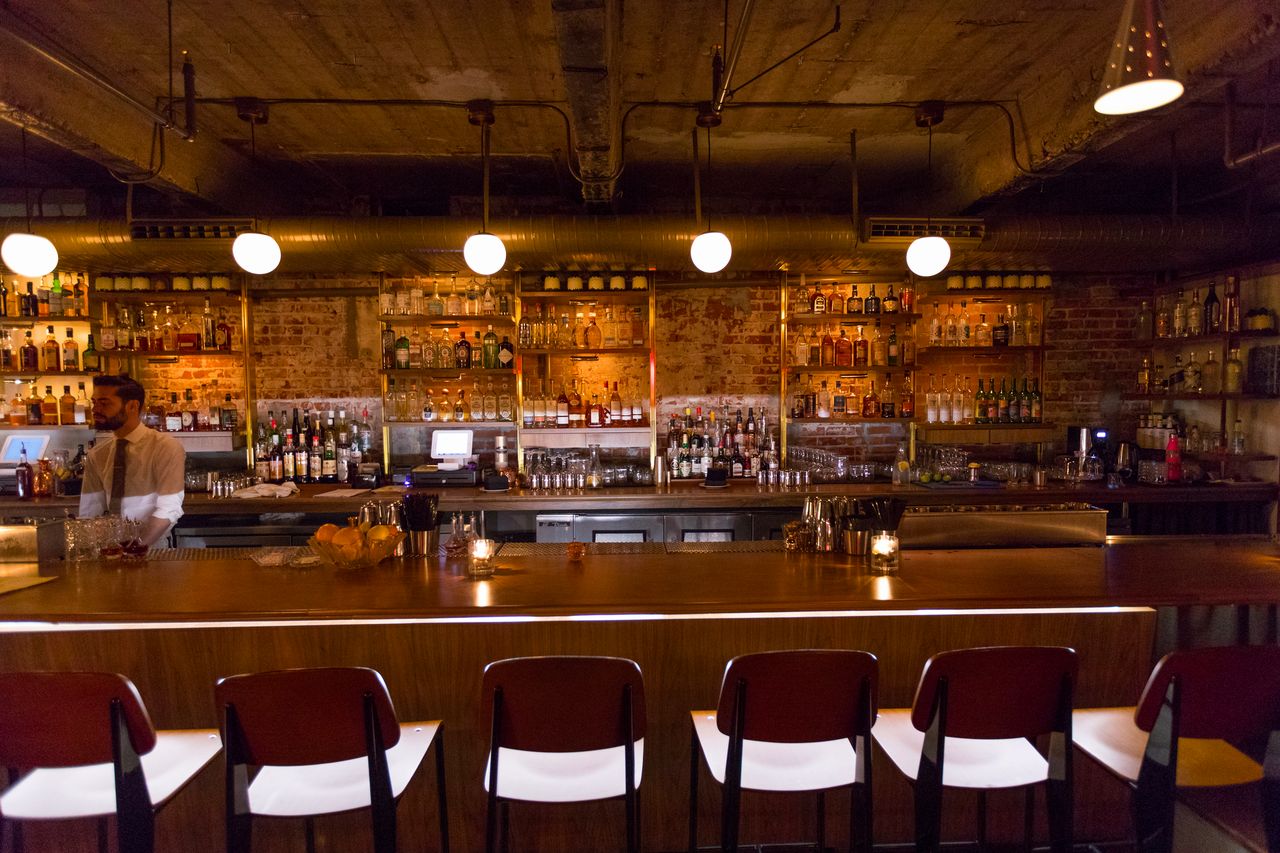 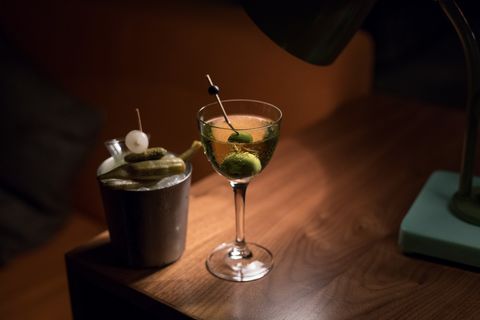 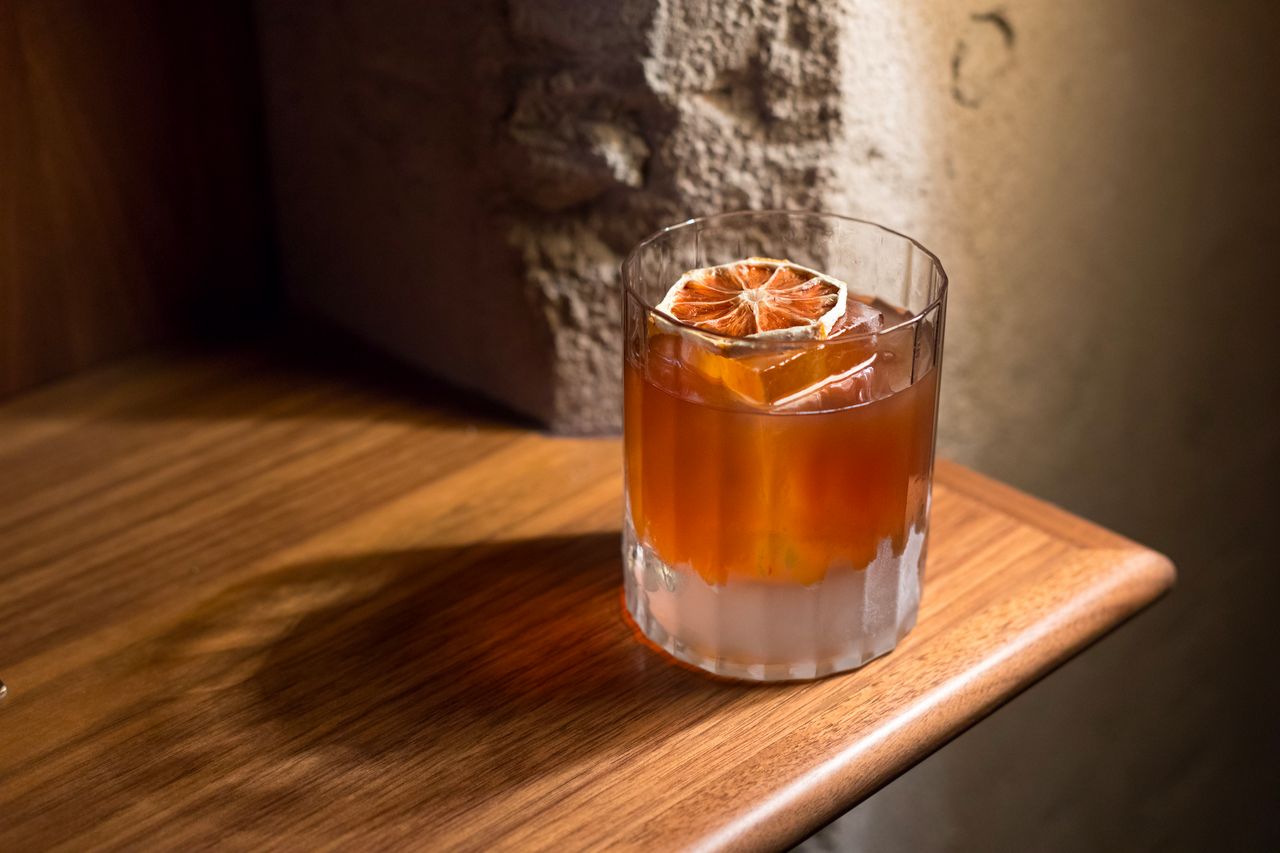 Broadway, $$
There’s a lot going on at Bar Clacson, just a few doors down from Grand Central Market. It’s the kind of place where you can grab a casual beer with some friends, or a date spot where you can get some house-made charcuterie and craft cocktails, or a place to grab a coffee, or play some foosball, a place to grab a panini, and even a place to play pétanque (like bocce, but, uh, different for some reason). Bar Clacson is weird and fun, in all the right, refreshing ways. The Garibaldi (Rye whiskey, Campari, fresh lime juice, sugar, and not-quite frozen grapes) is a must-order. And turns out, pétanque gets easier with every sip. 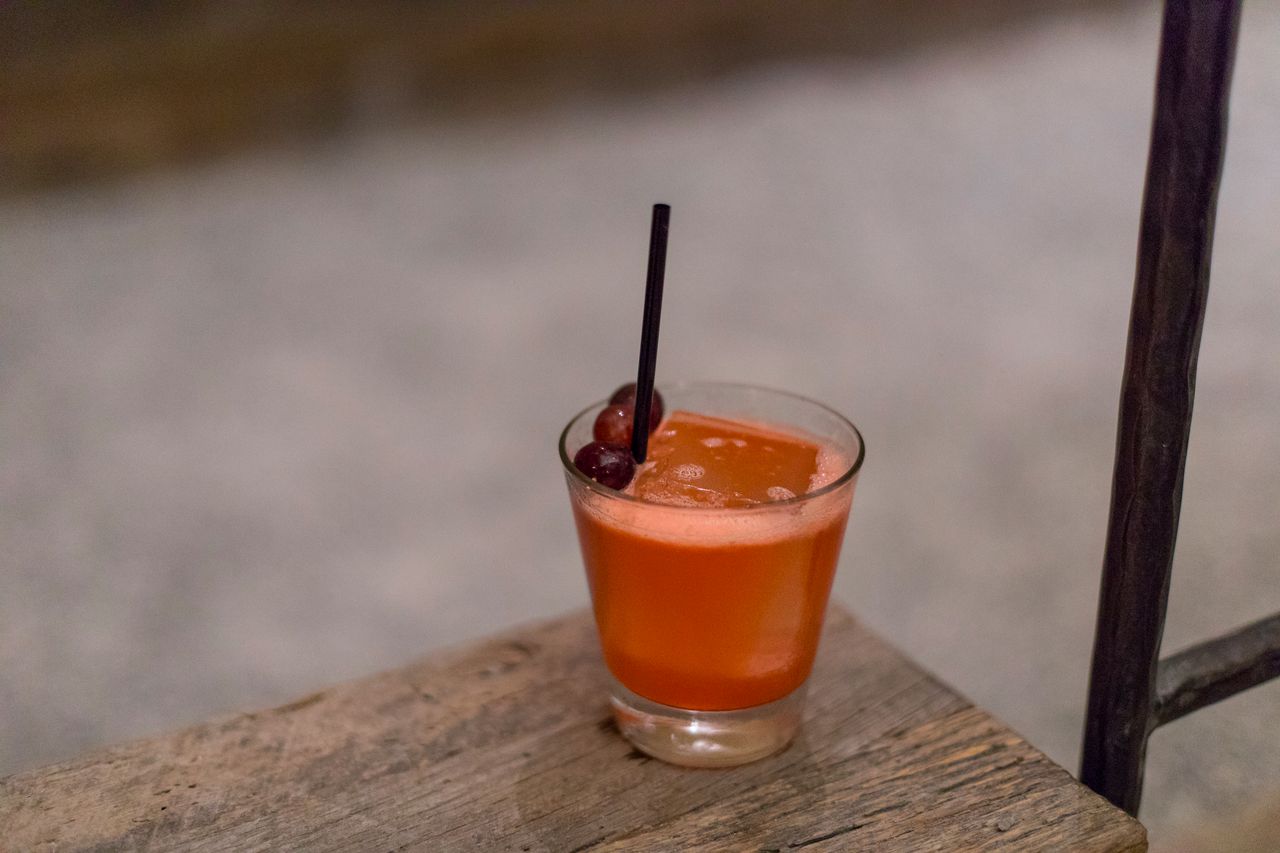 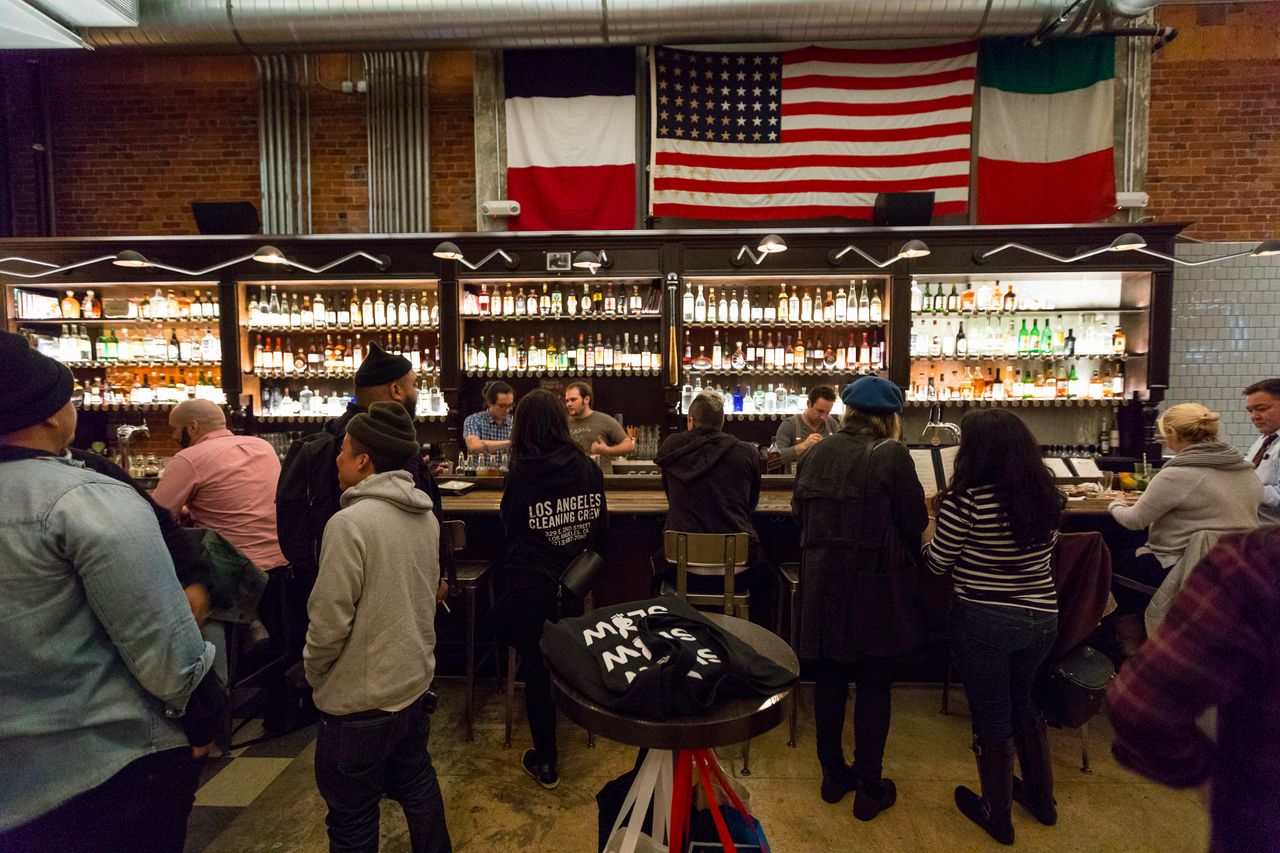 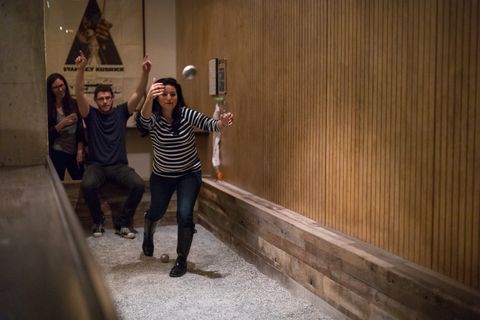 After That: Clifton's Republic

Broadway, $$
If there is a place that embodies LA better than Clifton’s, you’ve got some explaining to do. The place has been around for 80+ years, but millions of dollars later, it’s one of Downtown’s oddest and most exciting places to be. You’ll find four bars inside Clifton’s alone (with more rumored to be on the way): The Monarch, The Brookdale, Gothic Bar, and Pacific Seas. We hit the California-themed Monarch to sit beneath the giant tree and get up in their “Golden Globe”, with Bacardi, yellow Chartreuse, lime, pineapple, and orgeat syrup. 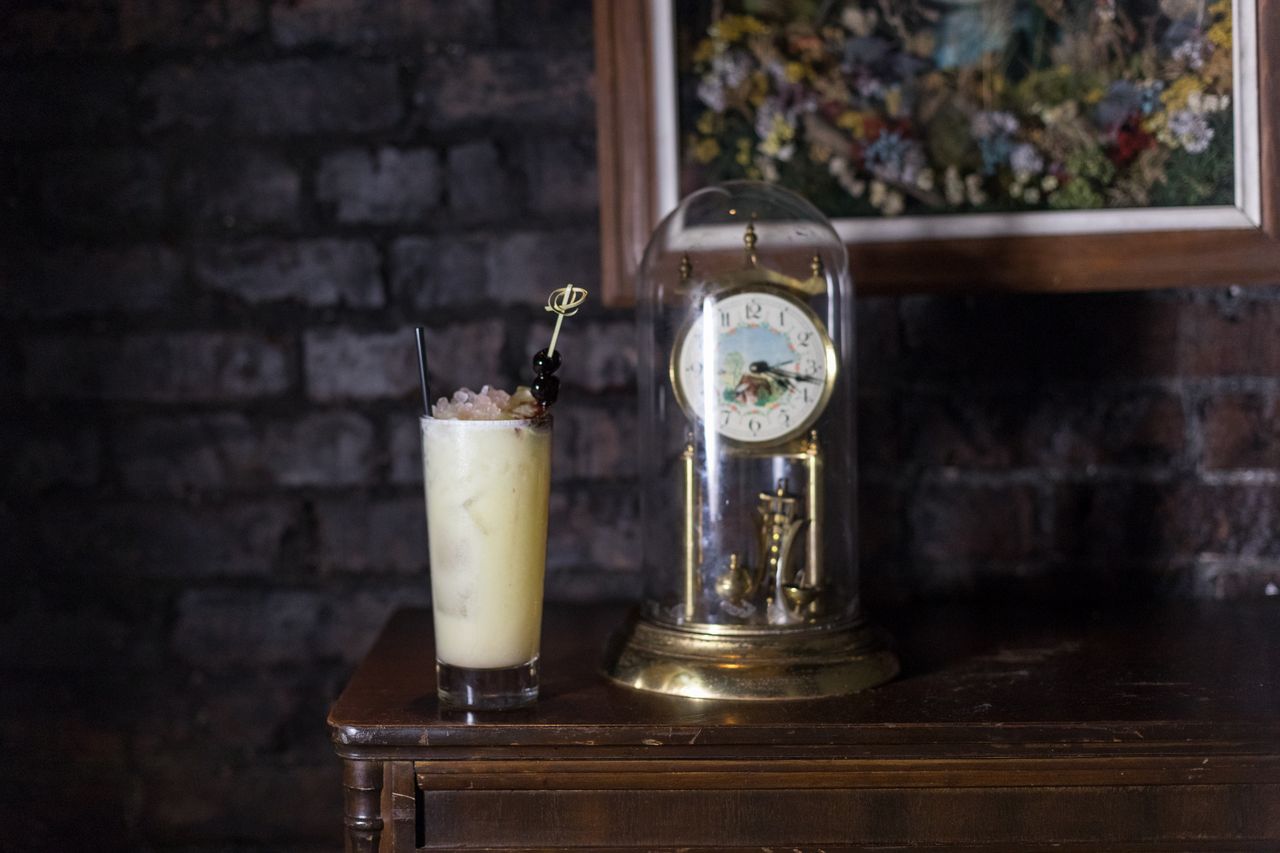 The Golden Globe from The Monarch at Clifton's Republic 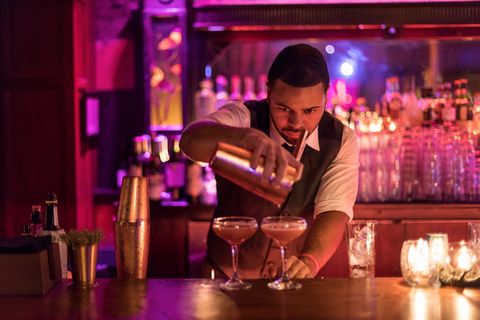 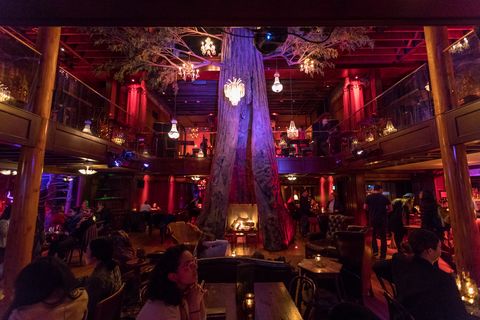 Broadway, $
Tacos Mexico is open 24/7 and it’s right next to the Ace Hotel. Any other questions? 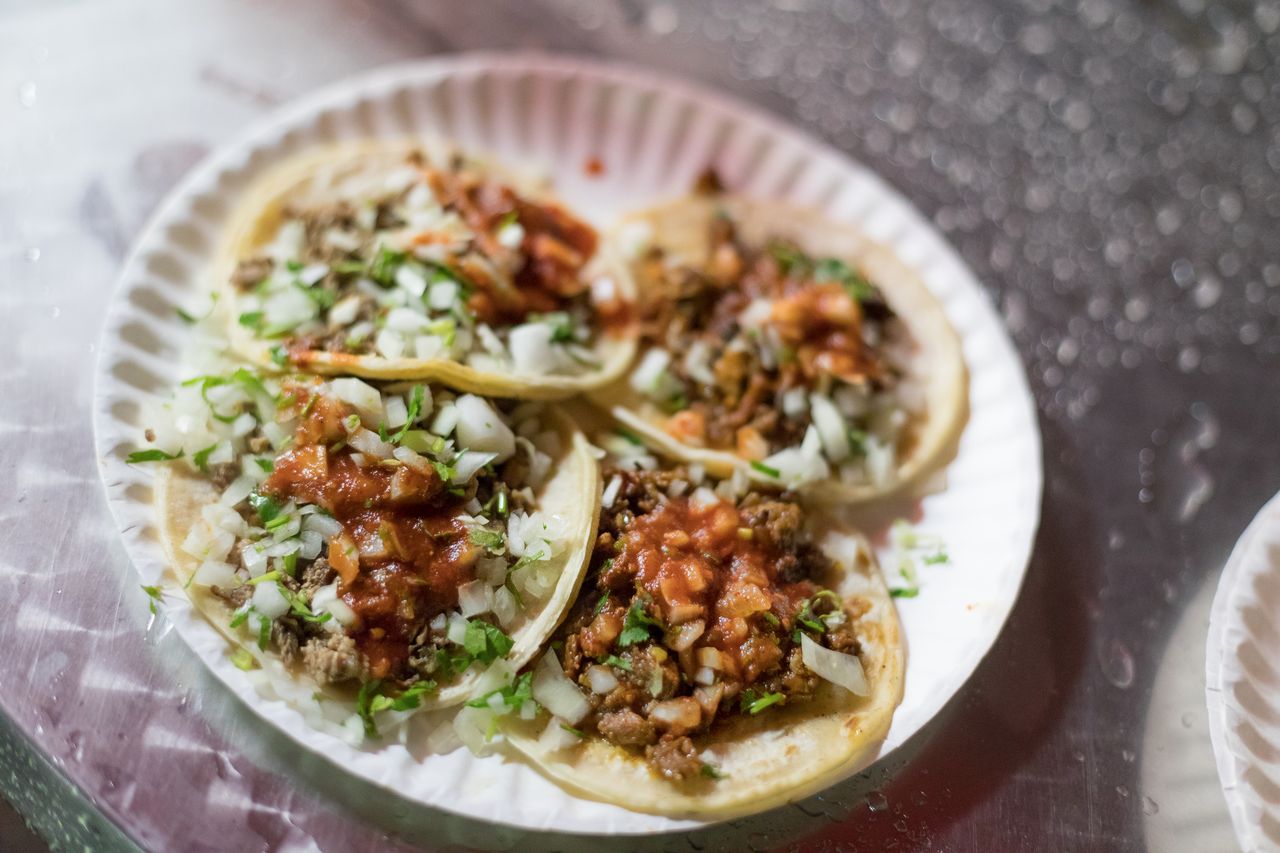 Onward to the: Ace Hotel

Broadway, $$
If Clifton’s embodies LA’s past, the Ace embodies LA’s future. It’s ultra trendy, ultra sexy, and (though the rain stopped us from fully taking advantage) it has one of the best rooftop bars in the city. We buckled down at the intimate upstairs bar for some classic G&Ts and revamped takes on other classic cocktails, like their Midori Sour with Aylesbury vodka, Midori, green chartreuse, honey, egg white, and green tea tincture. Justin Vernon mentions, the Ace on the newest Bon Iver album, so you know it’s hip. 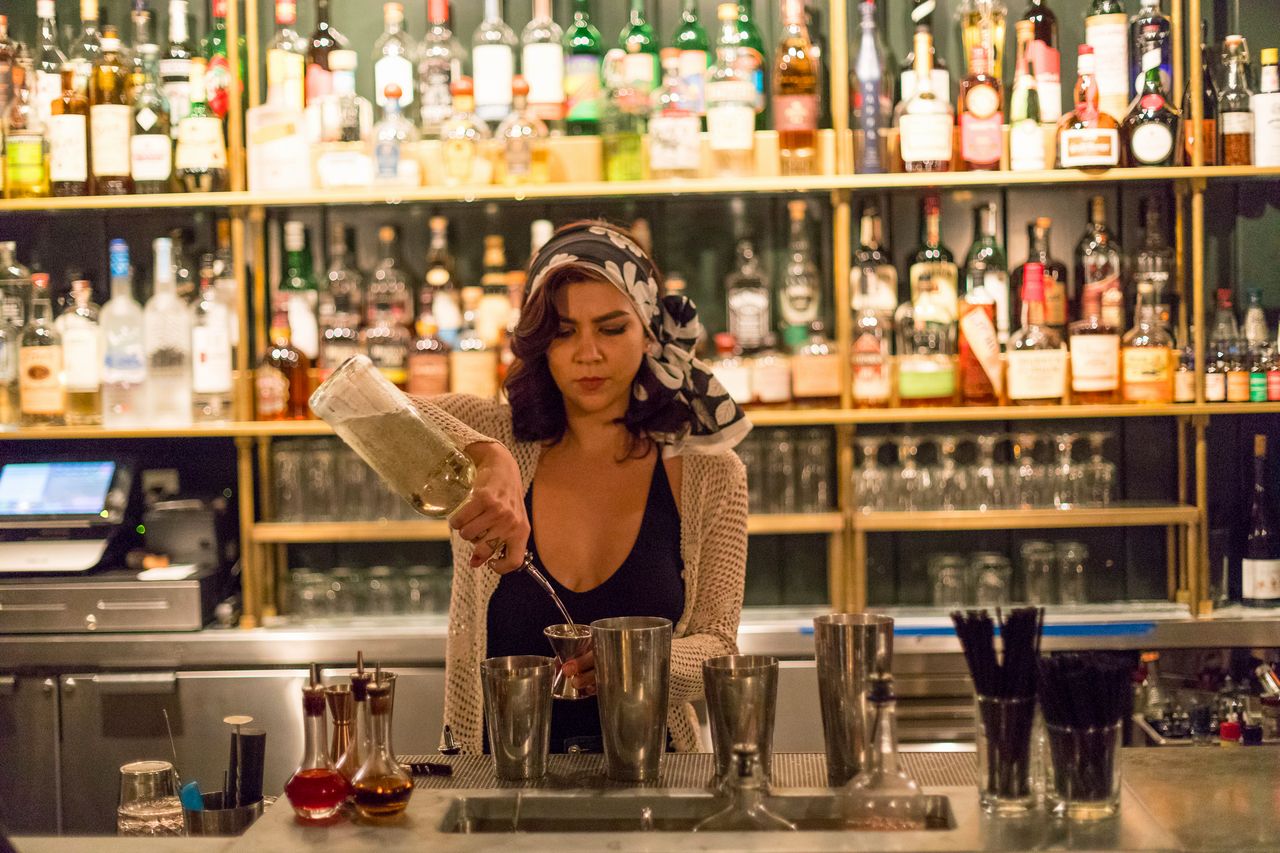 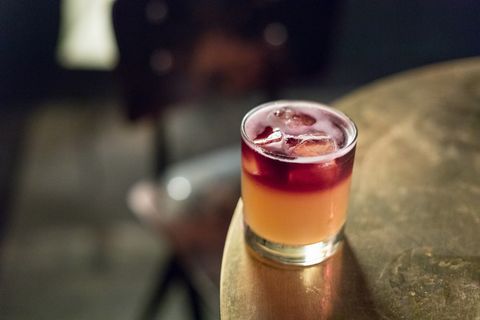 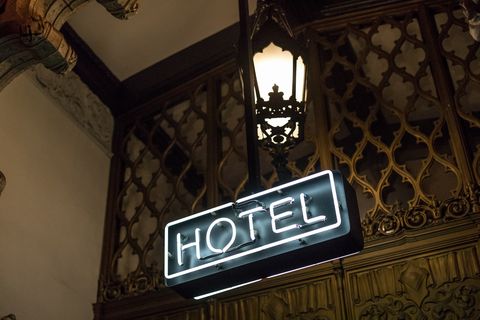 E 3rd, $$
No matter how big and popular LA is, you'll never stop stumbling upon hidden gems. Manuela is one of those places. Hidden in the back of Hauser Wirth & Schimmel, the place is nothing short of stunning. The menu might be shamelessly trendy but the atmosphere is impossible to top, and Manuela is worthy of any DTLA/Arts District crawl. If you can find space at the bar, make sure to try the Nightshade (Ixa tequila, tomato, yellow bell pepper, heat, lemon), or a couple of Lavender Sours (gin, lavender sugar, egg white and lemon). 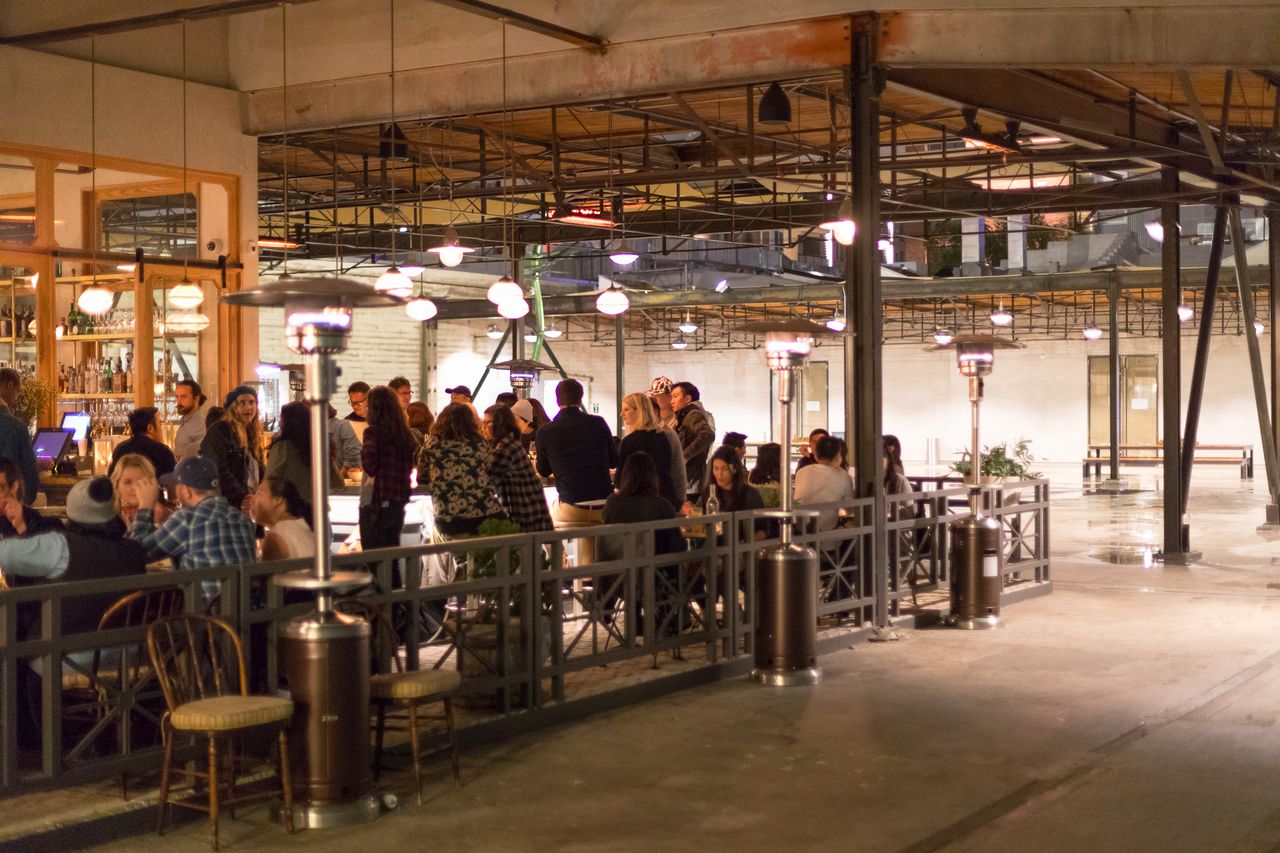 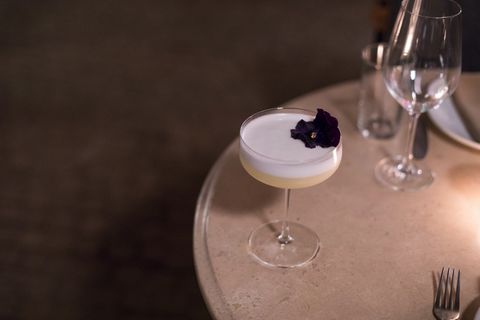 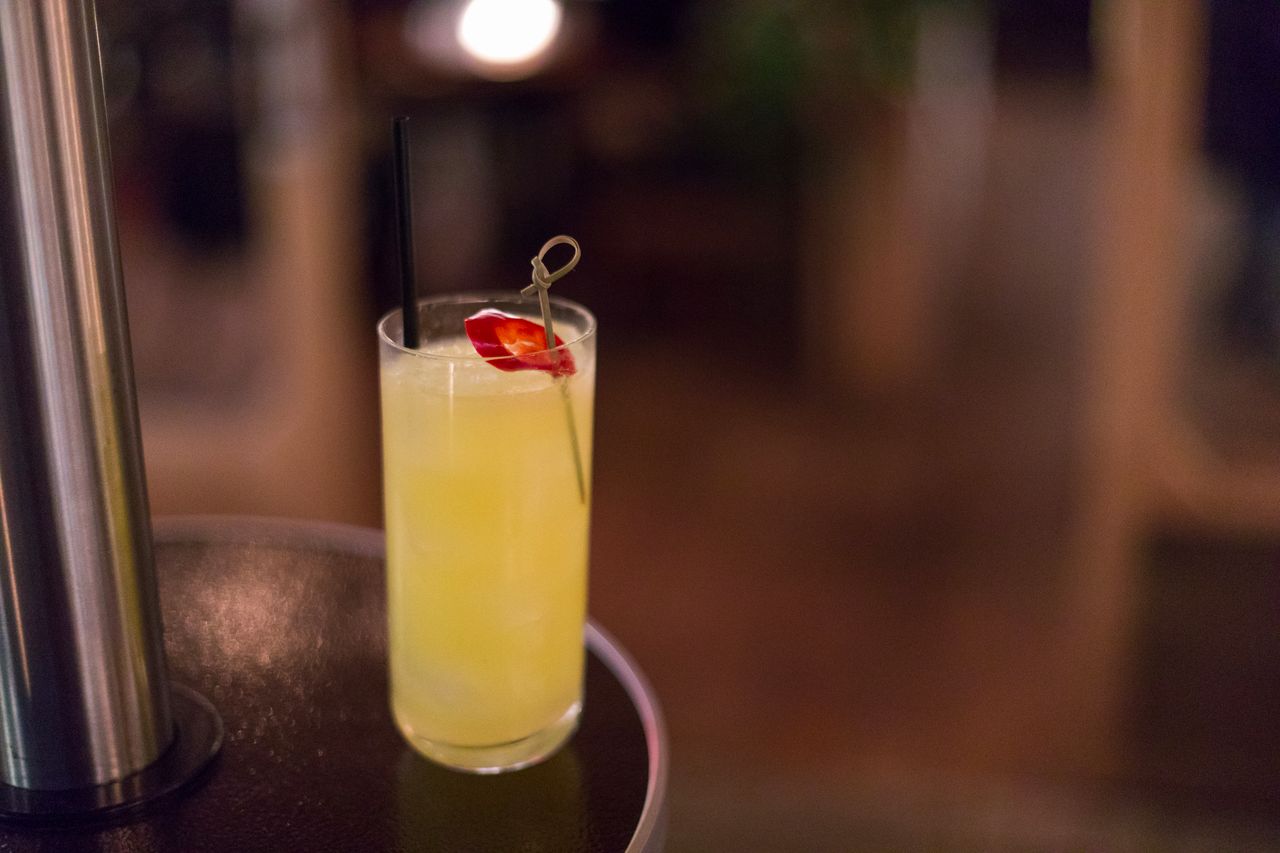 Santa Fe, $$
What better place to end than at the cocktail program Dee launched? Westbound is one of the Arts District’s best: a cozy, welcoming spot hidden on Sante Fe. The prices on the menu might scare you at first, but keep in mind that tax and tip are included. Though the current menu is designed by the new bar manager, it seemed wrong to skip it. Westbound is also armed with an impressive menu of plates, care of Chef Taylor Persh (her burger is one LA’s best). Sometimes after a cocktail crawl, you just need to destroy a cheese plate. Ya know? 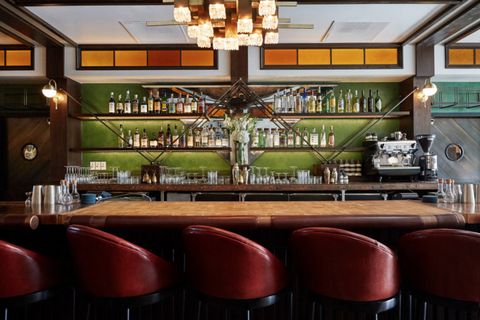 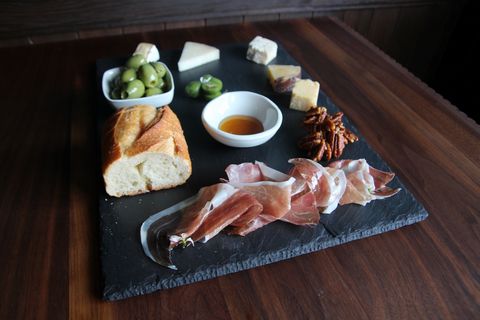 The lifesaving cheese board

Wilder Shaw is an LA-based writer who is very impressed with himself for making it through a six-bar cocktail crawl alive. Check up on his slowly-dying liver on Instagram and Twitter.
Featured image of Birds & Bees "Doris Day" cocktail