The laminated postcard advertised something called “Coachella,” featuring artists like: The Chemical Brothers, Morrissey and Beck. It was October 1999, the millennium was winding down, my ears were ringing from I-can’t-remember-who, lightheaded from who-knows-what, and beneath the lights of The Fonda Theatre's marquee, I had been handed a flier about Coachella. In a few days time, just outside of Palm Springs, the festival we all know and hate-love would soon be born, and I would be there.
The inaugural event was sparsely populated, ignored by the media and a financial disaster. But it didn’t take long before line-ups expanded, attendance mushroomed, ticket prices ballooned and my fanatical devotion to this desert festival transformed into annual pilgrimages AKA the ‘real’ most wonderful time of the year.
From the dervish-like whirling to Fatboy Slim in 2001, the illicit alchemy-inspired apparitions of Radiohead in 2004, The Jesus and Mary Chain feat. Scarlett Johansson in 2007, and Tupac’s resurrection in 2012 I became a devotee of the rock ‘n’ roll celebration that became synonymous with the underdressed, the overserved and the heaviest names in alternative, metal, rap, hip hop, electronica and EDM.
Whether you’re a neophyte, acolyte or veteran crusader, find wisdom in a few hard-earned insights I call my Coachella commandments:
Get Citizine Updates Here 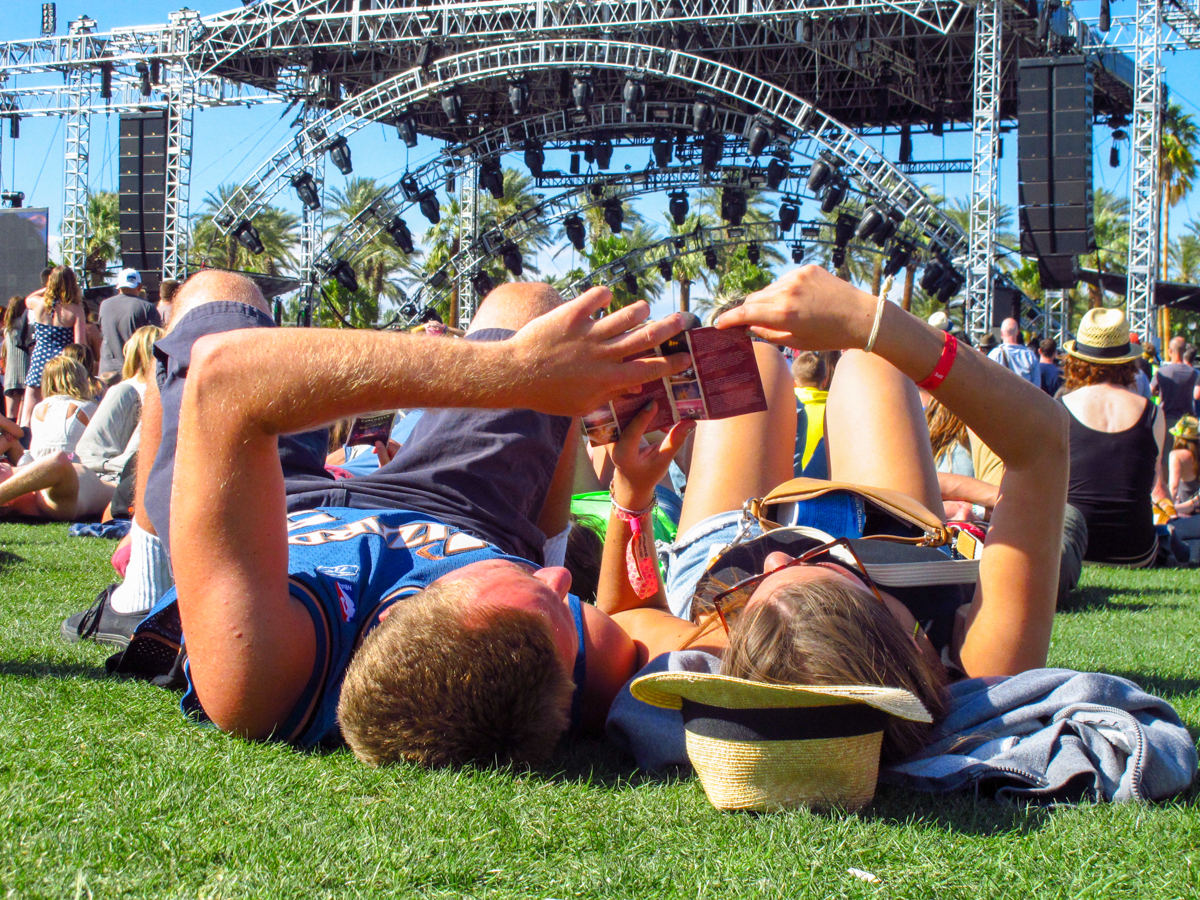 At Coachella, rays are for the taking. 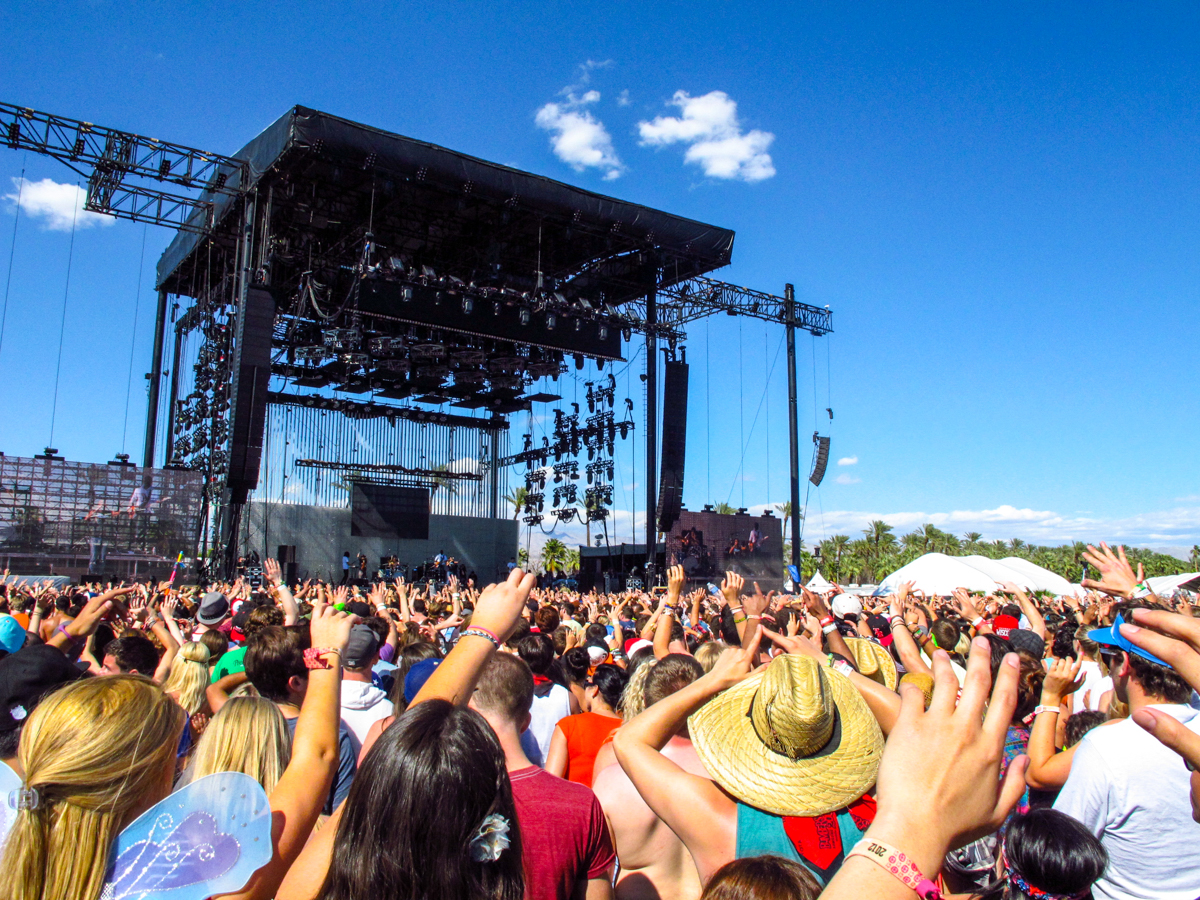 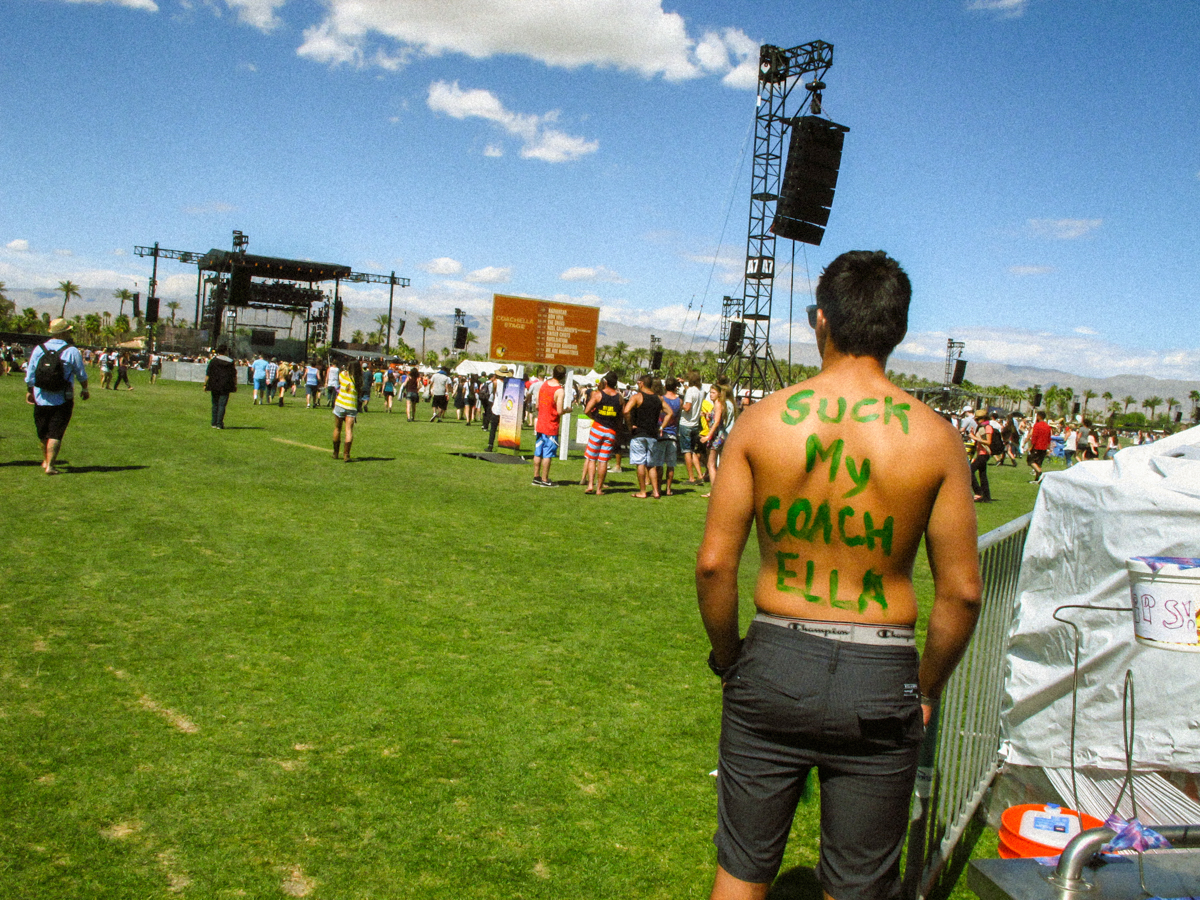 Didn’t have the cool $K to sponsor your three-day odyssey? No big whoop. Coachella and Creativity both start with ‘C’ and there are many ways to skin a Cat. Brands pony up millions to get in on the action, and if you’re lacking that corporate comrade, offer to be their social media liaison or photographer. Vendors of all varieties work the festival’s insides and outsides as food servers, shuttle coordinators and water jockeys and will often trade a pass for payment. This could be you. Or maybe you’re more the artist type. That art strewn across the polo grounds? It’s built by volunteers in exchange for a free ride to the fest.

There’s no better predictor of becoming that guy, than forgoing hydration and sustenance. It’s also the perfect way to pace. When your mouth’s busy sucking on a frozen lemonade or chowing down a fried chicken sandwich from Birdies, it won’t be ingesting ‘those things’ that lead to this. This year, the food lineup is so good, Goldenvoice should consider rebranding to The Coachella Valley Music, Arts and Food Festival. Standout culinary contributors include: The NOMAD, Erven, Mamacita, Fat Dragon, Wolf,  Winsome, Mainland Poke Shop, POT, Kogi BBQ, Sunny Blue, Sumo Dog, Backyard Bowls, The Venue and oh so many more.

Also key for avoiding No-chella. But where? How? Got the dough and foresight to score that five-bedroom Palm Desert estate or know someone that does? Kudos! That Jacuzzi feels mighty nice come the wee small hours. If you’re not that posh, the all-night party in ‘Tent Town’ is a Coachella can’t miss, with or without your camping pass. If you plan on staying at a hotel, pick wisely, as many clamp down on after-hour revelry and unaccounted for slumbering stowaways. 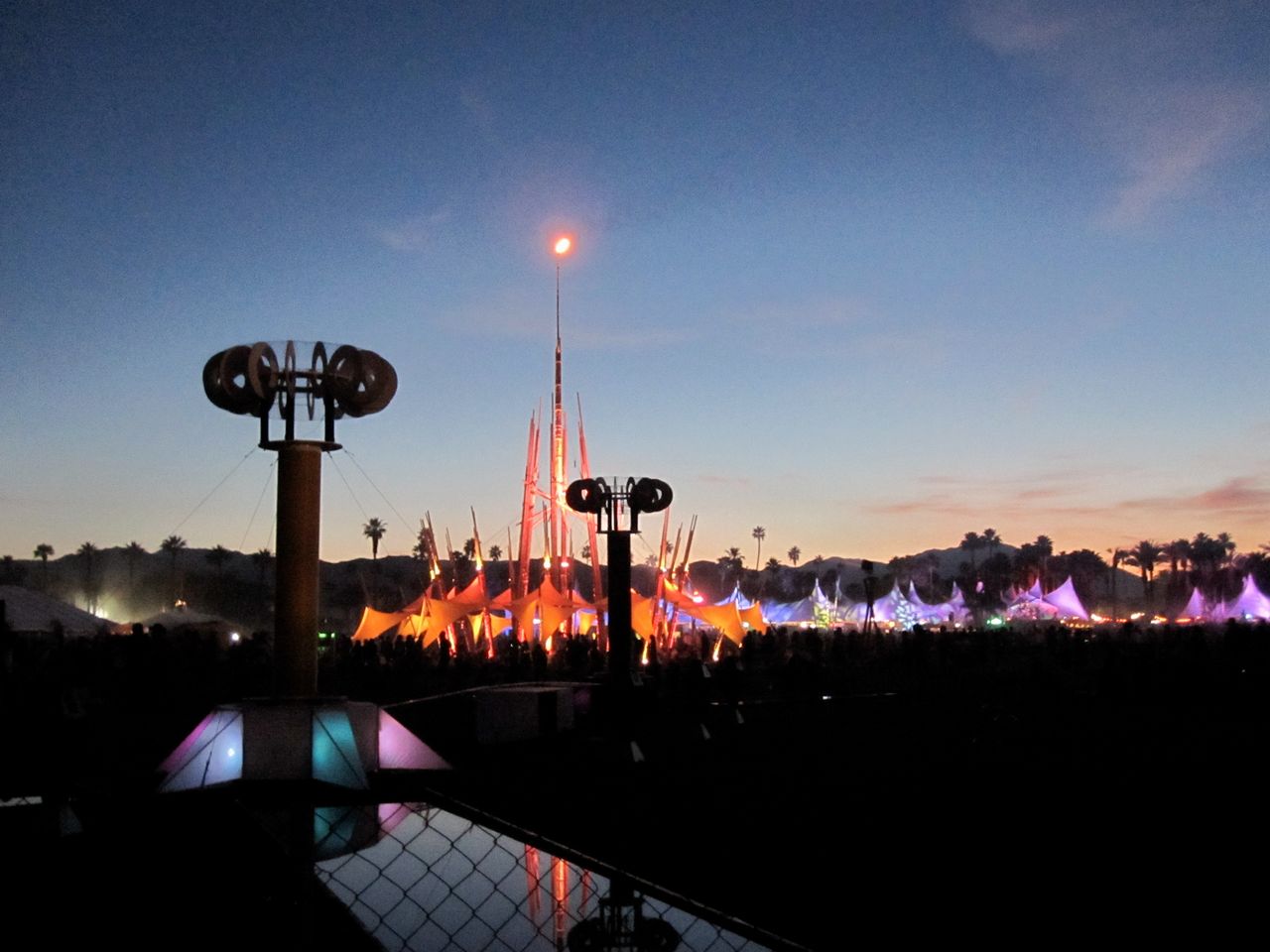 Who you go with is nearly as important as going at all. Does your part-time friend have a ticket for you? Do they have a place for you to crash? Then congratulations, you’re bro-chellas fo-ever. Aside from these unicorns, though, Coachella is a black diamond slalom off the top in music festival form, and if your pals aren’t down for the ride, don’t force ‘em down the hill. Or else you’ll be the one babysitting when they remember how much they dislike crowds, fracture their liver or forget their sunscreen. Don’t have friends? Find some there. In 2011, I broke free like Justin from *NSYNC, and Coachella was my oyster. It’s revelatory how many bands you can catch, dances you can dance and unexpected connections you can make when you’re not lollygagging for thirty while your friends search for the perfect Porta-Potty.

Schmee-parties! If you’re in it for the Instagram, have at it. Just make sure you RSVP’d in March and get in line early. Personally, I am of the belief that attending Coachella pre-parties is like going to a steakhouse and filling up on bread before your Porterhouse arrives.

You want to squeeze the most from your Coachella experience and your new favorite band goes on at 1:15 pm in the Mojave tent? If you’re staying off-campus, forget about it. You’ll make your soon-to-be former friends hate you and sprain a synapse rushing to the grounds to see said band’s forty-minute set. Save some Z’s and see them at the Troubadour in May. All that said, some of the best sets and exhilarating scenes happen during daylight. So look out for when under-the-radar names like Skepta, Banks and Sofi Tukker go on, and who’s spinning in the air-conditioned Yuma Tent. The magic hour might just prove eponymous.
Take these lessons to heart, stay hydrated, conscious and don’t forget to carve out your own Coachella commandments. After all, one of the best parts of Coachella is doing it better the next year. 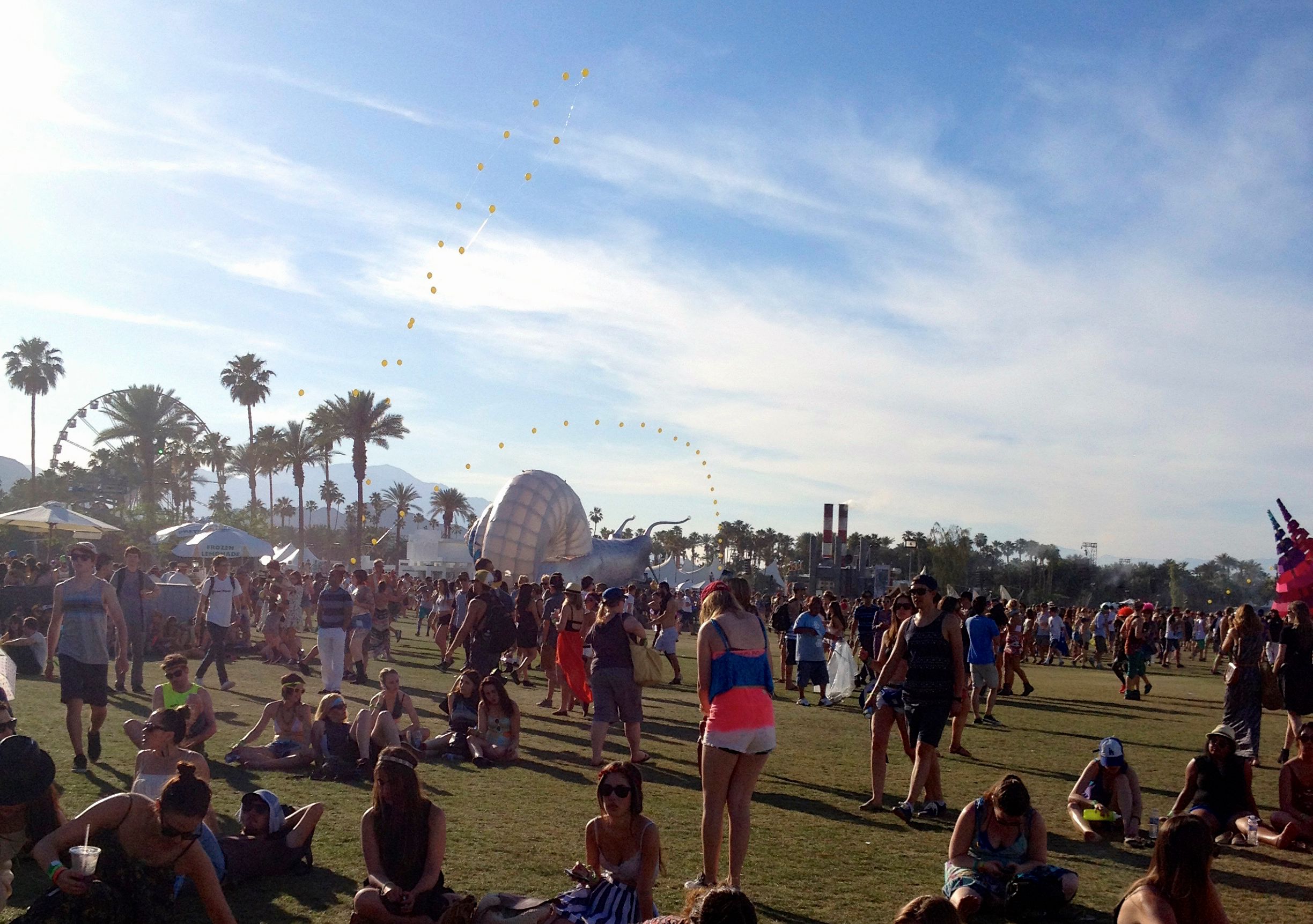 Expect to bond with roughly 100,000 Coach-goers that show each weekend. Image courtesy of @kmomonotlew 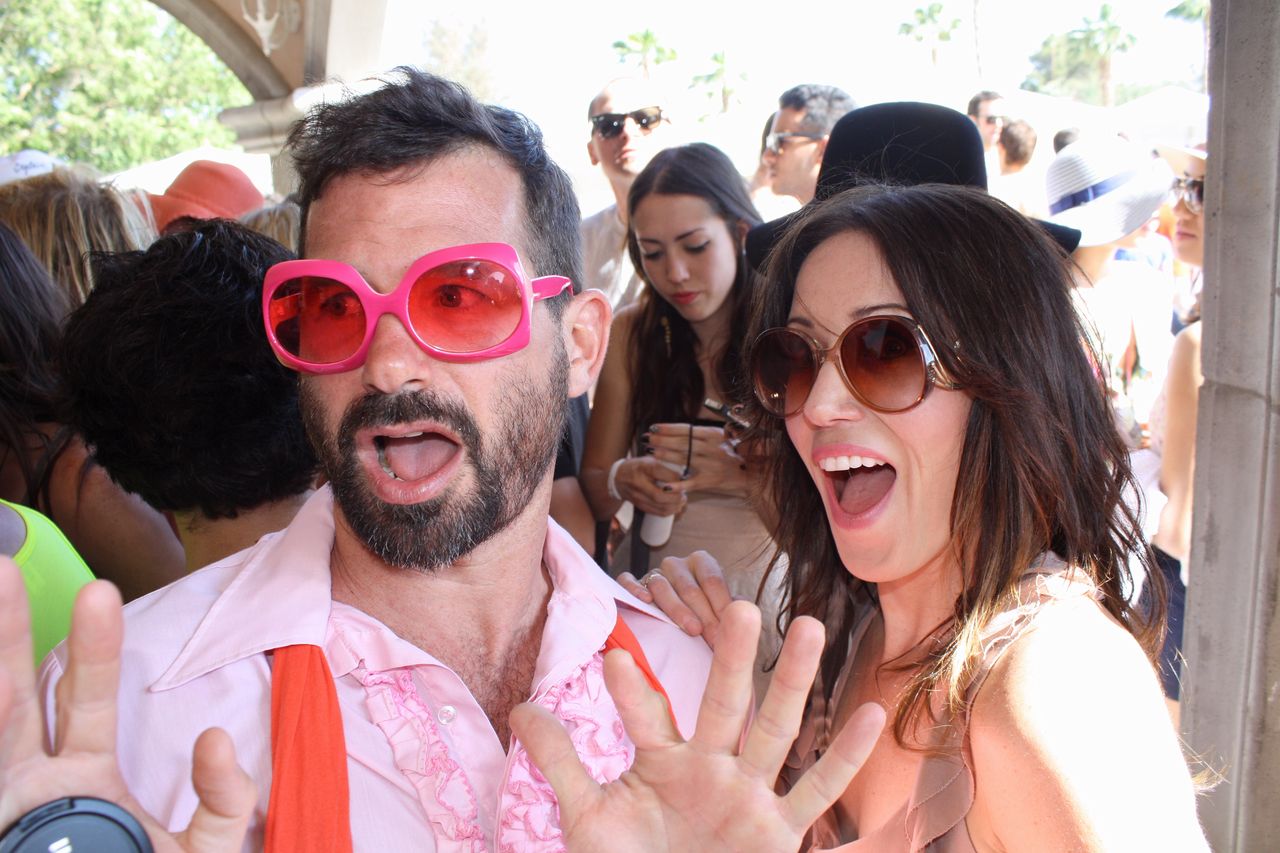 It's all rosy for author Joshua. Image courtesy of Joshua K. Levine 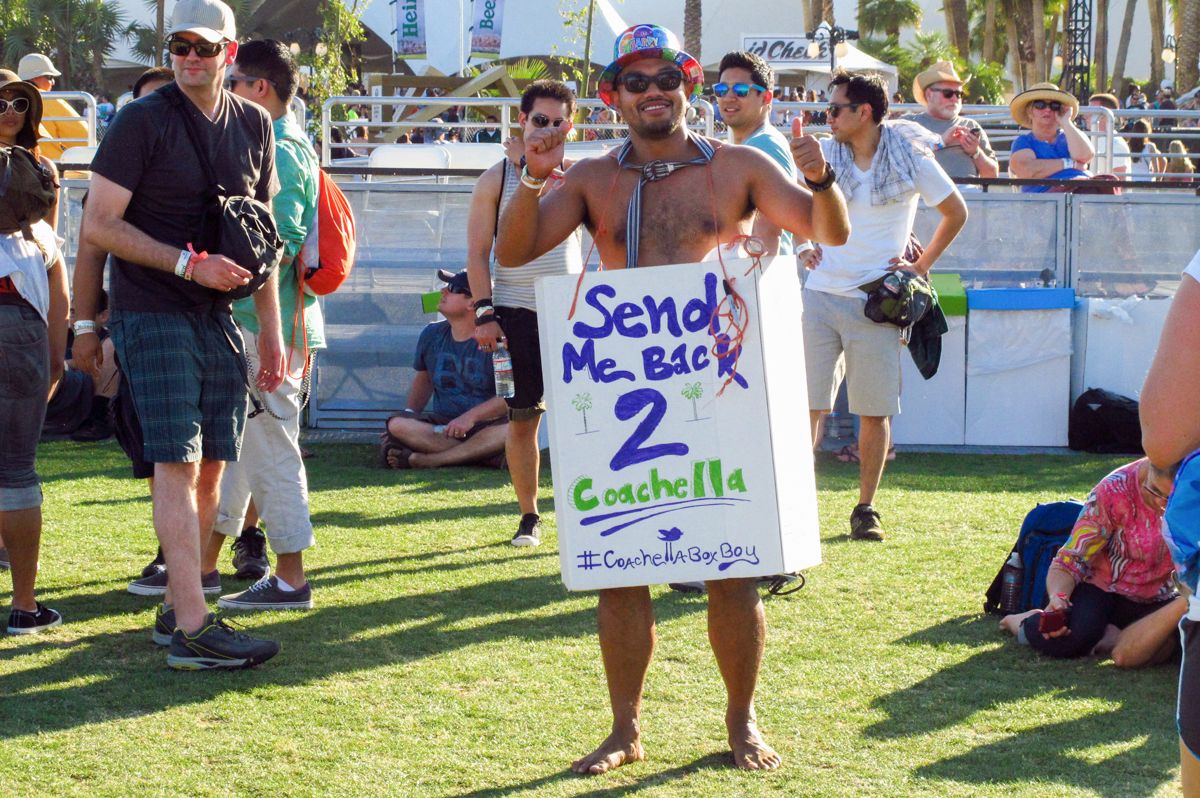 $$$$
Interiors by Jonathan Adler, the Parker, with celeb guests and posh pools, is LA-style glam.

$$$
Home to the wildest weekend parties, this hip hangout is all fun, no fussy.

$$
Elvis hung out here in the 60s and there are tiki-styled cabanas. Need we say more?