Chef Ari Taymor of Alma at The Standard, Hollywood shouts out some of his favorite under the radar restaurants in Los Angeles

Most chefs start their careers at hotels or established restaurants and then branch out to open establishments of their own. Chef Ari Taymor and his business partner Ashleigh Parson did exactly the opposite.

Enter Alma.
Originally located near LA’s Ace Hotel, Alma was tiny in size but huge in culinary creativity. It was named Bon Appetit’s 2013 Best New Restaurant in America just a year after opening, which sent the food scene into a frenzy. Not too shabby for a 26-year-old chef’s first venture, right?
But, according to Ari in a Munchies interview, his much hyped success ultimately led to Alma’s DTLA demise. In 2015, it abruptly shuttered—breaking hungry hearts nationwide. 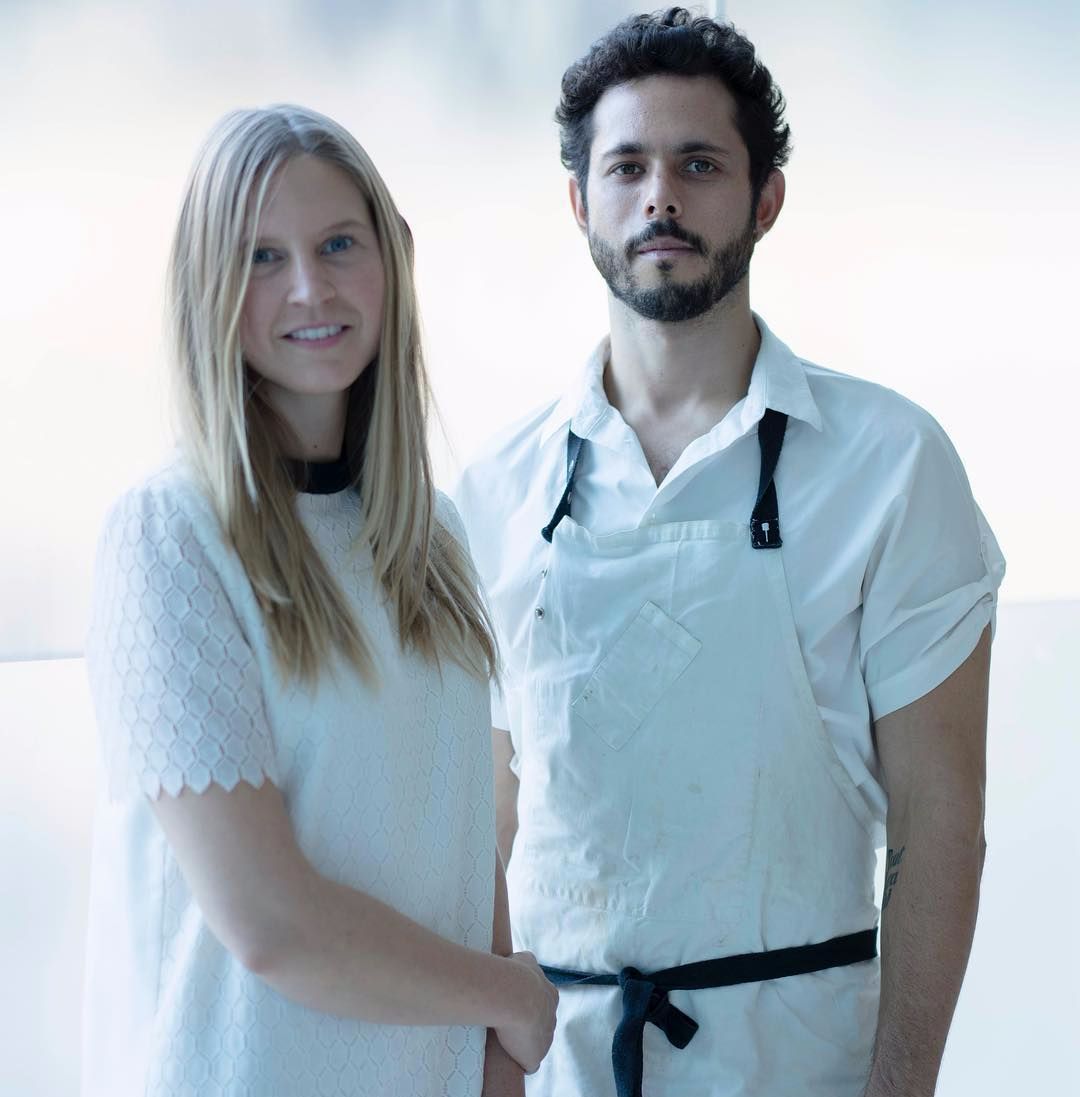 Ari & Ashleigh … a culinary force to be reckoned with. Image courtesy @almarestaurant

However, like the phoenix, Alma rose from the ashes. Ari and Ashleigh initially signed on for a three-month pop-up at The Standard, Hollywood, and now it’s here to stay as a permanent abode to the duo’s wizardry in the kitchen.

“We were trying to gauge if it was right fit. You know, some of our food isn’t quite as classic as what’s been served at the Standard Hotel. We wanted to see if would work well in such an iconic space. And it did. So, we were stoked to put it there for awhile,” says Ari.
Alma has taken over all the menus in the hotel—from room service to brunch. And although your favorite Standard fare is still there (yes, you can still get your avo toast) … it’s been Alma-fied. Ari is known for putting unexpected twists on familiar dishes.
Take the new burger, available poolside, for instance. The patty is bacon-laced and topped with housemade pickles and a rich béarnaise sauce. The salads also have that Ari oomph, like the one with cabbage and crushed avocados tossed with smoked almond vinaigrette. Feeling adventurous? If you’re craving a creamsicle or mango lassi, try the savory sundae made of celery root, frozen yogurt and passion fruit.
So, no need to mourn the closing of the DTLA location any longer. If you missed Alma the original, head to the hotel for the tasty sequel. And like Alma’s somewhat under-the-radar identity, what other places should we eat at but had no idea they existed?
We had to ask.
Chef Ari Taymor takes us on a tour of his favorite lesser known, but equally crave-worthy, restaurants in LA:
Get Citizine Updates Here

Alma at The Standard, Hollywood

West Hollywood, $$$
Ari Taymor: Whether it’s dinner or brunch at Alma, I think what’s interesting about our food is that it’s very much tied into the grilling season, culture and eco-system of SoCal. Over the last four years, it’s become so tied to LA that I feel it really speaks to the city in a lot of different ways. 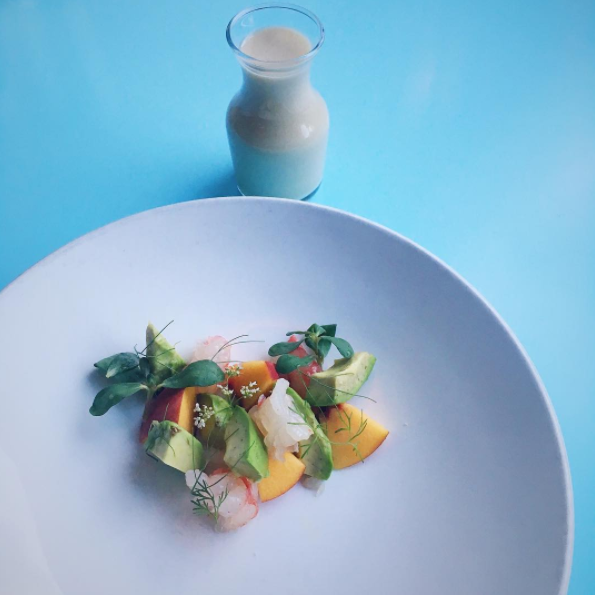 I’m stoked right now about is our white curry. Thai town plays a big part in LA and it was the first place I ate at regularly when I first moved here. It’s our ode to that. Instead of using traditionally curry leaves or lemongrass, we’re using only Central Coast aromatics. We create a traditional Thai curry but with local ingredients: almond milk (instead of coconut milk since we don’t grow), bay leaves, garlic, ginger, shallots, Santa Barbara prawns, avocado and fresh peaches. We’re trying to distill the dish through local ingredients. Another great one is a lamb dish with eggplants and shiso leaf. That dish is evocative of driving up the coast to Malibu or Ventura and what it smells like—the mix of earthy, herby and salty.

Silver Lake, $$
AT: It’s popular in LA but I never see it get national press like it should. It’s a Taiwanese restaurant with a young talented female chef. Food is consistent and delicious. I never see it on the ‘must-eat in LA’ list and it should be. They do a twice-cooked pork with braised bacon. They have amazing vegetable pot stickers, sometimes with pumpkin or bok choy. The Mapo tofu is awesome too. 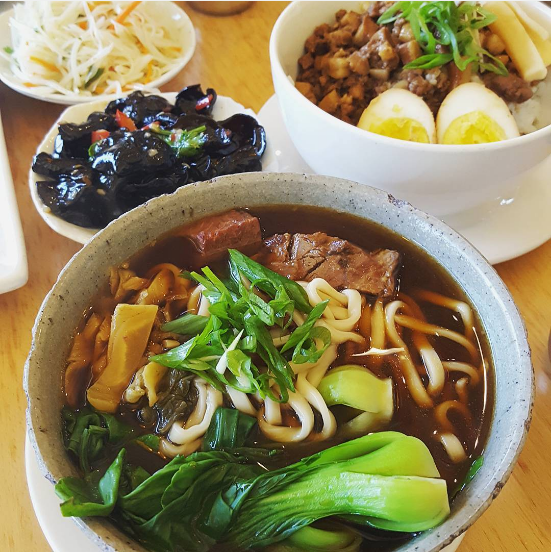 DTLA, $$
AT: It’s got a cool hip-hop vibe. It’s a great family-run Indian restaurant—two brothers and their dad from Toronto. They do classics well, like butter chicken, tikka masala and saag paneer. Then they do an awesome chicken tikka poutine- French fries, curry gravy and instead of paneer, they use cheese curds. 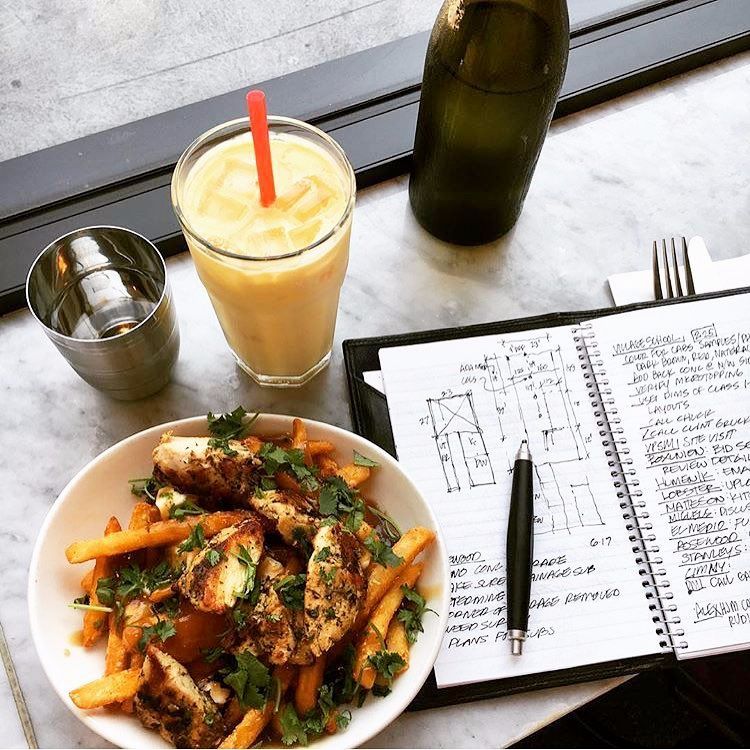 Little Toyko, $$$
AT: It’s not quite as buzzy as places like SUGARFISH or Sushi Zo. But it’s really high quality fish. There’s always a line. No frills, really perfect fish and a cozy, neighborhood-feel dining room. 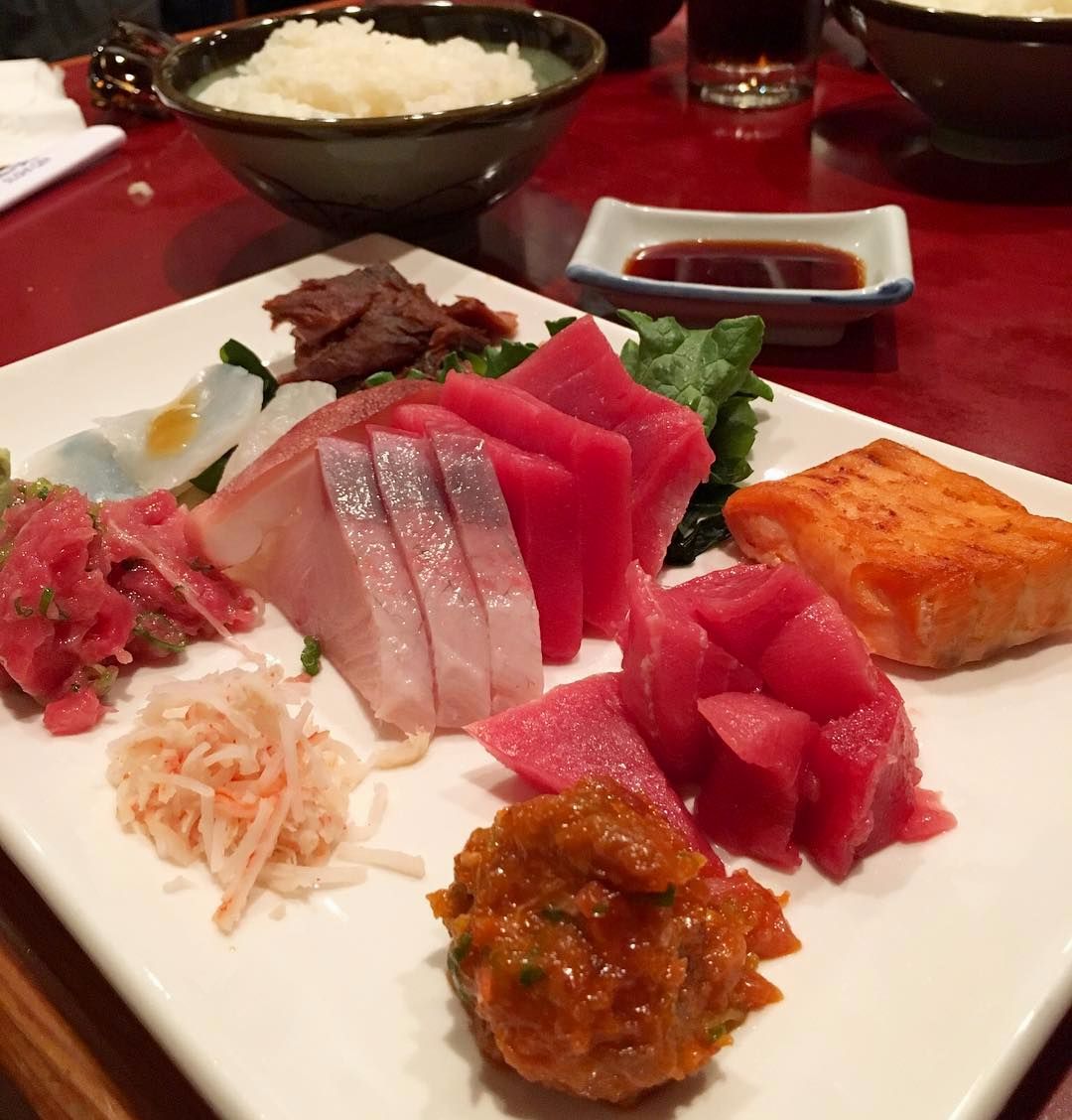 East Hollywood, $$
AT: It’s not under the radar but I can’t NOT say Sqirl. It’s my favorite restaurant in the city. I like all the toasts—whether it’s the French or brioche. I get the rice bowl. Their seasonal hash is insane. I like the pastries and the coffee. Everything they do they take so much care and don’t skip any of the details. So, whatever you’re in the mood for—you can’t go wrong. 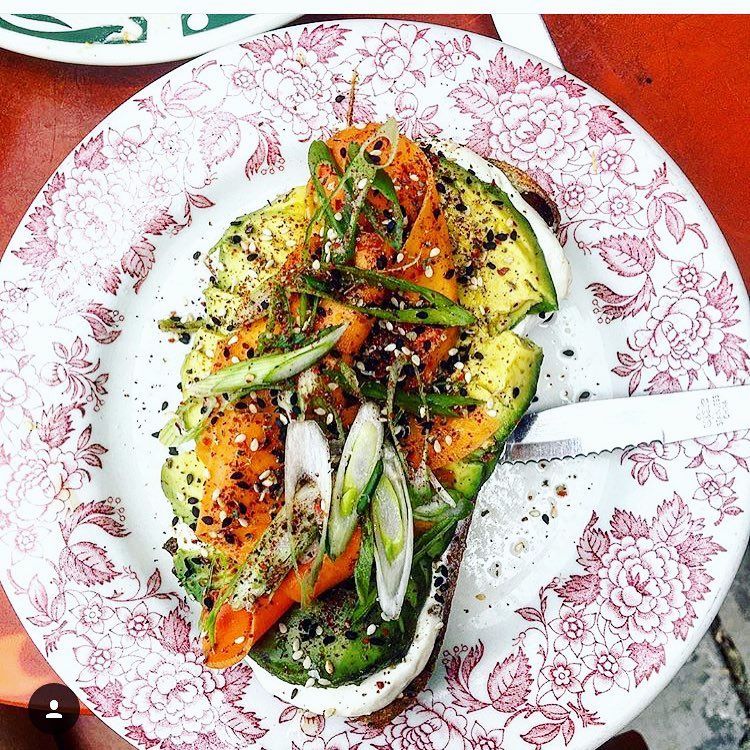 Boyle Heights (original location), $
AT: I like Guisados for tacos. It started way on the eastside and now branched into a mini LA chain. The tortillas are great. It’s a stew-based taco so the tortillas are thicker to hold the sauce. 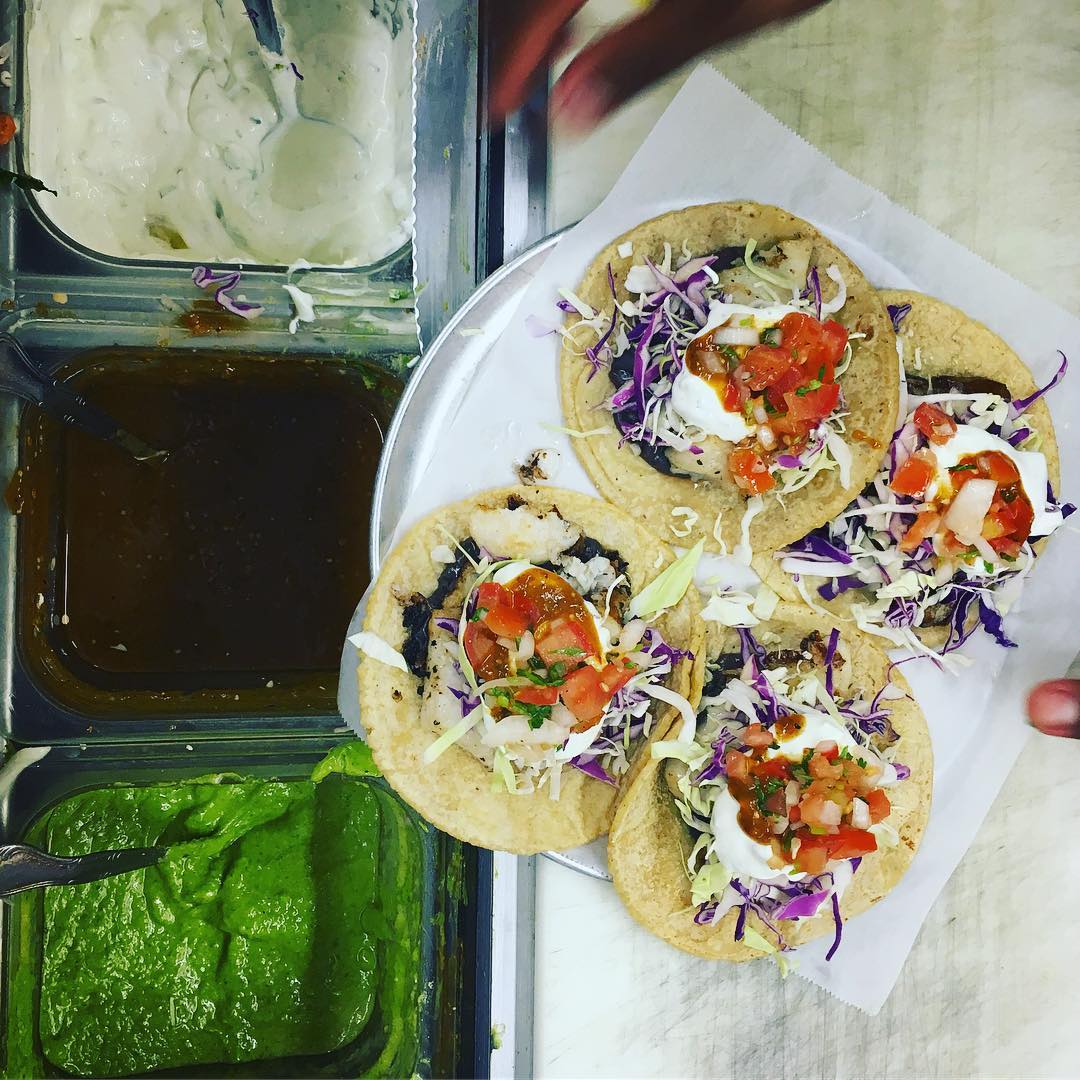 Make sure to check out the original location in Boyle Heights. Image courtesy @guisados