And this little Heritage Pig drank a pint of green beer, then went to a Pink Floyd laser show

This week, we celebrate Iranian New Year and St. Patrick's Day. Yes we're jumping the gun on the latter, but is there really such a thing as too much green beer? Just tell the haters you're going green. After that, Zach Galifianakis’ TV wife hits the Largo with her Euro pop vocals and the DTLA Bookfest honors Emily Dickinson. But the real question is ... How many chefs does it take to change a lightbulb? Well, at least 58 at L.A. Live for the All-Star Chef Classic and another five at Cochon555, a pork fest we couldn't be more hyped about. Best of all, Sunday promises unadulterated joy when we spring forward, opening up the glittering possibilities of after work activities when the sun’s still out! It’s all happening, Los Angeles.
Get Citizine Updates Here

All-Star Chef Classic
A four-day fiesta of gourmet food, the All-Star Chef Classic gets you up close and personal with your favorite Michelin-starred chefs, whether hitting up the Masters Dinner Series or strolling your way through the tasty delights of the Southern Eats or Grill & Chill events. This year’s top chefs include Nyesha Arrington, Curtis Stone, Chris Oh, Duff Goldman and Antonia Lofaso.
Deets: Wed-Sun; L.A. Live; $125.00 - $425.00; More info and tickets HERE
You can also check out Antonia Lofaso’s favorite pasta dishes in LA this Thursday on Citizine’s homepage. 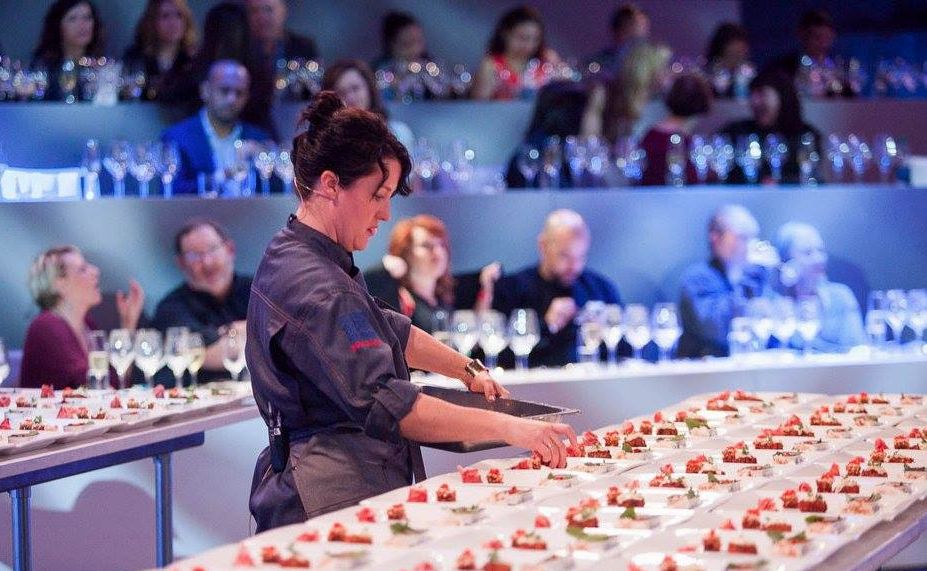 Sabina Sciubba at Largo
Sabina Sciubba leads a busy double life as both the lead singer of timelessly wavy electro-pop band Brazilian Girls and as a regular on the TV show Baskets, as the wife of Zach Galifianakis’ rodeo clown. The Italian-born Sciubba has also received much acclaim for her solo debut, Toujours, which further highlights those godly vocals, freakish multilingual abilities (she speaks six languages) and quirky pop stylings. Zach will be joining her on stage for a set during the evening.
Deets: 8:30 p.m.; Largo at the Coronet; $30; More info and tickets HERE 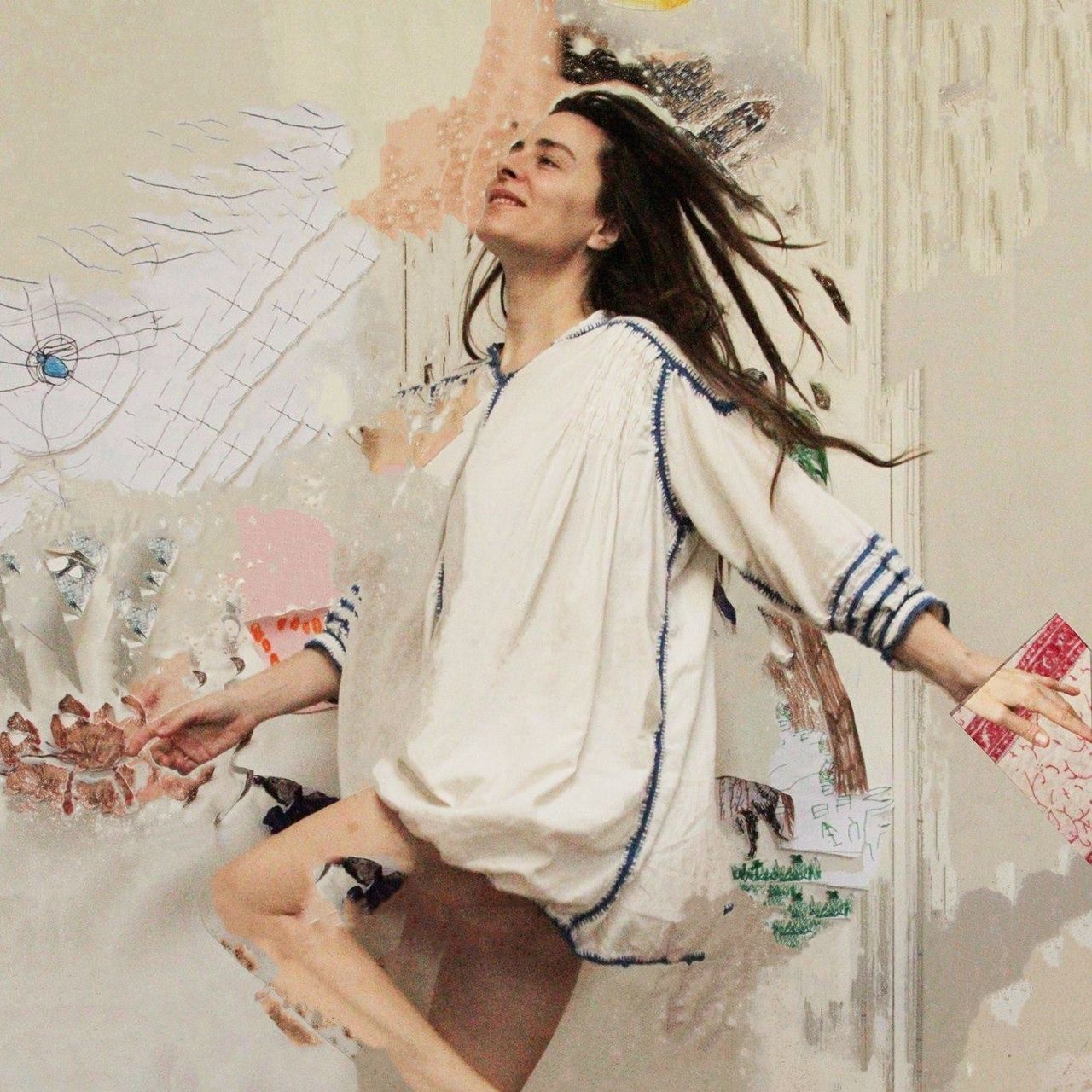 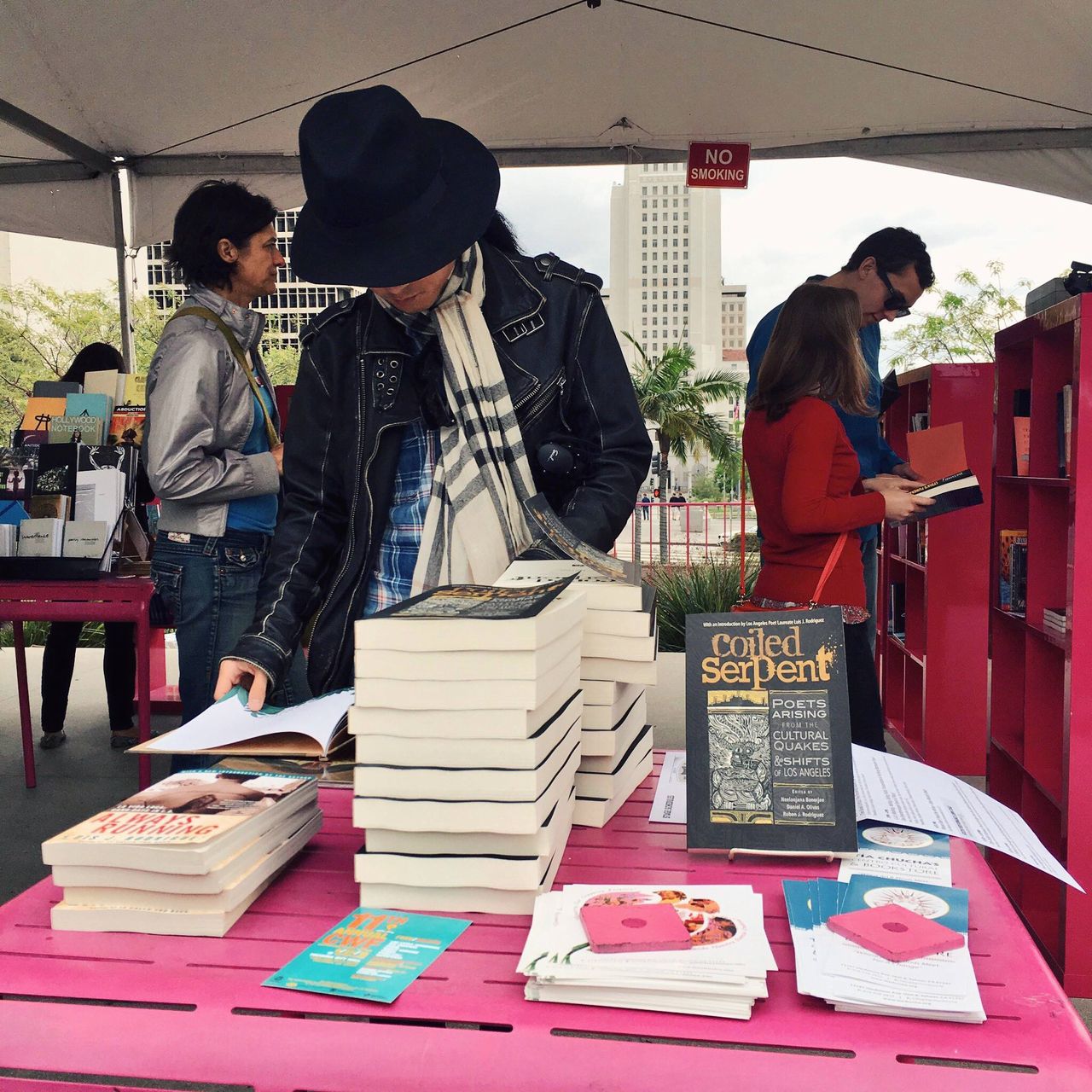 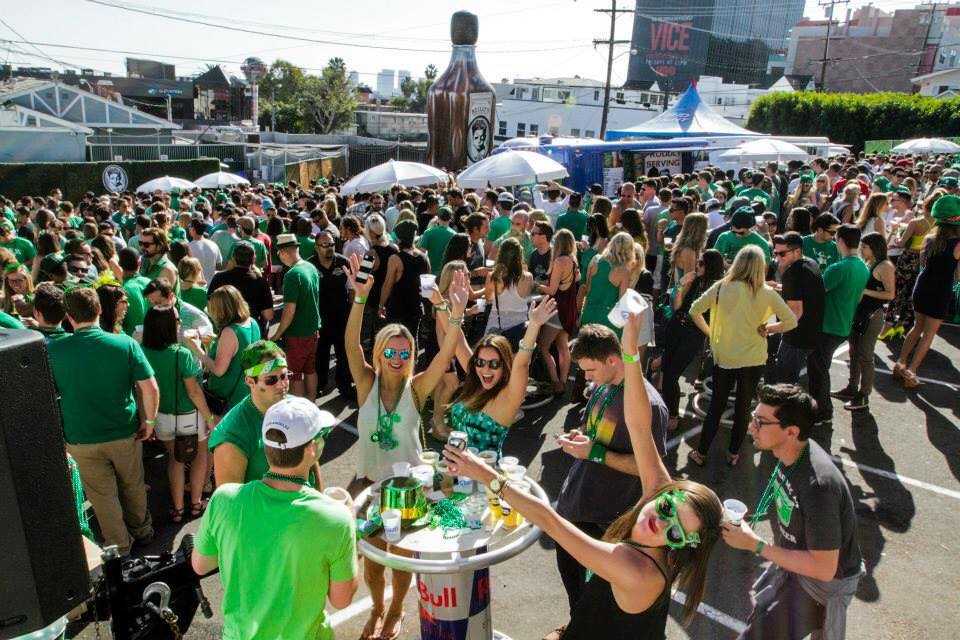 Cochon555 for pork lovers
The Cochon555 is, at its core, a pork fest dedicated to educating chefs and diners about the importance of Old World livestock (who are fast becoming endangered because they aren’t suited to today’s intensive farming techniques). Cochon555 bequeath five chefs with an entire heritage breed pig and give them one week to prepare it nose-to-tail (yup, all 200 pounds of it). The chefs then present a plate of six dishes to the judges and one will be crowned a Prince/Princess of Pork. There’s also the Somm Smackdown (best pig and wine pairing), Punch Kings (where barkeeps duel in a whole-bottle competition) and much eating of said pork products and non-pork products alike. Don’t wear a belt.
Deets: 4 - 8 p.m.; Viceroy Santa Monica; $125 - $400; More info and tickets HERE 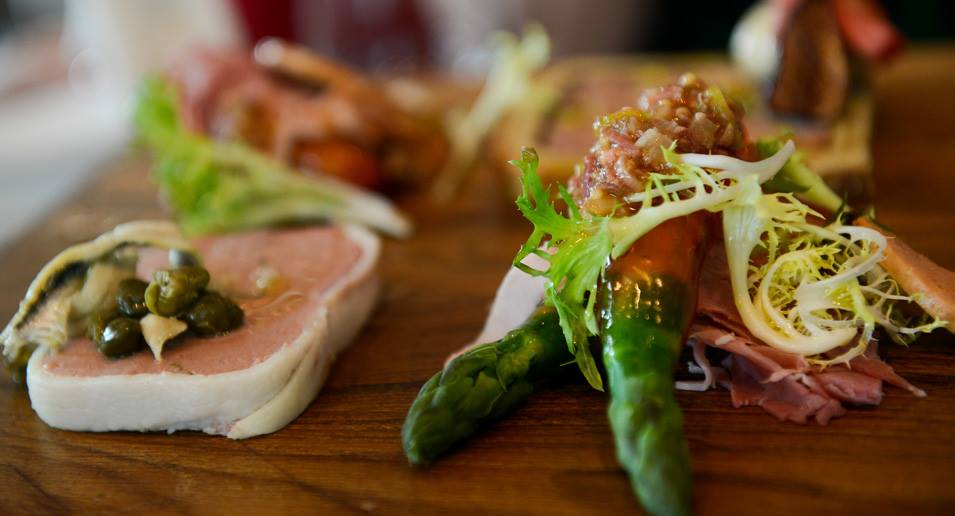 Nowruz (Iranian New Year) Festival
Celebrate the coming of spring while enjoying the striking culture (and colors) of the Iranian New Year festivities. This year, "the Bob Dylan of Iran", Mohsen Namjoo, is headlining, with his hypnotizing setar. The festival will feature traditional dance, a Haft Sin display (seven symbolic items for the new year), a costume parade and Papa Nowruz (think Saint Nick’s Persian brother) and Hadji Firooz (his sidekick) will be in attendance for the young and young at heart.
Deets: Starts at noon, FREE, at UCLA’s Dickson Court. Mohsen Namjoo at 5 p.m at  Royce Hall, $25-$150, tickets HERE.  More info about the Nowruz event can be found HERE 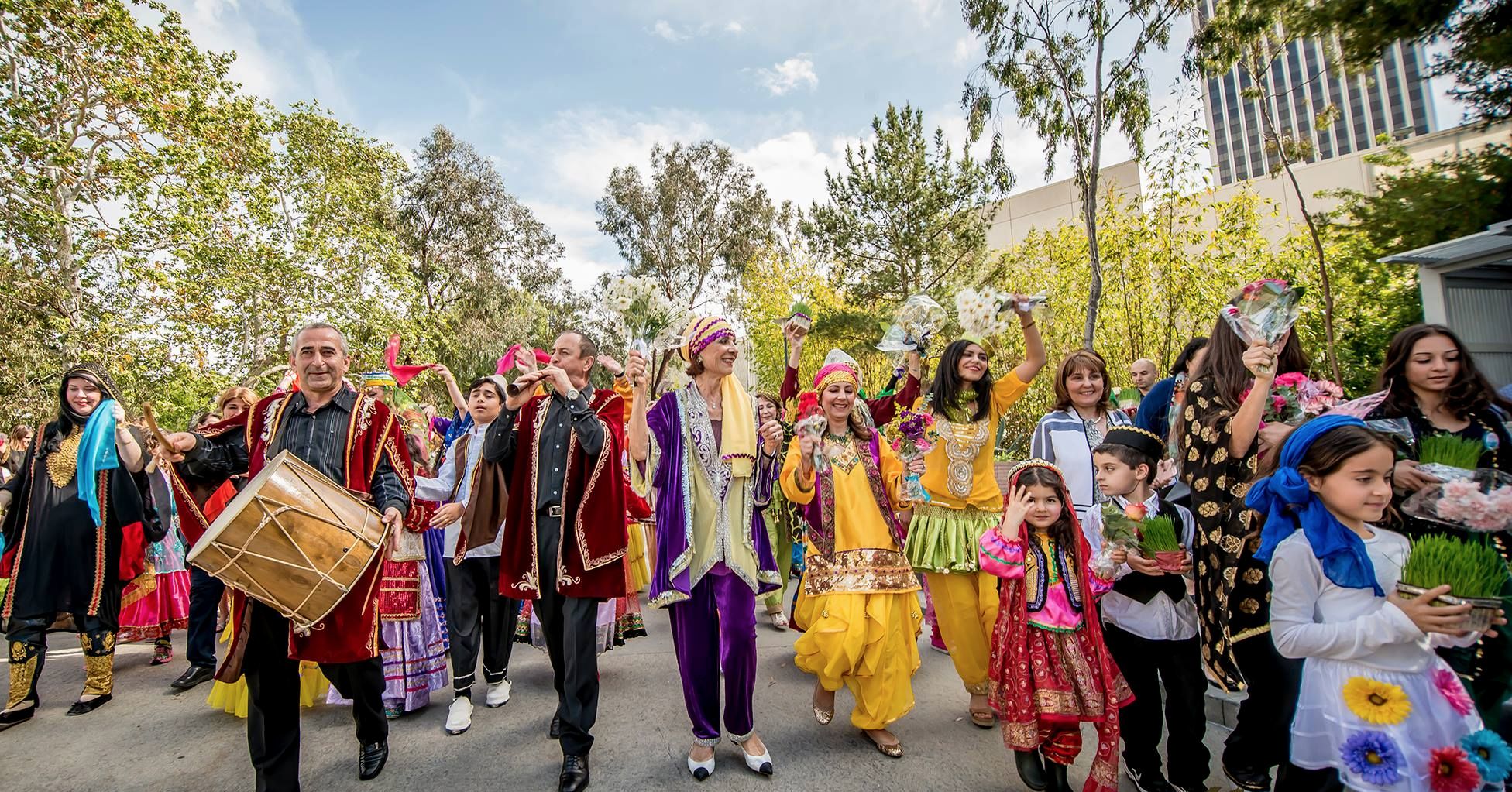 Laserium Presents The Beatles, Pink Floyd and Nine Inch Nails
Once upon a time you knew that you could always count on Laserium at Griffith Observatory for a great high — or at least to compliment your own high. The laser light show, set to your favorite tunes, went on to dominate for almost 30 years until the observatory closed for renovations in 2002. Well, thanks to the Regent Theater, it’s back and you can choose between The Beatles, Pink Floyd’s Dark Side of the Moon or Nine Inch Nails, or just do all three.
Deets: 5 - 10:30 p.m. for all three shows; Regent Theater DTLA; $16.50 for one show, $25 for two; $40 for three; More info and tickets HERE 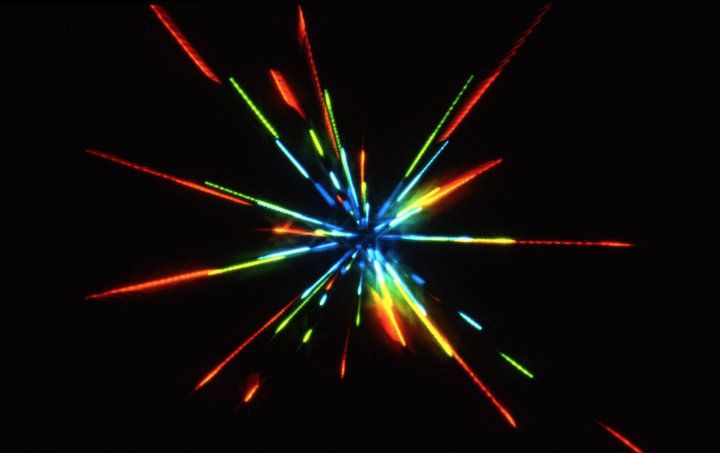 Pussy Riot Theatre
Putin’s “sweethearts” return with a unique musical theater project entitled Revolution, an hour-long performance centering on political activism in a hostile state spearheaded by Pussy Rioter Maria Alyokhina — one of the trio thrown in a Moscow prison for so-called  “premeditated hooliganism.” The show will include video footage and art as well as performances by Maria herself, Kiryl Kanstantsinau (from the Belarus Free Theatre), the AWOTT (Asian Women On the Telephone) psycho-punk music duo and VJ Vasily Bogatov. Stick around for a conversation with the creative team after the show.
Deets: 9 p.m.; The Fonda Theatre; $45, Tickets and more info HERE
++++++++++++++++++++++++++++++++++++++++++++++++++++++++++++++++++++
Header image courtesy of Cochon555