A Bar Design Tour of DTLA with Ricki Kline

Ricki Kline, who we’ll call the unofficial mayor of DTLA, is responsible for creating the atmosphere at several of our favorite bars in Los Angeles, including Seven Grand and The Normandie Club. More than a sharp eye, Ricki also has a big heart. He is a man of the people. Try walking beside him for two blocks in the Financial District at Happy Hour without a random passerby exclaiming his name. It won’t happen; I tried it.
Ricki grew up in Coney Island and later ventured to San Francisco, where he worked construction, lived on a commune and eventually started his own line of furniture. His design aesthetic did not receive as warm a response as he would have liked in the Bay Area, but it was a hit in LA. So, he headed south and showcased his work at the Pacific Design Center. The rest was history.
“Nobody comes to LA without knowing what they want to do. This is a town loaded with ambitions. That's why I came here,” Ricki tells me in the bustling midst of Grand Central Market. This is the first leg of our tour through several of Ricki’s projects in DTLA, most of which are bars. “In our clients, we look for someone we’d like to have a drink with,” says Ricki.
The interior designer, who has worked with artists like Ed Ruscha, Ed Moses, Chuck Arnoldi and the Dill brothers, found his affinity for bars as a union carpenter in his twenties: “You’d follow the jobs. And where do you go after work? To the bar. If they're nice to you there, you go back and someone may remember your name. You go back a third time? You’re a regular. The bars become a home away from home.”
Eventually, Ricki hung up the construction hat and dedicated himself to design. On this lucky day, Ricki takes me through several of his homes away from home—bars he and his design firm have designed in DTLA. Thanks to our Chevy Cruze, we don’t have to walk all too much.
Get Citizine Updates Here 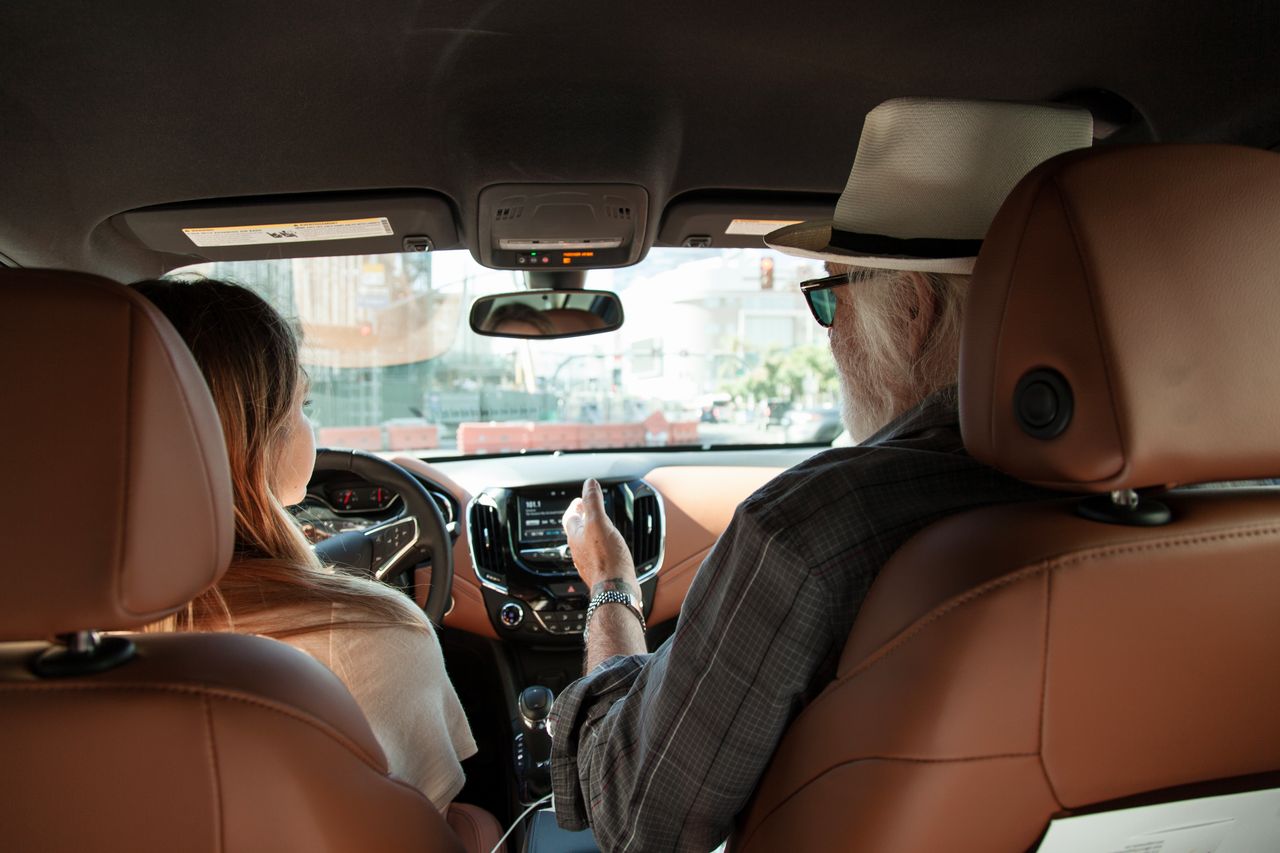 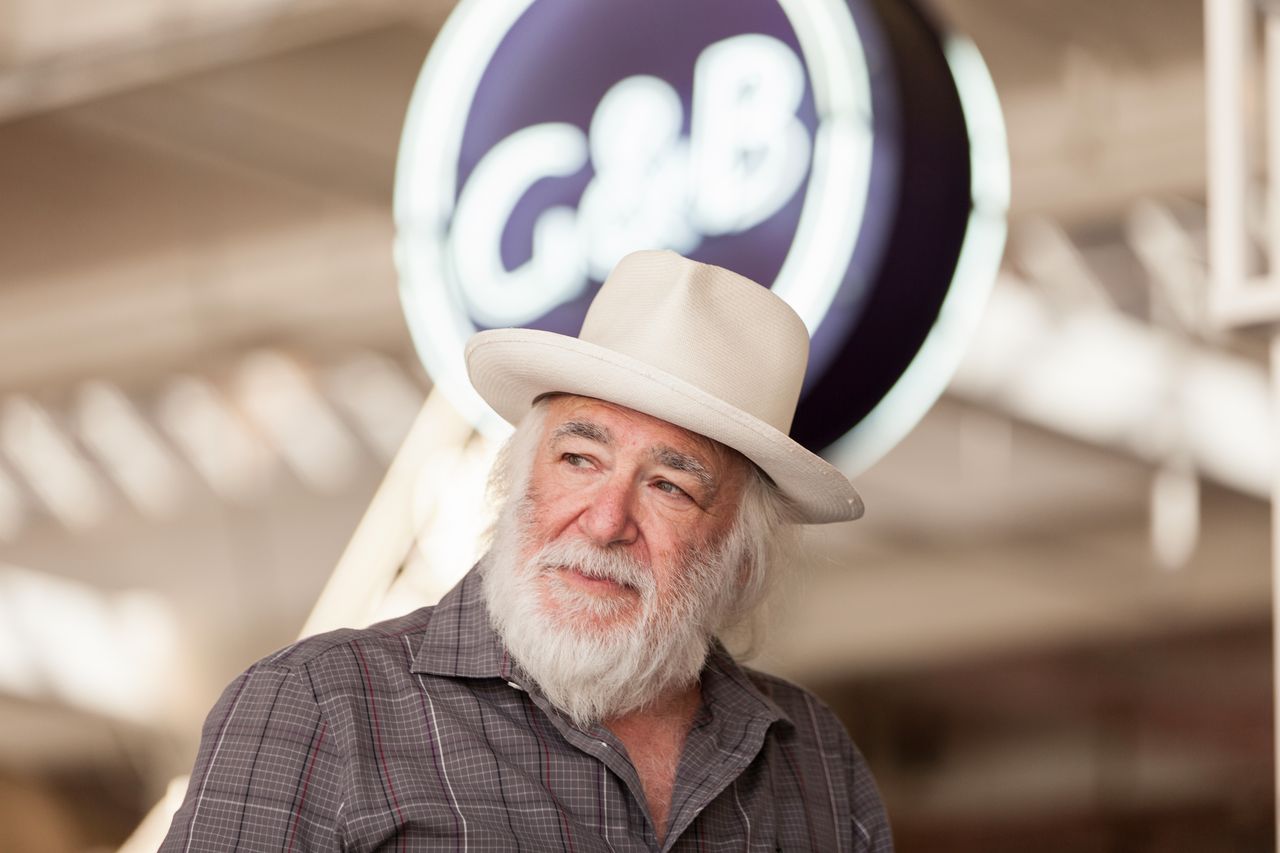 Our first stop is the only non-bar on the itinerary – G&B Coffee, Go Get Em Tiger's sister shop at Grand Central:

Ricki Kline: These guys [Charles Babinski and Kyle Glanville] are a real pleasure to work with. They are a couple of experienced cats. Charles has a great staff. Kyle’s background is as a coffee buyer in South America. They know what they’re doing. In addition to some of the best coffee in the city, they also have their own baking program. They wanted to serve it up all the way around with no walls. They envisioned it to be bright, clean and accessible, so that’s what we gave them. This counter is carrera—it’s the go-to marble. You can’t be angry with carrera. 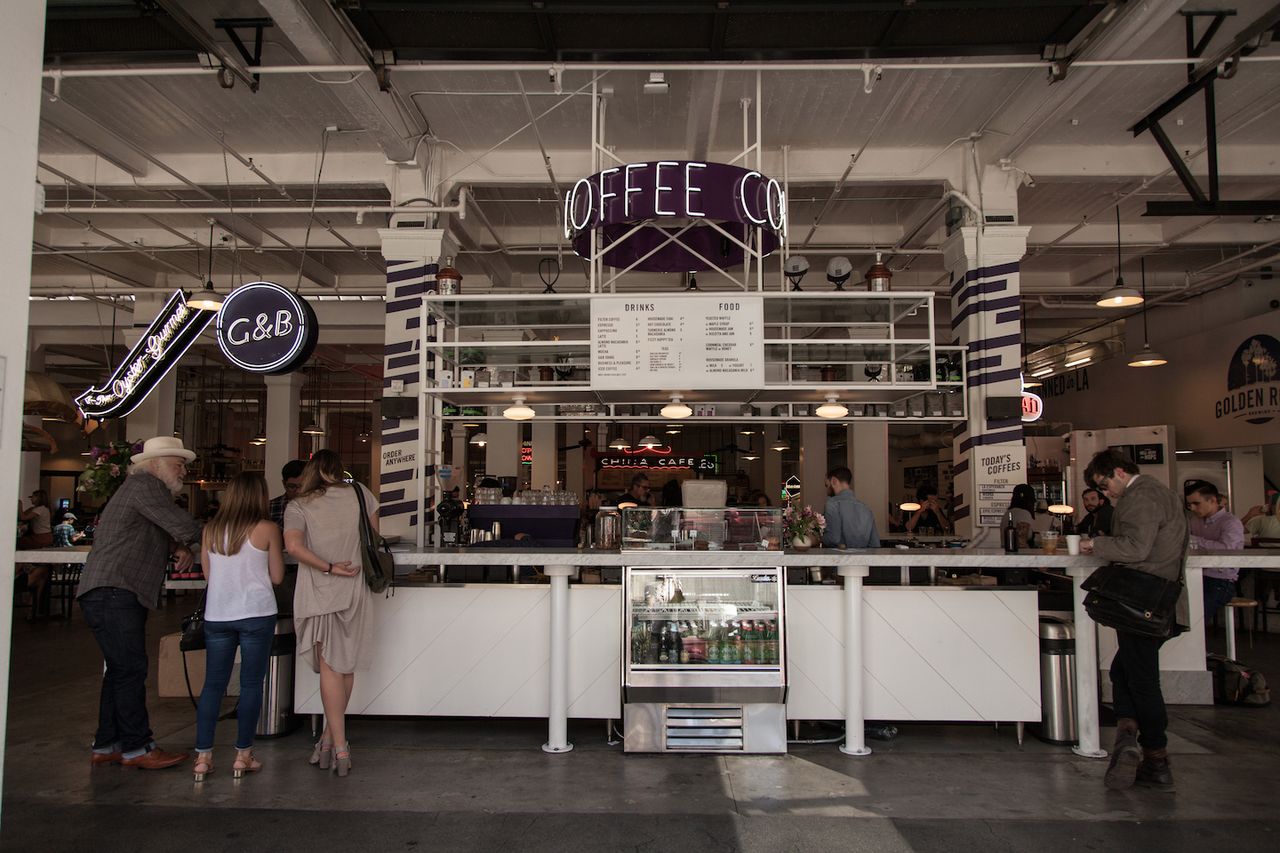 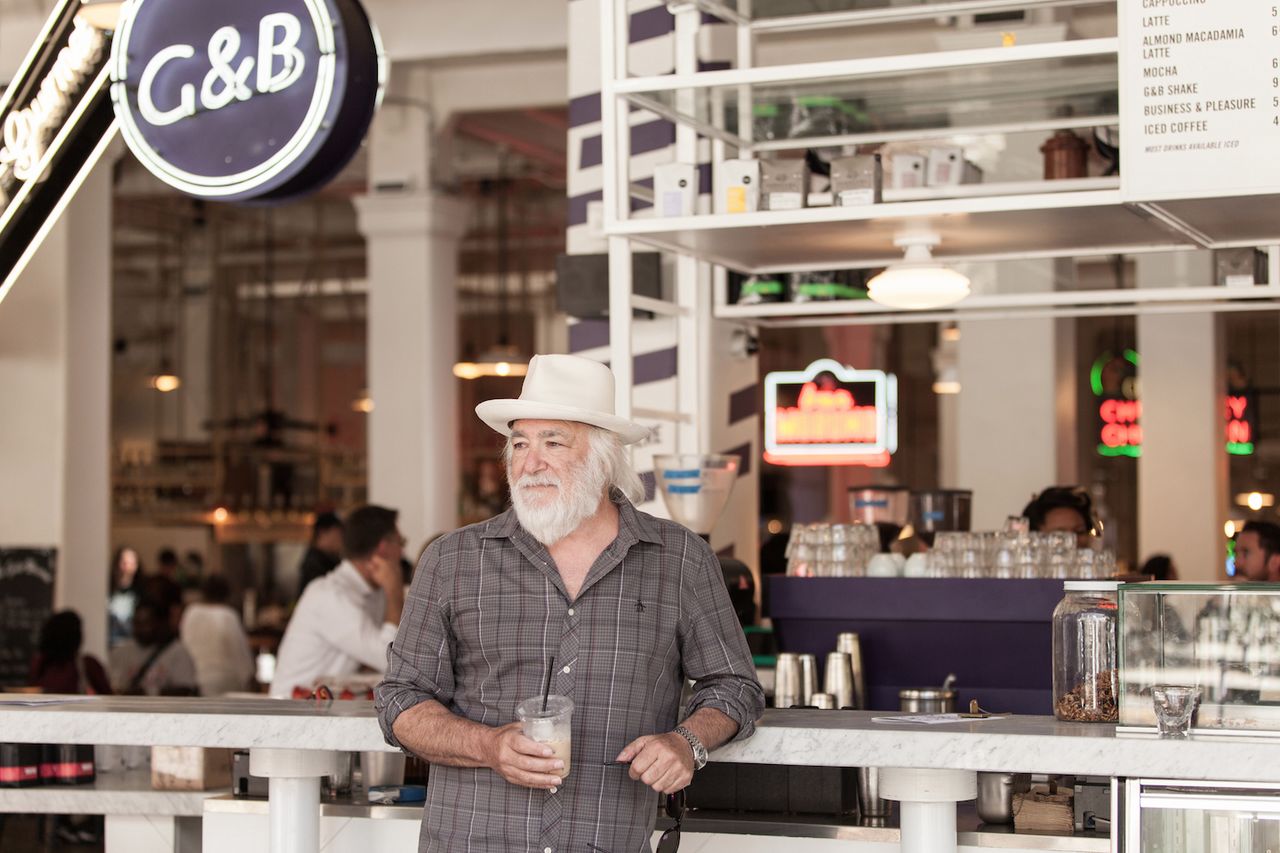 A bit buzzed from the coffees, we head back to the car for our next destination. There are a few places in LA that claim to have fathered the French Dip Sandwich (looking at you, Philippe's) but I'm on team Cole's, which also houses The Varnish. 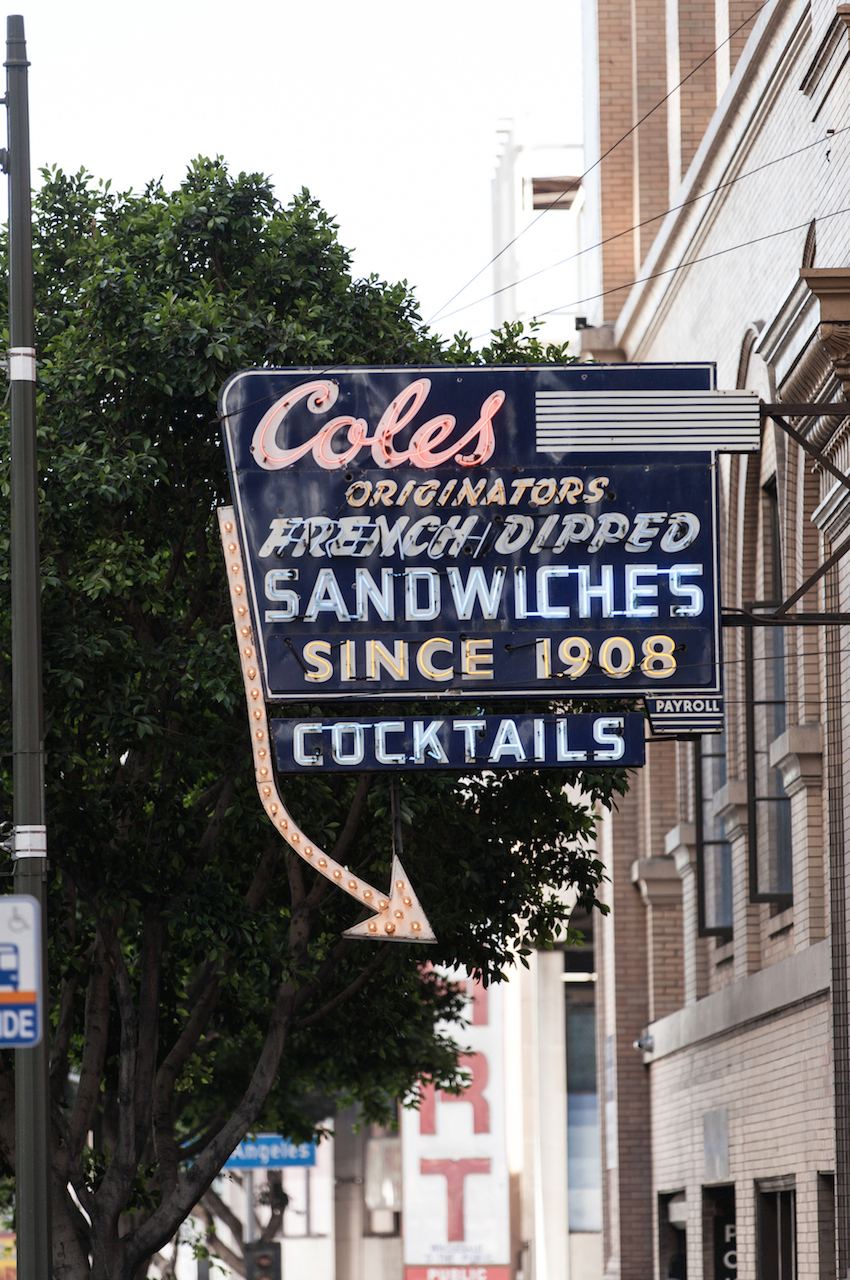 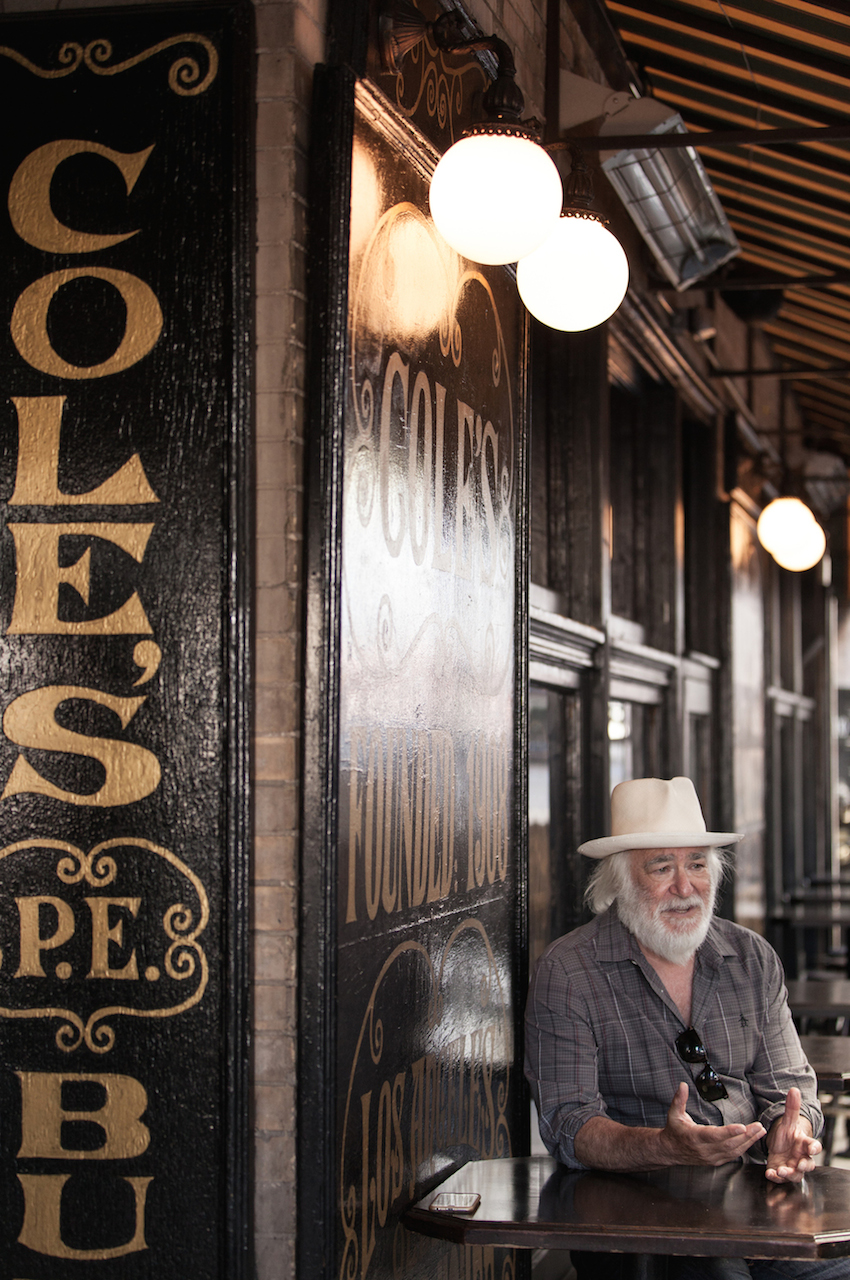 Cole's and The Varnish

Ricki Kline: Quite frankly, I don’t care who invented the French Dip. But I can get alcohol with it here at Cole’s and that’s all that matters. For years, Cole’s was the last stop on the Red Line in the Pacific Electric Building, and to this day, it  feels like an old saloon with leather booths, old photos and the music—you gotta love the music. We restored some light fixtures and designed new ones. We moved around some stained glass. The most important thing was to always keep the character as old restaurant, simply put. And I think we succeeded. 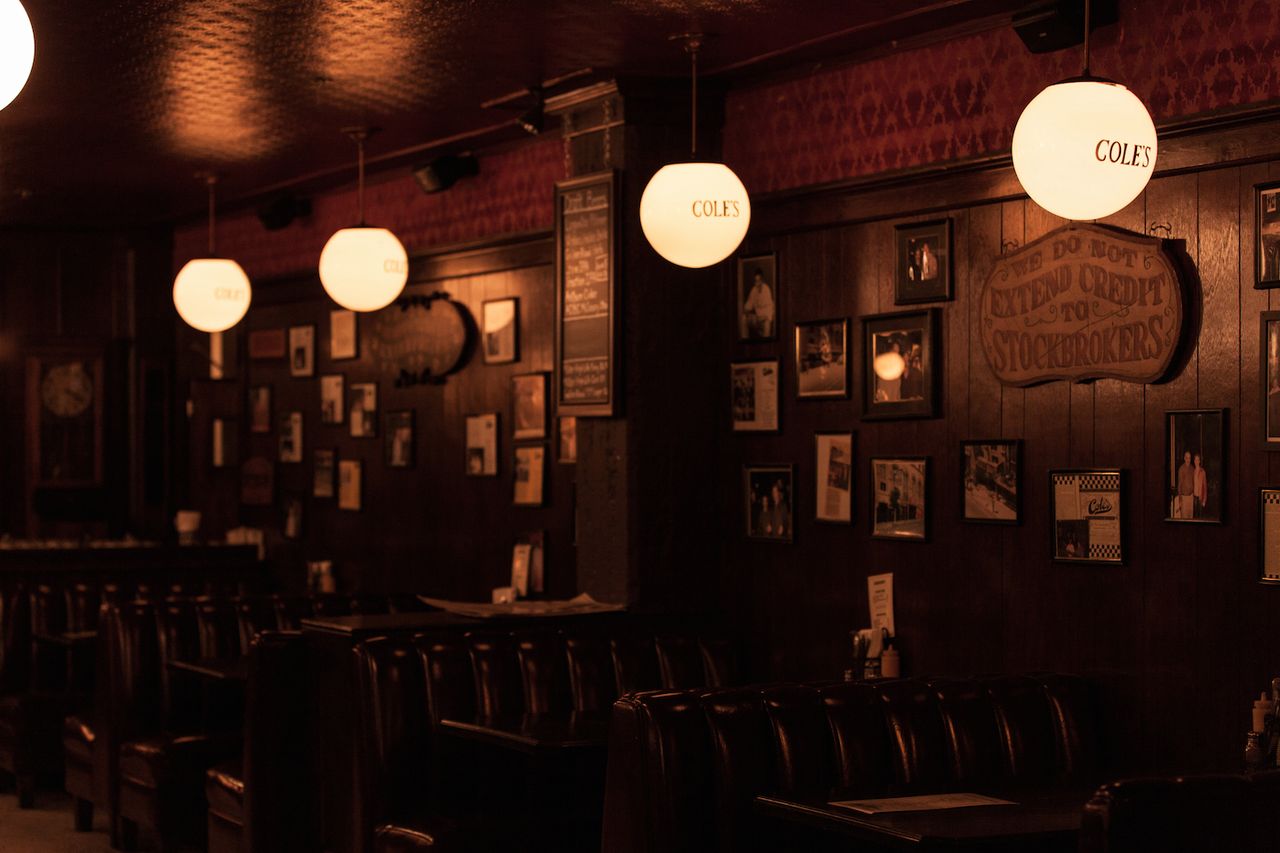 Where did you find inspiration to capture the turn-of-the-century feel?
Ricki Kline: We didn't need inspiration. It was all here, or the memory of it was. It’s like a stop on a history tour. The historic department really had their eyes on this place, and we had to walk on tenterhooks with what we did and didn't do.There were three Tiffany lampshades on top of the bar, which the historic department wanted us to keep. But I took one look at them and said, "These aren't Tiffany Lampshades; these are fakes!" I asked the original owner about them and he told me, "Oh, I liked them and took them home!" He replaced them with, like, Lamp Plus stuff [laughs]. 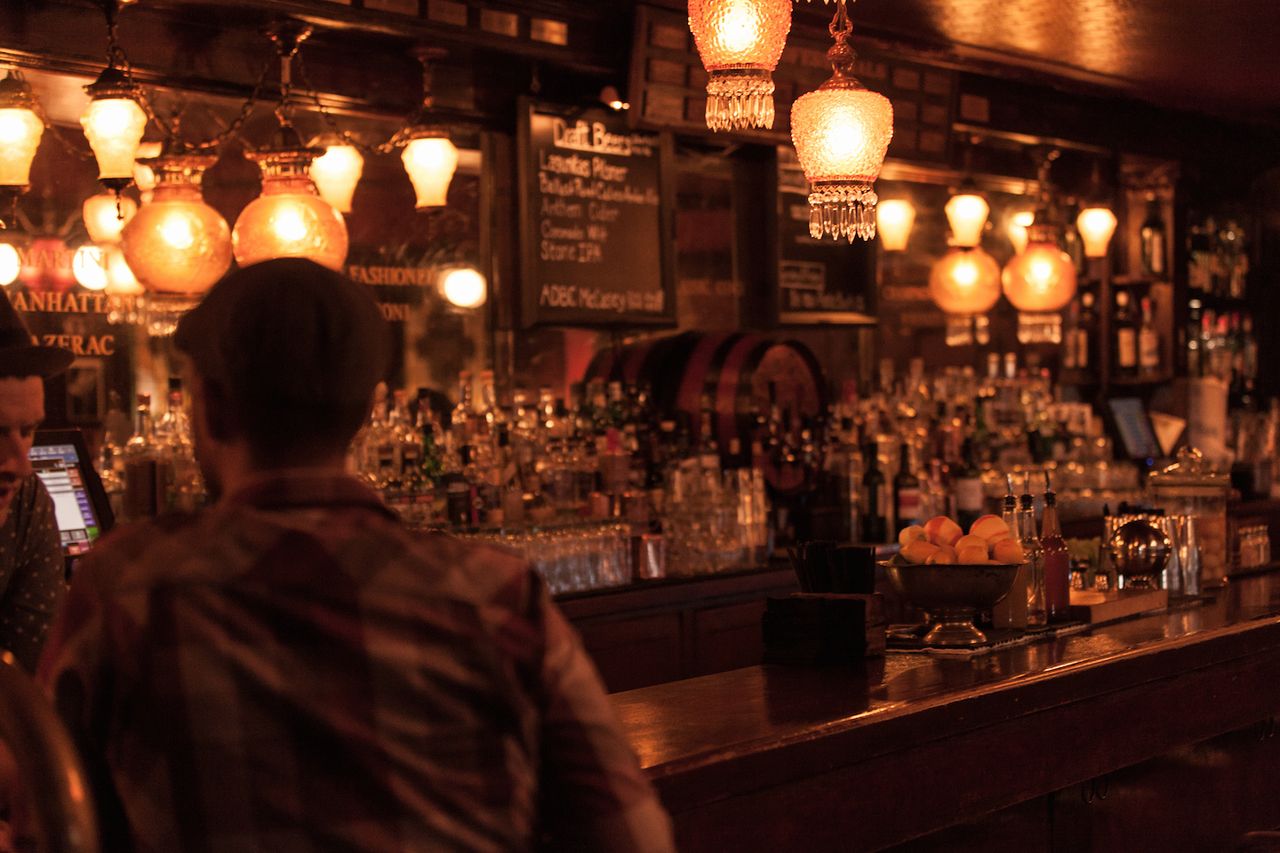 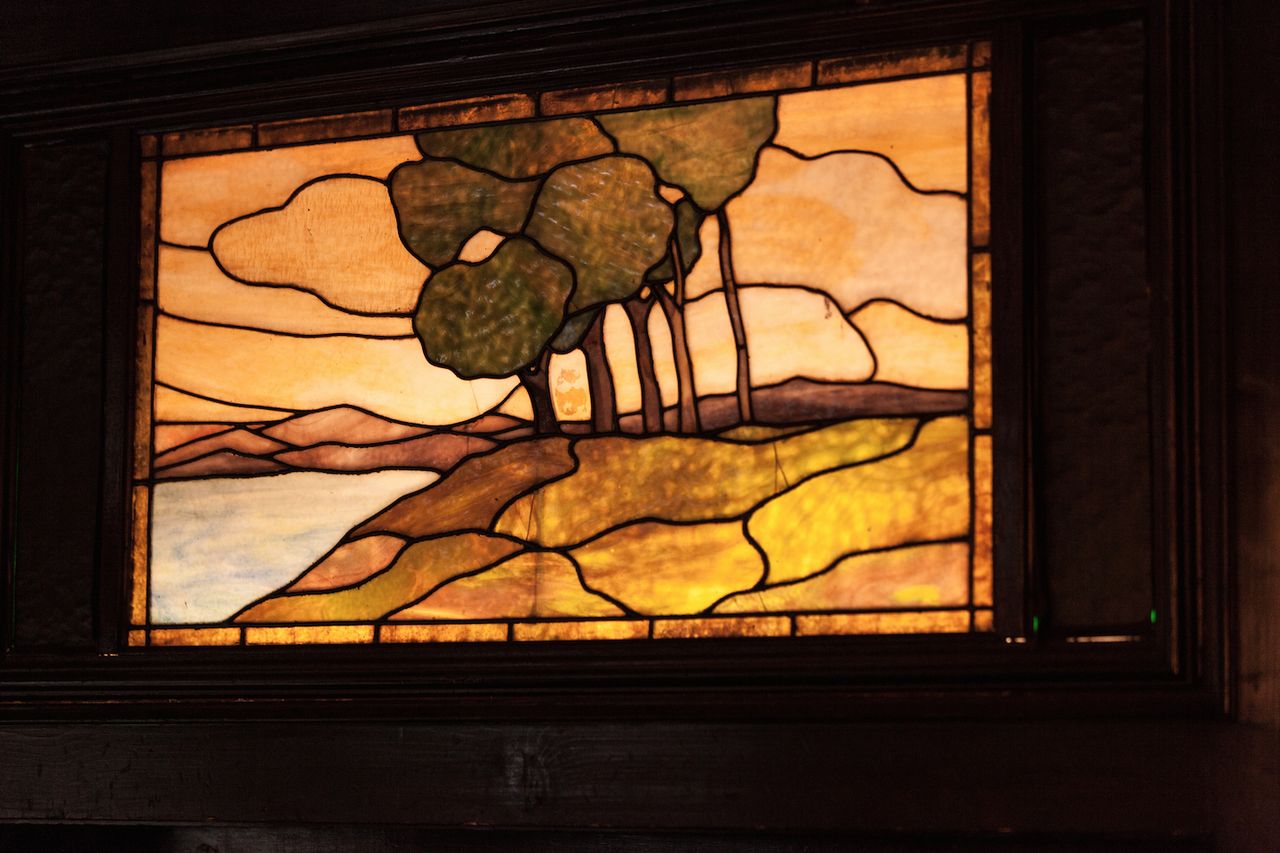 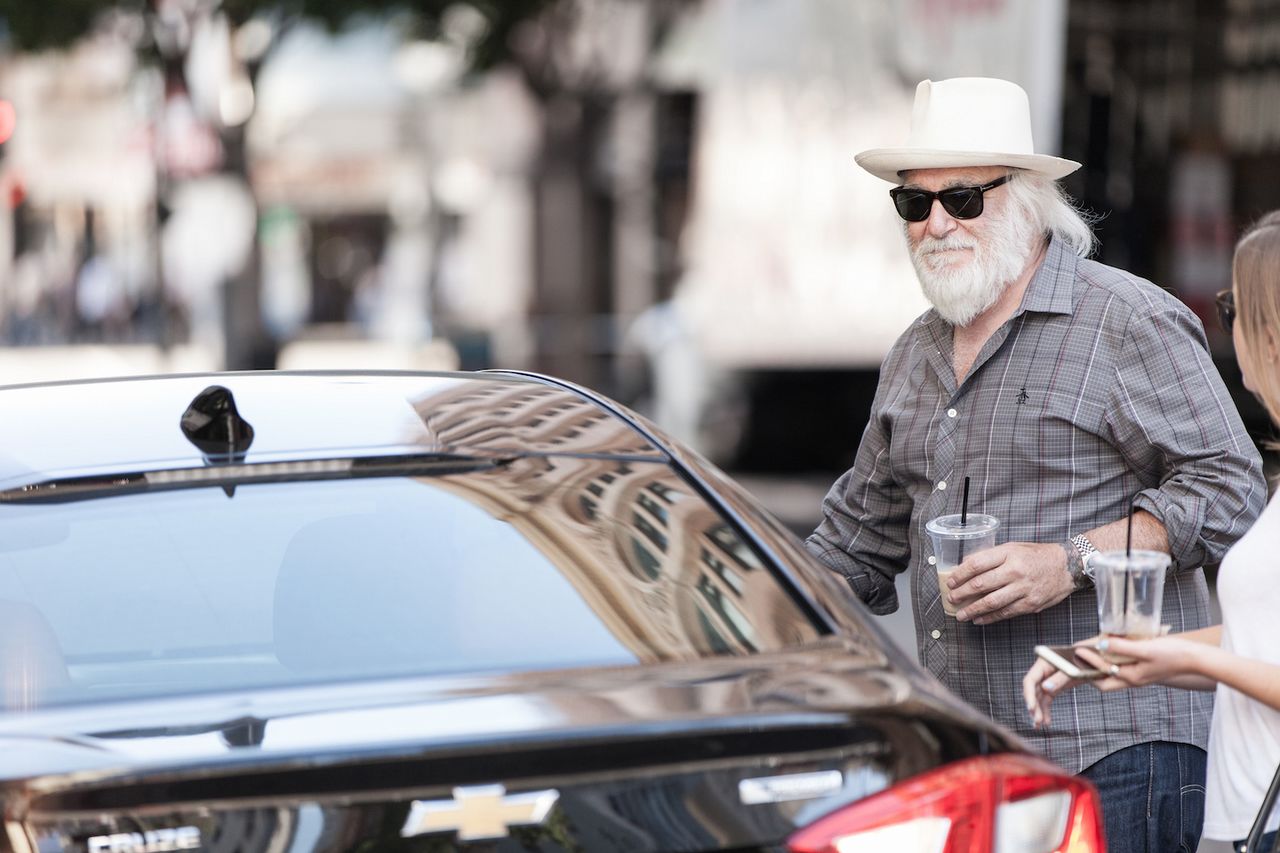 Back in the car, we discuss how the presence of art has developed in Downtown LA since the 1980s.
How have you seen DTLA change since the 80s?
Ricki Kline: There has always been activity here. In the 80s, there were all kinds of underground things going on at galleries in what is now called the Arts District. It was all illegal stuff. Downtown has always been a studio backlot— ‘Every City, USA’, which is getting harder to do. The Arts District isn't really the Arts District anymore. But one of the things I’ve always loved about downtown is that there's amazing public art. There are beautiful sculptures all over the place. Unless you get out of your car and walk around, you're never going to see it.
Our next stop is Prank in South Park, which is still under way, but features some playful construction art of its own on the exterior. 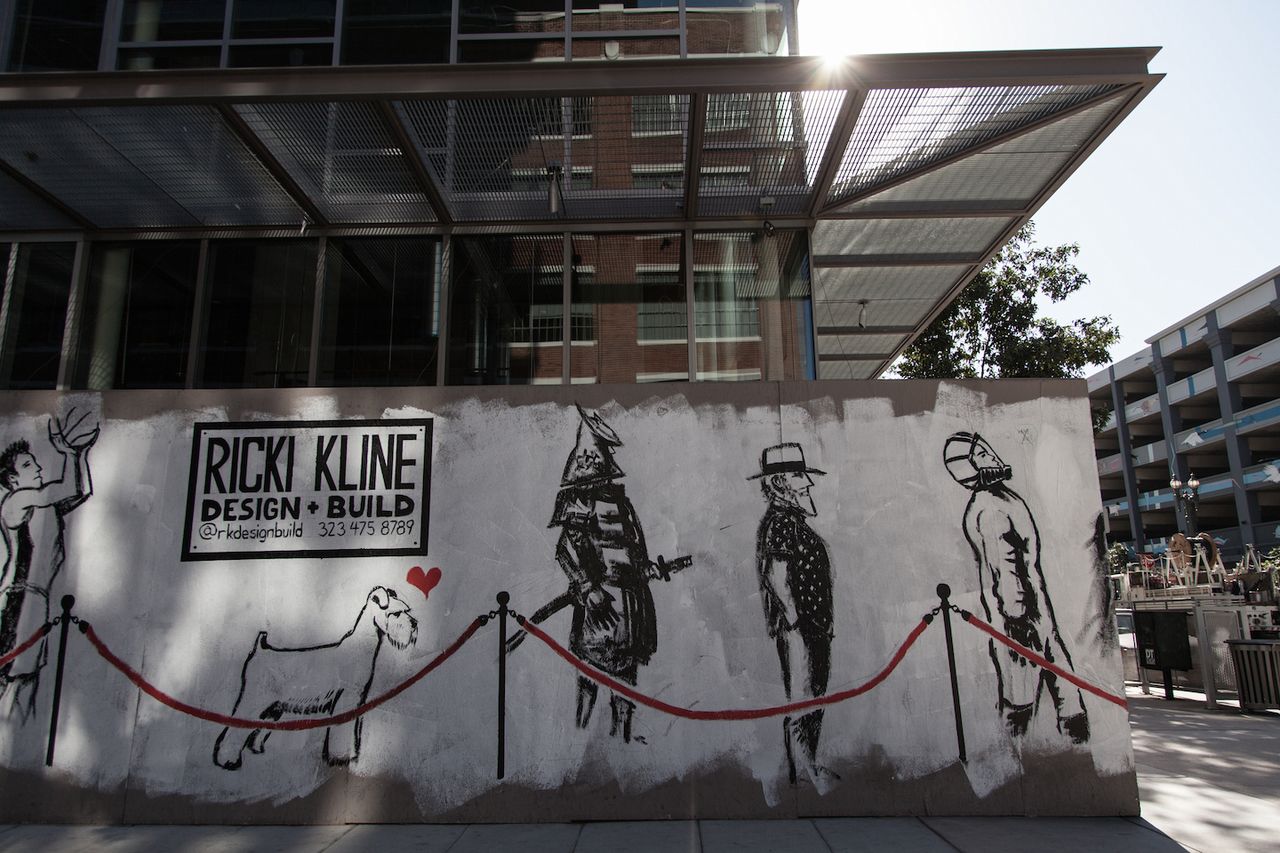 Ricki Kline: Prank is a completely different vernacular than what you’ve been seeing from us. This building is all windows all the time. It’s vaulted, open and modern. But it’s detailed so it’s got scale and presence with the wood paneling, and I also love the tile at the center. Then there’s going to be an upstairs bar. The funny thing about upstairs bars is that they suck everyone up, just like at Broadway Bar. People want to be up, looking down. I guarantee people will be hanging out on the stairs, too. I think of stairs as furniture. 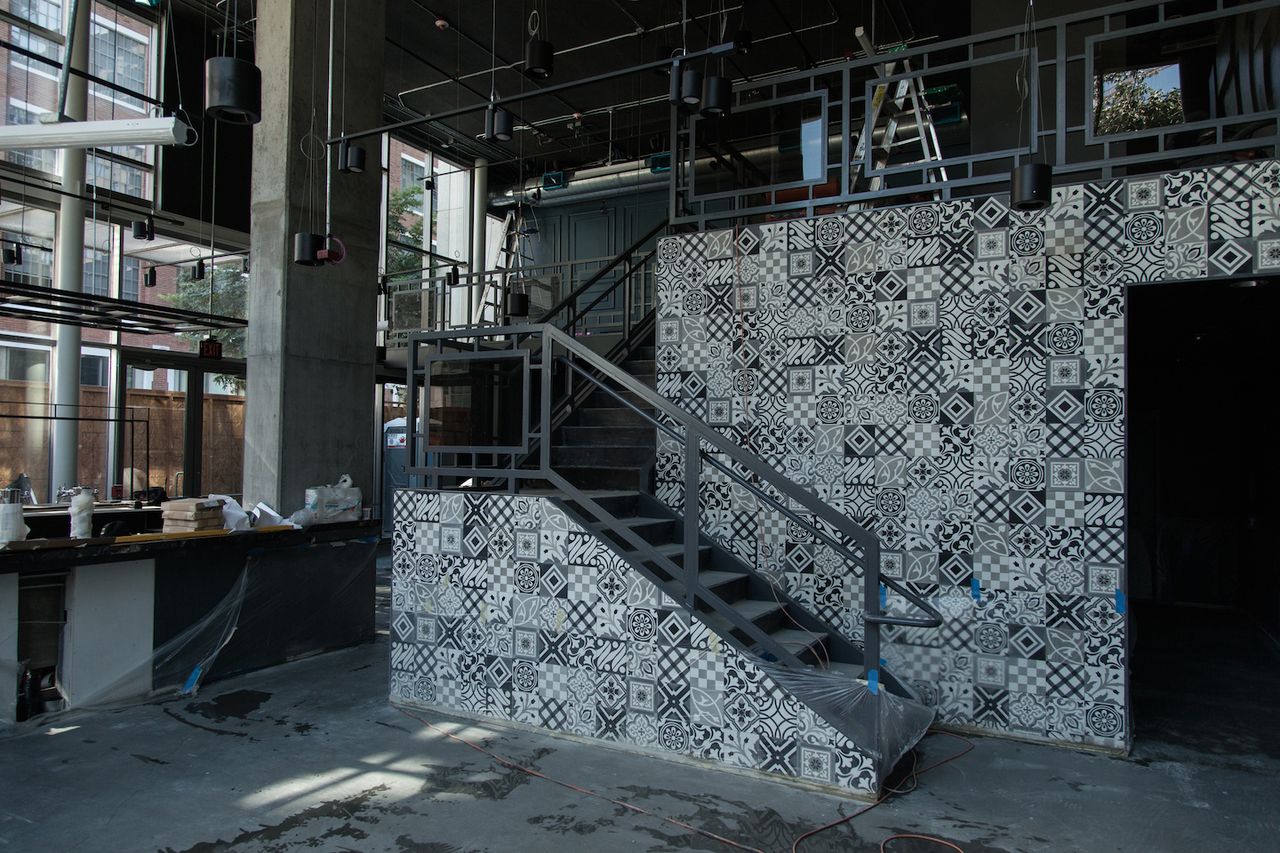 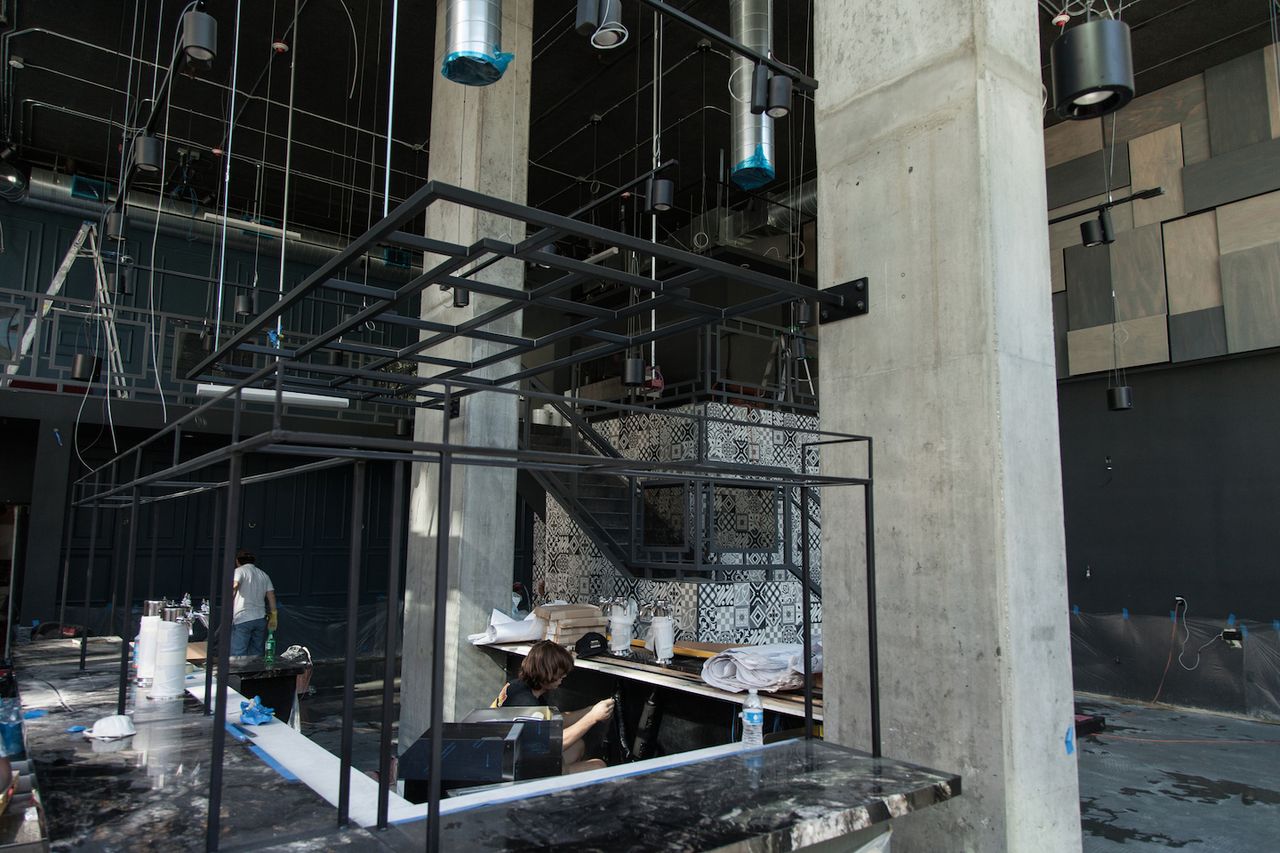 We pull away and notice all of the industrial cranes, which look like big ominous dinosaurs watching over the city. We turn onto 7th Street and Ricki lights up:

Ricki Kline: Now this—[gestures toward the Piñata District on Olympic Blvd.]—this is called Piñata Street. You must come down here is on Saturday or Sunday. There are 30 or 40 illegal food stalls open where you can get a taste of all over Mexico and Central America. Just bring cash ... they don't use Square!

Now, we park our car for the last time, as the last three bars on the tour are within walking distance. First stop: Brack Shop Tavern, which opened in mid-September. Sweet dreams, sweet Chevy. 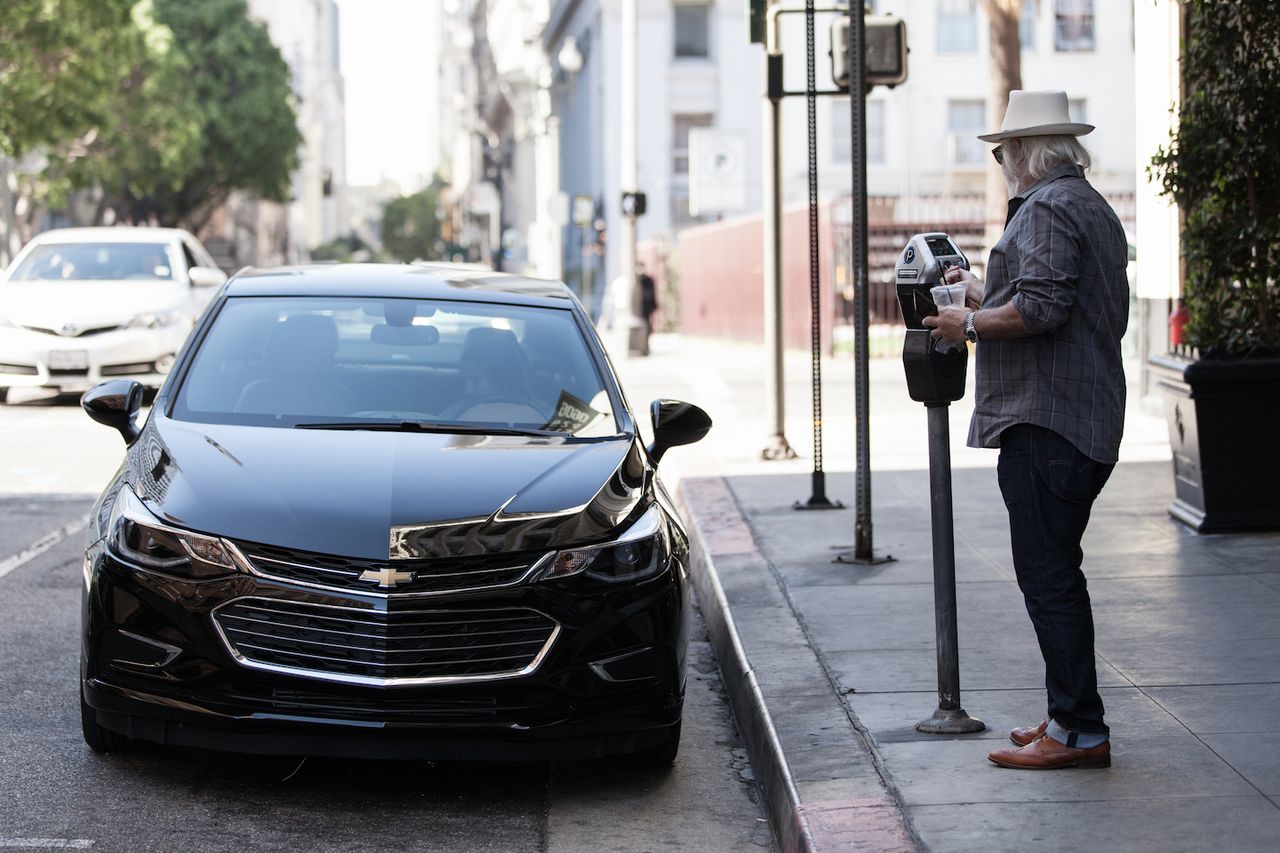 Ricki Kline: This was an interesting project. I built it a year ago as Barrel Down. Barrel Down wasn't working and I told the client, if you don't change the management, there's no point. They finally took on Last Word Hospitality, on our recommendation and we did a flip. Now, it's working out really well. We tore out the back and added booths. We didn't want this to be a sports bar, but we wanted it to be a sports-friendly bar. 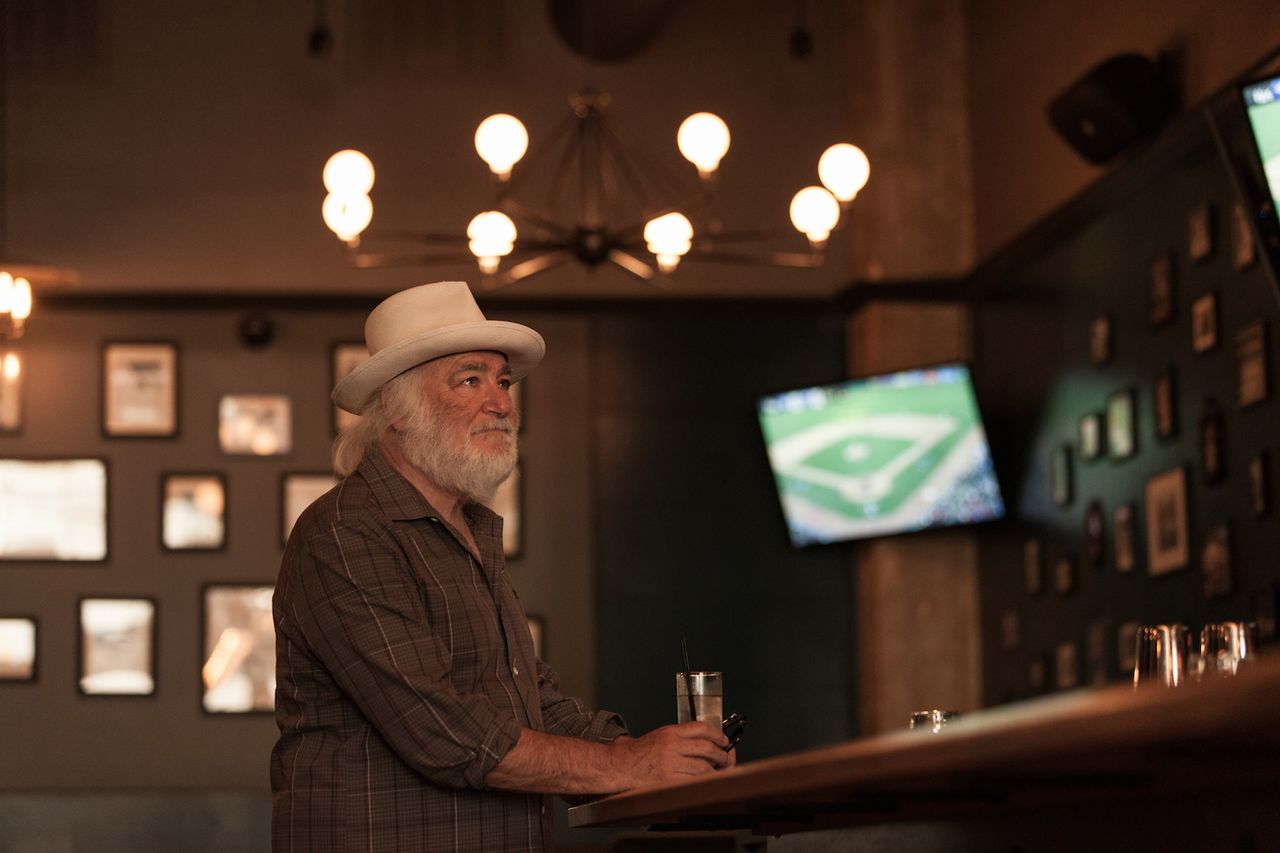 What’s the story behind all the photographs?
Ricki Kline: We wanted these pictures to be small to force people look at them [he makes his way across the photos] ... There's Dodger Stadium… This is 7th street … There's the Coliseum. We got these photos all over, online at swap meets. And then we have some vintage sports headlines to bring you into that world. 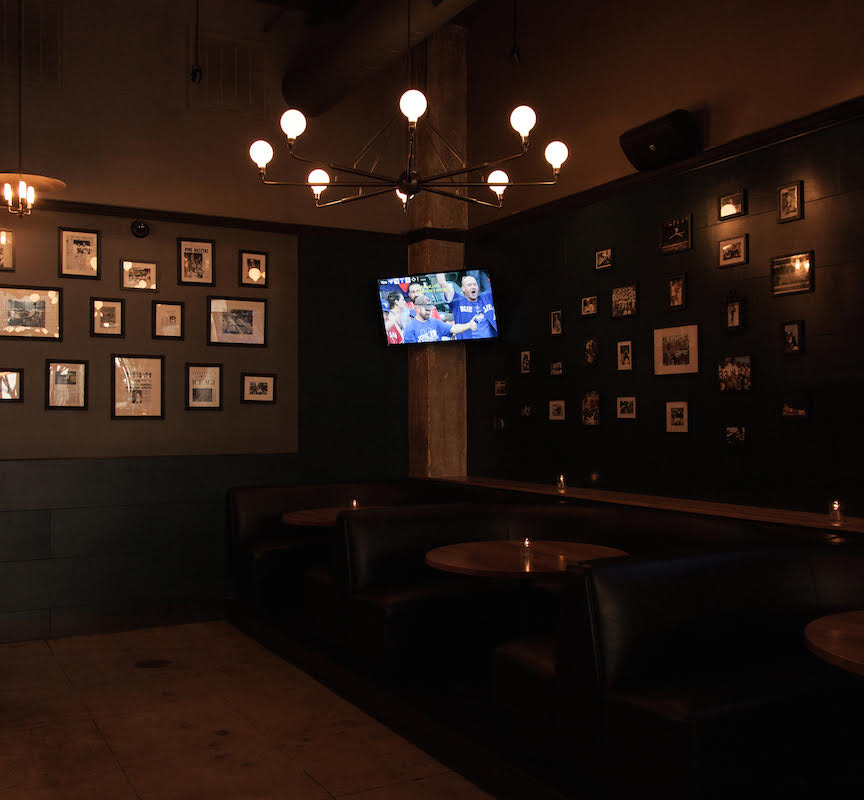 As we stroll from Brack Shop to the most iconic whiskey bar in LA, Seven Grand, Ricki bumps into a realtor he knows on the street. They embrace. Ricki tells him we’re touring some of the bars he’s designed in the area. The realtor’s response?

“You’re in good hands. You're with the mayor!” 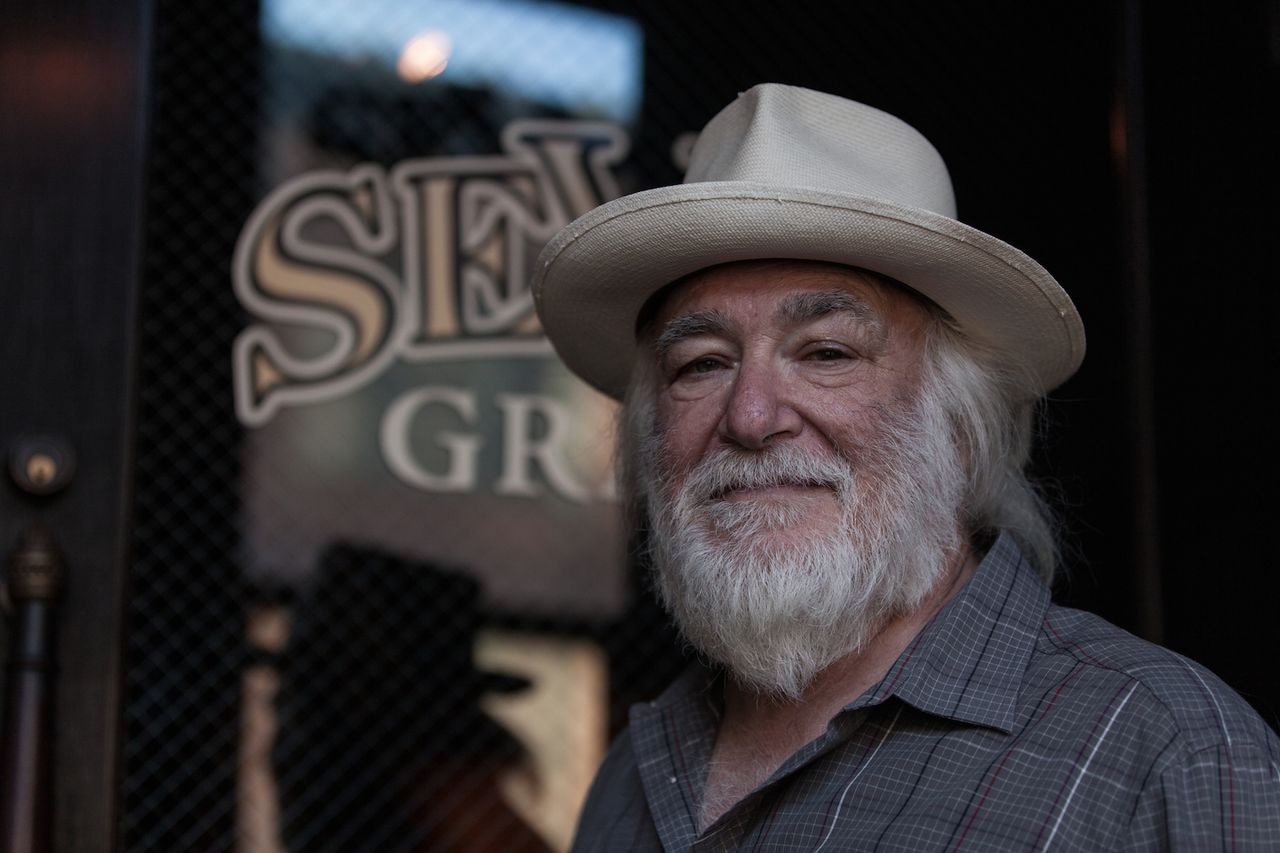 Ricki Kline:  Wherever you are, whiskey is always about the stag, deers and hunting. The Scotch-Irish culture of whiskey has transcended to the United States. So I brought it here. I love a good plaid. It can be so rich and it can be campy. This place is a combination of found wood work and new wood work. I'm pretty millwork heavy as a designer. I like moldings, I like paneling, trim and coppered ceilings. I like detail. I think detail provides scale. 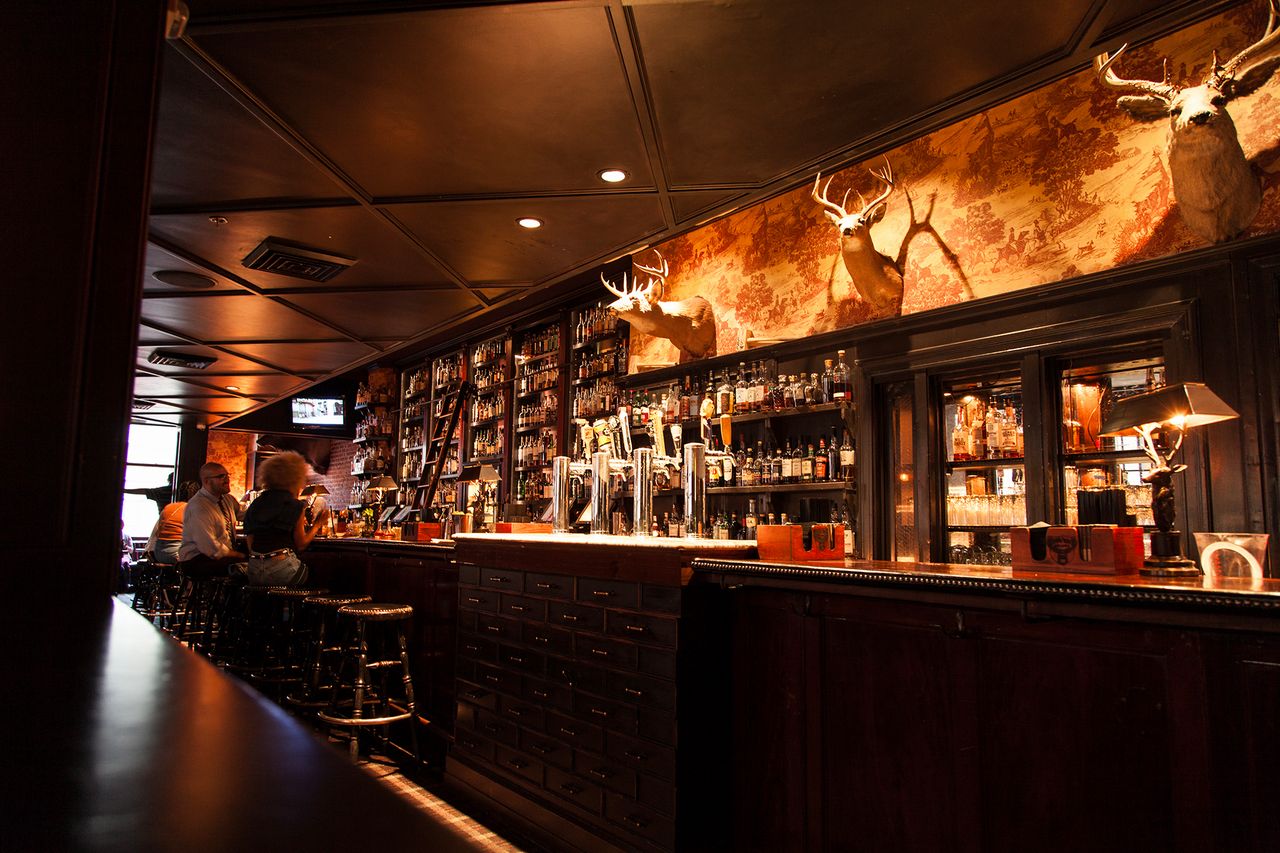 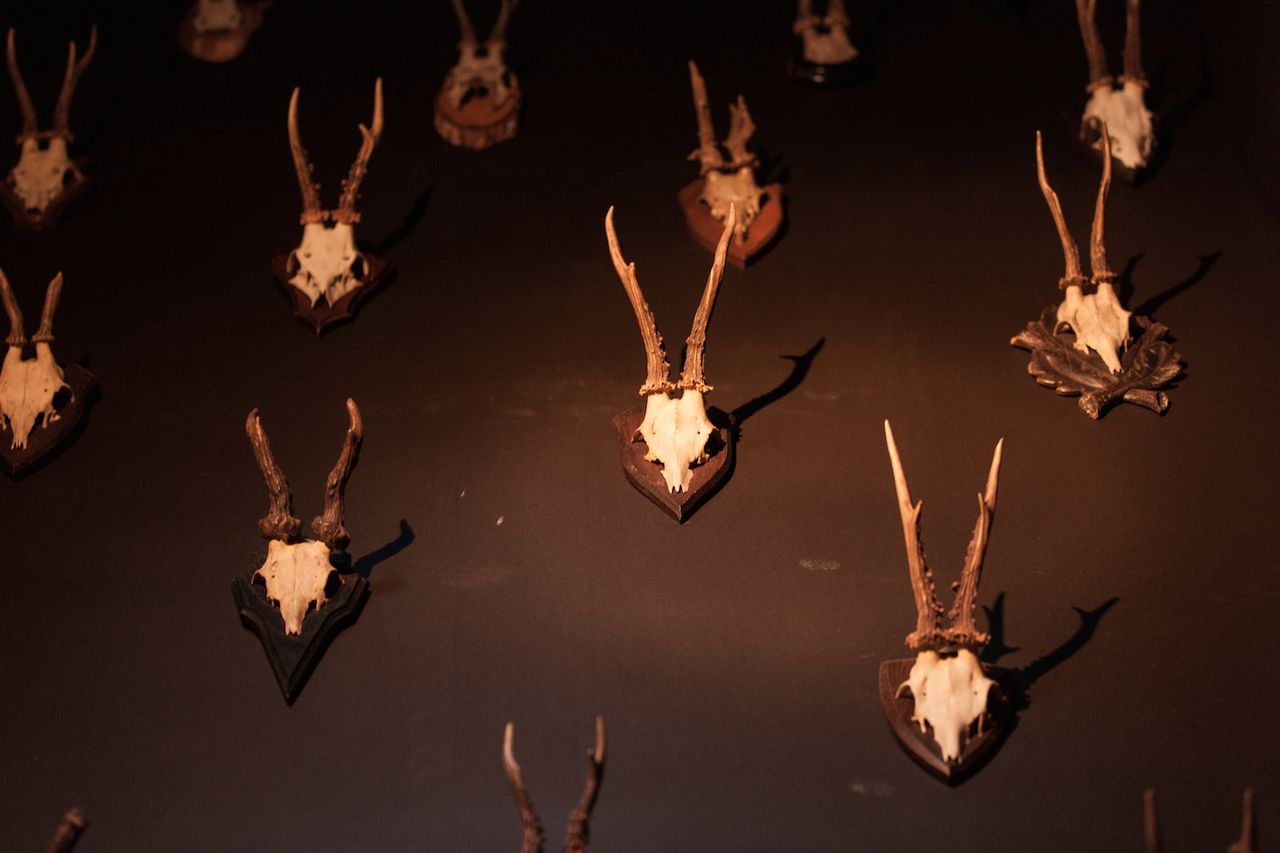 What’s your favorite aspect of the bar?
Ricki Kline: Pool tables were crucial to me when we did this. And operations fought me on them—thought they take up too much room. To me, pool tables are about interface for strangers. You get to meet people you don't already know and it’s a great activity. I am very pleased with them. 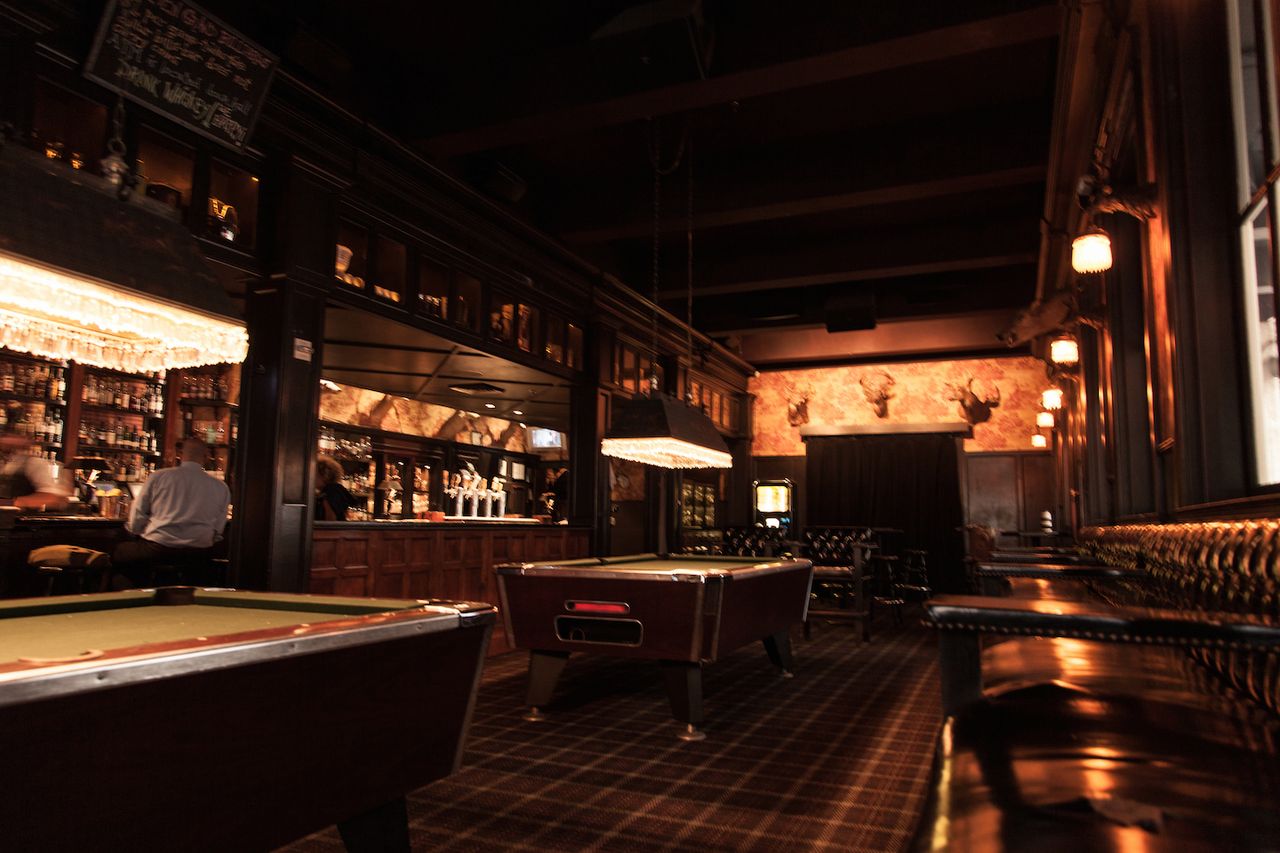 By this point, it’s barely 5 p.m., and we’ve already been through six of Ricki’s projects.

Which of your bars in DTLA is your favorite?
Ricki Kline: It’s tough to pick favorites, but Seven Grand was a true gift. It was a great place to work with. I had a super clear vision and access to great materials.
Our last stop on the tour is, ironically, Ricki's oldest standing bar in Downtown:

Ricki Kline: We did Golden Gopher in 2003. Cedd Moses was on this project, too. The place was a mess. There was literally one bottle behind the bar and that was it. It was a straight up drug dealing place. Cops were busting people in here constantly. So, we had to re-character the entire building. We tore out all the shoring, everything. 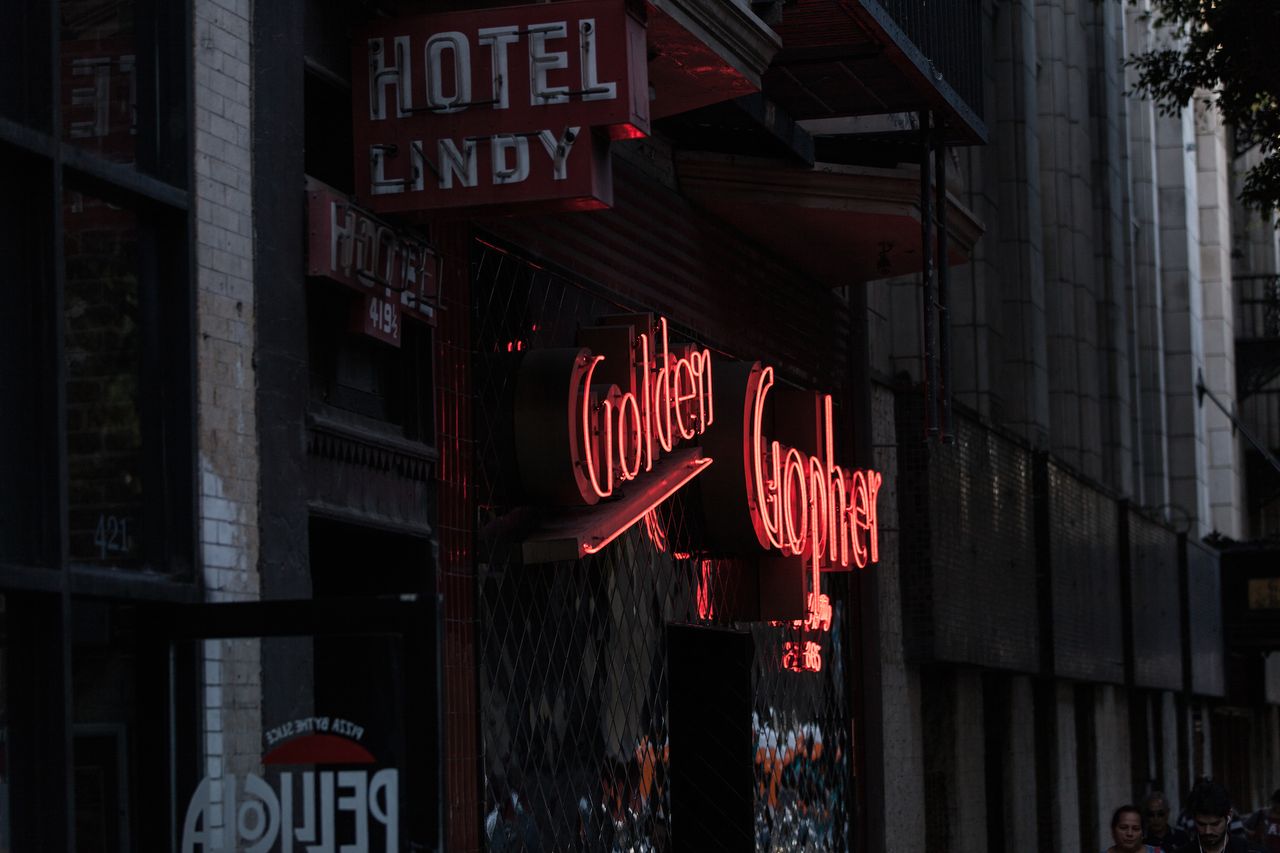 How would you define the Golden Gopher's aesthetic?
Ricki Kline: This is the Rolling Stones meet Liberace. It's a real rock ‘n roll aesthetic, but we have a lot of glitz and glamor—crystal and chandeliers. [Ricki pauses to order a Barrel-Aged Sazerac.] If you want a little history, the bartop is a beam from a building that was being torn down on Spring Street. But one of the things I love about this place is that it's got one of the best sound systems. It cranks. I also love the juke box. There's nothing like a tangible juke box. 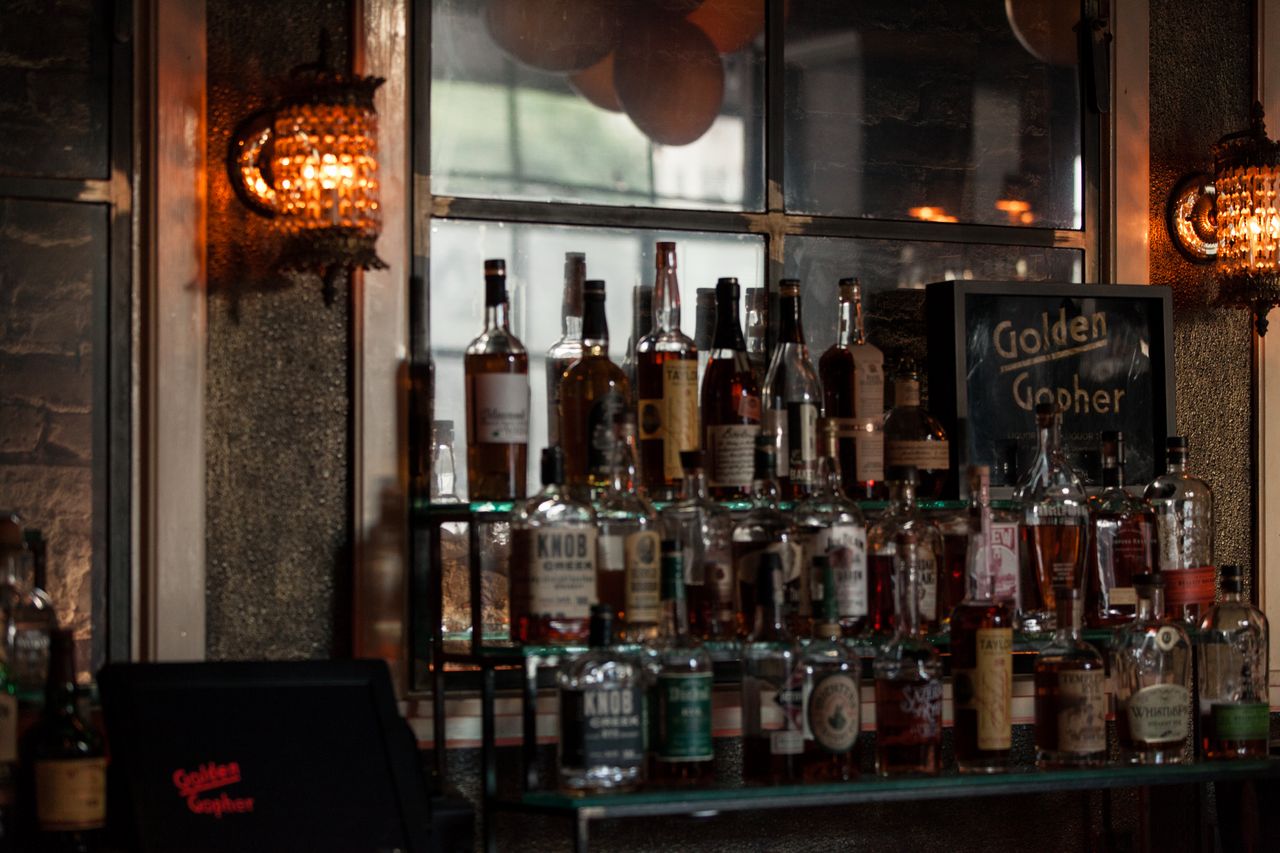 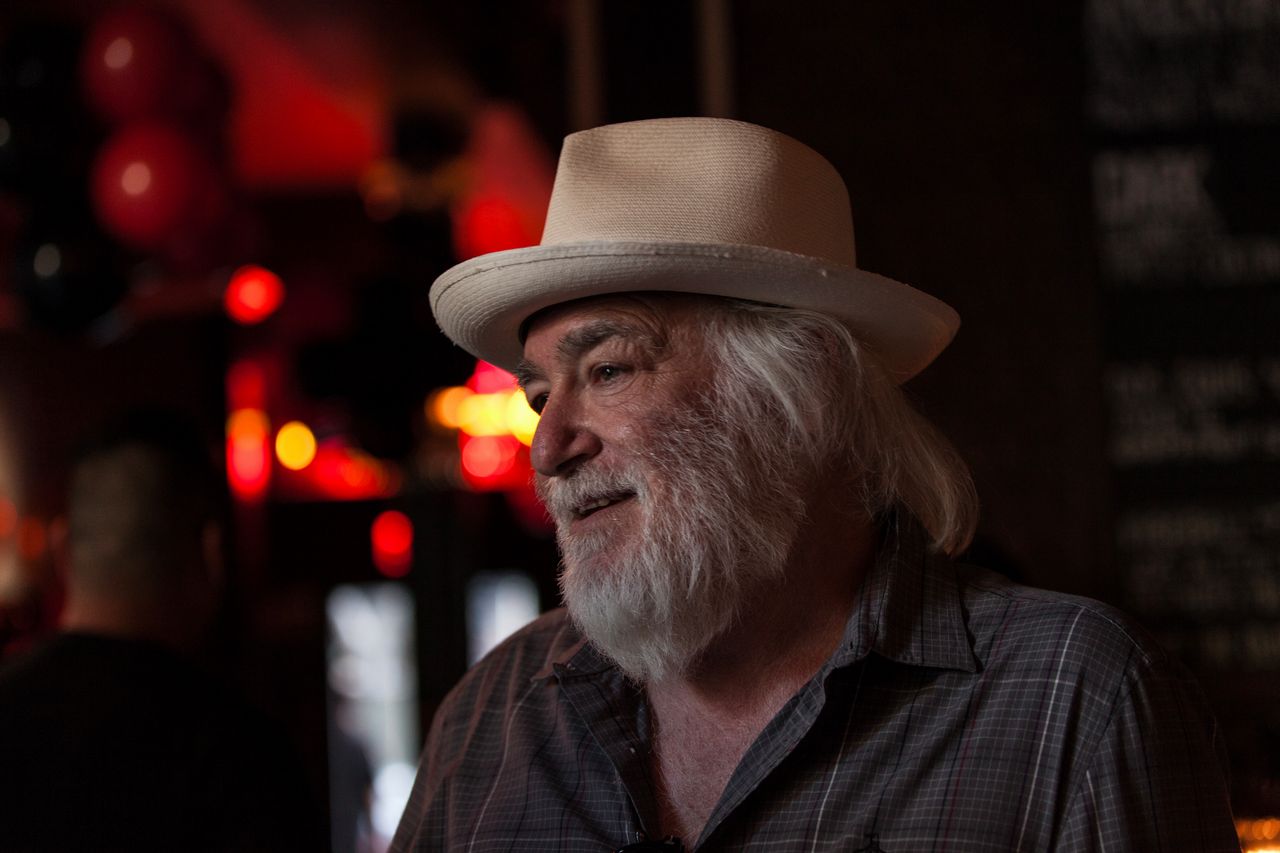 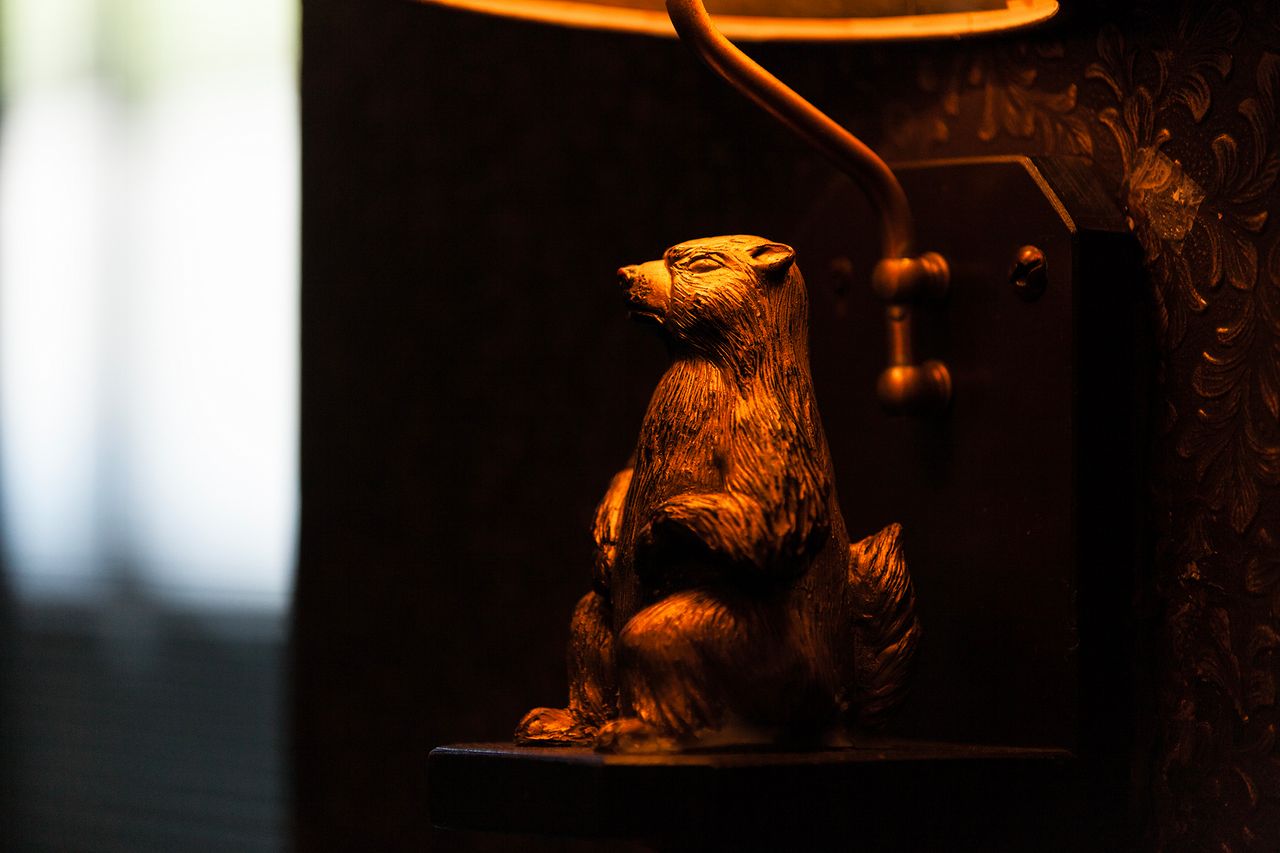 Perhaps Ricki's favorite aspect of the bar is the angry gopher lamp fixtures, which are a popular item to steal (especially among USC kids). Apparently, one patron stole a gopher, traveled the world and photographed the little guy in each destination like the Travelocity Gnome.

"Every project has its horror stories," laughs Ricki.

Arden Shore is the editorial director at Citizine. See what catches her eye at @ardyparty.