How to Stay Fit Like an LFL Football Player

NFL football season is in full swing, especially in Los Angeles where our beloved Rams have finally returned. But did you know that we also have our own incredibly skilled women’s team that deserves your recognition and support?
The Los Angeles Temptation are part of the nationwide Legends Football League (LFL), a competitive 7-on-7 women's tackle football organization. Some may remember it as the Lingerie Football League (which began as the Lingerie Bowl during halftime of Super Bowl XXXVIII).  For a time, players dressed in little more than push-up bras and lacy underwear—which certainly got them noticed, but as sex icons rather than athletes.
Fast forward to 2013, when the league rebranded to better reflect the players' athletic prowess. The women still wear two piece uniforms with plunging necklines that expose more butt cheek than, say, the Coppertone baby, but the new sportier look isn't too dissimilar from that of a professional womens beach volleyball player or body builder. 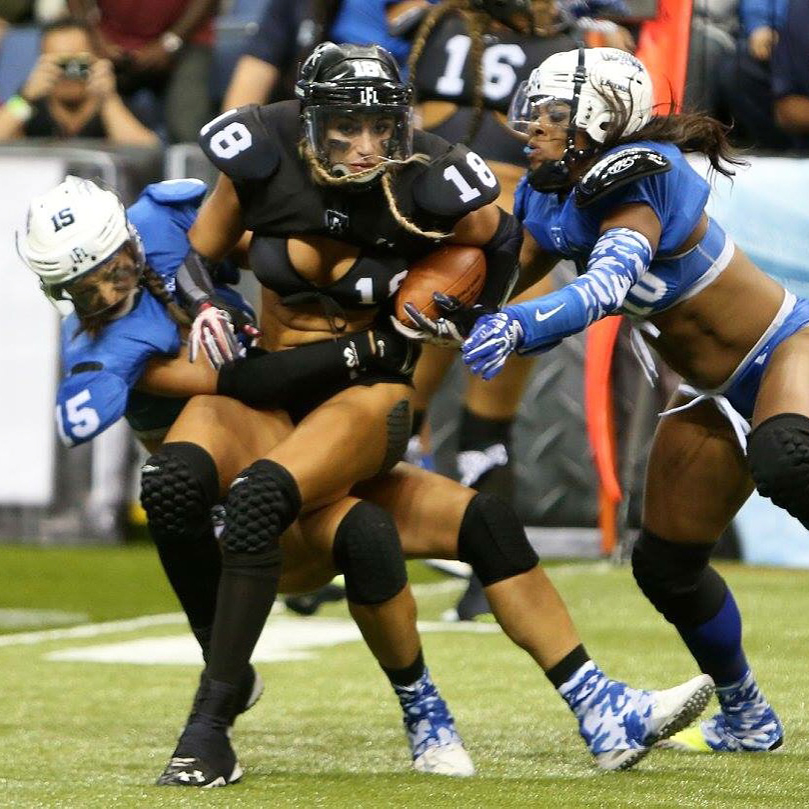 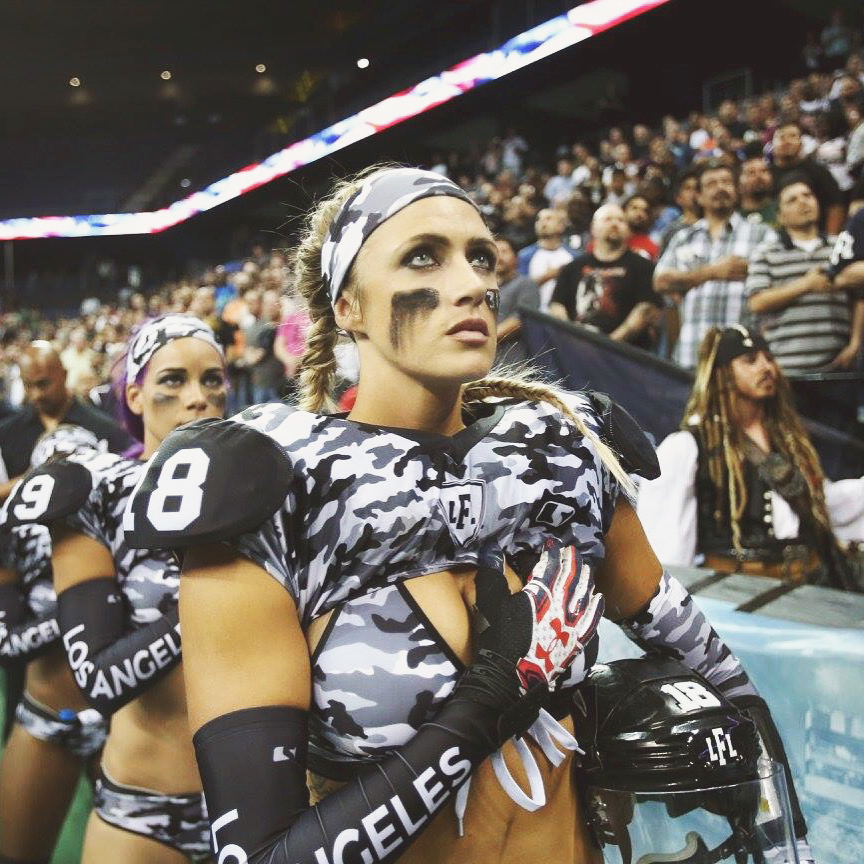 Over the years the “lingerie” tag has continued to prevent the league from being taken seriously by many, which is a damn shame because if you stop and actually take a look beyond the garb, you’ll see that these women are incredibly powerful athletes who have been subjected to the oppression of the male gaze.

Enter wide receiver, Cynthia Schmidt. She comes from Indianapolis, and after three years playing for the Las Vegas Sin, she moved to Los Angeles to play for the Temptation. Take one look at Cynthia and it’s pretty clear that she could kick your ass in the gym—I’m talking to you, gentlemen. So how did she get involved in the LFL?

“I was in my freshman year of college and saw a flyer about a women’s league but I thought I was too little, so I got scared,” she laughs. “ Eventually a friend convinced me to try out and I got selected,” Cynthia says.
Three years ago, she decided to attend trials for the LFL and was snapped up by Las Vegas. 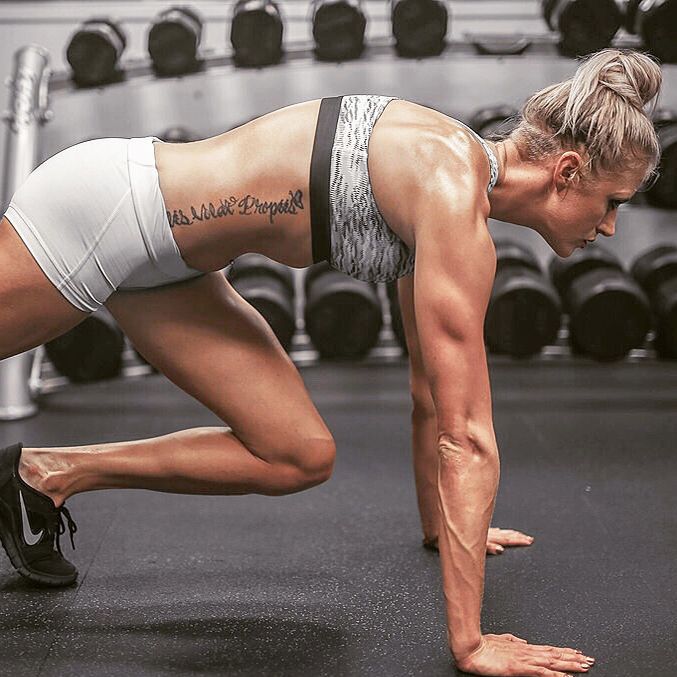 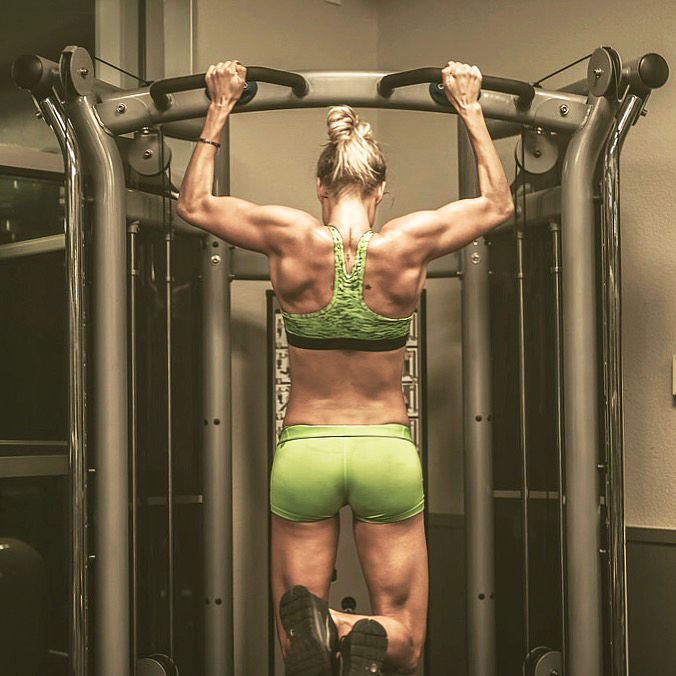 The LA Temptation play at Citizens Business Bank Arena in Ontario and the season runs from April through August. But until the LFL can secure more funding, only one game in the league is televised each week on the Fuse Network. That means that each team only plays four times per season. If Tom Brady was a lady, she would be screwed.

“Sometimes you get two games in a row but other times you have to wait an entire month to play again. So we just keep training and training,” she says.
Though the season is not as fully-loaded as it should be, the women don’t dare treat it like a hobby. On the field they’re fast and tough as hell, and injuries are common. Cynthia has separated her shoulder and suffered several concussions. Off the field, they dedicate themselves to being in perfect shape.
Although the NFL continues to hoard the limelight, Cynthia’s still a super fan. She’s been to both the Rams’ pre-season opener and their official season opener at The Los Angeles Memorial Coliseum already. But watching football doesn’t exactly tone your body (right, Sunday couch-referees?). So how does she stay football-fit between games?
Get Citizine Updates Here 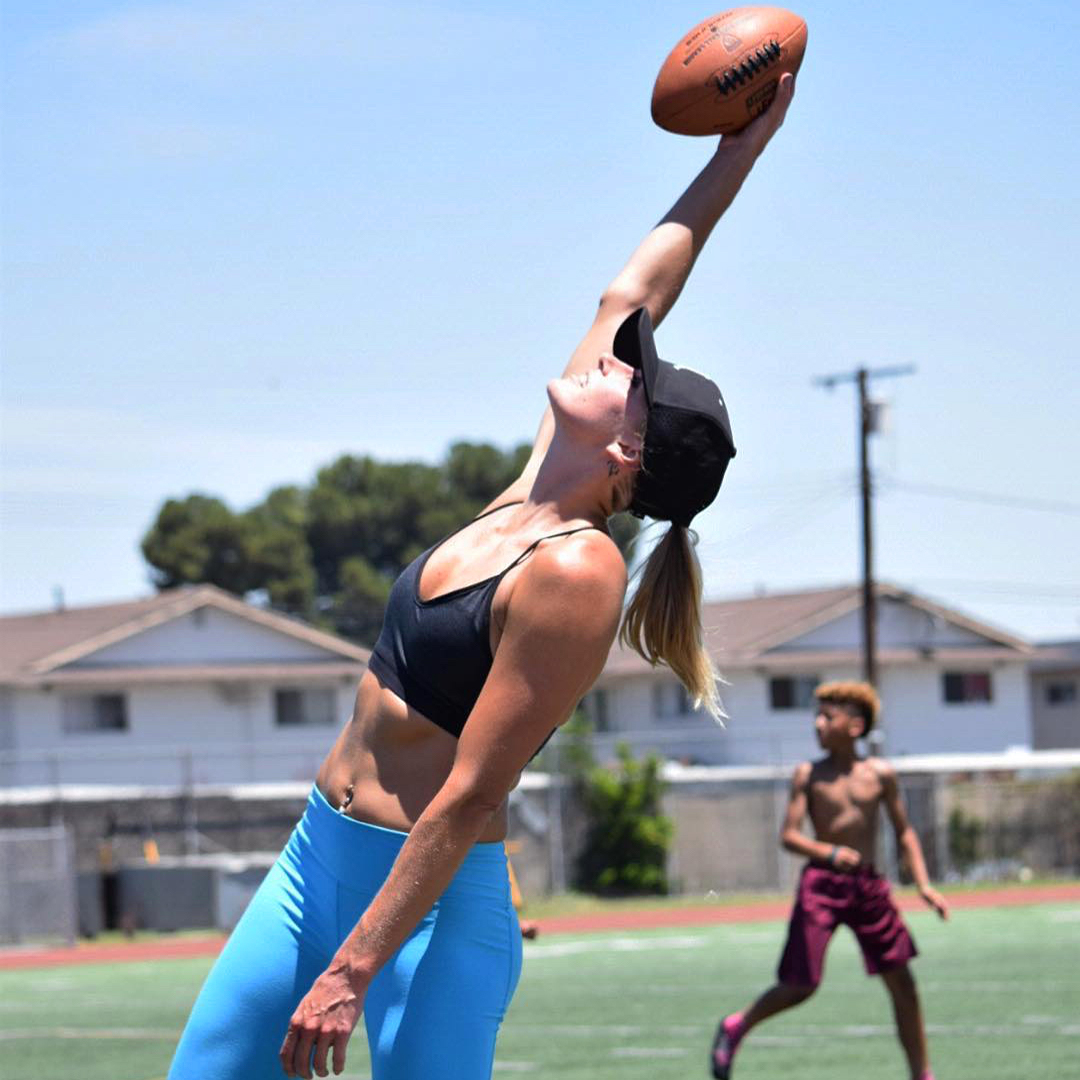 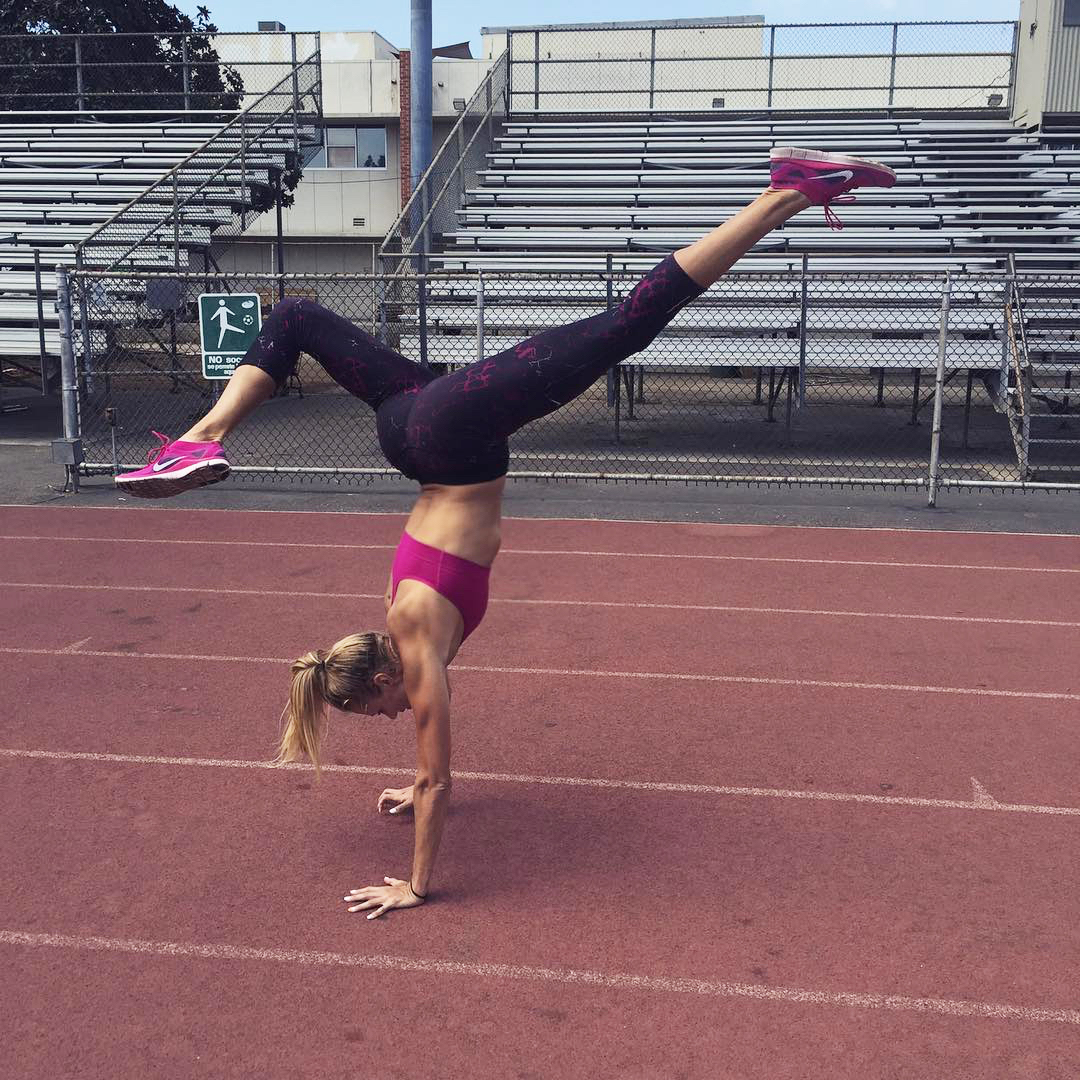 Playa Del Rey
Cynthia Schmidt: When I work out on the beach, it's mostly footwork related — ladders, cone drills. I like doing these drills on the beach because the sand works as resistance to help increase speed and explosiveness and it's also easier on the body. 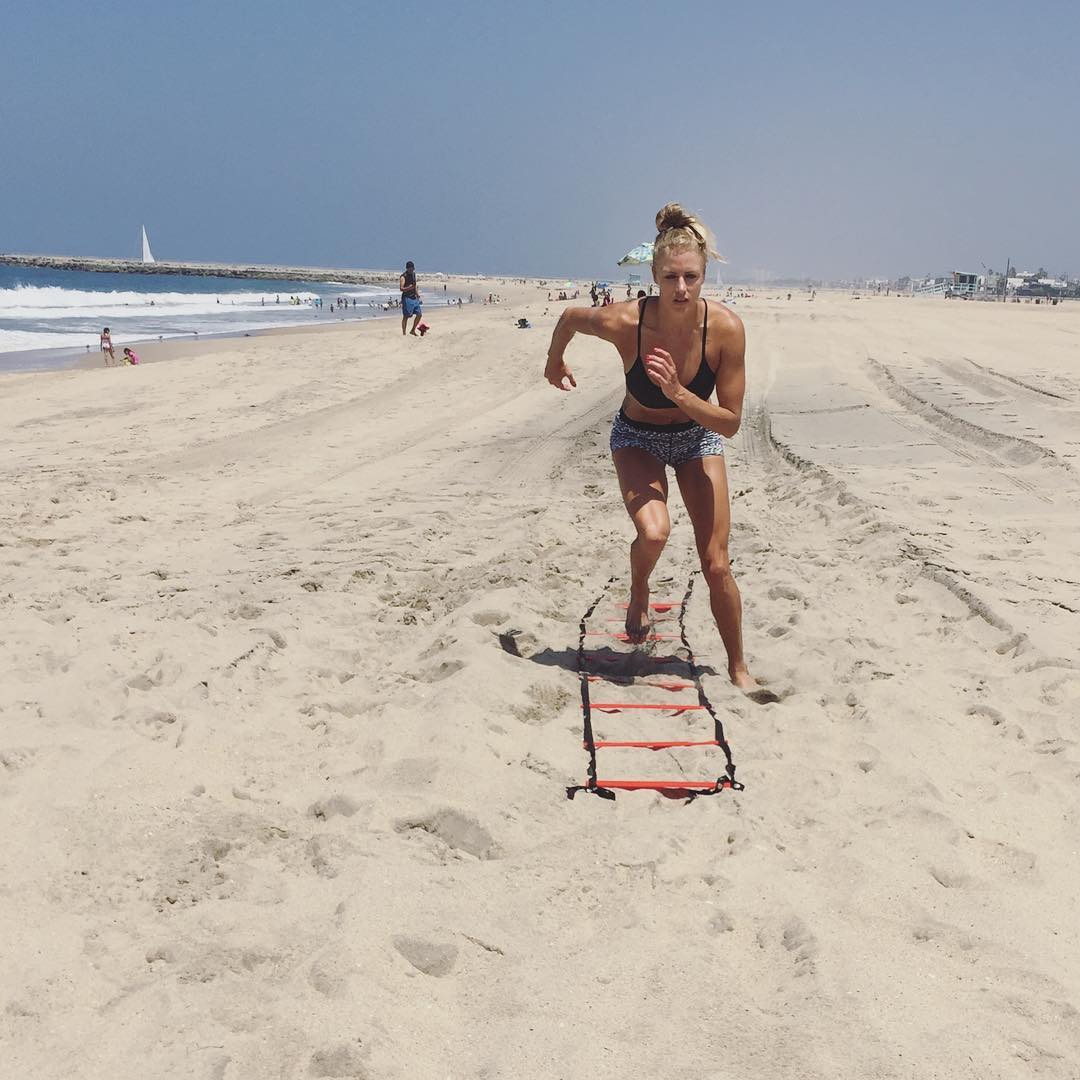 Hollywood Hills
CS: Runyon is a nice workout because the scenery is so beautiful and it's very peaceful and refreshing. 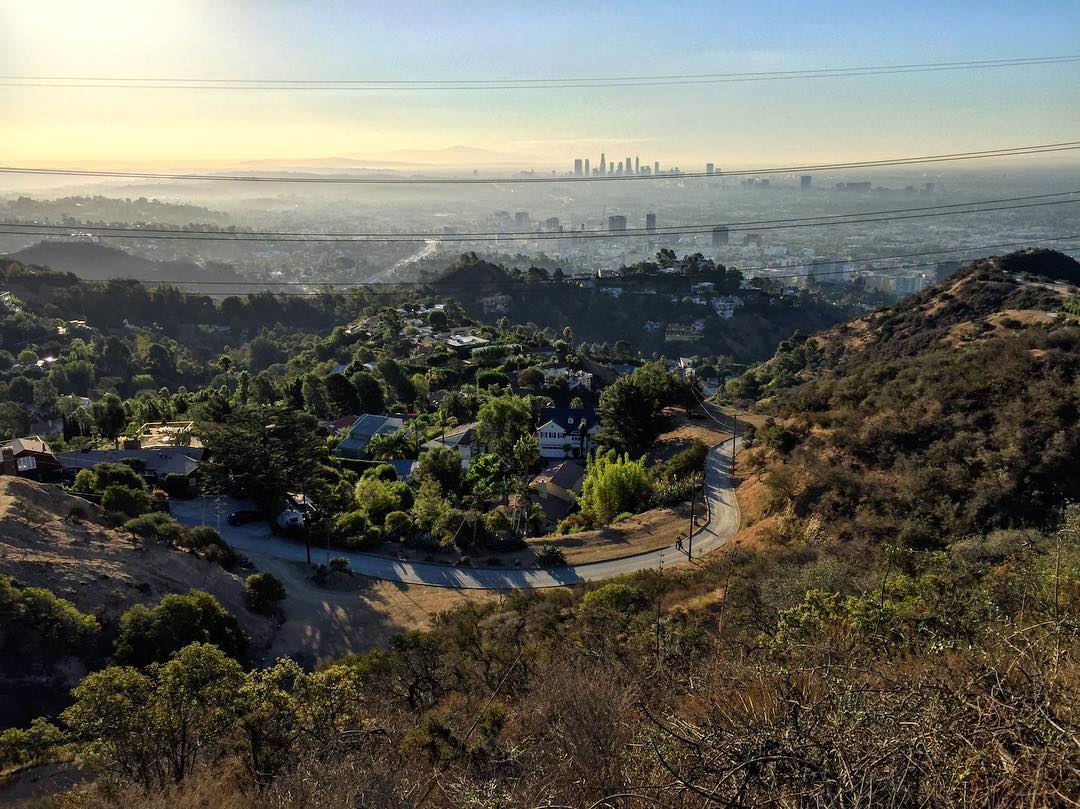 Van Nuys
CS: Athletic Gaines is the gym I trained at in Vegas and they have a location here as well. One of my trainers from Vegas, Darelle Noel, has been out here so I've been training with him. We do a variety of ABT (Athletic-Based Training).  It's usually a mix of speed and explosiveness work combined with strength training. 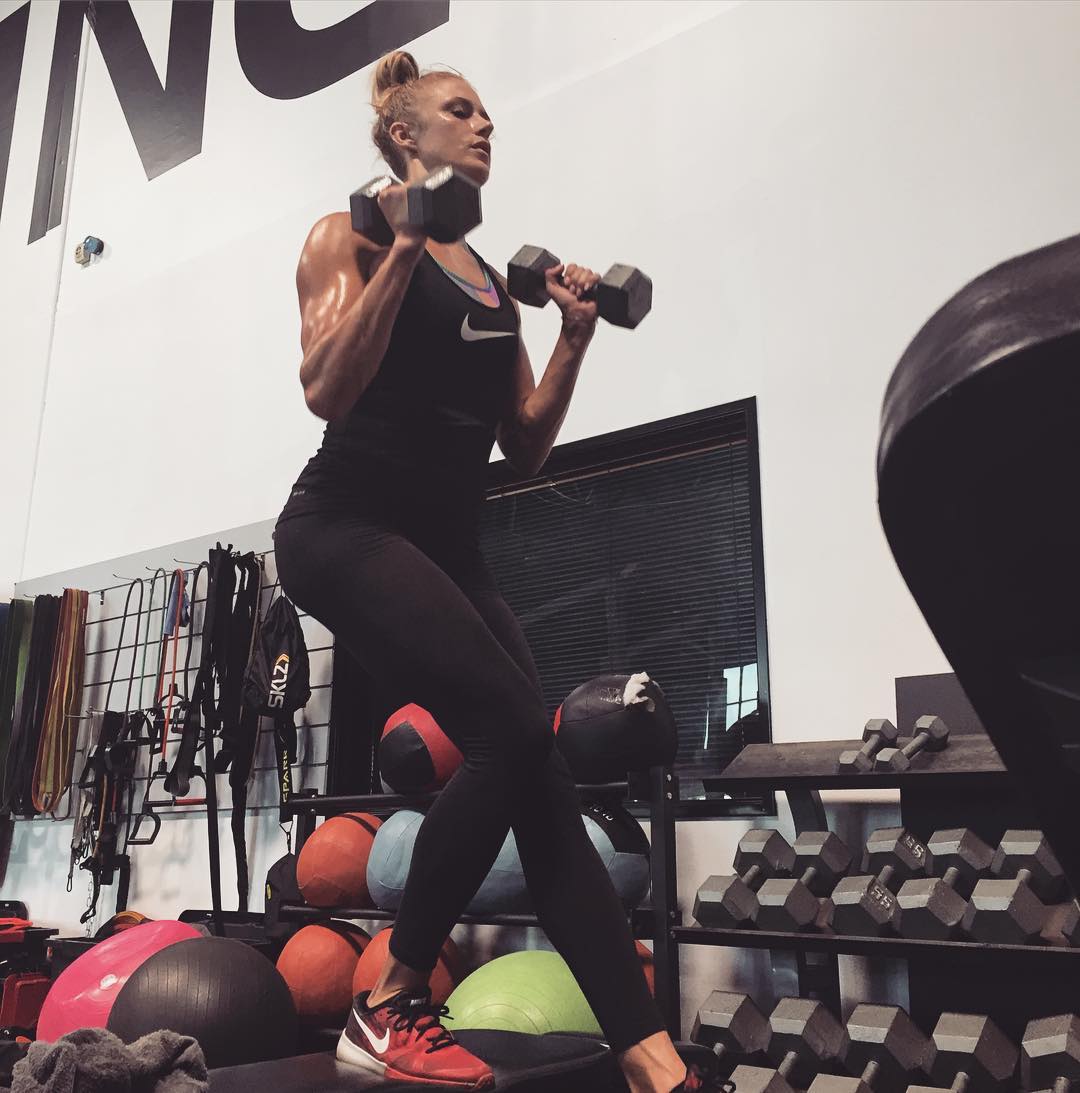 Westchester
CS: I go here 2-3 times a week for fast cardio in the mornings. I'll usually either do the stairmaster or treadmill sprints. 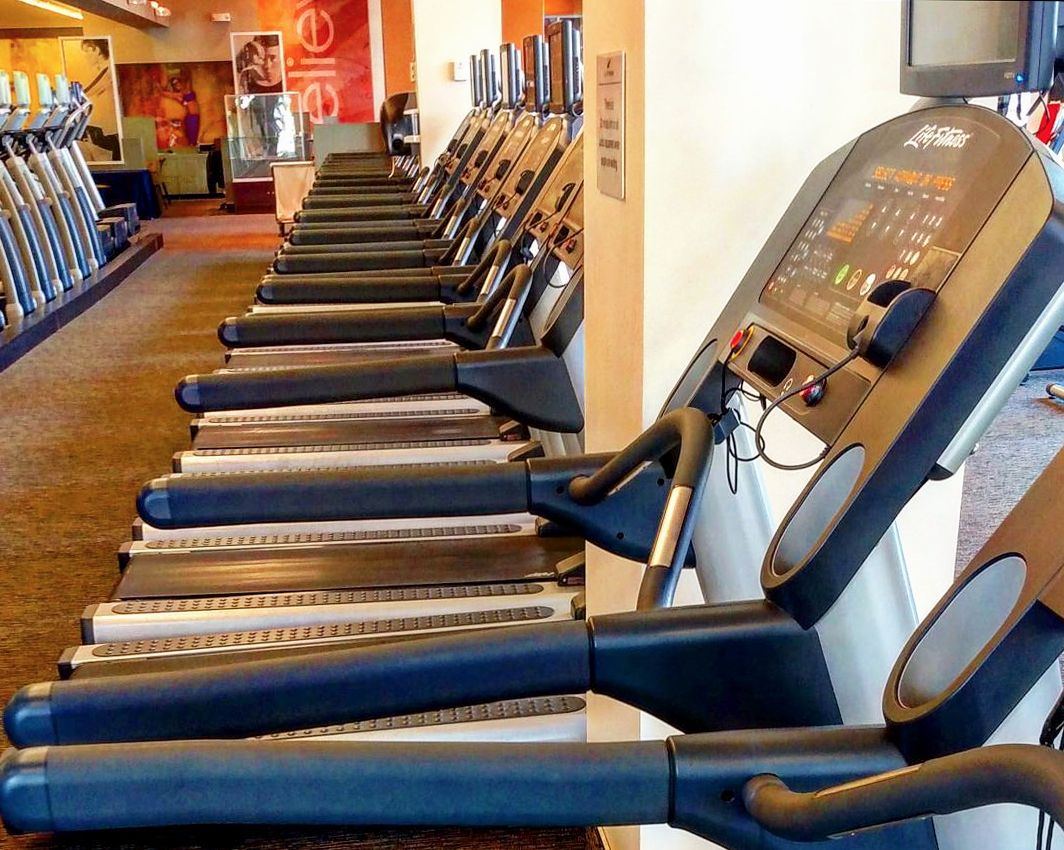 Marina Del Rey
CS: I love kale and they have a really good salami and kale salad here. 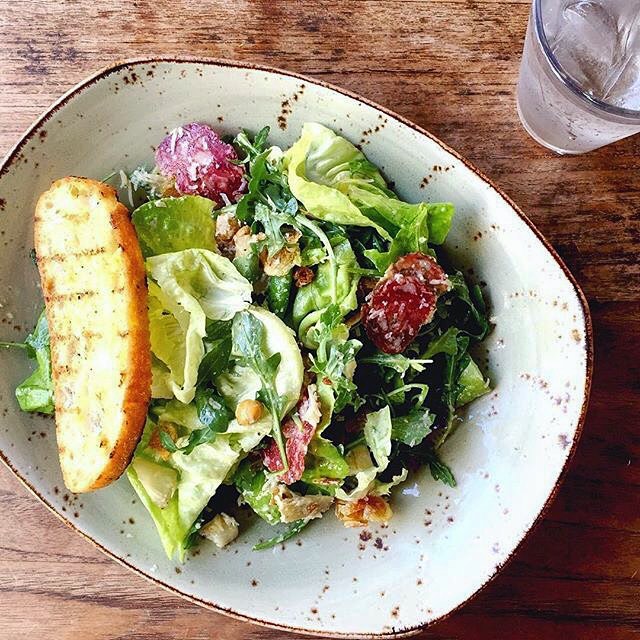 Playa Del Rey
CS: G’s is a Mexican health food spot. They have really good breakfast food. I usually get a green juice and the chicken feta omelet. 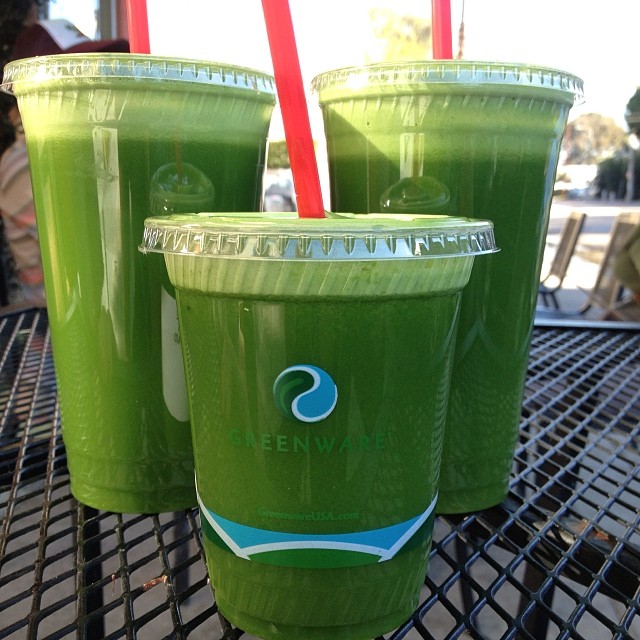 Santa Monica
CS: Really good salads and their BBQ chicken wrap is one of my favorites. 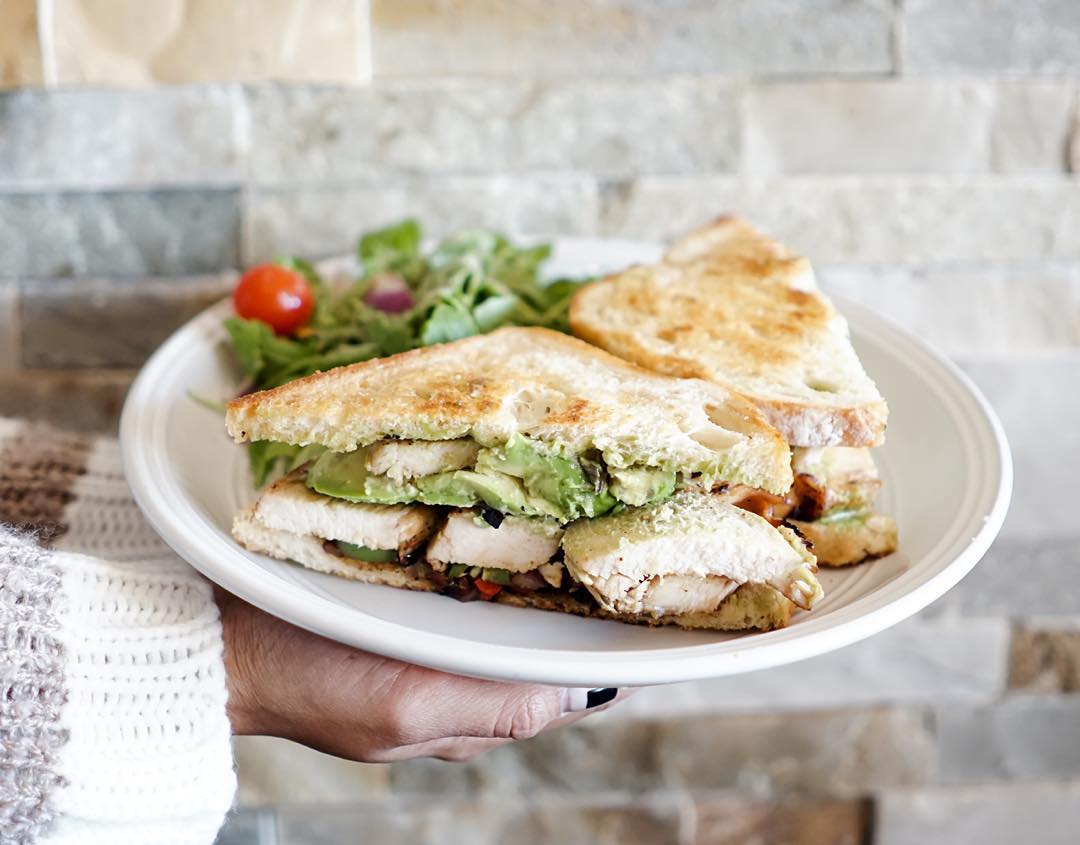