Get to know how the crescendos, people and flavors of Los Angeles inspire the maestro of the LA Phil

There’s nothing quite like seeing a performance conducted by Gustavo Dudamel, whose famous dark curls bounce along with the LA Phil’s orchestra like he’s a modern day, better-styled Beethoven. A performance by Gustavo, the Music and Artistic Director of the LA Philharmonic, is expressive and singularly spectacular. He moves and flows as though he is the personification of music itself, unifying the cacophony into a singularly chilling force of nature.
Born in Barquisimeto, Venezuela in 1981 (yeah, that’s right, he’s only 35 and we still haven’t figured out what we’re going to be when we grow up), Gustavo started his musical journey as a part of El Sistema.  This renowned Venezuelan school teaches music and conducting with a “here, now you go try” sensibility. Most importantly, many of the young members come from below the poverty line, and in Venezuela (and pretty much everywhere), a program like El Sistema can be the difference between falling in with crime and drugs or providing youth with the tools for success.
At El Sistema, older students are considered mentors for the younger ones, and professional musicians act as teachers and leaders.  This ideology has definitely left a mark on Gustavo Dudamel, who has brought El Sistema to Los Angeles through the Youth Orchestra Los Angeles (YOLA).
“Our work has changed the lives of many children in Los Angeles through music education,” he says of YOLA. “Now, nearly a thousand people are involved in the programs and they are working on creating orchestras within underserved communities.”
You probably saw some of these kids performing during the Super Bowl halftime earlier this year alongside Beyoncé, Coldplay, Bruno Mars and Mark Ronson. When was the last time an orchestra (let alone a youth orchestra) performed at something as meat-and-potatoes ‘Murica as the Super Bowl?
Get Citizine Updates Here 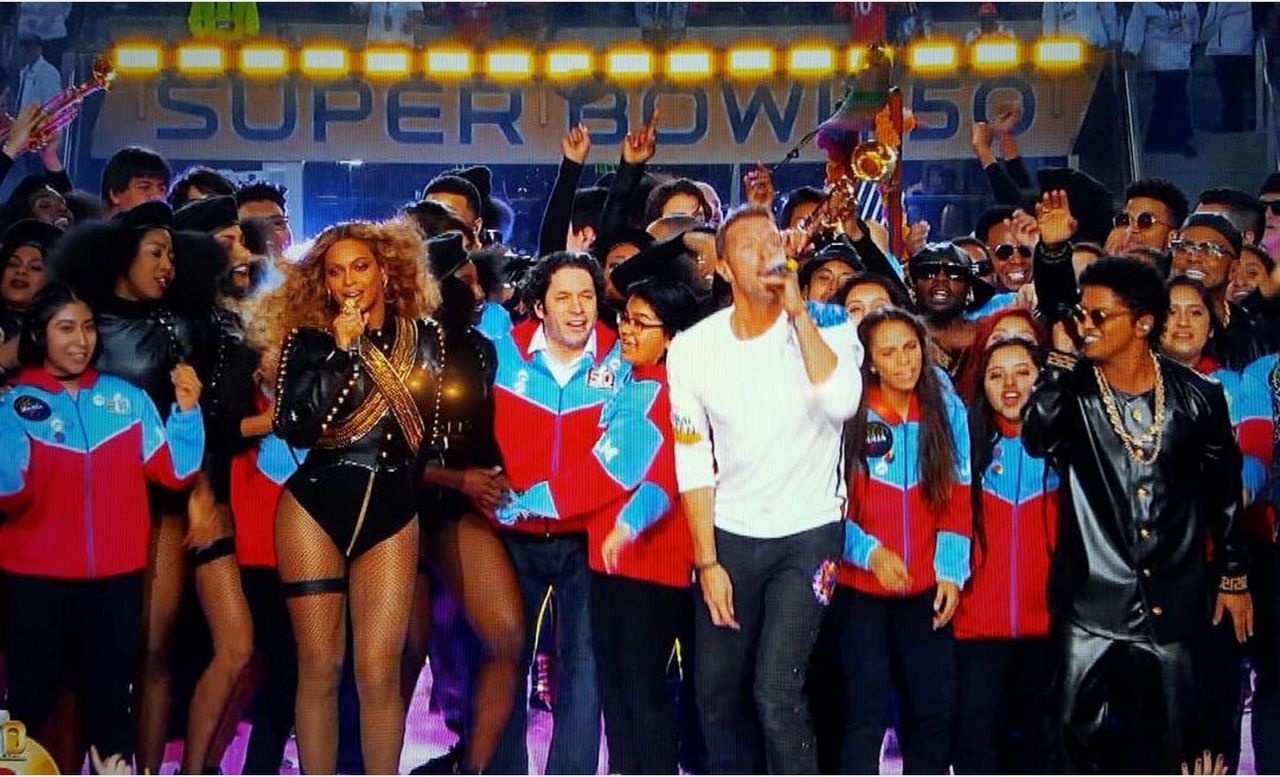 Gustavo and the YOLA kids with Bey, Bruno Mars and Chris Martin. Image courtesy of @gustavodudamel

It’s safe to say Gustavo has single-handedly led classical music back into the mainstream, perhaps even making it “cool” again. Earlier this year, he conducted the opening and end titles of Star Wars: The Force Awakens and most notably, inspired the character Rodrigo (played by Gael Garcia Bernal) in Amazon’s show Mozart in the Jungle. Rodrigo’s flouncy, bouncy hair at the start of the series says it all. 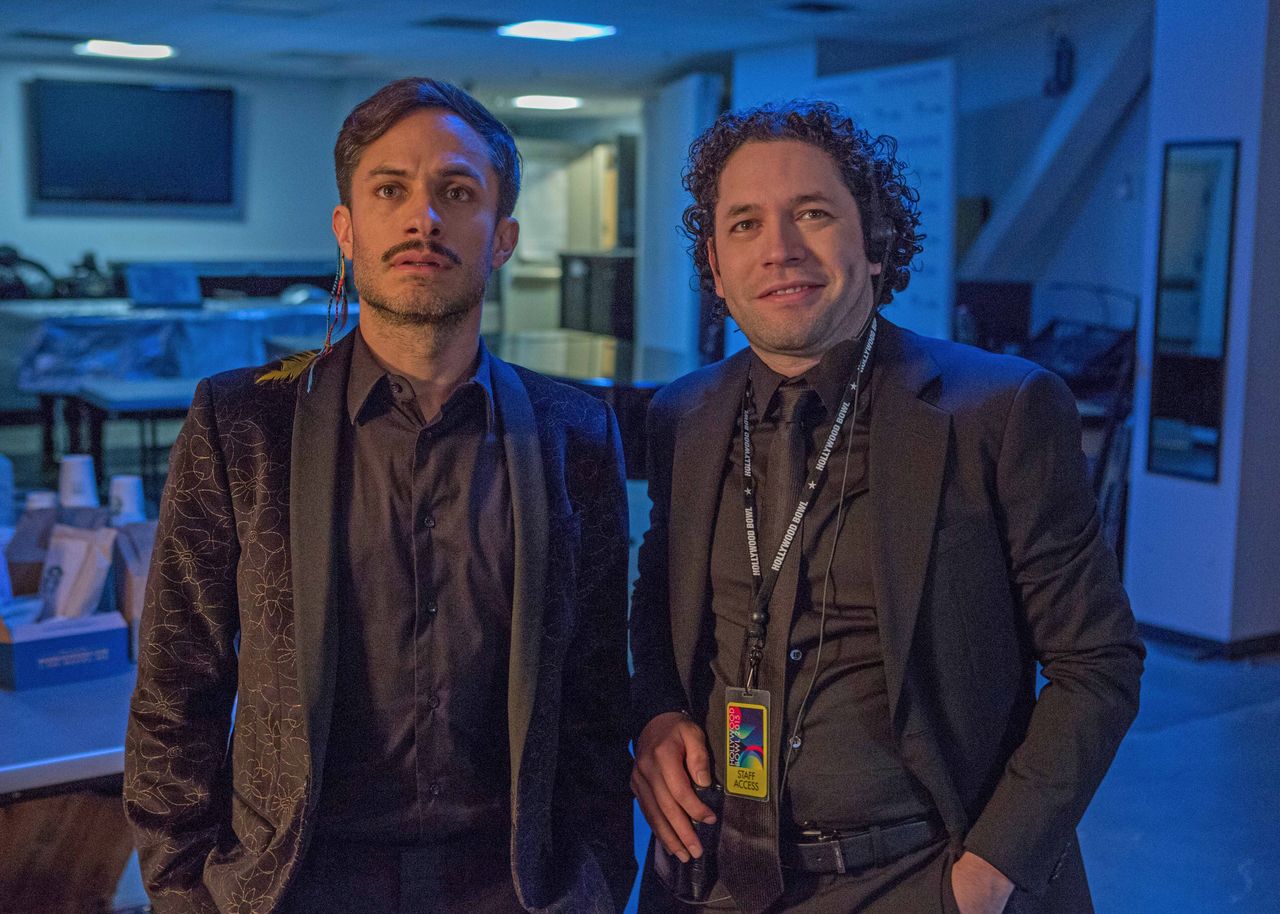 With Gustavo’s return to the LA Phil for the seventh year and a new summer season about to kick off, we asked the maestro to take a short intermezzo to talk LA and why he chose the city to be his base.

Why LA and the LA Phil?
Gustavo Dudamel: This is my second home and the Los Angeles Philharmonic has become my family. From the very beginning, I felt at home in LA. It’s not just because of the wonderful music I am making with the orchestra; it’s also because the city reminds me of my homeland of Venezuela. There are so many similarities. I felt comfortable immediately, as though it was meant to be. I am also so proud to be a part of the huge and powerful Latino population here. We truly have a place at the table and a voice in the city. 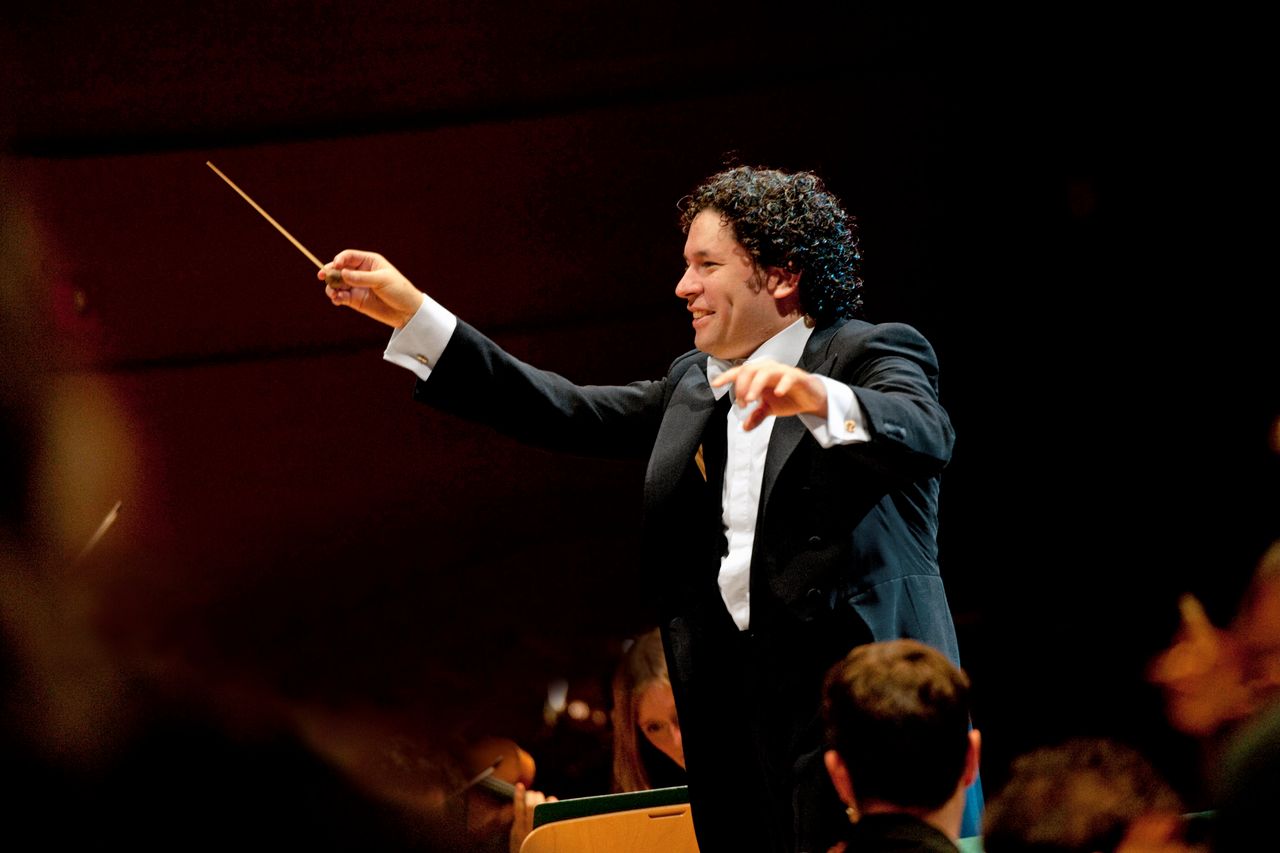 Where do you go when you crave a taste of home?

GD: I’ve set up a little bit of Caracas here in Hollywood. I have native art and photos decorating my house. When I start to feel homesick and miss my home in Venezuela, I invite friends over for a party. I love to cook Venezuelan food and play Venezuelan music for everyone.

Take us through your ideal day in LA from morning to night.
GD: It’s a mixture of family, friends and music that really make up my ideal day in Los Angeles. My favorite way to start the day is taking my son to school. We get to talk and I can hear about his plans, catching up on everything along the way. From there, I head to work. I’m almost always at Walt Disney Concert Hall for rehearsals, meetings, and interviews. Making music with the members of the Los Angeles Philharmonic and the children of YOLA (Youth Orchestra Los Angeles) is central to my life. It is as vital to me as eating and breathing. 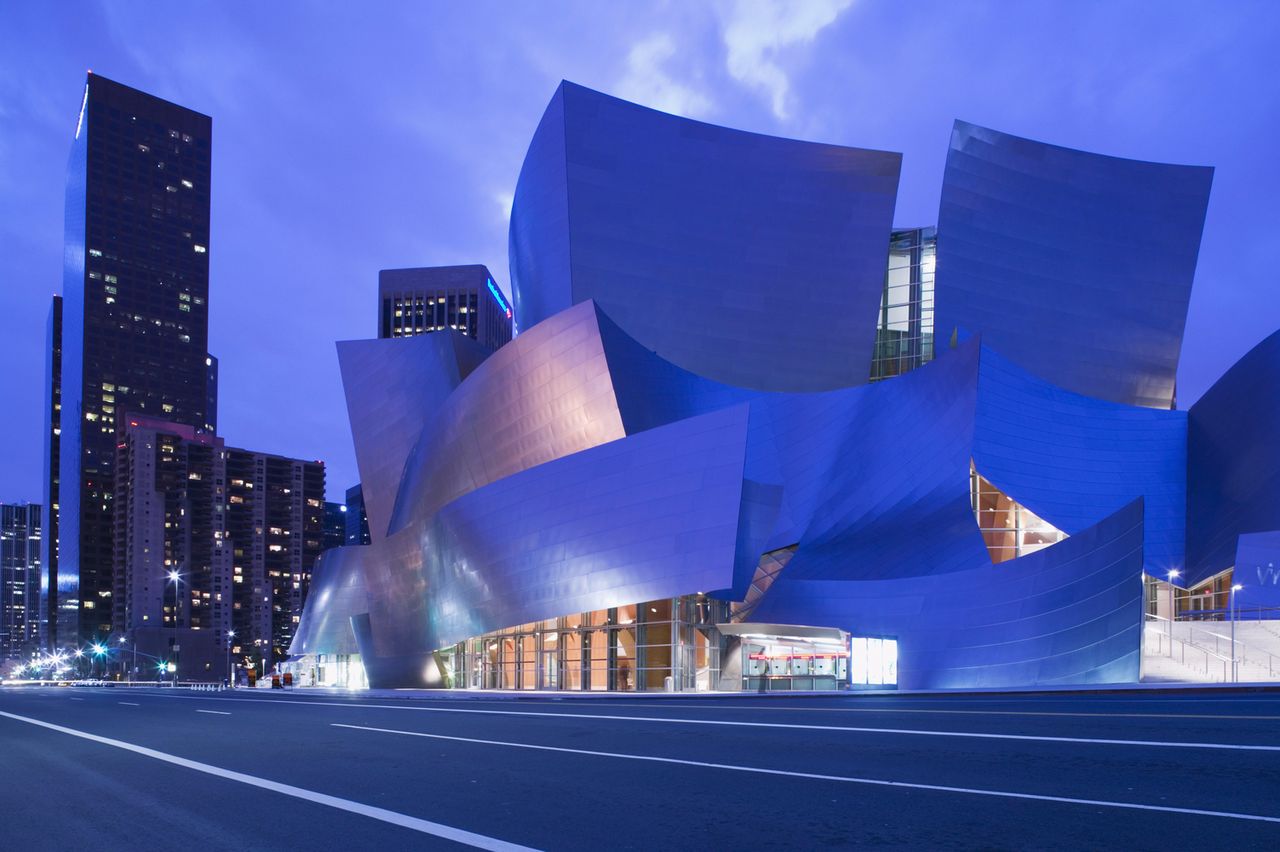 Why so blue, Disney Hall? Image courtesy of LA Tourism and Convention Board

What are your favorite places to see live music in LA? Why?
GD: Obviously, the Walt Disney Concert Hall and the Hollywood Bowl are my favorite places to see live music but I love it when you find a Mariachi band downtown,  and then go and listen to Salsa [Check out Caña Rum Bar] or Jazz [at Bluewhale Jazz]. In LA, there’s so much diversity. That is why this city is so special—this multicultural life we have. We have an amazing artistic, social community that flows throughout the city, especially in Downtown from Chinese, Japanese, Korean and Mexican communities and beyond. There’s also neighborhoods where these cultures thrive and mingle with the fabric of LA: Chinatown, Little Tokyo, Koreatown, and Boyle Heights to name a few. 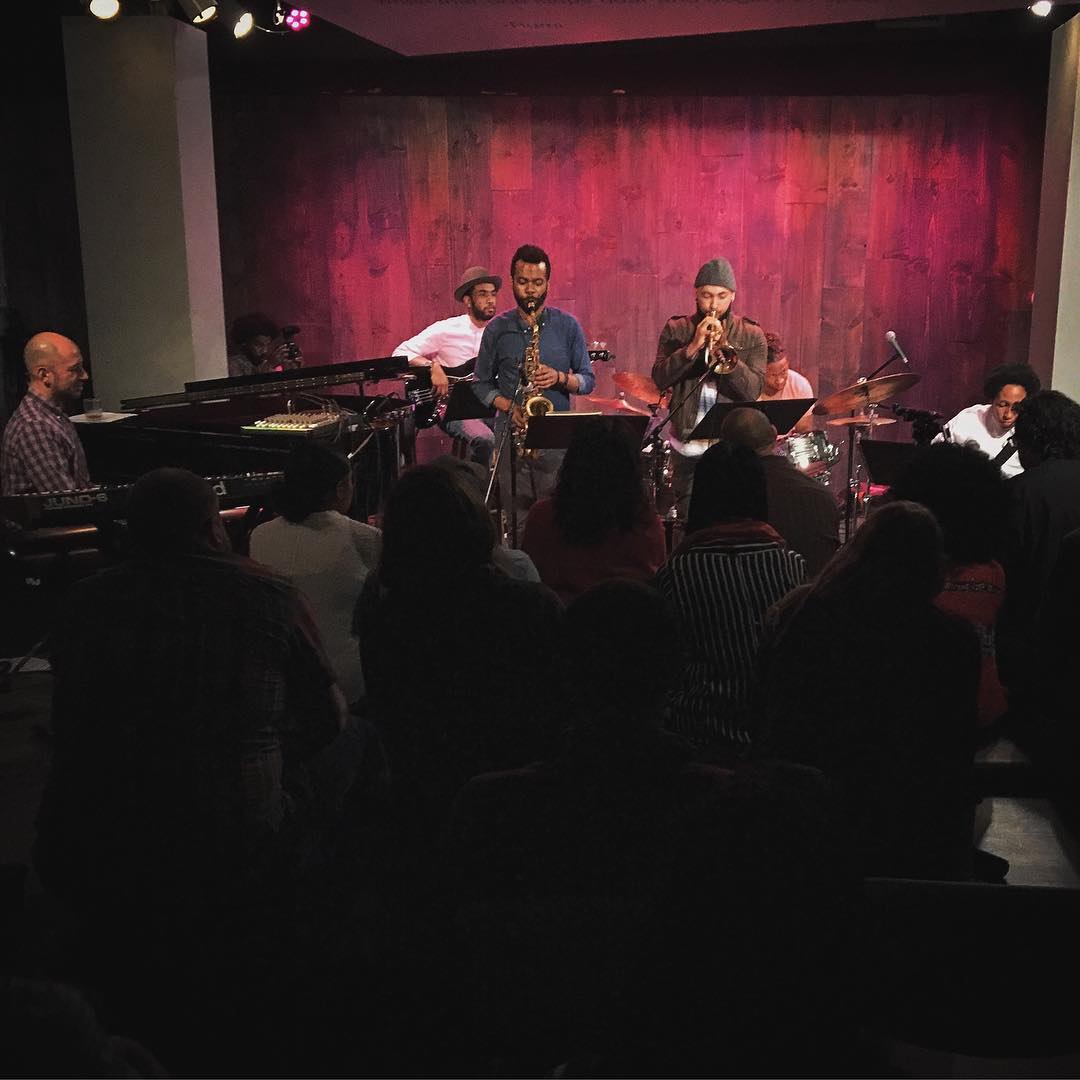 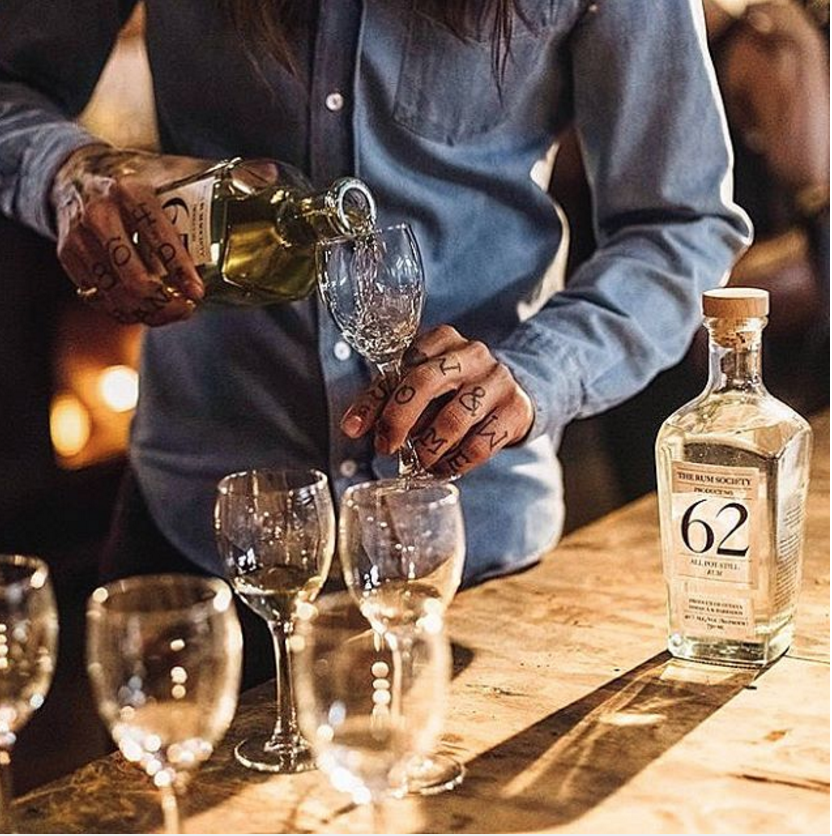 You use music as a social force and work with Youth Orchestra Los Angeles How can people join or support the movement?
GD: YOLA (Youth Orchestra Los Angeles) was inspired by El Sistema in Venezuela–the system that I grew up in, created by Maestro Abreu over 40 years ago. YOLA is now celebrating its 10th anniversary. We have three sites in LA: at Exposition Park (in South LA), HOLA (in the Rampart District) and LACHSA (in East LA) where we provide free instruments, intensive music training, and academic support to students from underserved neighborhoods, empowering them to become vital citizens, leaders, and agents of change. There are many ways in which the community can support YOLA and any of our educational activities, from giving instruments to donating. All of the details are on the LA Phil site. 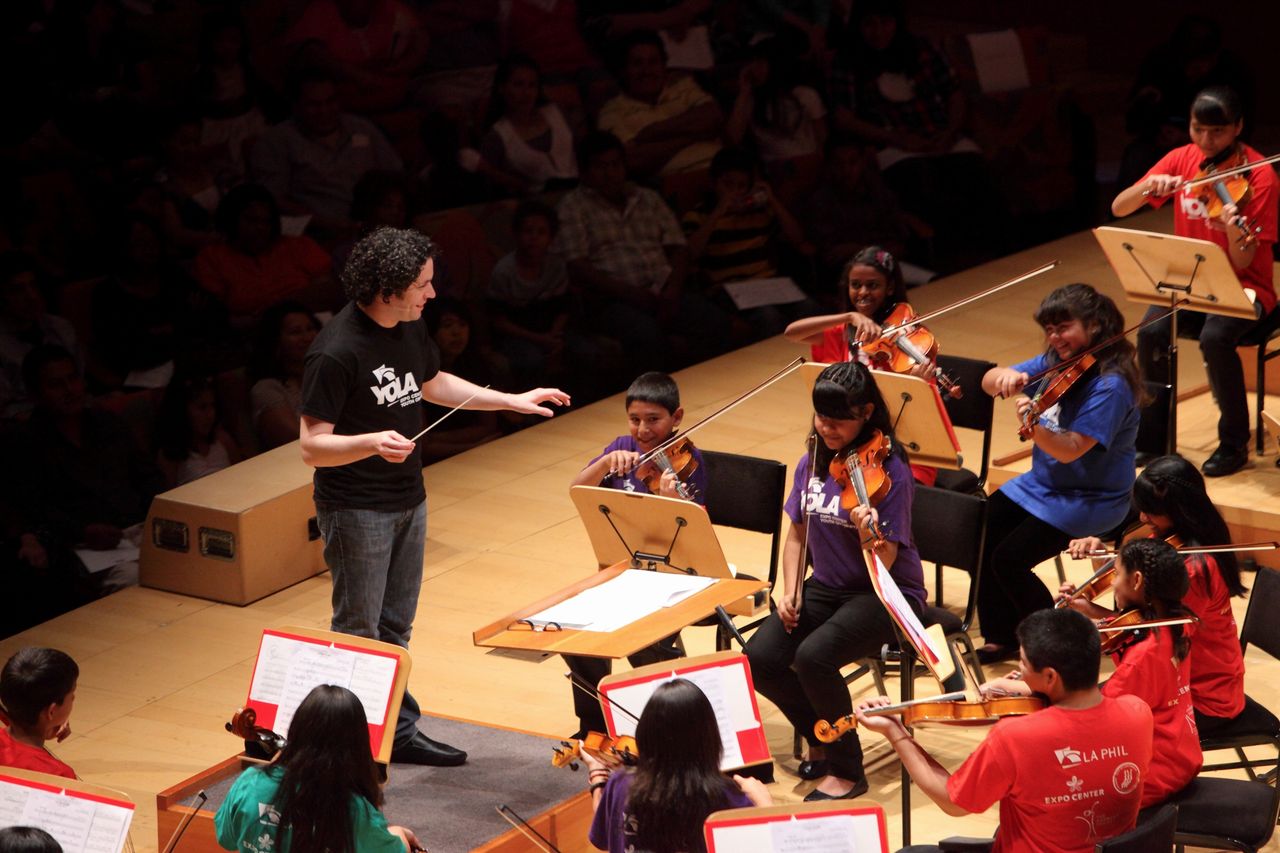 Gustavo bringing his passion to the youth of LA. 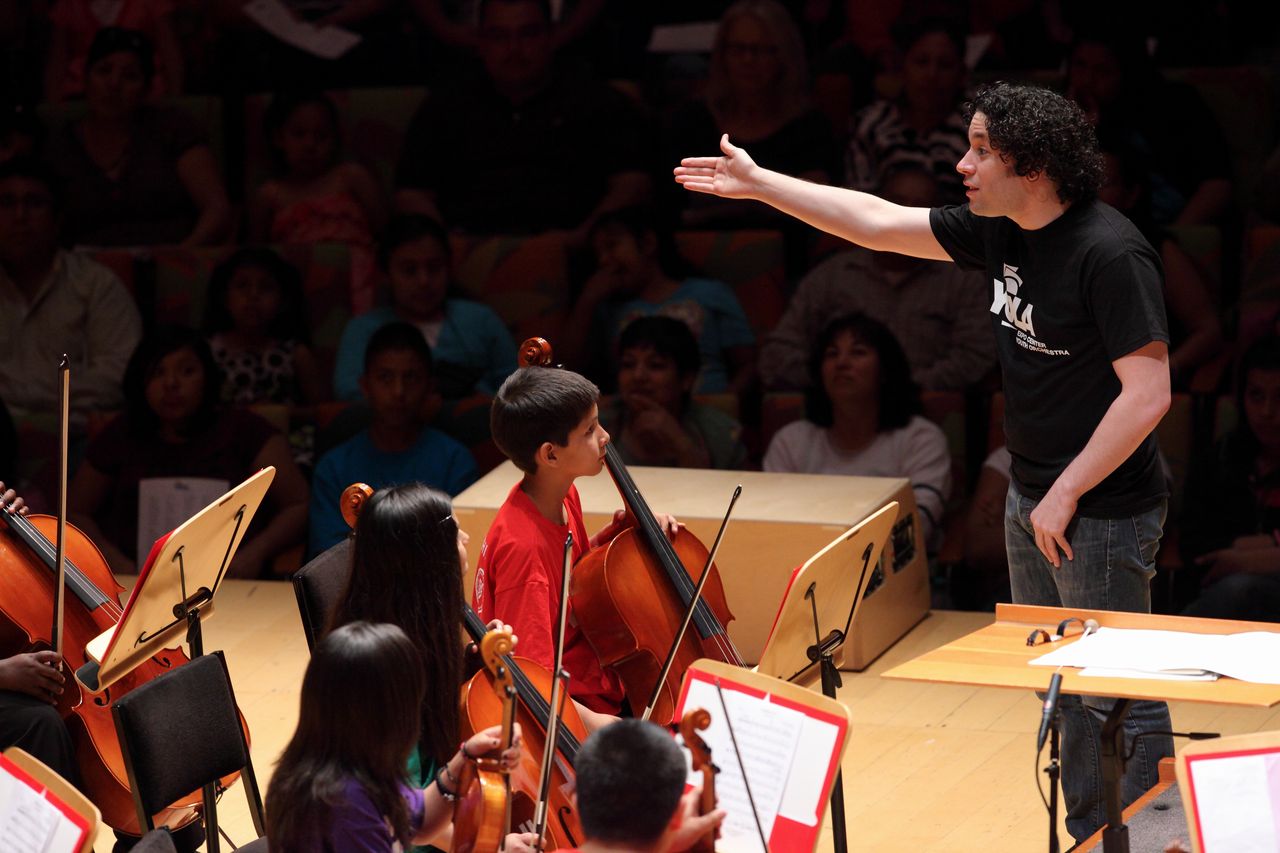 What sets YOLA apart?
GD:  If you bring young people closer to classical music, and when you create music—and I’m telling you this because it changed my life—you become a better citizen. When you are a part of an orchestra, you tend to think more about others. Do you know what is the most beautiful expression of a community? A choir or an orchestra. I’m always saying to the musicians, “you have to listen to each other, even if you are not agreeing.” These lessons provide the best examples for children and their frame of mind as they grow up. 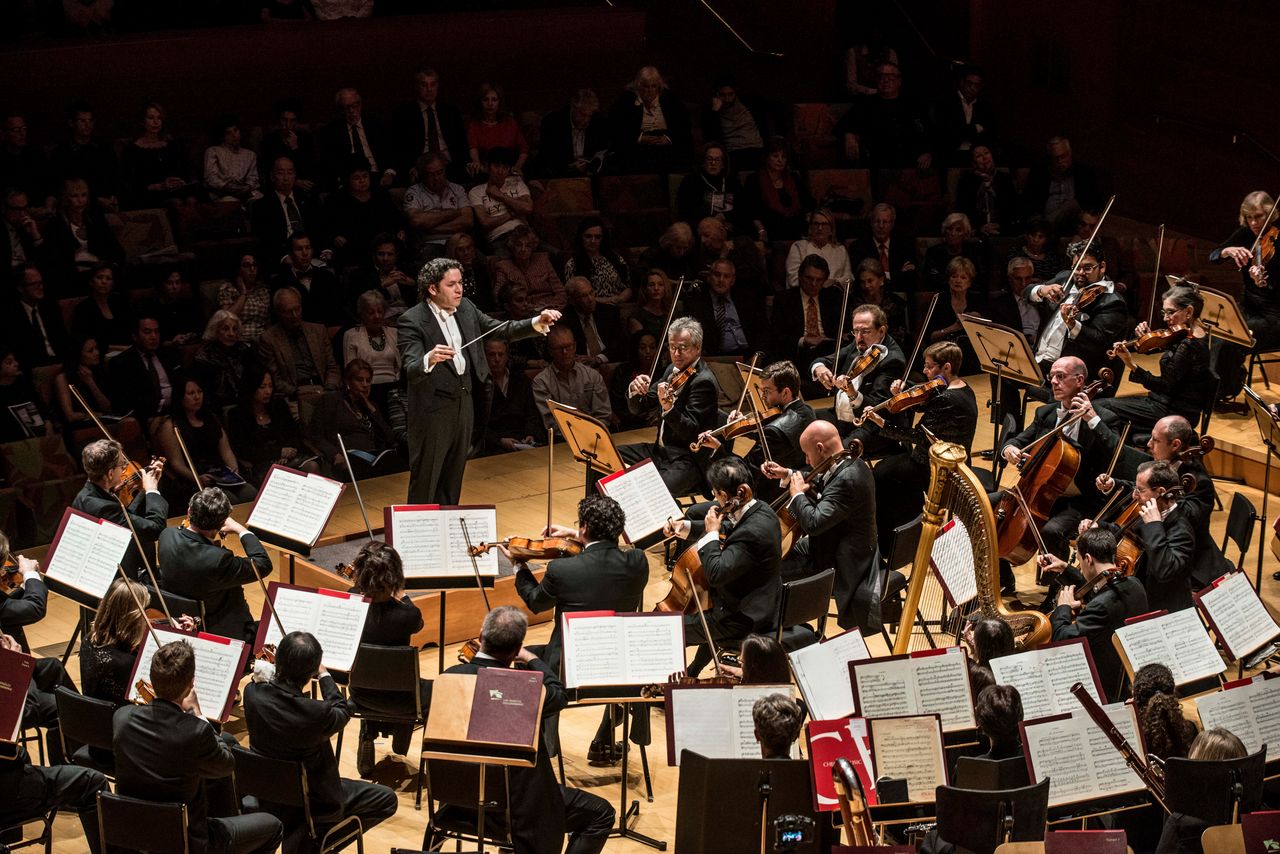 The gang's all here. Image courtesy of Vern Evans.

GD: Chef Suzanne Goin creates the most amazing dishes which she’s bringing to the Hollywood Bowl starting this summer season. 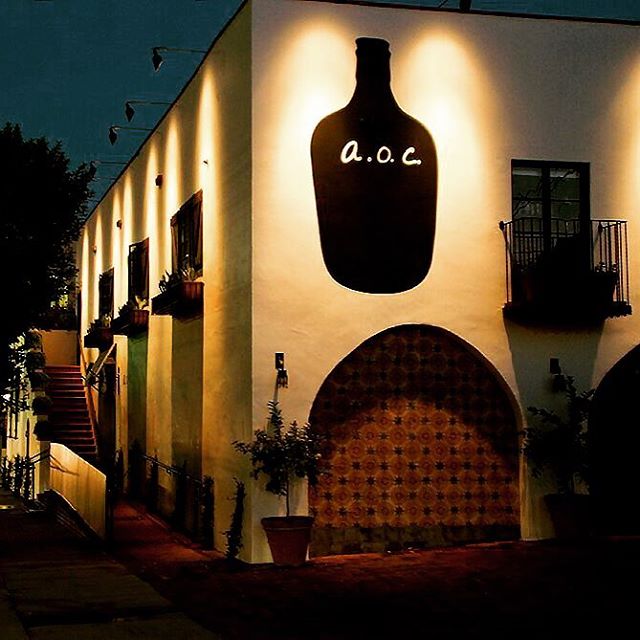 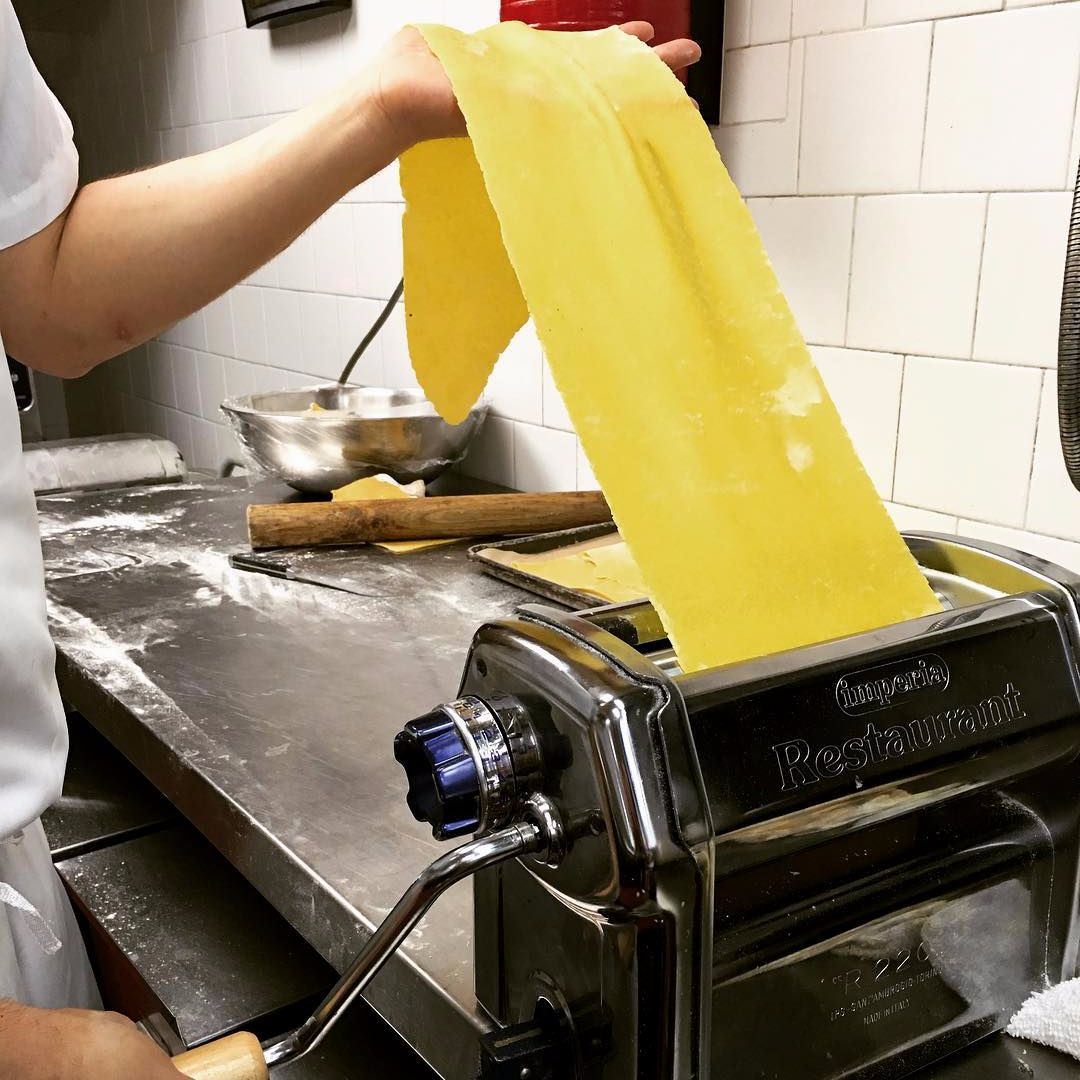 GD: Serves amazing Italian food and is a great place to go after a concert. 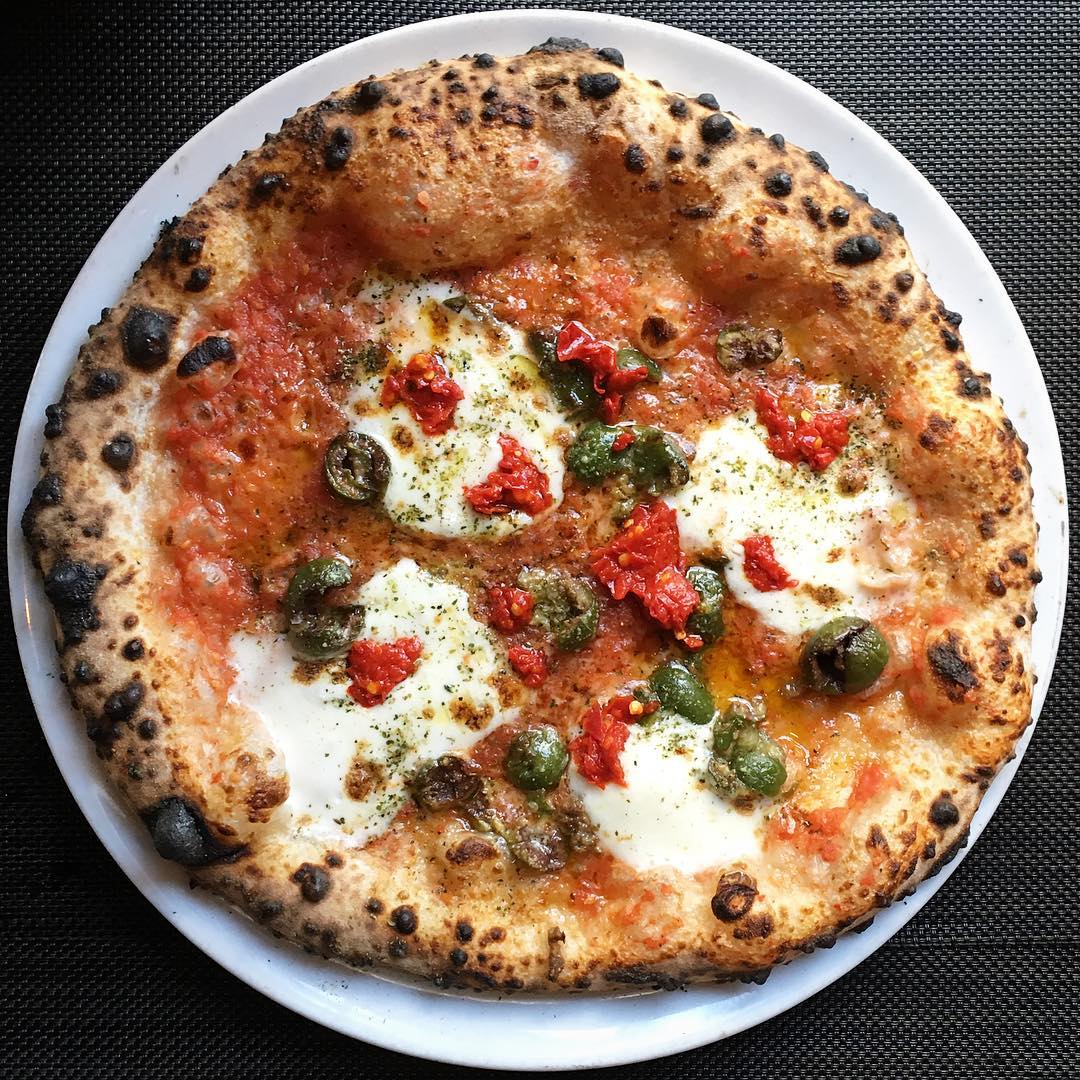 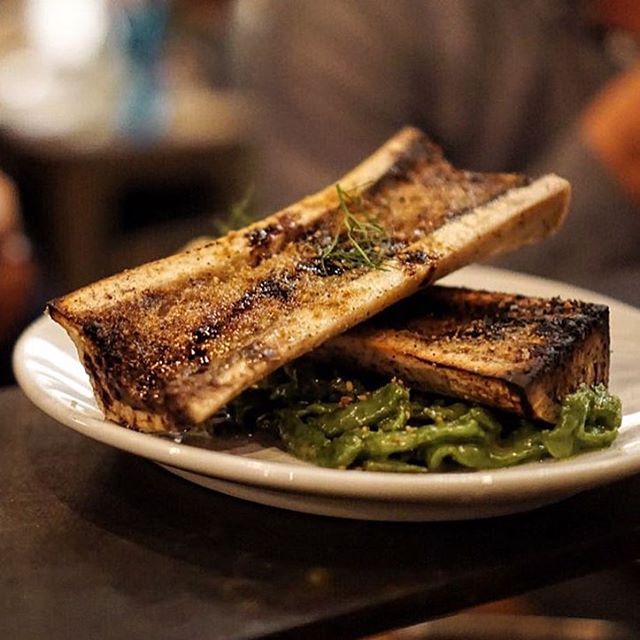 GD: A great place to grab a bite between rehearsals at Walt Disney Concert Hall. 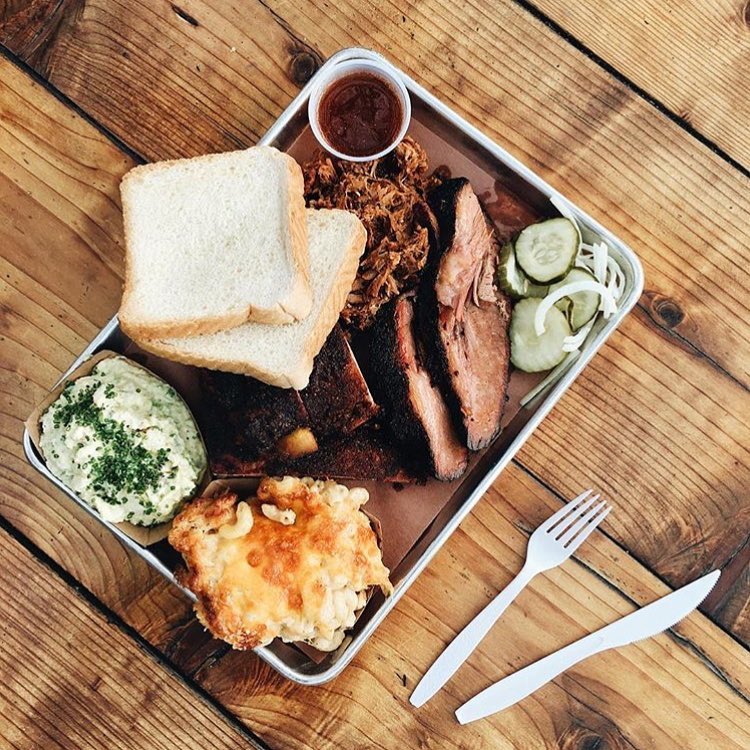 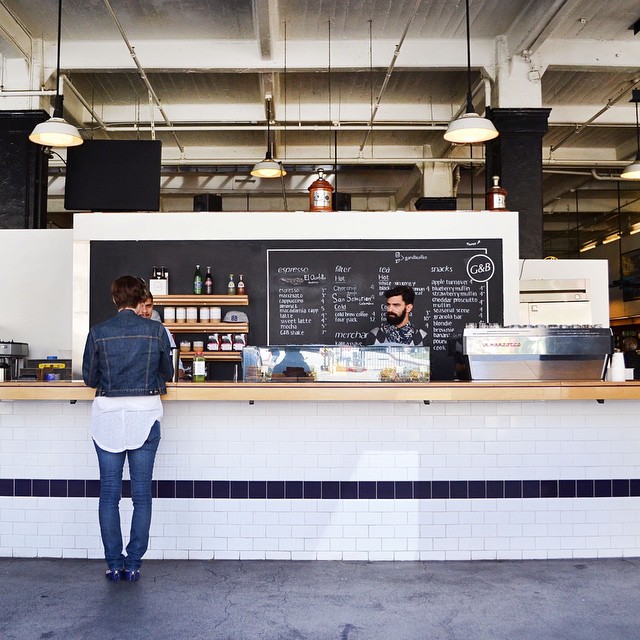 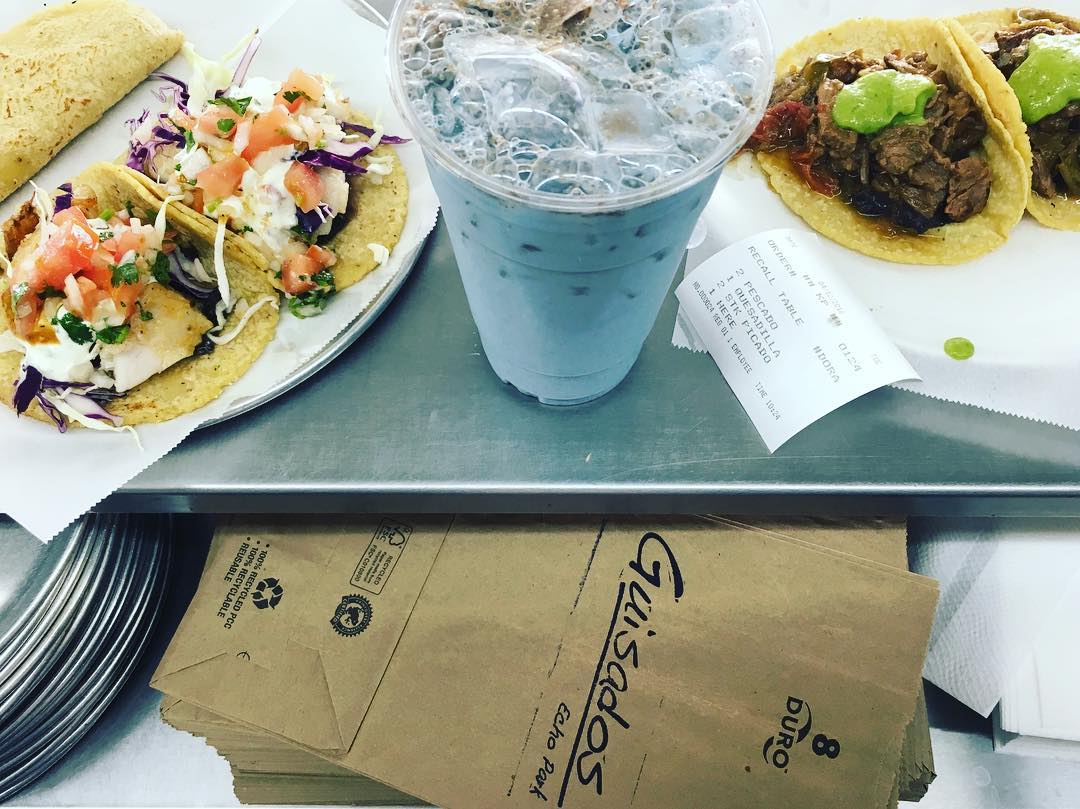 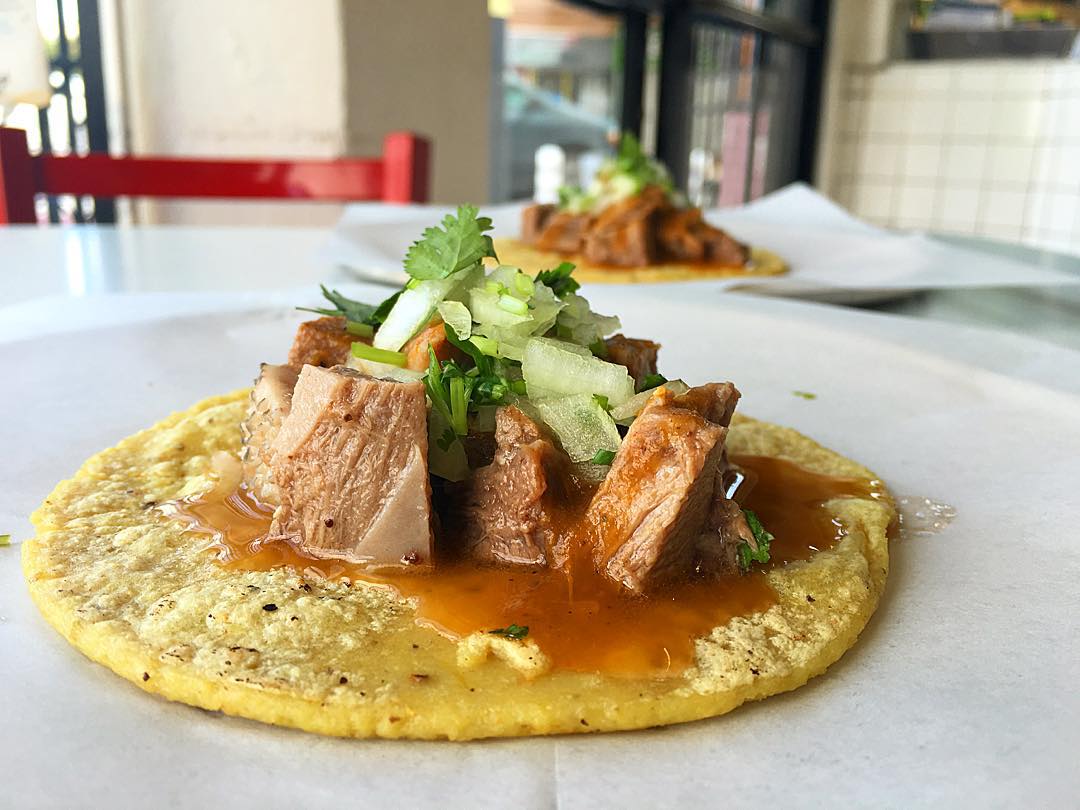 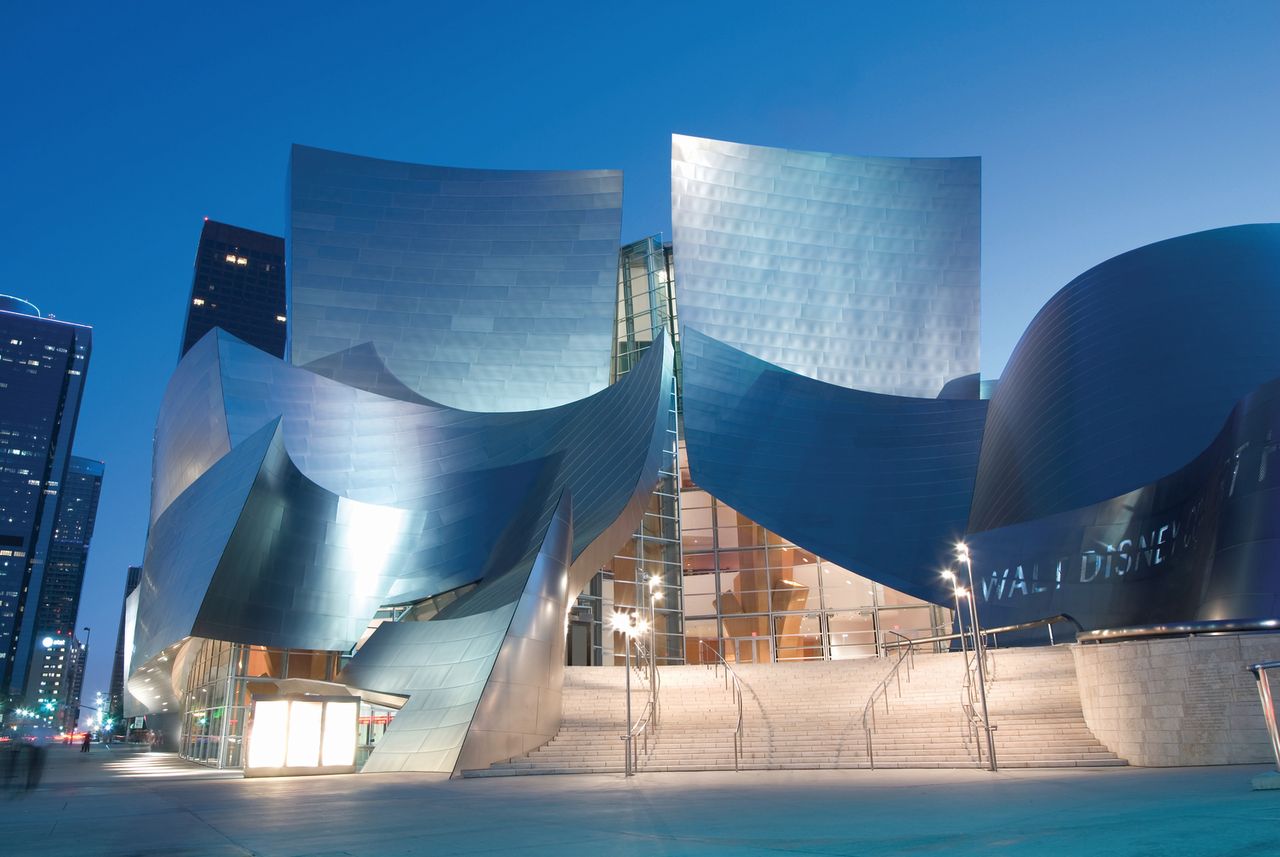 So shiny and post-modern. Image courtesy of LA Tourism and Convention Board.

Hollywood
GD: Check out any concert here and hike to the top to see the Hollywood Sign. 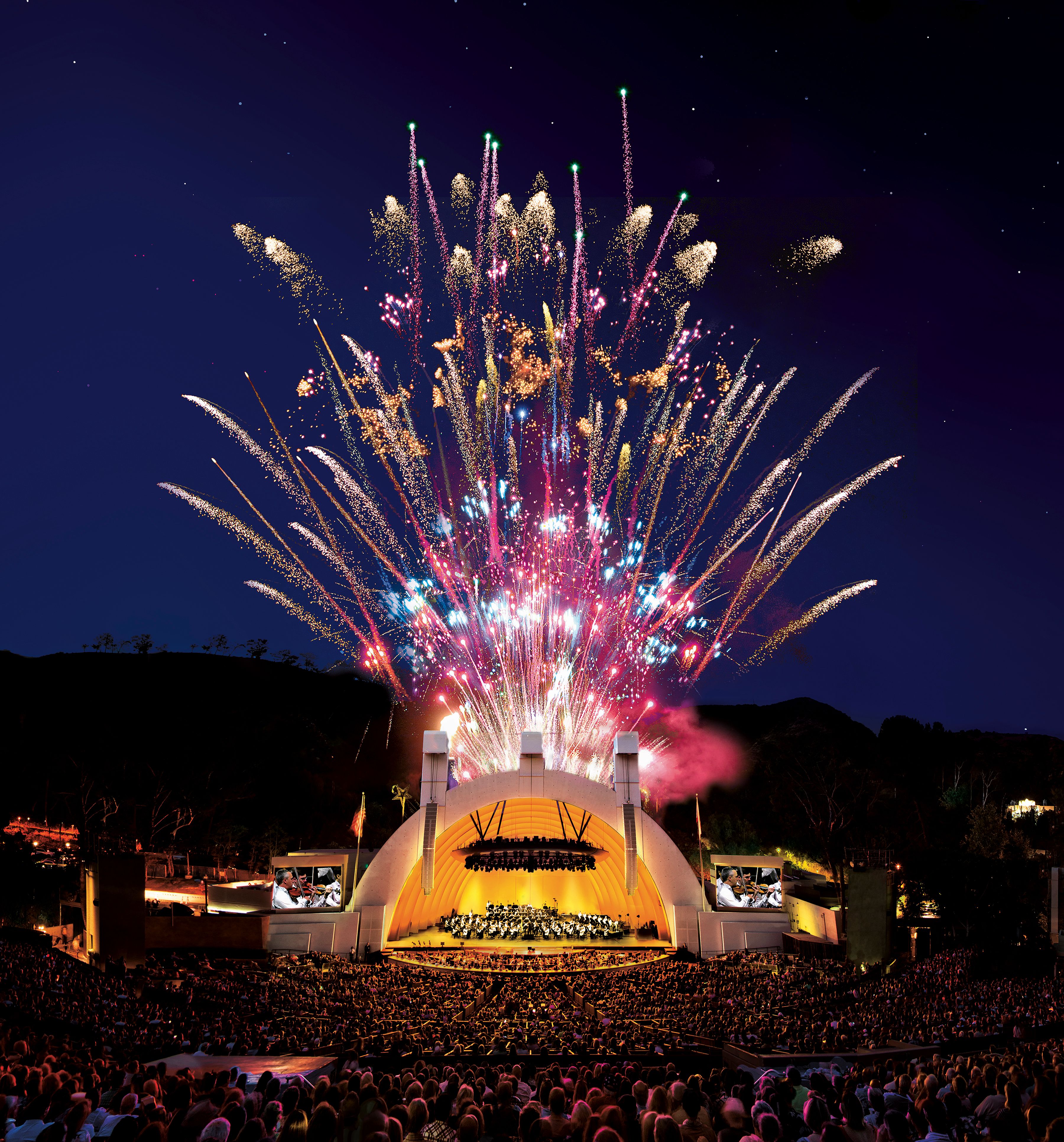 Malibu
GD: Spend a day at the beach, Zuma is always a good choice. 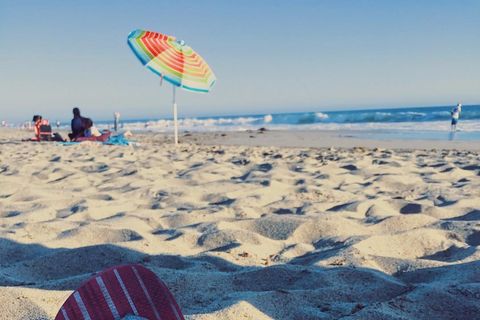 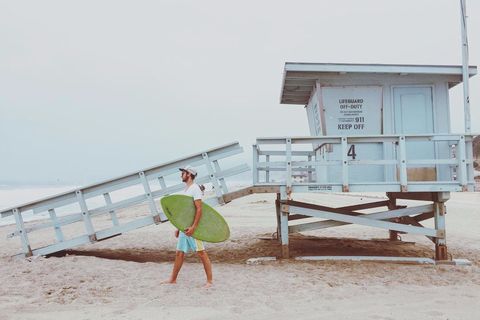 GD: Any of the Farmers Markets in LA are superior, but the Hollywood one is great. Take advantage of the produce here. 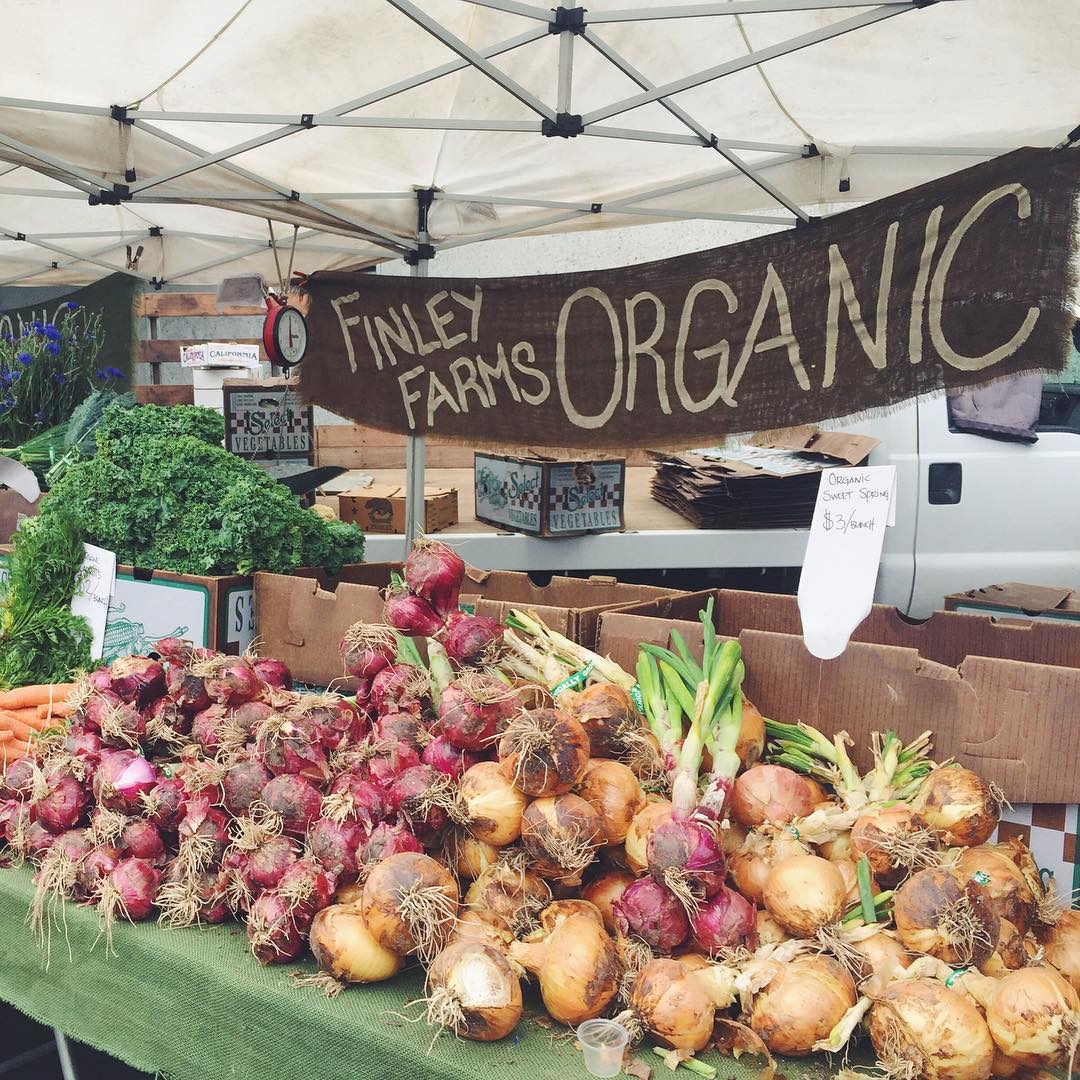 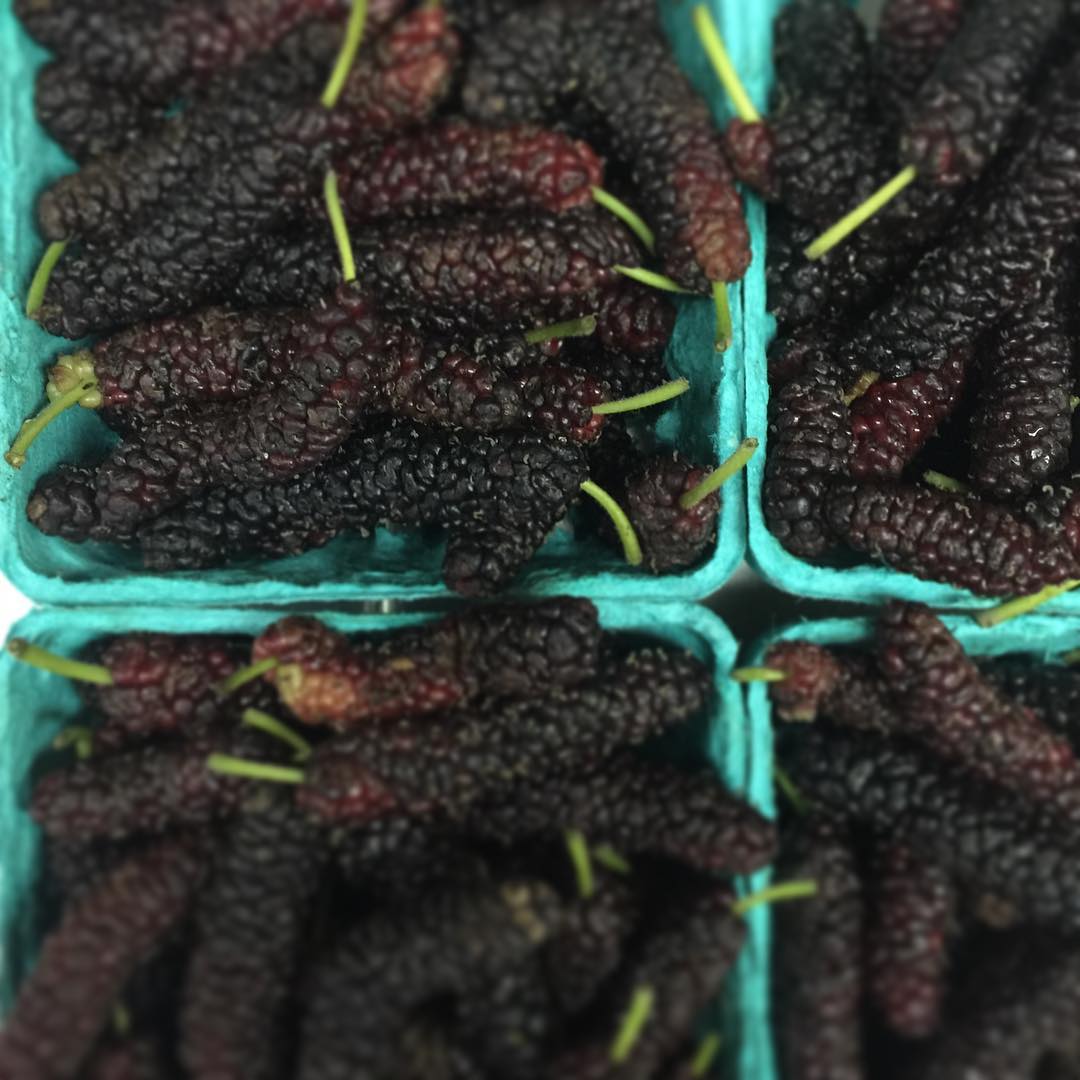 GD: The museums and gardens 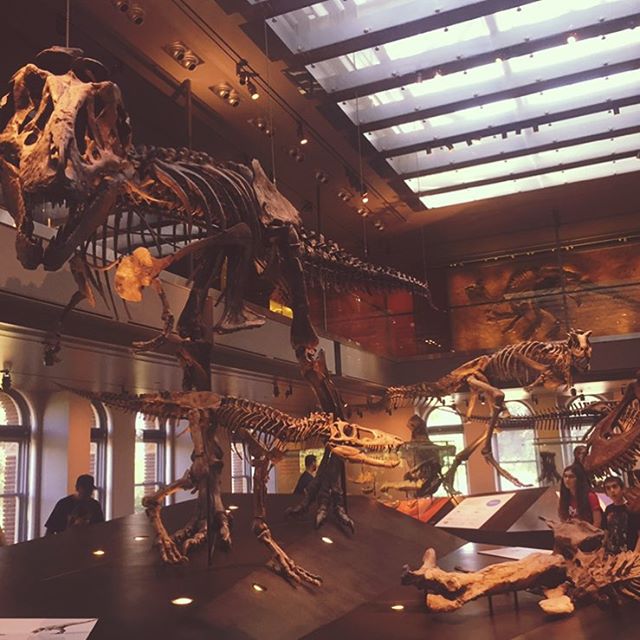 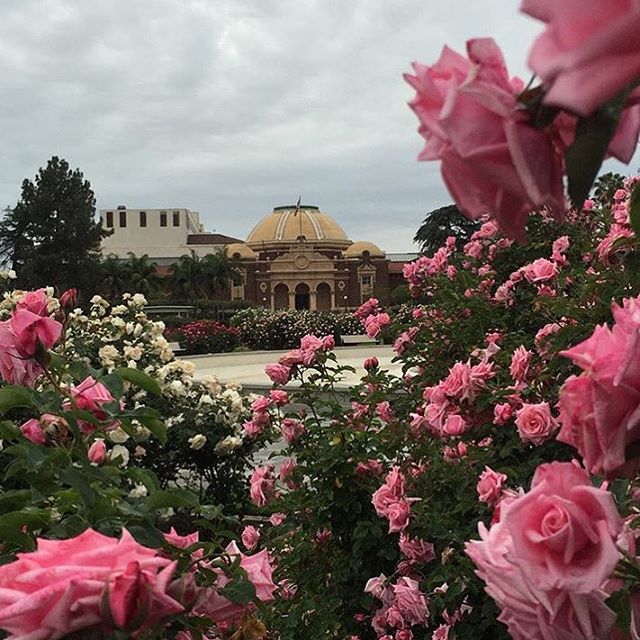 DTLA
GD: We’ve watched this being built over several years and now can enjoy the art! 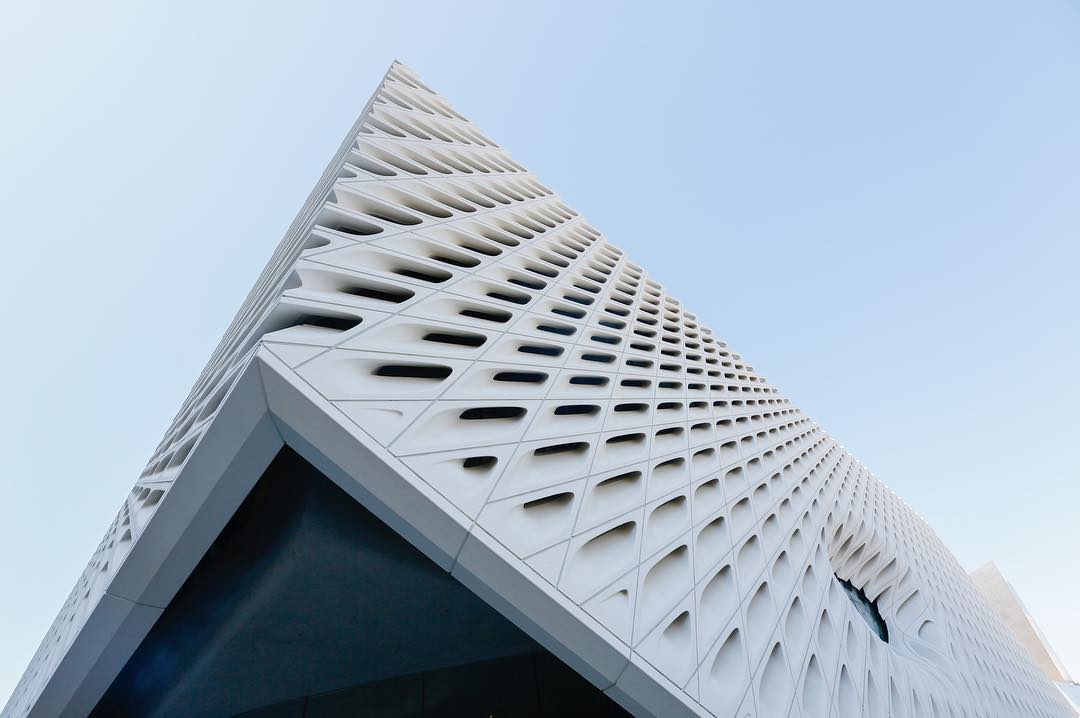 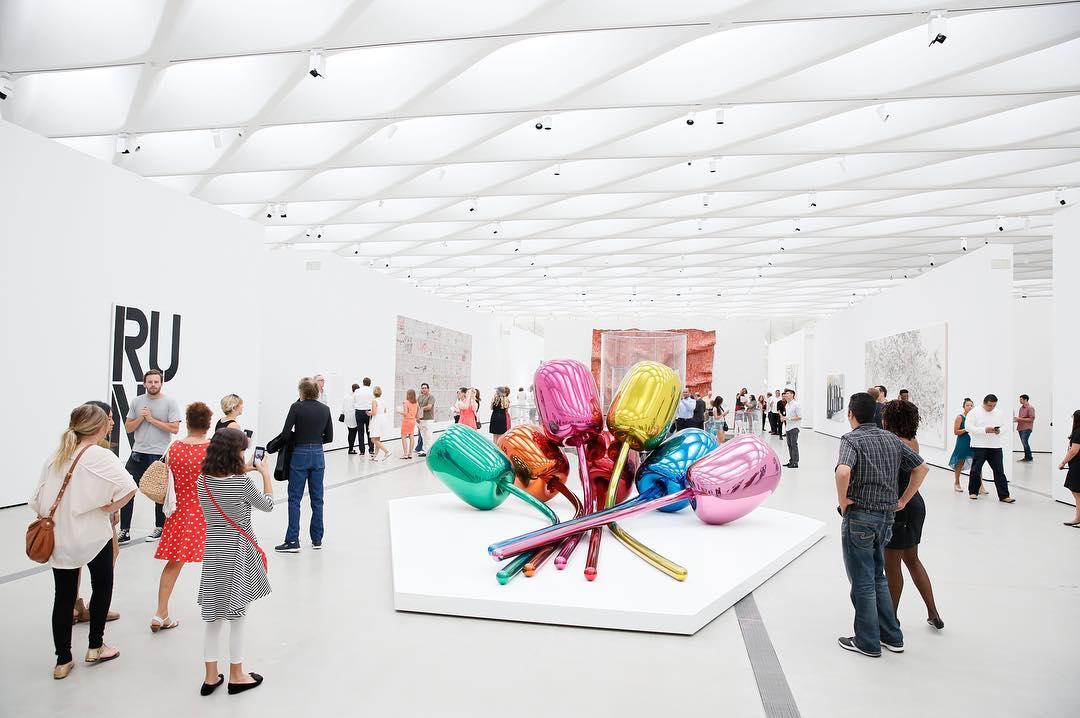 Hollywood
GD: See a movie—this is Hollywood after all and where you get to see the new releases first! ArcLight Hollywood is right in the heart of it all. 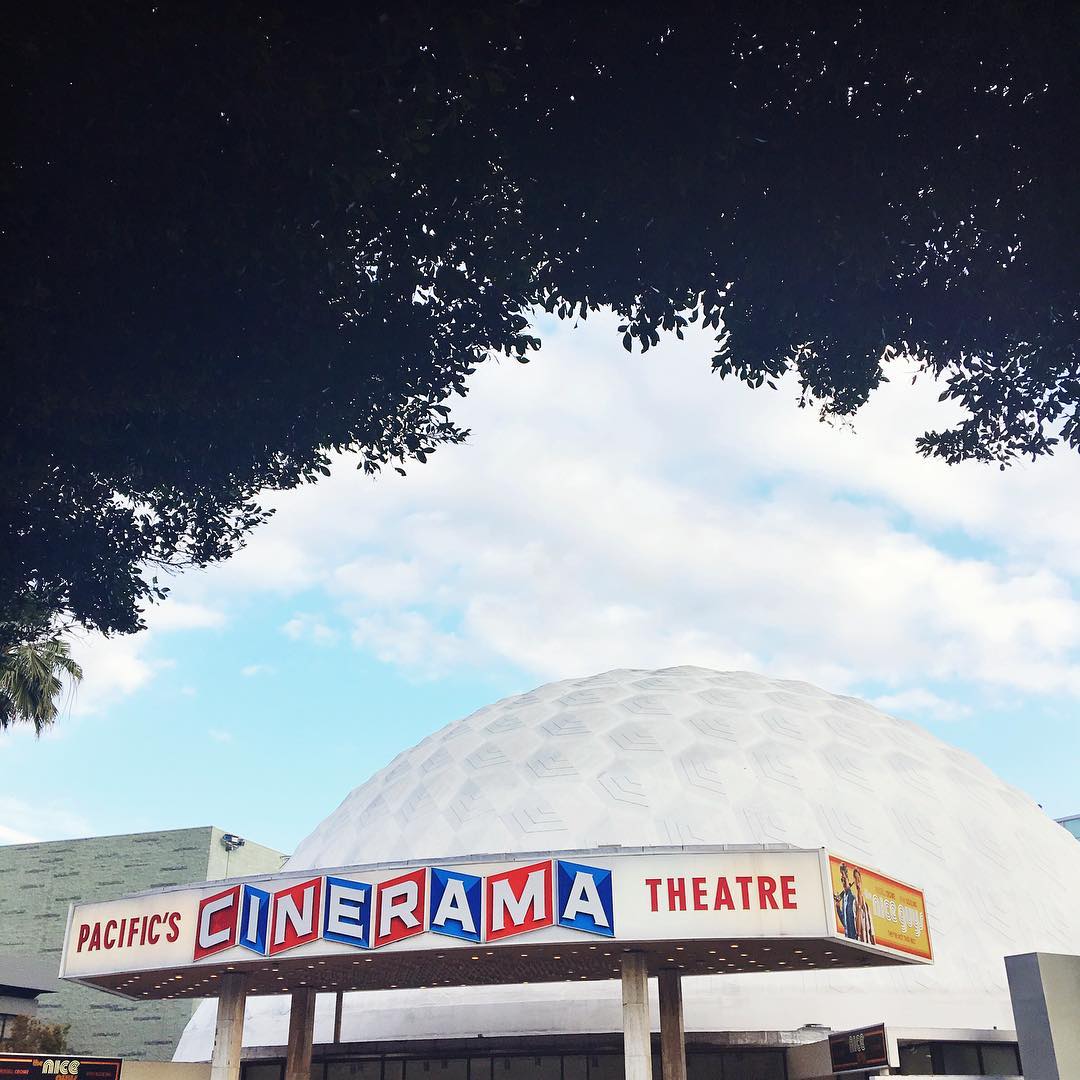 Melissa Karlin is a writer, photographer and professional social butterfly (as well the social media and marketing associate at Citizine). A former JR High School flutist who quit to play piano and do musical theatre instead, her love of classical has been a constant thread throughout other artistic endevors in her life. She's lately really into the Strauss family waltzes and Paganini's Violin Concerto No 5 in A Minor. Follow her misadventures @meli64 and on instagram @informedwanderer.
Header image courtesy of Richard Reinsdorf