If Los Angeles Were A Cheese ...

Like to eat well? Step one: leave your home. Step two: enter a cheese shop.
All cheese shops are created equal, right? Of course not. But that doesn’t mean some are better than others—just different. Every cheese shop has its own noxious but dreamy stench, a wholly original stank formed by the loving synthesis of the business, the community it serves, and well … all glorious forms of fermented dairy.
So, we set off to explore the cheesy side of LA and talk to the people who make these cheese shops the stinky, delicious places we know and love to visit for a sample … or 12.
Scroll on for quite possibly the cheesiest neighborhood guide to Los Angeles. Not to worry vegans, there’s an awesome one for you too:
Get Citizine Updates Here

The Cheese Store of Silverlake

Silver Lake
The Cheese Store of Silverlake is a huge part of what makes Sunset Junction feel like a little village. The store itself has been in existence since before the area was 'cool'—more than a decade ago—and is here to stay, despite a looming Whole Foods. This staying power is due to manager Maggie’s* dedication to community integration. When Bucks & Does launches a new line, for instance, the shop provides cheese for the opening. Then, at the end of every season, the clothing shop will do a trunk show at the Cheese Store of Silverlake.
Maggie says: “Who doesn't love cheese and who doesn't love wine? We really just try to cater to people who like nice stuff and good food. To do this well, we've really been striving to engage our passionate audience by bolstering our classes, small events and gatherings.”
Maggie’s nearby food/drink recs: Knuckle & Claw for lobstah' rolls—the owners are fabulous. Black Cat for a good drink, excellent food and relaxed cabaret vibe.
If Silver Lake were a cheese: Heublumen. This is a raw cow's milk cheese from Switzerland wrapped in the hay that the cattle eat. It tastes fresh, green, a little nutty and a little salty. It's got some spunk, but it's still got the clean-eating edge, like Silver Lake. 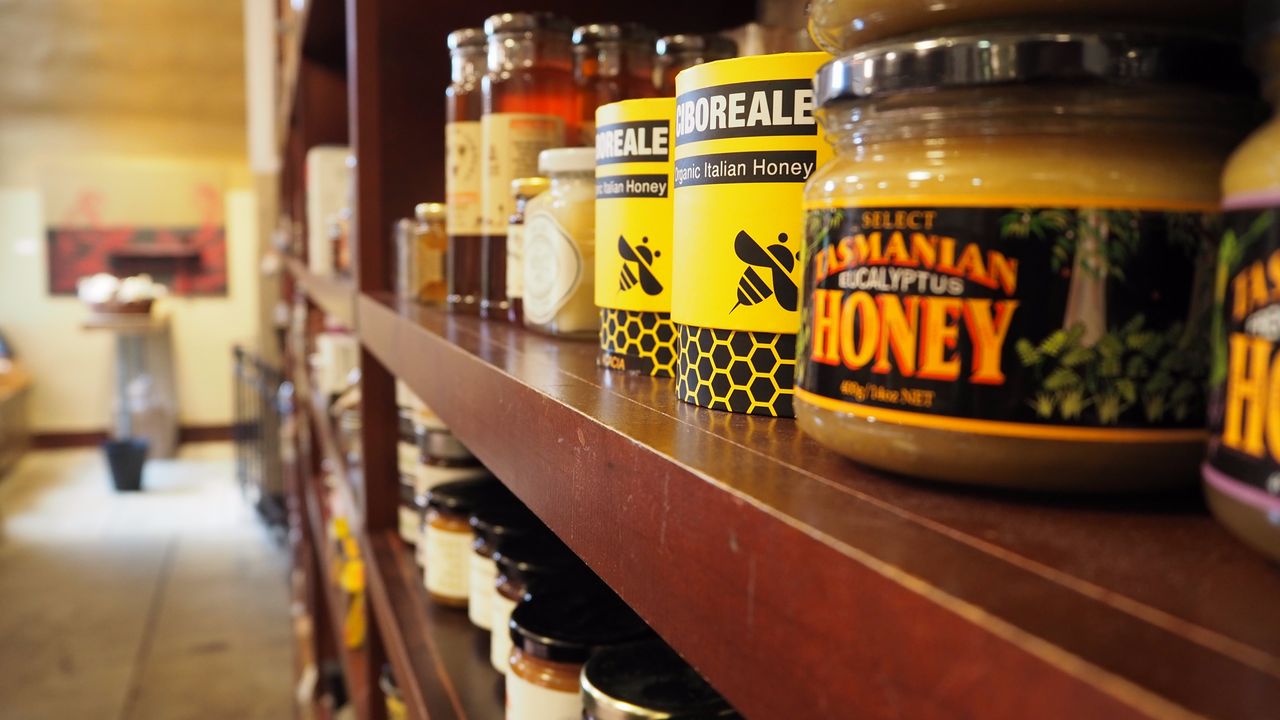 Not only can you grab amazing wine and cheese, there's also great things that go with them. 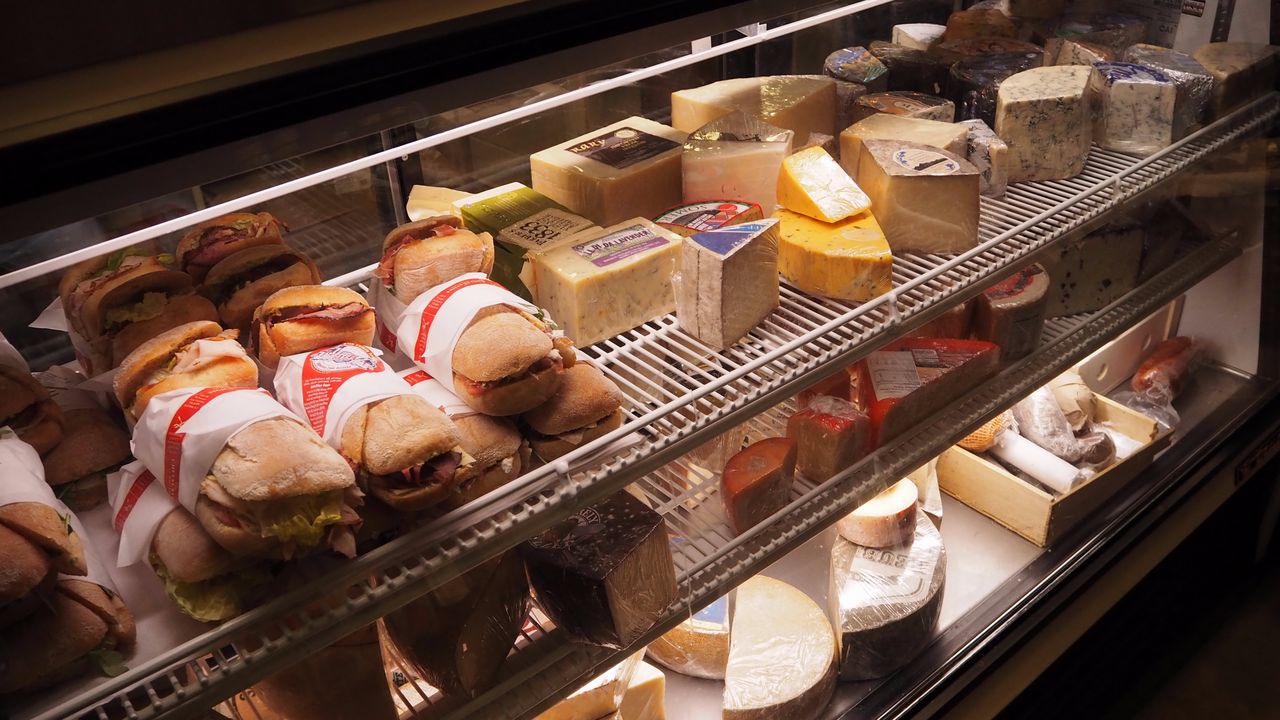 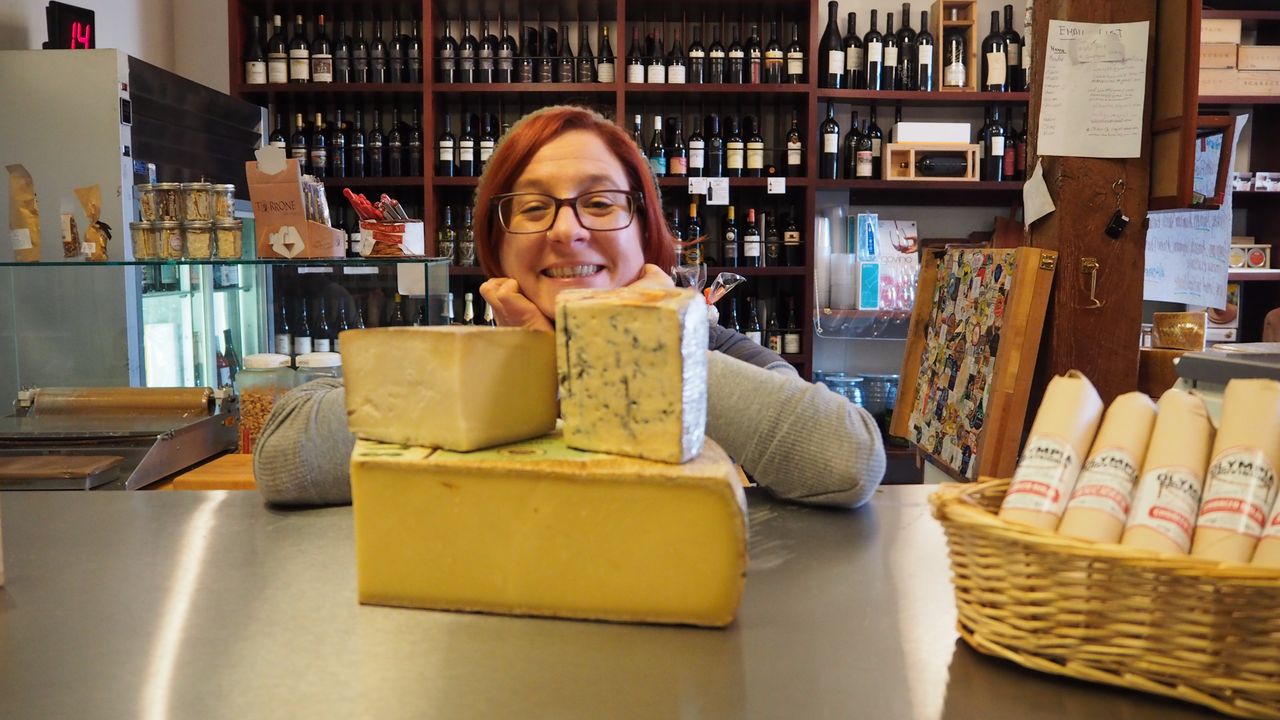 Maggie and her cheeses.

The Cheese Store of Beverly Hills

Beverly Hills
Opened in 1967, The Cheese Store of BH is the cheese store of all cheese stores—a destination landmark in Los Angeles—and one of the last standalone businesses left in the area (we see you too, Nate'n Al.) The Cheese Store supplies its heavenly goods to chefs throughout SoCal and all the way to Las Vegas, which is really how the store connects with the wider community. Despite the store’s A-lister clientele, secret dining room and unmatched staff knowledge, the store is an unpretentious, welcoming spot where you can indulge in Abbaye de Belloc and not feel bad about butchering pronunciation.
Musician Norbert Wabnig, the store’s owner, finds that cheese is a way more stable industry than music. Yet, he still keeps not one, but two pianos in the shop.
Norbert says: “Good music, good food, good company, good wine, it all just goes together. Most musicians I know are very interested in food and many chefs that I’ve met over the years have been really interested in music or play an instrument. So it just goes together … food and the arts in general.”
Norbert’s BH food recs: Il Pastaio, Drago Centro, Spago , Maude, Nate'n Al,  Nic's Beverly Hills
If Beverly Hills were a cheese:  Brillat Savarin filled with truffles. Oh so decadent and rich—just like Beverly Hills. 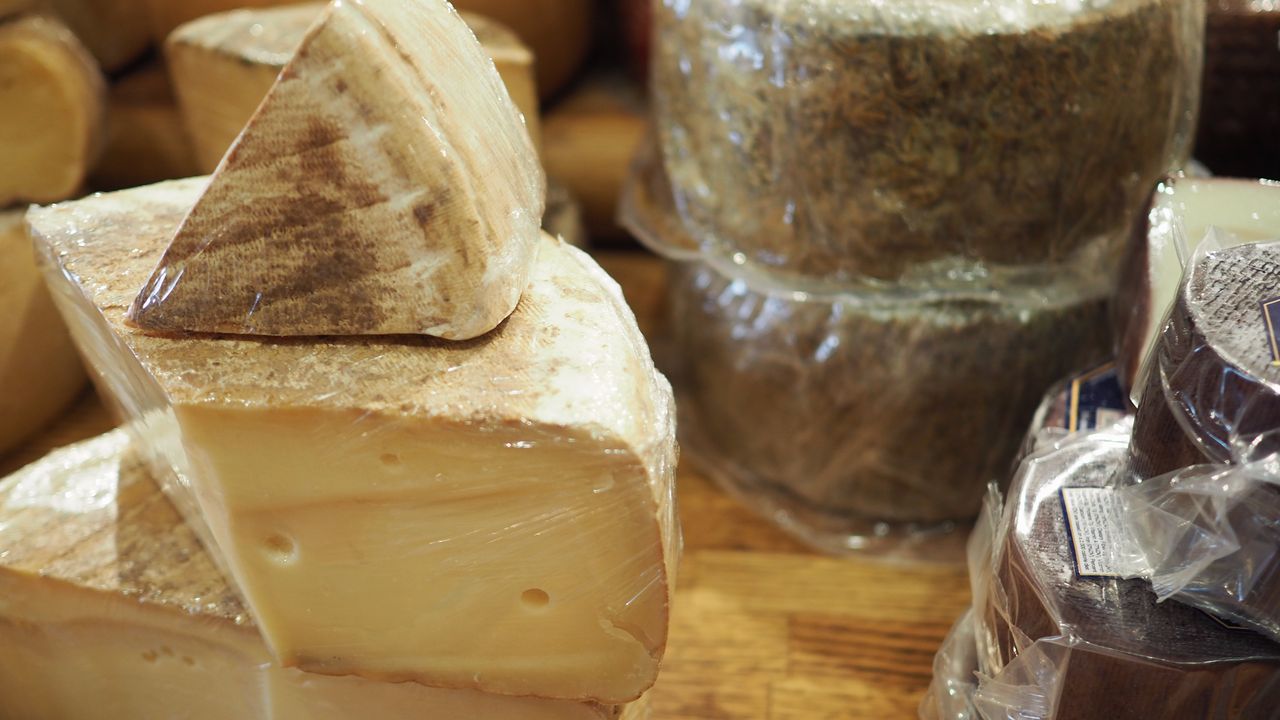 Look at all that sexy dairy. 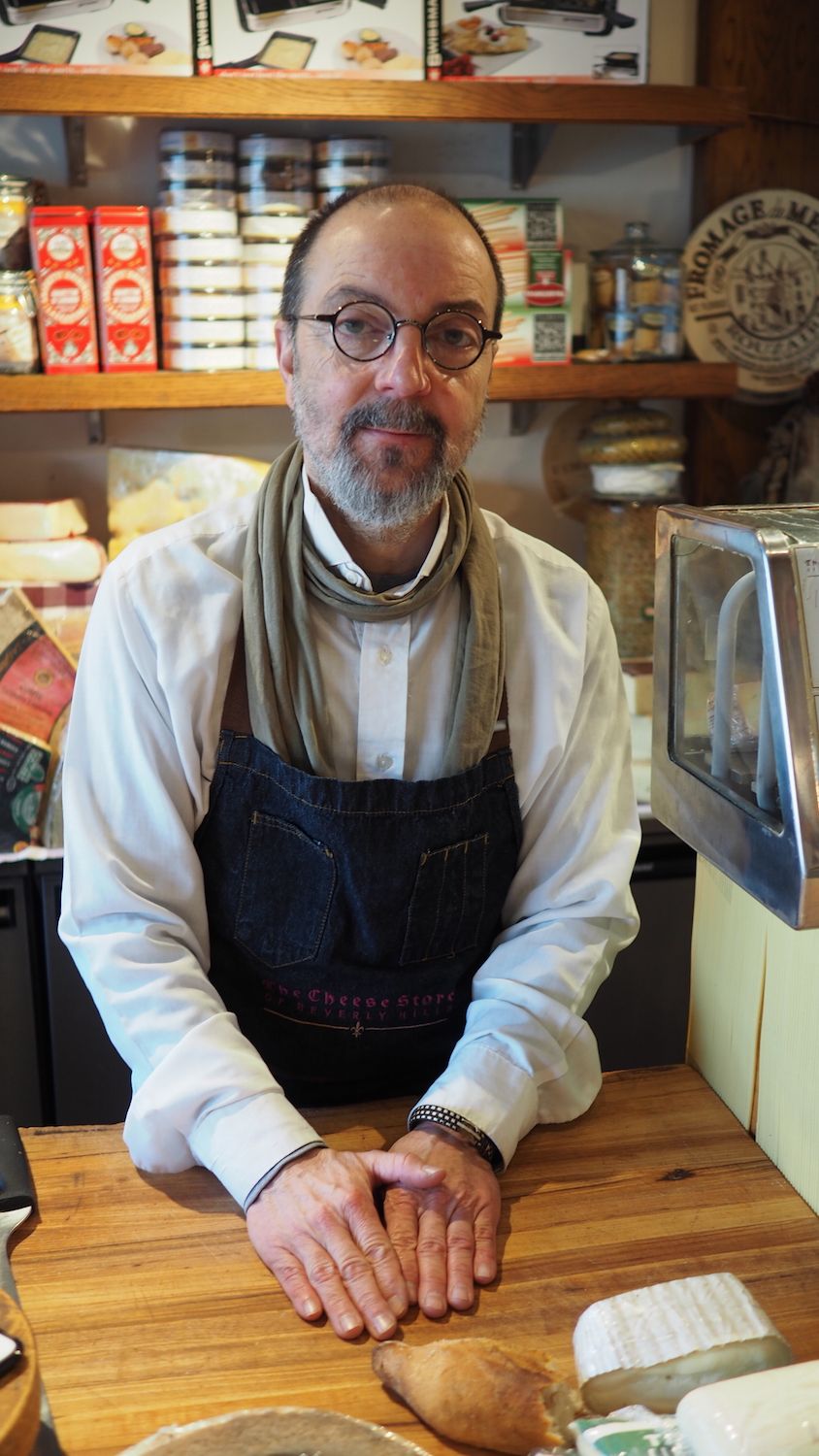 Norbert is so cool—he's got two pianos in the shop. 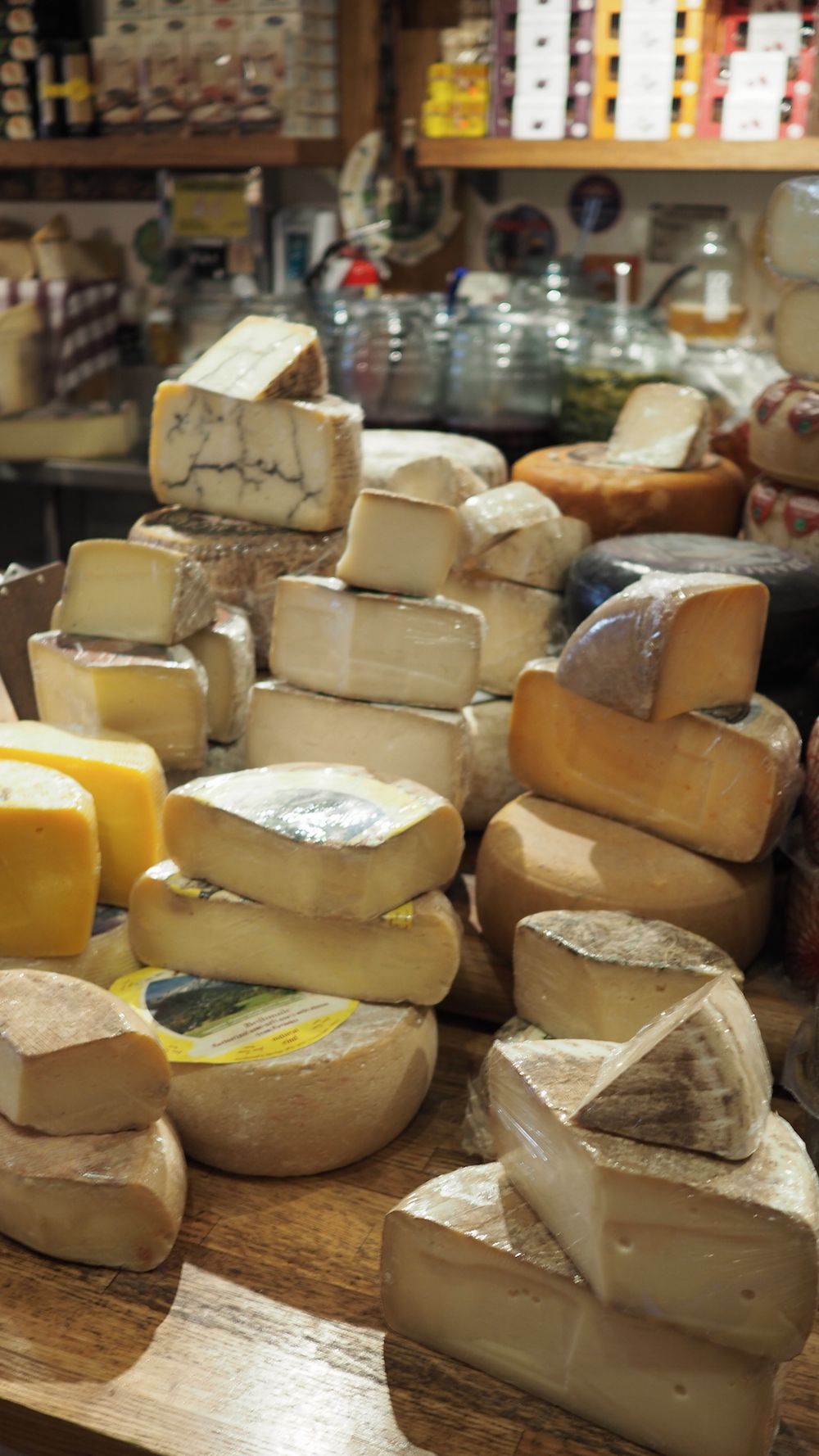 Like the rest of Beverly Hills, here you can indulge in a little richness.

Santa Monica
Andrew Steiner may have opened his tiny fromage shop right when the recession hit back in 2008. However, eight years later, it’s not only surviving— it’s thriving. What’s the key to Andrew’s success? Proud Santa Monica supporters that dig having their own local cheese shop. And the culinary community reciprocates the love too— tons of upscale Santa Monica places serve Andrew’s cheese, including Michael's Restaurant and The Penthouse at The Huntley Hotel.
Andrew says: “We host events all the time, so check out the site before you go.”
Andrew’s Santa Monica food recs: Ox & Son, Sweet Rose Creamery,  Art's Table, Blue Plate, Rustic Canyon Wine Bar and Seasonal Kitchen
If Santa Monica were a cheese: Joseph Paccard Beaufort d’étè. It’s beautiful to look at yet terrifically complex upon further inspection. It just keeps getting better and better and every taste is something different. 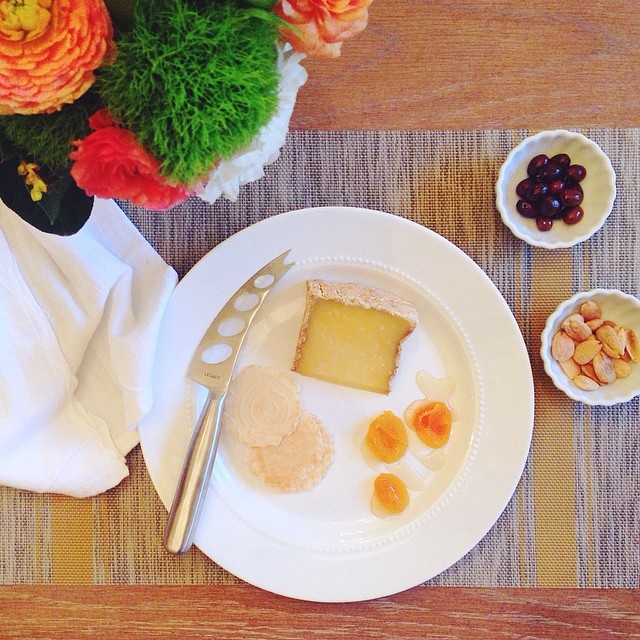 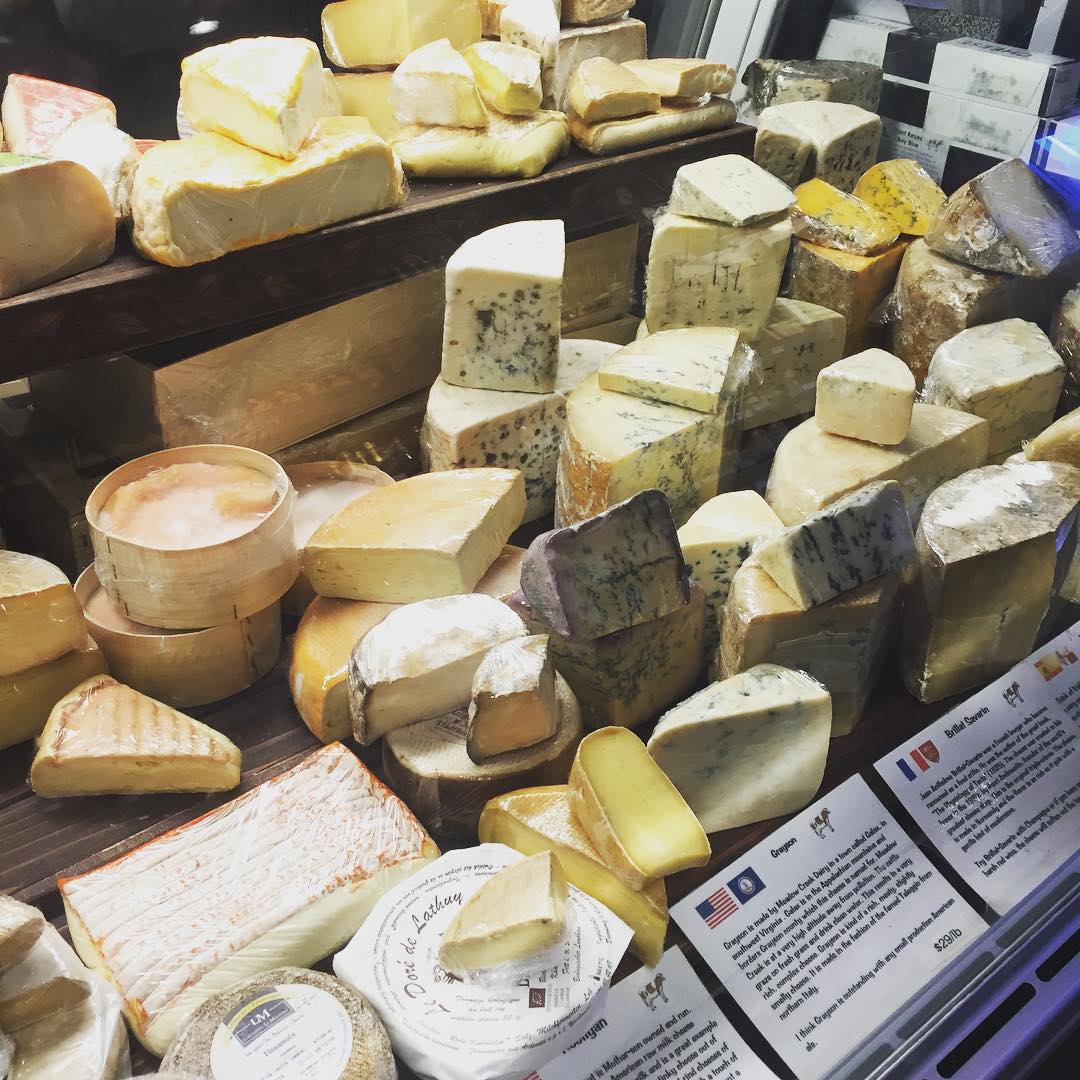 WeHo
Former restaurateur-turned-archaeologist Youssef Fakhouri did not set out to make the best tasting vegan cheese to please vegans, but to impress a woman. What started as a way to woo in 2014, quickly transformed into the most coveted vegan cheese shop in the world. And yes, it might be dairy-free, but don’t call it vegan, says Youssef—it’s much more than that ... good for you and the environment. Cedars-Sinai hospital's doctors even “prescribe” Vromage to their patients, so you know it’s real.
For Youssef, making Vromage cheese is an art form—there are over 20 kinds of his creations developed without a single recipe. He’s like a master painter. When the painting (fermentation) stops, that’s when it’s ready. And you know he’s a master when Alicia Silverstone frequently pops in for pepper jack to make grilled cheese for her son.
Youssef says: “We have got to be better than cheese. That’s the whole idea! I want to make something that will leave people satisfied without causing health issues. The goal of Vromage is to break out of the vegan community, even if it is a huge part of it. It’s about changing attitudes towards vegan products.”
If West Hollywood were a cheese: Brie. It’s creamy, buttery and the perfect party cheese. 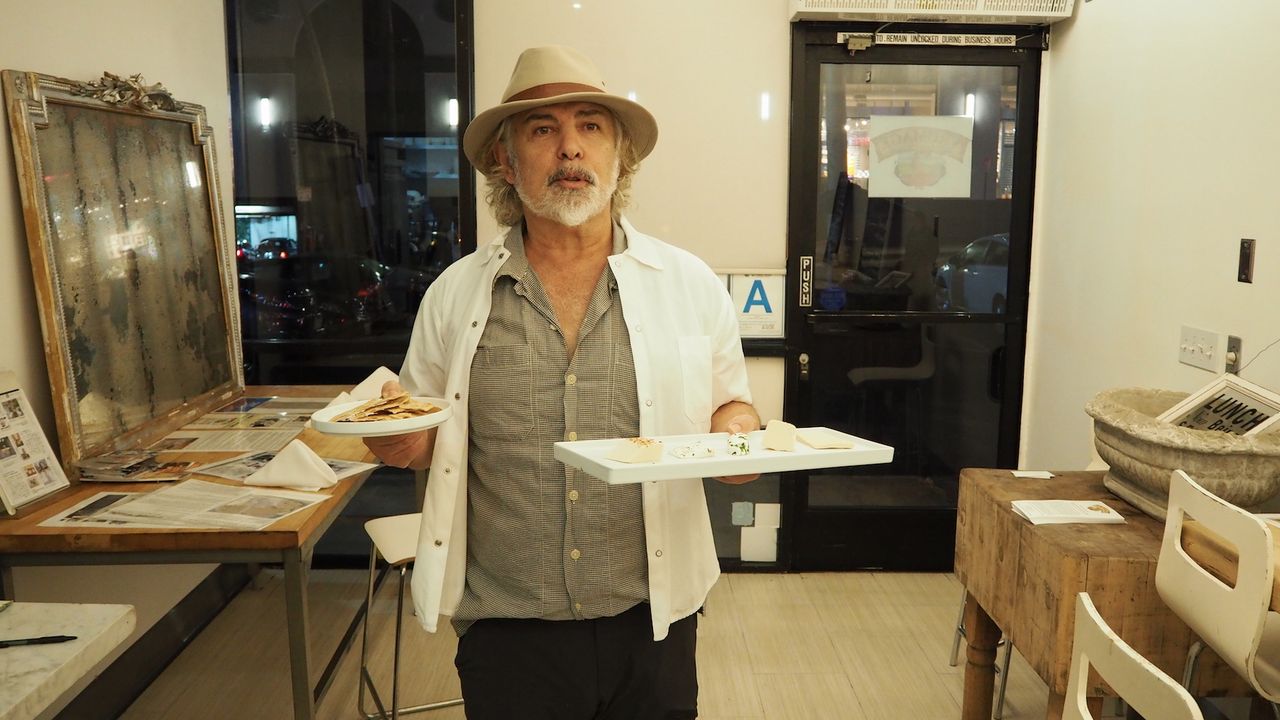 Youssef is like Indiana Jones, if Indy decided to make vegan cheese. 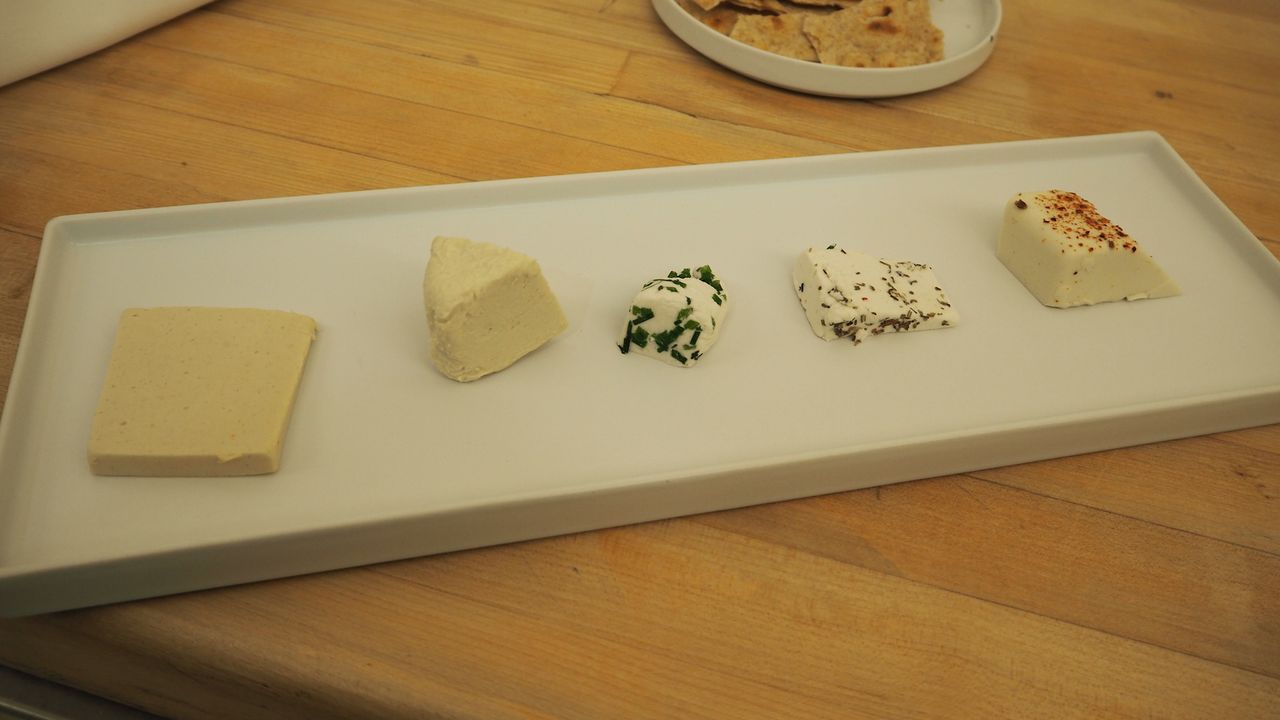 Watch friends trip when they realize it's not fromage, but vromage! 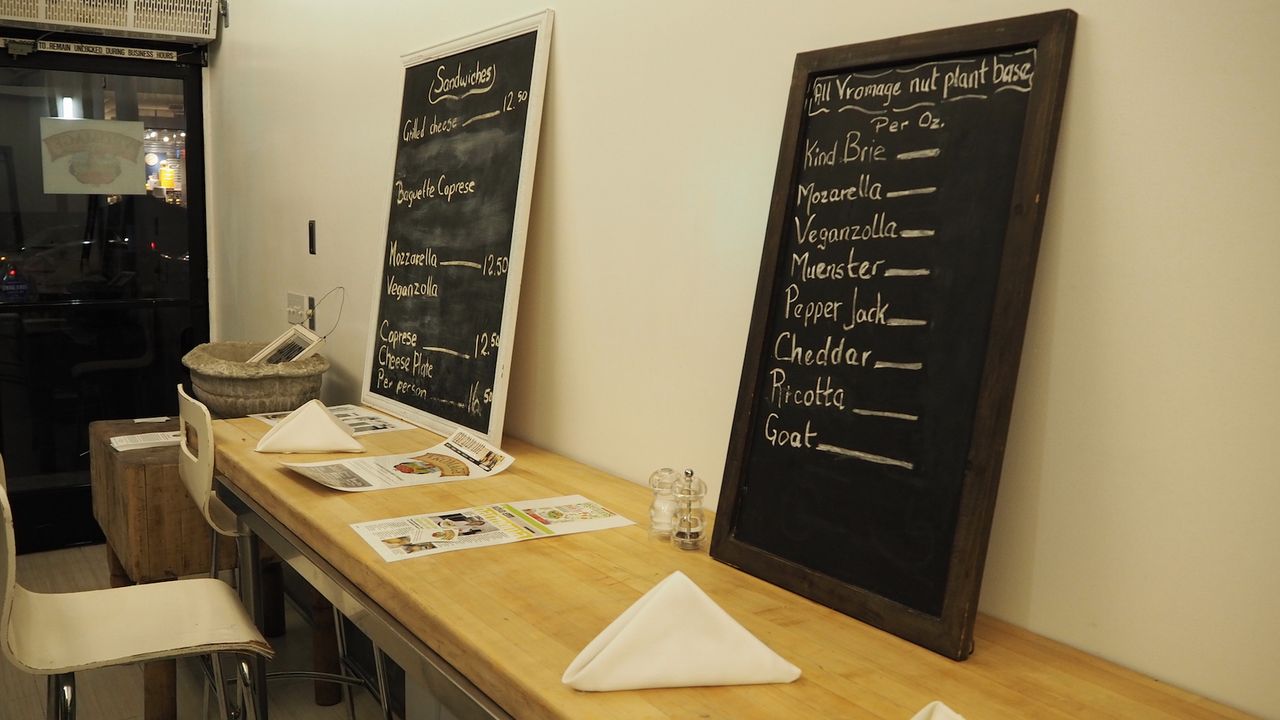 *Update: No doubt, the neighborhood will miss Maggie. From the time we interviewed her to publication, she is no longer at the Cheese Store in Silverlake.

Arden Shore and Melissa Karlin are writers and work wives who will never turn down a cheese sample.​