10 Dishes to Cure a Hangover in LA

In-N-Out or the golden arches might be the old standbys when you've had a few too many, but these delectably greasy dishes are better equipped to give your hangover the boot.

How we got here is irrelevant. Maybe those pickleback shots were a bad idea; perhaps you should have dipped into the bread basket at dinner; it’s possible that you did not, in fact, need another round of whiskey sours after you switched to beer. Such is life.

As I write this article just as hungover as you likely are reading it, the fact remains that we’re all in the same boat now … the same dehydrated, queasy, sinking boat in need of an edible life raft. When staring a crippling hangover in its repugnant face, you need to be armed to the teeth with an arsenal of grease-laden, high fat, carb-o-licious dishes to soothe your soul. Everyone wants something a little different when they’re hungover. Some of us are breakfast sammy fiends. Others could slurp up bowl after tangy bowl of Asian noodles. Maybe you're more the bacon with a side of bacon type? With your diverse tastes in mind, I painstakingly drank to excess to bring you peace and joy in the form of day-after-drinking-food.

There is something for everyone here, but, let me be clear about what these meals are not: This is not a list of 10 great brunches/ restaurants/ popular haunts (that’s another list for another time). These are miracle meals that you can proudly shove down your gullet whilst rocking sweatpants, day-old makeup and giant sunglasses.

The following hangover meals are a collection of the very best LA has to offer, the creme de la creme, if you will (and, trust me, you will) to help you return to the land of the living after being an intoxicated gremlin the previous night. Bottoms up.

If you’ve slept ‘til 2 p.m. but you’re still craving a hearty breakfast, you’re in luck because, Poppy + Rose is slinging brekkie all day. The Lumberjack serves up pancakes, eggs, bacon or sausage and a crunchy brick of hash browns. A perfect balance of protein, sugar and carbs … add a coffee and you might be a functioning human by dinner. 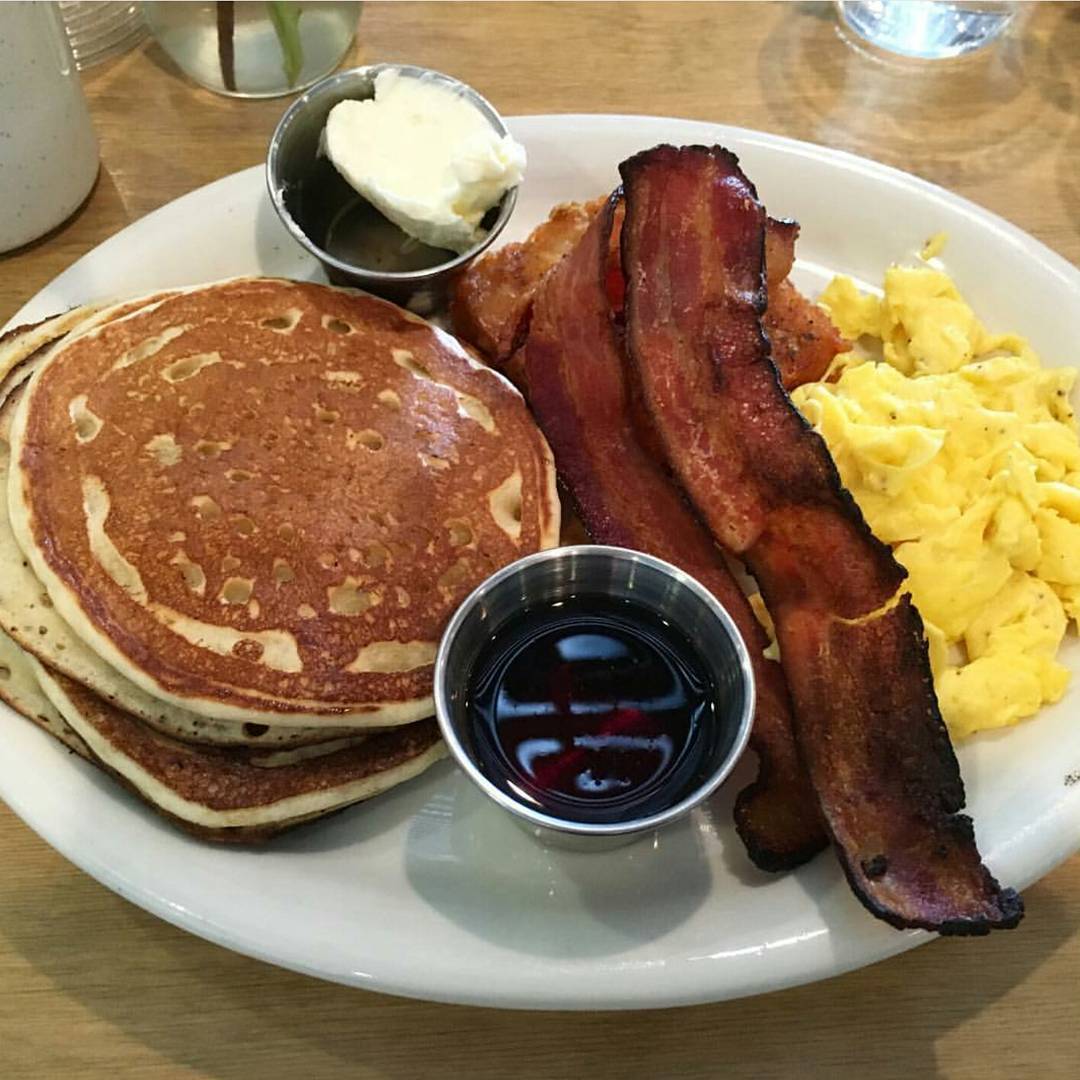 The in-demand Korean BBQ taco truck is the brainchild of Chef Roy Choi and offers up some of the tastiest dishes to cruise down the streets of LA. But the kimchi quesadilla is the happiest marriage of two cuisines, like, ever. The tang and spice from the fermented Korean staple is the zing your palate needs to forget the taste of cheap vodka from the night before. 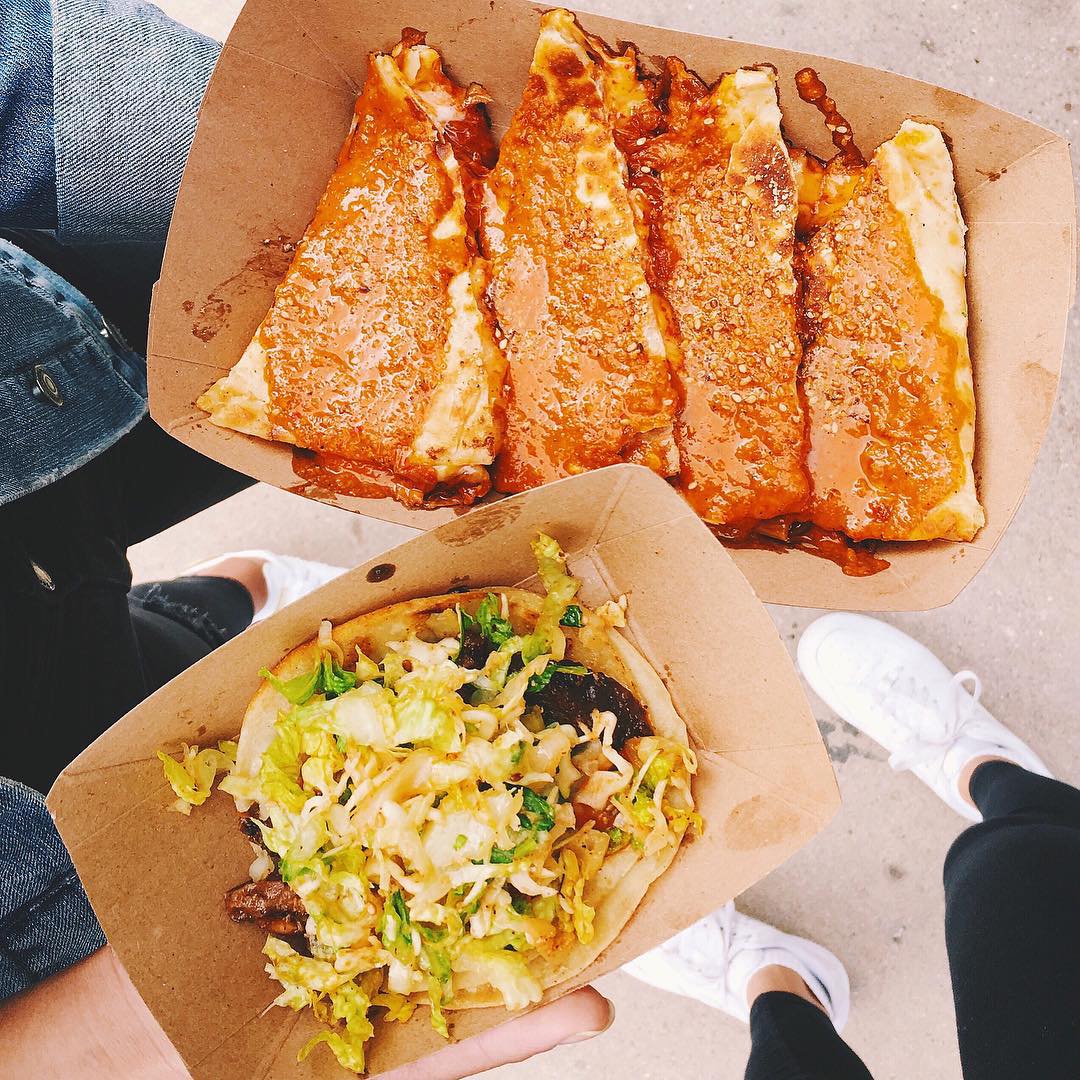 A buttery biscuit with gooey yolked eggs and crispy bacon is the perfect foil for a rude hangover rearing its ugly head. These adorbs lil biscuit sammies fit in the palm of your hand and they’re only $4 a pop, so orderings several is highly recommended. Only downside is they stop serving breakfast at 11 a.m., so giddy up. 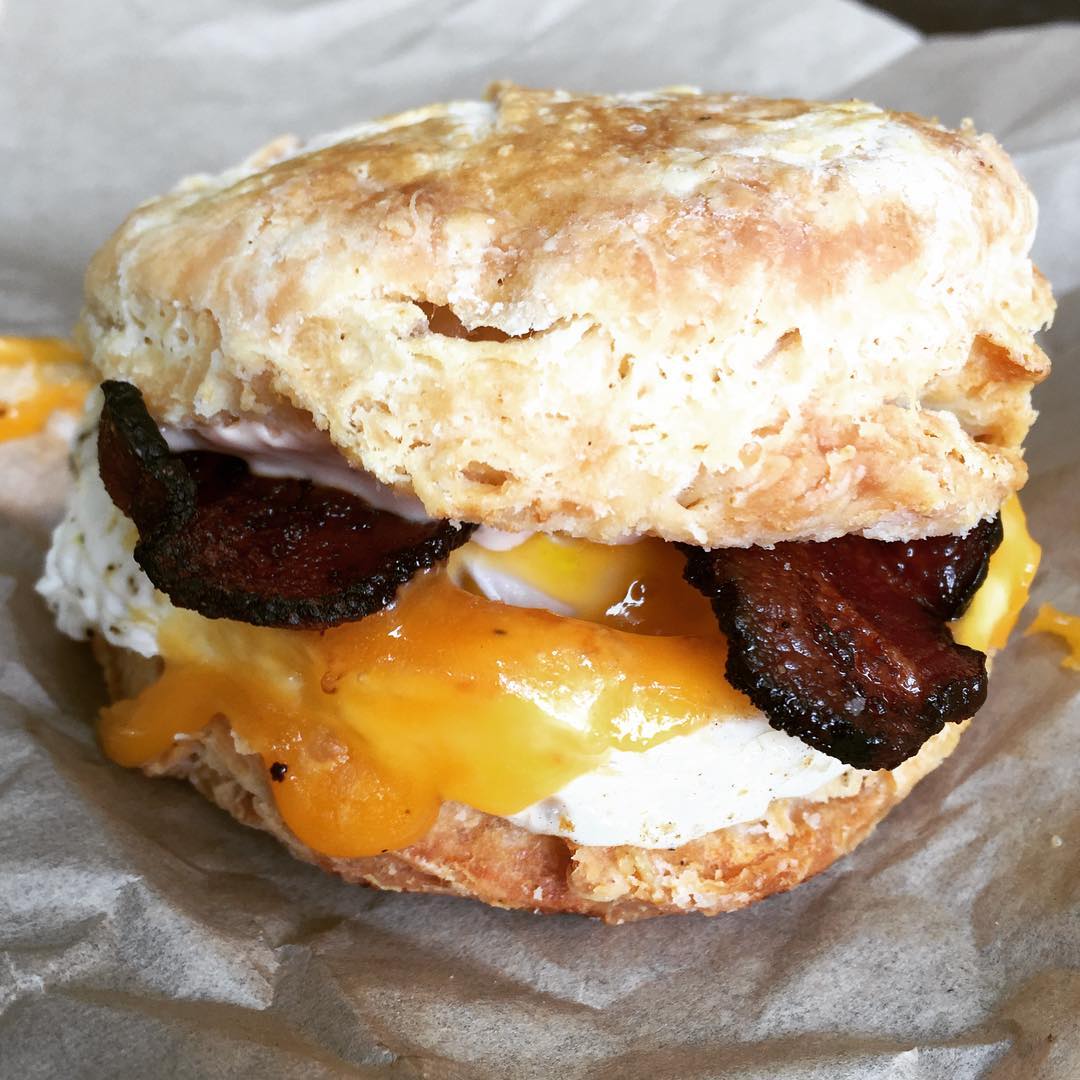 Do not be dissuaded by the appearance of this ramshackle sandwich stand, the cheesesteak with grilled onions are what dreams are actually made of. It’s cash only, life changing and as close to an authentic Philly cheesesteak as you can get this far west (trust me, I grew up outside of the city of brotherly love). One note: if anyone tries to convince you to put marinara sauce on your cheesesteak politely say no and never speak to that fool again. 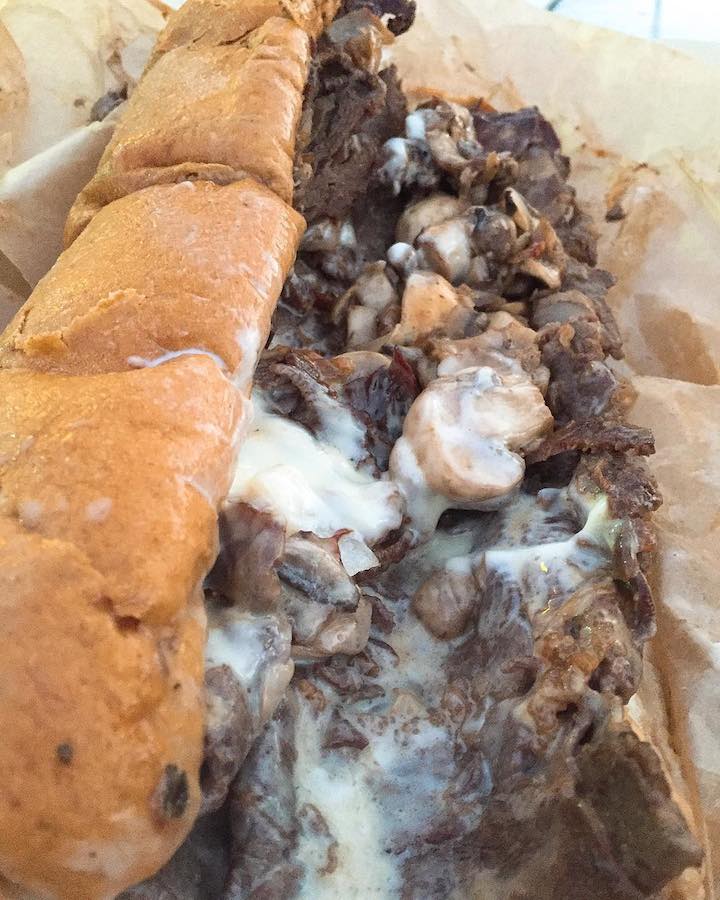 Red Velvet PanCAKE at The Griddle

For those with a sweet tooth, any of the pancakes at WeHo institution The Griddle will satisfy you. When you’re hungover, however, you need to bring in the big guns. The red velvet pancake is basically an actual red velvet cake that is masquerading as breakfast. And you know what? We’re ok with that. 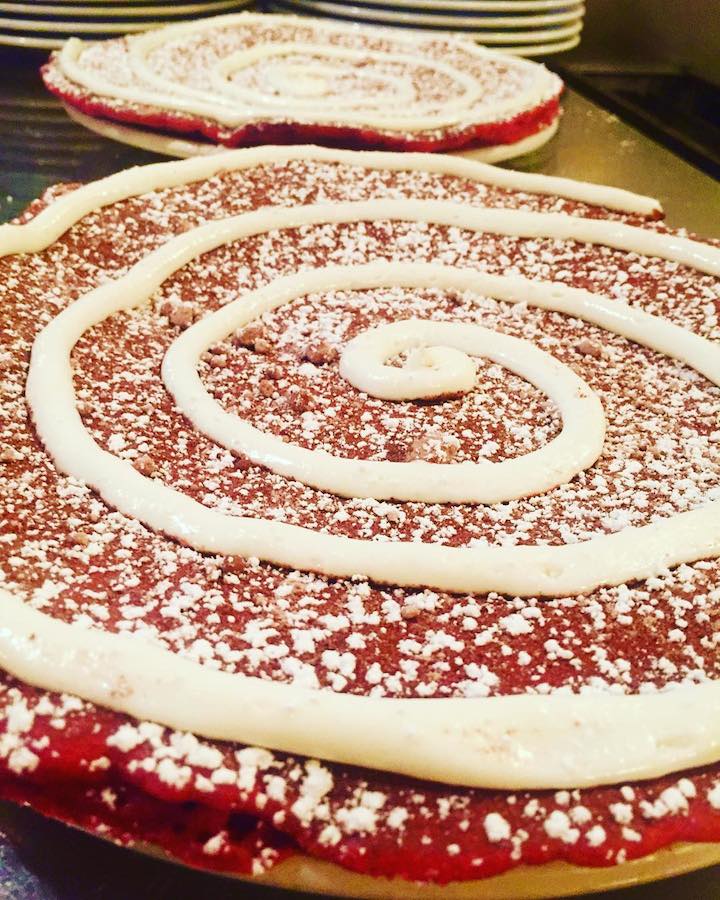 If you’re not a ramen addict you might turn your nose up at a simple soup. However, ramen is not a simple soup, it’s a meal and Tonkotsu brings all the rich fatty goodness that we love in ramen and lets you amp it up by adding things like meat, a farm egg and extra noodles. BTW, absolutely get the extra noodles. 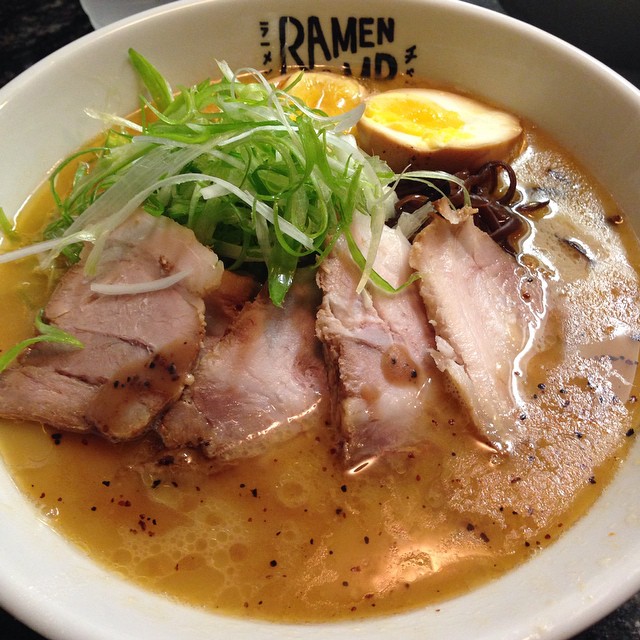 The dense and delightful breakfast burrito at hole-in-the wall Corner Cottage is everything a breakfast burrito should be. Eggy, cheesy, meaty and potato-y, the burrito manages to be filling but still somehow fresh. Oh, and you have the option of not one, not two, not three but four different kinds of meat. Only downside is that they stop serving at 11 a.m. 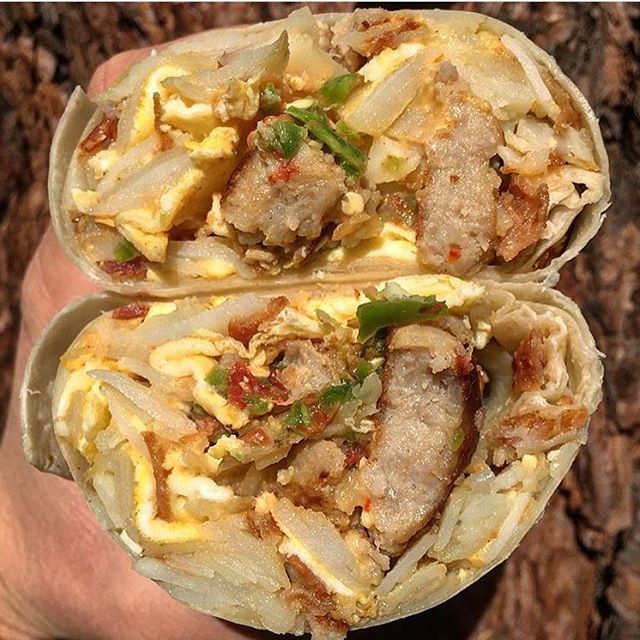 Food stands are the most perfect venue for the hungover because you don’t even have to go inside and pretend to be a real human. At Tito’s, the line can sometimes be daunting but since you’re a pro, you call in your order ahead of time and head to the front of the pick up window. The menu here has lots of delicious sounding items but do your best to ignore them and just get several beef tacos with cheese. The shell is crunchy, the beef is shredded and you’re instantly healed. 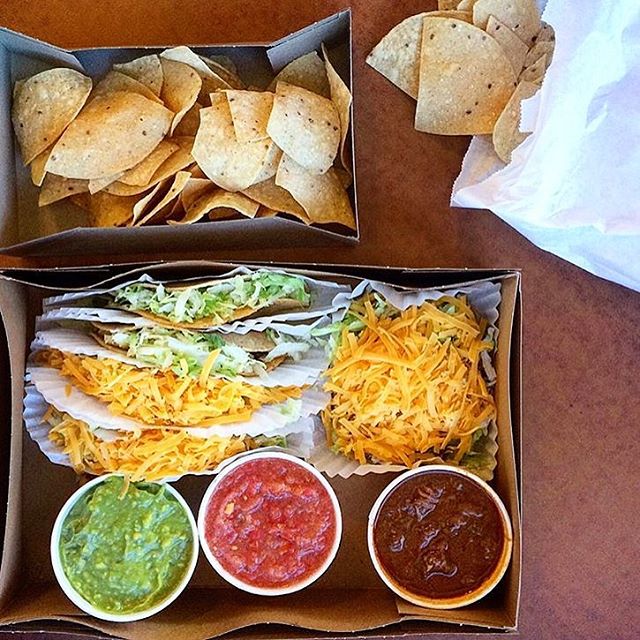 The line and the menu at Pink’s can be overwhelming. When you’re really in no fit state to handle life, reward yourself with the bacon chili cheese dog. The hot dogs at Pink’s have serious snap, the chili has no time for useless ingredients like beans and the government cheese is just what the doctor ordered for your hangover. The doctor also ordered some tums with this meal. 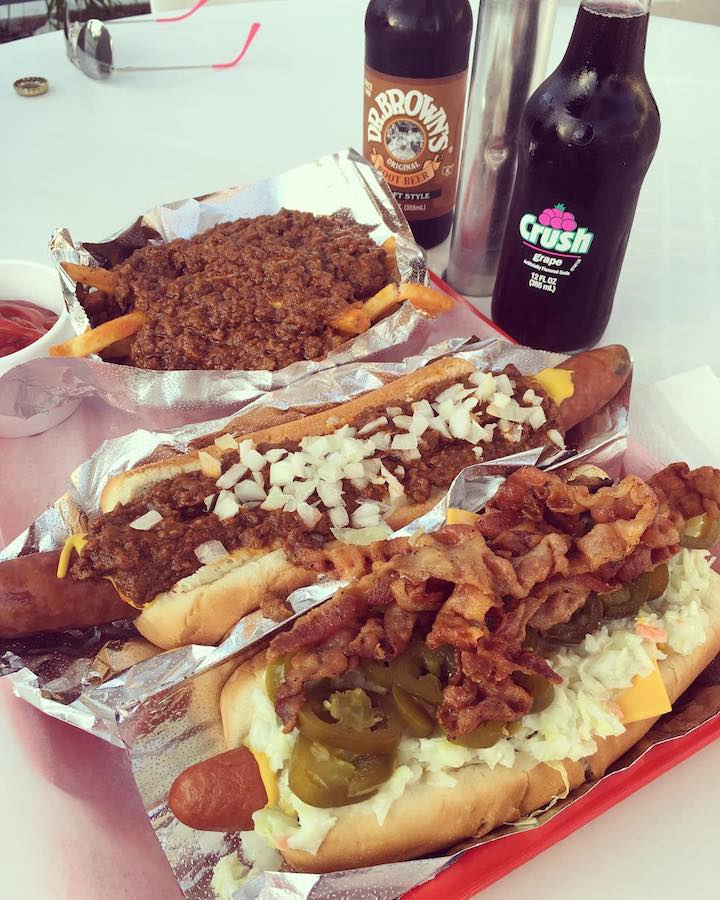 The New York & The Hollywood at Nate'n Al

Beverly Hills, $$
Shelling out nearly $20 for a sandwich might seem pricey but there is literally so much meat piled high at Nate ’n Al that it’s worth every penny. The best part of this classic jewish deli is the fact that you can get half sandwiches which means you can get both the New York and the Hollywood (essentially a pastrami special and a corned beef special, respectively). I mean, the dream is to be bicoastal, right? 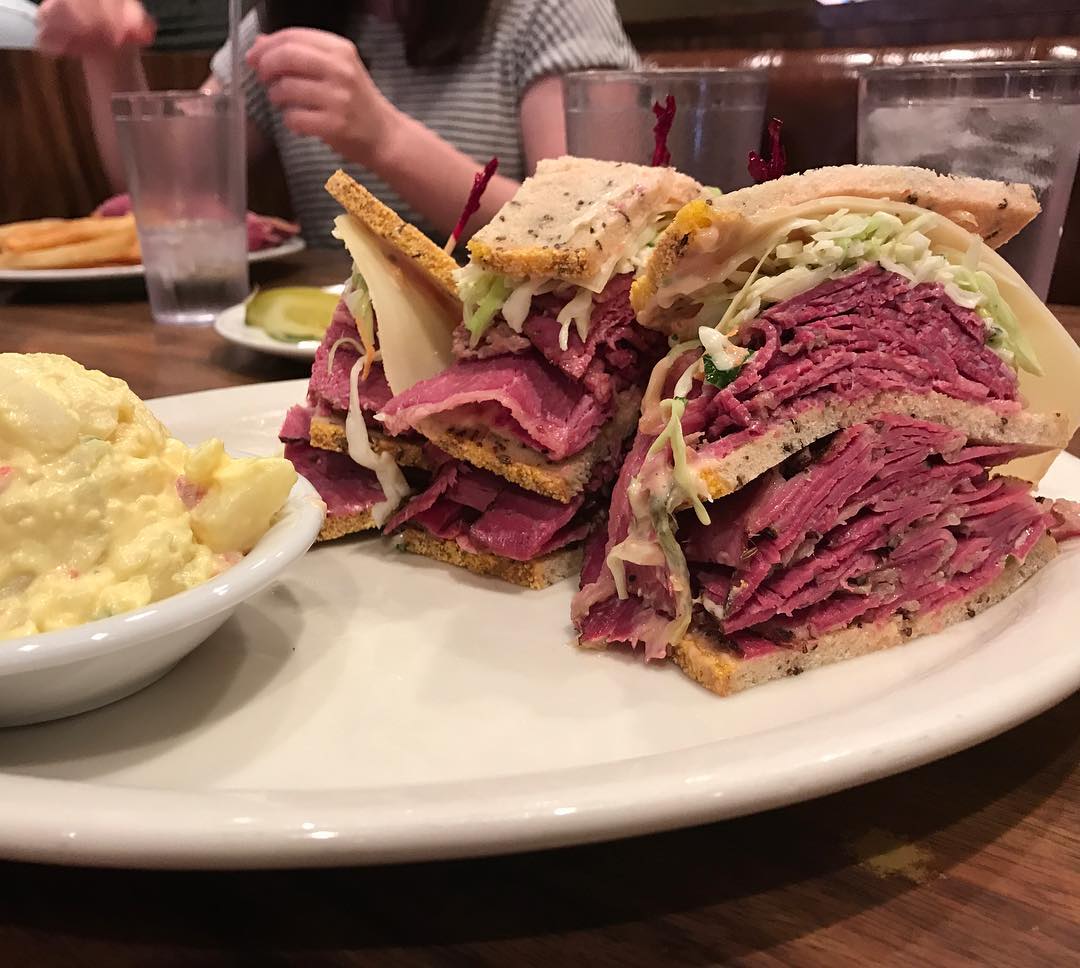 Caitlyn is a beauty, lifestyle and entertainment guru who has appeared on shows like The Insider, The Wendy Williams Show and The Today Show. She’s hosted digital shows on beauty, fashion, food and celebrities at HuffPost Live and WhoSay and has written for places like Yahoo! Beauty and The Huffington Post.