PlaceList: Clara Cakes Shows Us Vegans Can Be Punk Too

With the release of her first cookbook, 19-year-old vegan cake mixing master Clara Polito shows us where we can taste some of her baked goodness, see some live punk music and find cute skater boys to wink at in Los Angeles.

Where: Los Angeles
What: How to be a punk vegan in Los Angeles
Who: Clara Cakes AKA Clara Polito describes herself as the “messiest type A Person you will ever meet.” If you take one look at her cookbook, out March 7, you’ll quickly realize that Clara is a DIY kind of gal, which is a prerequisite if you’re going to launch your own vegan bakery, manage your own distribution, and publish the coolest cookbook on the market by the time you’re 19 years old. Clara attributes her drive and her carefully stylized yet carefree aesthetic to her punk beginnings selling her goodies at legendary, all-ages LA music venue, The Smell when she was a mere tween. “I’m a self-taught baker, like many punks are self-taught musicians. When I host a pop-up, I like to test out new recipes, much like when a band has a show and tests out new songs,” the LA native confides.
Get Citizine Updates Here 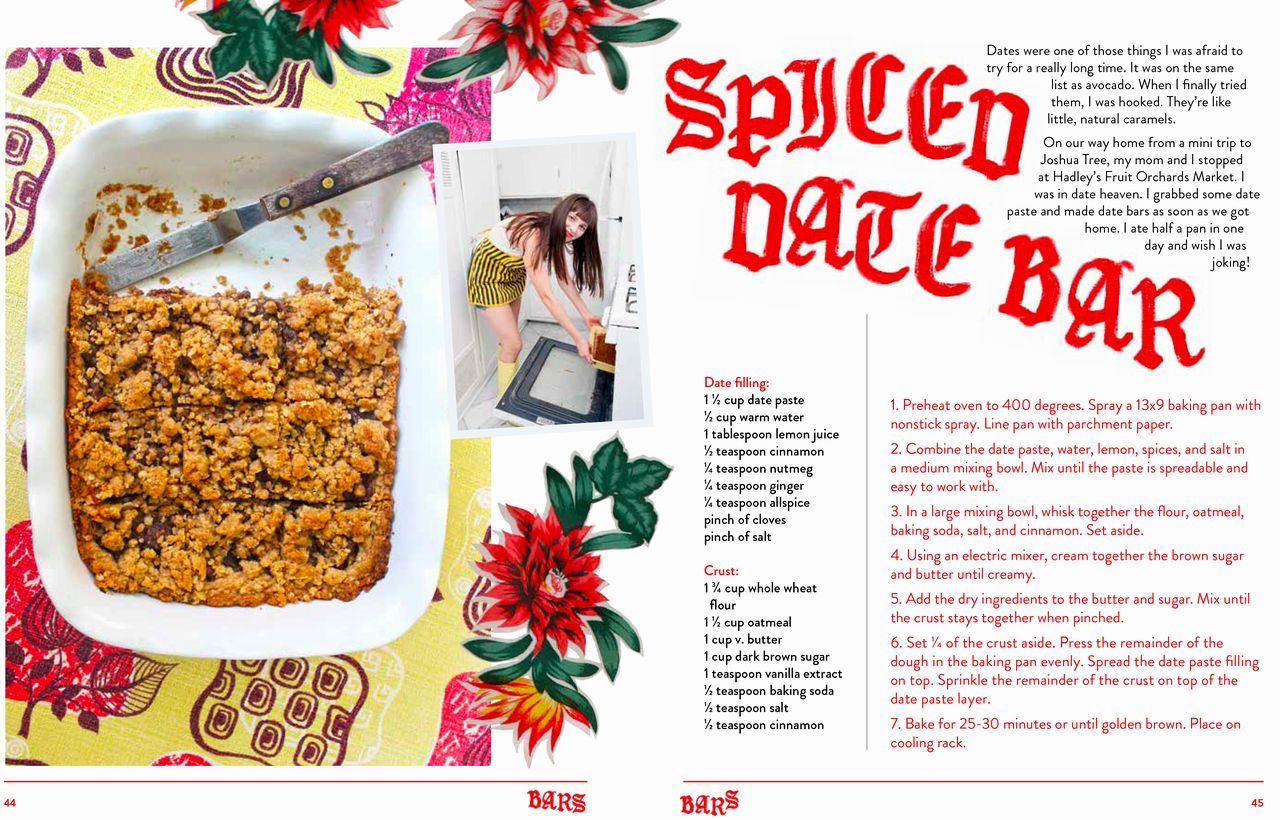 One of the baker's proudest spreads in her cookbook, 'Clara Cakes: Delicious and Simple Vegan Desserts for Everyone'. Buy it online HERE and get baking.

CP: PFFP serve incredible tacos, tortas, nachos, etc. at different spots throughout Highland Park through their taco truck. Word has it that they’re opening a brick and mortar which I’m crossing my fingers for!  You can find where their truck is HERE.

CP: Full disclosure: Azla carries my baked goods! But it’s an amazing Ethiopian-fusion eatery located in the Mercado La Paloma. Azla is a truly family owned business, the head chef is Azla herself. My favorite thing to get their is a three-item combo with Misir (red lentils and spicy berbere), Yatakilt (curry potatoes, carrots and cabbage), Spicy Tofu (dry rub tofu and spicy berbere) with brown rice or Injera, a Sorrel, and a Clara Cakes cupcake to top it all off.

CP: I’m very proud to say that Pizzanista was the first place to sell my cupcakes wholesale! They have delicious, sourdough-ey, saucey, pizza by the slice, and always have three vegan flavor options available. A little bonus is, more often than not, there are skater cuties chowin’ down that you can wink at.

CP: Echo Park Film Center is a non-profit organization that provides free film classes to youth in the community that I was lucky enough to attend a few times. They host film screenings, rent out film gear, and host local + international residencies, in addition to classes. To support them, go to a screening, or show them some love through donating HERE.

CP: With many venues being 18 or 21+, shows often exclude our younger friends. The Smell is a volunteer-run all ages music venue that has affordable shows and a vegan snack bar. It’s where myself and countless LA youth got our starts within our creative aspirations!

Power Violence at The Satellite

CP: I don’t go out to see comedy a whole lot, but I laugh a lot when I see Power Violence. Best described in their Facebook bio as “We are a comedy collective of best buds.” The fact that they’re called Power Violence is punk, and they actually started as a band, making them even more punk.

CP: What’s more punk than getting a workout for free and surrounded by nature?! I’ll let you pick whatever hike you’re up for within GP. Hey, maybe treat yourself to a recipe from my cookbook when you’re done …
Get Citizine Updates Here 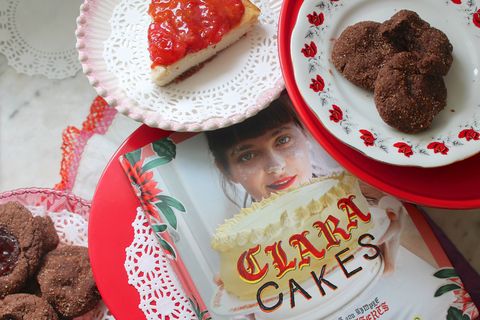 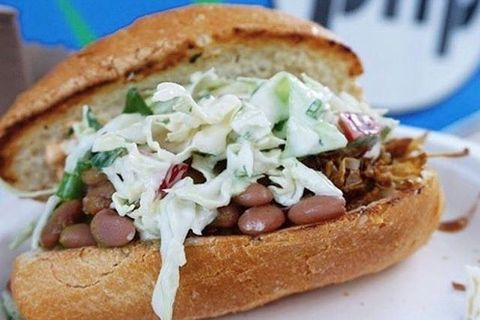 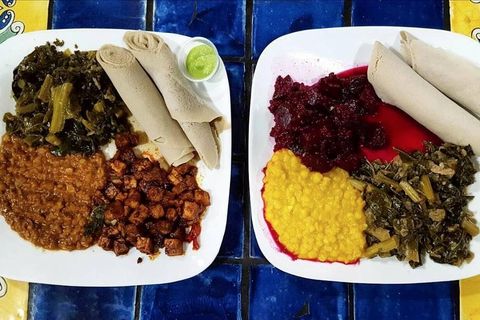 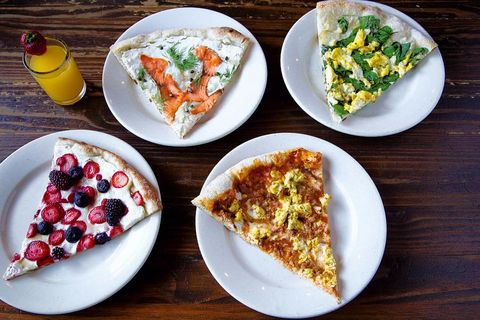 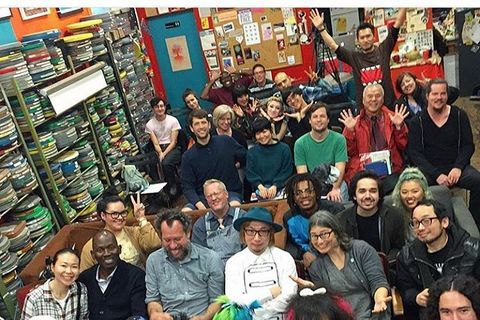 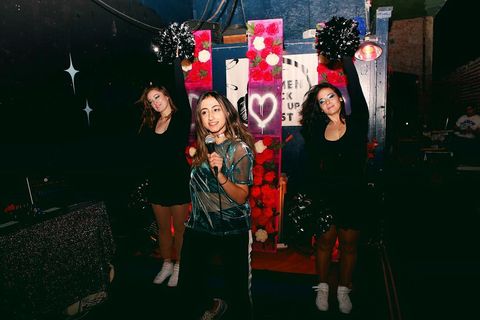 The Smell. Image courtesy of @shabferdowsi 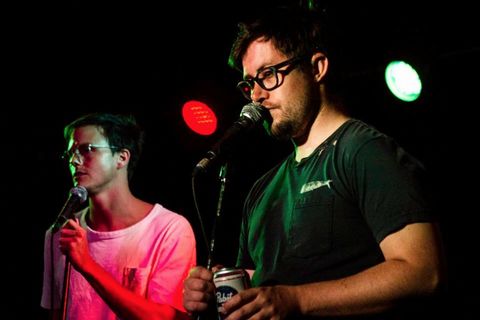 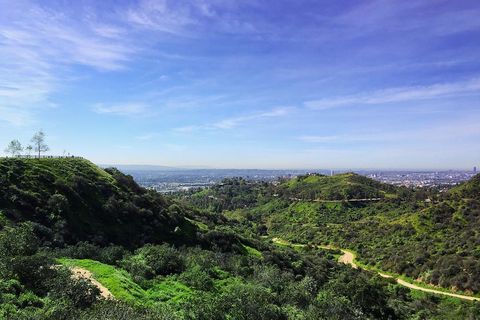