Halloween events for every ghost, ghoul and goblin on the spectrum

Halloweekend is practically here, LA. Our list of Halloween happenings is colossal, so your only quandary at this point should be what to wear. Get ready for scissor-kicking lucha libres and a full blown séance. For the fainter of heart, how about cupcake decorating, Big Sean live at The Hollywood Roosevelt or a costumed dance party for a good cause? For classic scares, zombies will be crawling all over DTLA and our favorite German Expressionist vampire, Nosferatu, will be hitting the big screen. The most epic of Dia de los Muertos celebrations is going down at Hollywood Forever, Warner Bros. is hosting tours of some of the most iconic horror film sets and if you are still struggling with your costume … why not throw on a bow tie and embody Pee-wee Herman with the masses at MiniBar? That’s only the half of it. It’s all happening, Los Angeles! Happy Halloween!
Get Citizine Updates Here

Lucha VaVoom Halloween Madness
The best way to welcome Halloween is with a heavy dose of lucha libre, burlesque and comedy. Even Jack Black says “Lucha VaVoom is the shit,” so go watch Mexican masked wrestlers body slam one another and reminisce about the pleasant mediocrity of Lucha Libre the movie.
Deets: 7 p.m.; Wednesday only (Thursday sold out); The Mayan; Tickets GA $40, Ringside $55 HERE 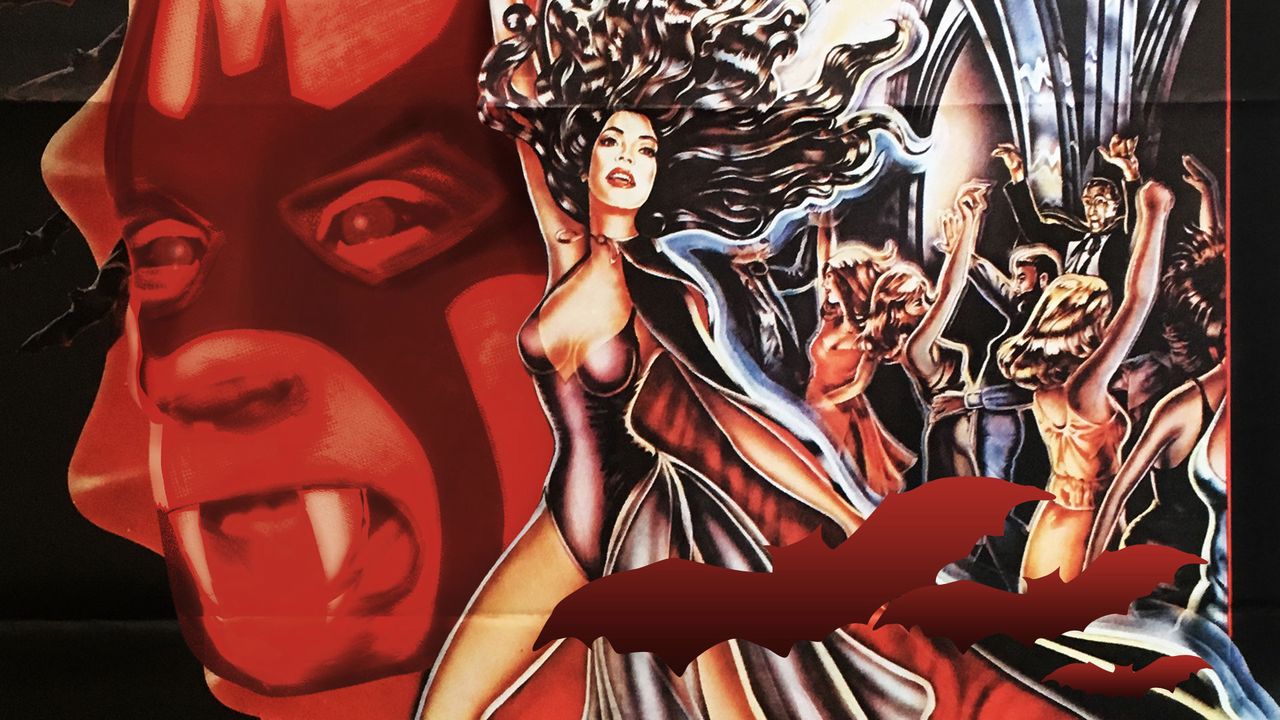 A Hollywood Séance
Haven’t you always been a little curious about what goes down at a séance? Get in touch with the other side just in time for Halloween with the guidance of three spirit mediums who have been communicating with spirits since childhood. Just don’t watch Insidious before you go ...
Deets: 8 - 10 p.m.;  The Gateway; More info and tickets ($40) HERE 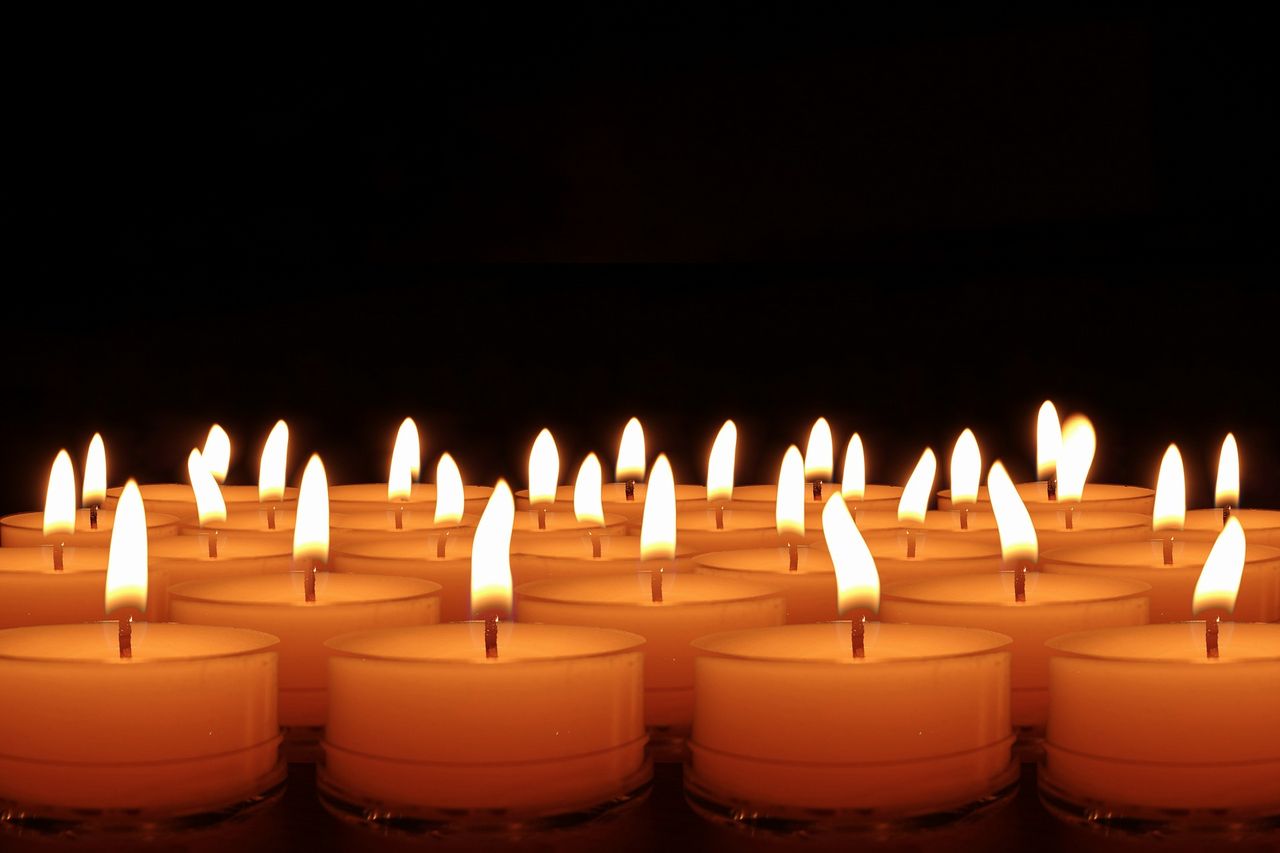 Horror Made Here at Warner Bros. Studios
Here’s one for all the horror film buffs out there. Warner Bros. is offering special twilight studio tour of sets and stages from The Exorcist, The Lost Boys, Gremlins, House of Wax, True Blood and Whatever Happened to Baby Jane?. Plus, the costumes and props from many others on the horror hit list will also be on view. Top it off  with a screening of the Conjuring (Friday) or the Conjuring 2 (Saturday).
Deets: 7 p.m. start (suggested arrival 6 p.m.); Warner Bros. Studio Tour; $75 gets you screening, tour, and movie themed treats. Info and tickets HERE 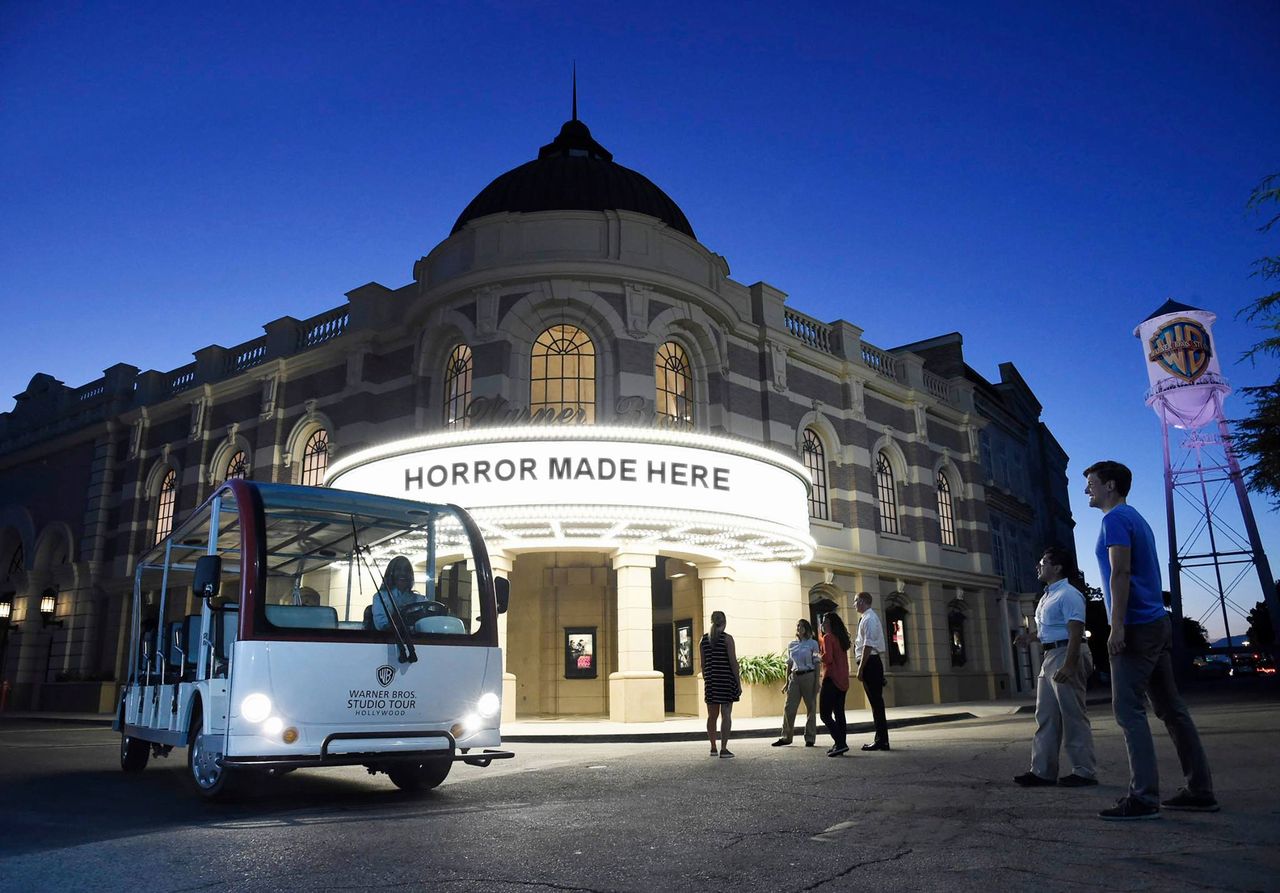 The Nightmare Before Christmas at The Hollywood Bowl
Witness Danny Elfman’s brilliance as he brings Tim Burton’s cult classic, The Nightmare Before Christmas, to life with a live performance of the soundtrack to accompanying the screening. Saturday and Sunday have very limited resale tickets remaining, but Friday’s show was just added. Get on it ASAP!
Deets: Friday and Saturday 8 p.m., Sunday 6:30 p.m.; Hollywood Bowl; Tickets HERE 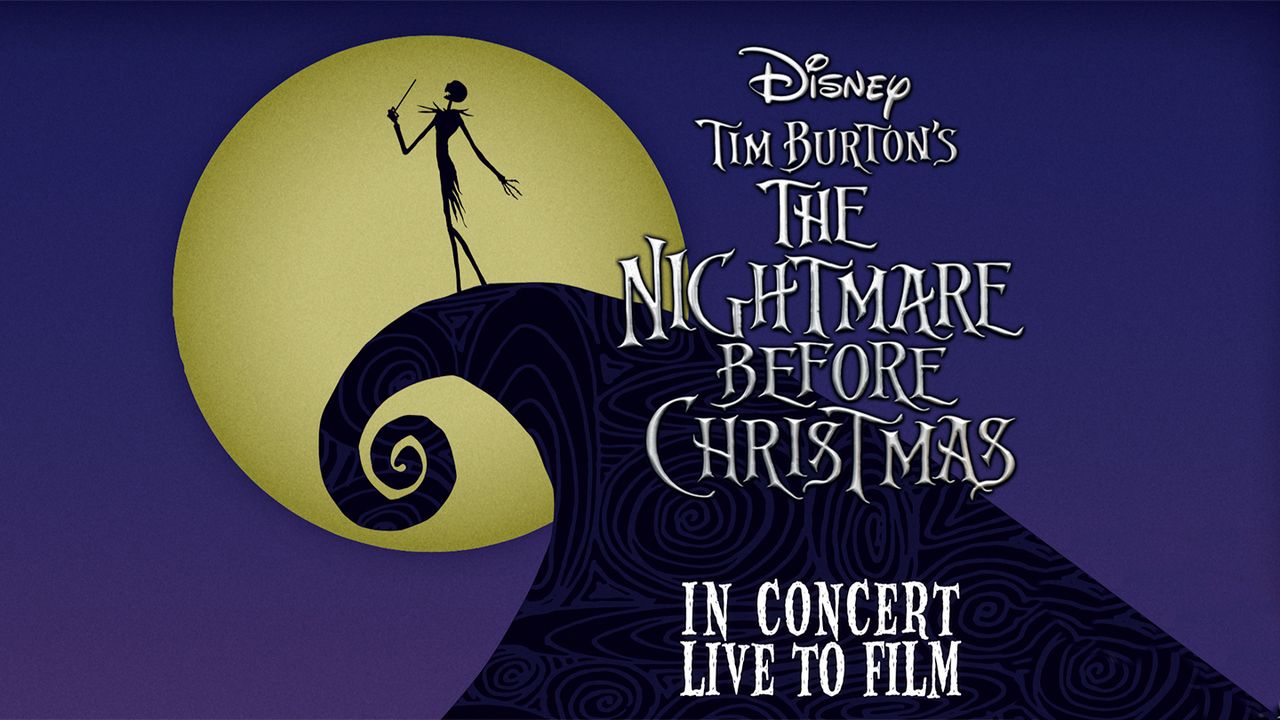 The Backwoods Maze
Head over the hill for a free, privately curated haunted maze in Burbank with some brilliantly costumed players who are sure to scare you silly. It might be homemade, but it’s far from cute ... Just one of of the many joys of living in movie town when Halloween rolls around.
Deets: 7 - 10 p.m.; The Backwoods Maze; FREE; More info HERE 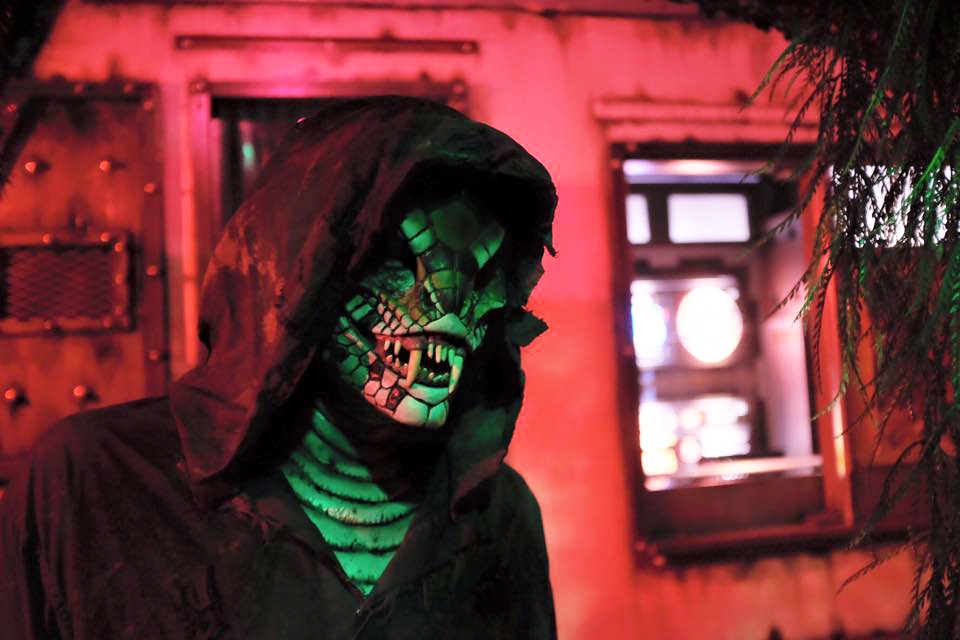 Image courtesy of The Backwoods Maze

Halloween Cupcake Decorating Event
Need last minute tips to up the ante on your Halloween party? Learn how to decorate your own Halloween cupcakes at Duff's Cakemix. (Anyone remember Duff Goldman from Ace of Cakes?) Compete for prizes, best costume and best cupcakes. Though this might sound like a a high pressure situation, no experience is necessary!
Deets: 5:30 - 7:30 p.m.; Duff's Cakemix; $36.50 gets you all you need to embark on your new cake decorating career. More info and tickets HERE 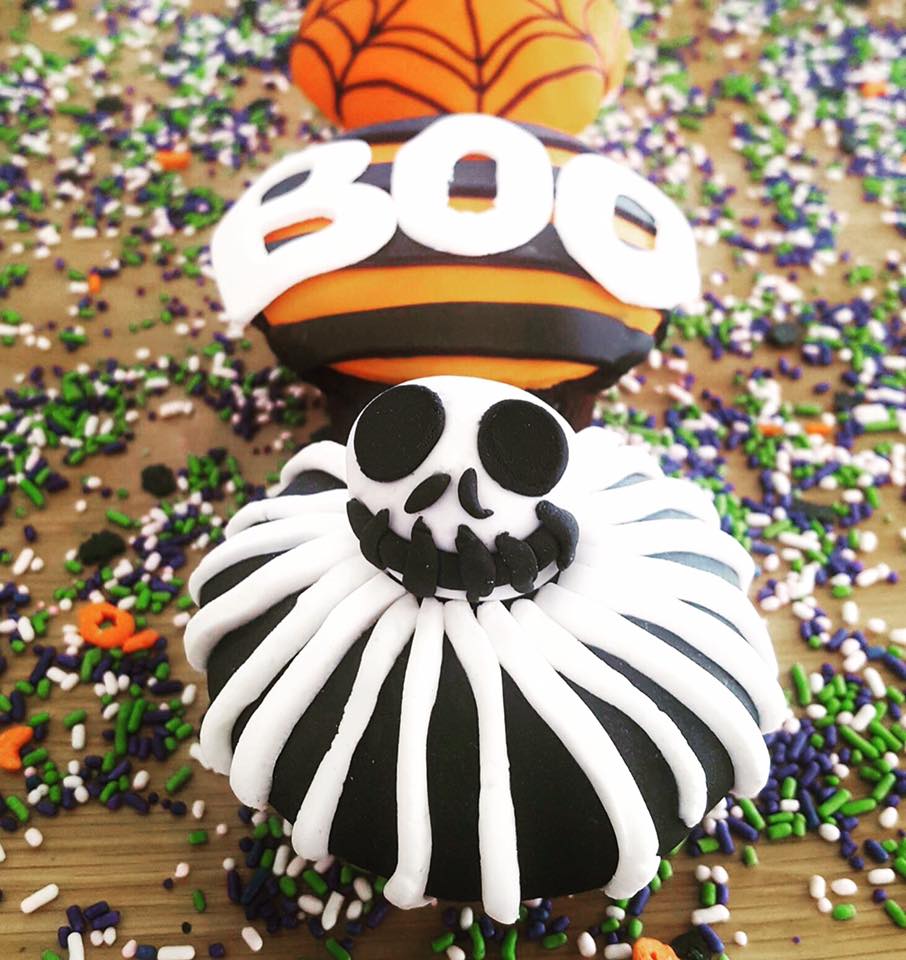 17th annual Dia de los Muertos Festival
Always a must-do on the LA Halloween calendar, Dia de Los Muertos at Hollywood Forever has hands-down some of the most beautiful costumes, makeup and altars you’ll see all weekend. The annual festival also has all of the tacos, tamales, papusas and agua frescas of your dreams. Plus, enjoy live music, arts and crafts and traditional Aztec blessings.
Deets: noon - 12 a.m.; Hollywood Forever; Tickets $20 HERE 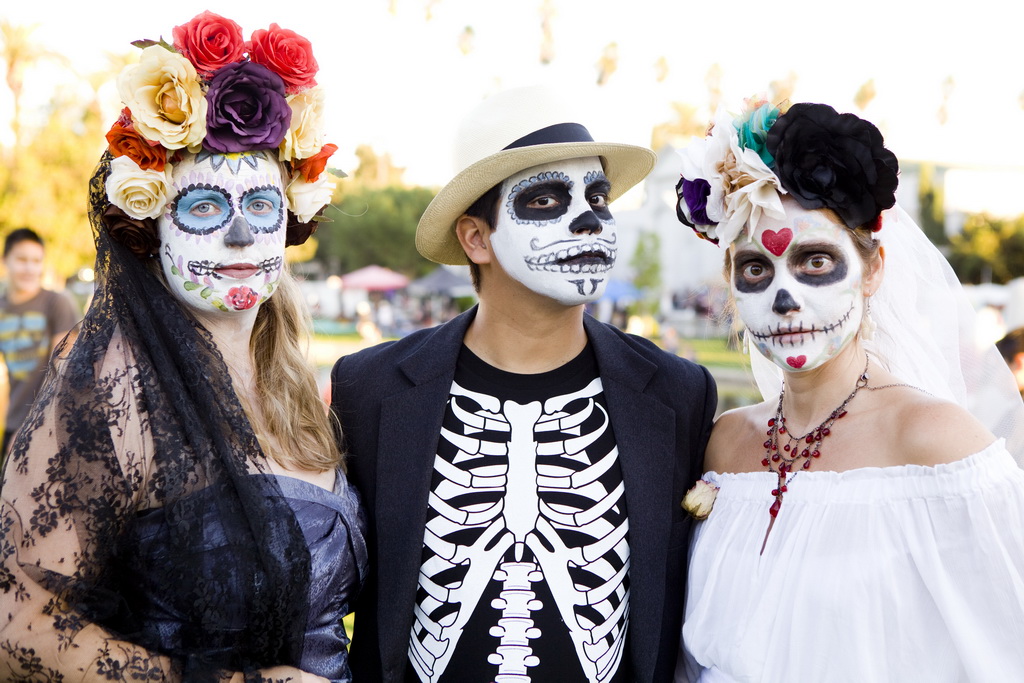 Image courtesy of Lady of the Dead

Big Sean’s Halloween Party at the Hollywood Roosevelt
The Roosevelt's annual Halloween bash is coming in hot with over 20,000 square feet of dungeons, ancient crypts and DJs all around. Stick around for a live performance from Big Sean. Tickets are definitely worth it as they grant you acces to Teddy's, The Blossom Ballroom, and the Tropicana Pool.
Deets: 8 p.m. - 4 a.m; Hollywood Roosevelt; GA tickets start at $130 HERE; Check out their Facebook page for up to date info HERE 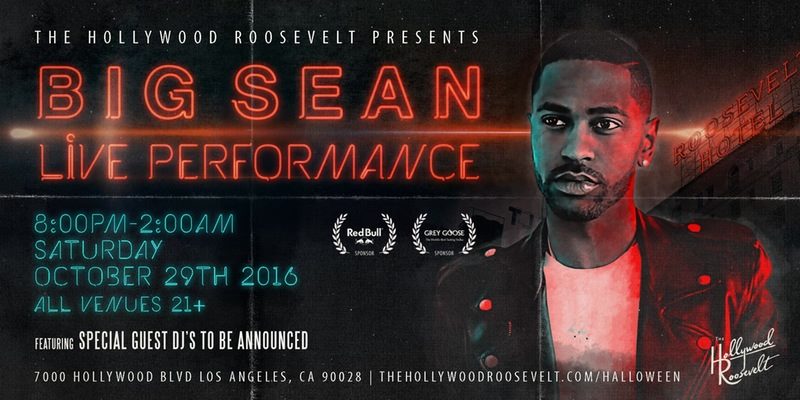 DTLA Zombie Crawl
In years past, DTLA may have felt like an apocalyptic zombie wasteland, but there’s no denying that today it’s one of the coolest (and historically relevant) spots in LA. Combine all of these factors and you’ve got one helluva Halloween party — a zombie bar crawl through over 10 of DTLA’s hottest bars and nightclubs. Arrive in costume and pick up your zombie survival kit, which may or may not include free shooter vouchers.
Deets: Check-in begins at The Falls from 4-9:30pm; Tickets $30 HERE 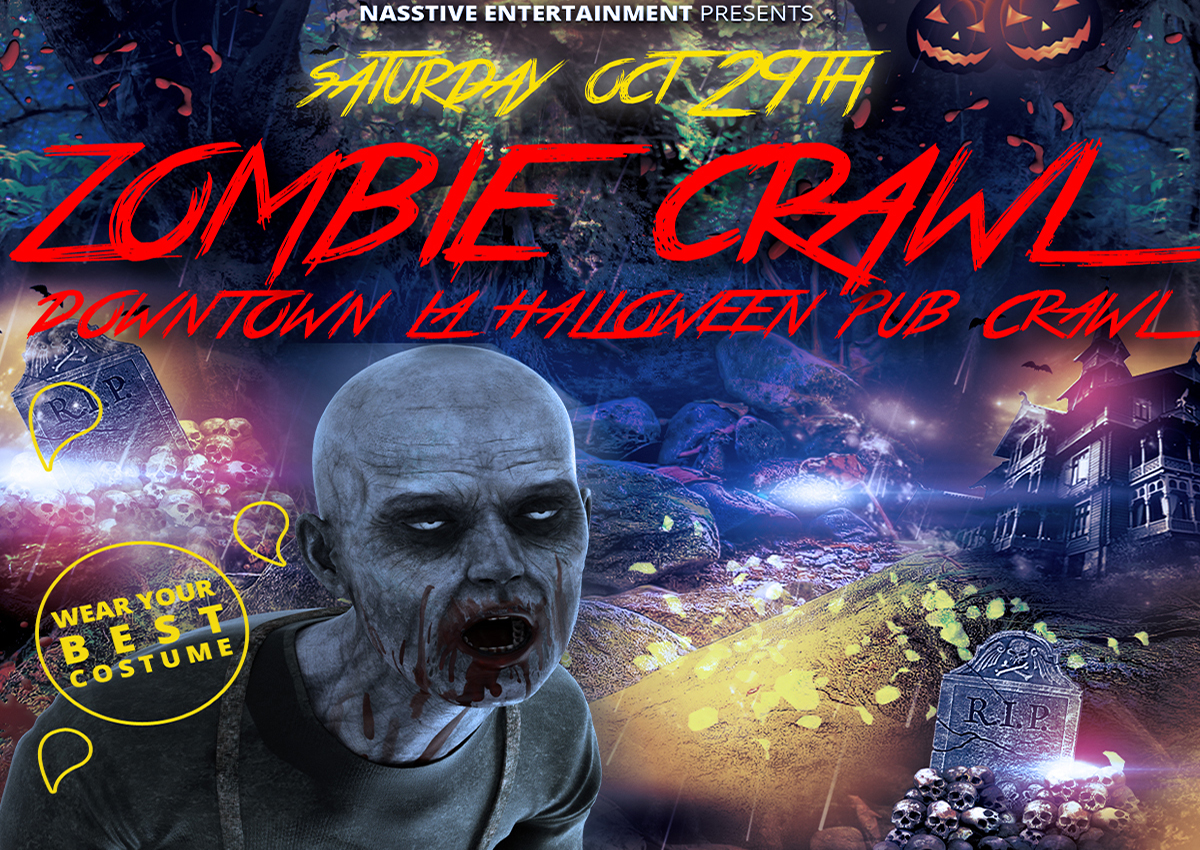 Dia De Los Muertos at Gracias Madre
Celebrate those who are no longer with us with vegan Dia De Los Muerto feasting at Gracias Madre this weekend. It all begins with an altar decorating ceremony (complete with Aztec dancers) at 1 p.m. on Sunday. Keep up the Halloween spirit through November 1st with menu specials like pumpkin empanadas, pumpkin cake with vegan cinnamon ice cream, Pan de Muertos con Chocolate, PUNkin horchata cocktails or a beer paired with a vegan margarita jello shot that's shaped like a skull.
Deets: 1 p.m.; Gracias Madre; More info HERE 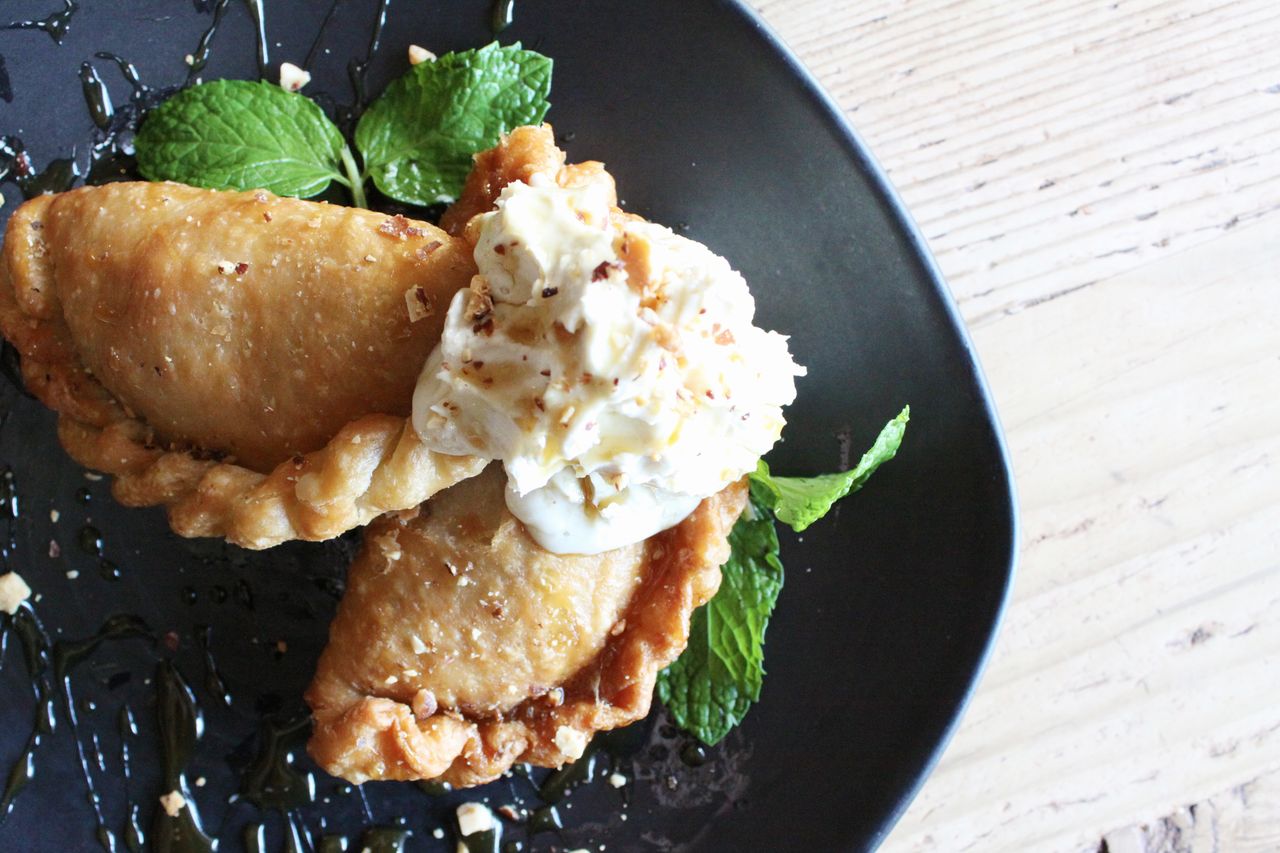 A Night of 100 Pee-Wees Halloween Party
No idea what to wear for Halloween yet? Here’s the perfect solution! Buy tickets for MiniBar’s Halloween party and you'll have no choice but to slap on a bow tie and be Pee-Wee Herman. Themed libations on hand will include The Large Marge, The Big Adventure, The Au Revoir Simone and apparently, loads of tequila.
Deets: Doors open at 5 p.m. for happy hour,  party starts 8 p.m.; MiniBar; Tickets $10, reserve by emailing minibarhollywood@gmail.com; More info HERE; Must come dressed as Pee-Wee Herman, bow ties and all.
To learn about more bars  in LA that give zero fucks, check out our interview with MiniBar GM, Jeremy Allen HERE ... 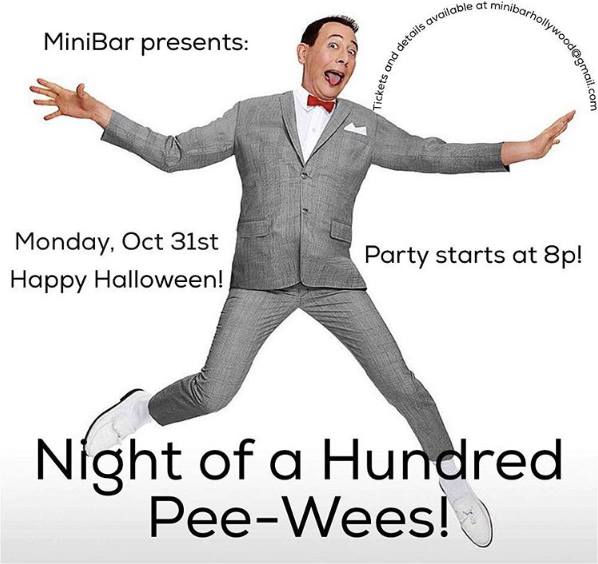 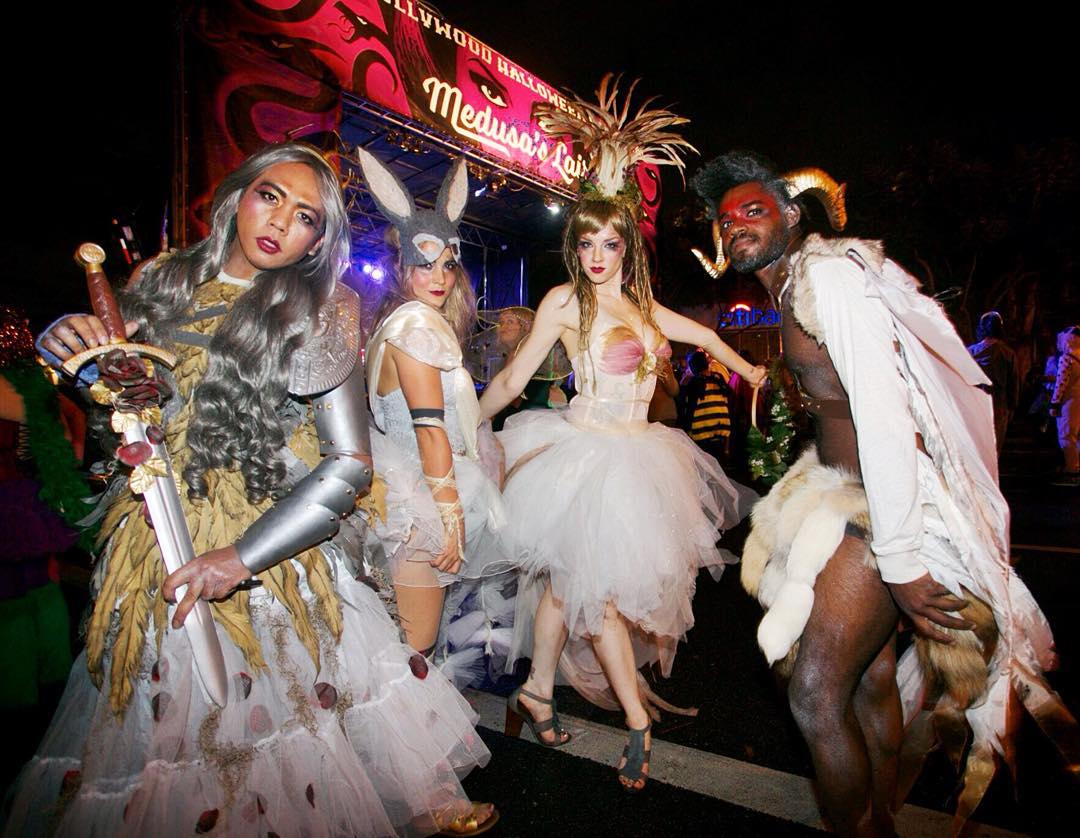 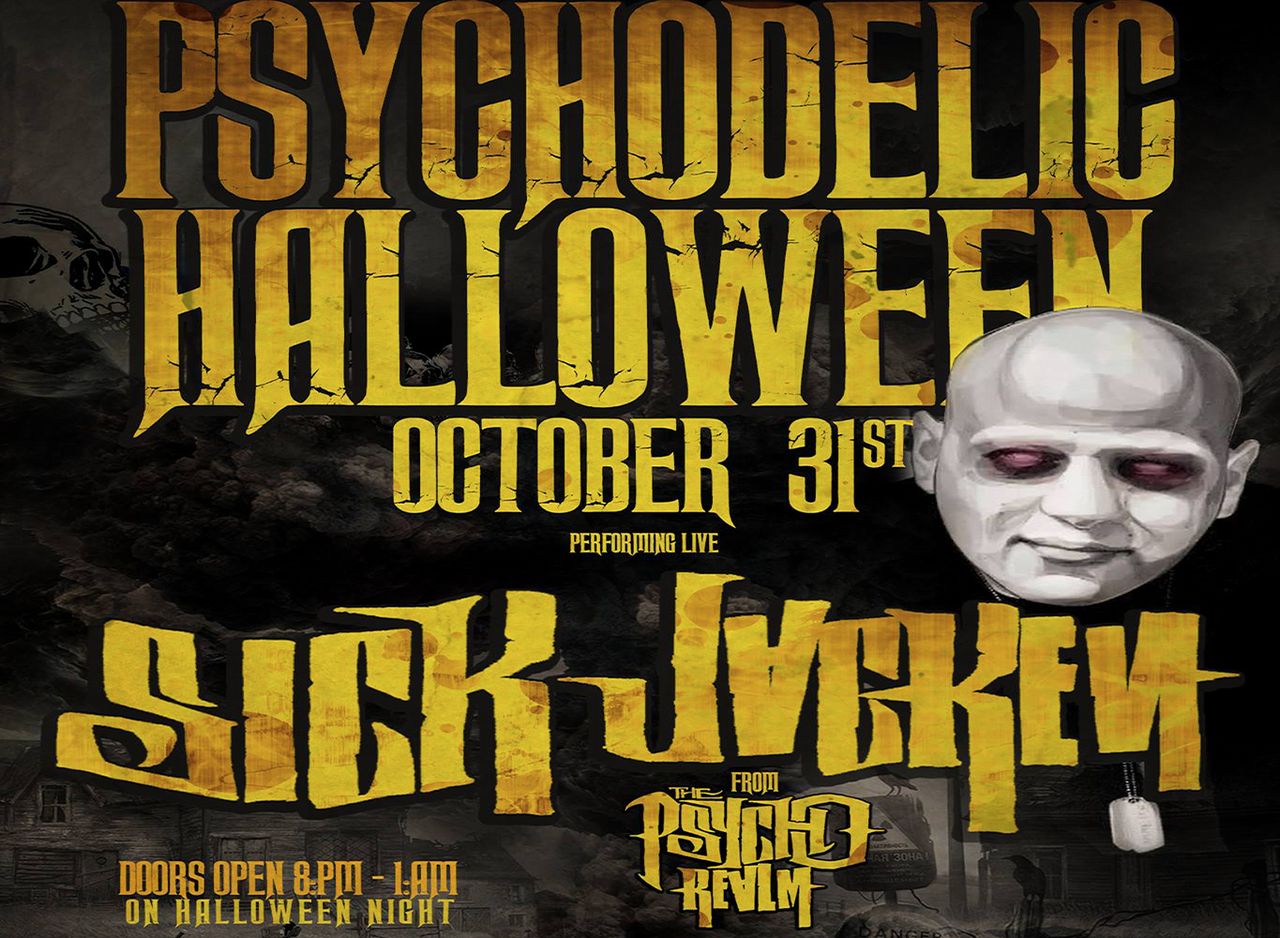 LA Opera presents Nosferatu
You can’t do Halloween without the silver screen’s first and most beautifully captured vampire. LA Opera will present a brand new score to accompany a screening of the German classic. Saturday has sold out and Monday has very limited tickets!
Deets: 8 p.m.; The Theatre at Ace Hotel; Tickets $39-89 HERE 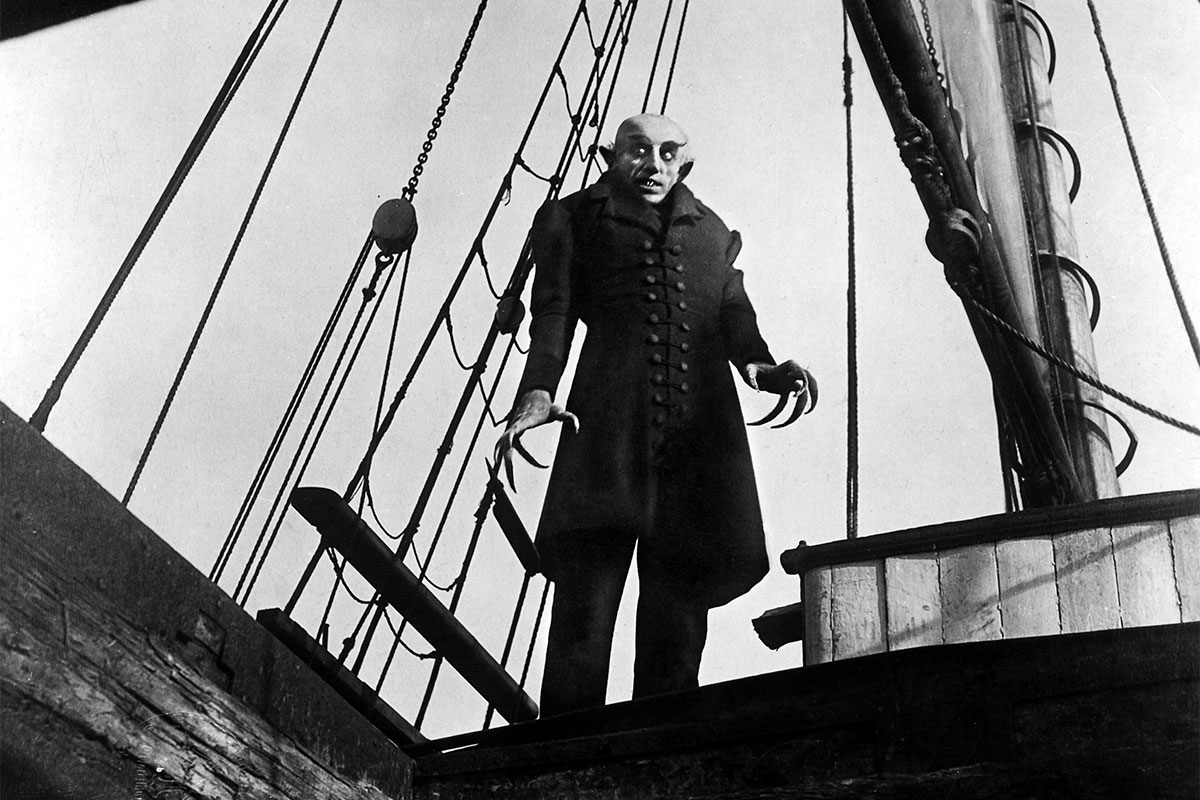 Header image courtesy of Lady of the Dead