An entire week dedicated to cheeseburgers and Jerry Maguire

This week is certainly shaping up to be a quirky one. Start by downing cheeseburgers in celebration of Pasadena Cheeseburger Week (because they were invented there, you know!) and follow up with a sweet serving of curated art, indie rock and an entire video store dedicated to thousands of Jerry Maguire VHS tapes. DineLA is back with a colossal selection of affordable prix fixe menus at some of the cities best restaurants. Meet local farmers for a drink at Hatchet Hall and then jam out to the likes of Silversun Pickups in support of ACLU and Planned Parenthood. Finally, don your favorite cosplay suit, snap on your synchronized swimming cap and open your heart to a Golden Girlz drag show. It’s all happening, Los Angeles!
Get Citizine Updates Here

Pasadena Cheeseburger Week
Did you know that a place called Rite Spot in Pasadena (which would technically now be Eagle Rock) is the home of the first cheeseburger? The owner's 16-year-old son, Lionel Sternberger, threw down some fromage on a burger patty in 1924 and the rest is a part of American history. Pasadena honors the boy genius all week with forty restaurants and and burger joints offering up deals on their signature burgers with El Portal, Meat District Co. and Kings Row Gastropub showing off some particularly special creations.
Deets: Sunday 8th - Friday 13th; Various locations; More info and participating locales HERE 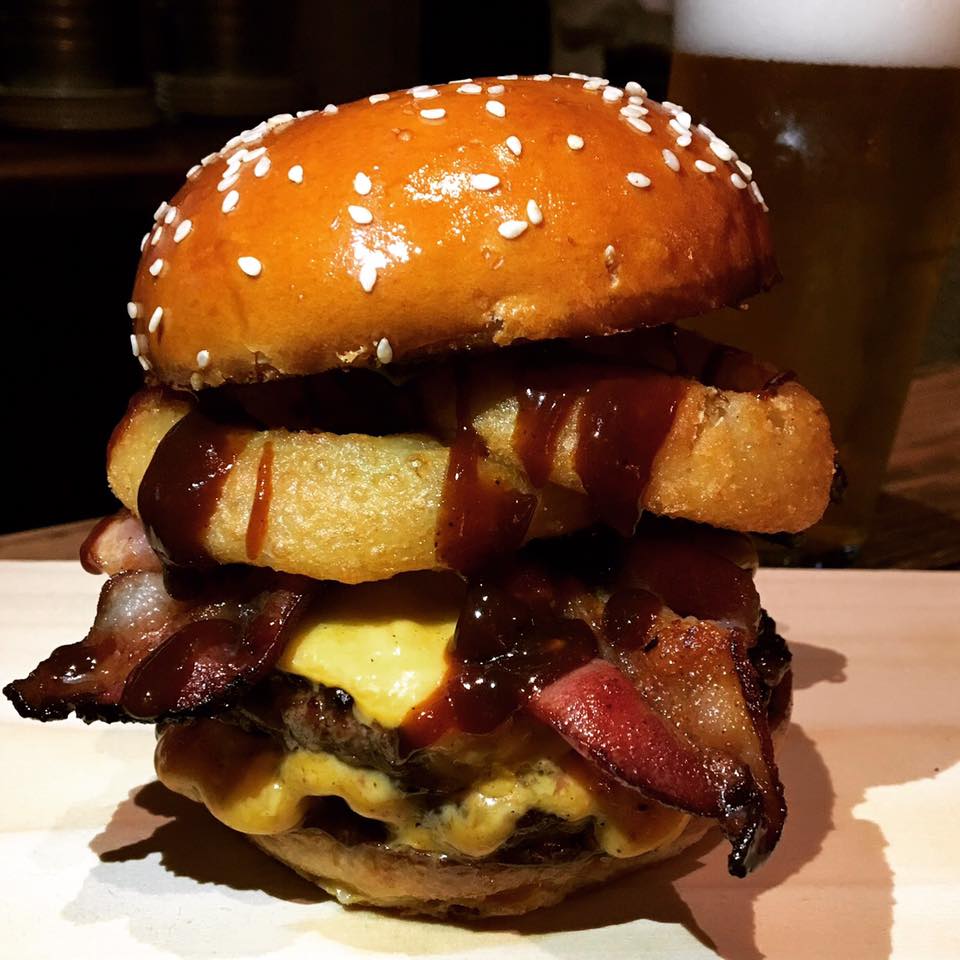 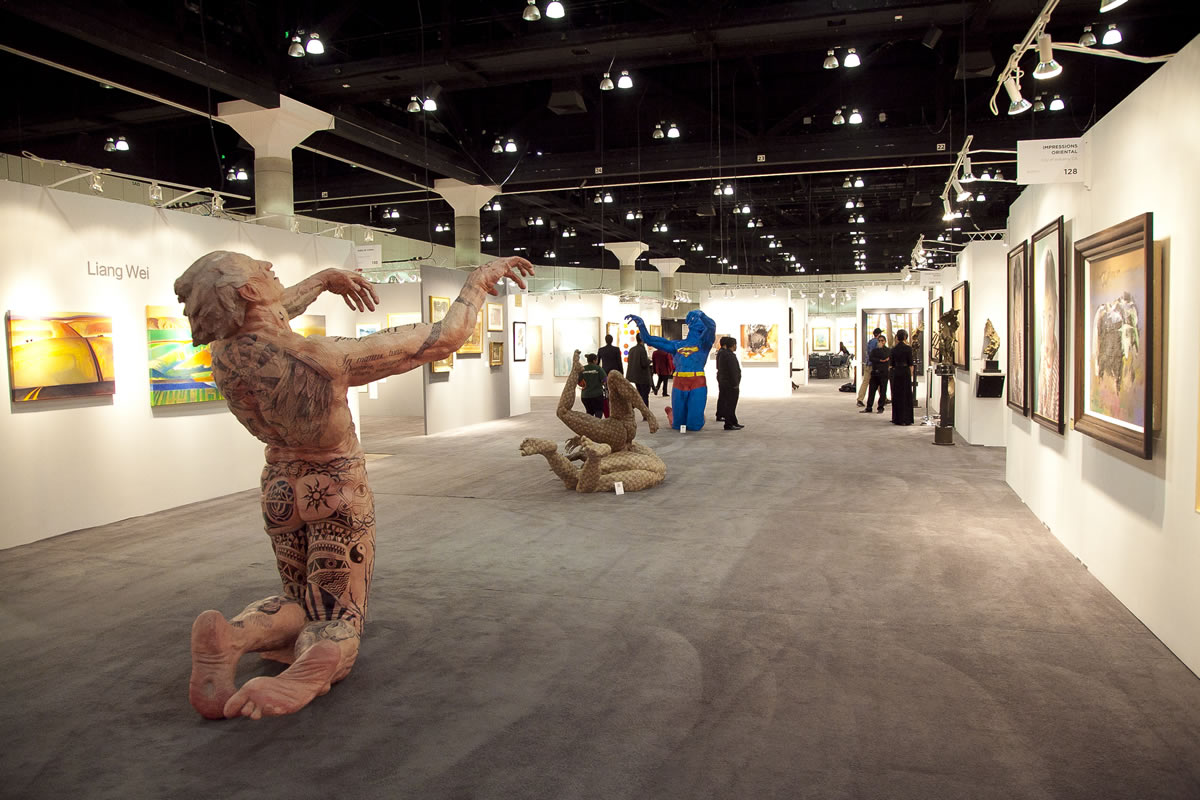 Lord Huron
LA-based indie folk band, Lord Huron, is known for its musical and visual infusions, which is not surprising considering founding member Ben Schneider is both a musician and a visual artist. You may even recognize some of Lord Huron's music from HBO’s Shameless, NBC’s Community or the films Walking with Dinosaurs and A Walk in the Woods. They’ve “officially” sold-out all these shows on the Teragram site but we’ve found you tickets over at Stubhub right HERE.
Deets: 8 p.m.; The Teragram Ballroom, $35.70, Tickets at more info HERE 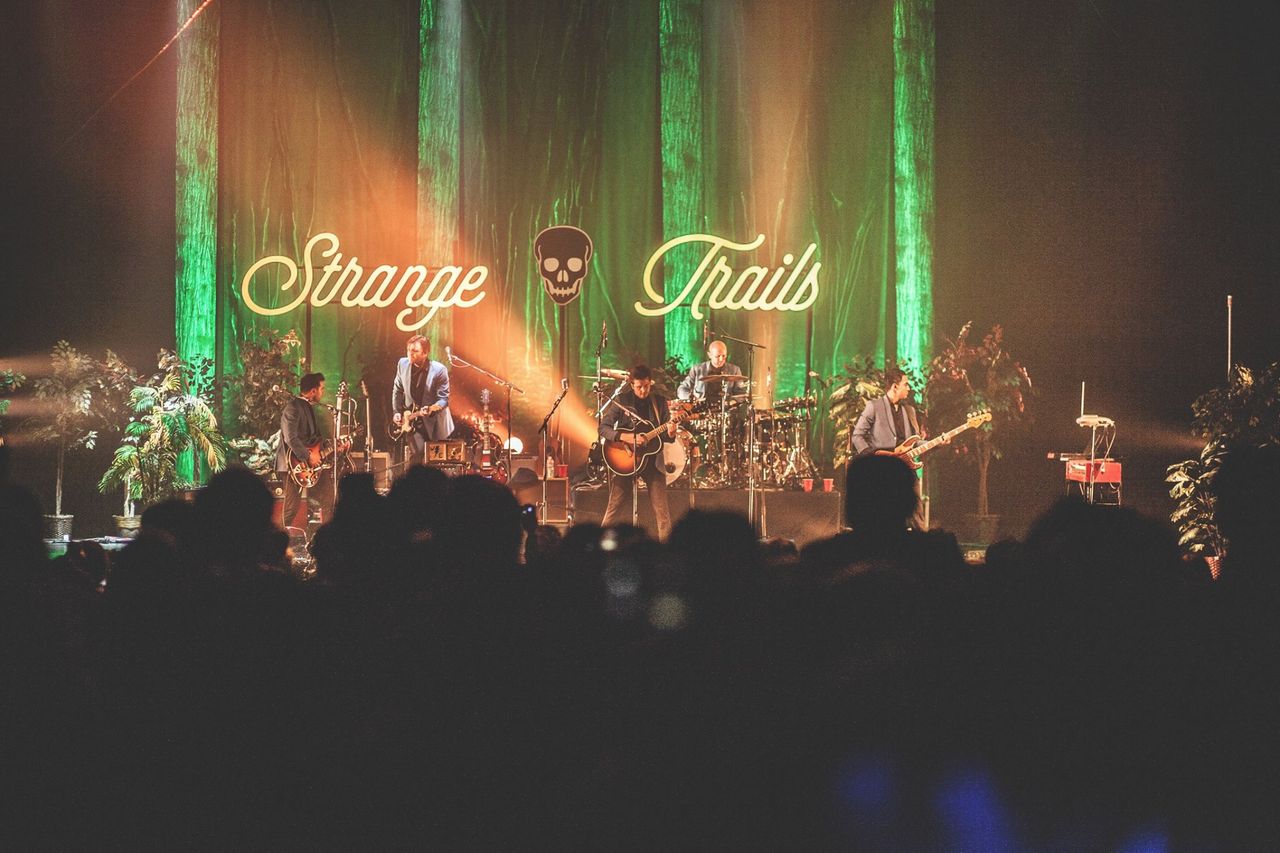 The Jerry Maguire Video Store Opening Party
WTF?! Yup, over at iam8bit Gallery they’re about to launch a perfect re-creation of a video store circa 1996 tonight with one stand out feature — over 14,000 VHS editions of Jerry Maguire. Just Jerry. Because, if you didn’t know, millions of Jerrys were created on VHS right when the golden age of the DVD fizzled and, well, let's just say we've got a global surplus of Jerrys. The store will be open till January 29th with dreams of becoming an enormous, permanent pyramid in the desert. Everything Is Terrible! (the crazy kids behind the installation) still need help to make that dream a reality, so donations towards the land, materials, and labor are welcome. Because, in their words: “This is the stupidest incarnation of the American dream and it must be realized.” They even have Cameron Crowe’s blessing.
Deets: Opening night 7 p.m. - midnight, runs till January 29th from 12-10 p.m.;  iam8bit Gallery; FREE; More info and tickets to both opening night or various nightly events HERE 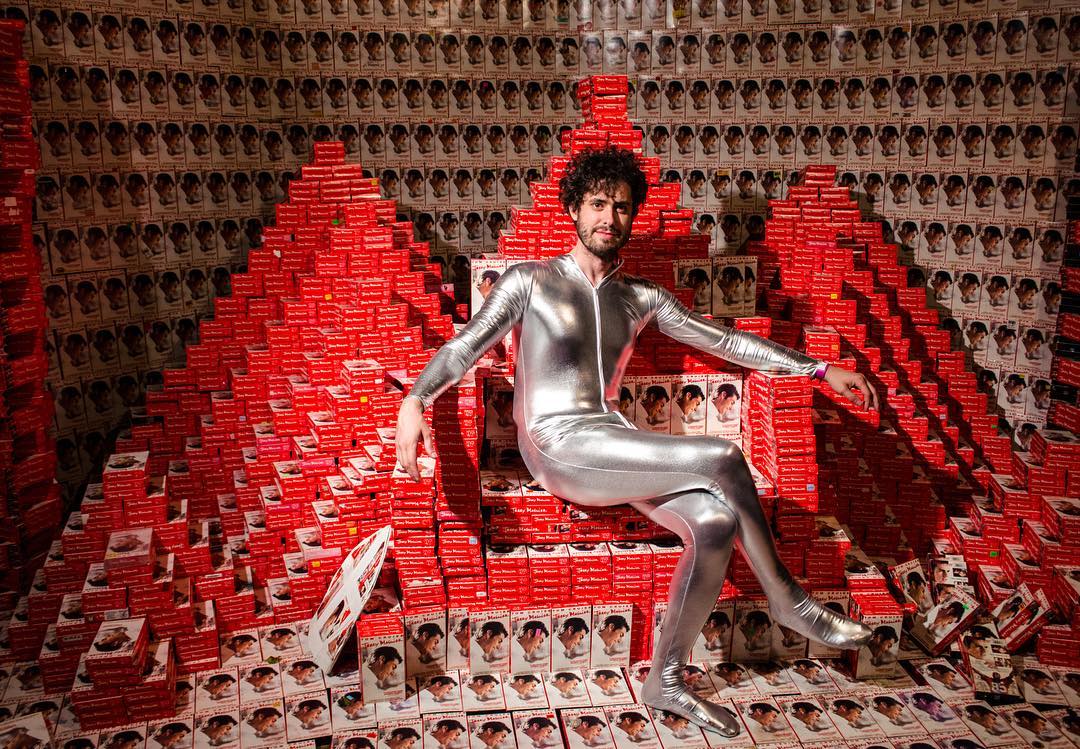 DineLA returns
Wow that one came around fast. But no complaints here — over at Citizine we love to eat! LA’s bi-annual dining event kicks off on Friday, and for two weeks you can experience some of our city’s best cuisine at heavily discounted prix fixe menus ... like a $49 three-course dinner at Redbird or a $25 three-course lunch at Church & State. Or use this opportunity to finally experience Michael Cimarusti’s multiple James Beard Award-winning Providence, with a seven-course menu for just $95.
Deets: Through Friday, January 27th; Various locations; $15 - $95; Participating restaurants and more info HERE 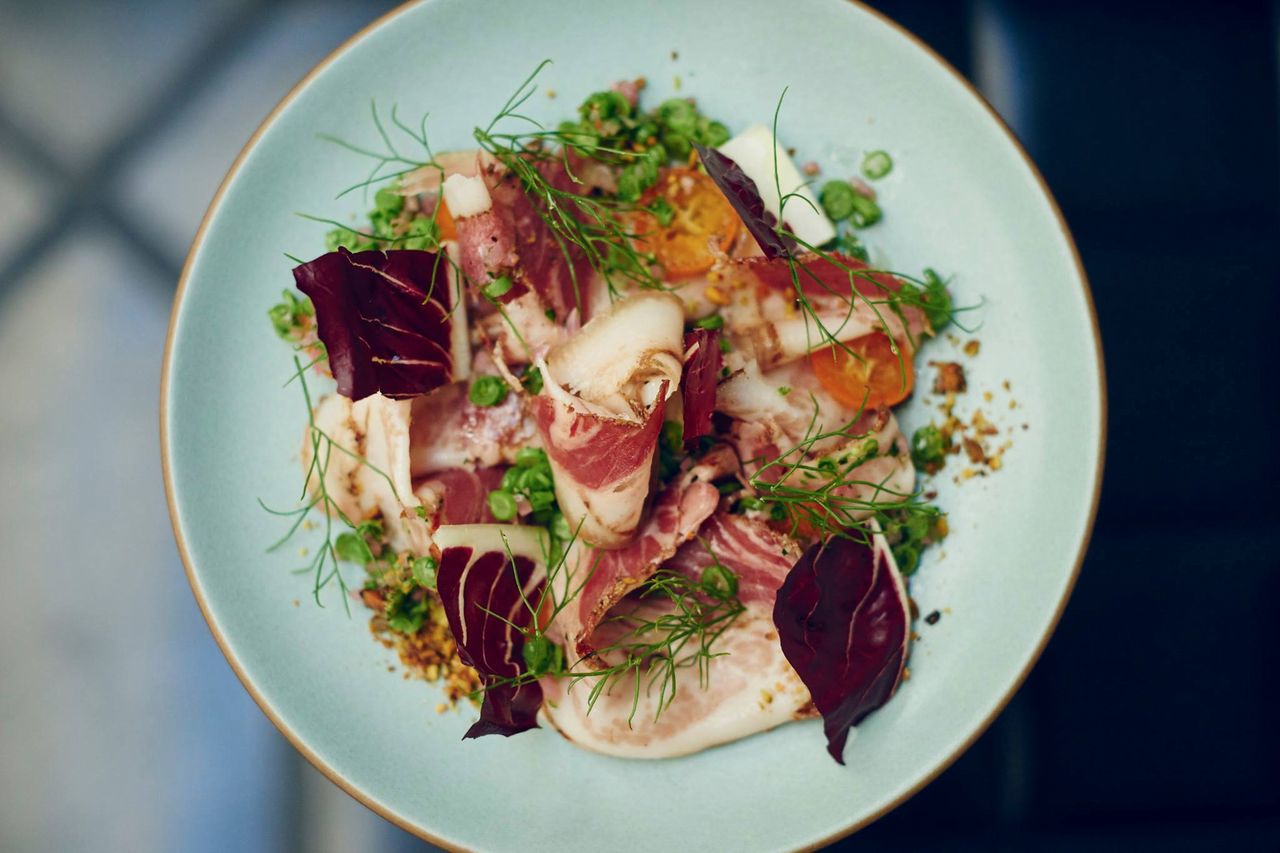 Image courtesy of Redbird and dineLA

Locavore Fest
Here’s an opportunity to get to know your local food and farmers right here in LA with GrubMarket’s Locavore Fest at Hatchet Hall.  We could list some boring facts, but we think all you need to know is: game hen with garlic confit, beef fat potatoes with roasted garlic aioli, spoonbread will be present... Learn about the latest food trends, chat to local farmers, stock up on tips for creating healthy dishes and try free samples from local food makers and farmers. There’ll also be a wine and beer garden (because day drinking is important), live music from singer-songwriter Daniella Smith as well as face painting and food fun for kids.
Deets: 1 - 5 p.m.; Hatchet Hall​; FREE; More info HERE

Love Trumps Hate
Here’s an unmissable event. Show your support for The ACLU and Planned Parenthood alongside a huge lineup of local (and awesome) bands at the Bootleg Theater. Who's playing? Silversun Pickups, Yacht, James Supercave and Nick Waterhouse to name a few, plus silent auction contributions from Fitz & the Tantrums, Børns, The Counting Crows and more. Art and music have long been powerhouses for speaking out about social injustice and this lineup plans to do just that, with love and tunage.
Deets: 7:30 p.m. - midnight; Bootleg Theater​; $20 online or at the door; More info and tickets HERE 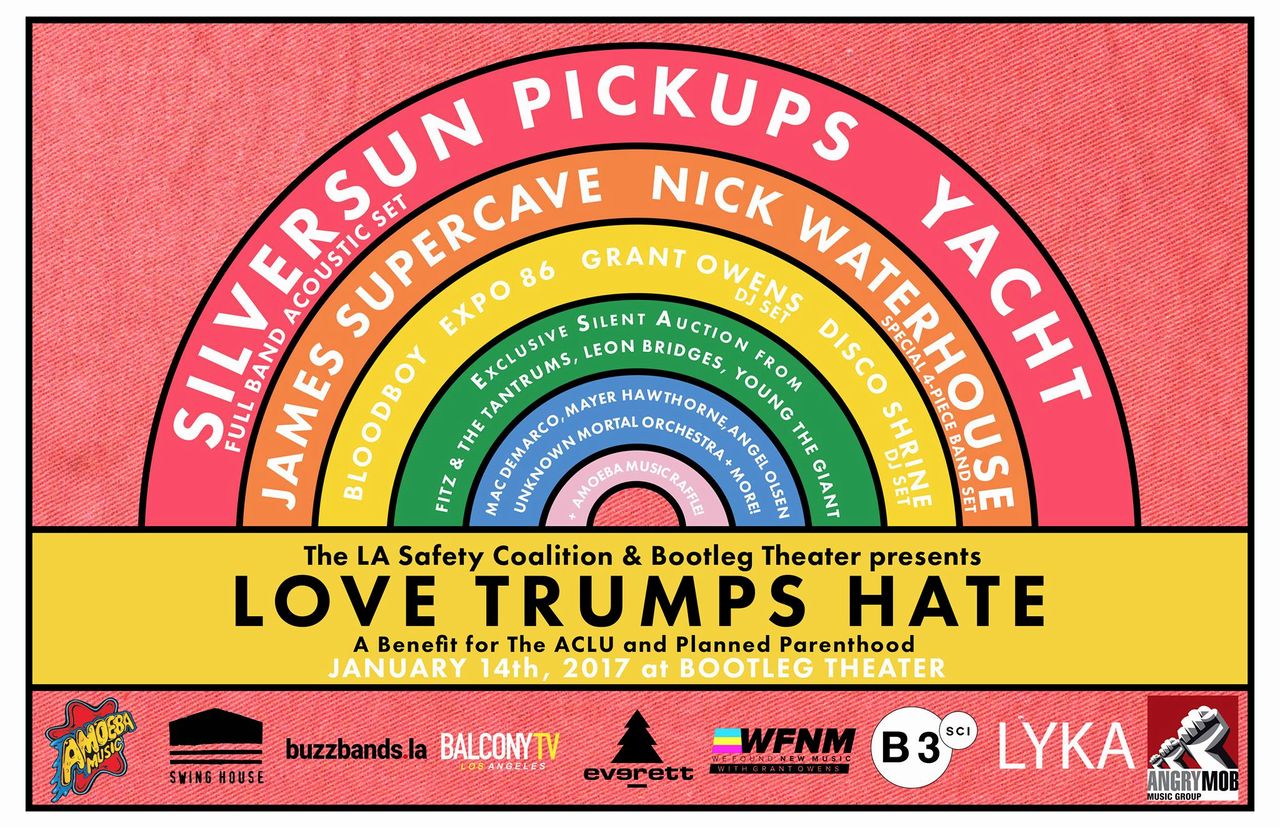 Anime Impulse
In only its second year, Anime Impulse blends Anime with video games for fans and “otakus” (the obsessively anime) to meet up and satisfy their every creative whim. There’ll be a cosplay masquerade contest, meet and greets with cosplayers and voice actors, photo ops, exhibits, fashion shows and even an Itasha alley featuring cars intricately decorated with anime, manga and video game characters.
Deets: 10 a.m. - 7 p.m. both days; Pomona Fairplex Exposition Complex; $22 for a two-day pass; More info and tickets HERE 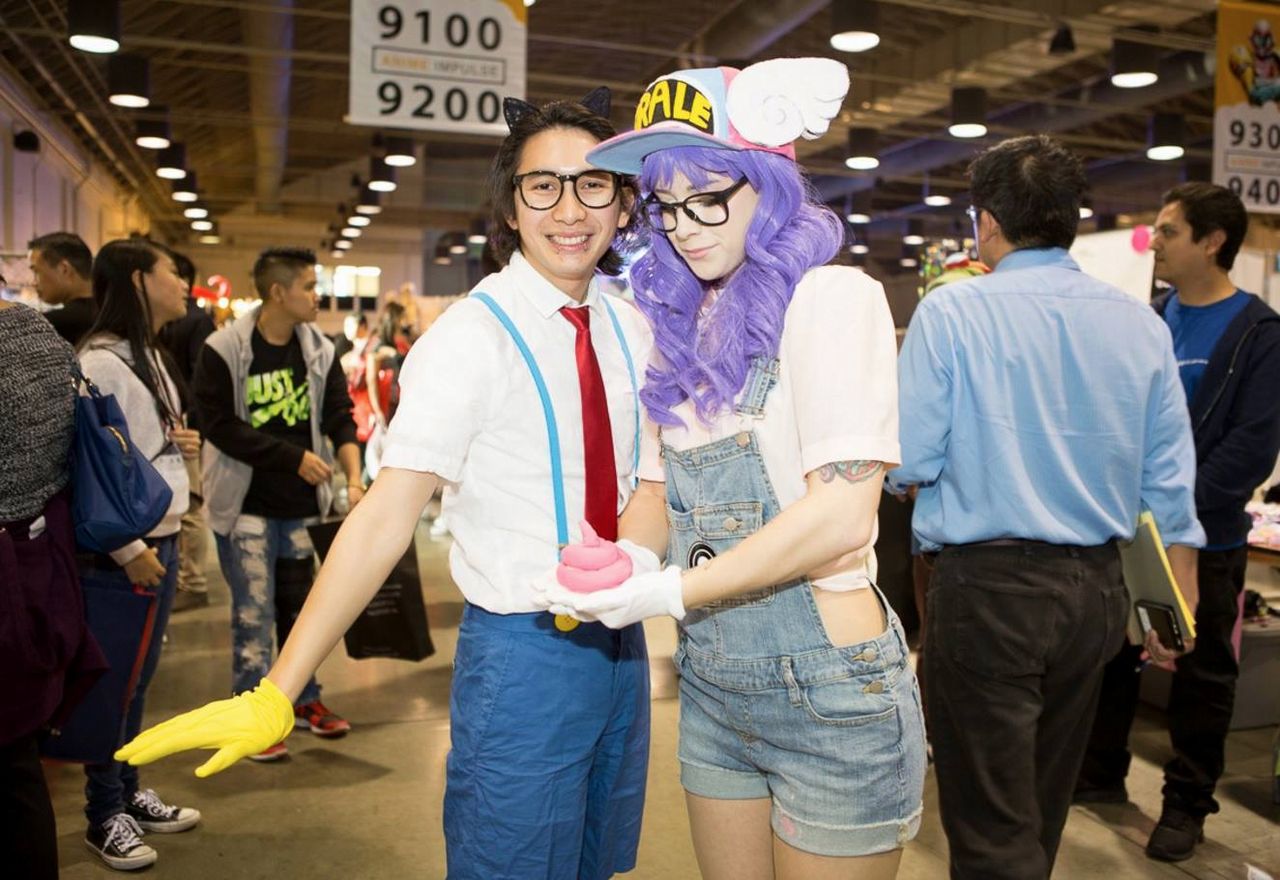 Adult Synchronized Swim Class at the Annenberg Community Beach House
Yes, synchronized swimming. Because you miss warm days lounging by the pool. Plus you need to work off that holiday gut and your New Year’s resolution was to find a new hobby anyway. The world's most glamorous water ballet team, the Aqualillies, returns to The Annenberg beach house to teach you sculling techniques, back layouts, ballet legs, torpedos, tuck turns, and marching. Then you’ll be setting those new skills to music. We can’t guarantee you perform with neither grace nor agilityand we think a future at the next summer Olympics is probably out of the question, but this is a pretty awesome way to spend a Sunday morning.
Deets: Sundays, 10 - 11:15 a.m until January 22nd; $37 per class (parking is included if you pre-register online only); Annenberg Community Beach House; More info HERE 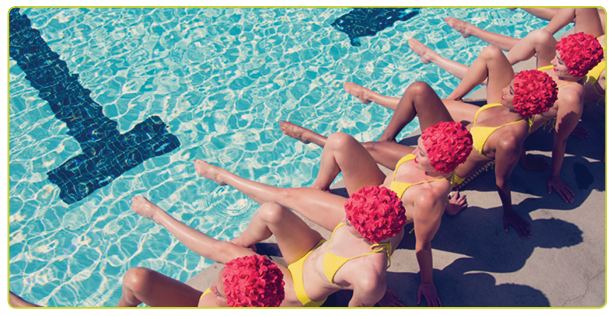 The Golden Girlz Live!
Who didn’t love The Golden Girls? And who wouldn’t want to see The Golden Girls as drag queens? The Golden Girlz extravaganza has sold out 43 times and such classy gals as Katy Perry, Roseanne Barr, Jennifer Coolidge as well as the actual writers and producers of  the original show have attended in the past. Expect campy and hilarious reruns of two episodes from the 80s series: "Blanche and the Younger Man," and "Dorothy's Prized Pupil." This one should have you laughing all the way into Monday.
Deets: Jan 11 & 12, 8 p.m.; Jan 13 & 14, 8 p.m. and 10 p.m.; Jan 15, 7 p.m. & 9 p.m.; Casita Del Campo; $25; More info and tickets HERE 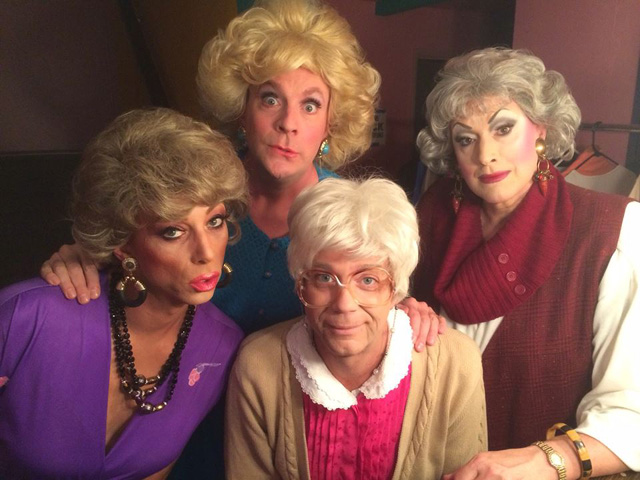