A Guide to Echo Park with Bigfoot Lodge’s Brandon Burkart

The Bigfoot Lodge manager, musician and Echo Park local on the Eastside music scene and his favorite hangs.

For Brandon Burkart, music and bars are like his symbiotic children. When he was but a boy, his best friend's dad—who also happened to be Carlos Santana's manager—dragged him along to the iconic musician's rehearsal sessions after school.
“My dad used to think I was bullshitting him. I was only eight years old,” he says.
While music clearly became a part of his life at a young age, bars didn't become a passion until a bit later on, when a bar manager crushing on Brandon persuaded him to pick up a few shifts. Since then, the two strings have become interwoven.
“Music and bars are such an inseparable part of my life. It’s not a job, it’s a whole lifestyle. Especially in LA where you’re gonna meet people in the music scene through bars. It’s like connective tissue. You go to their bars and support their music, they come to yours and support what you’re doing,” he says.
Brandon, a native Californian who ended up managing successful bars in Texas, headed to LA three years ago with every intention to retire as a bar boss. But, after coming face to face with 1933 Group’s Bigfoot Lodge in Atwater Village, that all changed. He immediately fell for the kitschy cabin-themed “Twin Peaks” bar, as Brandon describes it, and saw its potential as a music venue, albeit a tiny one. After working brief stints for 1933 Group at both Thirsty Crow and Sassafras, he took the reigns at Bigfoot, and in a move that he jokingly refers to as, “asking for forgiveness rather than permission”, started booking his friends’ bands. Jump forward, and Bigfoot Lodge has been dubbed the ‘hub for LA's Eastside rock scene’ by LA Weekly.
On his own front, Brandon plays in three bands — The Cathedral Club, Dead Dawn and The Saint James Society  (describing the latter as “like The Lords of the New Church took too much acid and not enough speed”) — and has recently started his own local record label, Blank City Records, with friend and Brit rocker Marc Sallis. On Thursday nights, you can often find him testing out music at Bigfoot Lodge.
He laughs, “It’s just one more thing to keep me as stressed out and busy as possible.”
We sat down with Brandon during a rare moment of calm to find out about his own corner of the Eastside—Echo Park—and where he hangs out in his ‘hood. 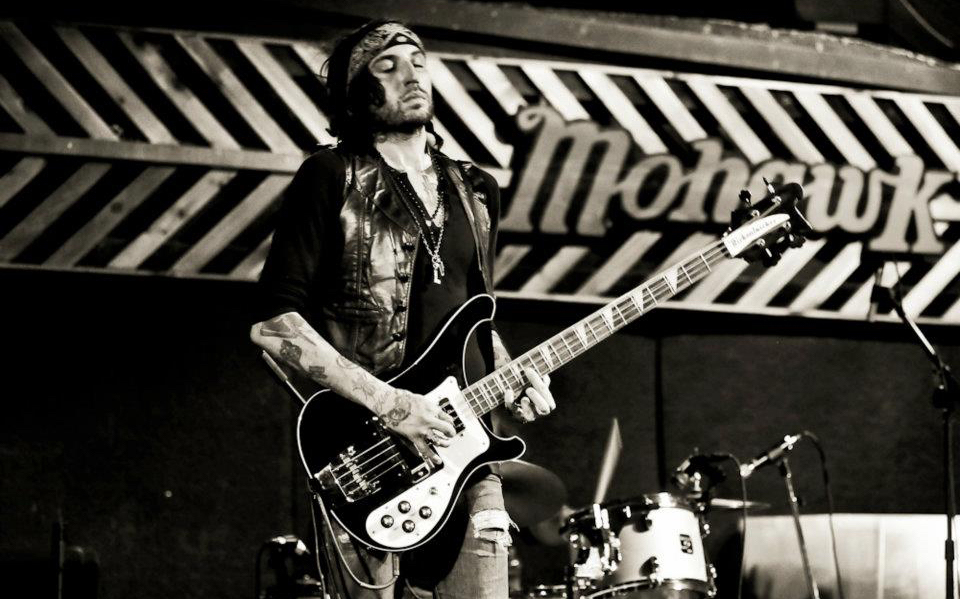 How would you describe the Eastside vibe of Echo park?
Brandon Burkart: Definitely less traffic and better parking. Everyone just seems to get along with everyone over here, or are more willing to, perhaps? It’s 100 percent better for the music scene over here. I guess it’s still a little scrappy. You can also play these small bars and still build a solid following.
Take us through your ideal day in Echo Park?
BB: My ideal day would be to start at Fix Coffee for a coffee and to write down a goal for the day. Then it would be onto rehearsal somewhere for a good stretch of music. Then a catch-up drink with friends at either Silver Lake’s Thirsty Crow for happy hour (5-8pm), or to The Holloway before the sports hit the screen. Then either onto work at Bigfoot or playing a gig somewhere like Little Joy.
Most underrated bar in town?
BB: Definitely Little Joy. It doesn’t seem like a place where bands could thrive or where people would come to see a band play, but the locals consistently turn up for shows in the little side room.
Get Citizine Updates Here

And, here’s some more on Brandon’s favorite local hangs

Los Feliz/Atwater, $$
BB: What can I say, it still feels like Twin Peaks to me. We actually had David Lynch in here for a launch party for the “Twin Peaks Unseen Footage”. The locals really make this bar and have been super supportive of the music we’ve been booking. I’ve always made sure to listen to them from the beginning, to hear what they needed from their local bar. Though we have great cocktails here, people also just want to be able to get a well-priced drink. We’re just about to release our brand new cocktail program at Bigfoot on June 20th. Come check it out. 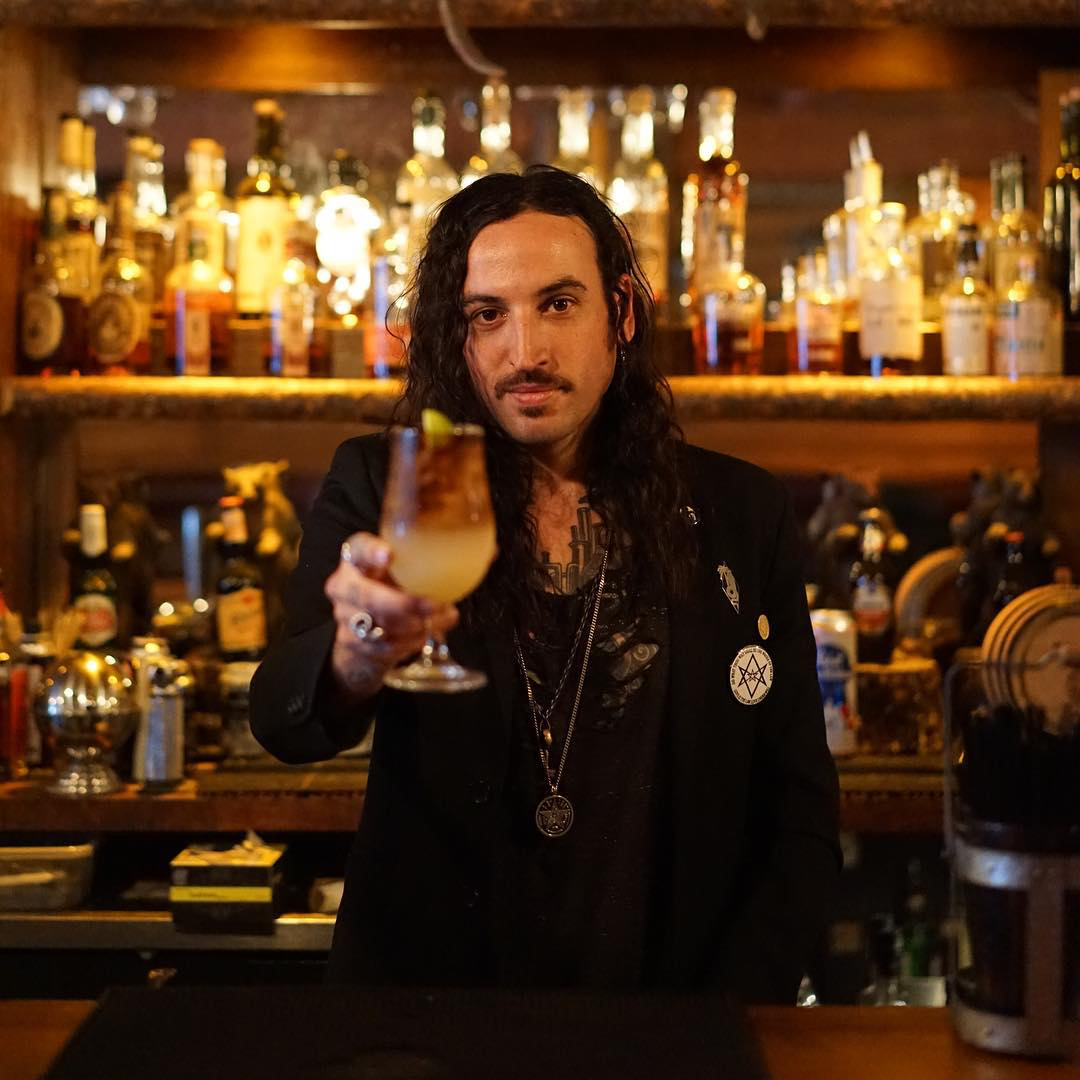 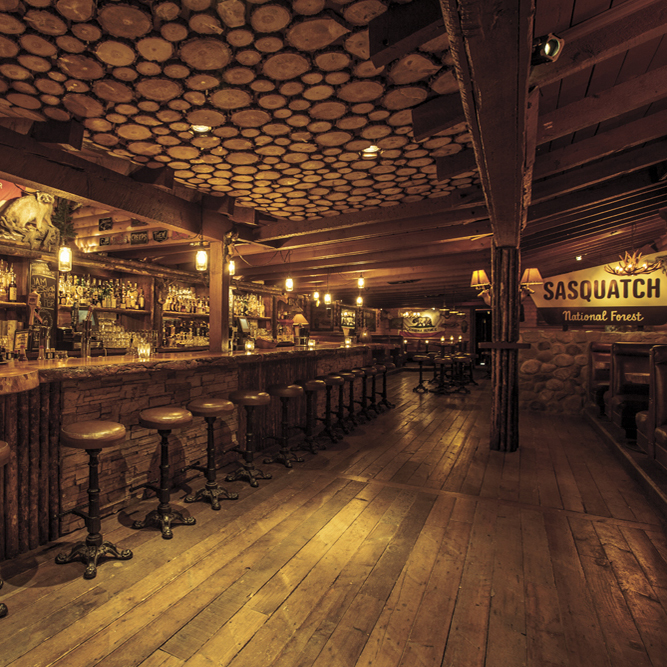 Echo Park, $
BB: Little Joy is so explicitly an Echo Park bar and I just love it. We’ve been playing in that little side room there every Tuesday night this past month and you would assume that it wouldn’t work, seeing a band there in such a small room, but it does. I also love that the owner, Joaquin (Reyna-Donaldson), started as a bar back at The Echo years ago and that he’s worked his way up to now own two local Echo Park bars. 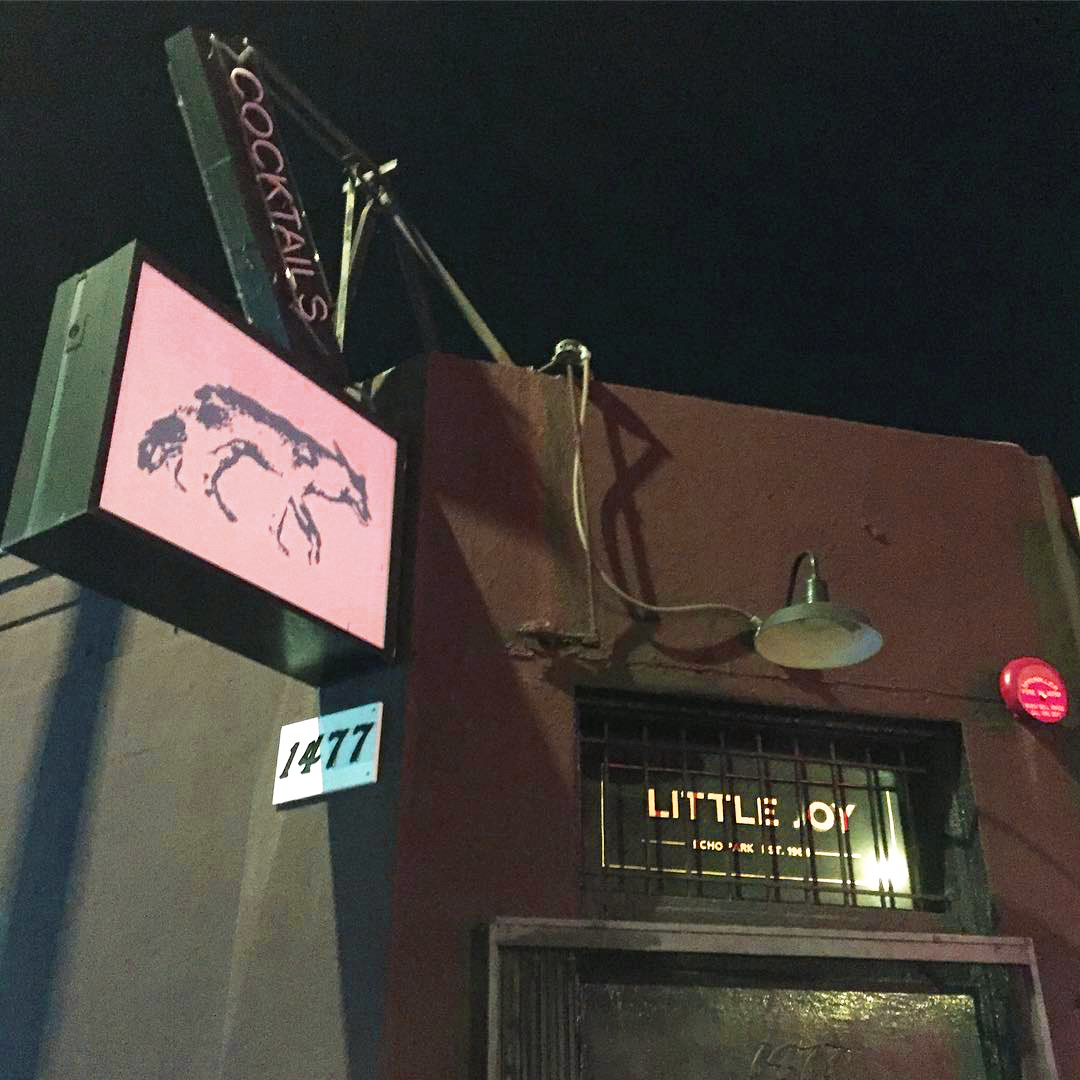 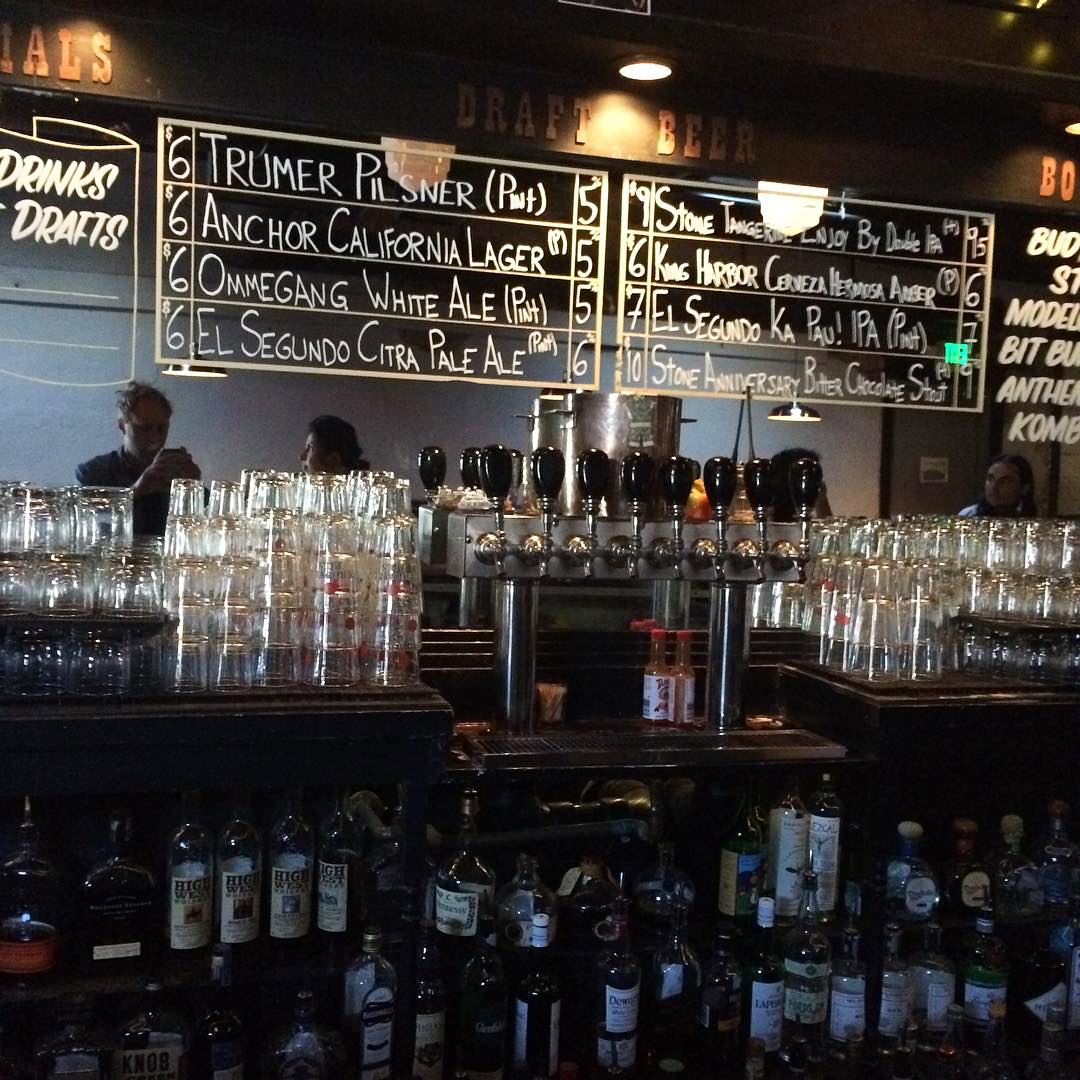 Echo Park, $$
BB: From the same owners as Little Joy, there is nothing else like this bar. It’s a sports bar but I don’t go for the sports. It really is a great example of how the staff can create a bar’s vibe. The food is really great too. 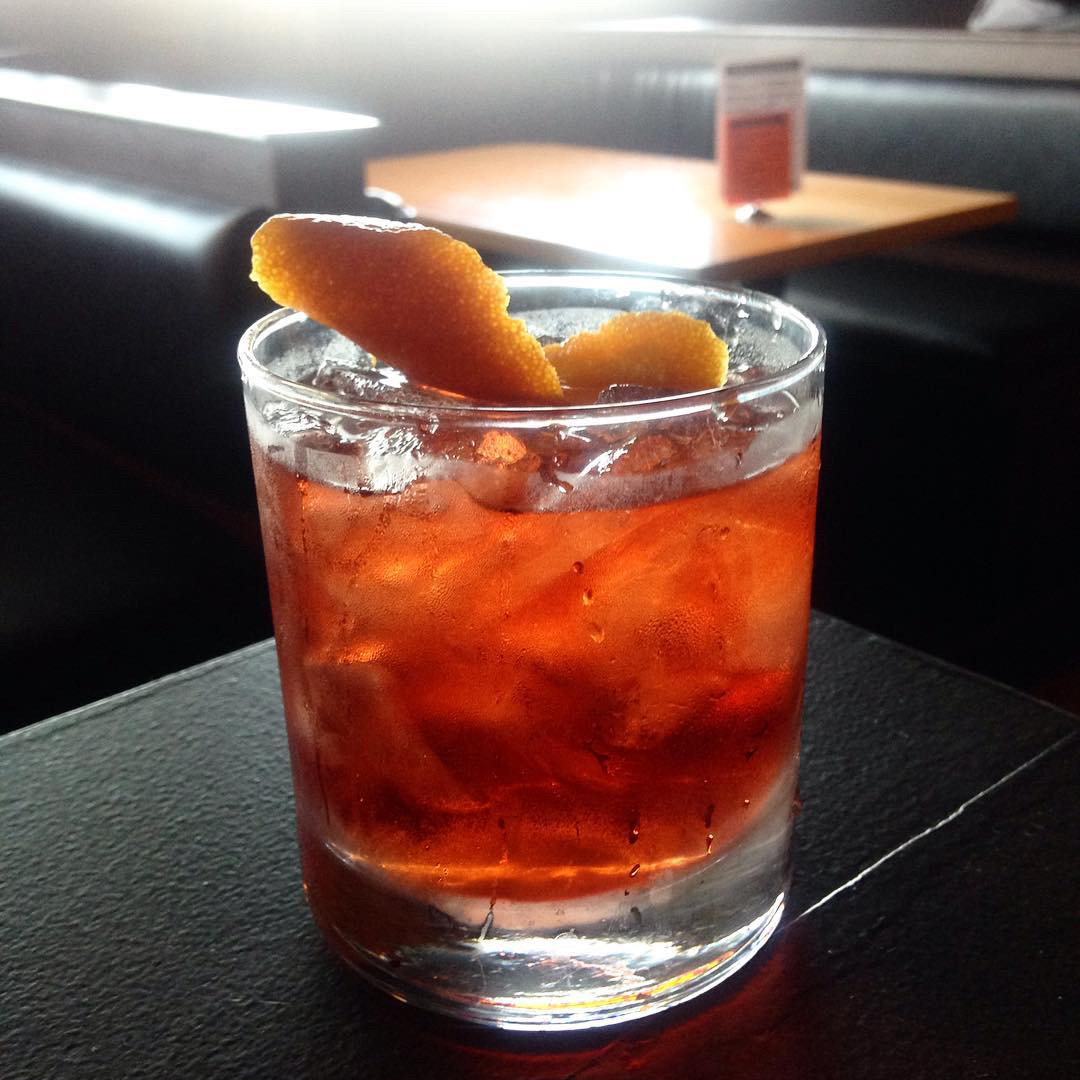 Mezcal Negroni at The Holloway. Image courtesy of @thehollowayla 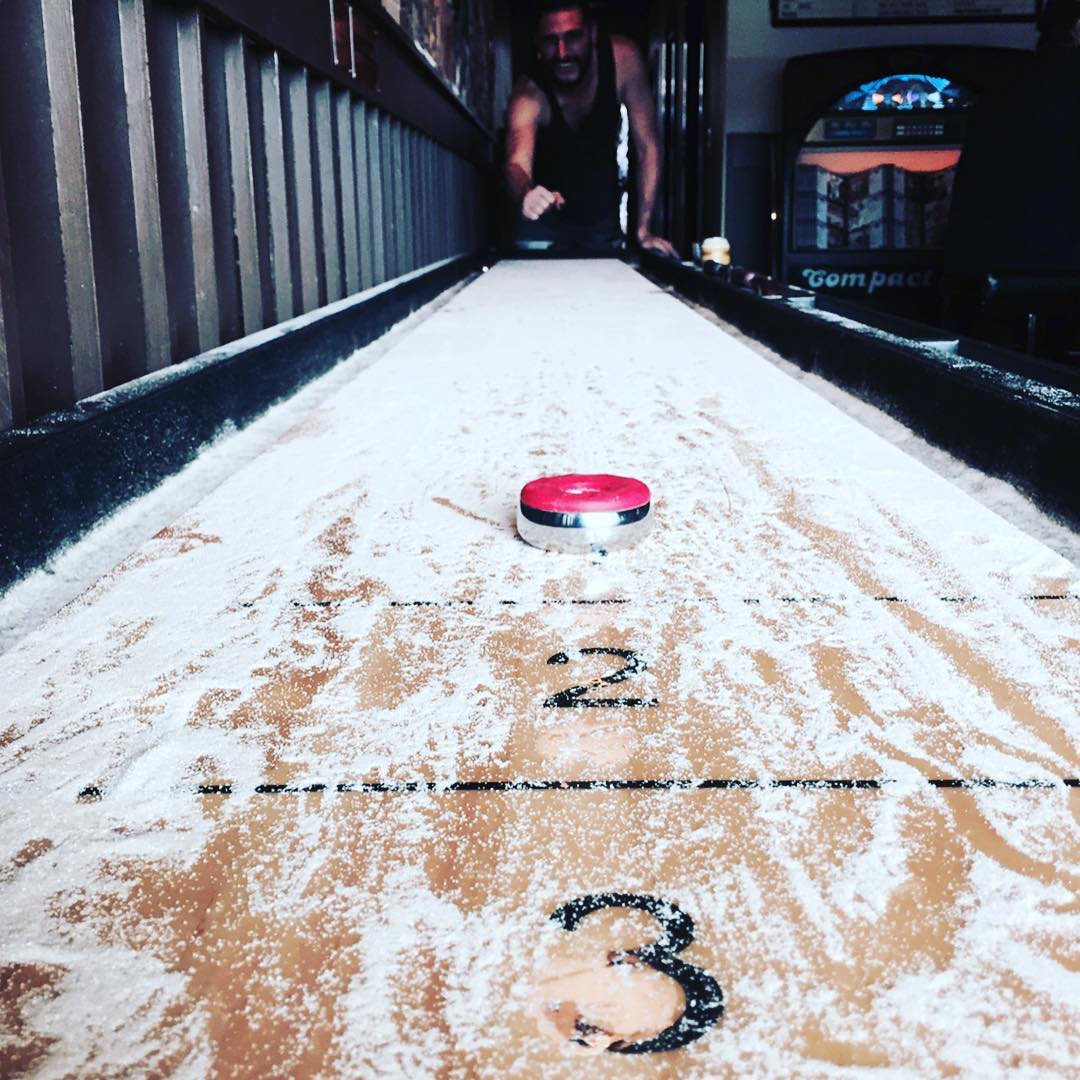 Shuffleboard at The Holloway. Image courtesy of @johnmoffat

Echo Park, $
BB: The food here is phenomenal. I love to grab a cappuccino and a lamb wrap and get out on the patio. 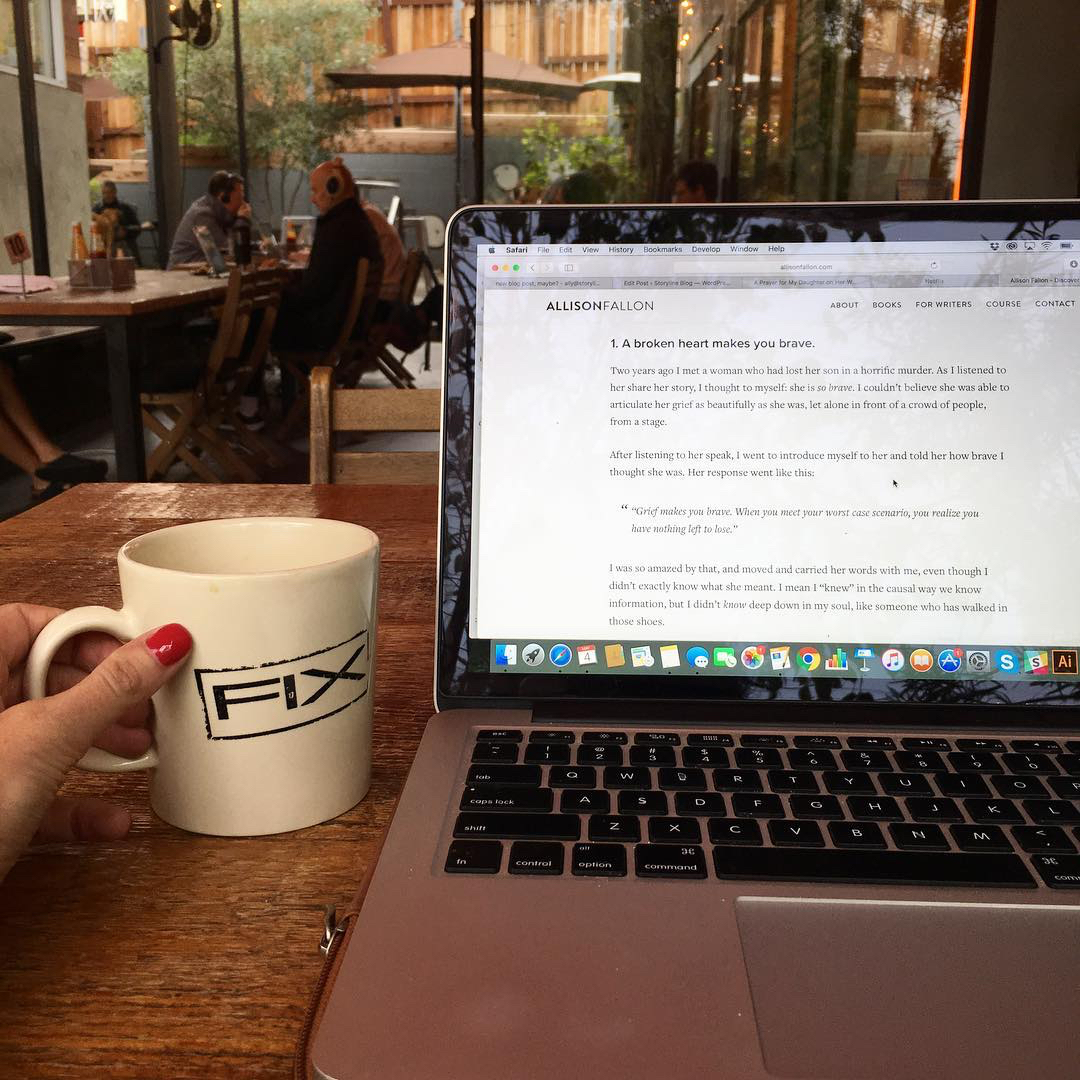 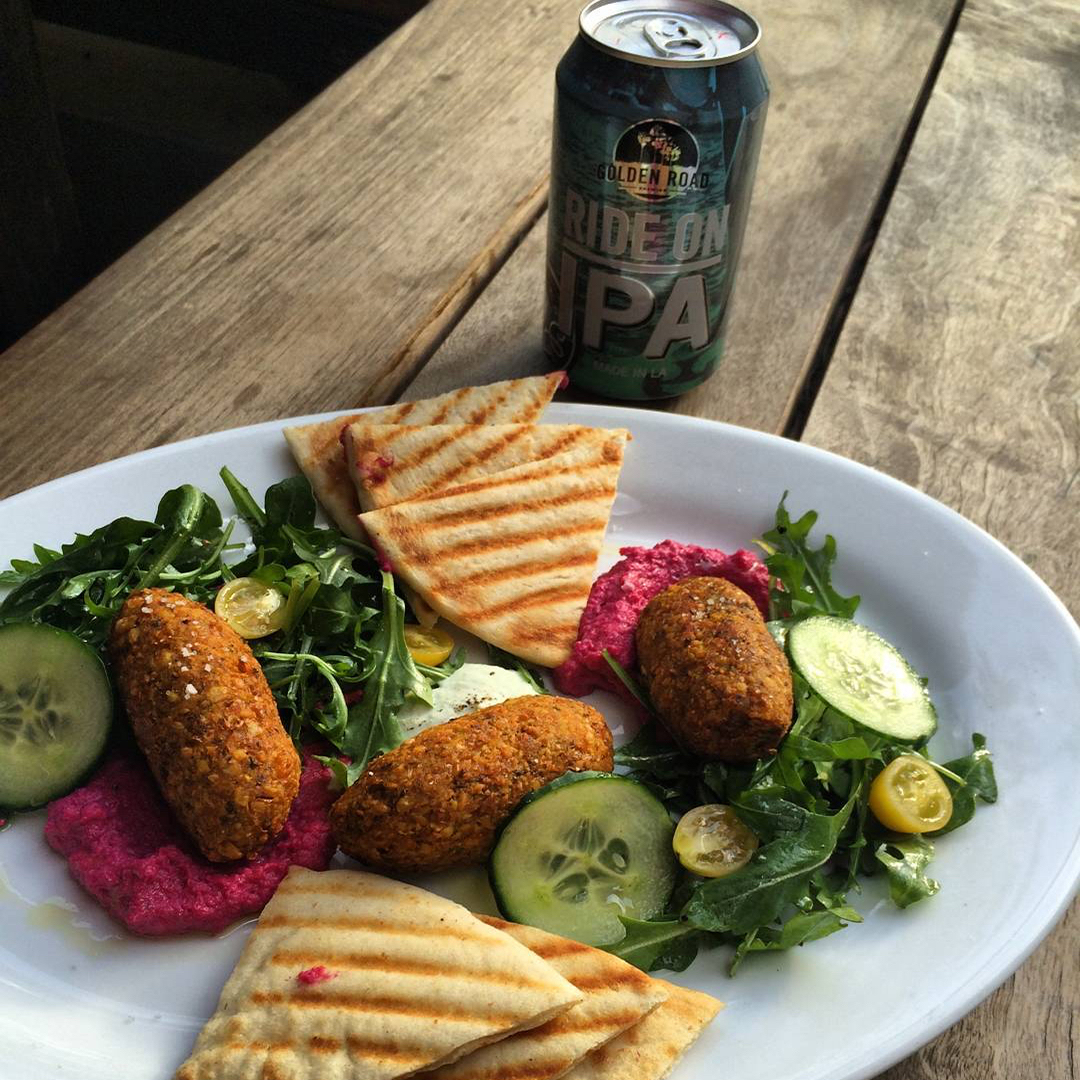 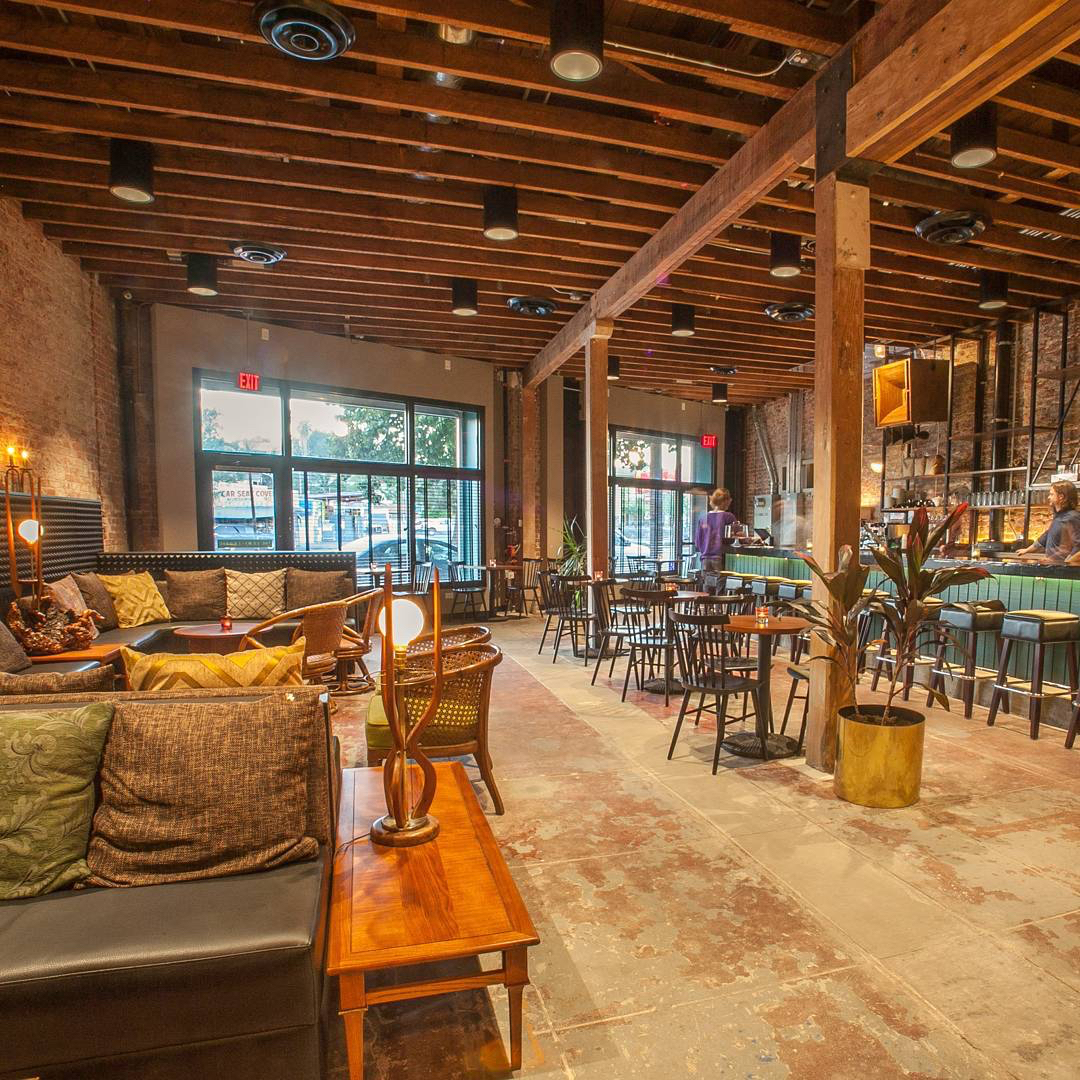 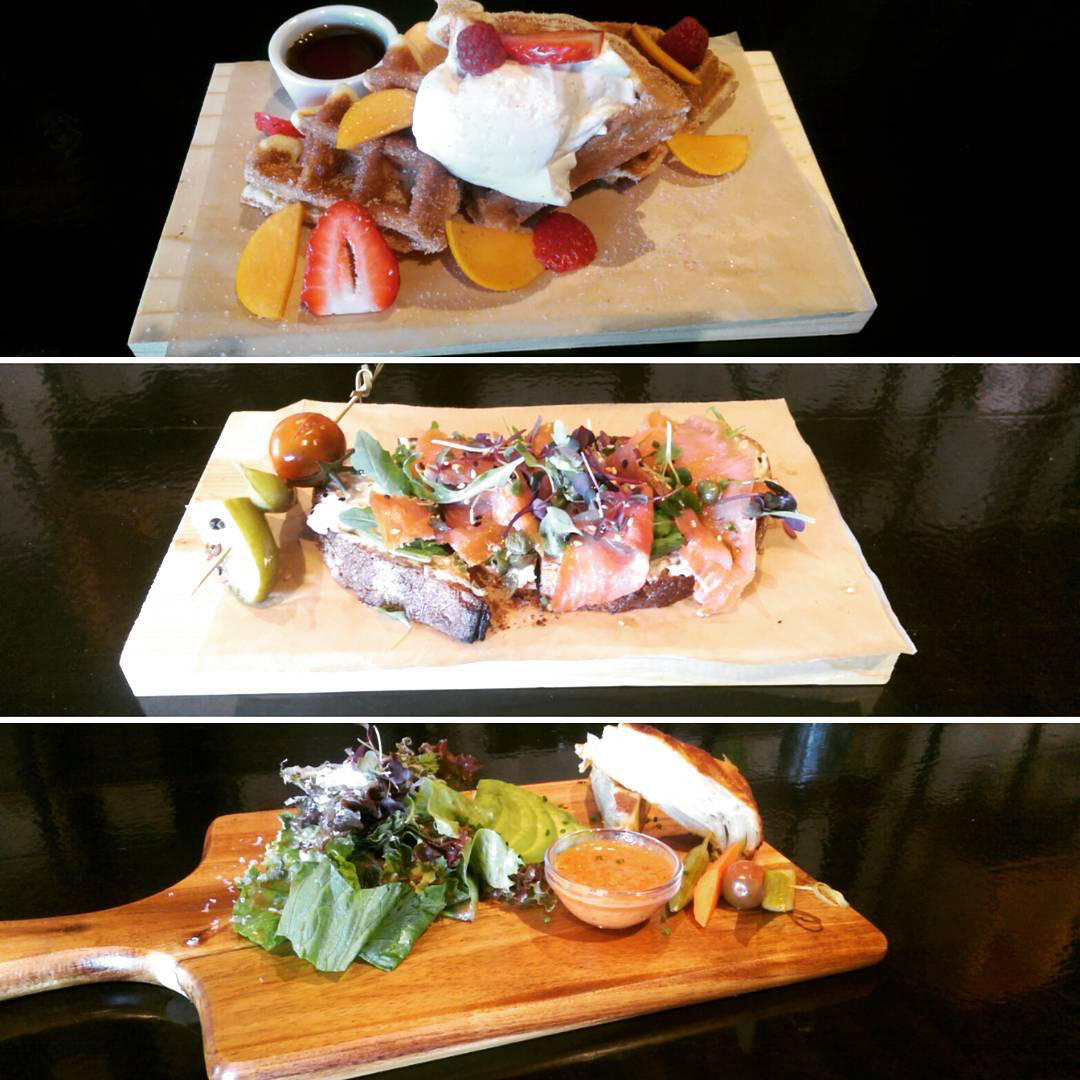 Echo Park, $
BB: Stories is a cafe and bookstore in one. I love to read the newspaper on the patio. I’m really hoping that they’ll get their beer and wine license soon. 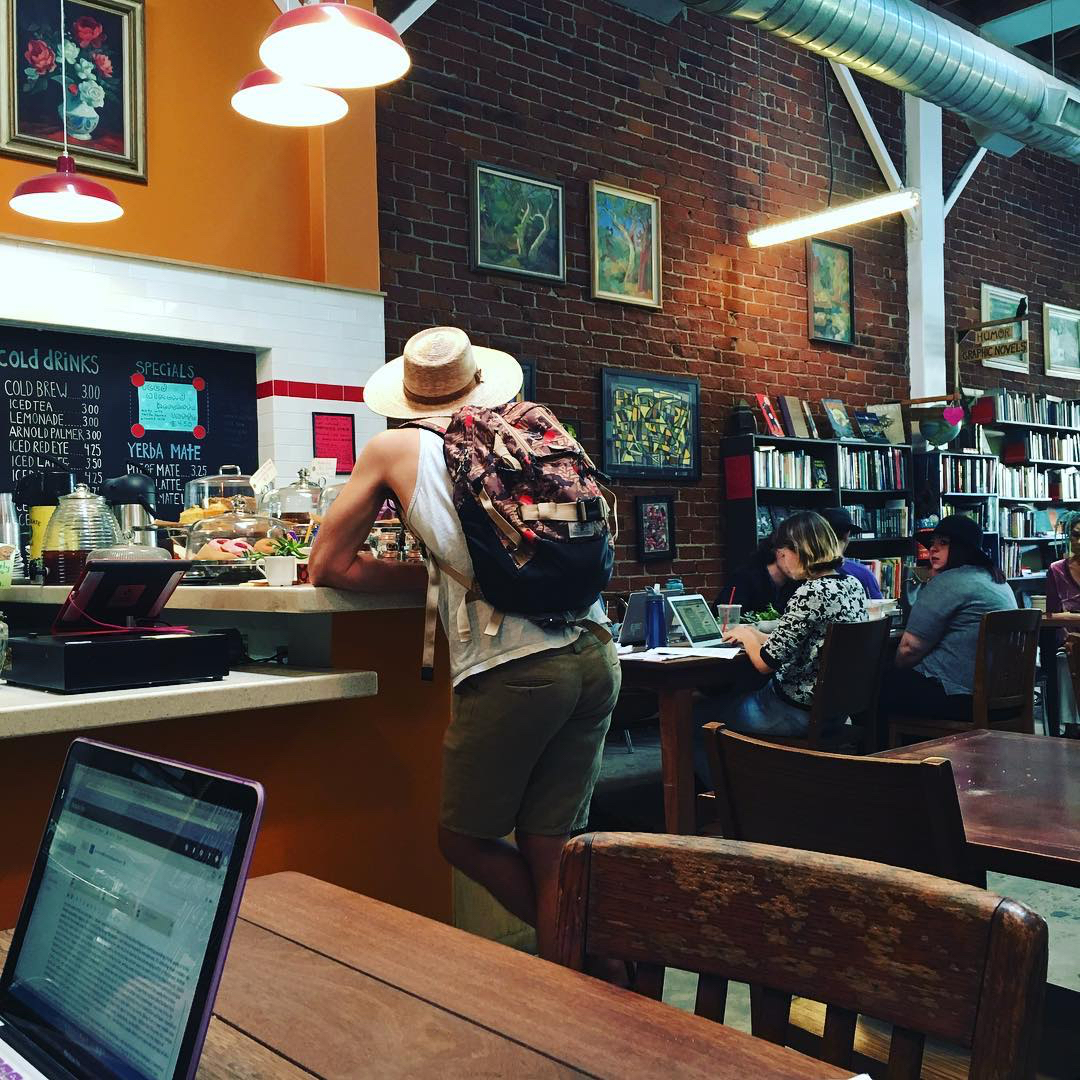 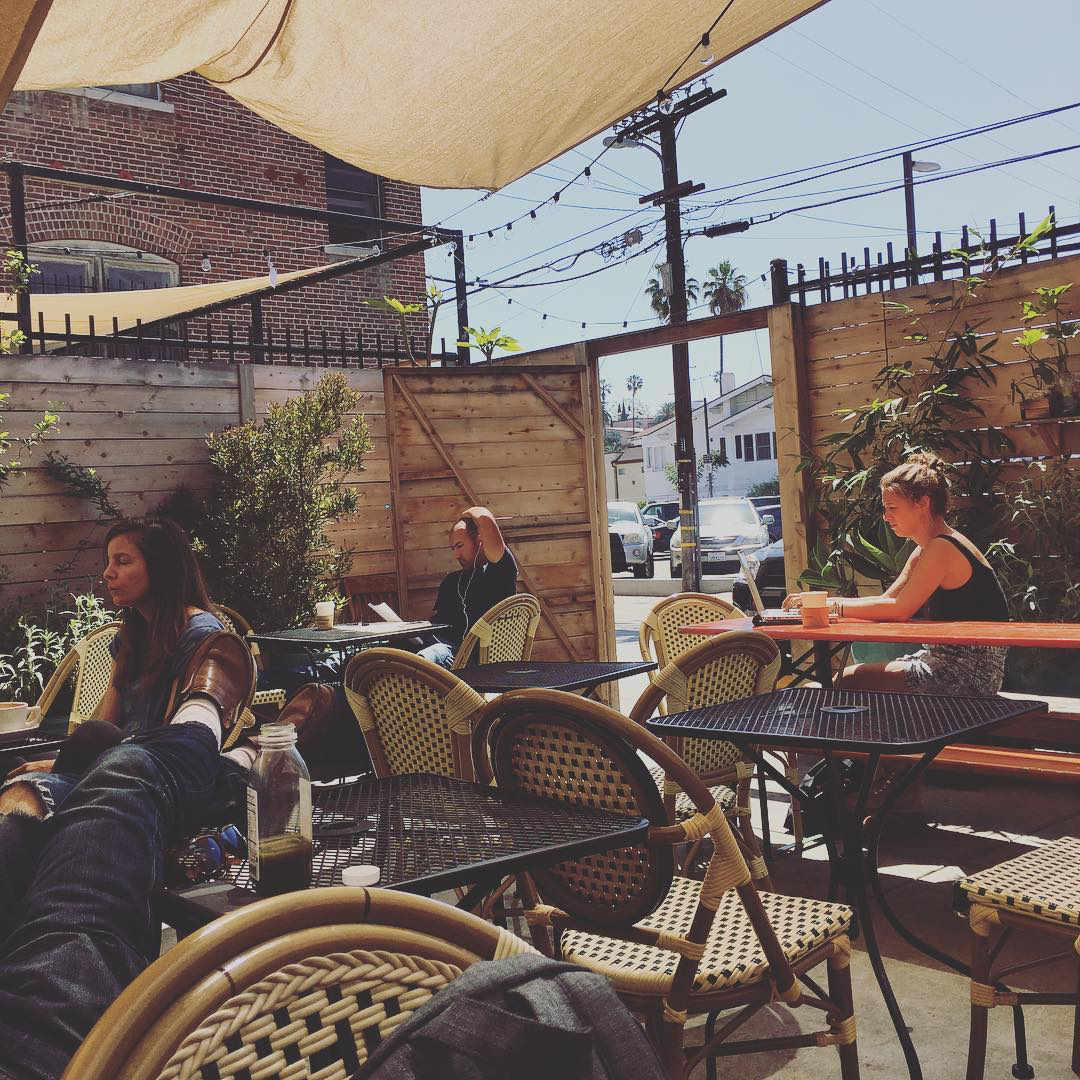 Echo Park, $$
BB: Taix has been around since 1927. Here, you’ll find every age. From kids to those that appear to have just stopped off from the geriatric hospital. It was last remodeled in like the 60s, so it’s got a real retro vibe. I love to order the French onion soup and a glass of wine and just watch people. 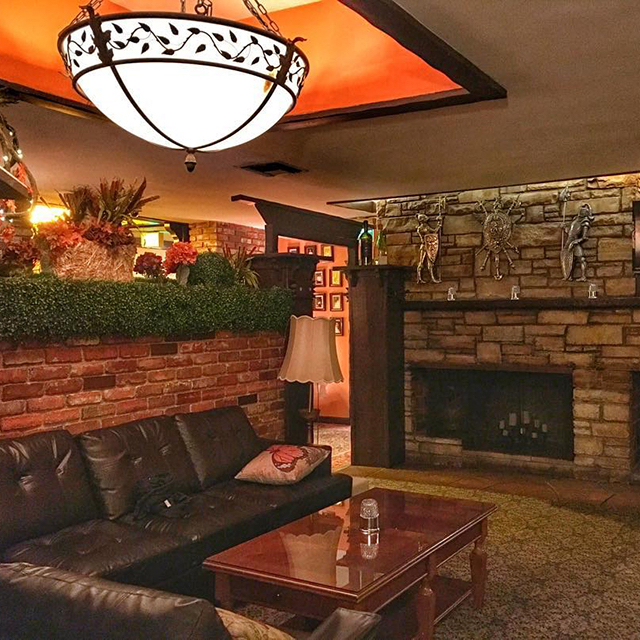 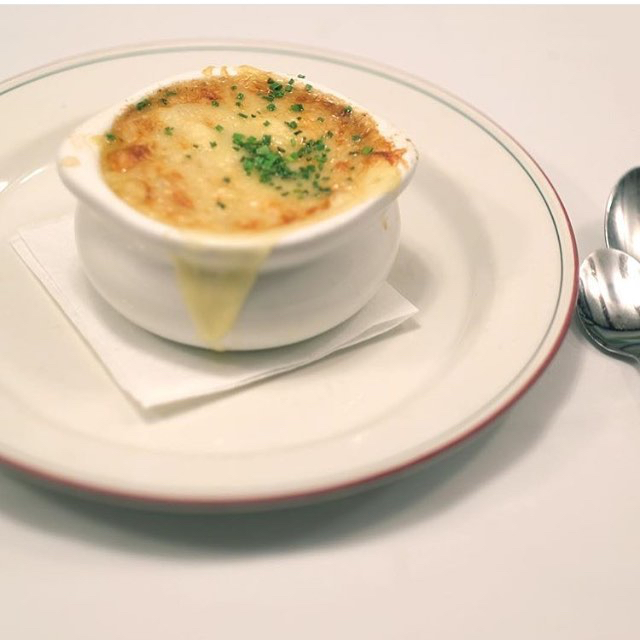 Silver Lake, $$
BB: The Thirsty Crow is small, busy and homely. You won’t give up your seat once it gets busy so you just sort of grow roots sitting there. I love just hanging out and catching up with like twenty different people in one night. I’m usually there two to three nights a week and I DJ there on Sunday nights. Sunday night is Nightwalk. It's a fantastic set-up—managers from several local bars take it in turns to spin every week. It’s some local bonding at its best. 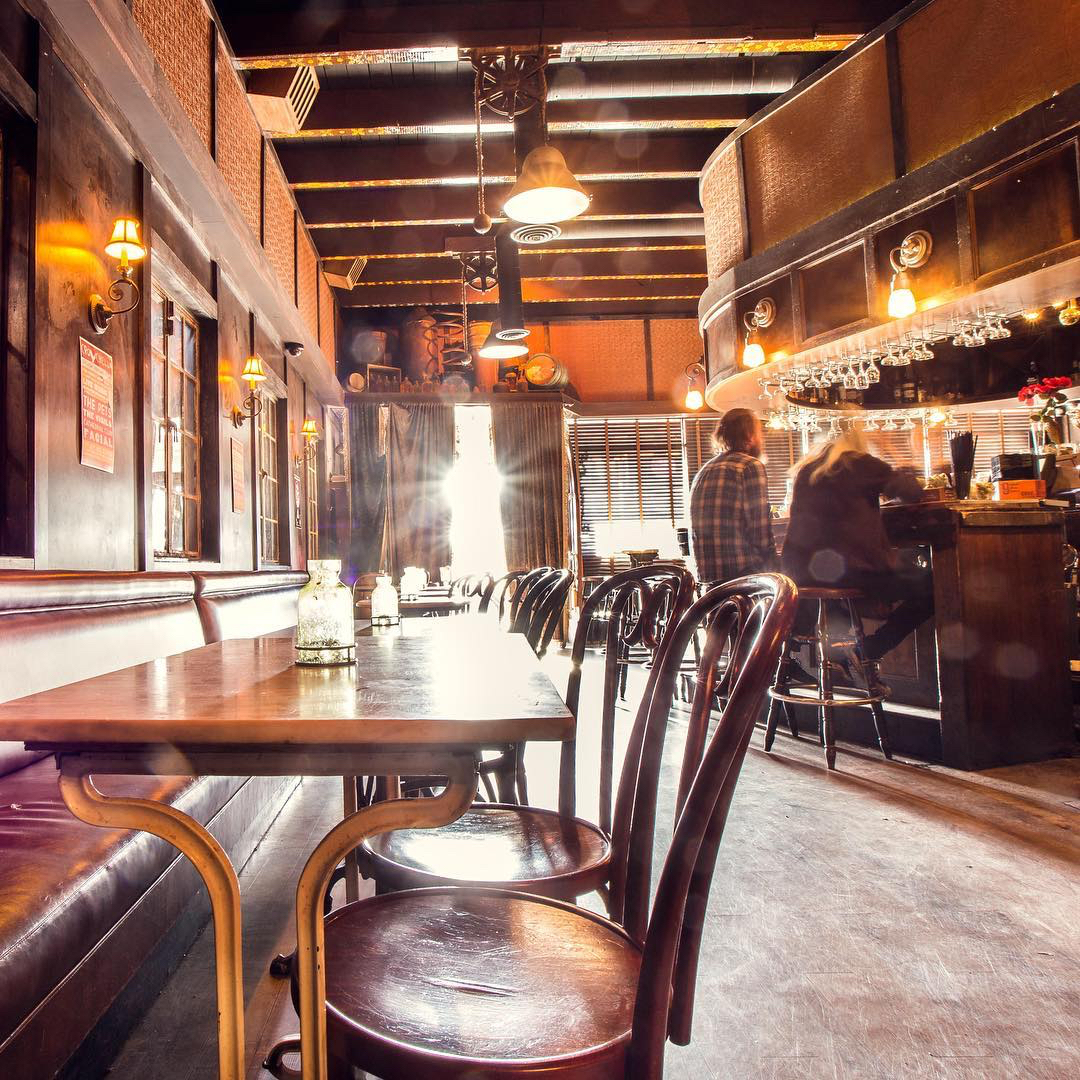 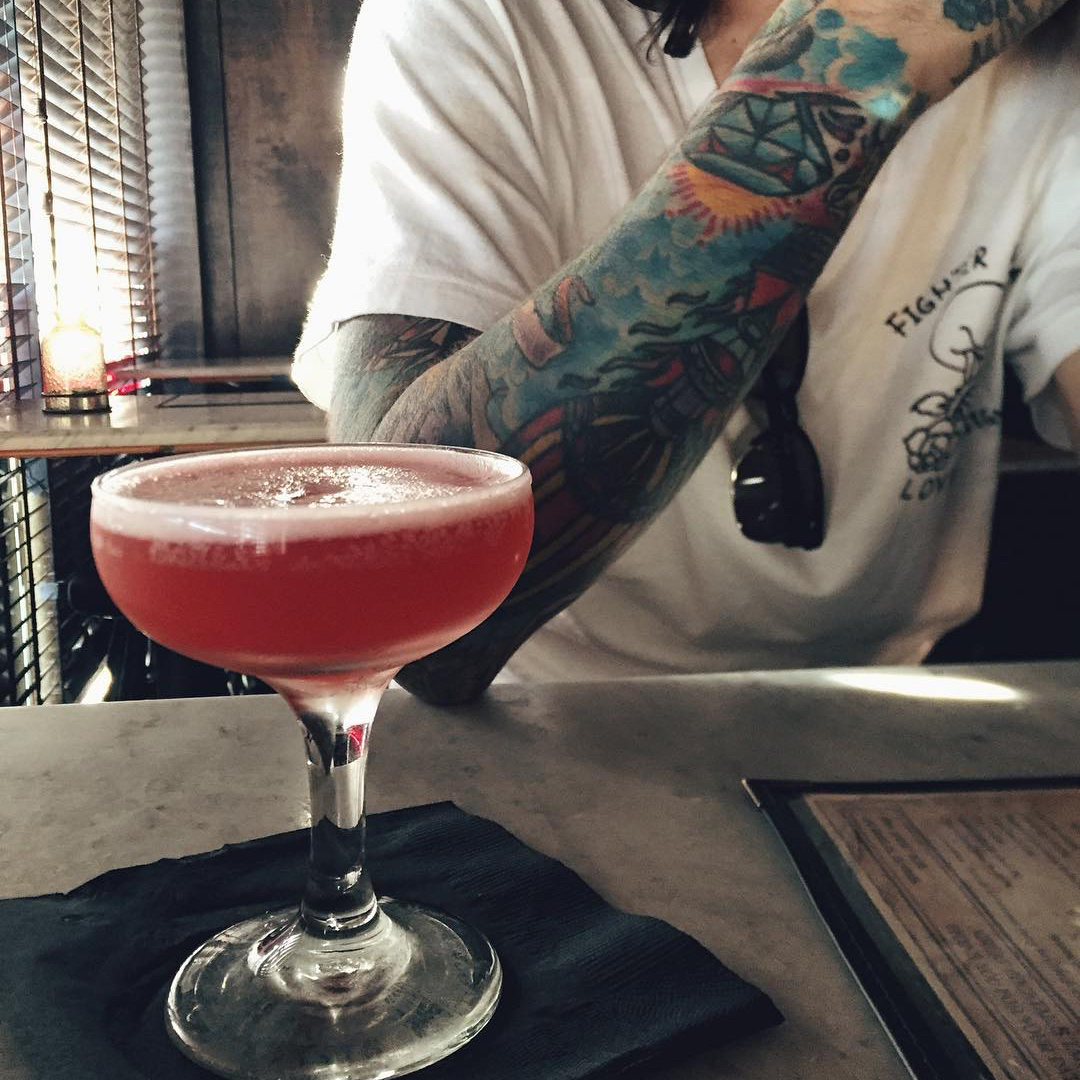 The Arya Stark at Thirsty Crow. Image courtesy of @milleemachado

Belinda Gosbee is an Aussie writer, actress and coffee snob based in Los Angeles. She believes that Brandon makes THE best old fashioneds in town and thinks you need to order one. Follow her jaunts on twitter @belindagosbee or instagram @gos22
Header image courtesy of Danielle Bernabe, 1933 Group