Juan Velasquez from LA band Roses weighs in some of his favorite music venues in LA just before the release of new LP, Camera Trouble

The live music scene is alive, well and welcoming in Los Angeles. This is due much in part to accessible and bona fide music venues scattered throughout the city that enable young musicians to see and be seen.
Meet LA-based band Roses, comprised of three grown and sexy California boys, Juan, Victor and Marc who have been making 80s-inspired dreamy pop together since 2013. It all started when guitarist and founding member Juan Velasquez met lead singer Marc at a gay bar with the intention of “something more,” but bonded over their love for music from years past and becoming pals instead. Juan wrangled in his long-time musical partner in crime, Victor, and the serendipitous synth trio Roses was born. 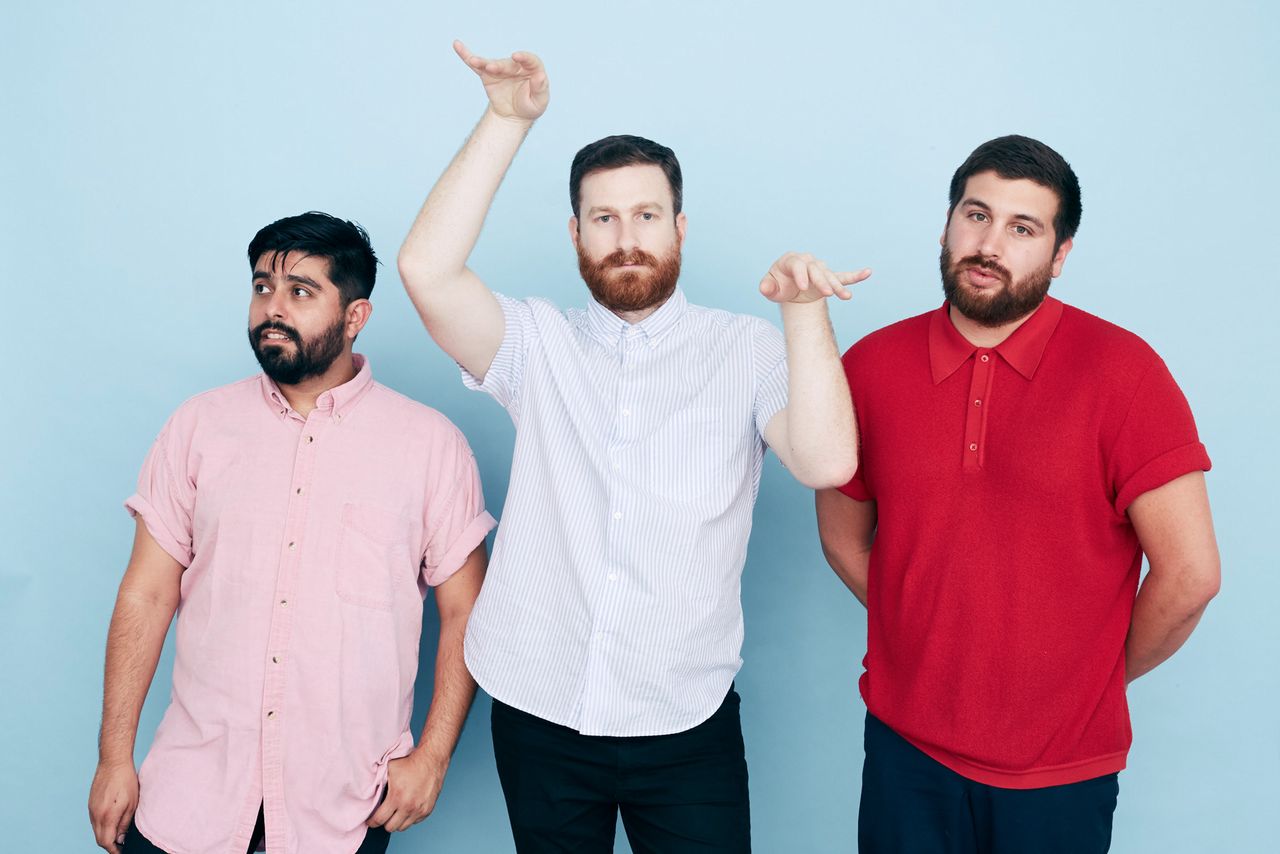 From left: Juan, Marc and Victor. Image courtesy of Roses

If you’re into the 80s, punk and/or the alt and indie sad boys and girls of Los Angeles, then you’ll probably recognize Juan from post-punk band Abe Vigoda, which gained initial popularity at the legendary, all-ages, volunteer-run, sorta skeevy music venue, The Smell in DTLA.

“I grew up hearing cool stuff on KSDC, which is like Claremont’s KXLU, and when they’d do show listings I noticed that bands were playing at The Smell. I’d always ask, what's The Smell? That sounds cool!” reflects Juan on the good times at The Smell, where he recently played with Roses.
“That was in 2001, and we decided to just go. We went to a random show, didn't even know the band and just couldn't believe that the place existed. At the time, downtown was still pretty sketchy. The Smell was scary and fun. We started going to shows there and learning about local, cool LA bands. It became our goal to play there.”
Not only did Juan play there, but he became part of a movement, known as the Smell Generation that had the punk DIY mentality of using the resources available to make music from the heart. Although Roses isn’t exactly textbook punk and has a different sound than Abe Vigoda, they maintain the punk ethos of no corporate bullshit, and, you know, playing backyard barbecues for friends and family.
Since Juan has clearly made his rounds in the LA music scene, we asked him to reflect on some of his favorite places to catch a live show in the city. But before you read on, don't forget to check out Roses' new record, Camera Trouble, coming out October 28th on Group Tightener. Give it a listen HERE and RSVP to their record release party at The Hi Hat HERE.
Get Citizine Updates Here 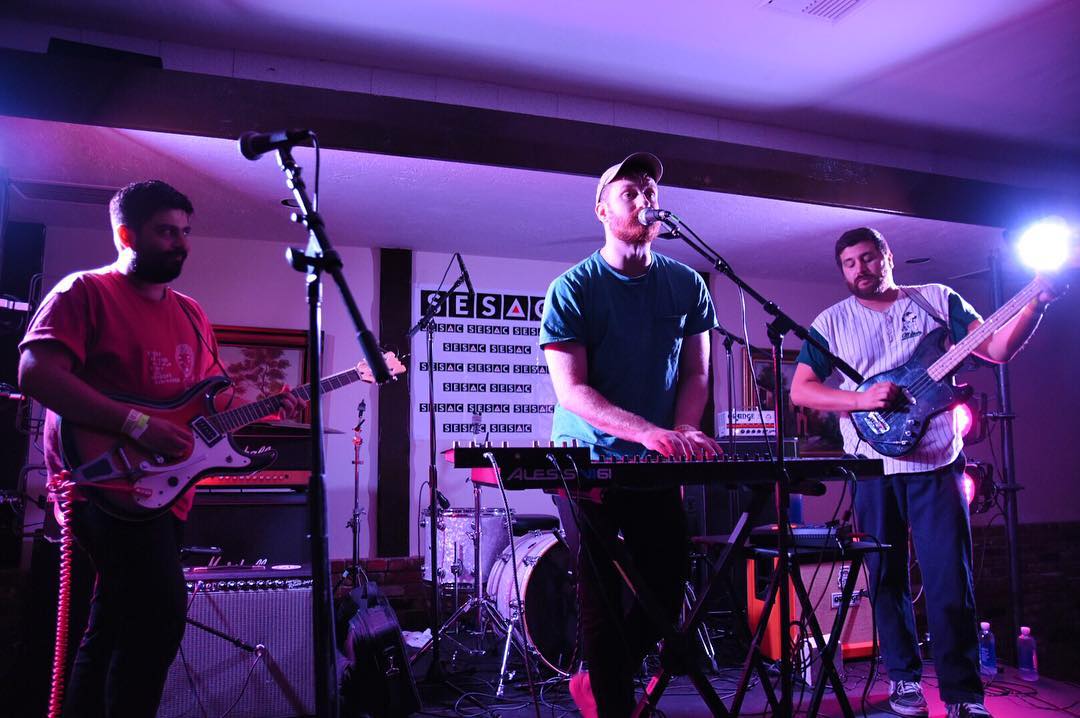 DTLA
Juan Velasquez: As Abe Vigoda, The Smell was sort of the ground zero for us to really learn how to be a band. It's an amazing place. Even if it moves, I hope it'll still be the same vibe. It's really about the ethos of the place and being a place for younger people to make music—not always easy when you're 17 or 18.  For the most part, people who go there are pretty respectful of new stuff and are the good kind of weirdos. I think it has a lot to do with the all ages thing. People aren't going to just drink and socialize. There's really not much to do but wait around and watch the band. I think people who go there are expecting to see  a band they like or hear something new. 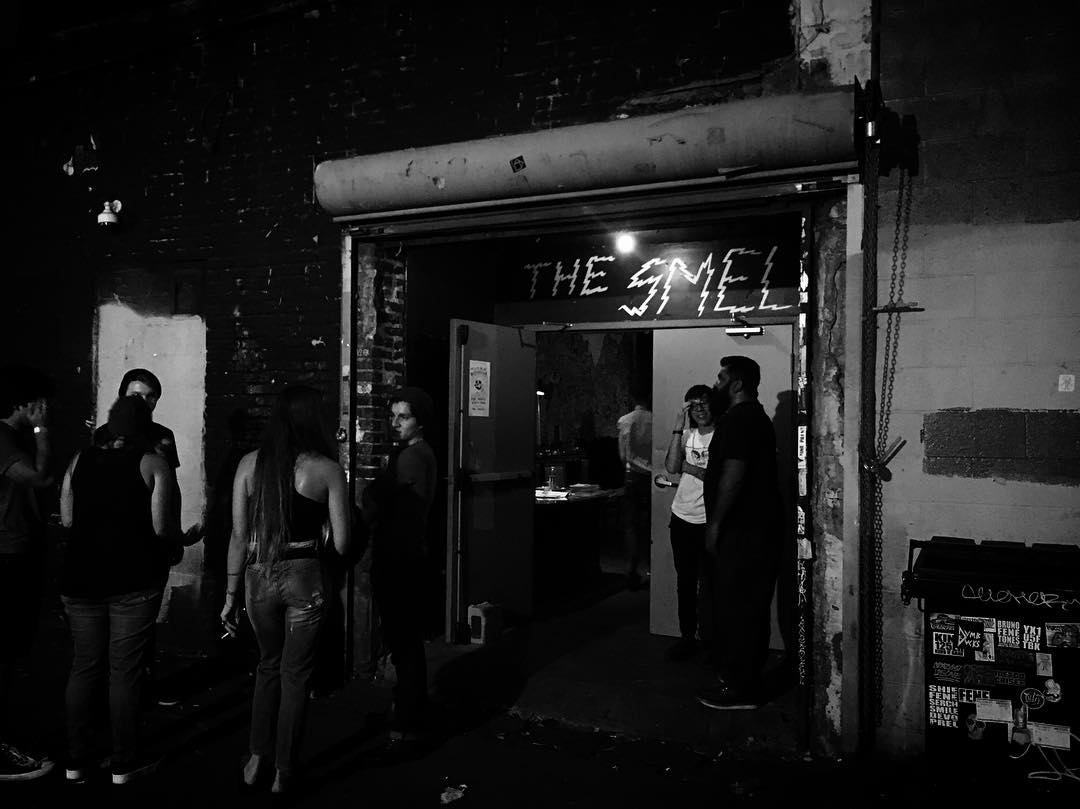 Highland Park
JV: I live in Highland park and they opened up the Hi Hat not too long ago. I really like it because the shows are cheap—it's a bar but some of the shows are 18 and over. It has nice sound and lights. It's a legit club, but not fancy or anything. It just sounds really good. It's a cool spot because smaller bands can play hear and sound great. The people who run it are also really nice. I can walk there, which is nice too. They're down for anything and it's not stiff or corporate. We're going to do our record release party/ Halloween party there. 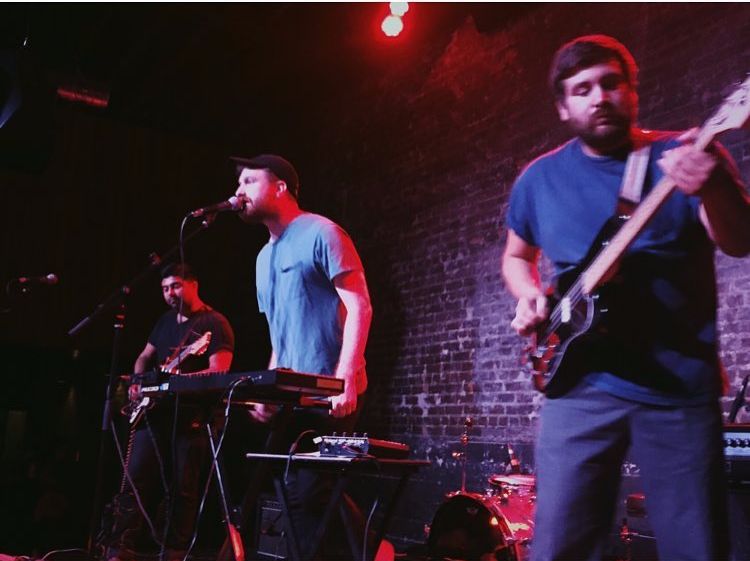 Echo Park
JV: Another place that I love is the Echo. It's an institution in itself. It sounds really good and you'll see touring acts that are great in an intimate setting, which I like. 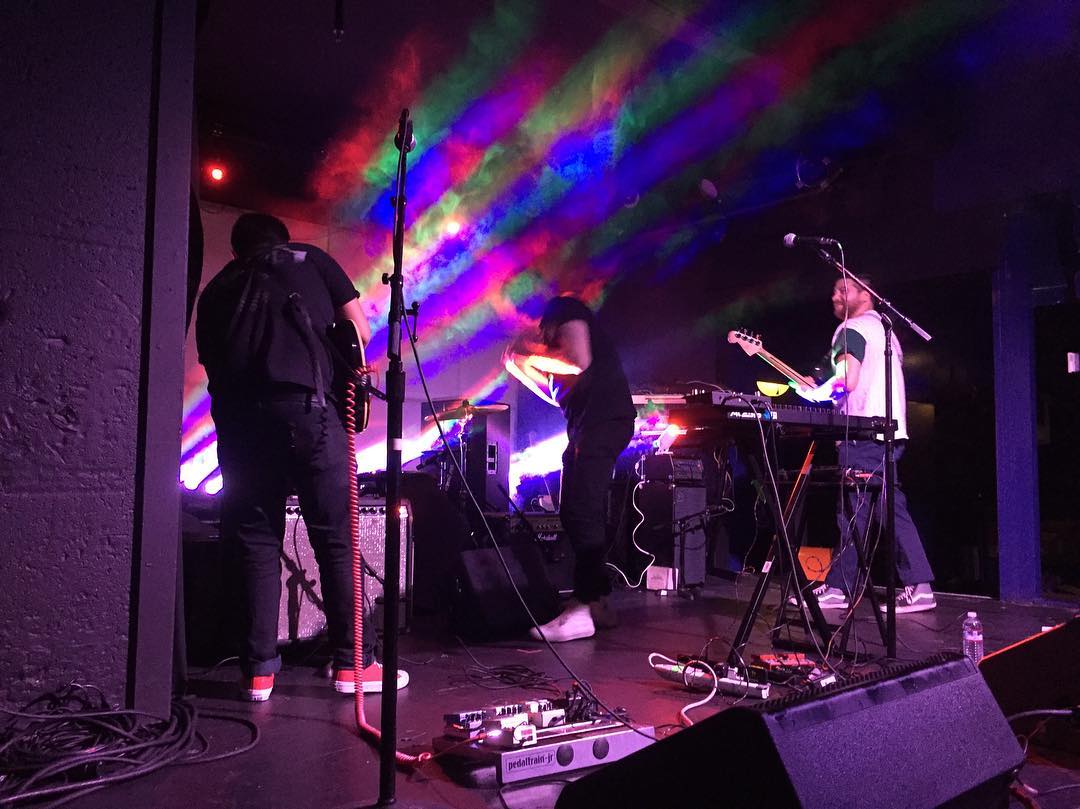 Roses sound checking at The Echo. Image courtesy of @ohnoitsgoyo

Hollywood
JV: I just saw Kate Le Bon at the Masonic Lodge at the Hollywood Forever. it's an awesome venue. It's super old, Spanish style early so cal look and the sound is incredible. It's feels like a really classy event. It's in a cemetery which is awesome. Before that, I saw John Waters do a Q&A talk at the same space. It's kind of like a special place. 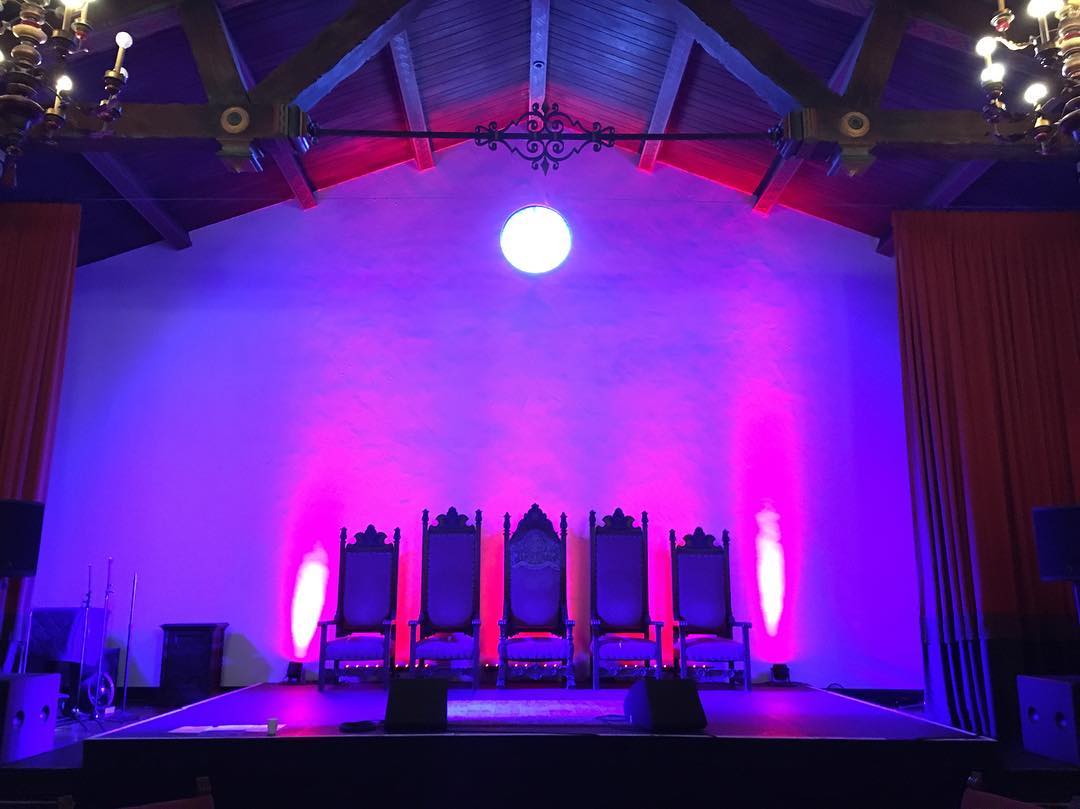 DTLA
JV: This one's a punkier spot. People live there and stuff. It's by the Greyhound station downtown. This place is super, super DIY, and totally punk. We played there once and we all felt kind of out of place because it's super punk but it was fun because we got a little more aggressive. The vibe is grungier than other spots. 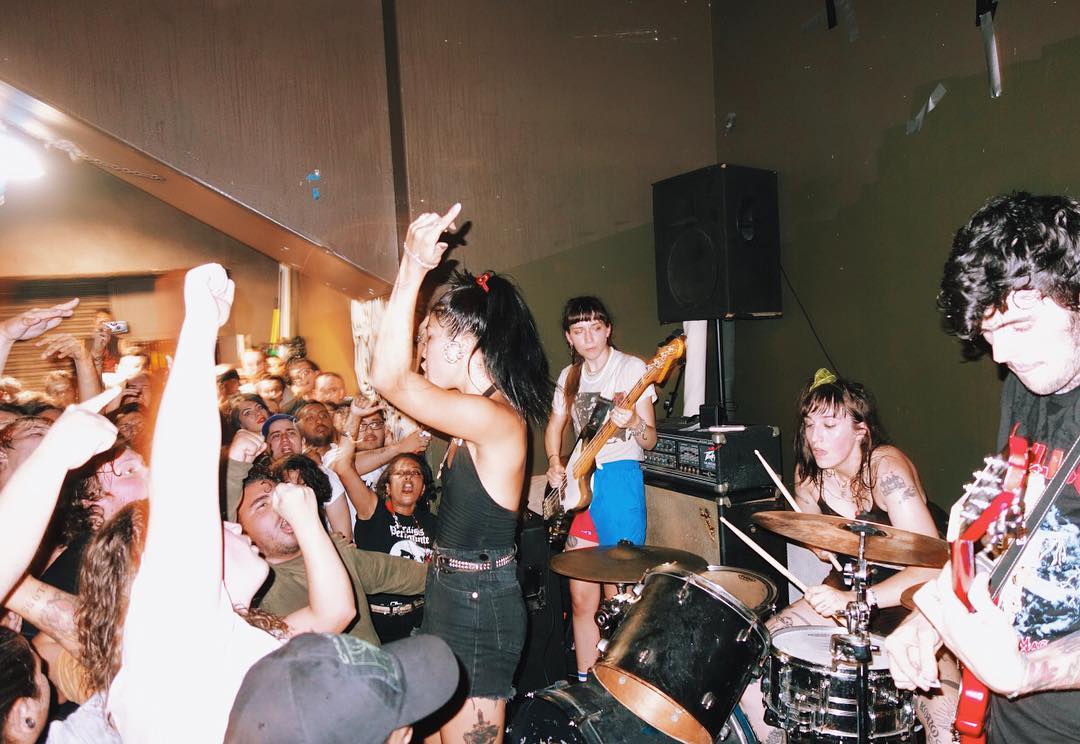