After The Freemasons: Transforming LA’s Temples And Lodges

6 structures that went from a secretive past, to a repurposed new life.

Let's talk Freemasonry. The fraternal organization has its roots in medieval Scotland and began as loose associations of stonemasons who met in lodges. While their rites and rituals remain largely secretive, their roster of members includes George Washington, Mozart, Franklin Roosevelt, Clark Gable, and even Shaq.

Get Citizine Updates Here
In California, Freemasons established their first lodges in the area around Sacramento during the Gold Rush of the mid-1800s. Within a few years, the first Freemason lodge in Southern California was established in San Diego, and by 1858, Los Angeles had its first lodge at what is, today, part of the El Pueblo de Los Angeles.

Since then, the organization has flourished throughout the Southland. But though several are still active, other lodges have been repurposed into new functions. Here's a look at some of the most interesting former Masonic lodges around LA.

Hollywood
Completed in 1921 by architecture John C. Austin (who also designed Griffith Observatory), the lodge was sold to private owners in the 1970s, and entered the National Register of Historic Places in 1985. Since then, the building has switched owners again, and is currently owned by the Walt Disney Company, which produces Jimmy Kimmel Live here. 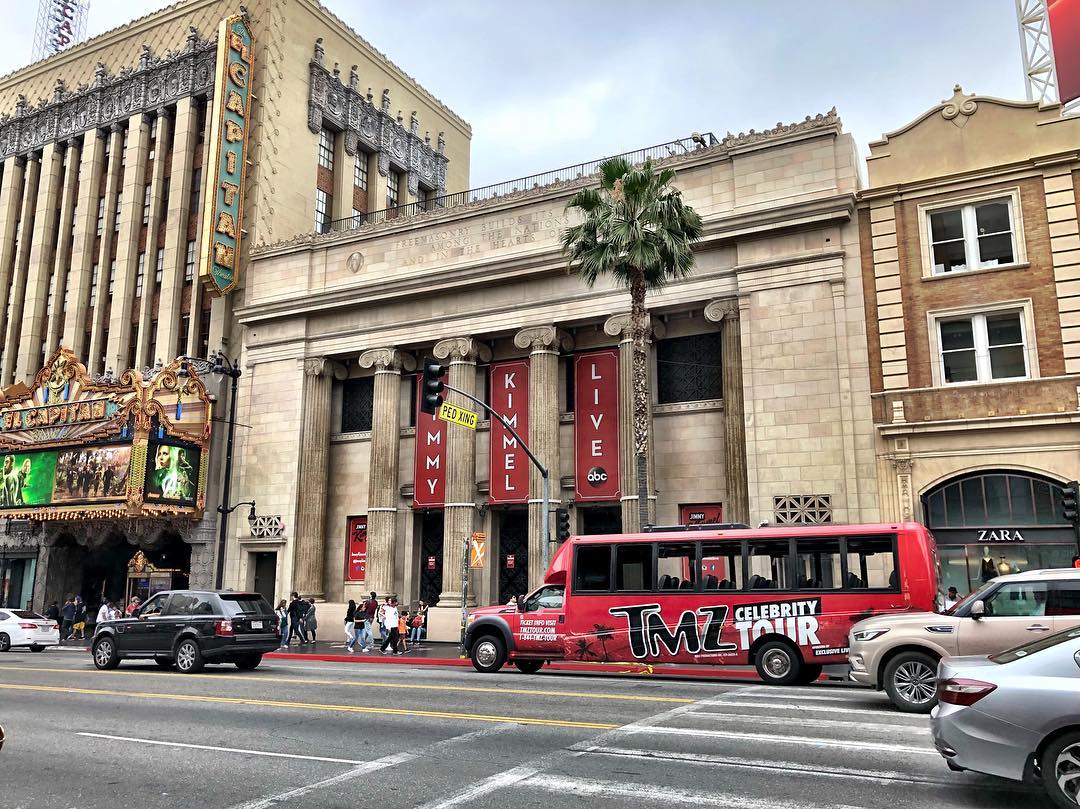 Westwood
The Masonic clubhouse was one of the first buildings in then-nascent Westwood Village when it was opened in 1929. Designed in a Spanish-Mediterranean-style, the clubhouse's original intent was for UCLA students and alumni. In the 1970s, the clubhouse was sold to a local owner who turned it into the Westwood Playhouse. Then, in 1994, the building was donated to UCLA, and, after some renovation, became the Geffen Playhouse Theater 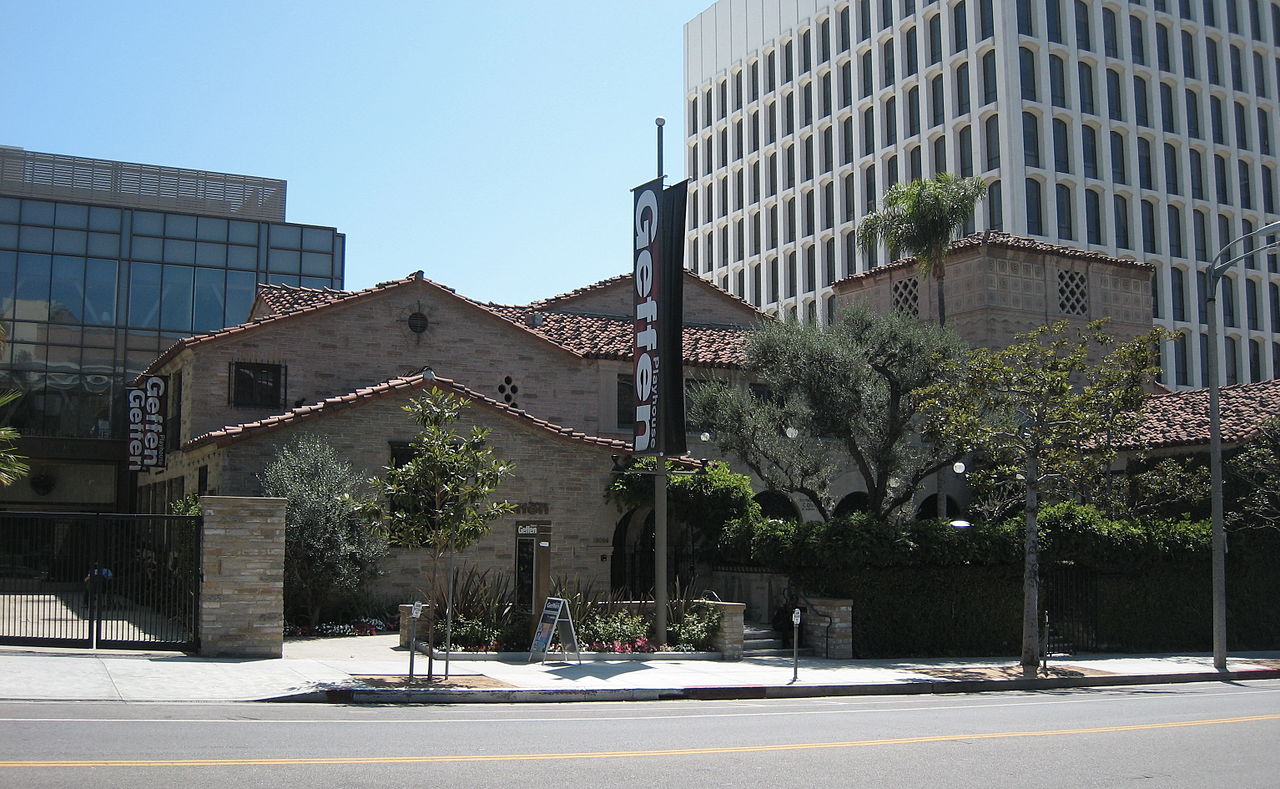 Hancock Park
At 100,000-square-feet, the Masonic Temple on Wilshire is one of the largest Masonic structures in the state. Built in 1961 by Millard Sheets, the facade is adorned in Italian marble and travertine. The structure housed National Guard troops during the 1992 LA Riots, and was eventually sold in 1994. It remained on-and-off the market until it was purchased, in 2013, by Guess? Clothing founders Paul and Maurice Marciano. In 2017, the Marciano brothers opened the space as the Marciano Art Foundation, a museum exhibiting their private art collection. 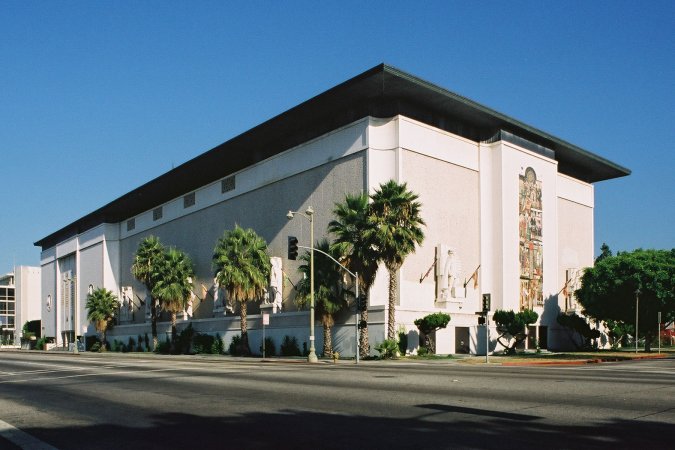 Hollywood
Architecture firm  Morgan, Walls & Clements (the team behind the Wiltern Theater, Chapman Plaza, the El Capitan Theatre, and others) designed this Spanish-baroque-style lodge in 1931. The order left the lodge in the 1960s, and in 1999, the structure entered the National Register of Historic Places. Today, the hall plays host to concerts and other events. 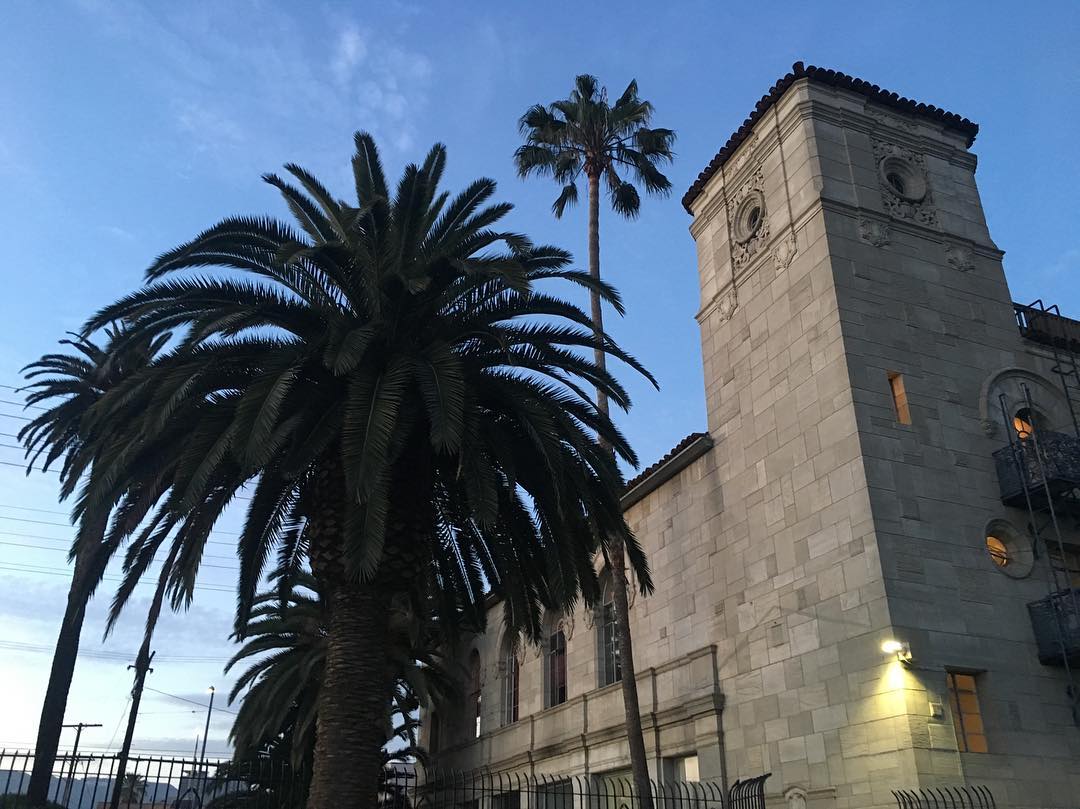 Jefferson Park
Following a 1920 fire that leveled the original 1906 Shrine Auditorium, the Al Malaikah Shriners (a sub-group of the Freemasons) opened the present-day structure in 1926 to hold 6,300 people with an attached expo hall of over 50,000-square-feet. The auditorium has played host to multiple Academy Awards, Emmy Awards, and Grammy Awards since. In 2013, management of the space was taken over by concert promoter Goldenvoice, which stages Coachella among other events. 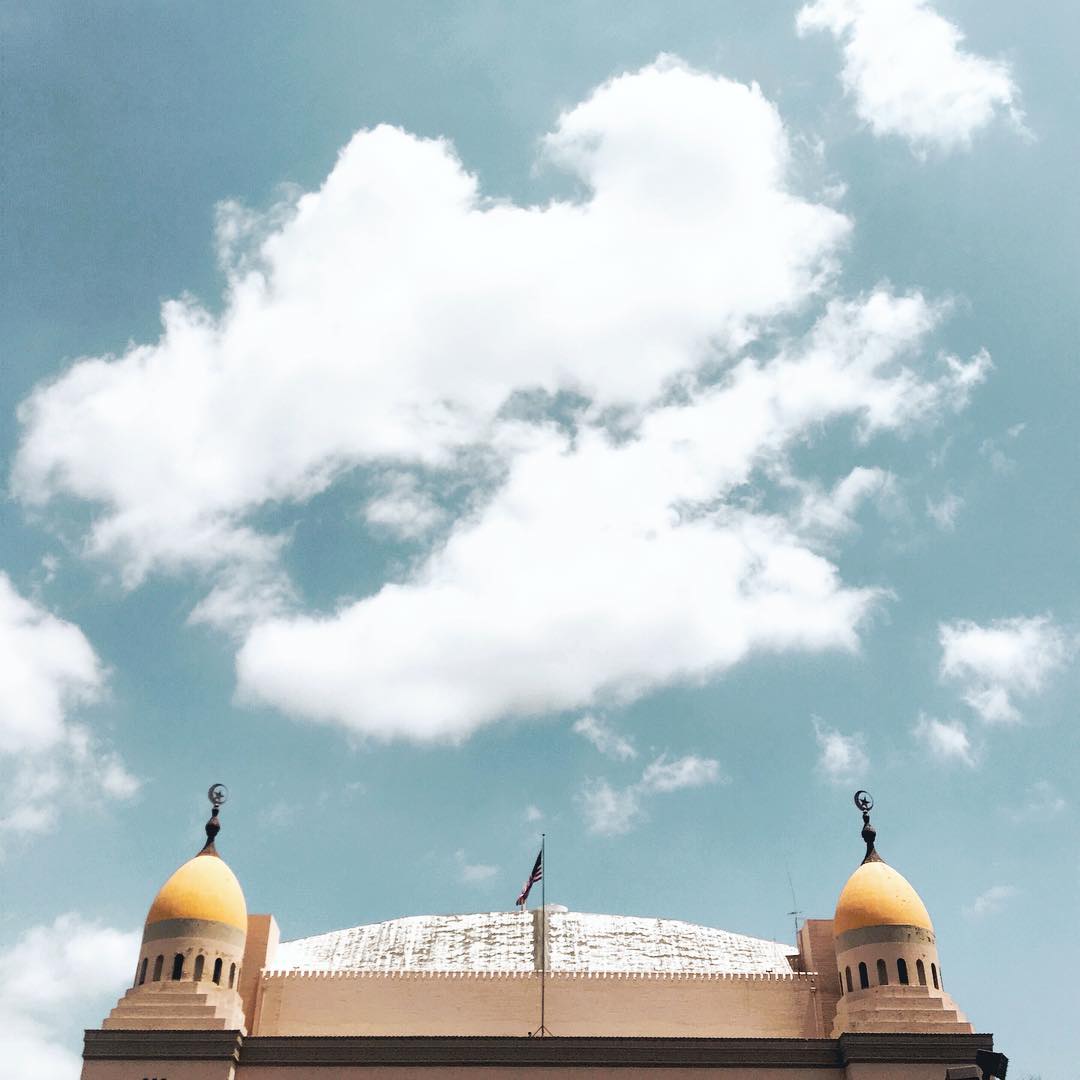 Glendale
This nine-story, Art Deco-style temple was completed in 1929. Then, in 1957, the building was largely vacated (except for a few bottom floors used as the headquarters of a theater company from 1991 to 2011), and remained mostly empty until mega-developer Rick Caruso purchased the property (which sits directly opposite Caruso's Americana at Brand development) in 2015 and converted it into creative office space. Today, real estate firm CBRE is the main tenant. 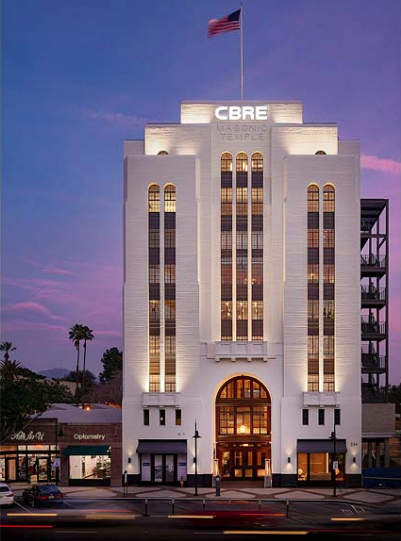