A Tour through Space with LA Artist Glenn Kaino

What if The Geffen Playhouse granted you the opportunity to put on any show of your choosing in collaboration with your esteemed magician friend? Well, that’s exactly what happened to LA native and conceptual artist Glenn Kaino.

Created and performed by Derek Delgaudio (magician friend) and produced by Glenn, In & Of Itself is not a conventional magic show or even a play—it’s an interactive narrative experience that Derek has been working on for the better part of a decade. In other words, it's psychological manipulation that we welcome with open arms. Trust us, you’ll walk out having just traveled through space and time, wide-eyed, mouth agape, believing in magic. Even David Blaine thinks the show is “changing the game.”

“A lot of that show is about the heterogeneous nature of what people think and how things are defined, so the nature of the show ‘in and of itself’ reflects a concept … see what I did there? It’s fun, really fun,” Glenn tells us. 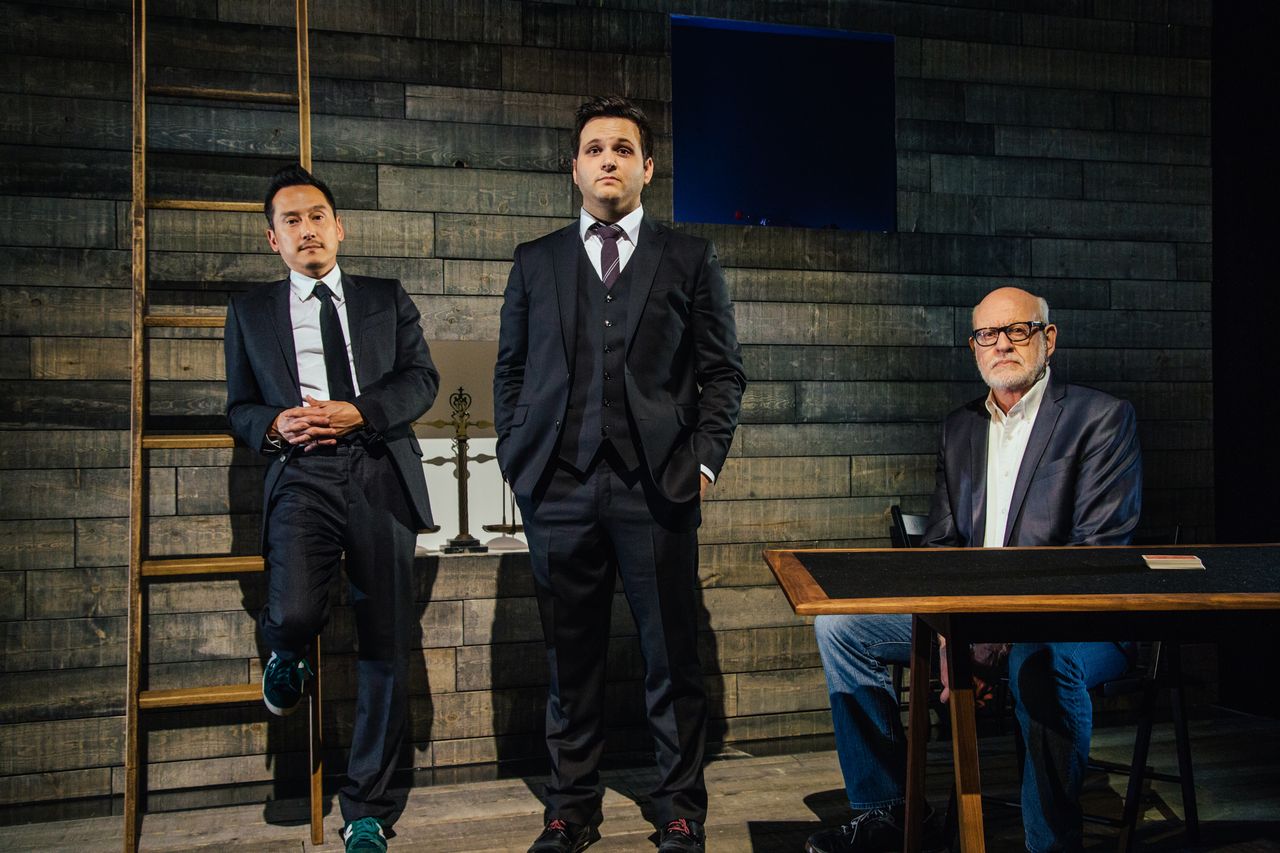 From left: Glenn Kaino, Derek Delgaudio and Frank Oz on set of In & Of Itself. Image courtesy of Jeff Lorch Photography

The Los Angeles community finds the mind-bending narrative fun too. It’s now in its fifth extension, running through August 28, making it the most successful production The Geffen has seen in the Audrey Skirball Kenis theater since the duo’s (they call themselves A.Bandit) last production in 2012.

And it’s not just The Geffen that trusts Glenn’s prowess for transforming spaces. The City of Los Angeles commissioned the conceptual artist to create a public artwork as a part of the new Sixth Street Viaduct connecting the DTLA Arts District to Boyle Heights in 2017. Before that, in 2012, he was selected to represent the US at the Cairo Biennale and in 2014, he erected a mammoth installation in Washington D.C. Essentially, we trust him with our lives. Or at least our creative souls.
Get Citizine Updates Here 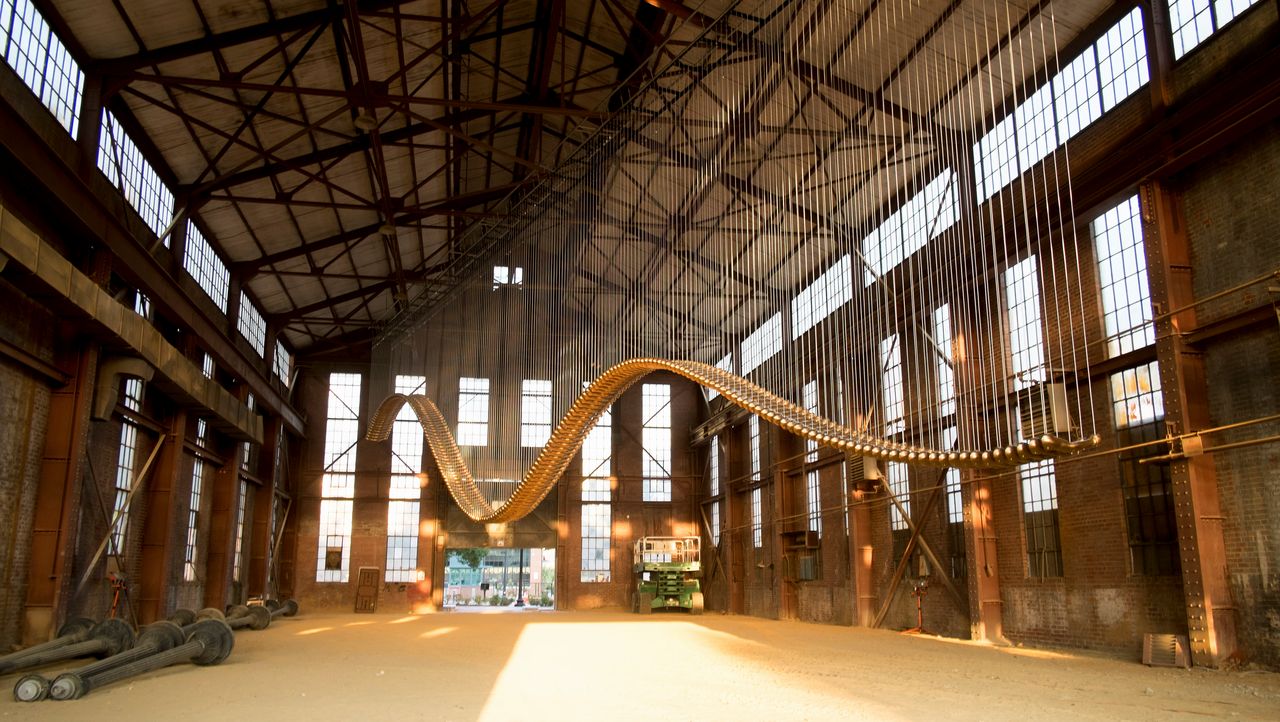 “I like to use art to create moments where systems of knowledge and systems of production that don't normally have a chance to meet come together and interact,” says Glenn of his broad body of work—for which he has collaborated with magicians, scientists, activists and artists.
But at the end of the day, the artist specializes in space making. While spaces for art and the exchange of ideas may seem like all the rage these days, Glenn was an OG pioneer.
In the late 90s, he co-founded Deep River (where DTLA Pie Hole stands today), which was a nurturing launchpad for LA artists like Mark Bradford who didn’t succumb to the pressures of the corporate art market. In fact, Deep River’s door had a little engraved sign that read: “no critics allowed,” which wasn’t literal, of course, despite some butthurt critics. Since Deep River shut down, Glenn is now one of the founding board members of LAXART, and more recently, he helped co-found Mistake Room. Both spaces are independent non-profits that foster experimental art initiatives in Los Angeles.
For Glenn, it’s not about guiding singular artists into the spotlight; it’s about the creative community coming together for conversant discourse.

“We want to raise questions about the singularity of the hegemonic, controlling voice, and we can't do that by creating one sort of oppositional voice. It needs to be a voice of many, an inclusive voice,” says the conceptual visionary.

As we’ve essentially crowned Glenn as our creative guru, we had to have him show us the way to LA’s most inspirational art spaces:

Westwood
Glenn K: The Geffen has been so generous with us. They literally invested in a show—in a team of artists—without knowing what they were going to get. And I love the fact that they did that and that we came through for them, because it pays off. They're now being rewarded for their generosity and their competence in investing in the artist community. I think it was a very bold move on their part and we're all enjoying the rewards of their courage and investment in the creative team. 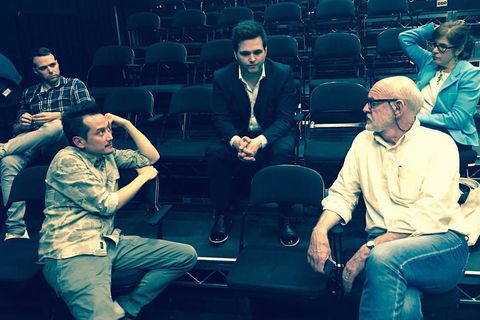 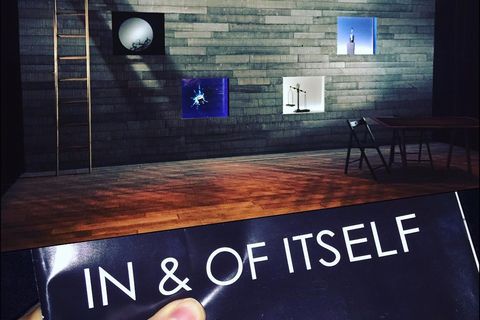 Westwood
GK: The Hammer Museum is great and transparently—I'm on the artist council there. But in terms of the multiplicity of the dialogue, the Hammer has been able to craft an expanding level of engagement with an audience that I think is second to none in the institutional museum space. The other museums do a really great job at operating at a high level that either is demographically responsive or scholastically relevant. I think that in terms of innovation and expansion of voice, the Hammer is really great. 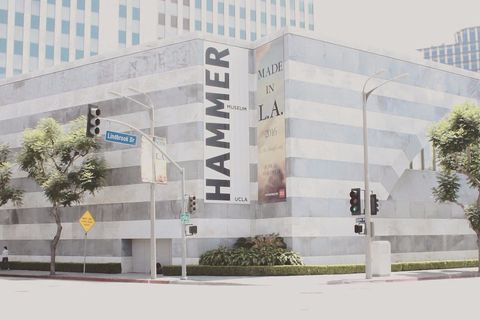 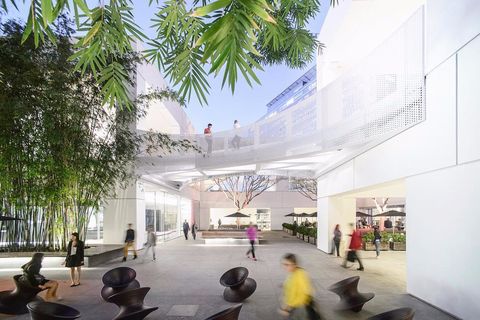 DTLA
GK: The Mistake Room actually took it's name from one of the works that Derek and I performed. It's the name of one of our old pieces. But Cesar Garcia, who is the director there, is an amazingly talented visionary curator who had the idea of creating an access point to an international community of artists and curators in Los Angeles and he has very effectively created a fracture in the local landscape by making everything in his program relate to a sort of larger international dialogue. 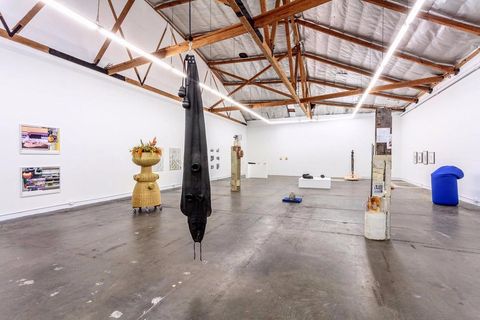 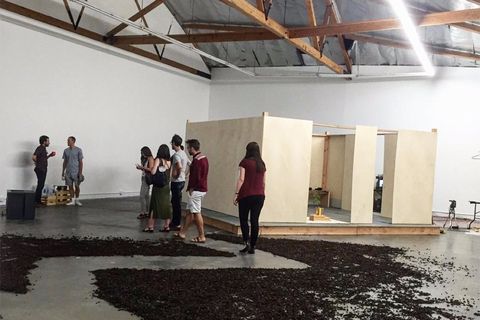 Boyle Heights
GK: 365 Mission is Laura Owens' space and it’s truly fantastic. She and the other collaborators are really innovating on an organic scale, which is possible only with an independent art space like that, and they’ve really taken that to another level. 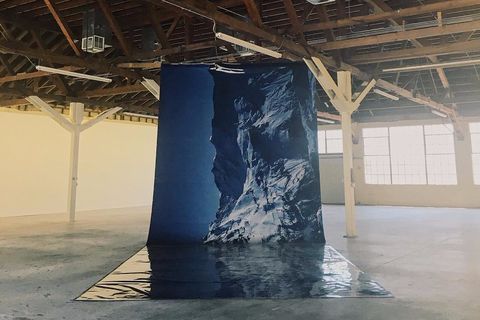 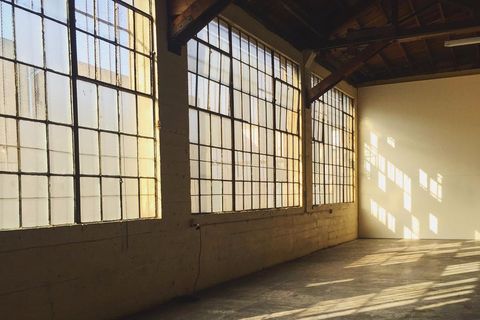 Leimert Park
GK: Not only has Mark Bradford created an amazing dialogue in the community with Art + Practice, but he’s situated it in a very historical art neighborhood where the legendary Brockman Gallery took its residence years ago. 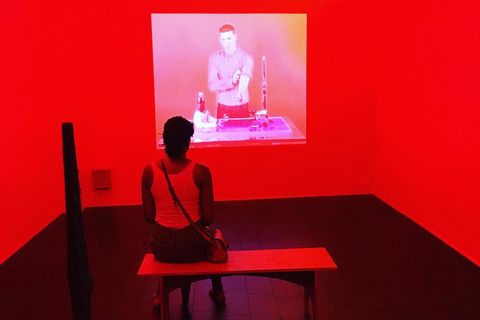 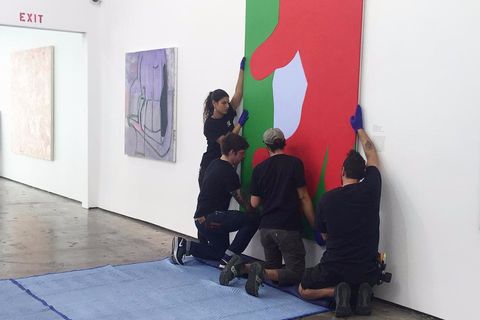 Santa Monica
GK: This is the largest artist residency program for emerging artists. It’s a fantastic, really great and nurturing space and they offer exhibitional programming and educational opportunities there too. 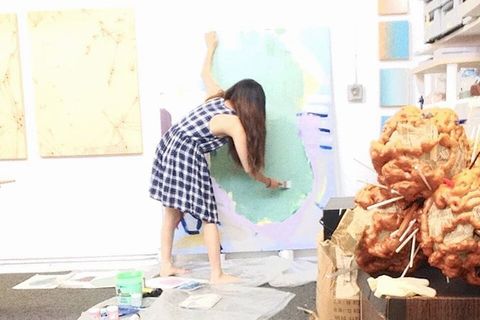 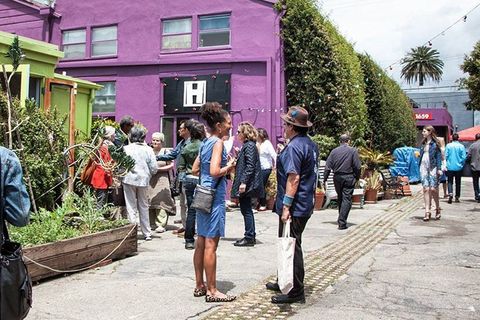 (formerly Santa Monica Museum of Art)
DTLA
GK: I'm excited about this moving downtown and the whole re-branding to the Institute of Contemporary Art. So that should be exciting. 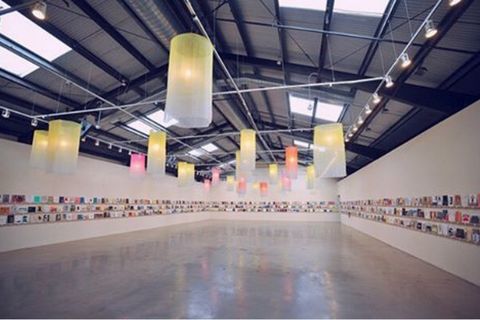 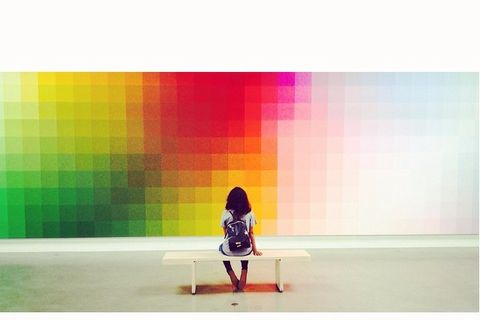 Arden Shore is a writer, dot connector and sock collector from Los Angeles who believes if everyone wore more yellow, we would be one step closer to world peace. See what catches her eye at @ardyparty.