You’re not the only one who hasn’t figured out your Halloween costume yet. Lucky for you, we got in touch with some Halloween professionals, AKA talented makeup artists and costume designers, who directed us to some of the best vintage, costume and makeup stores in Los Angeles to prepare you for Halloween. We know Party City and Aahs are already on your radar, but will you really wear another store-bought, ill-fitting, one-size-fits-most, polyester Mario or Luigi costume again? Not on our watch.
Get Citizine Updates Here

Meet the Artists and Designers

Shaina Paulson is a self-taught special effects makeup artist from Washington, D.C. who recently moved to Los Angeles. Her specialities include horror, fantasy, face/body paint, as well as beauty makeup. Her work can be seen in Flying Lotus' feature film (Kuso, which screened at Sundance), the rock band PUP's music video, and in Fallout: The Wanderer web series—based on the video game. To see more of Shaina's work, follow her on Instagram at @bloodxbones_makeup. 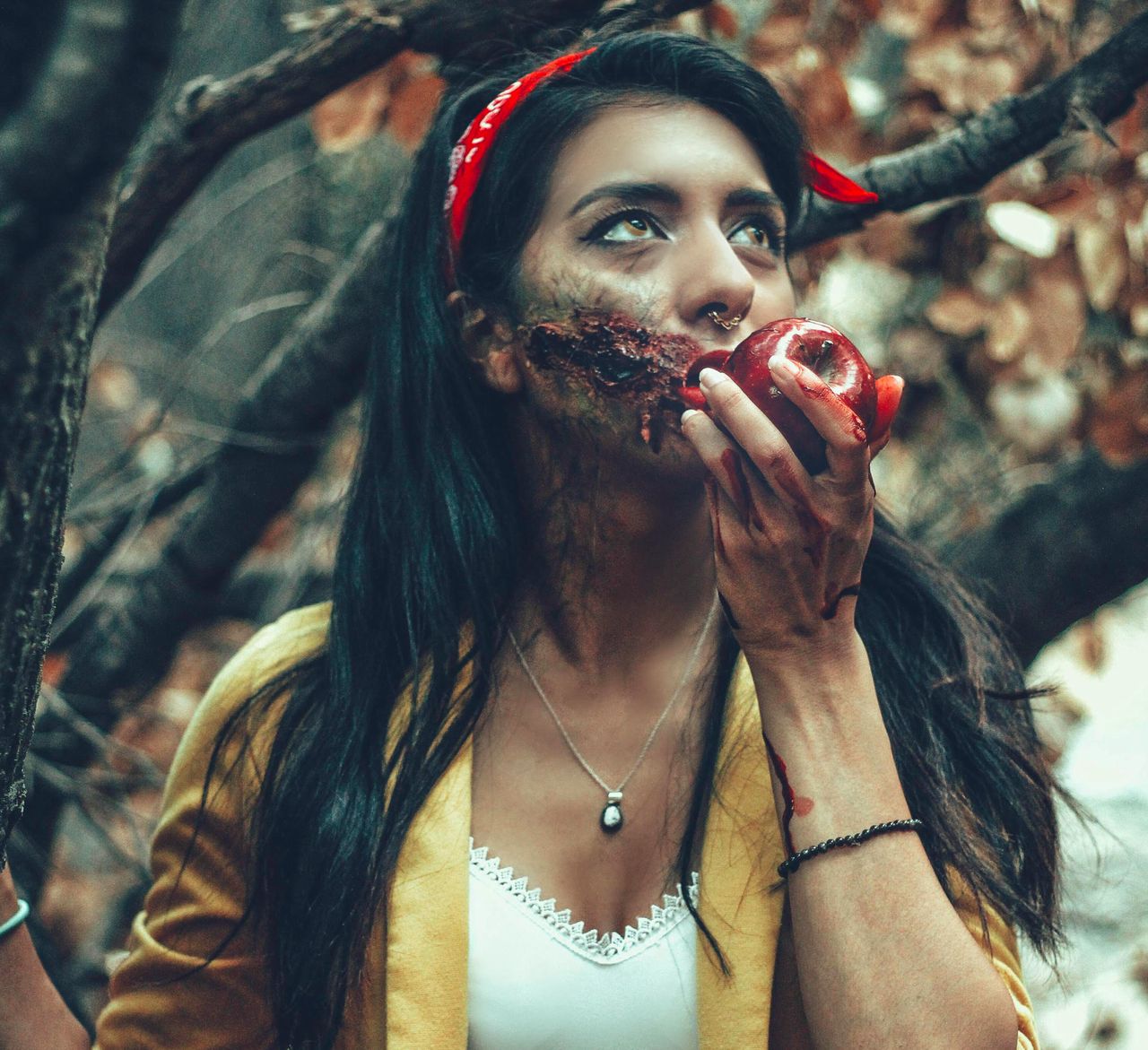 Shaina Paulson with special effects makeup by herself. Image by Tony Cotzajay

Quinten Cifelli is a hell-bound horror movie lover and gorehound. You can see this effects artist's impressive makeup work in The Walking Dead, Guardians of the Galaxy 2, X-men Apocalypse, Spider-Man Homecoming, Anabelle, Monster Girls, as well as the forthcoming Apocalypse and Amityville: The Awakening. See more of Quinten's work on Facebook at ClassicHorrorModernMacabre and Instagram @casketcase. 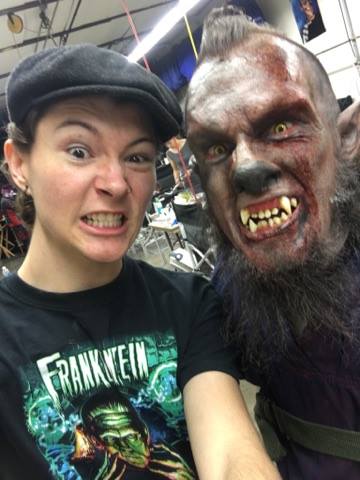 Kelly Thorpe is a professional hair and make-up artist who works around the globe and is based in sunny Los Angeles (often to the chagrin of her red headed and freckled complexion). She is known for her wide range of work from beauty, grooming, and body painting to working on TV shows such as NBC's Grimm. Kelly brings a high leve of talent and joy to every job and offers a 10 percent discount to any work in tropical exotic locations. Get in touch and check out her work on via kellythorpemakeup.com or on Instagram at @kellythorpemakeup. 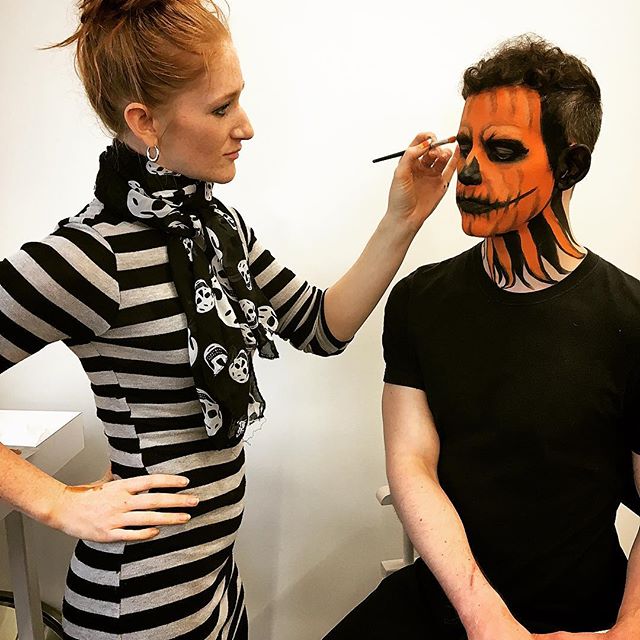 Patrick Glendening studied the arts from a young age, but it wasn't until college did his focus land on clothing, when he launched his own line. Illustrating, marketing, and selling the clothing himself, Patrick taught himself to manage a business and learned invaluable sewing and dying skills that would later lend themselves to his career in costume design. He got his start on set working under Heather Karasek on a Yahoo web series in 2012. Since then, he has worked with names such as Cheryl Hines, Ed Helms, and Rob Riggle and has contributed his obsessive eye for detail to music videos, commercials, and TV series spanning several genres. See what he's up to now at patrickglendening.com or on Instagram at@patrickglendening. 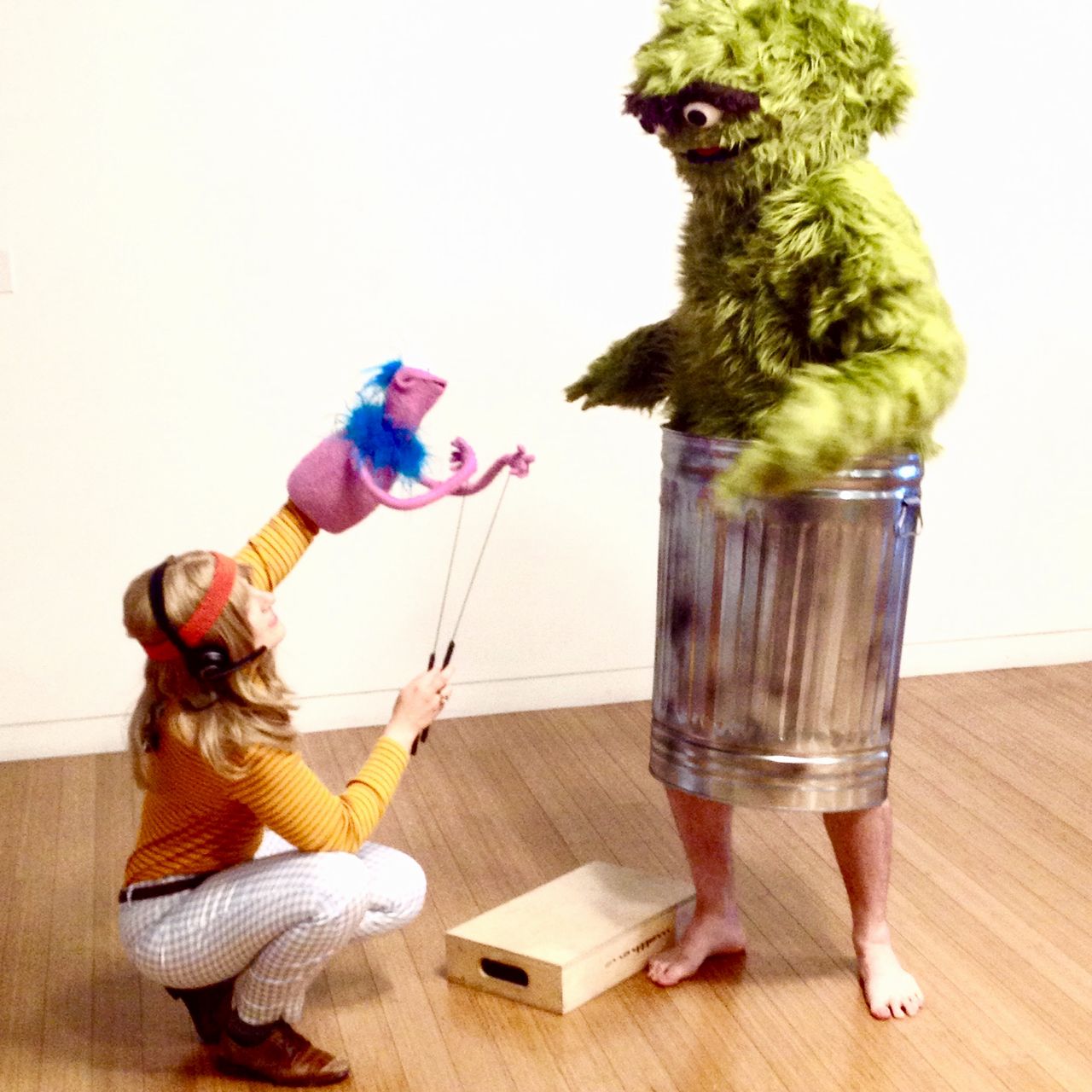 Burbank, $$
Kelly Thorpe: This little gem is located on Magnolia Blvd in Burbank and, just like the movie, is all about Halloween all year long! You can find almost any new costume here along with lots of hats, wigs and accessories. Need a costume cowboy hat in December (I did.)? Come here. They also have another store next door that has almost any spooky prop you could think of for your epic haunted house!
Quinten Cifelli: With two separate store fronts right next to each other, Halloweentown has variety aplenty. One storefront being Halloweentown Costumes, selling exactly that, makeup and costumes of all ranges. The neighboring storefront, offering things of a more personal nature. Apparel, movies, collectibles, artwork, toys, decor, and more for the everyday Halloween celebrator.’
Patrick Glendening: Halloween Town in burbank is a year round costume and makeup shop. I frequent this shop at least once a month even if I don’t need something. It’s cold, dark, and horror movie classics play over the speakers in the background. They have a wide selection of costumes in a bag, accessories, and wigs and masks. Their props store down the street has decorations, toys and art for the year round horror obsessed. 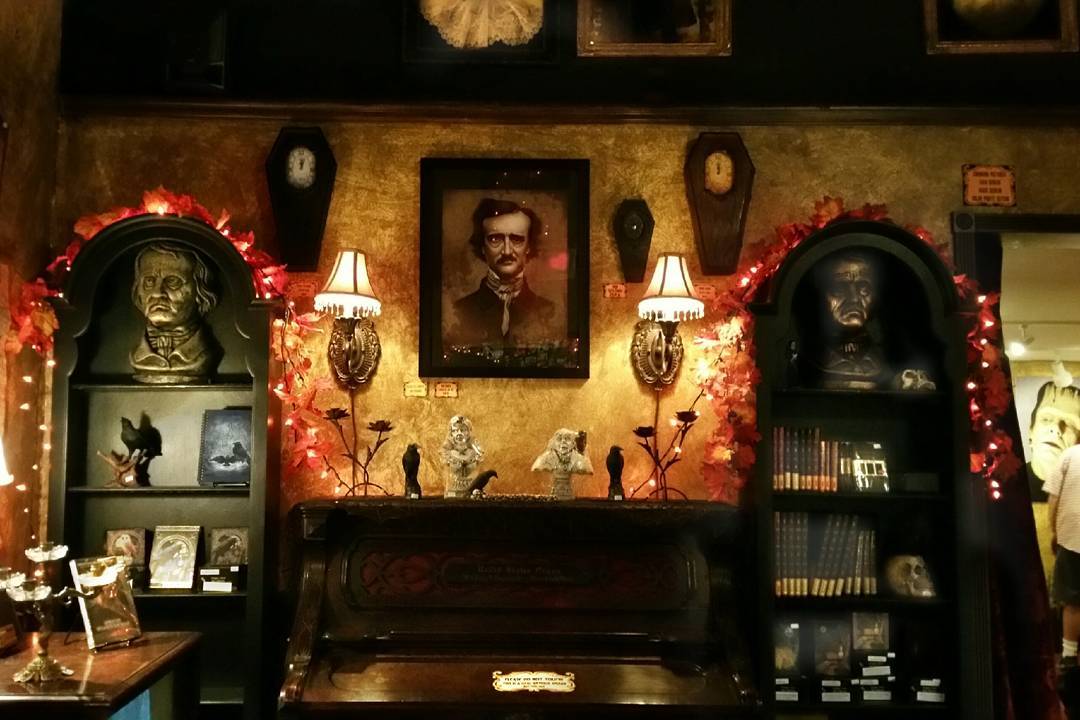 North Hollywood, $$
Shaina Paulson: This is up in North Hollywood and literally has everything anyone could ever need for makeup and special effects supplies. It's a professional makeup store but it has such a wide variety of shadows, paints, blood, etc. that people could use for Halloween. (Also, if you're a professional makeup artist/special effects artist you can get discounts).
Kelly Thorpe:  Nigel’s is your one-stop spot for everything including beauty makeup, glitter, blood, FX, lashes, and wigs! The staff is very helpful and knowledgeable and it’s easily located right in the NoHo Arts District. They know me there, I like that. 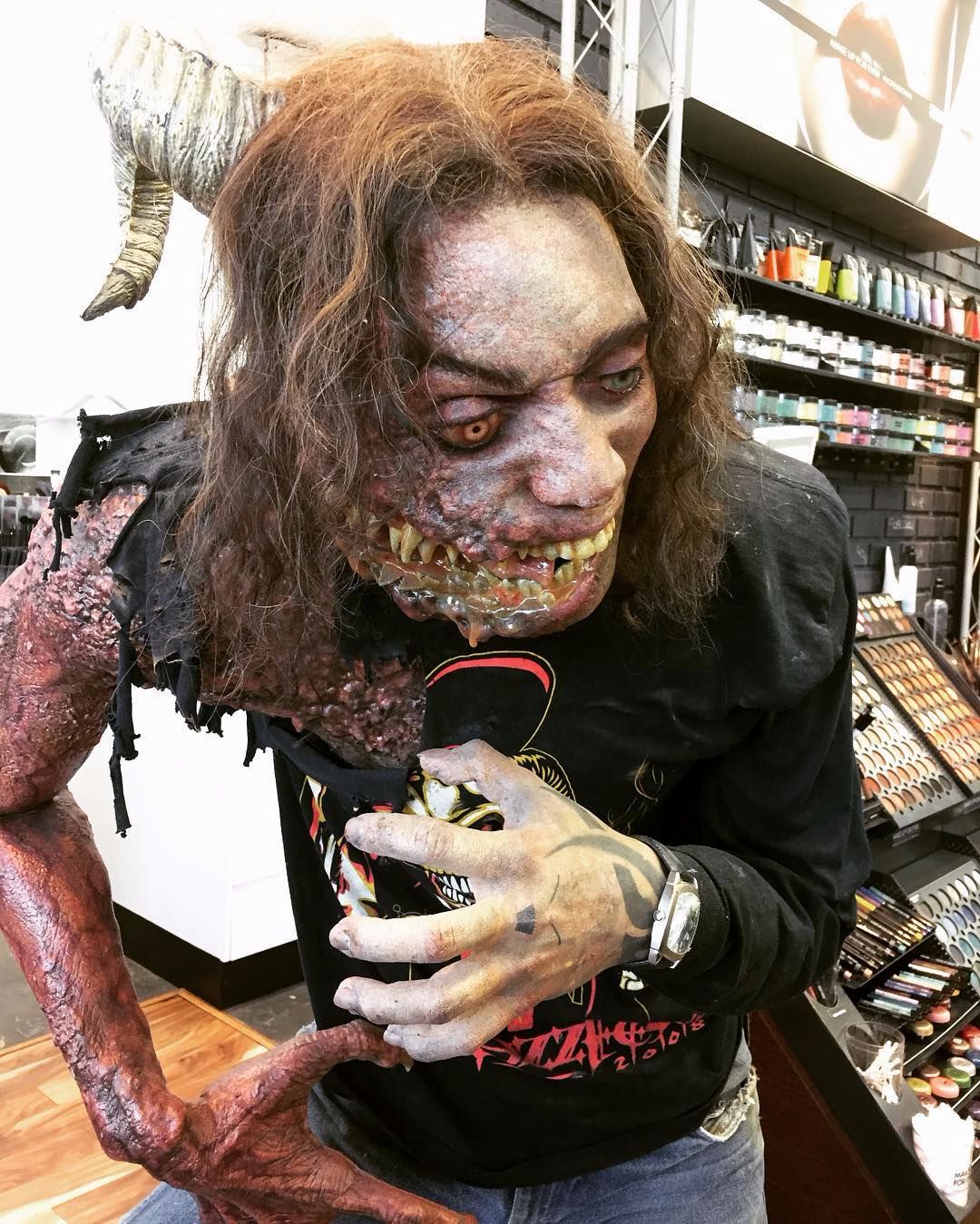 North Hollywood, $$
Quinten Cifelli: Frends is the hotspot for makeup artists in the area. Pro or semi-pro, they'll have precisely what you need for whatever look you're going for this year. High quality paints, appliances, and other tools of the trade. If you're working a haunt in the area, or ever need quality professional products on the go, Frends is the place to be.
Kelly Thorpe: Frends is a family run make-up store galore! Also another one-stop shop with everything you’ll need for your sparkly, sexy, dead zombie princess look …. Or whatever else you could possibly think of requiring special make-up or hair. Both stores supply professional make-up artists with everything we need for major Hollywood productions so they carry almost anything you can think of!  They often give a discount to certified make-up artists, hair stylists, and SAG-AFTRA actors, so don’t forget to ask!
Shaina Paulson: This is also another beauty supply/special effects store in North Hollywood similar to Nigel's. It has a wide variety of wigs, bald caps, special effects materials, and rows on rows of makeup/brushes/sponges. 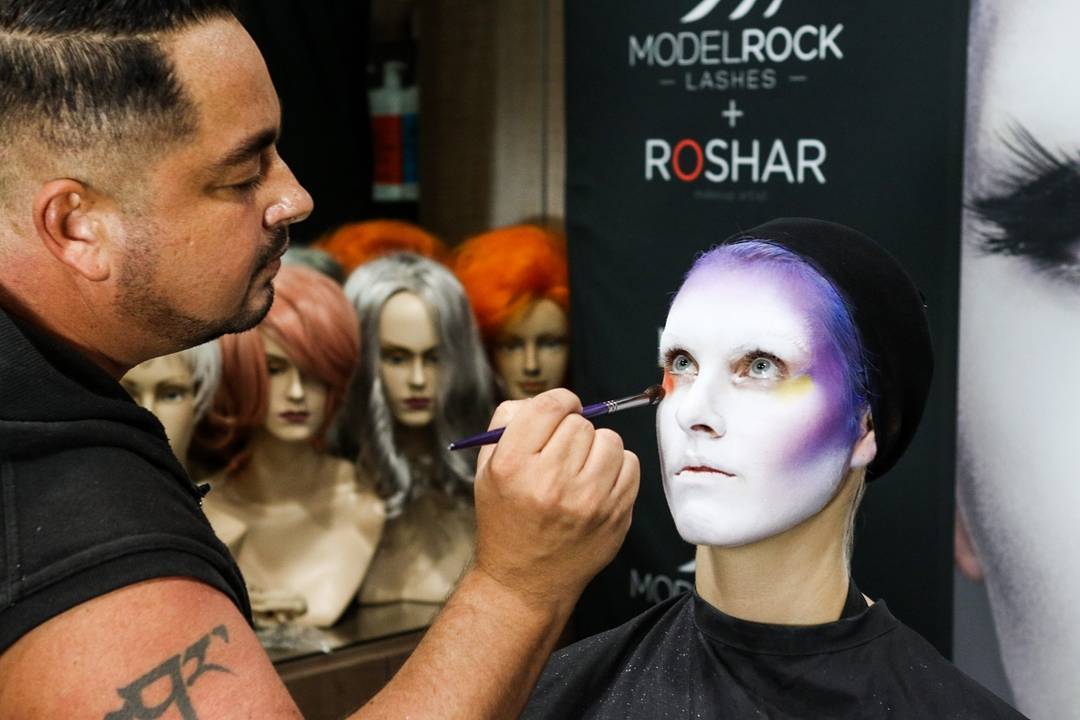 Burbank, $$
Patrick Glendening: Supply Sergeant in Burbank is a great military/camping supply store with a ton of military wear and vintage army helmets/masks. They’ve got a variety of military hats, badges, and goggles to mix and match with different costumes. A little specific for Halloween, but #1 if you’re dressing up as undead or military. 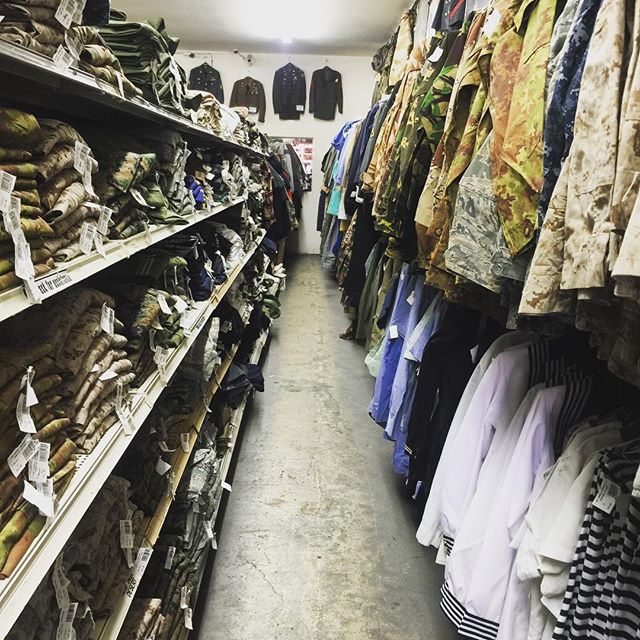 It's A Wrap Production

Burbank, $$
Quinten Cifelli: It's A Wrap offers an enormous selection of screen used and off scene costumes from film and television. From casual looks to bizarre looks, selection truly is key. Piece together your own masterpiece and the rest is taken care of. 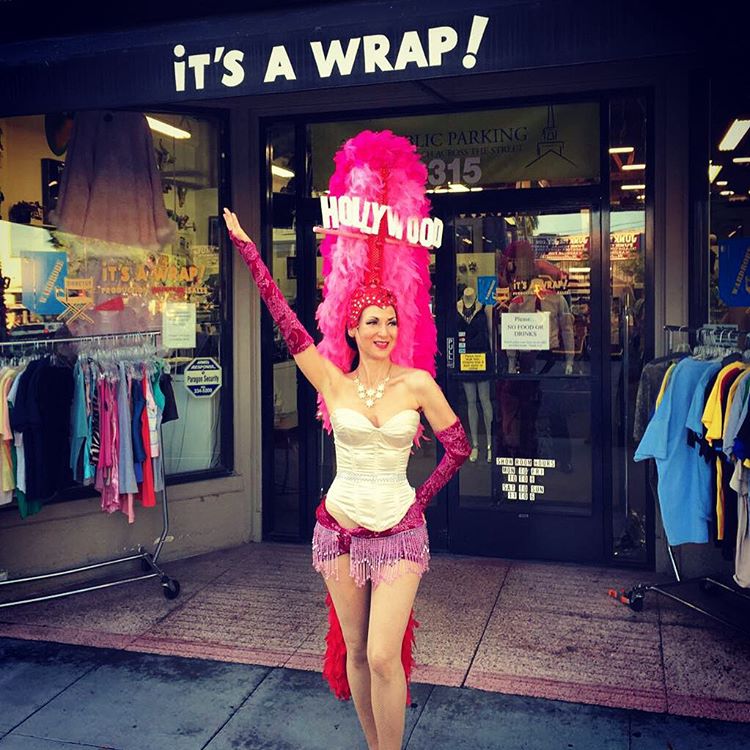 It's A Wrap. Image courtesy of @hollywoodbqfest

North Hollywood and Sherman Oaks, $$
Kelly Thorpe: Two stores on Ventura Blvd in Sherman Oaks and now Lankershim Blvd in NoHo, it’s a mix of used clothes and new costume pieces. Great for costume inspiration (it’s saved my butt many times for last minute pieces) or if you just want to find some cool funky clothes to stand out from the Hipster crowd in Silverlake (actually, you might end up looking more like a hipster…) 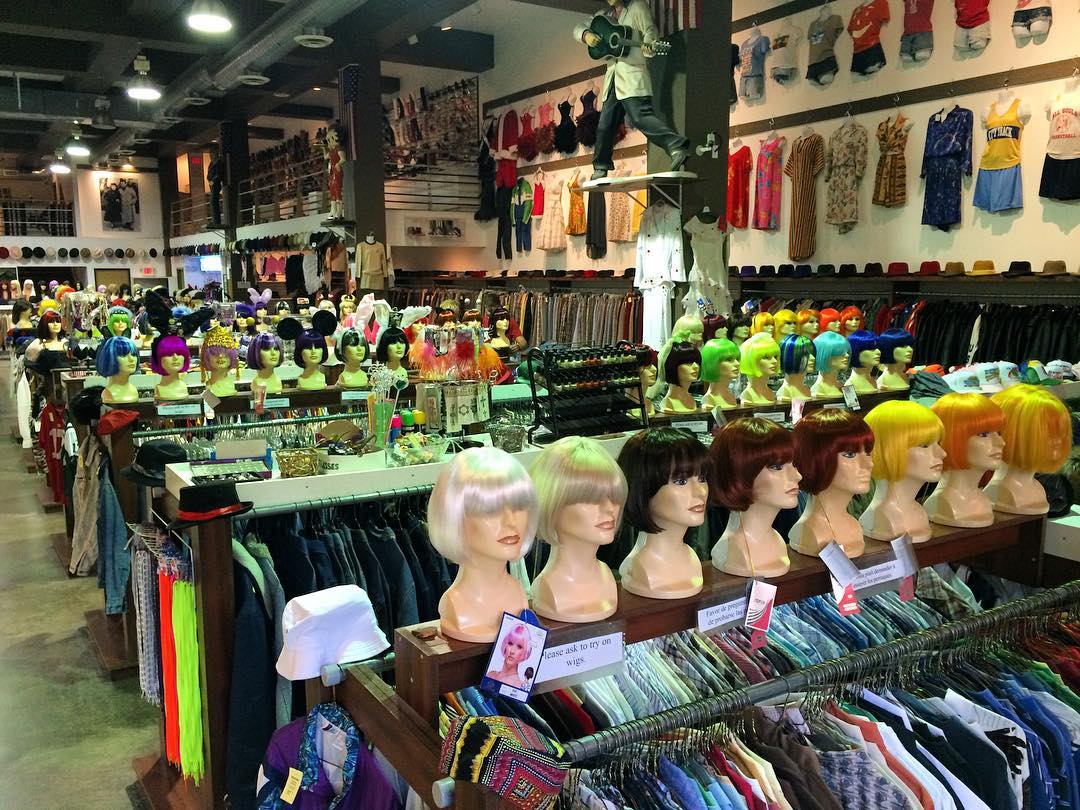 Hollywood, $$
Shaina Paulson: If you don't want to sift through all the chaos of Santee Alley to find stores and want something more for costumes than makeup at Nigel's and Frends, Bizzy B in Hollywood is a great costume shop. You can find fun Halloween costumes and accessories. 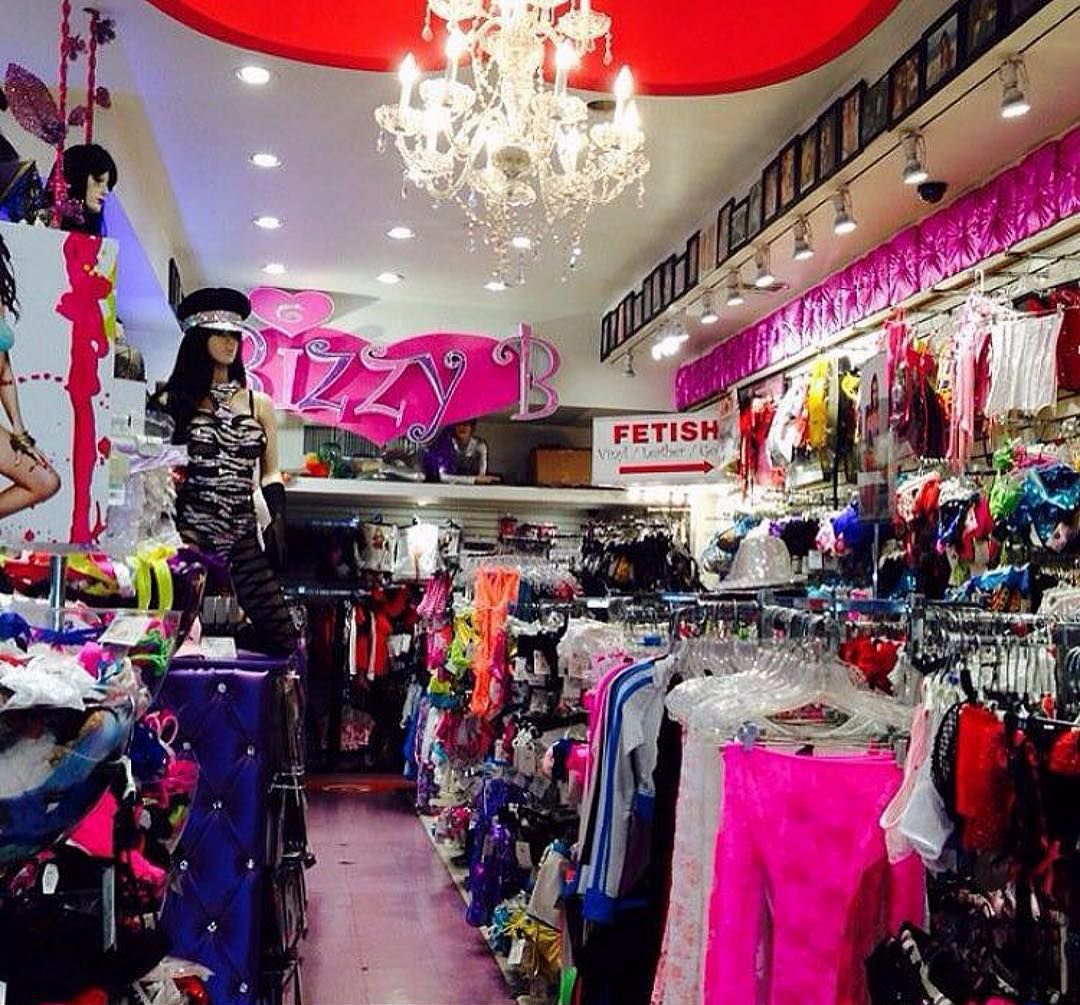 Bizzy B. Image courtesy of @thelaadventure

Burbank, $$
Quinten Cifelli: Not so much on the costuming and makeup side of Halloween, but for those of us who live the Halloween 365 mantra ... Dark Delicacies is a one stop shop for books, films, art, collectibles, jewelry, apparel and more. With special events for the diehard fans, to cute clothes for the kids, Dark Delicacies is a Halloween time treasure. 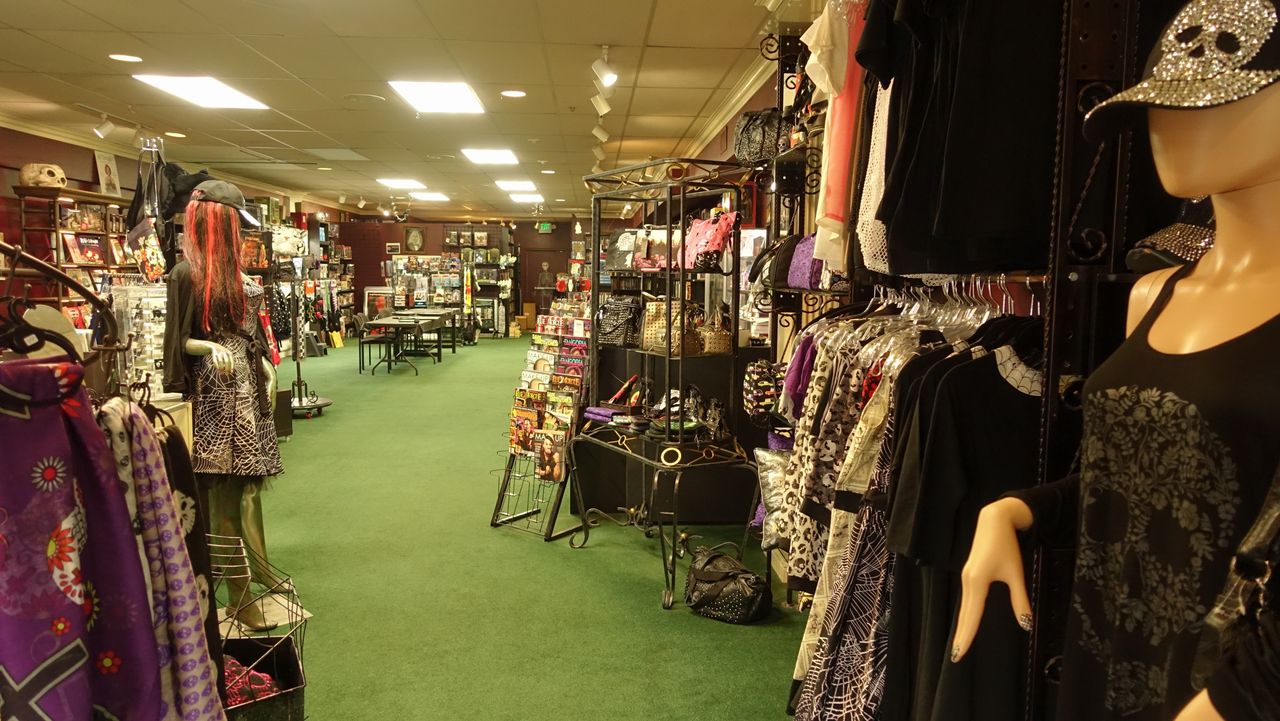 North Hollywood, $$
Patrick Glendening: Western Costume Supply rents period and character costumes for film productions year round, but for the month up to Halloween they have an area sectioned off for the public to rent from. You can find anything from barbarian costumes made from fur to 1800s vampire coats. It’s a great place to checkout if you want to rent an authentic looking costume. They have working set costumers nearby to help you find and fit your costume. 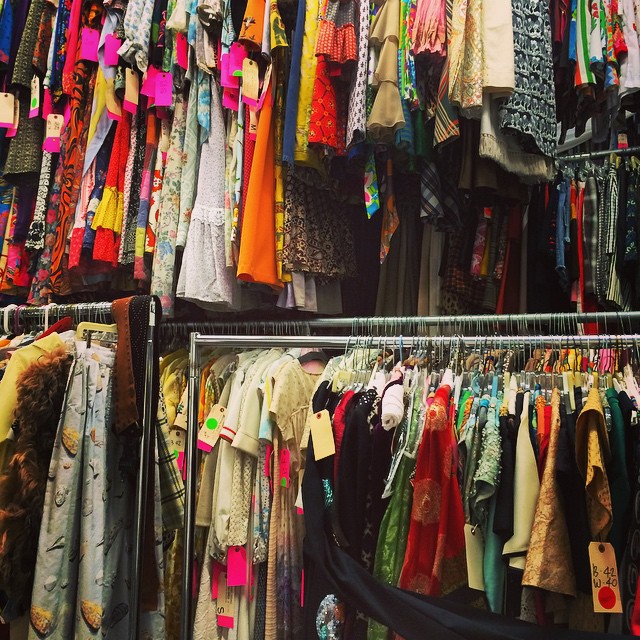 DTLA, $
Shaina Paulson: This is probably my favorite hidden gem of Los Angeles (in DTLA). In my personal opinion it's the best recommendation for any and all Halloween makeup, costumes, wigs, fabrics, crazy colored contacts, props, and anything else you can think of. The prices are ridiculously cheap that you pretty much can't find anywhere else. It's multiple streets/alleyways lined with stores. Many of the stores inside are Halloween themed this time of year and have candy, house decorations, costumes, etc. 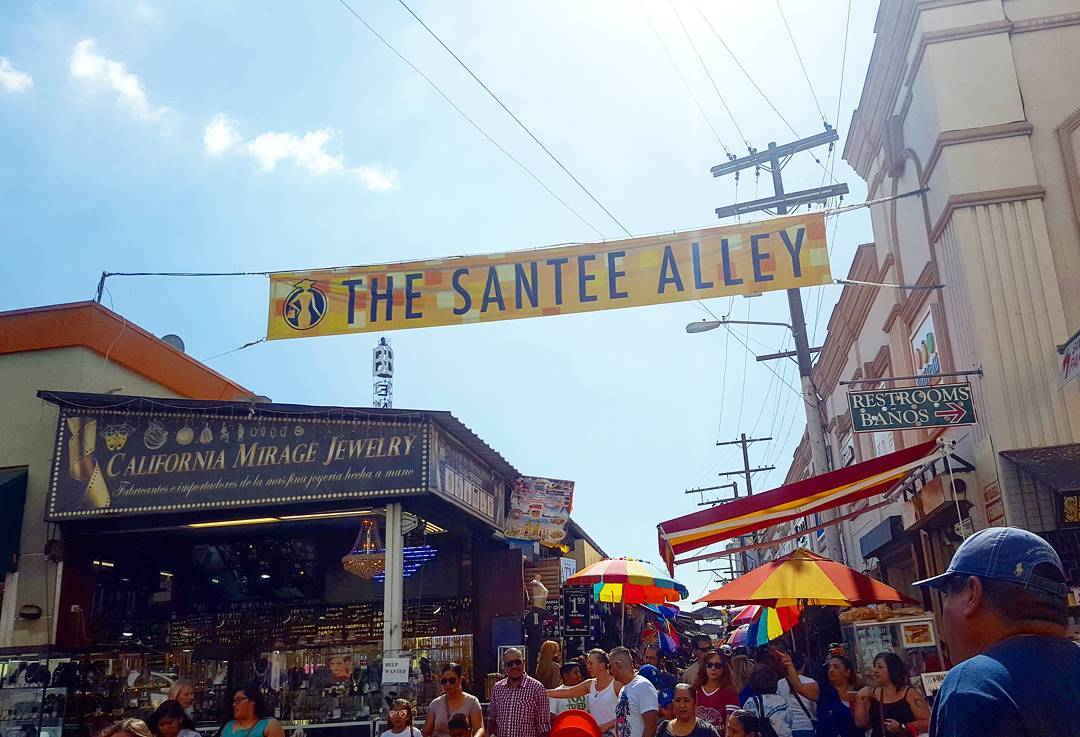