The summer olympics are upon us! Translation: from August 5 through August 21, even the meekest of humans will be doing keg stands, screaming at TVs and pulling out their hair in patriotic support of the sports we felt lukewarm about in high school.
If you’re lucky, you’re in Rio cheering and partying with the best of them. If you’re home in Los Angeles, you’ll have to find the best bars in town with a plethora of eats, drinks and HD TVs to watch Michael Phelps butterfly his way through the chlorinated waters of Brazil. But where?
The tables at Buffalo Wild Wings are too sticky, your mom would shun you for going to Hooters, and your mom’s basement has been off limits since she caught you doing things with a slice of pizza we can't repeat. Lucky for you, we got in touch with a brewer from Angel City Brewery in DTLA to ask him about his favorite sports bars in Los Angeles.
Before accepting a position with Angel City in 2012, Layton Cutler crafted suds at VLB in Berlin, Scotland, and all over the US. According to the brew master, at Angel City he learned that you can never judge a palette by its cover. 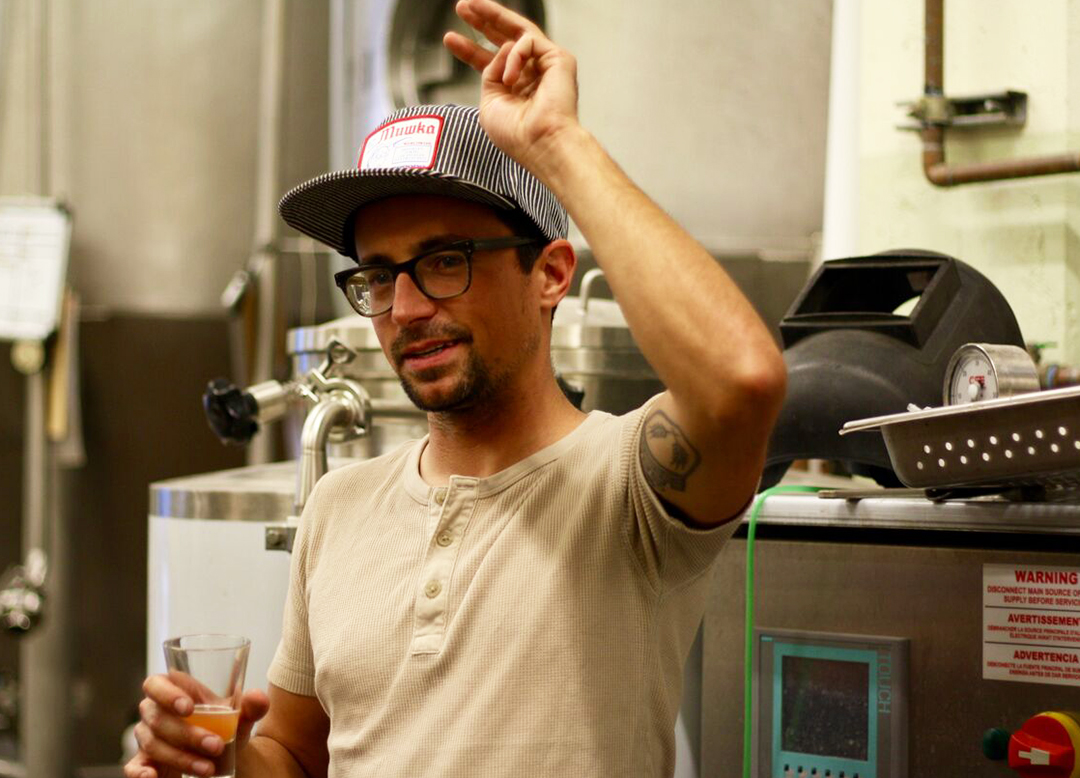 “We get people from all walks of life, and everyone has different tastes in beer. It is fun to educate new beer drinkers and intrigue seasoned beer drinkers with some off the wall beers,” says Layton.
The same "different strokes for different folks" philosophy applies to sports bars. Below, Layton lays out his favorites places to watch the game (or 100 meter dash) all over Los Angeles:
Get Citizine Updates Here

Layton Cutler: While we don't typically show sports, we will have some of the games projected in the Public House over the elevator with some great tunes playing and board games available for those who want to play some games while watching the games! 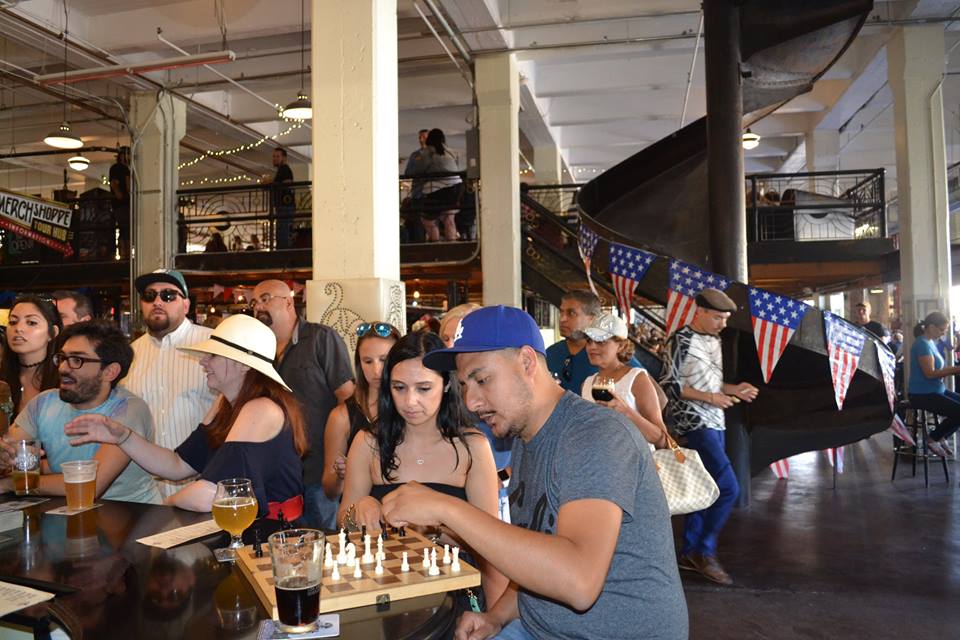 DTLA, $$
LC: The little hideaway downtown that has great food, good beers and with TVs inside and outside. I also dig the the old Wild West theme plus they have live music every night after 10pm. 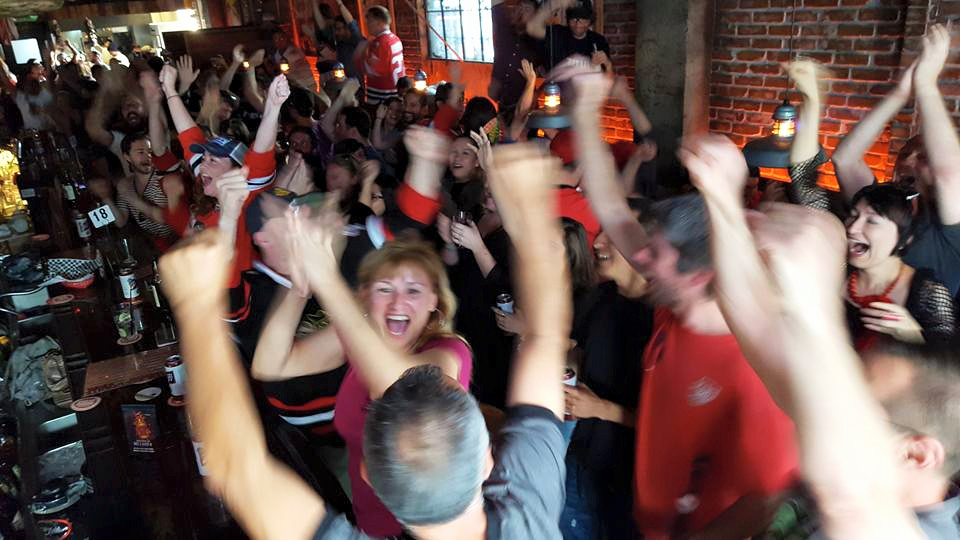 Celebrations in DTLA. Image courtesy of The Escondite (Hideout)

DTLA, $$
LC: With a stellar beer and spirits line up, how can you go wrong? They have multiple TVs, a big side patio and fantastic Asian-American fusion food that will fill you up. 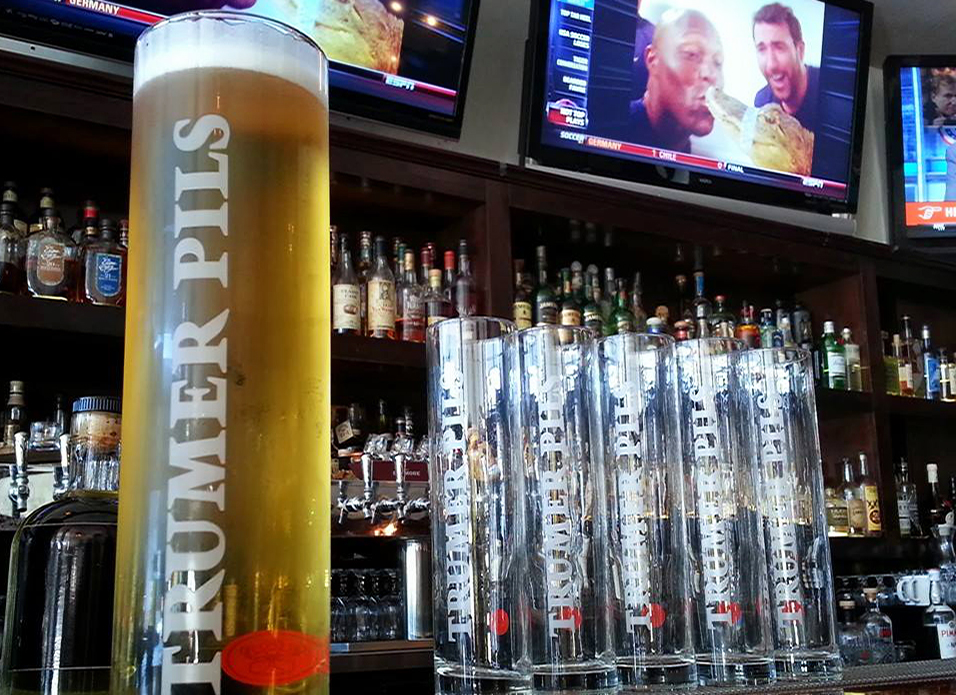 Hollywood, $$
LC: Right on Hollywood Blvd in Hollywood is this very large sports bar with tons of TVs and no less than 33 beers on tap. Who would have guessed? 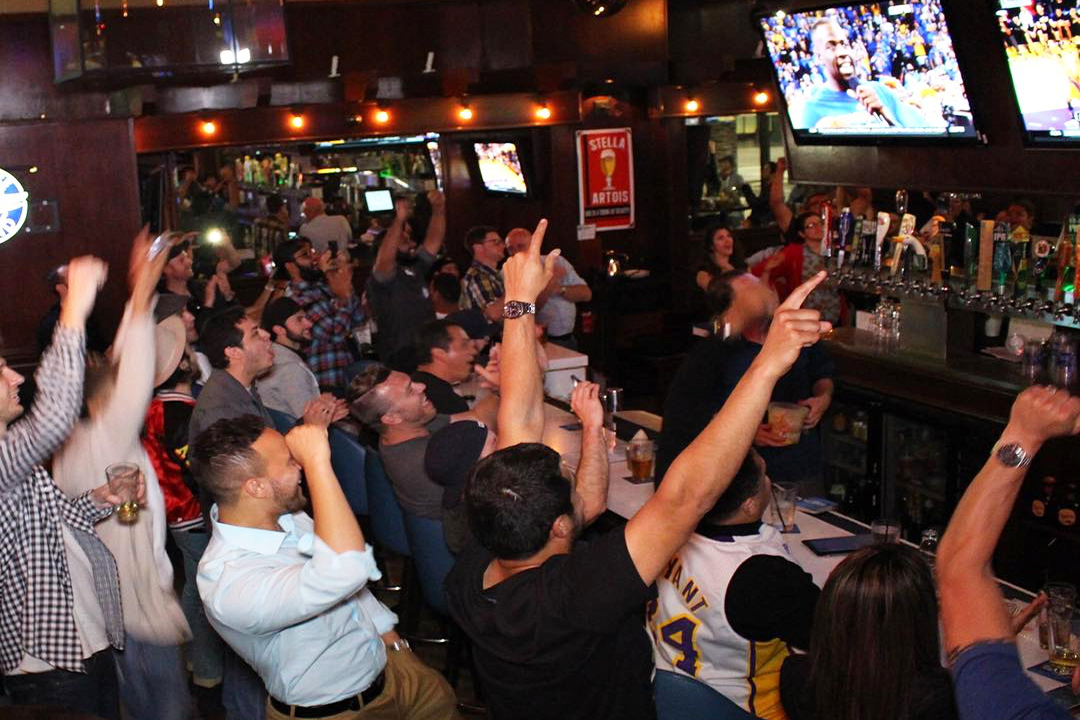 Some serious fandom at 33 Taps. Image courtesy of @33taps

LC: Just a short Uber ride from Angel City Brewery is Biergarten in Koreatown. They have a large screen projector and an extensive beer list that features Angel City’s Pilsner. A perfect duo for enjoying the Olympic Games. 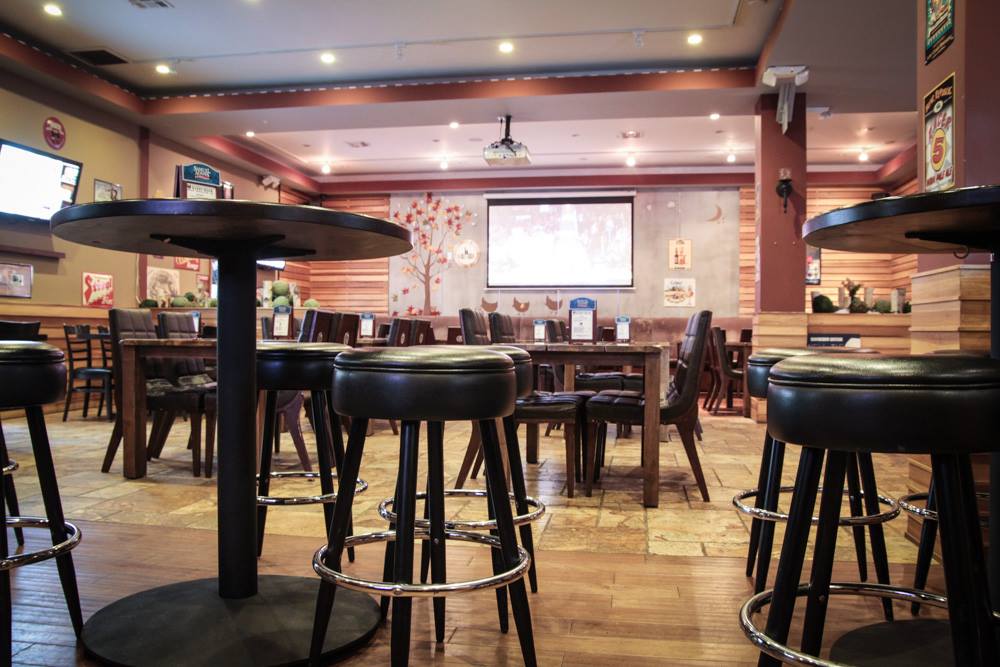 Be sure to try some of the Korean-German fusion offerings. Image courtesy of Biergarten

According to the founder of Umami Burger, Biergarten's burger ain't too shabby ...

DTLA, $$
LC: Every time I stop by I always order the Duck Fries—the perfect pairing to a cold pint. They have multiple TVs which means we can watch more than one game simultaneously. 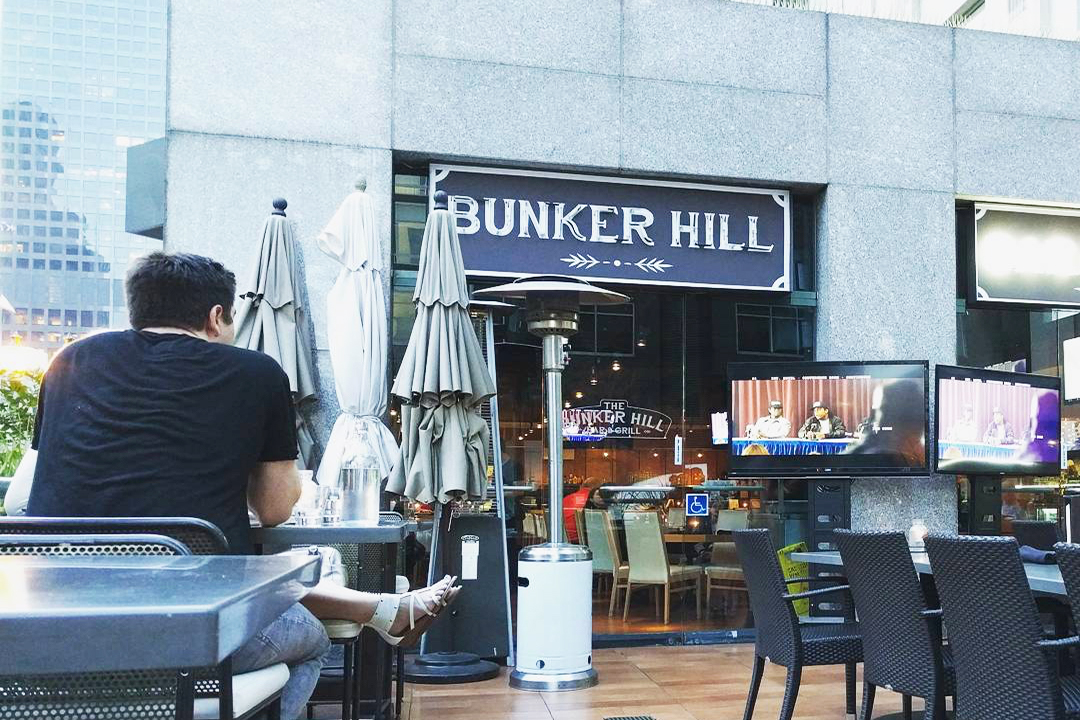 The perfect happy hour spot in the heart of DTLA. Image courtesy of @mattgers

Echo Park, $$
LC: This spot in Echo Park is pretty cool! They have over 70 draft beers, interesting cocktails, a menu to please all and, everyone's favorite, a photo booth. 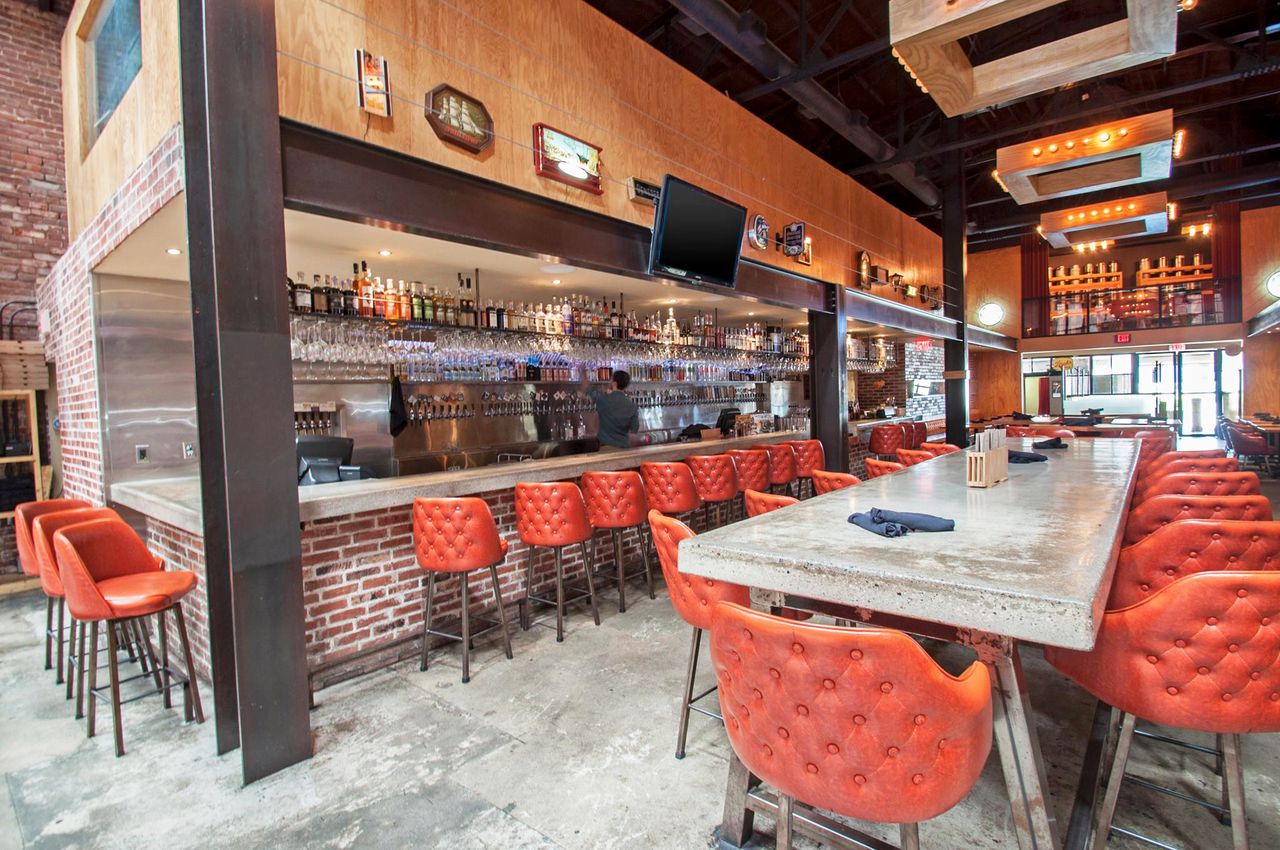 Arden Shore is a writer, dot connector and sock collector from Los Angeles. Her favorite olympic sport is dressage, which is far less stressful to watch than swimming or track & field. Follow her meanderings on Instagram @ardyparty and Twitter @ardyparty_.
Header image courtesy of 33 Taps