Happy Hour—music to almost anyone’s ears, except of course for our sober or vegan friends. “What?” I hear you say. “Isn’t all booze vegan?! It's just fermented grapes and grains?” Au contraire, my friend. Not all are animal-free.
Plant-based lifestyle advocate Tim Moore AKA @veganfatkid sets us straight:
“Most people don't know that isinglass (fish gelatin), gelatin, and egg whites are often used as clarifying agents in beer and wine, while some liqueurs contain honey, milk or bone-char filtered sugar.”
So what’s a vegan to do? Miss out on 5 p.m. fiestas? Sit in the corner sipping cold brew while the omnivores munch on wings and knock back $5 Moscow Mules?
Thankfully, Los Angeles has a somewhat-off-the-radar penchant for vegan happy hours. Tim reveals where to find them and what to order, snacks included. Your only issue will be deciding between the Juniper Kaletini or Hibiscus Margarita.
Get Citizine Updates Here 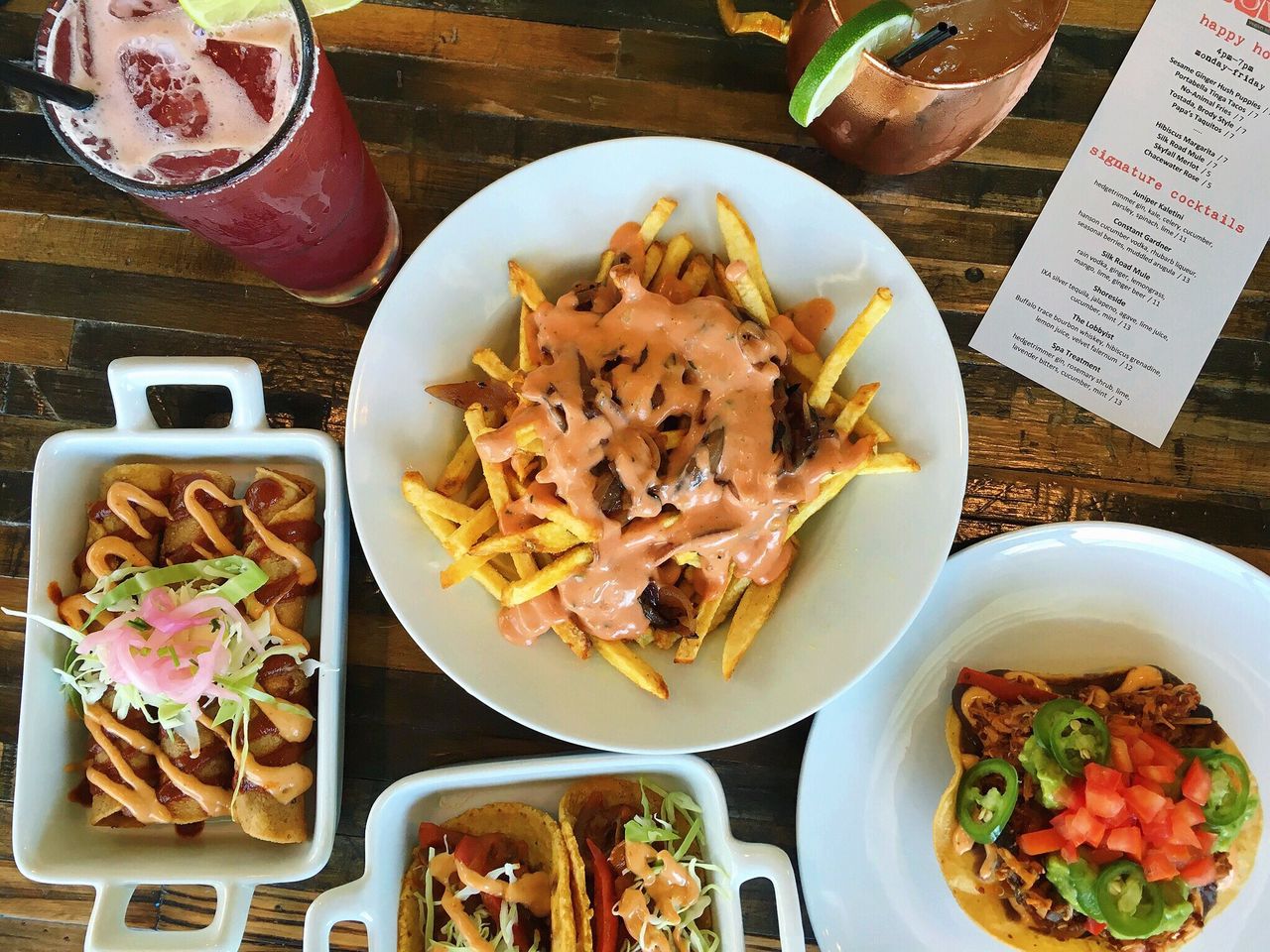 West Hollywood & Pasadena, Glass of Montepulciano $6, Not-Chos $7
Happy Hour: Mon-Fri, 4-7pm
VFK: This all-vegan all organic spot serves up some of my absolute favorite vegan eats in Los Angeles, so it's no surprise that they also offer a mean Happy Hour! Executive Chef Tara Punzone has carefully paired bite-sized versions of her tasty classics with a series of high-quality vegan beers and wines. This comes in extra handy when you're trying to decide which drink pairs with the best vegan nachos in town!
Stand outs - Montepulciano & Not-Chos 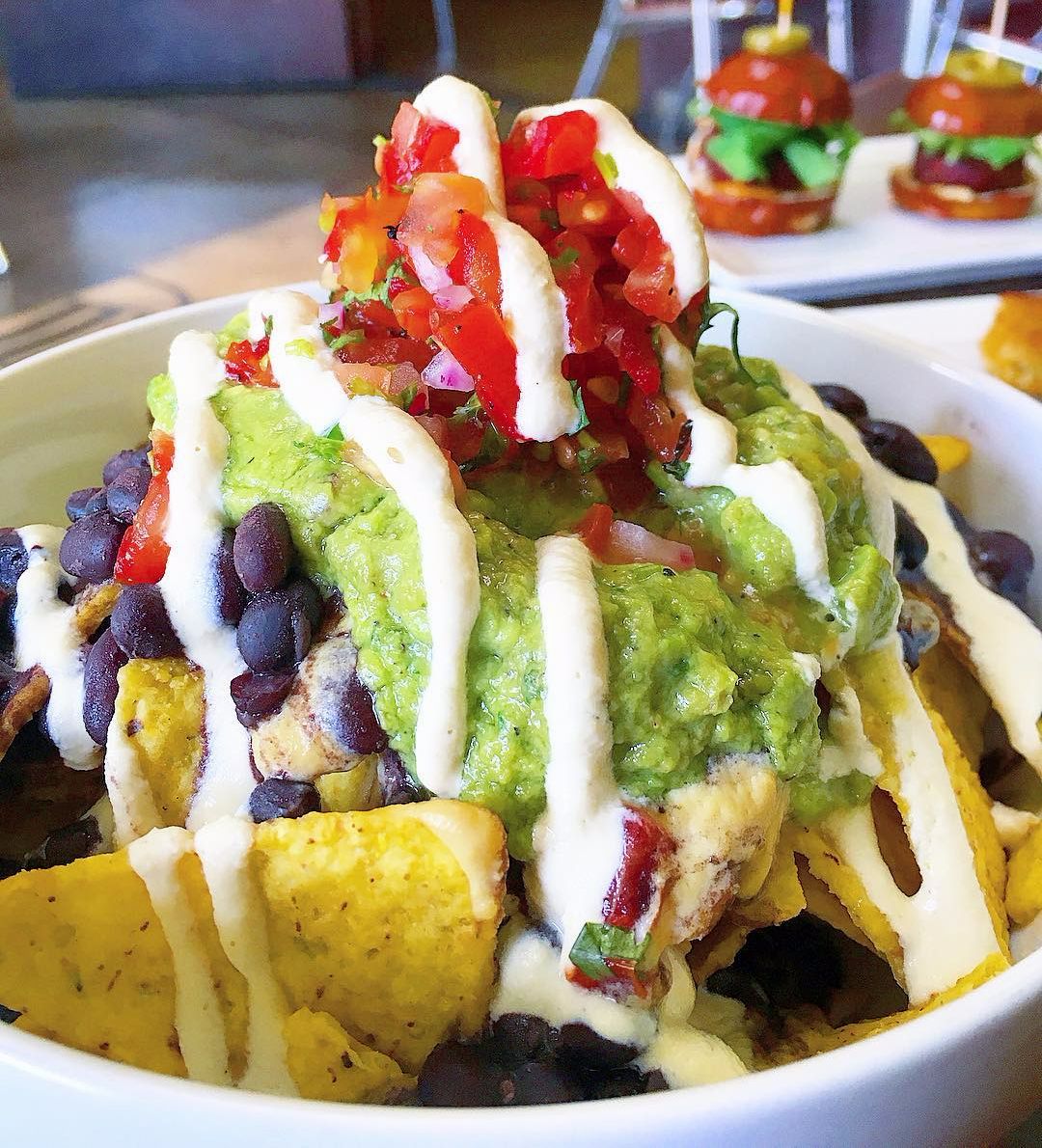 Beverly Grove, La Bonita cocktail $8; Soyrizo Asada Tacos $8
Happy Hour: Mon-Fri, 5 - 7 p.m.
VFK: If you like attractive people, hip interiors and vegan tacos, then Toca Madera might be your spot. Get in right at 5 p.m., get a seat at the bar and be sure to tell them you're vegan—they'll pull out their separate super secret vegan menu. The Happy Hour options are cool, but I suggest adding in their signature Churro Ice Cream Sandwich (because, Churro Ice Cream Sandwich).
Stand outs: The La Bonita cocktail & Soyrizo Asada Tacos 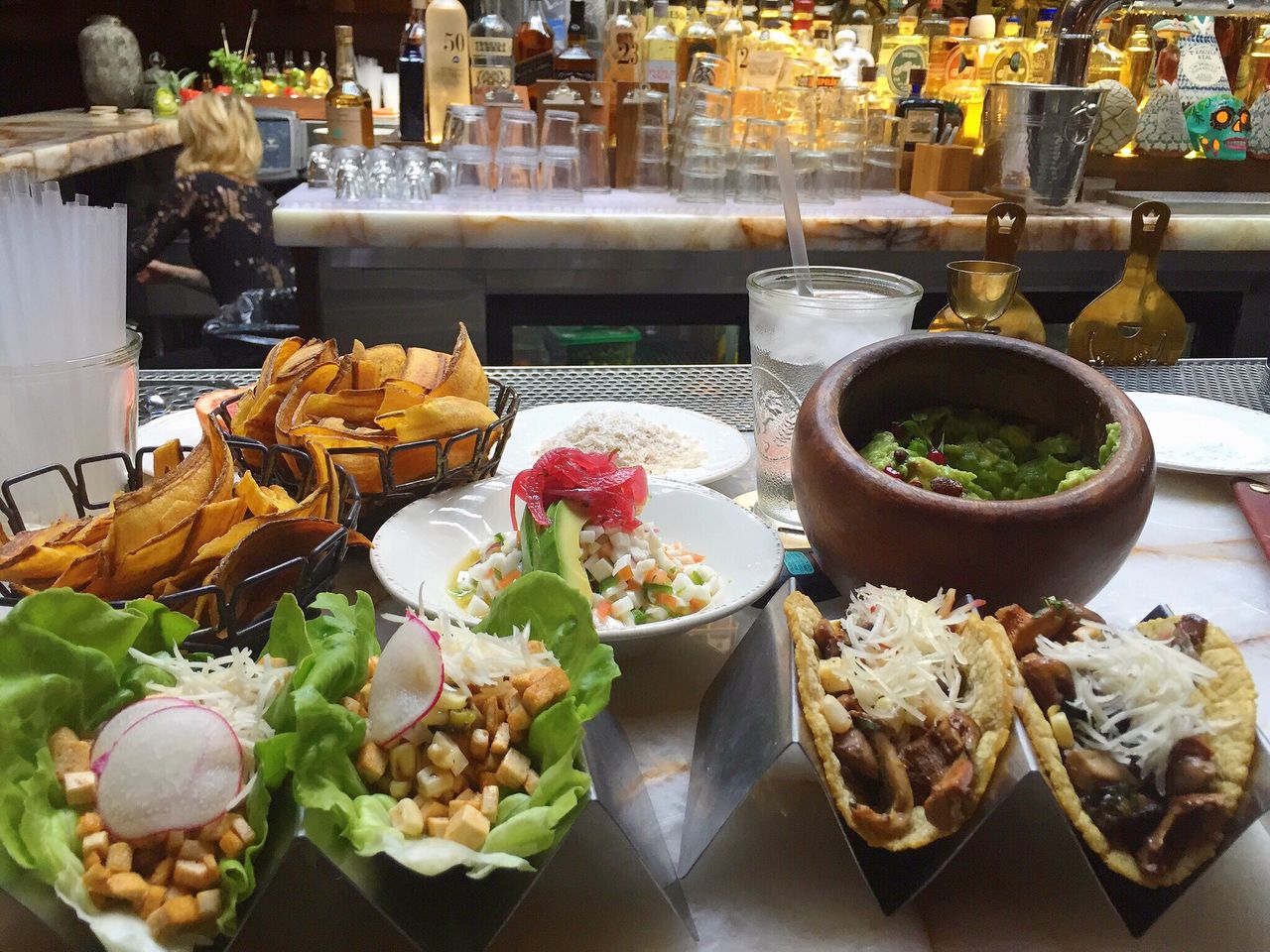 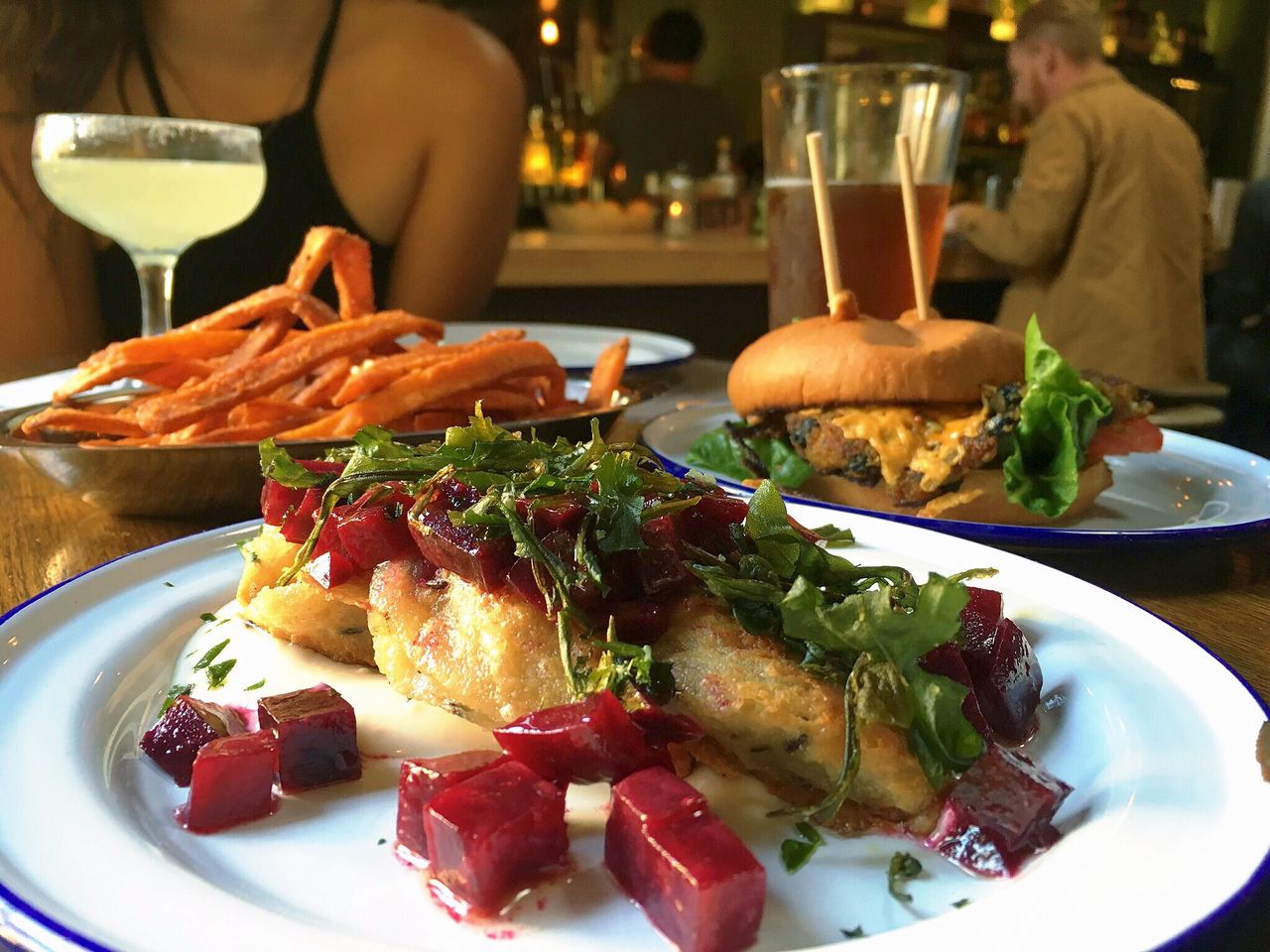 Echo Park, Whiskey Business $8, Garlic and Herb Pizza Dough Twists $5
Happy Hour: Mon-Fri, 3 - 7 p.m.
VFK: If pizza is your after work go-to, then I've got you covered. Not only does Mohawk Bend boast the biggest vegan Happy Hour menu of the bunch, but they offer you a Late Night one too! For all you insomniacs and party animals this is your spot! Pizza, beer, garlic twists and dessert they even have TVs to catch the big game.
Stand outs: Whiskey Business & Garlic and Herb Pizza Dough Twists 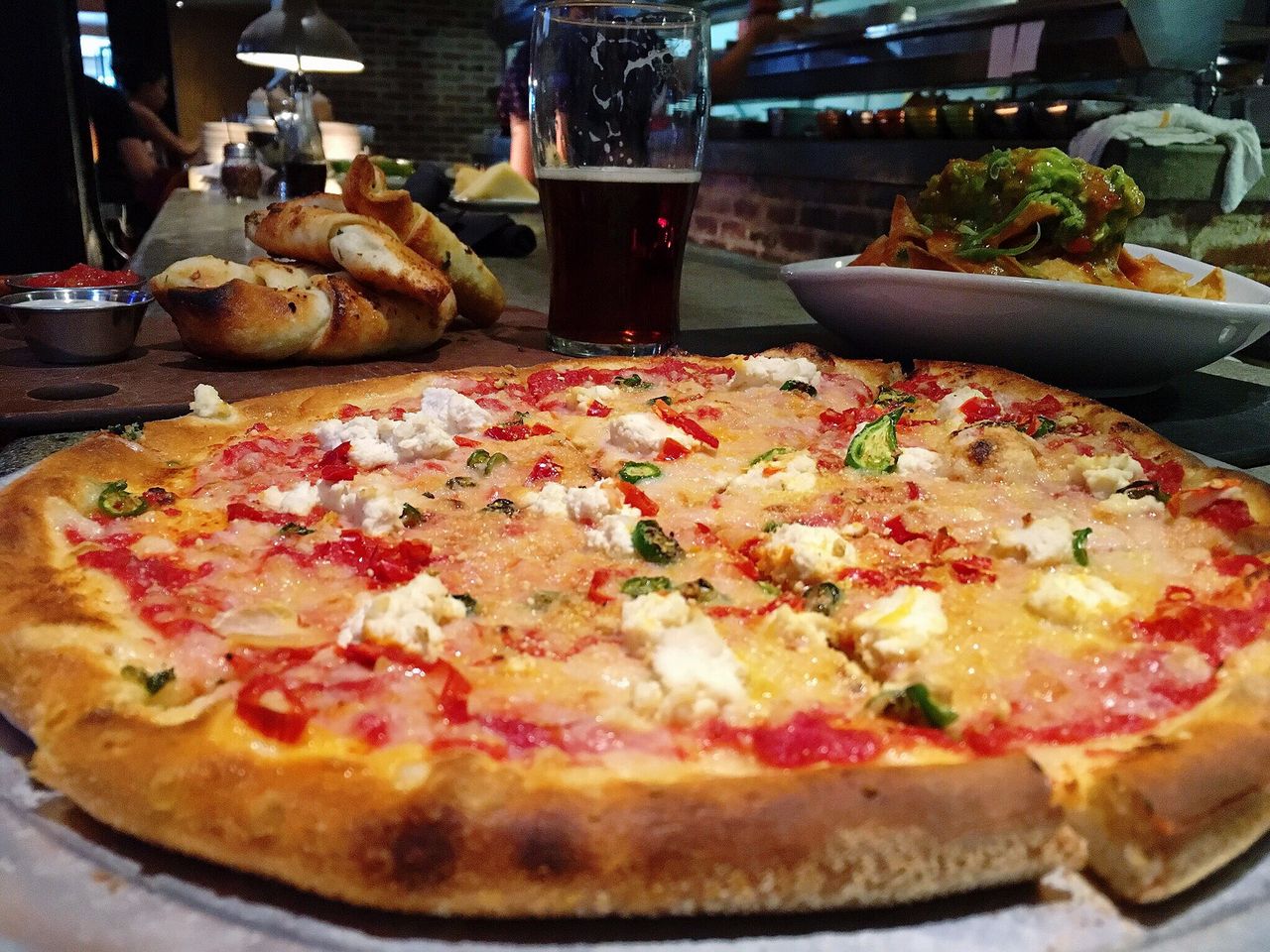 DTLA, Skinny Margarita $9 & Vegan Super Nachos $9
Super Nacho Hour: Mon-Fri 5:30-7pm, Mon-Sat 10pm-close, Sun 3-5:30pm
VFK: When you’re happy hour is called "Super Nacho Hour" you better believe I'm going to check it out! Located in one of the coolest parts of Downtown, this modern Mexican gastropub offers clearly defined vegan versions of their classics. I recommend starting at the bar with the Happy Hour menu and then migrating to their main dishes. Their Cashew Poblano Queso and vegan Amá Enchiladas are not to be missed!
Stand outs: Skinny Margarita & Vegan Super Nachos 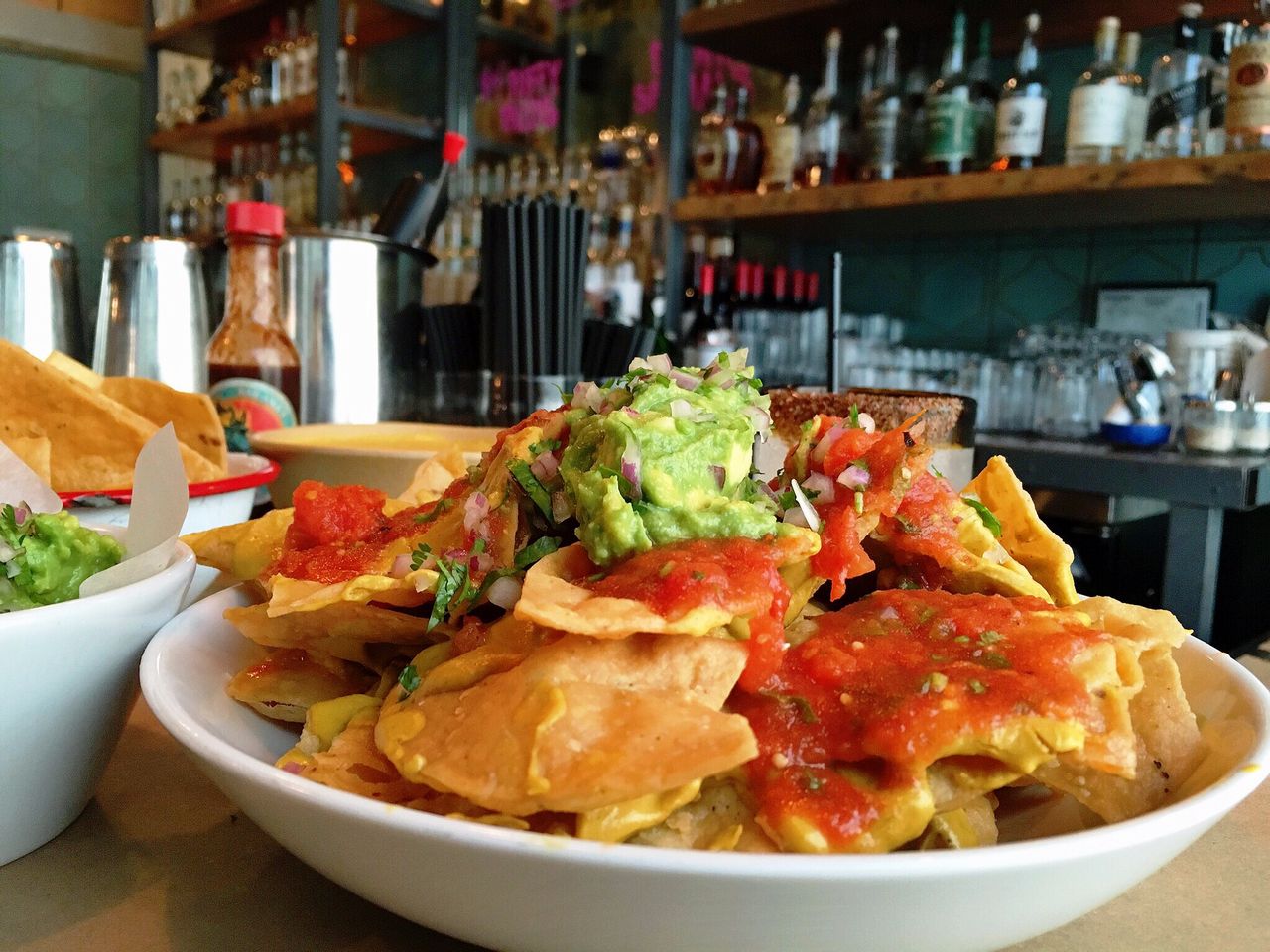 DTLA Arts District, Soju cocktail & vegan Ceviche combo $7
Happy Hour: Mon-Fri 3pm-7pm, Sat-Sun 4pm-7pm
VFK: If you're checking out the vibrant Arts District then you might want to start out at Zip Sushi for their Happy Hour special. Their $7 food and drink combo lands you a cocktail / beer with one of their two vegan options (an award winning Seaweed Salad or a vegan Ceviche). Now you may be thinking that's a short list, but trust me, this is the perfect opener for a night on the town. Also be sure to check out the hidden back patio.
Stand outs - Soju cocktail & vegan Ceviche 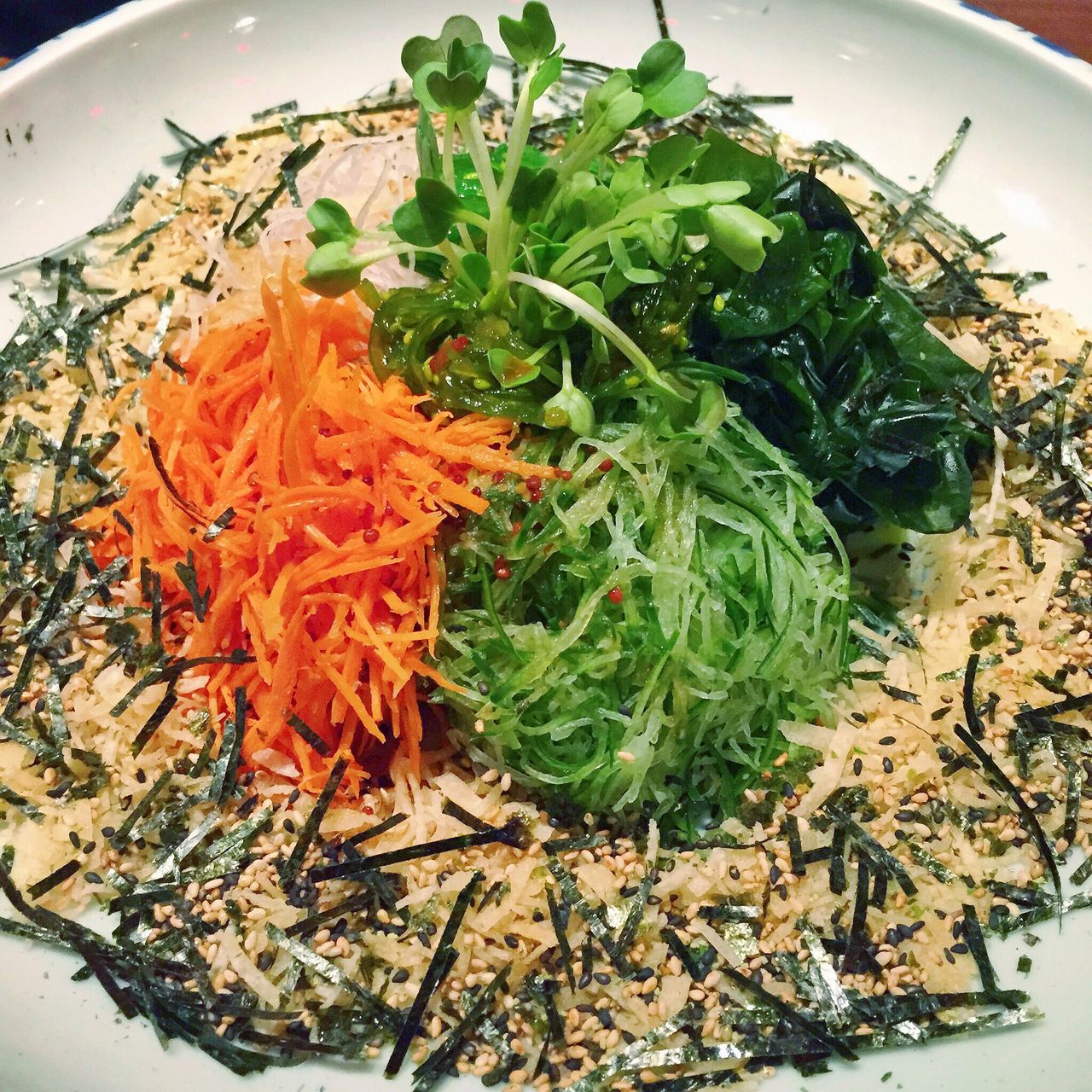 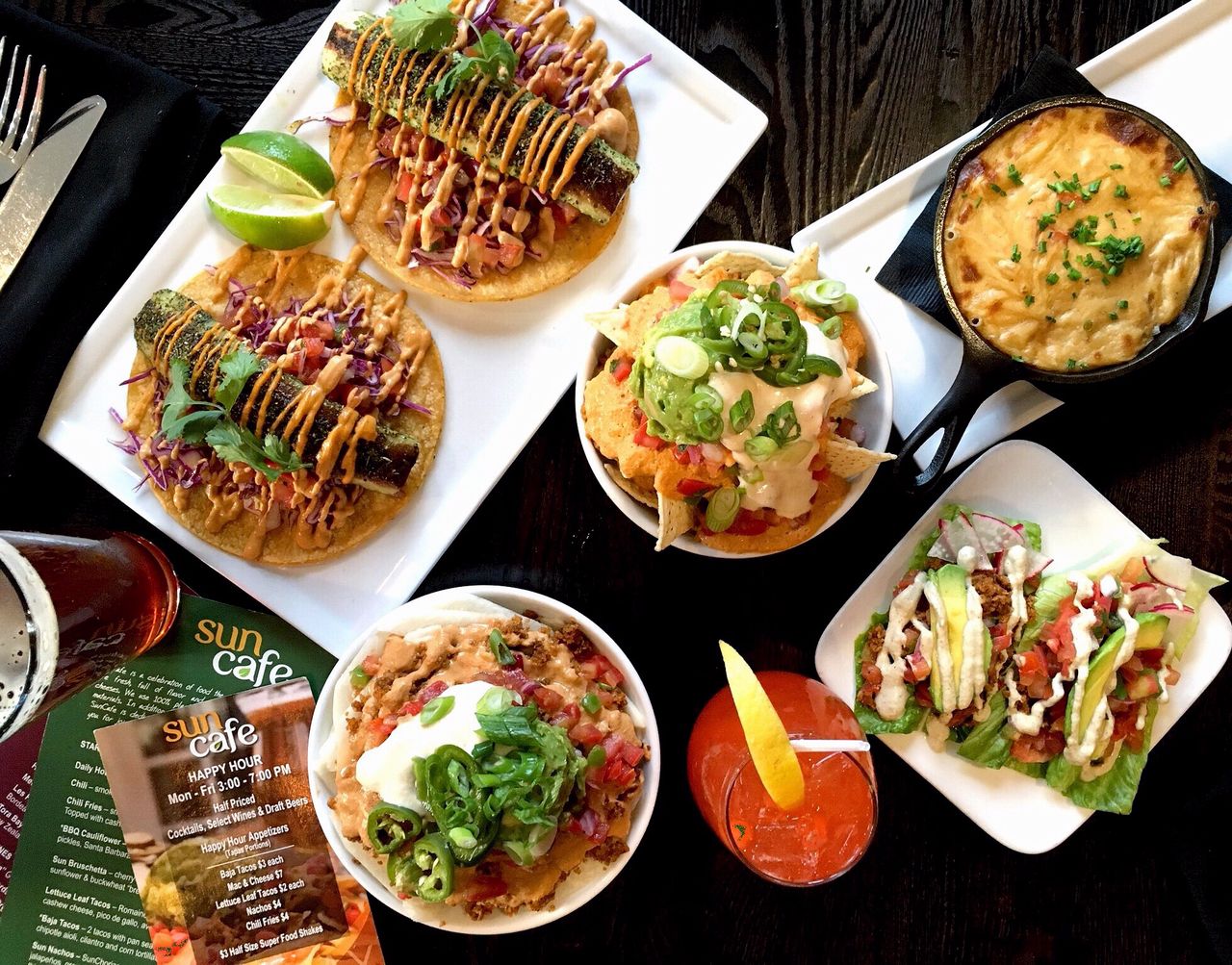 For more VeganFatKid food recommendations in LA, check out:
Top 10 Vegan Breakfasts
Belinda Gosbee is an Aussie writer, actress and coffee snob based in Los Angeles. Follow her jaunts on twitter @belindagosbee or instagram @gos22
All images courtesy of Tim Moore