Best Food Trucks in LA and the OC from Daniel Shemtob

He hasn’t attended Le Cordon Bleu nor has he cooked under any Michelin-starred chefs. Chef Daniel Shemtob did, however, start The Lime Truck at the spry age of 20, win season two of Food Network’s The Great Food Truck Race, and proceed to open four brick and mortar locations of The Lime Truck—TLT Food—across LA and the OC before even hitting age 27.
Despite such an impressive list of accomplishments, Daniel is down-to-earth as ever, which I experienced first-hand when we chatted over lamb sliders, short rib grilled cheese, brussel sprouts and ceviche nachos (food babies ensued) at TLT Food in Westwood. His dedication to the perfect union of ingredients is evident, as his menu items are well-balanced and wholly unique flavor bombs difficult to peg into a particular genre of cuisine. Daniel doesn’t cook standard American, Mexican, Asian, or Middle Eastern fare, but a sweet combination of all the above.
“It’s Californian—so, it’s really just whatever I grew up with and have access to in Southern California,” Daniel tells me while reflecting on growing up in Orange County AKA easy access to ethnic hole-in-the-wall markets and cafes—special shoutout to Brookhurst Street in Westminster where he gets his Vietnamese fix.
Get Citizine Updates Here 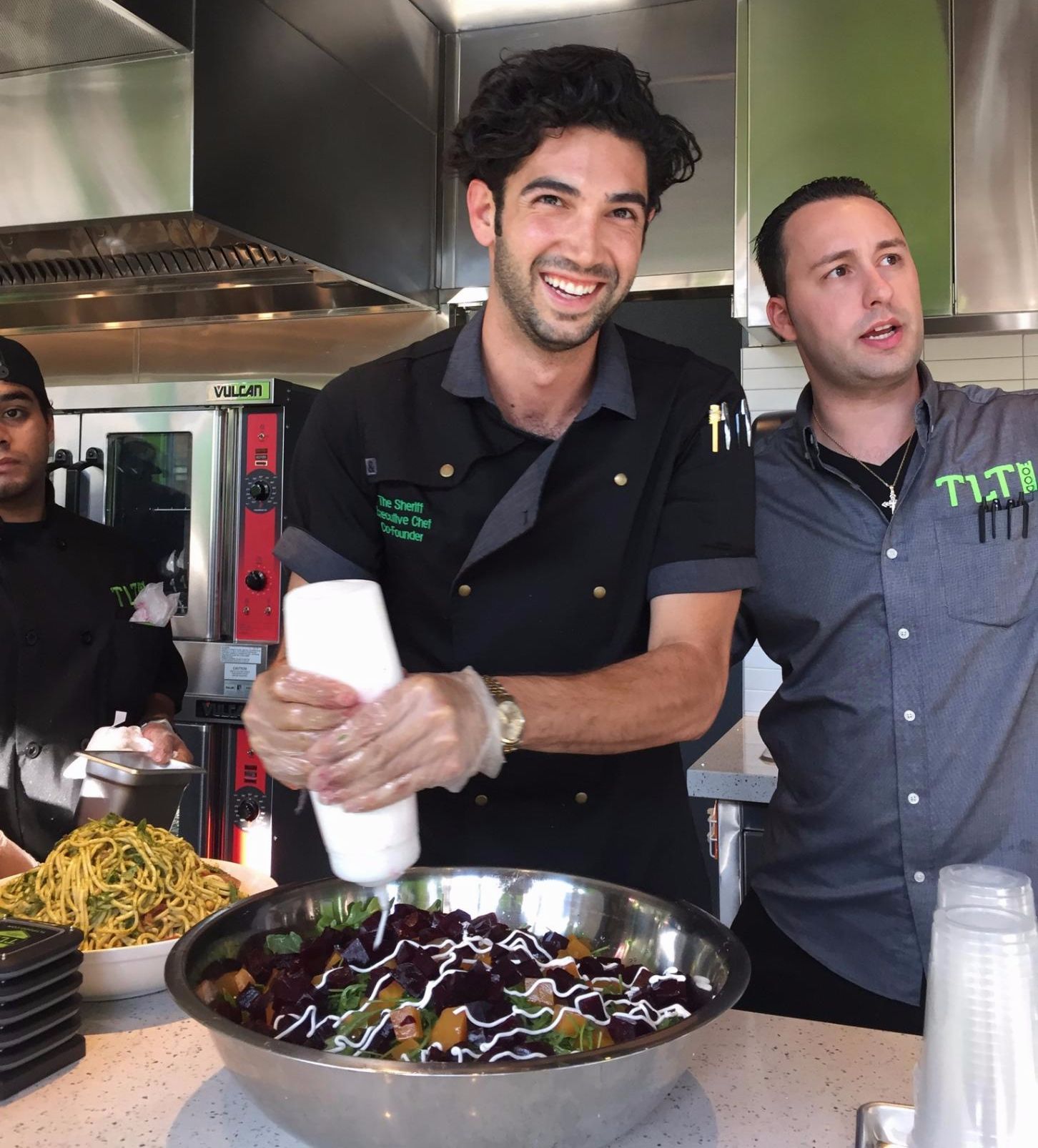 Daniel also makes light of his lack of formal training, citing an experience where his line cook told him “it’s wrong” to mix a particular ingredient into bechamel. But to the old-school rules he says, “You can do whatever the fuck you want! We're cooking—we're not running a tight French kitchen!”
And perhaps Daniel's “no fucks” attitude is the reason he found success in the (then) uncharted frontier of the SoCal food truck scene. On Daniel’s first day giving the The Lime Truck a whirl in 2010, he didn’t even realize he needed to buy propane, let alone how to handle a rush of finicky customers who demand gluten-free substitutions and burgers cooked just so. But Daniel experiments with —The Lime Truck has seen over 700 items on its menu—and is honest with himself about what tastes good and what doesn’t. He also has ethics. Unlike other food trucks who shall not be named, The Lime Truck will not serve you reheated Costco food, because in Daniel’s humble opinion, the food truck as a platform is all about giving chefs the opportunity to cook chef-driven food from scratch without the corporate risk factor.
We’re sick of mediocre food trucks and Daniel is too, so we asked him who’s still doing it right in LA and the OC:

Daniel Shemtob: If you've never been before, you've got to try the Mexican street corn. If we're running it, the ceviche is really good. We're also known for our carnitas fries—they're the only thing we've done since day one. Whenever we take them off the menu we get hate mail! 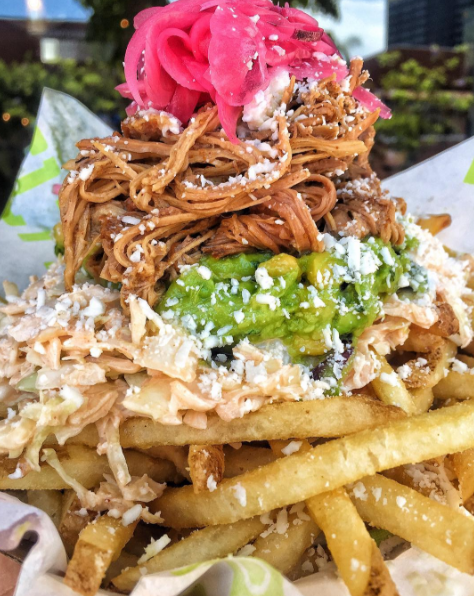 DS: Wes Avila isn't reinventing the wheel, he's just put his heart and soul into something and delivering upon it. It's really good. 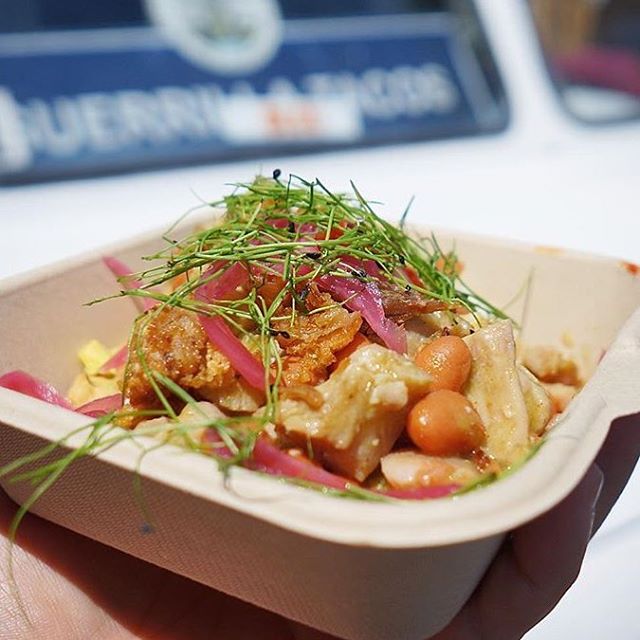 DS: They switch it up every time, but I order their tacos and whatever sides they're doing. 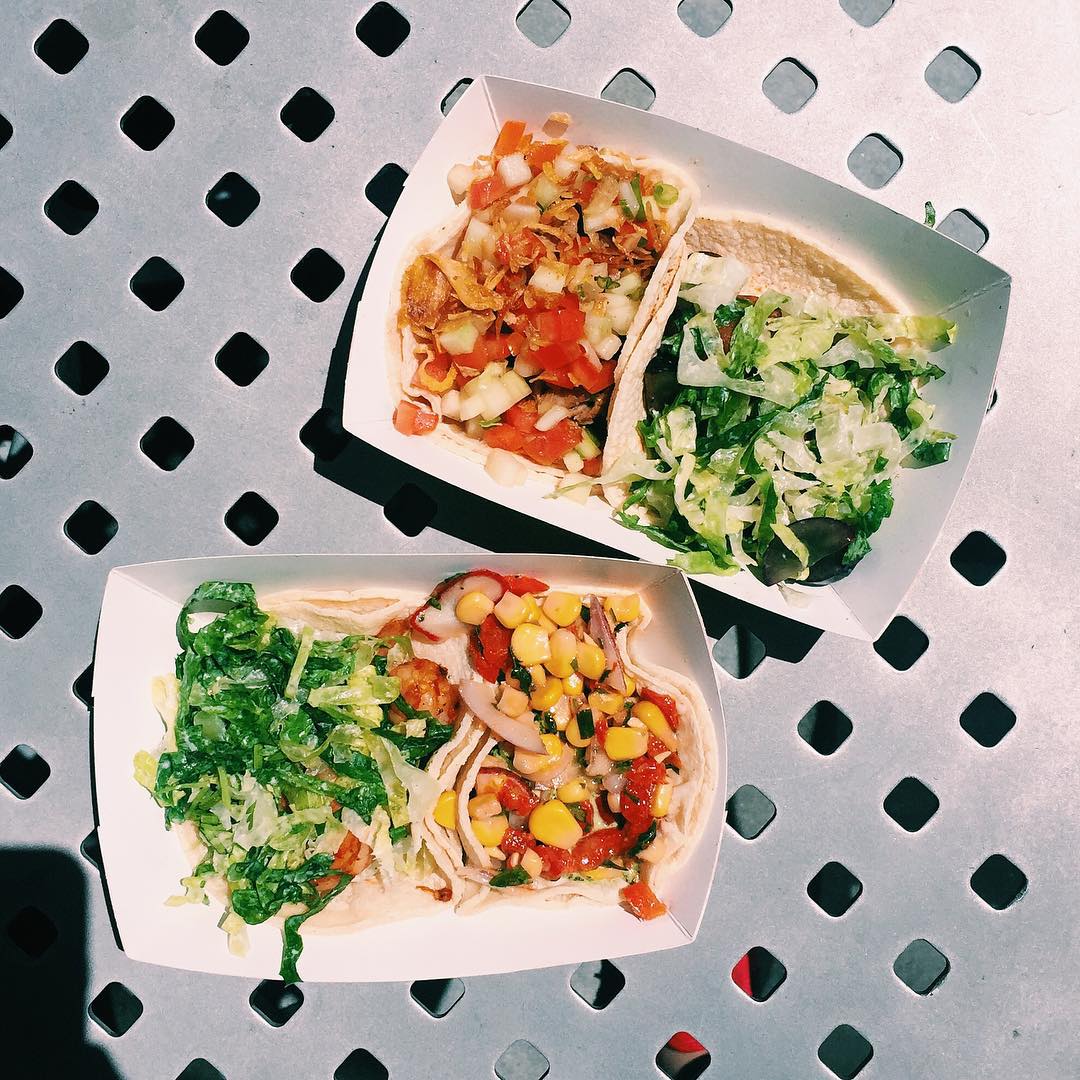 DS: I order the Blackjack Quesadilla, some short rib tacos. Roy Choi kills it flavorwise, even if you don't feel so great an hour later. 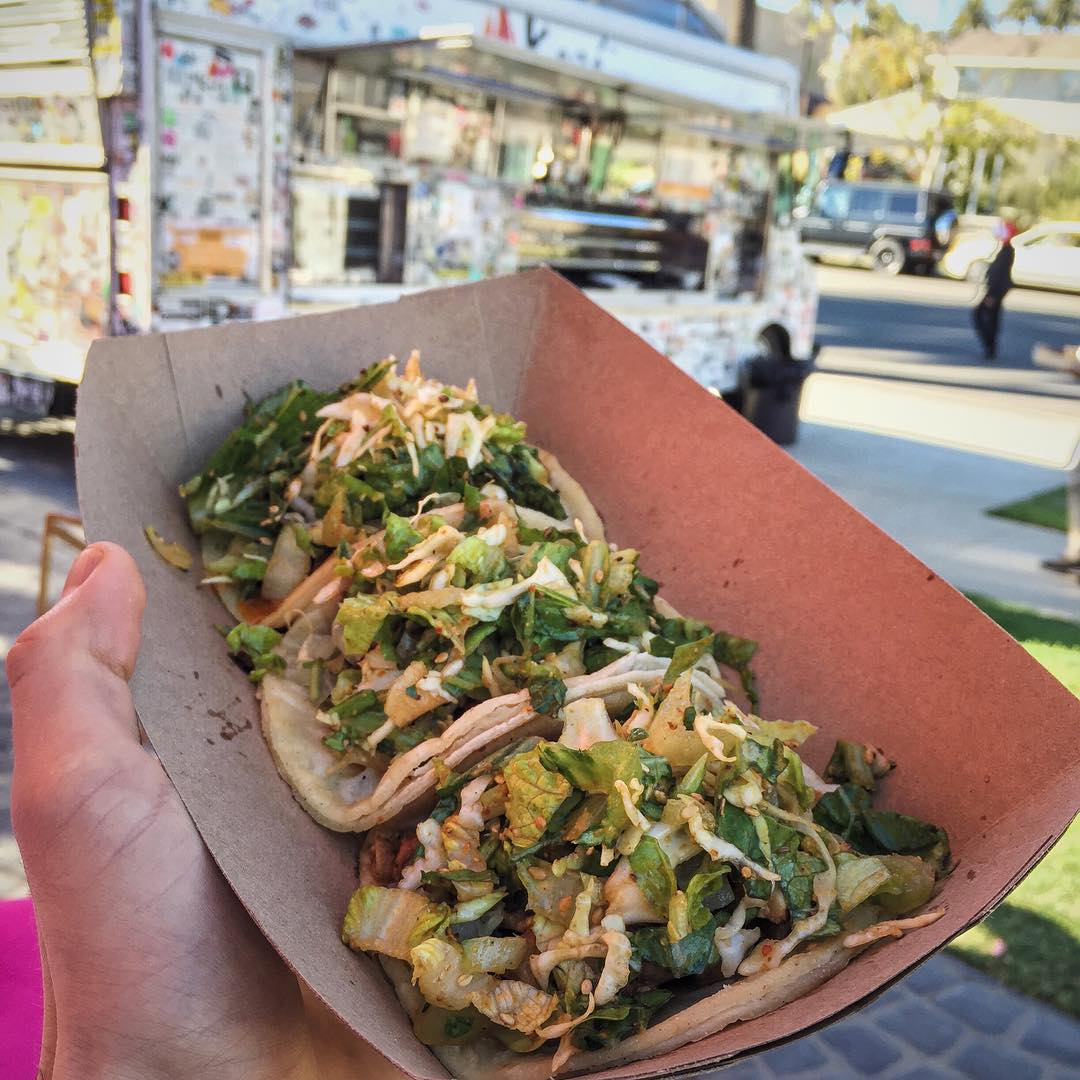 DS: I love Greasy Wiener. I have the most fun when I eat from his [Adam's] truck. He's just the man. 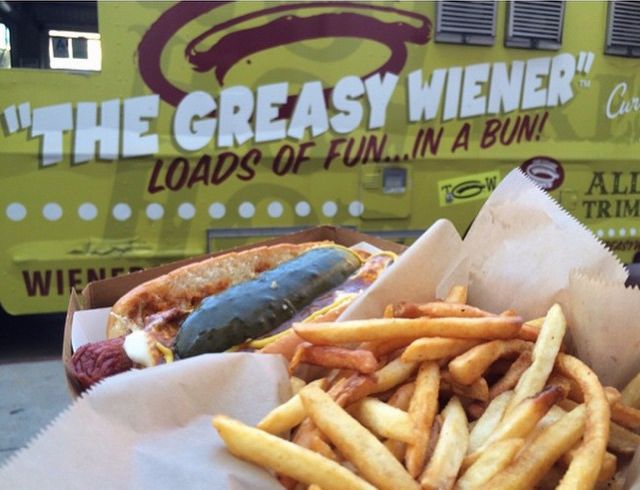 DS: Falasophy is a new food truck that's a little lighter. They do really good falafel bowls and stuff like that. 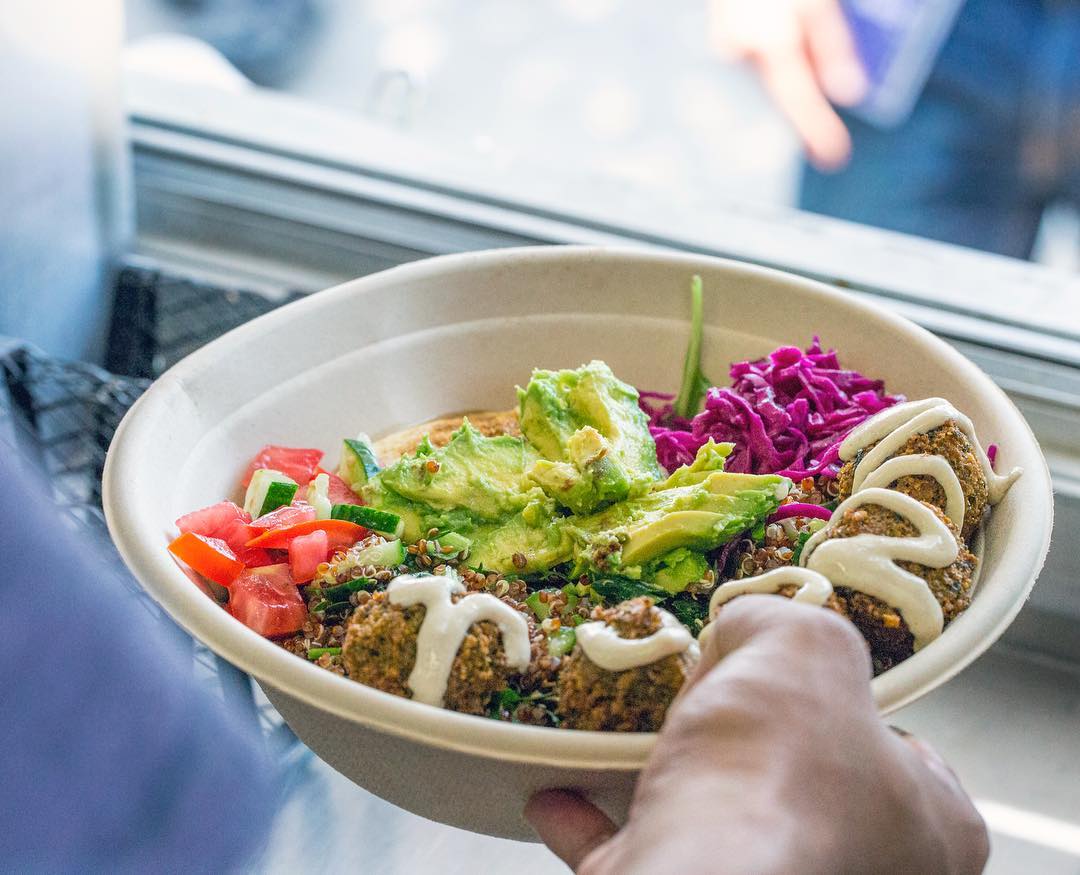 DS: Everything here is pretty insane. 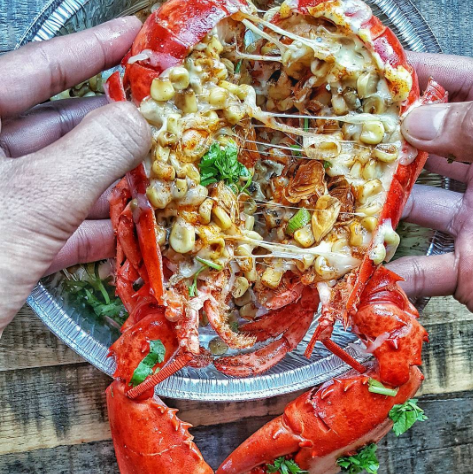 DS: They do this one slider that's like Thanksgiving leftovers—mashed potatoes, gravy, turkey. Really simplistic idea, but they're really good. They do a fried mozerella one that's really good too. 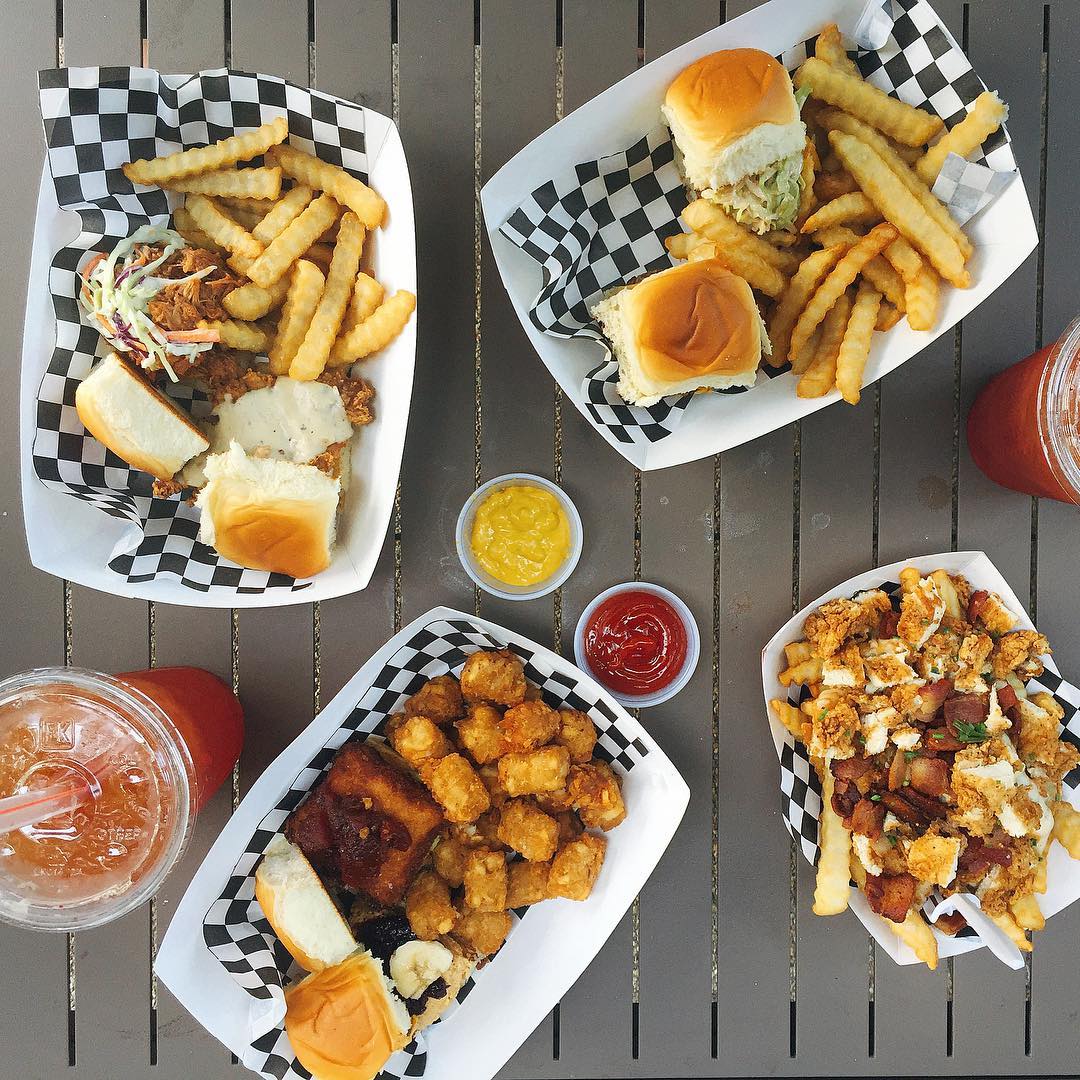