Jessica Delijani on where to find Persian food, jewelry, and culture around LA.

Releasing music under the moniker of Disco Shrine, Jessica Delijani is in pursuit of the utopia that the name embodies. It's "symbolic of this amazing, fun happy place (Disco), and the passion and spiritual need for it (Shrine),” she tells Citizine.
A Los Angeles native and daughter of Iranian immigrants, Delijani was surrounded by music growing up and began writing at 16. “It sort of just came naturally that I also started picking it up and using it as a form of expression,” Delijani tells Citizine. But it wasn’t until she began writing her first EP, Soft Fur, that Disco Shrine was born. “I was going through a really hard break up, but I wanted to try and do everything possible to not be upset and to use music as my therapy."
After graduating UCLA, she had a publicity job lined up, but opted out of the 9-5 work environment to further explore her passion for music—decision she considers the best she's ever made. What’s been created since then is what Delijani would proudly describe as “melodically sensual music to bob your head to in the car or on the dance floor.”
Delijani’s newest song, “Up in the Air”, and subsequent music video are inspired by her parents’ experience immigrating to the US after the Iranian revolution, but it was never something she intended to write. “It happened during the Trump election-era when I realized I had never asked my parents about their journey to America,” she explains. “When I finally got them to tell me everything I was so moved by their story; it almost sounded like a movie—having to escape prison, fleeing a revolution, traveling across Europe finding a way to come to America.” The story of their journey stuck with Delijani until she found herself in the studio with a song flooding out of her, which she says was finished within an hour.
The video depicts a number of immigrant experiences, with Delijani emphasizing a picture of similarities rather than differences. “So many people reached out telling me about their own parents' immigration stories, and it's been so moving seeing how much people can relate to me.” The colorful film paints the perspective of a large population here in LA—the generation of children whose parents immigrated to the United States from the Middle East. “We always hear stories of immigrants, but you never hear about the first generation-Americans who have to carry their parents' story with them,” she says. “It's a hard dynamic to explain and comes with its own set of struggles. So, when I talked to my director, Andrew Butte—who is also a first generation Lebanese-American—we knew we wanted to explain this dichotomy.”
She’s hit the ground running with “Up in the Air”’s video release, but Disco Shrine isn’t slowing down anytime soon. She’ll be performing at the University of Southern California’s Hexxfest on October 26th with singer Dorian Electra, and will be releasing a new song on November 9th.
In the meantime, she’s taken a break from her loaded schedule to map out a love letter to Persian LA, providing us with her favorite Iranian-owned businesses and authentic eats: 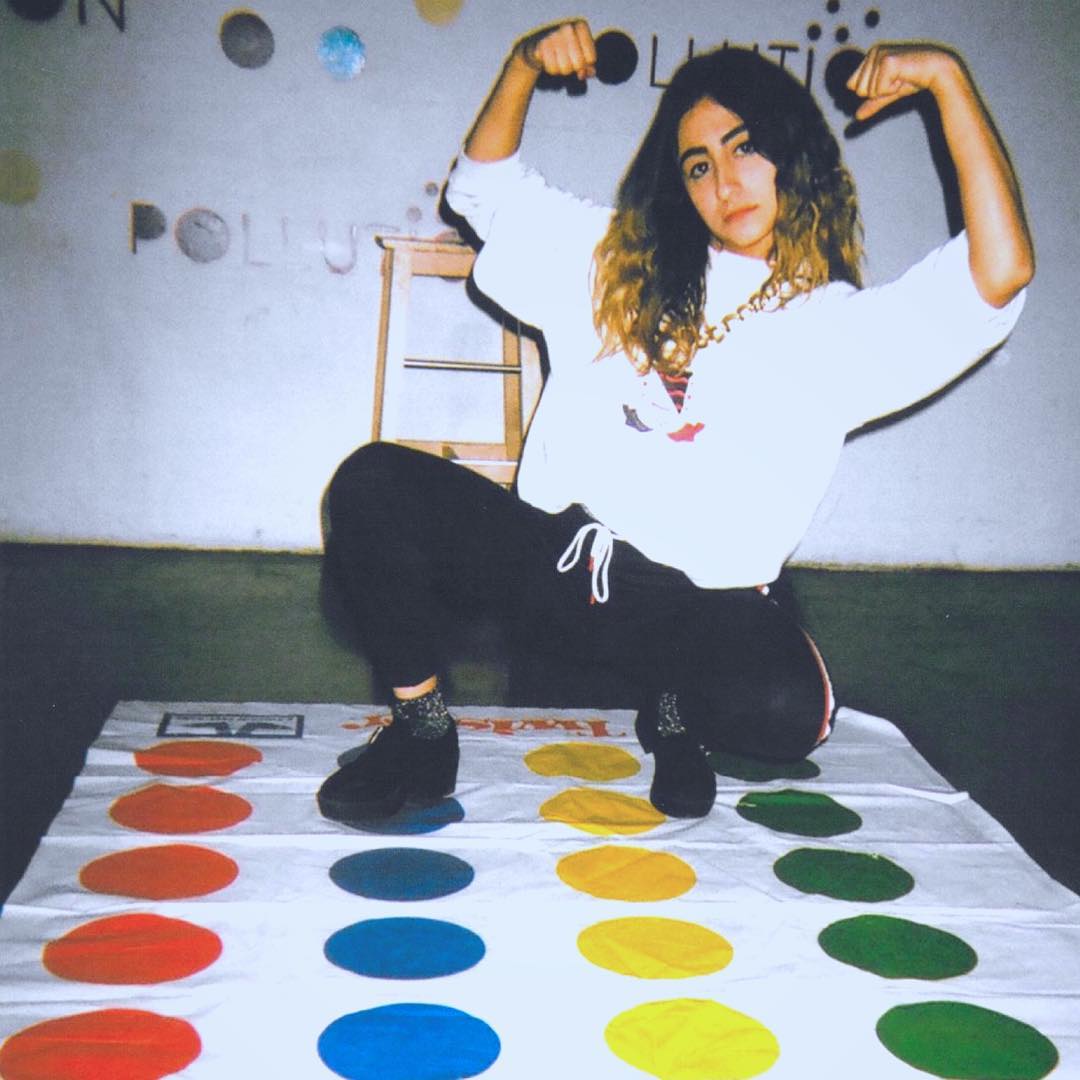 Sherman Oaks, $$
Jessica Delijani: Everyone thinks the best Persian food is in Westwood or at Raffi's Place in Glendale, but they're so wrong. Those places are too hype-y sometimes and they don't give you the authentic side items that usually come with Persian food. My fave place to go to is Shiraz in Sherman Oaks. Their food is to die for and they also have this adorable outdoor patio with a fountain. 10/10.

JD: I love supporting my fellow brown girls. Blingistan is this amazing, socially conscious jewelry line created by Sham. I featured her Immigrant ring in my latest music video. But she also has amazing gold jewelry in Arabic, or pieces that say "Fuck the patriarchy" or "Mashallah". Some of the profits also go to help communities back home. Basically, she's the biggest bad-ass, and is one of my go-to jewelry babes now.

Westwood, $
JD: I'm probably super cliche for saying this, but the stereotype is true. Saffron & Rose has the best Persian ice cream and you’re missing out if you haven't tried it. My fave is the classic rosewater pistachio.

Fairfax, $$
JD: An amazing Persian fashion designer. She goes by M.E., and is all about female empowerment. She has a really cute store on Fairfax and Melrose!

Farhang Foundation is a super awesome organization based in LA that promotes the Perisan Arts. They always throw concerts or film festivals or art gallery shows etc. If you're looking for fun ways to support the Iranian Arts, definitely refer to FF. 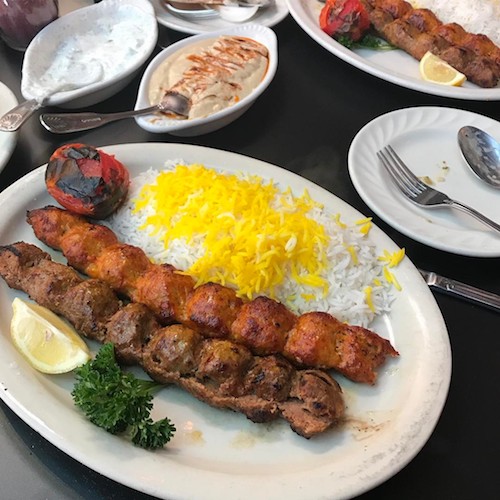 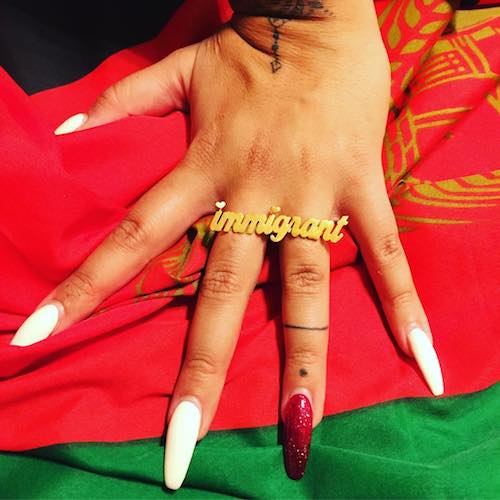 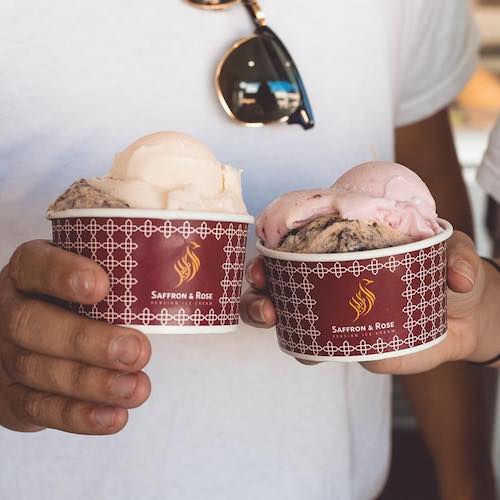 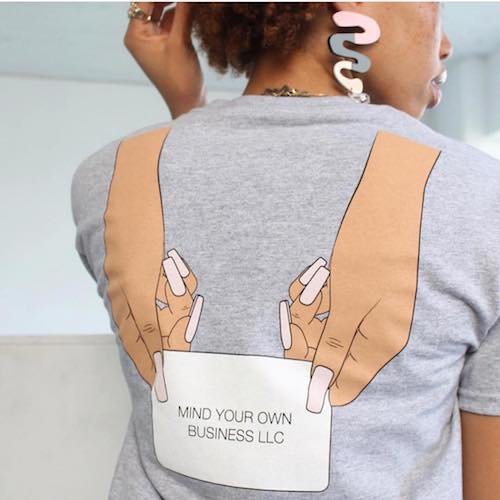 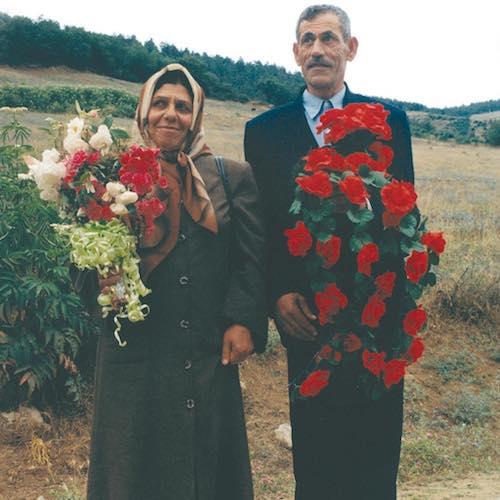 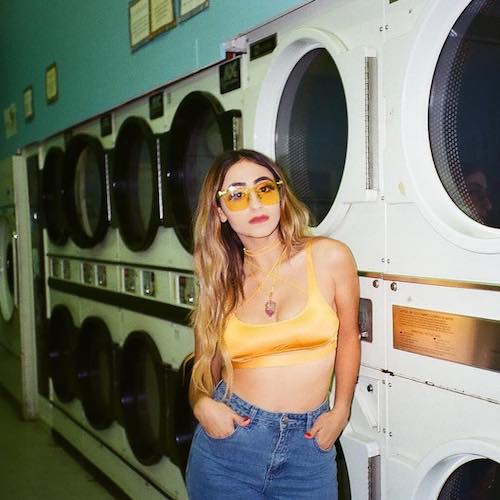