The sommelier and owner of Vinovore highlights some of her favorite female-owned businesses around town.

Words by Stephany Christie 4 May 2018

Coly Den Haan didn't start out with an eye for wine. But, as a bartender, her passion slowly began to surface.
“I really just started loving everything that had to do with wine,” Haan told Citizine “It kind of became demystified for me, and I thought it would be fun to show other people that the process wasn’t so stuck up and snobby.”
Get Citizine Updates Here
With that, she opened her first wine bar, The Must, downtown. The intimate space, since shuttered, helped Haan blossom into her newfound love. Not long after, she helped open a downtown staple: Perch.

“After a year of [Perch], I decided I wasn’t totally happy in that environment," Haan said of the 11,000-square-foot, three-story restaurant. "I wanted to get back to a smaller, more intimate, neighborhood-oriented type of establishment. So, I moved on from there, and long story short, now I have this great little wine shop that I absolutely adore.” 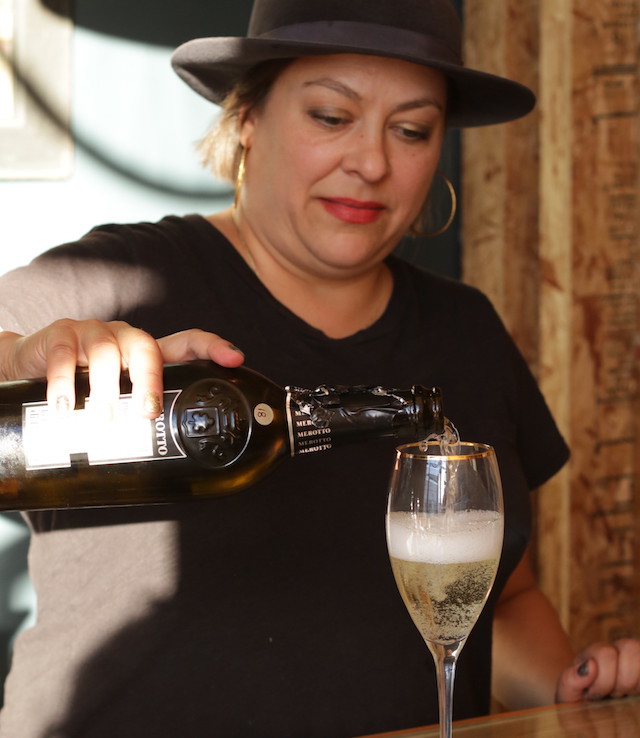 That intimate neighborhood spot is called Vinovore. It opened at the start of this year on a quickly-changing stretch of Hoover. Haan chose this location for its charm and residential richness. “I do not foresee a Starbucks going on Hoover in the next ten years,” Haan says.

Like her approach with The Must, Haan wanted to make an affable retail experience for wine. She fused her knowledge of restaurant decor and setting with her sommelier skills and created a cozy atmosphere for consumers.

Instead of the normal utilitarian way to purchase alcohol by walking up to a liquor counter, Haan made it so that, from the moment you step into Vinovore, you are having fun and feel at home. Customers can start with a wine spirit animal chart to find a wine that best correlates with them, something that she says helps people take risks and try new things.

But Vinovore has another twist: all the wines are made by female vintners.

“I’m a woman in business and in wine, and it always hasn’t been easy for me to work in a male-dominated field. So, if I could help others to showcase their wines and create a safe place for them, then yeah, let’s do it!”

And if Vinovore didn’t sound like it could get any better, you’re about to be proven wrong: Haan plans on opening a bookstore in her shop of all female authors. She also plans on pairing wines with novels, and even leading a few wine courses.

We asked Haan what other female-centric businesses she supports around town. Here are her highlights: 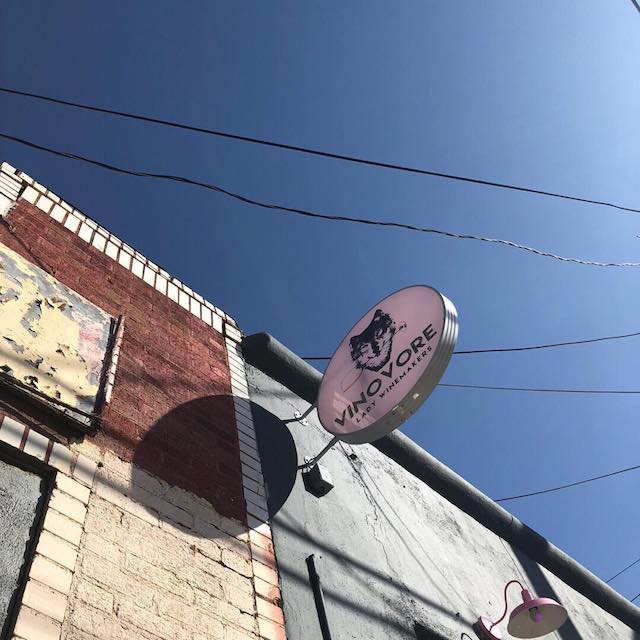 Culver City
Coly Den Haan: My PR team. Run by Sarah Jenkins and she is a total badass. I remember meeting her when she worked for Bread and Butter and I always really liked her. We were looking for a new PR Team for this place, she popped in my head, and when I googled her, I saw that she opened up her own company, White Oak. I love visiting here, their space is just like 10-15 women with their noses in their laptops and they’re just getting shit done. It’s a force of estrogen that is fantastic.

Cypress Park, $$$
CDH: Everybody gym has a really neat business model: Women and queer-owned, and they wanted to create a space that didn’t stick to the stereotype of a normal gym where women and other genders can feel uncomfortable about their bodies and sexuality and gender and shape and sizes, so they are doing a lot of really cool stuff, and I really appreciate the work they are doing.

The Office of Angela Scott

Beverly Grove, $$$$
CDH: Really cool shoe store; her whole premise is shoes for women, made by women. [The shoes] are all handmade and designed by women. She’s on Melrose and I love her shoes, so I definitely wanted to give her a shout out.

Venice, $$$
CDH: Owned by Nina Garduno, badass woman. One of my first jobs in LA was at the café at Fred Segal’s on Melrose and she was the men’s buyer there and I remember meeting her and thinking, ‘wow, this woman is awesome.’ She created her own line from there, and it’s just kind of taken off, and over the last 20 years or so she has been making really cool stuff at a lot of different shops. She has one in Little Tokyo, one in Venice, one on Highland, so there’s lots of locations to choose from.

CDH: I carry chocolates from this woman named Roma Hernandez, and her chocolate is called Darling Hero. So, she is a female, latina chocolatier, and her chocolates are BEYOND delicious. She’s based here in LA, and has only been making her chocolates for private clients and celebrities, but she is taking strides towards retail. I love what she is doing. Her whole philosophy is taking American classics and making them with fantastic ingredients. She makes a version of Snickers and Three Musketeers, but they’re made with artisanal flair and are some of the best chocolates you have ever had.

Echo Park, $$$
CDH: Courtney Kaplan is part-owner with her husband and is the sommelier here. Her wine list is inspiring and her sake selections blow my mind. It’s so fun to see a woman know so much about sake. I personally love to drink it, and have learned a bit about it myself, and it’s a very male-dominated field. There are not a whole lot of females that are sake brewers or know a lot about it. Courtney definitely knows more about sake than any other person I’ve met. She even trained in Japan, so I always like to support her.
Get Citizine Updates Here

Culver City, $
CDH: Freya [Estreller] and Natasha [Case] are great friends of mine. They used to come to The Must and I remember they had just started with their ice cream truck by then, and they have done an incredible job of creating their brand. They went from a brick-and-mortar shop to being sold in grocery stores, and I still see them at dinner parties and they’re always bringing samples of their new flavors which is a lot of fun. They’re very inspiring and I love supporting them, which isn’t hard because their ice cream is so yummy.

CDH: I did an event with them a month ago. They are a dog adoption/rescue organization run by a woman named Natalie. I am in awe of what she is able to do. She does the work of what I wish I was able to stomach to be able to do. She goes to terrible animal shelters and rescues the most needy, unadoptable dogs and finds them forever homes. Whether they’re seniors, or dogs with medical conditions, she is so dedicated to finding them a family. She is also a lovely person and so charged by her cause. Check her out on Instagram!

Echo Park, $
CDH: I like to ride bikes, and the [bike community] tends to be more of a ‘boys’ club,’ so I love what they do.

Atwater Village, $$$
CDH: A little bit off-beat, but Olivia Froth is a horse trainer. Her barn is right by the LA river, and she is so awesome. I feel like a lot of people in LA would like to know that there are horses right in their backyards, and she is such an amazing teacher and great person to learn from. She is also an inspiring businesswoman. She moved here from the East Coast with nothing and has created this business right in the middle of Atwater Village for horses, which is fantastic.

Venice, $$
CDH: Mom and daughter team. First, they started with the store and their bread and butter was importing vintage rugs from Morocco, and they started there and grew their business. It’s been really neat to see. They expanded it into a gallery, which we have collaborated on for an event [a few] weeks ago. They did an opening show with all female artists, which was really cool to be a part of. 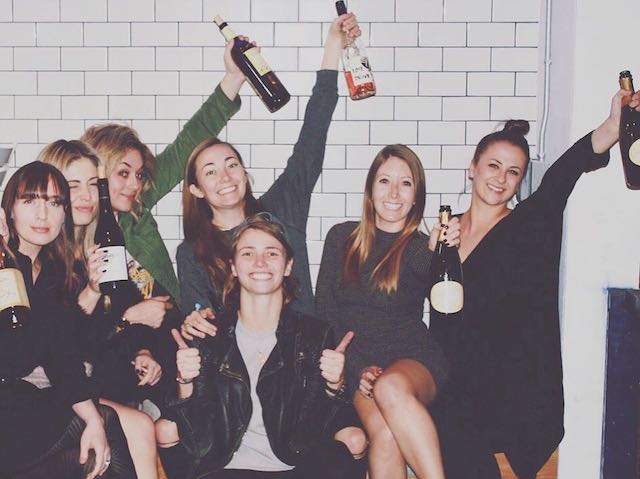 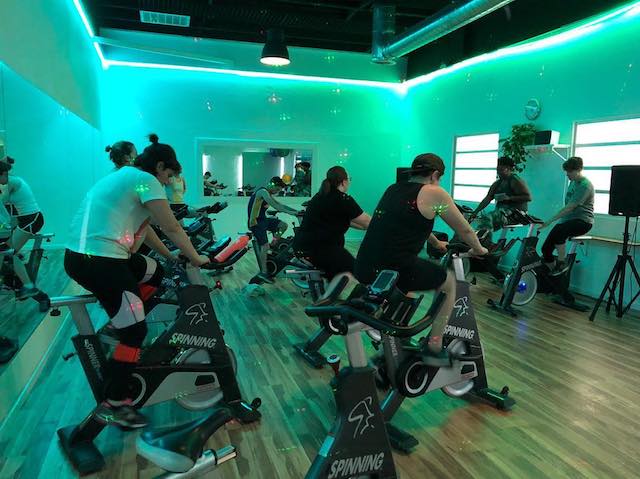 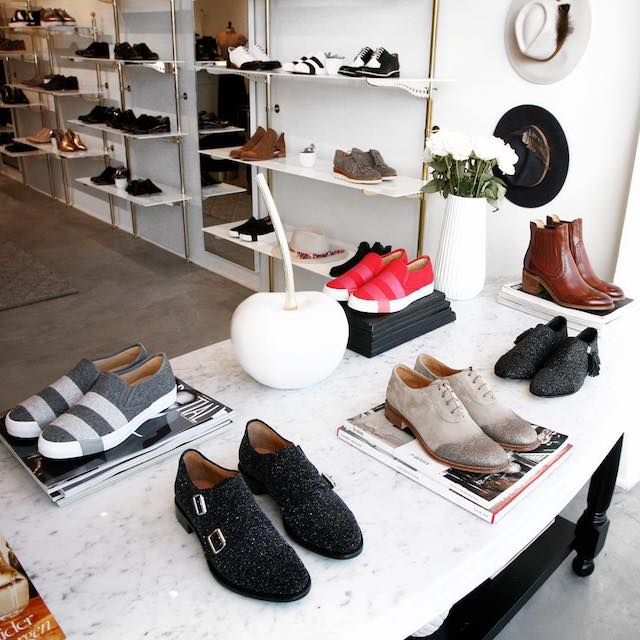 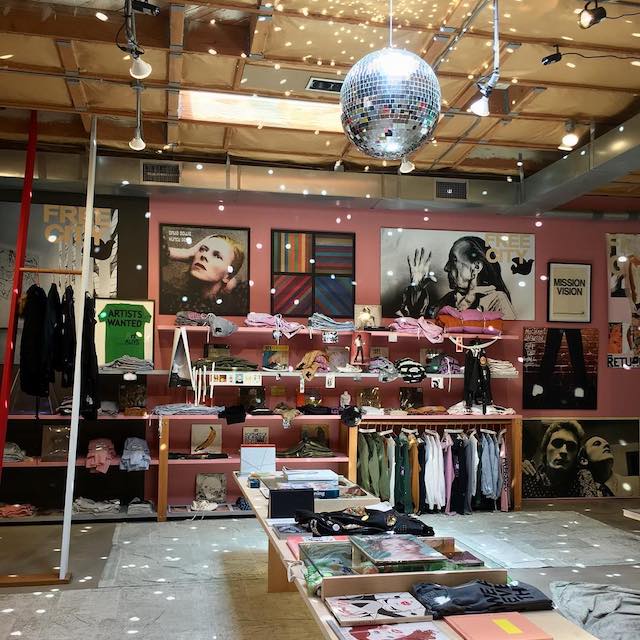 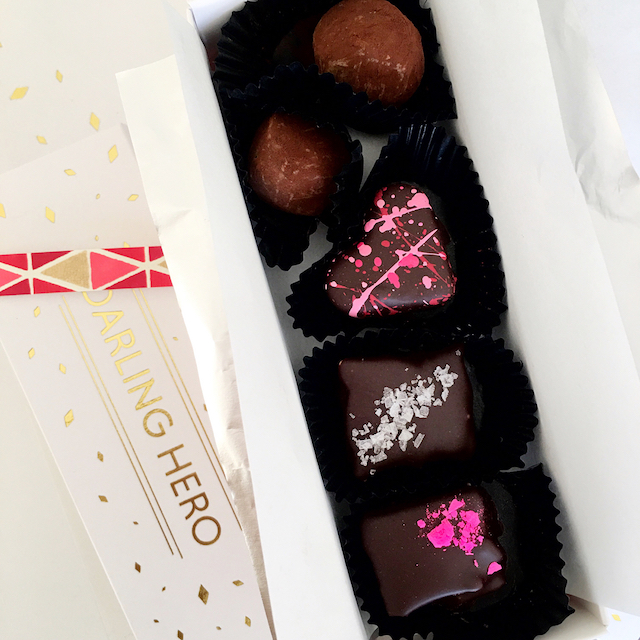 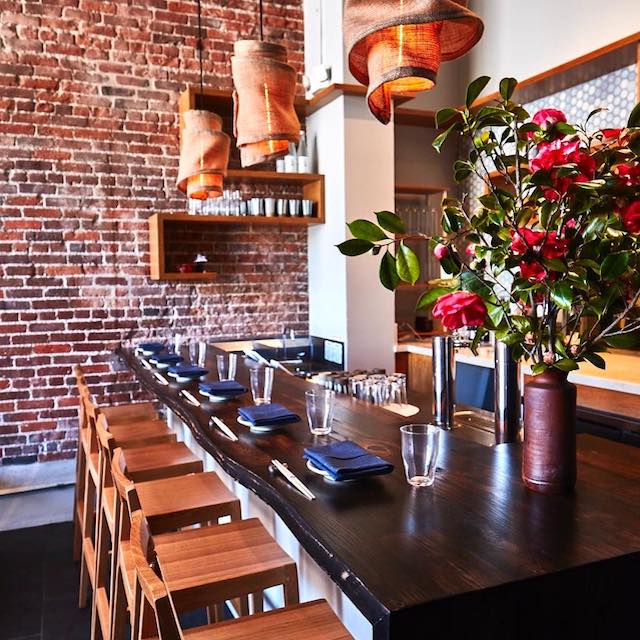 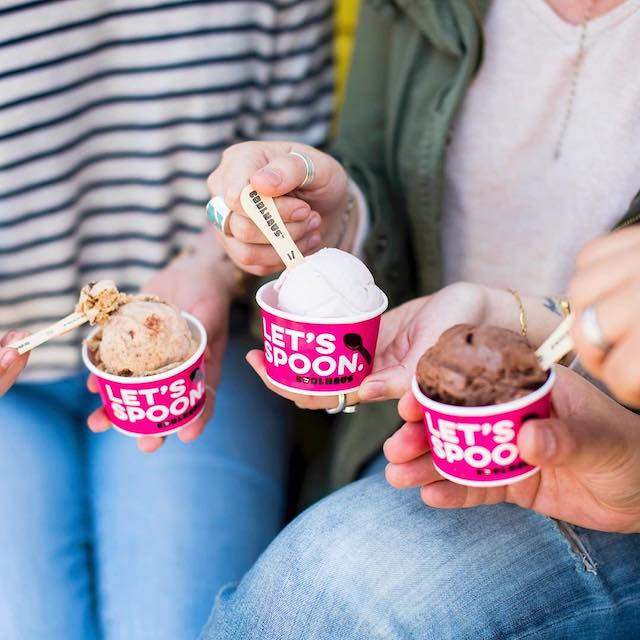 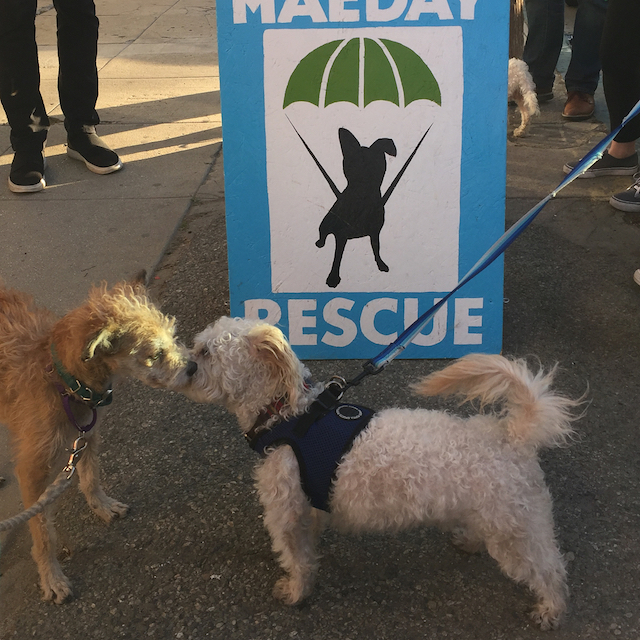 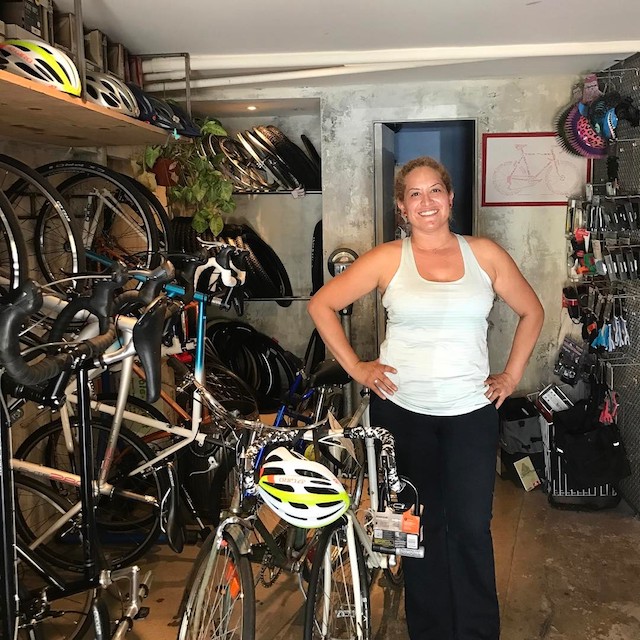 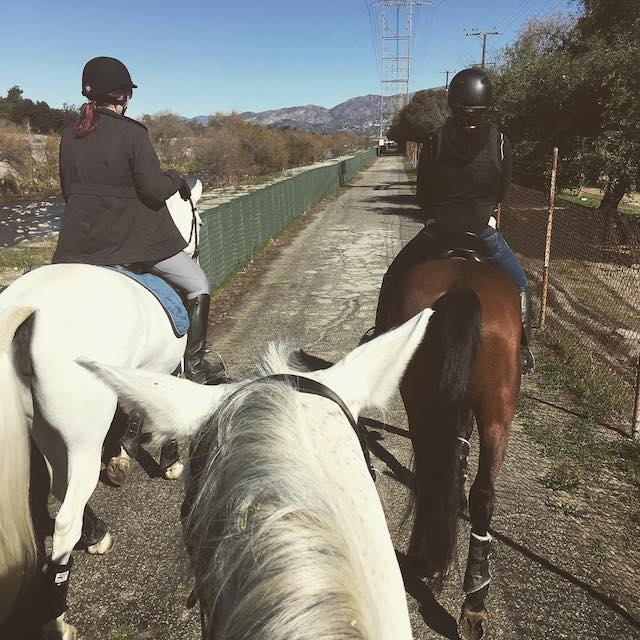 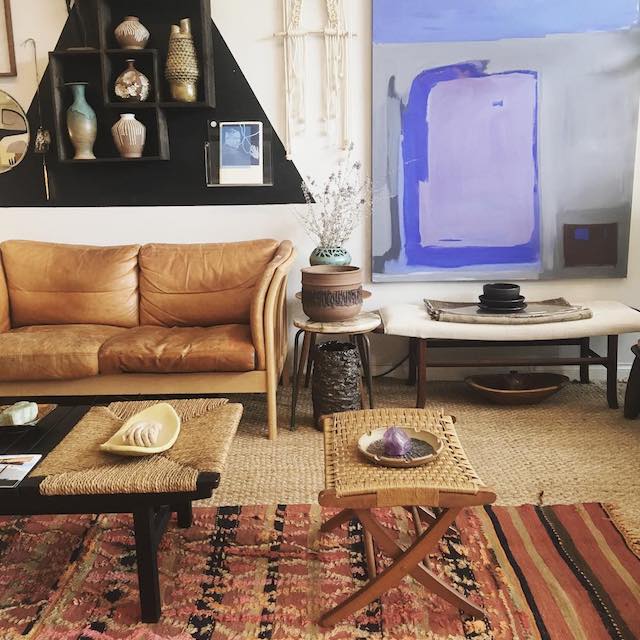 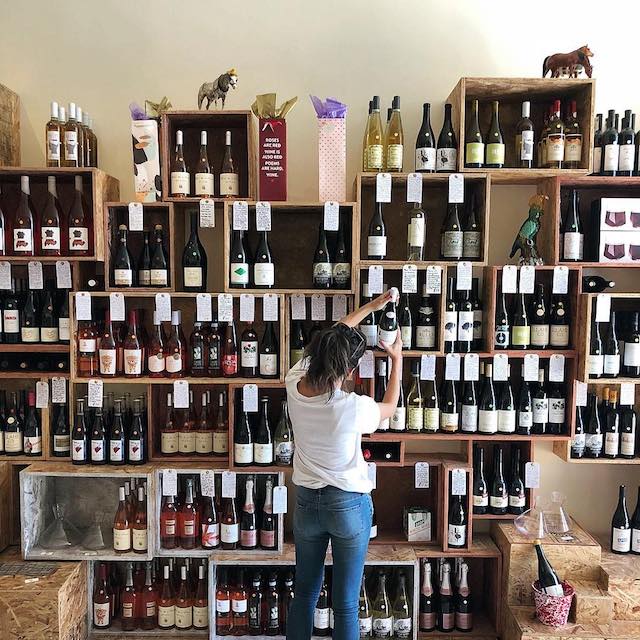