Robin Chang’s Ethnic America with a Side of Tacos

Apologies in advance to those who are vegan, gluten-free or easily offended.

In the same world where the internet boils over with rage after a Caucasian chef demonstrates how to “properly” eat Vietnamese soup on Bon Appetit, a Korean-American tech geek makes Vietnamese soup in taco form and sparks a “cultural movement”.
Before you reach for your holsters, meet Robin Chang—tech consultant by weekday and chef by weekend, although “chef” may be a stretch. He prefers “connector” which is also how he describes his passion project, Little Meats Los Angeles. A communal dining experience for letting the good times and tastes roll, Little Meats gives free rein to people who like to cook by connecting them with friendly strangers who like to eat without restriction or apology. Though he has hosted larger format Little Meats meals in the past, Robin is currently hosting smaller "Umamikase" dinners at he and his wife's apartment-turned-semi-pro kitchen in Lincoln Heights.
Get Citizine Updates Here 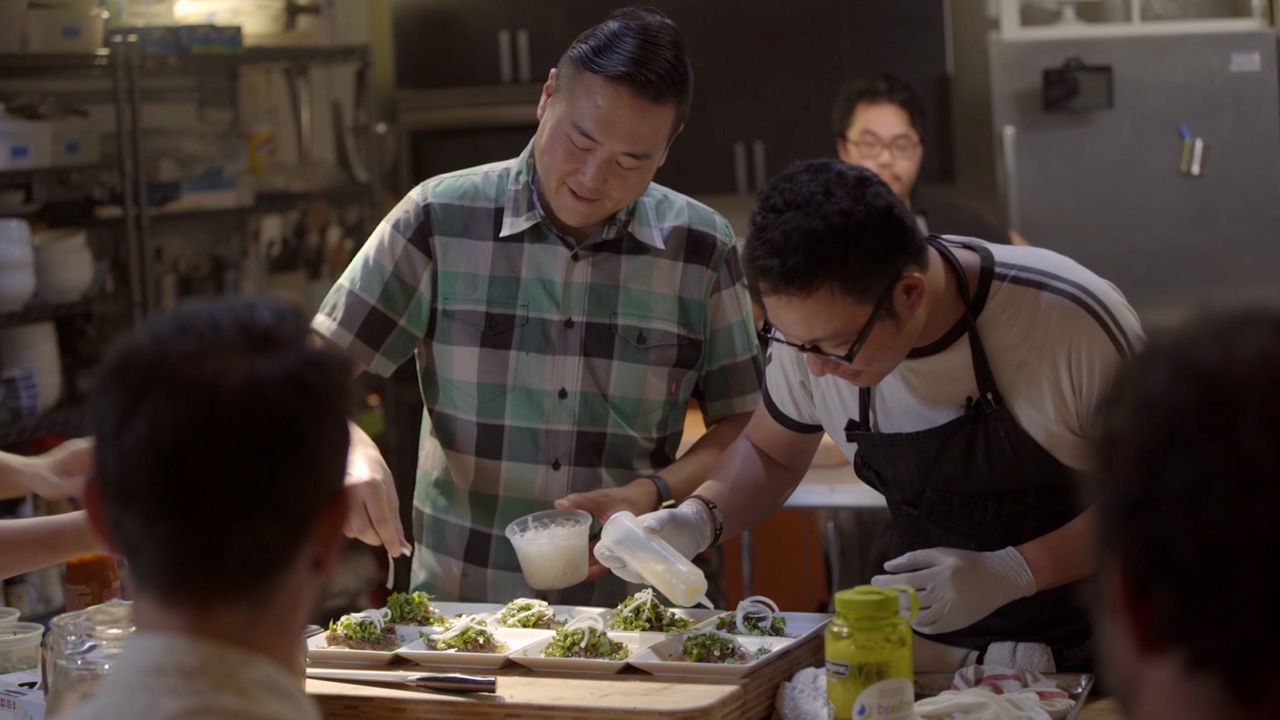 Apologies in advance to those who are vegan, gluten-free or easily offended. If you purchase a Little Meats ticket, don’t expect avocado toast, white tablecloths, previewing the menu beforehand or catching a nine o’clock movie afterwards. Little Meats is an anti-supper club for both amateur and renowned chefs to cook whatever the fuck they want for guests whose tastebuds are as open as their minds. Robin will be your delightfully crass host, and if you’re lucky, he’ll be doing the cooking, too.
Robin was raised in Glendale by first-generation Korean immigrant parents. He spent much of his adolescence in East Los Angeles where his family attended church in Lincoln Heights. He grew up eating beef tongue sandwich sack lunches, orange-chicken-fried-rice-lo-mein combos, Mexican street food, homemade Korean food, pho, and cuts of meat that would make your average white teenager’s nose crinkle. The self-taught chef likes his meats. In fact, Little Meats is a direct translation of ‘carnitas’—inspired by his first-ever burrito at legendary 24/7 taco joint, Carnitas Michoacan in Lincoln Heights.
Robin characterizes his culinary identity as “Ethnic America,” the central tenet of Little Meats. He defines the movement as “inauthentic food that identifies who we are as this hodgepodge of cultures not clashing for the sake of clashing but because we've had to live with a diverse community growing up in LA.” 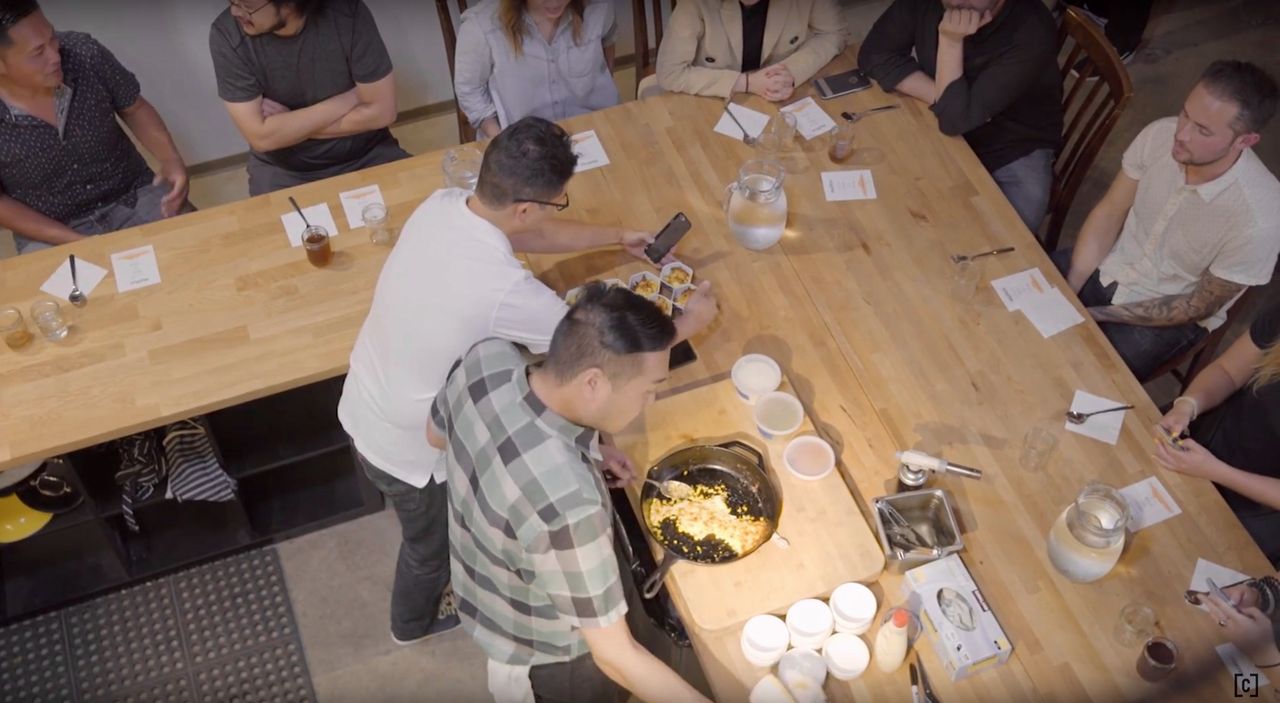 In a nation modeled after a cultural melting pot, it's only natural that We the People adopt techniques, flavors and ideas from backgrounds other than our own. That’s the beauty of America. “To me, a taco is just as American as a burger,” says a self-assured Robin.
By slapping braised oxtail meat cooked in Vietnamese pho broth on a tortilla and calling the creation a pho taco, Robin pays homage to the tortilla lady where he sources his masa, the countless bowls of late night pho he’s slurped in his 37 years and every taco he’s ever consumed. He also gives us the mouth-feels. The pho taco is an ode to Los Angeles. The pho taco is Ethnic America. 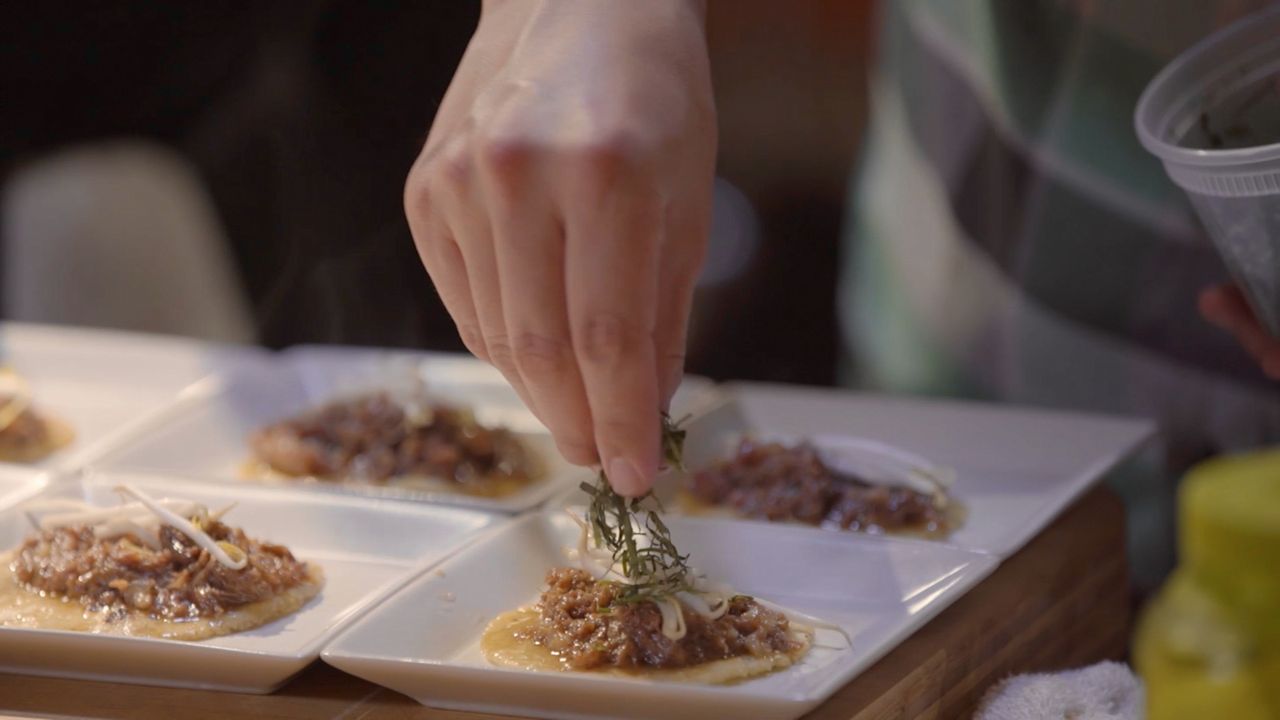 “If Roy Choi calls himself an LA son, then I am Ethnic America,” says Robin. “It sounds so cocky, but it’s just my culinary identity. I might not be a chef, but growing up in LA, food has played such an important role in defining my life.”
So next time you see a chef whipping up a crazy cross-cultural concoction, don’t get all PC Principal and call it “fusion bullshit” or a “bastardization of culture by way of appropriation.”  If good food comes from the heart and proper respect is paid, embrace the Ethnic America in action.
Below, Robin has paid his respects to just some of the places in East Los Angeles that have been key players in shaping his culinary identity. Spoiler alert: The man likes his tacos.
Before you get too deep in the mouthwatering madness, don't forget to follow @littlemeatsLA, @ethnicamerica and @robindurden on Instagram. 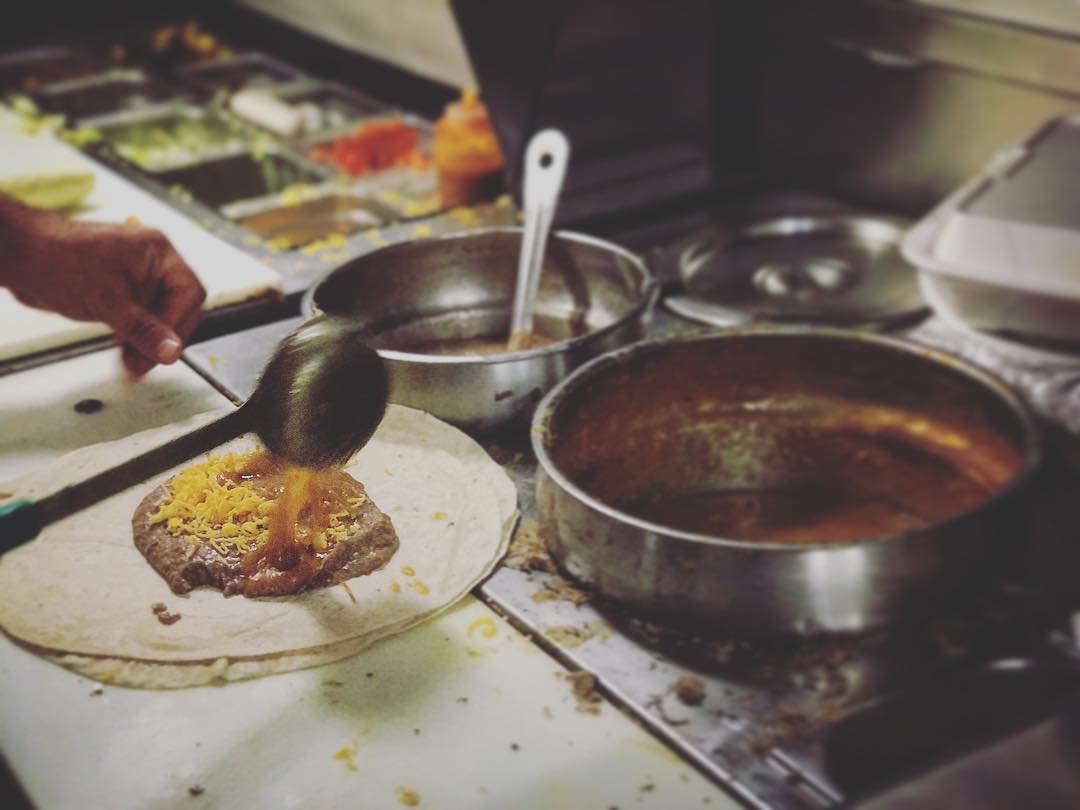 Lincoln Heights, $
RC: This is the gold standard for your first street taco experience. They make all their tacos well, but get the meat that’s being freshly cut. 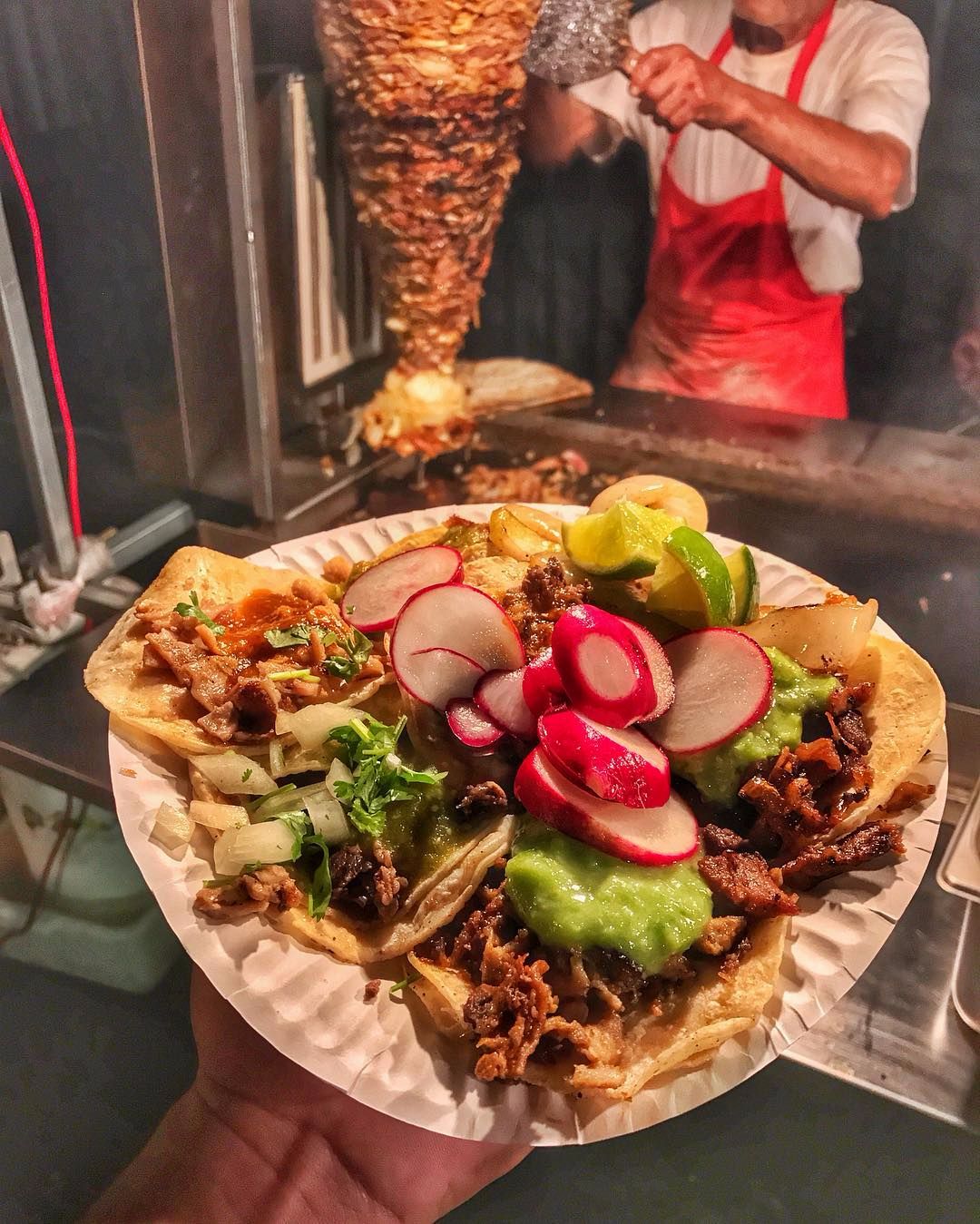 Lincoln Heights, $
RC: When asked what the stuff coming out of the squeeze bottle is, his response will be, “cholesterol!” 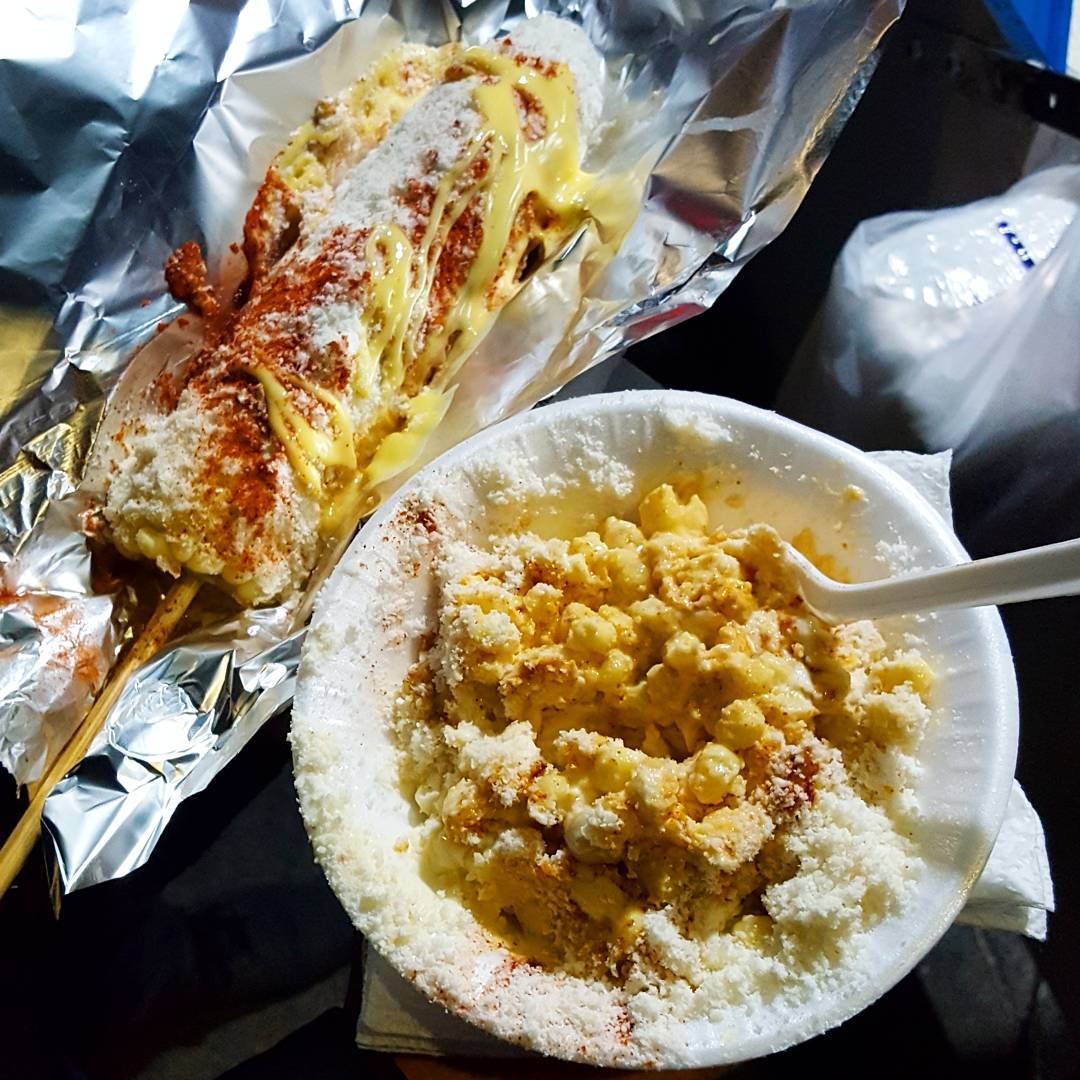 Lincoln Heights, $
RC: This was my first experience with East Los Mexican food and my first time being exposed to the literal translation of ‘carnitas’—little meats. They have my favorite salsa verde and salsa roja. I’ve been known to take it to other establishments ... 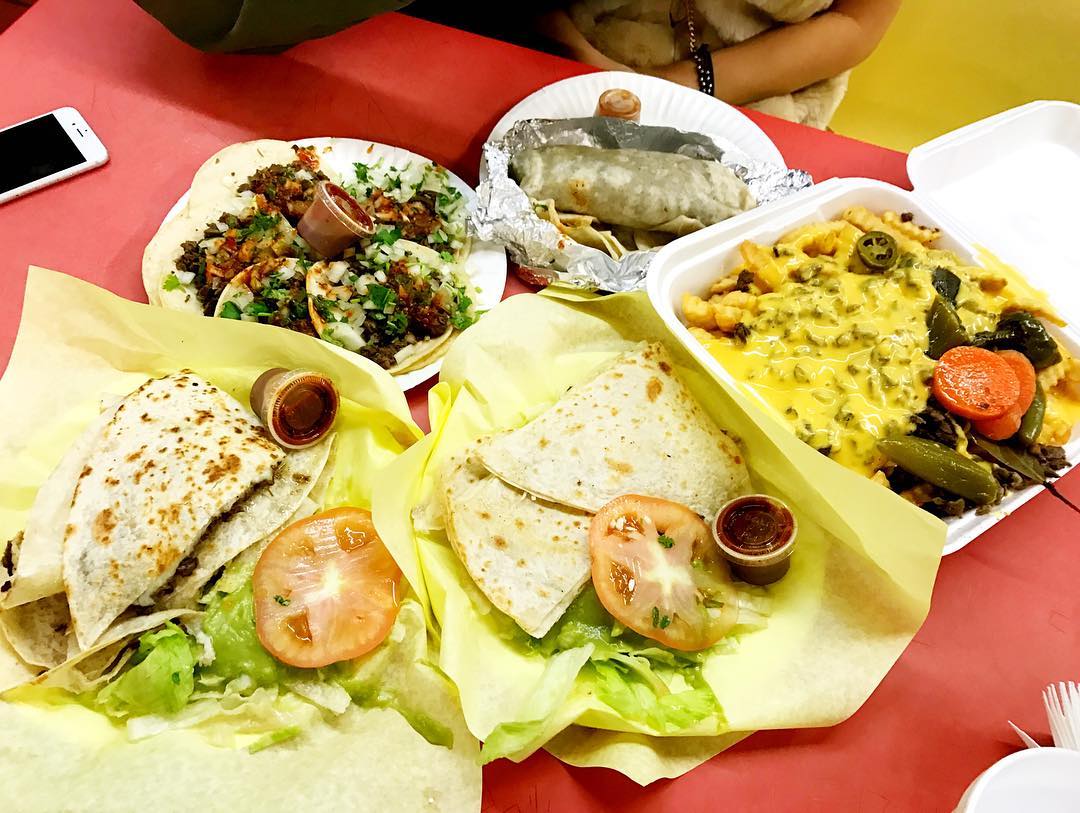 Boyle Heights, $
RC: When you go to a taco joint, you should usually get the pastor to gauge their level.  With that being said, it’s important to remember that the concept of meat on a spit came from the Lebanese bringing it over to Mexico. The gramma that makes this taco serves it unique … from the chipotle sauce, homemade flour tortilla, and not so typical pork flavors added to the arabes taco, including the unique papalo herb. 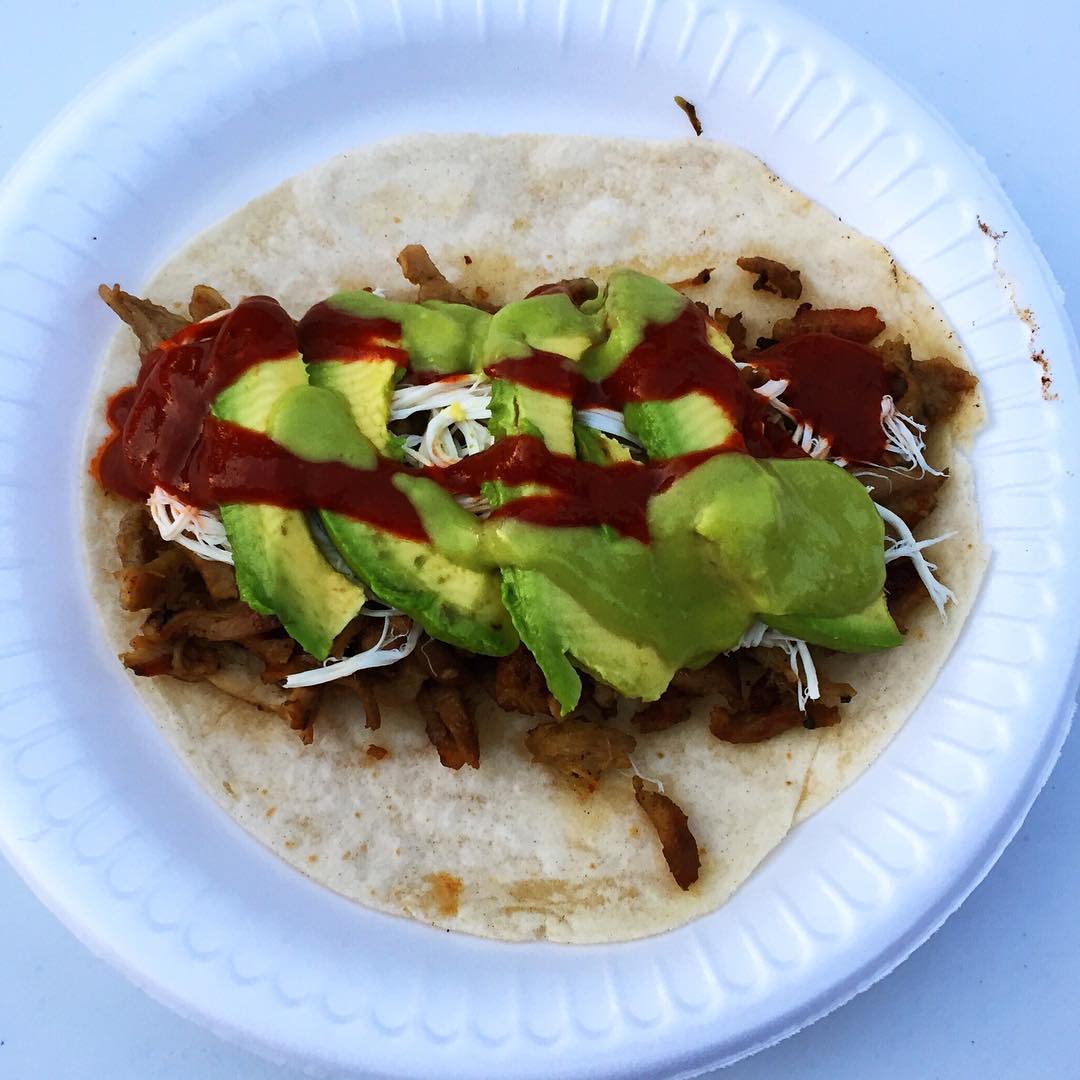 Elysian Park, $
RC: This is the pho i grew up eating.  I ordered it so often, the owner didn’t see me for over four years, and the day I show up, he asks me if i want large fatty brisket pho.  My usual order. 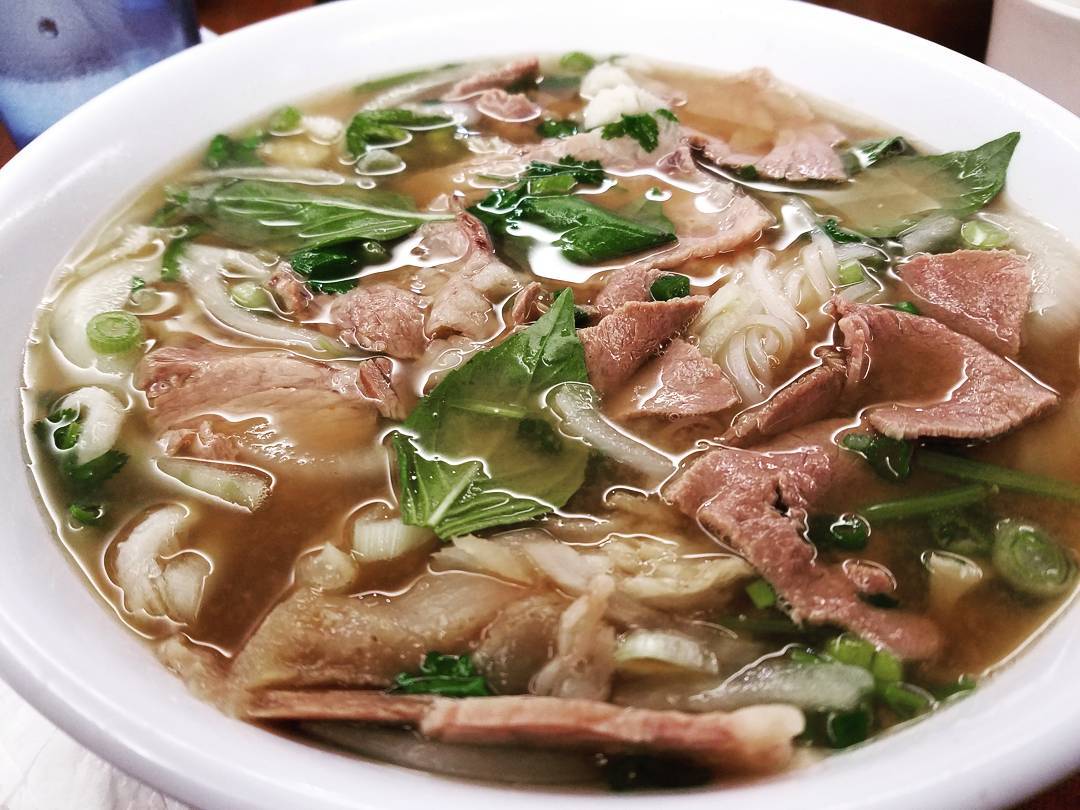 DTLA, $
RC: If you've never had an Australian meat pie, think puff pastry filled with a bunch of awesome savory meats, meant to be eaten with ketchup. Start with the simple meat pie, which is ground beef, then get a lamb and rosemary pie to round out the meal. 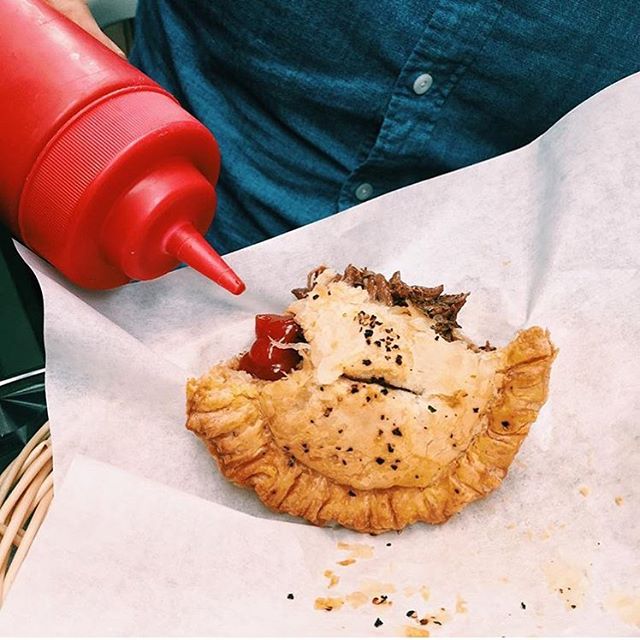 Sawtelle Japantown, $$
RC: Under the assumption that everybody is privy to Japanese ramen, tsukemen is all the rage and it's here to stay. My Korean palate that likes its flavor bombs is quite possibly to blame, (especially because my initial introduction to ramen was the kind you boil in a packet), but I believe Annex is a flavor bomb of dipping ramen. If you want to experience it, order a negi (shredded green onion) ramen with an extra order of negi. Drop a couple spoonfuls of red pepper flakes and a spoonful of raw garlic and you're in business. As you dip the ramen into the sauce it catches all of that goodness and flavor in one a powerful bite. 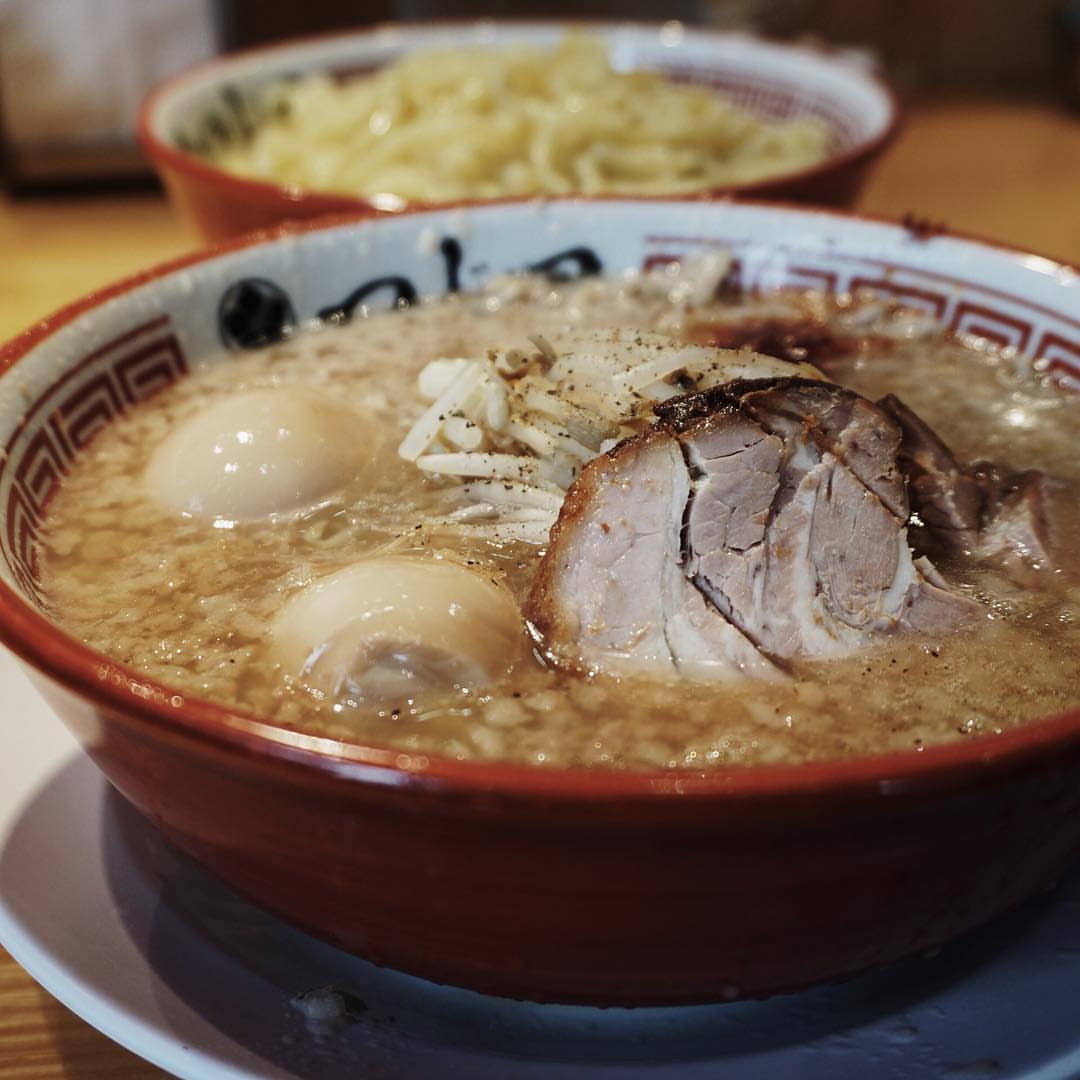 RC: Fuck teriyaki bowls. For that same level of comfort food with a Hawaiian twist, hit up L&L.Ever wonder why you can go to a ghetto food establishment, and have juicy tender chicken when you know it's the farthest thing from free-range/organic? Me too. Order the chicken Katsu and/or the Hawaiian chicken plates. Mac salad fo lyfe! 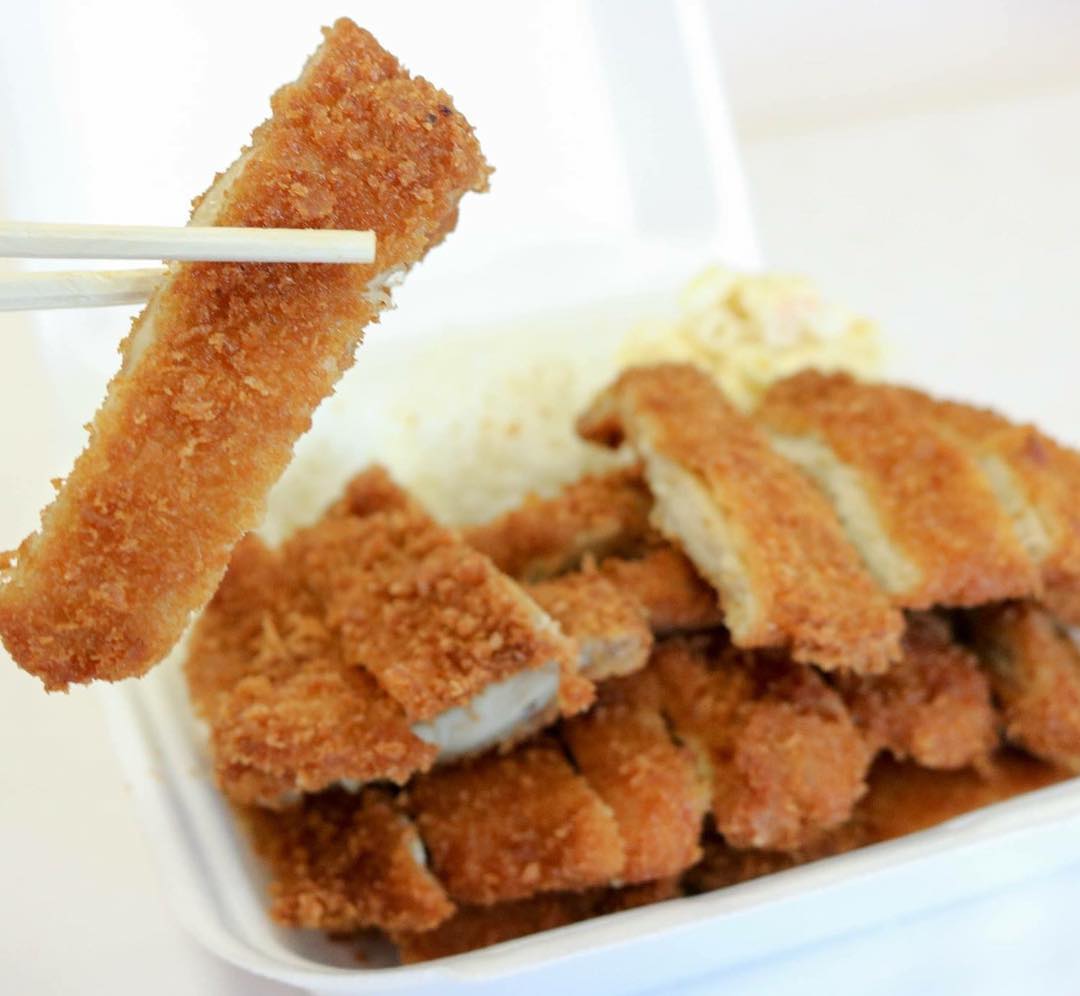 Koreatown, $
RC: Soft serve in and of itself is boring as fuck, but from a chef like DJ Park who is a diva in his own right, you'll get a winning combination of flavors that will not disappoint or bore you. 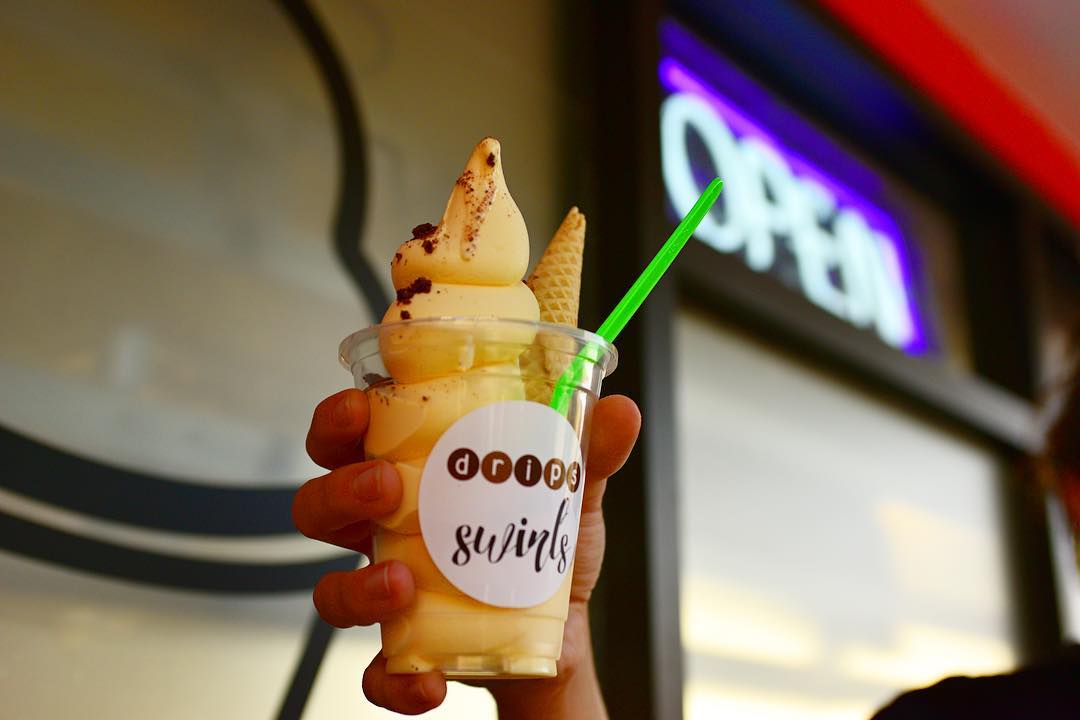 Sawtelle Japantown, $
RC: Honeymee specializes in soft serve, but this particular location along with Little Tokyo offers a plain milk and honey milkshake--so simple and good.Not all locations are created equal. Stay the hell away from the Koreatown location as you get a bunch of bits of ice which is a buzz kill. The sawtelle location is King, but Little Tokyo will also do based on your willingness or unwillingness to go to the Westside. 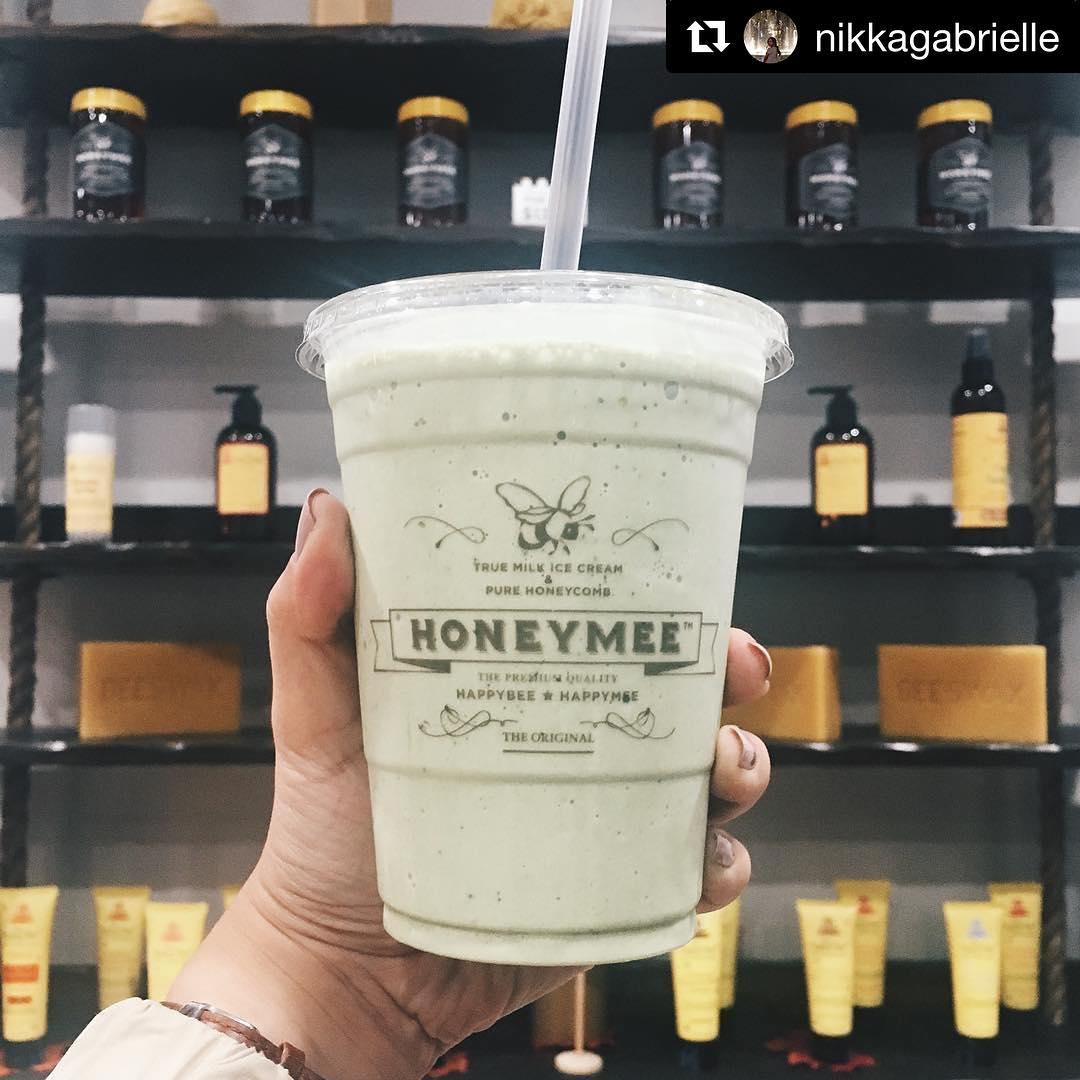