It’s purple. It’s pleasantly sweet. It’s not purple drank and it’s not Prince. It’s a vegetable that goes by ube. The purple yam can be found in traditional Filipino desserts and it’s taking Los Angeles by storm.
Get Citizine Updates Here
Since 2010, Kristine de la Cruz and partner Sean Gilleland have been mastering the art of ube. Their business, Crème Caramel LA, started from a part-time side gig selling custard-based desserts at farmers markets, and evolved into a large wholesale business with a brick-and-mortar retail shop in Sherman Oaks. As of 2016, they opened a second location (partnered with former client Annie Choi of Found Coffee) in Silver Lake called Frankielucy Bakeshop. 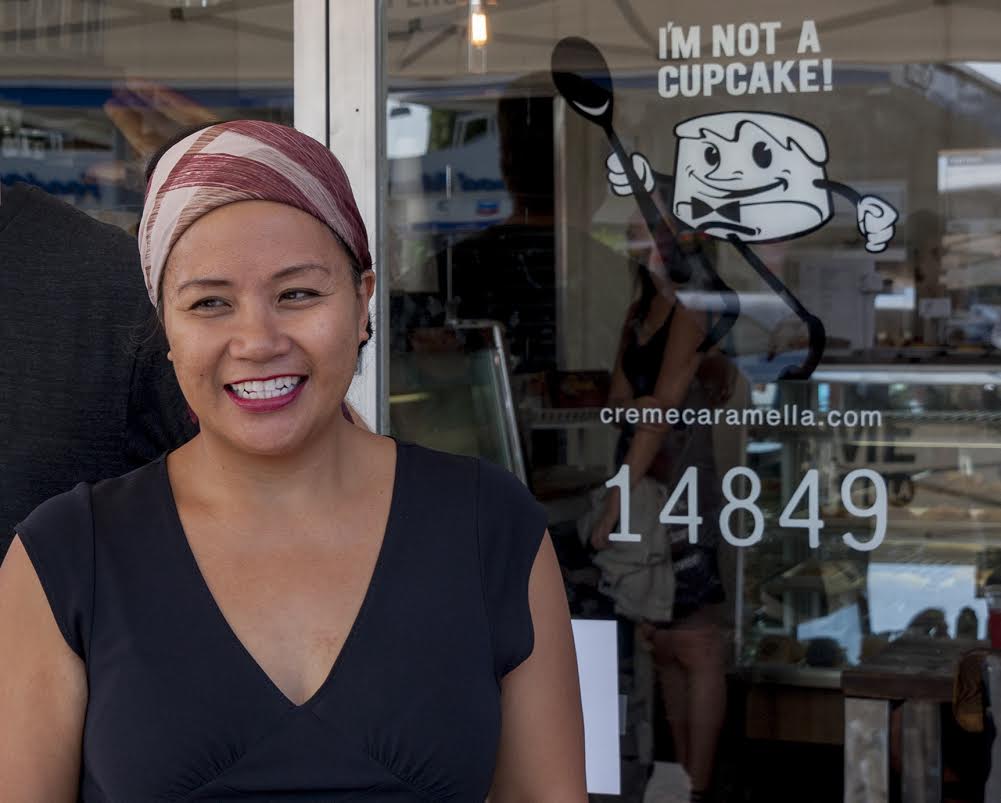 Crème Caramel LA’s ube flan and other Filipino sweets have exploded in local popularity along with Filipino cuisine’s rise in LA. “Not just Filipino food, but ube specifically,” de la Cruz tells Citizine, citing social media as a perfect visual platform for the bright purple dessert.
But what exactly is ube, you ask? “Ube is a purple yam from the Philippines,” de la Cruz explains. Traditionally, “[it] is mixed with cream and sugar and made into a pudding called halaya.” Another popular dish, Halo-halo, combines shaved ice, fruit, and nuts and is topped with ube ice cream. De la Cruz strayed from tradition, though, when she put ube into a leche flan some seven years ago. She completely sold out of it, and has been dreaming up new ube pairings ever since.
“Anytime we add ube to something, it goes crazy,” she says. “Don’t let the purple deter you. It’s delicious.”
We don't need any convincing, so de la Cruz gave us the scoop on where to find the best ube treats in the Southland. 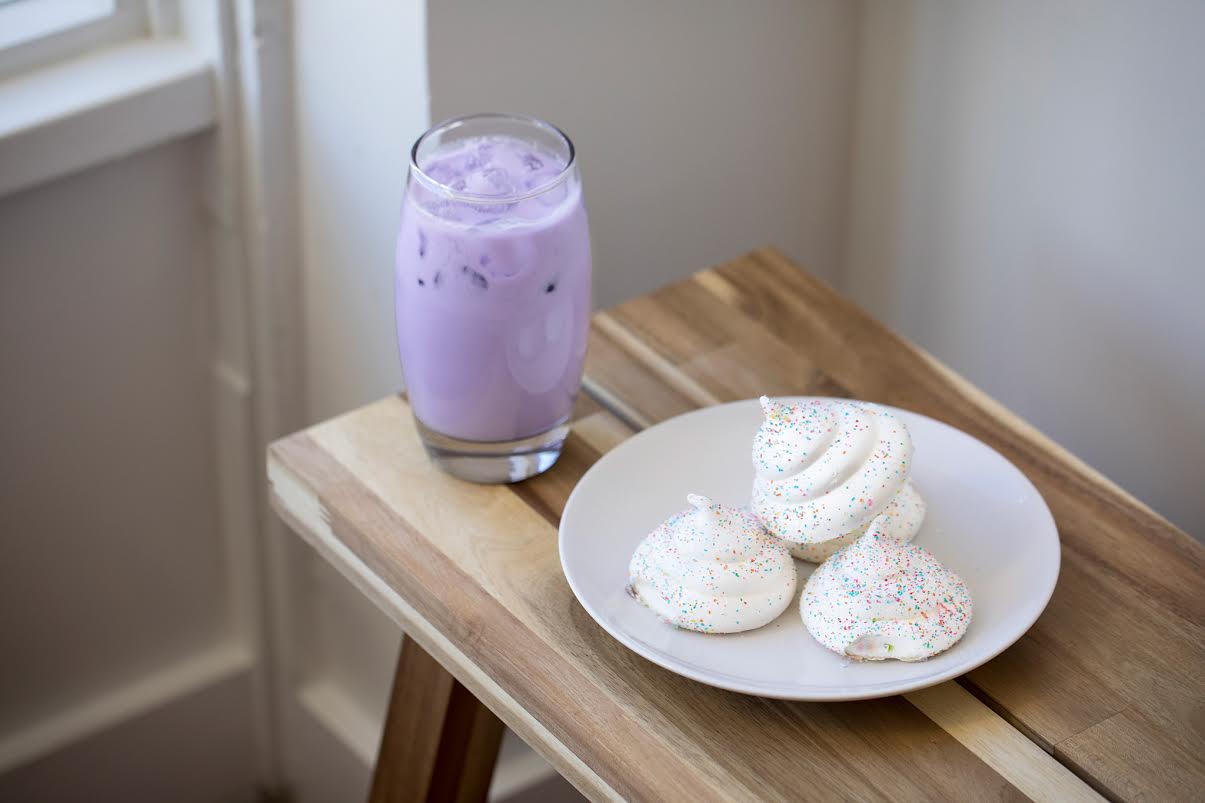 Multiple Locations, $
Kristine de la Cruz: Leelin is one of the old-school Filipino bakeries. They were doing
this even before the ube kick.

Multiple Locations, $
KdlC: Another old-school bakery. They do ube cakes, ube rolls and this great halaya
in a roll.

Multiple Locations, $$
KdlC: Their ube malted crunch is one of my favorites. The also have an ube waffle
cone. [The owners] are Filipino, but their ube flavors were inspired by their travels.

KdlC: Isa Fabro is a local pastry chef who does pop-ups around town. She does an ube pie with peanuts. Her pies are fantastic.

Pasadena, Artesia, $
KdlC: They do a flan ube cupcake that is a moist ube cupcake with flan on top instead of frosting. They also have ube truffles.

Silver Lake / Sherman Oaks, $ / $$
KdlC: We have ube creme caramel, ube upside-down pie, ube vegan horchata, ube chia-seed pudding, ube purplie, and an ube scone. We added an ube macapuno cheesecake, more recently. We used to have a cheesecake with ube during the holidays. It was really popular, so we kept it. We’re going to be doing even more ube things soon, too.

Northridge, $
KdlC: They do these ube pancakes with the ube baked into the pancakes. 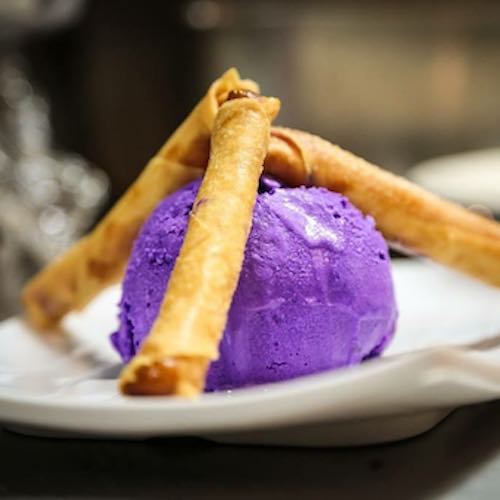 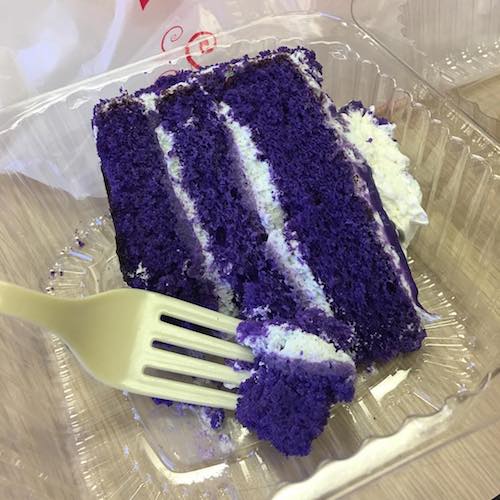 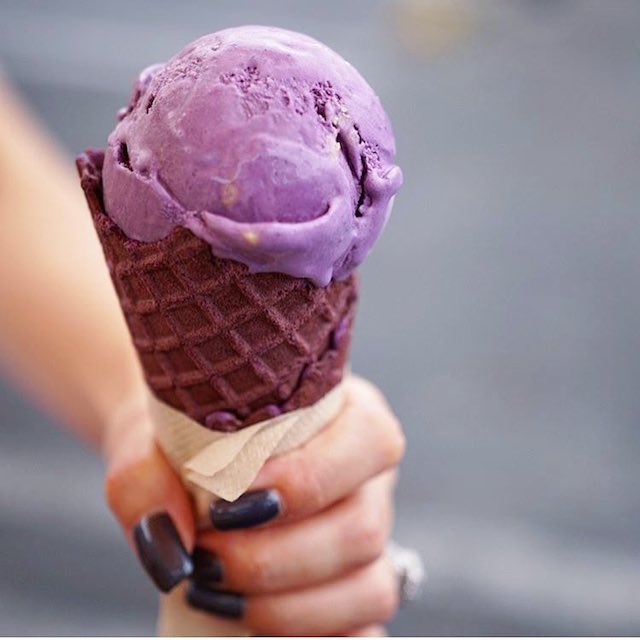 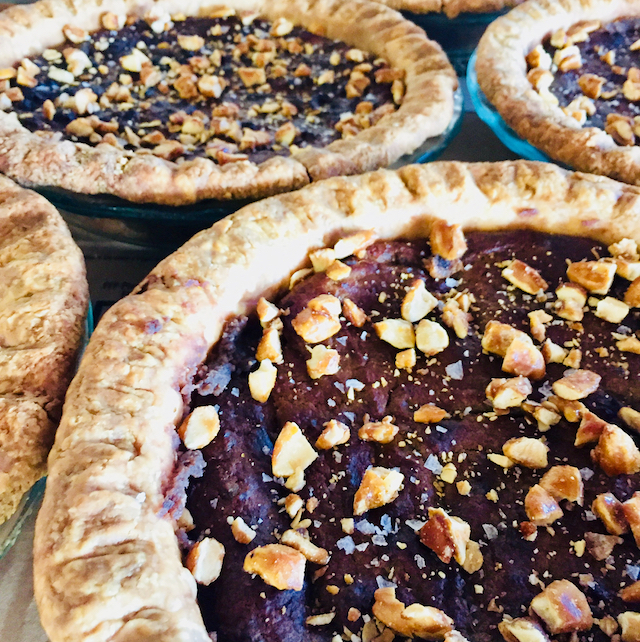 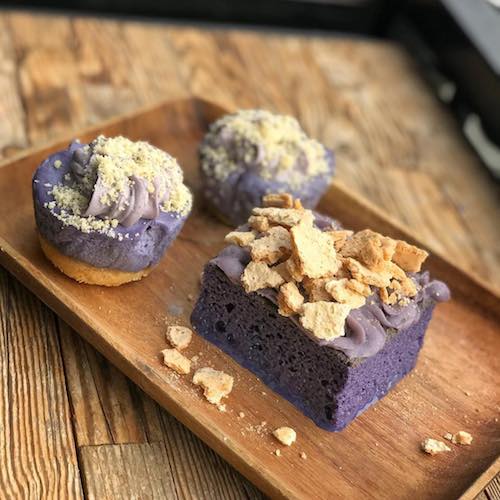 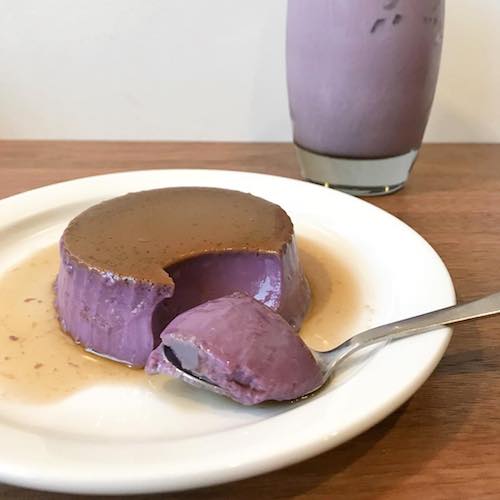 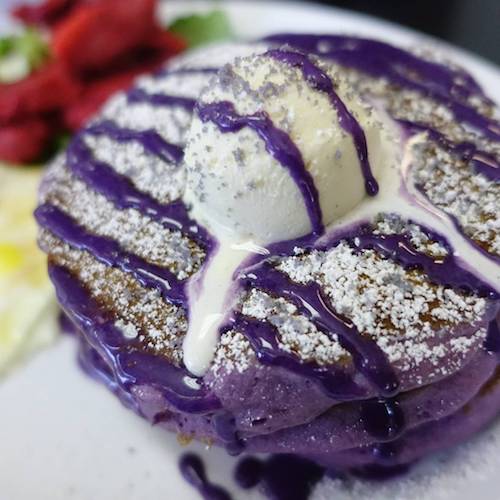 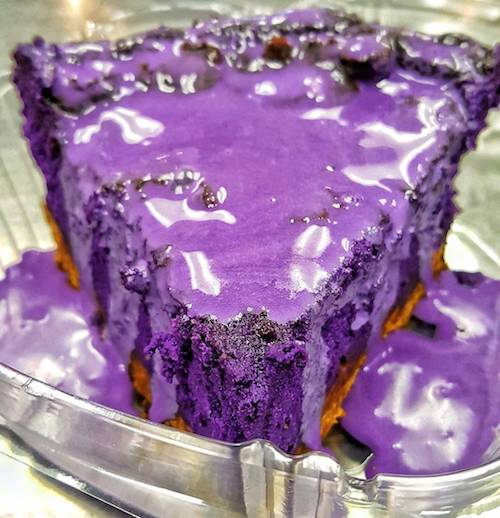 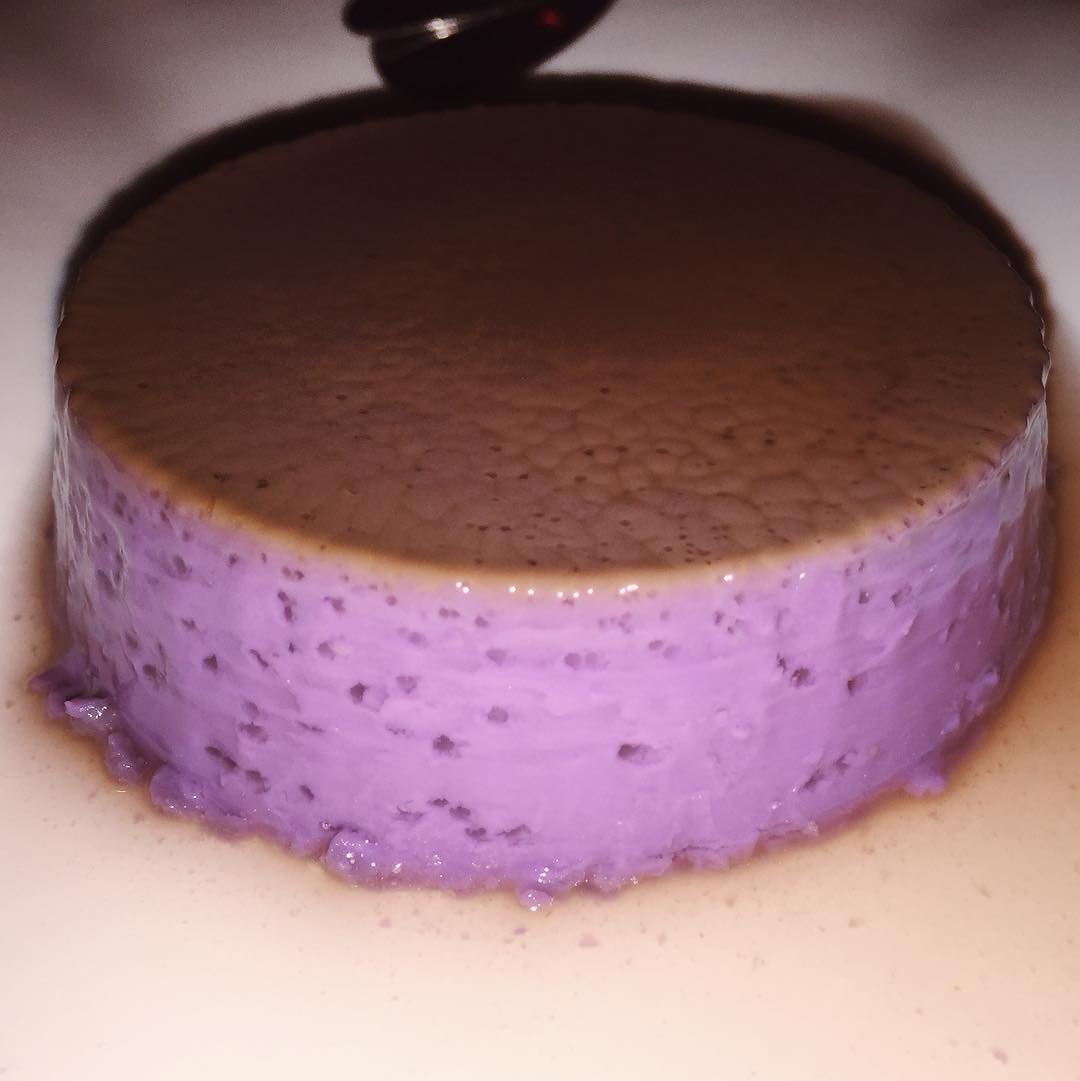 The Park's Finest courtesy of @acts68 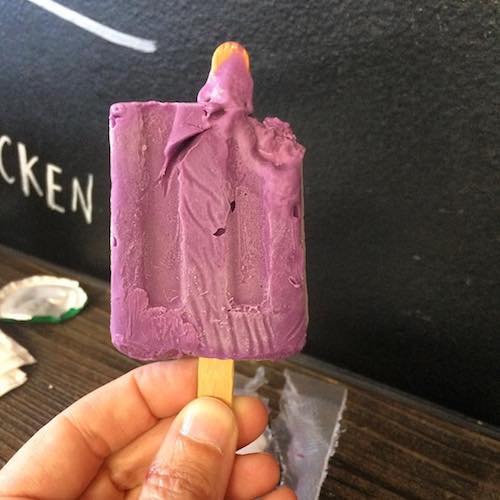