With deep house blasting and mojitos on the mind, DJ duo POSSO takes us on a nostalgic journey along Malibu's Pacific Coast Highway

LA-based DJ duo POSSO has a knack for making the old feel oh-so-very new. As part-time designers, they single-handedly brought back 19th-century shoe covers, called spats, from obscurity, putting a little glide in the strides of Rihanna, Lady Gaga and David Beckham. You gotta admit that convincing superstars to dress like Mr. Peanut took some serious swagger. Fortunately for POSSO, they’ve got plenty to spare. 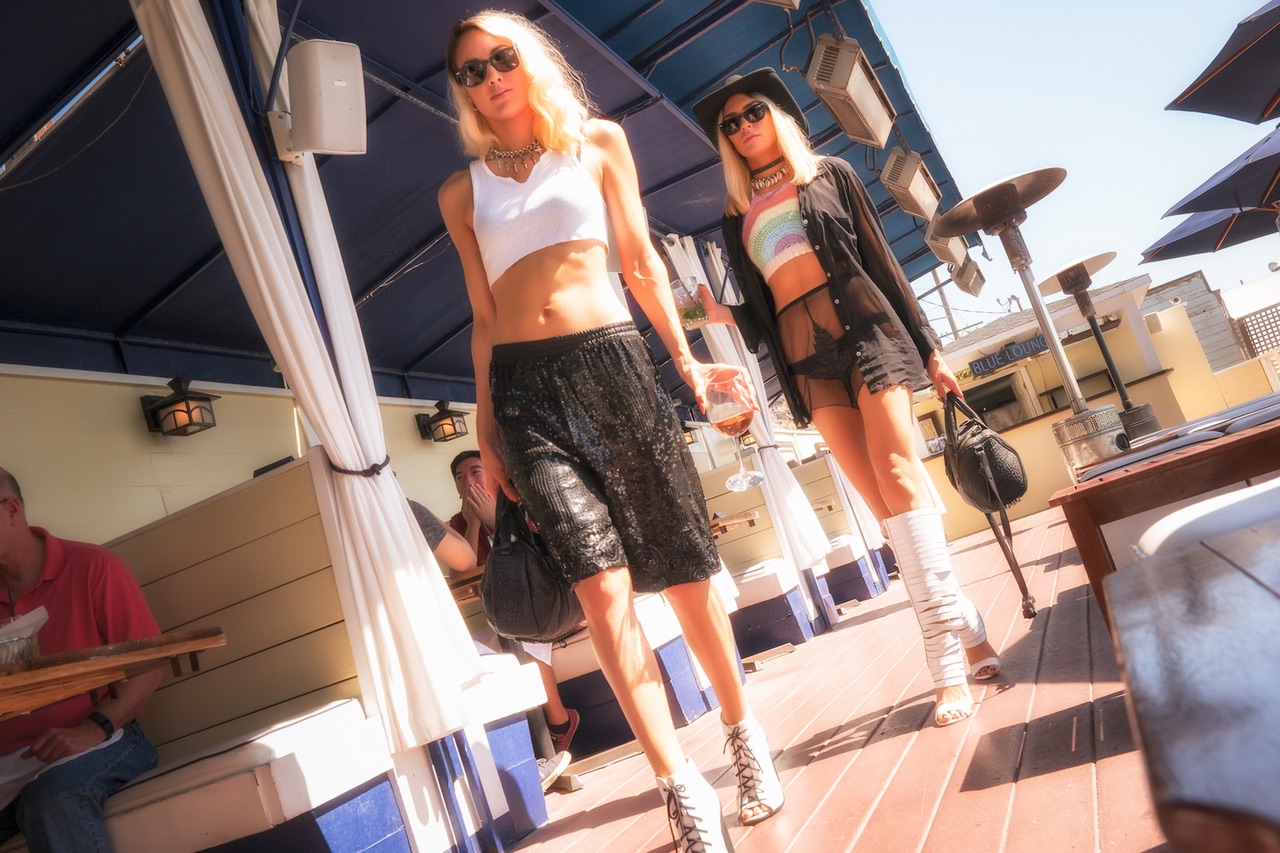 When you look this good, even Malibu eateries function as high fashion runways.

Lifelong friends Marylouise Pels and Vanessa Giovacchini are once again finding inspiration in the classics. With the help of a grand piano, the duo are composing original songs acoustically and translating them into both a dance record and a live DJ show. POSSO also plan to release a piano version of each dance track they compose for the album.
But all work and no play make Jane a dull girl. So we begged POSSO to take a break from the studio and let us tag along during their perfect day in LA—set to the soundtrack of their choosing, of course. Fittingly, POSSO chose a playlist inspired by old-school house music and took us on scenic drive along the Pacific Coast Highway to Moonshadows restaurant in Malibu, Calif.
Known simply as “the Bu” by locals and surfers alike, Malibu covers more than 20 miles of stunning coastline. It’s the home of Hollywood starlets, bros in boardshorts, overpriced grocery stores, Taco Tuesday, historic hiking trails and Pamela Anderson lookalikes (oh yeah … and Pam Anderson too). POSSO chose Malibu not so much for its inherent beach chic glamour but because, well, they’re suckers for nostalgia.

Driving down PCH with your PIC is pretty much what dreams are made of. 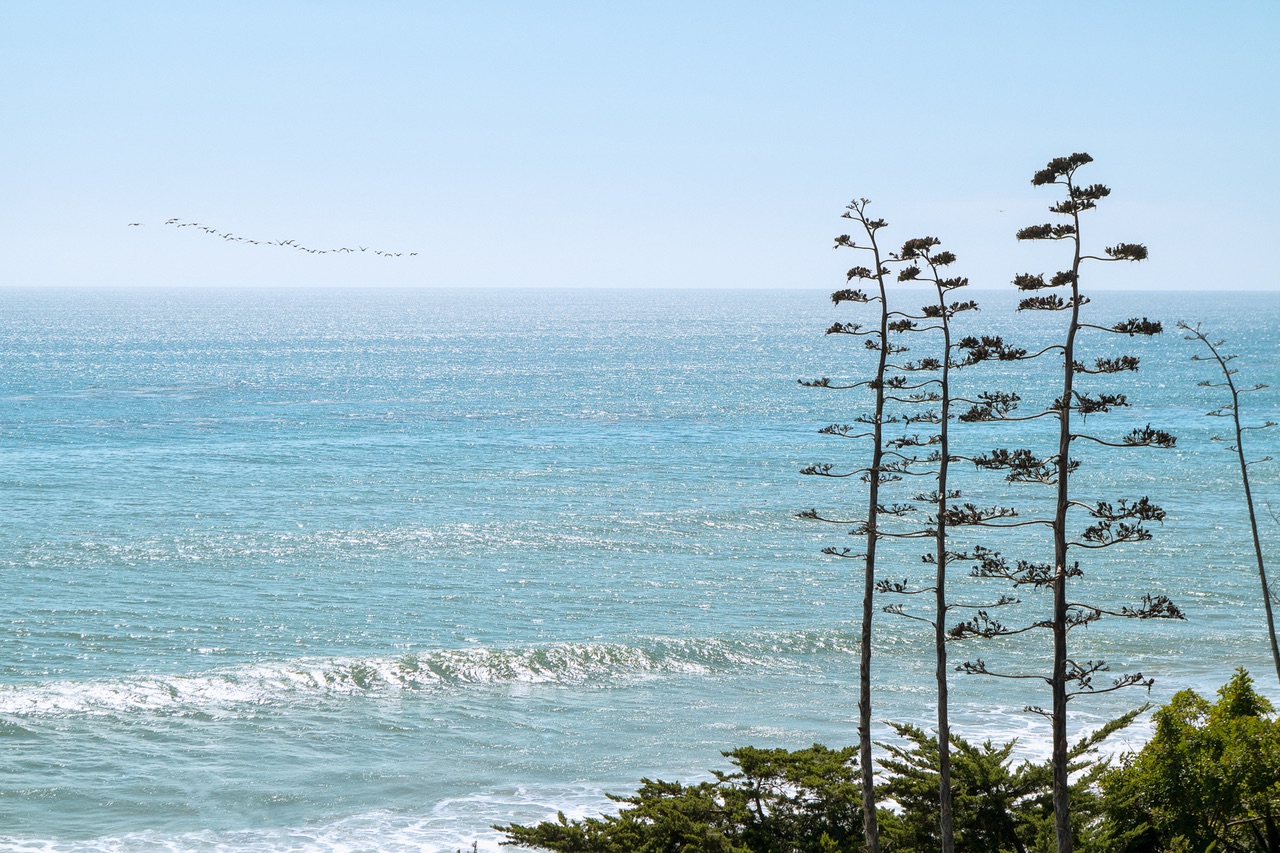 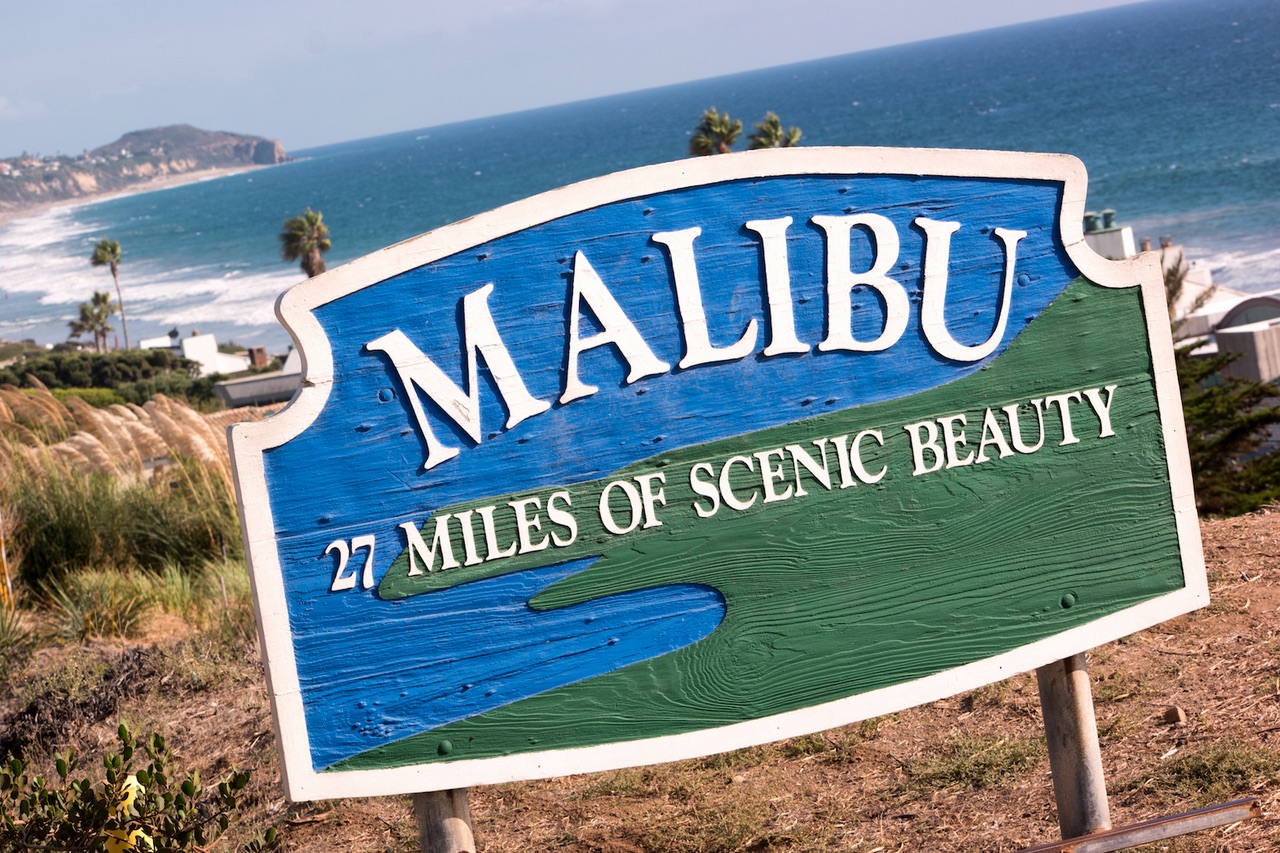 “We would drive to Malibu a lot when we were underage to listen to house music, and Moonshadows was that magical local spot right on the water where there was often a DJ executing the vibe perfectly ... and everyone was drinking mojitos,” they reminisced. “The house music we listened to back then, Mark Farina, Miguel Migs, everyone on the Naked Music [label], was meant to be listened to on the beach. Moonshadows was that rare, perfect place for that, and it kinda blew our minds.” 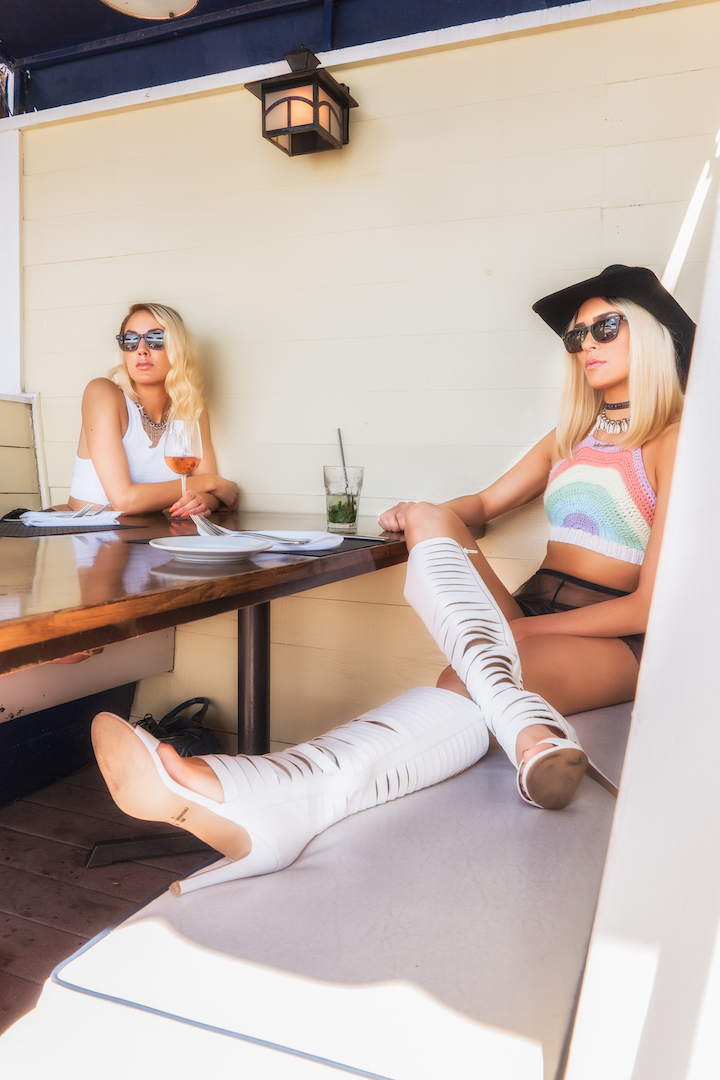 Sometimes it's hard to be this fabulous, but in Malibu—it just comes naturally. 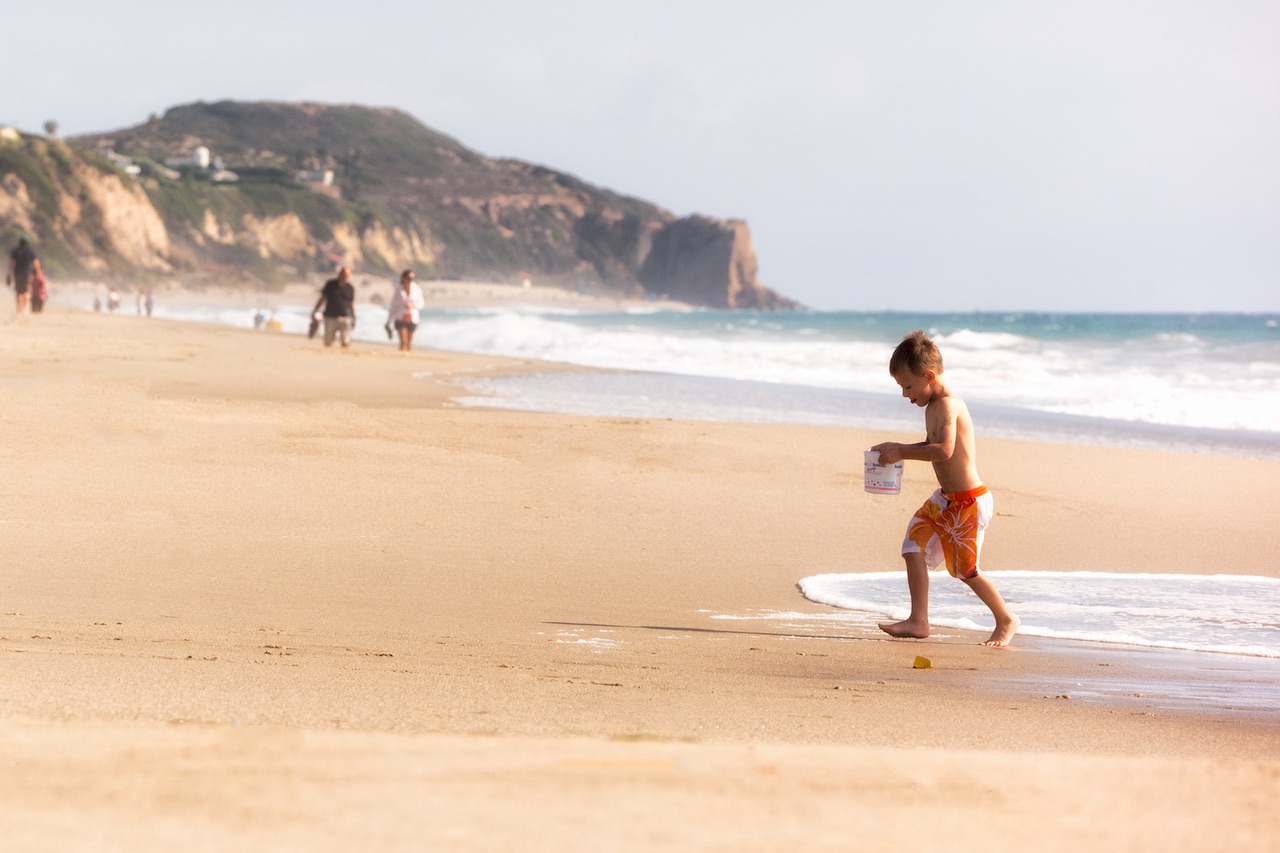 Unlike most of LA's beaches, Malibu's are clean and pristine. 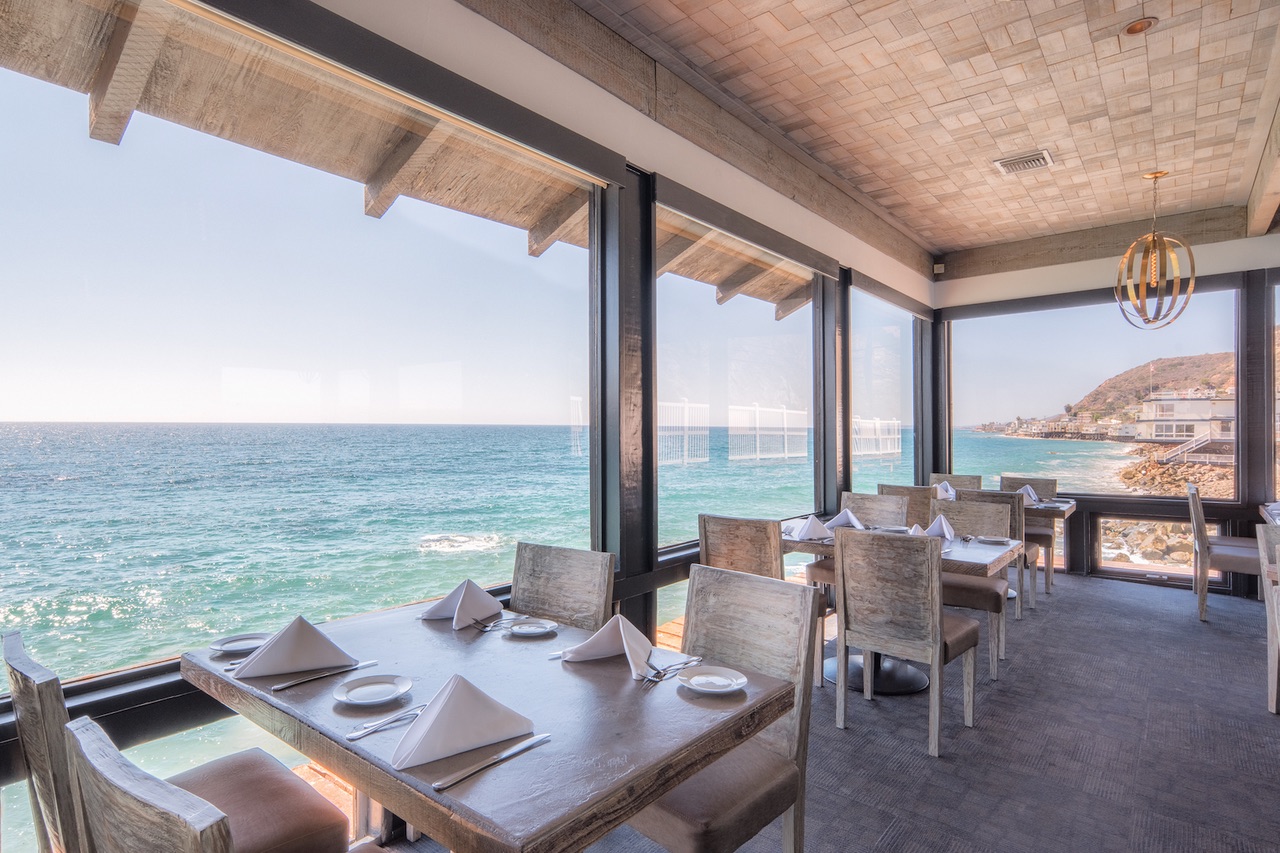 At Moonshadows, indulge in food and drink while hovering over the Pacific.

What follows is a playlist hand-selected by POSSO for a drive from LA’s Beachwood Cafe toward the glamorous beaches along the Pacific Coast Highway. They’ve broken down each track, telling us why it’s the perfect fit for California cruising.
So grab a pair of heart-shaped sunglasses, set your GPS to Moonshadows and Tune In.
1. Stardust—Music Sounds Better With You (Eat More Cake Remix // 2014 Edit)
"This is such a dope remix of the original french house classic … anything stripped down to piano like that with escalating drum patterns just smells like the beach."
2. Repique feat. Midnight Mother (Original Mix)
"Groovy, vibe-y, with a touch of cinematic Tarantino-style guitar, this track feels like vacation. We like our tech house on the melodic side, and Remy Le Duc is great at it."
3. Calvin Harris & Disciples—How Deep Is Your Love (Chris Lake Remix)
"Most people would agree that this song is undeniable—and Chris Lake brings his own smart vocal chop style to this remix."
4. St. Germain—So Flute (Cleavage Edit)
"We wanted to include some old classic house tracks in this playlist that were reminiscent of us partying in Malibu, with fake ID’s going to Moonshadows and weird clubs in Hollywood. St. Germain’s album ‘Tourist’ is the authority on jazz house, looping live jazz elements and mixing it with house. This song gets us everytime and is perfect for a chic daytime beach rager."
5. George Michael—Faith (Remix By Aeroplane)
"You can’t deny Aeroplane’s beautifully grimy synths, especially on this remix. Faith is one of our favorite songs of all time song writing wise, and this remix is kind of perfect for cruising."
6. X-Press 2—Lazy (Donavan Dj Original Mix)
"This is another house throwback. David Byrne from The Talking Heads is actually singing on it, and the lyrics are geniusly tongue and cheek. Beautiful, emotive track."
7. 50 Cent—I Get It In (Sash_S Deep House Remix) Extended Mix - Supported by Shaun Frank & Kap Slap
"This is a soundcloud find, and it’s SUPER dope. We love 50, this remix is fun and unexpected."
8. Tough Love Feat Ginuwine—Pony (Jump On It) Radio Edit
"This track is one of those delightfully rare songs that you can listen to in your car and play at the club—and it goes off. Obsessed with this one."
9. POSSO—Last Night A DJ Saved My Life (Andrew Masta Remix)
"Andrew Masta’s remix of our track is bouncy, groovy and fuuuuun. We had a remix competition for this track, and he was our winner."
10. Rumble (Link Wray)
"Rumble just oozes with swagu. Musically it's hyper-simplistic, but it's also quite cinematic and transports you to this 1960s surfer fantasy. Just listening to it at home, we feel like we’re cruising down the coast on some sort of adventure."
Get Citizine Updates Here 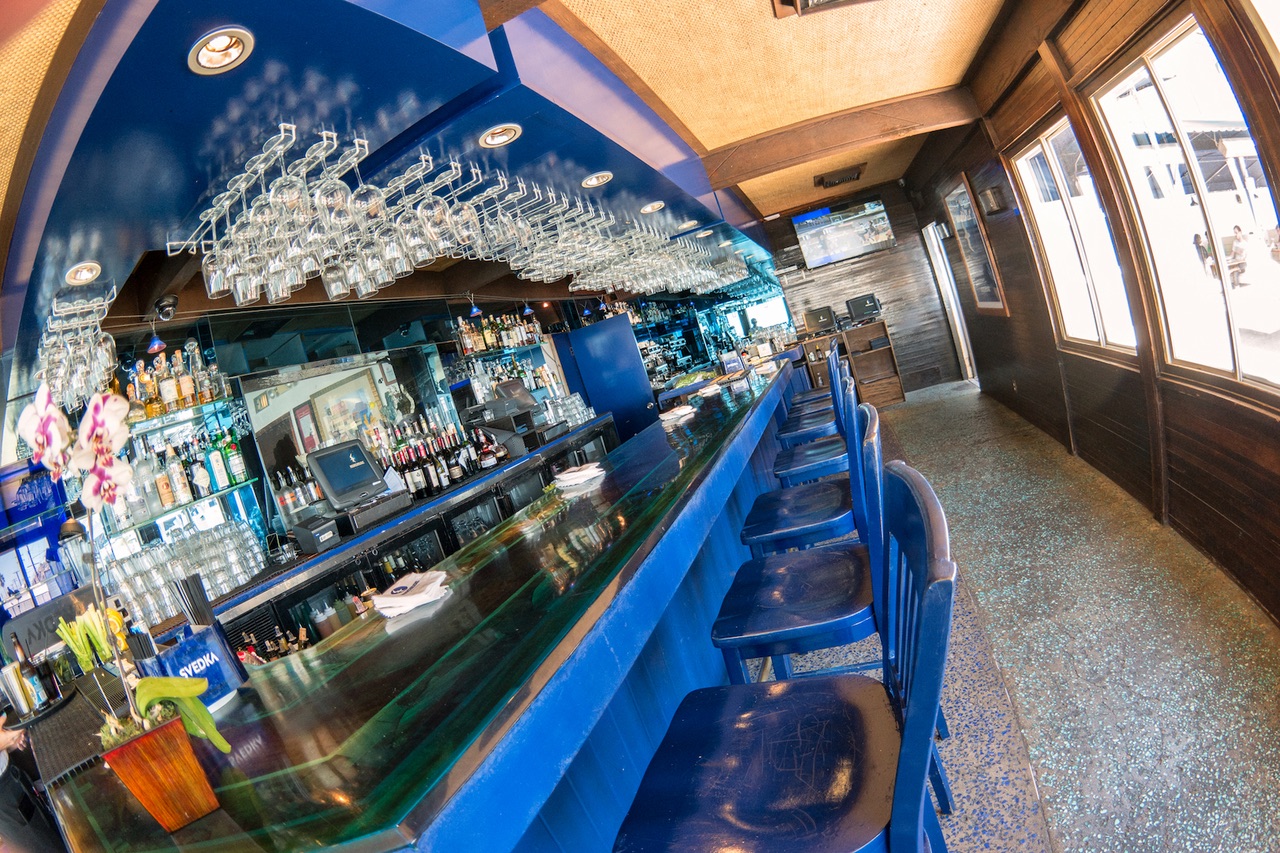 Rest your esteemed behind here for a drink or three. 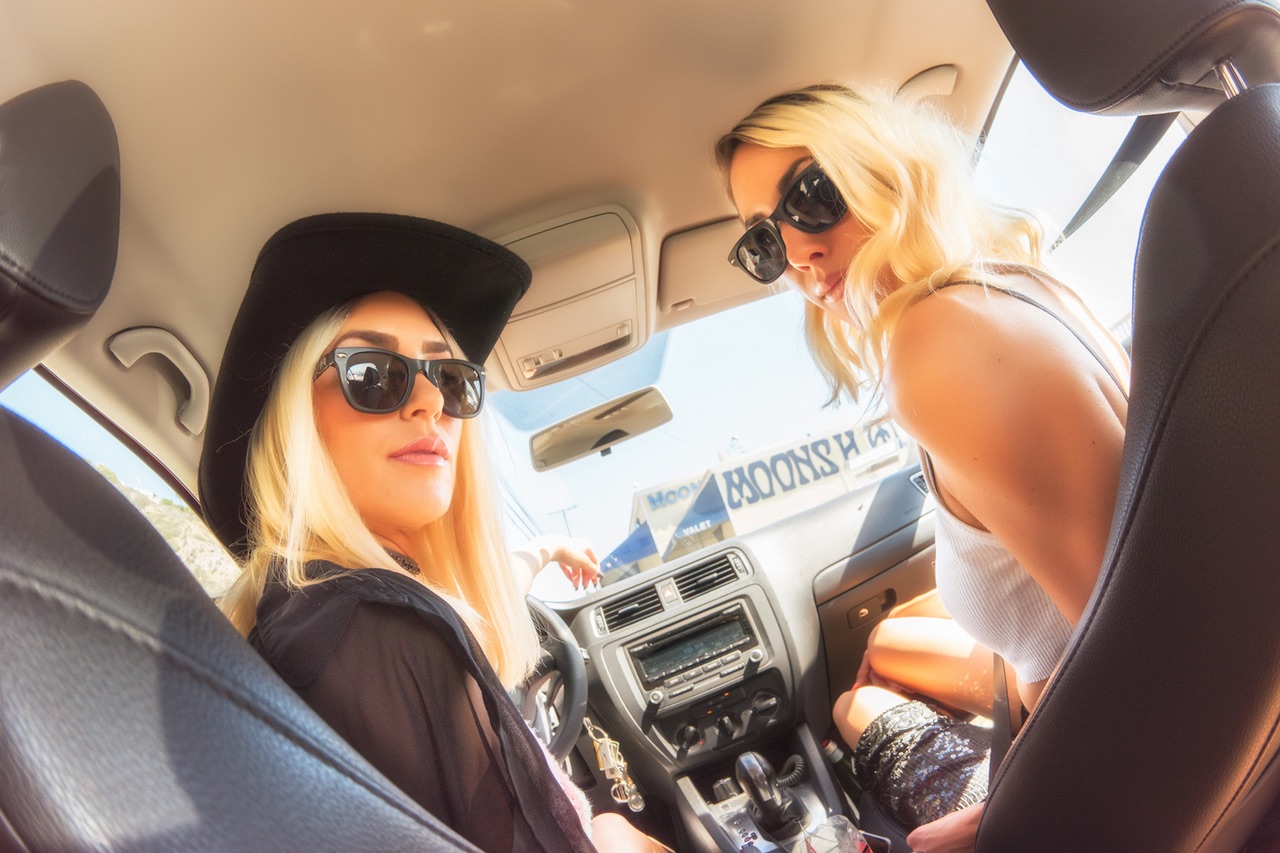 Even in traffic, a drive down PCH is like a mini vacation.

When you arrive at Moonshadows, do as the ladies suggest: Start out with a dozen oysters and a bottle of rosé and then proceed with some mojitos.
You might consider taking an Uber home.