The pot roast goddess on where to ‘steak’ out the best steakhouse in Los Angeles and beyond.

Chef Suzanne Tracht loves a good steak. Some would even say she is the Queen of Meat in Los Angeles—though she’s quick to add that she loves her veggies too. The mastermind behind JAR, the long-running (15 years!), critically-acclaimed steakhouse, Suzanne dishes out a menu filled with broils, sautées and braises. But it’s her signature pot roast that’s perpetually praised. LA’s ultimate foodie Jonathan Gold calls it, “superlative.”

A self-taught chef, she began an apprenticeship under Siegbert Wendler at the four-star Arizona Biltmore at age 19 before migrating to the illustrious kitchen at Hotel Bel-Air. She would go on to become chef de cuisine at LA’s famed Campanile, where Republique now stands, and executive chef at Jozu. Under Suzanne’s adroit command, Jozu ranked number two in LA Magazine’s “Best New Restaurants.”
In 2001, Suzanne popped open the chophouse JAR (which stands for 'just another restaurant') alongside her longtime Chef de Cuisine, Preech Narkthong, where they have served cozy, familiar American food with a side of modern flair ever since. With continuous inclusions in many of LA’s top restaurant lists, including Jonathan Gold’s annual compilation, they’ve certainly proved that meat and potatoes are still a winning combo.
Suzanne has been inducted into the Fine Dining Hall of Fame and honored at the Women in Food James Beard Awards. Fans of the show Top Chef Masters will never forget her winning dish utilizing vending machine ingredients: fried shallot rings dusted with Frito flour and reduced with Dr. Pepper Aioli. Sounds good, right?
So how does Suzanne Tracht like her own meat prepped?
I love my meats medium rare, not a touch over. A perfect medium rare.
But a perfect medium rare is tough to master, so we wanted to know who she trusts to sear it for her just right. Read on for her top picks for when she’s craving steak in Los Angeles (and beyond):
Get Citizine Updates Here

Beverly Grove, $$$
There are so many great steaks at JAR, but my favorite is the ribeye. I start off with some oysters on the half shell, then maybe an iceberg lettuce wedge with blue cheese and thinly shaved red onions and then comes a 14 oz. ribeye, cooked medium rare. I usually invite a friend to have dinner with me because my eyes are always bigger than my
stomach—and because that's what friends are for. 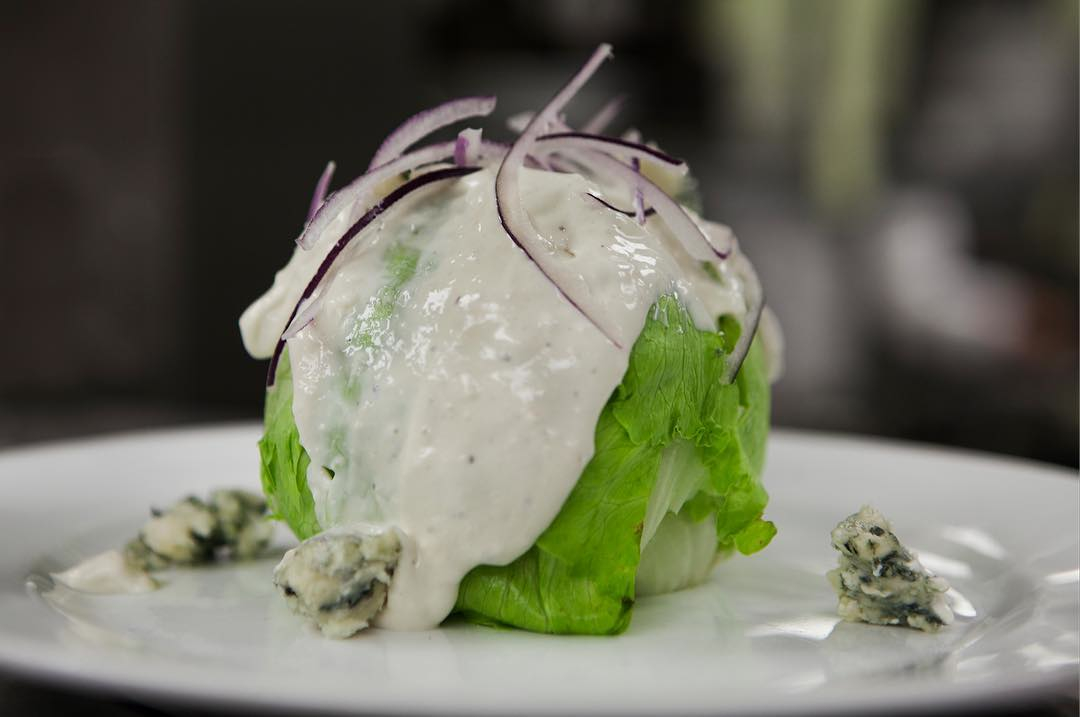 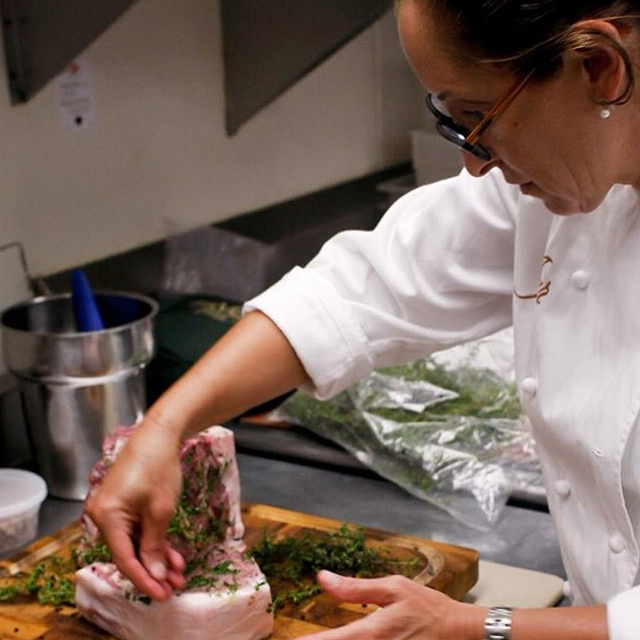 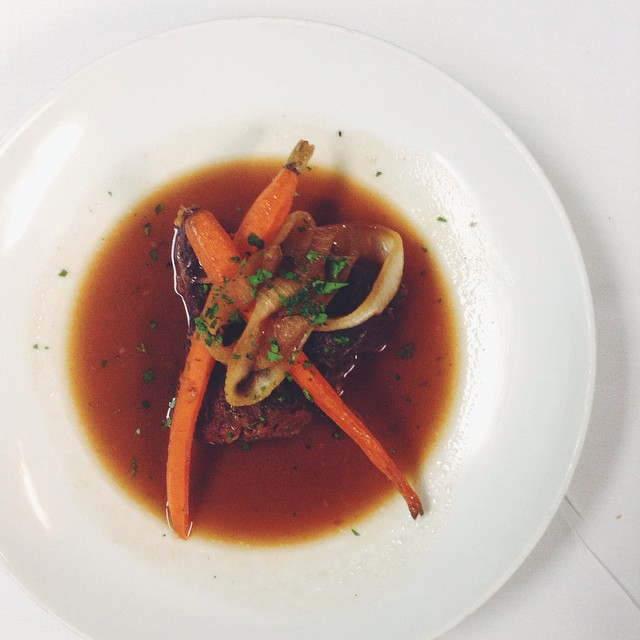 Beverly Hills, $$$
Every couple of years I like to go to Lawry’s for prime rib dinner. Medium rare. My favorite is the Yorkshire pudding and the spinning salad. 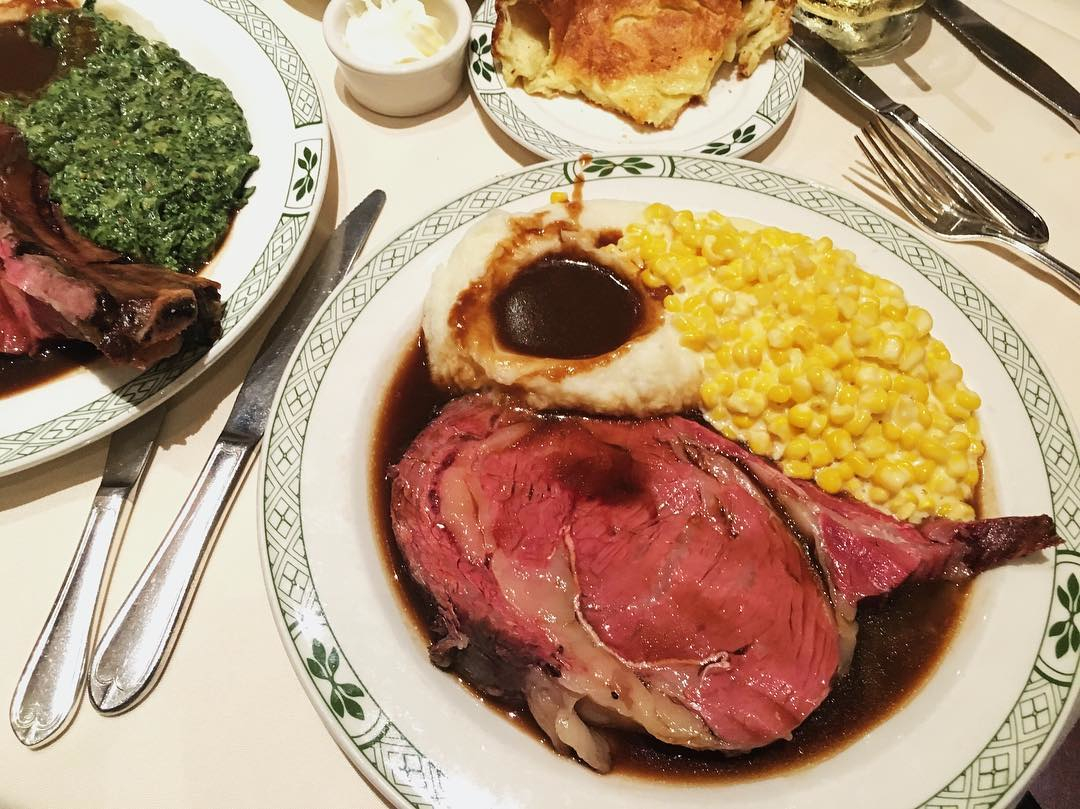 Hancock Park, $$$$
One of my favorite places to go is Chi Spacca. Even though I have my own chophouse, once in a while you have to get out of your house and eat somewhere else. I like the bistecca fiorentina. Definitely bring an appetite when you eat there, because not only are the portions huge, you’ll want to order everything on the menu. 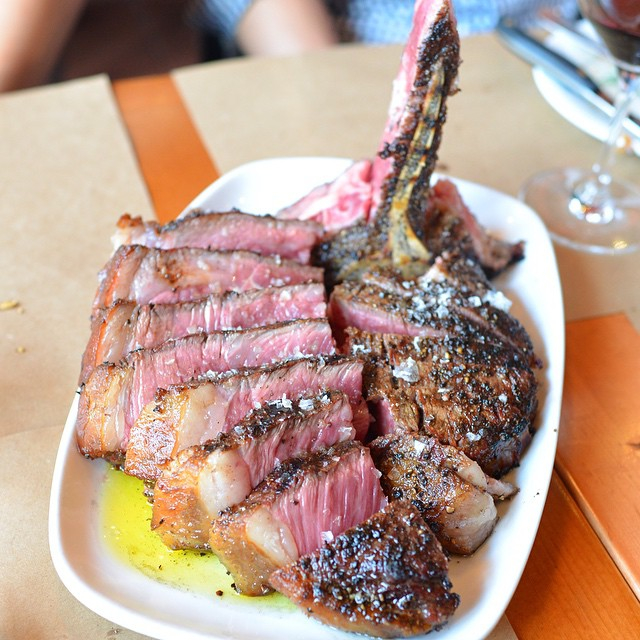 Where to Shop Meat Locally

Farmers Market, Fairfax, $$
I like to shop with Jim in the dry-aged room. I love a big double cut bone-in ribeye or a prime porterhouse. I like to take it home, relax, have a glass of wine, and grill it on a charcoal grill in my backyard. 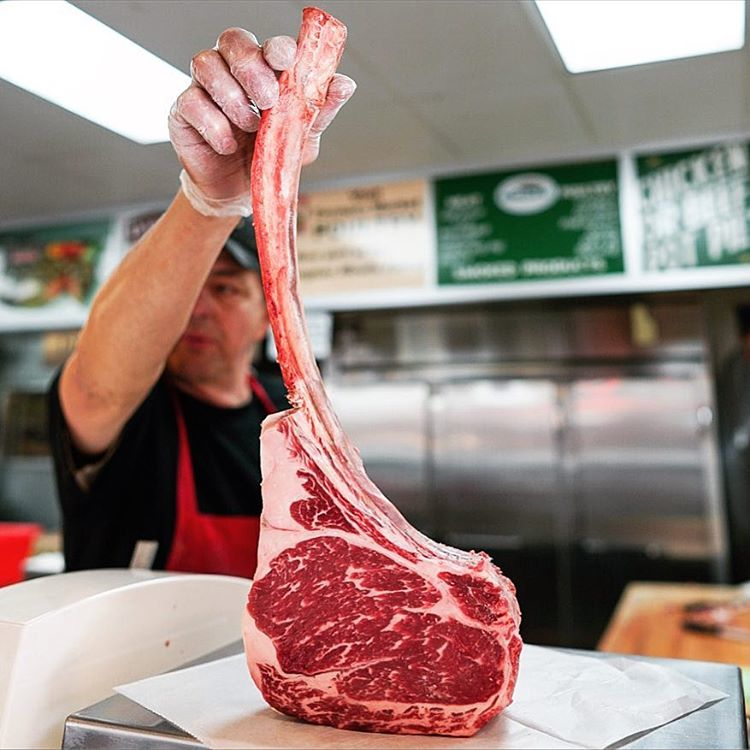 … And Steaks Outside of LA

Nipomo (near San Luis Obispo), $$
If you feel like keeping it real and getting out of LA, I love Jocko’s. The meat is grilled to perfection over a wood burning fire. Why wouldn’t that taste good? Plus all the fixings—which at Jocko's means saltine crackers and salsa (I know! It sounds strange, but it's perfect), crudités, pinquito beans and garlic bread. It’s good to go there with a group of people so you could try it all—from the ribs to the steaks. If you stay overnight, you can always return the next morning for their equally spectacular breakfast menu. 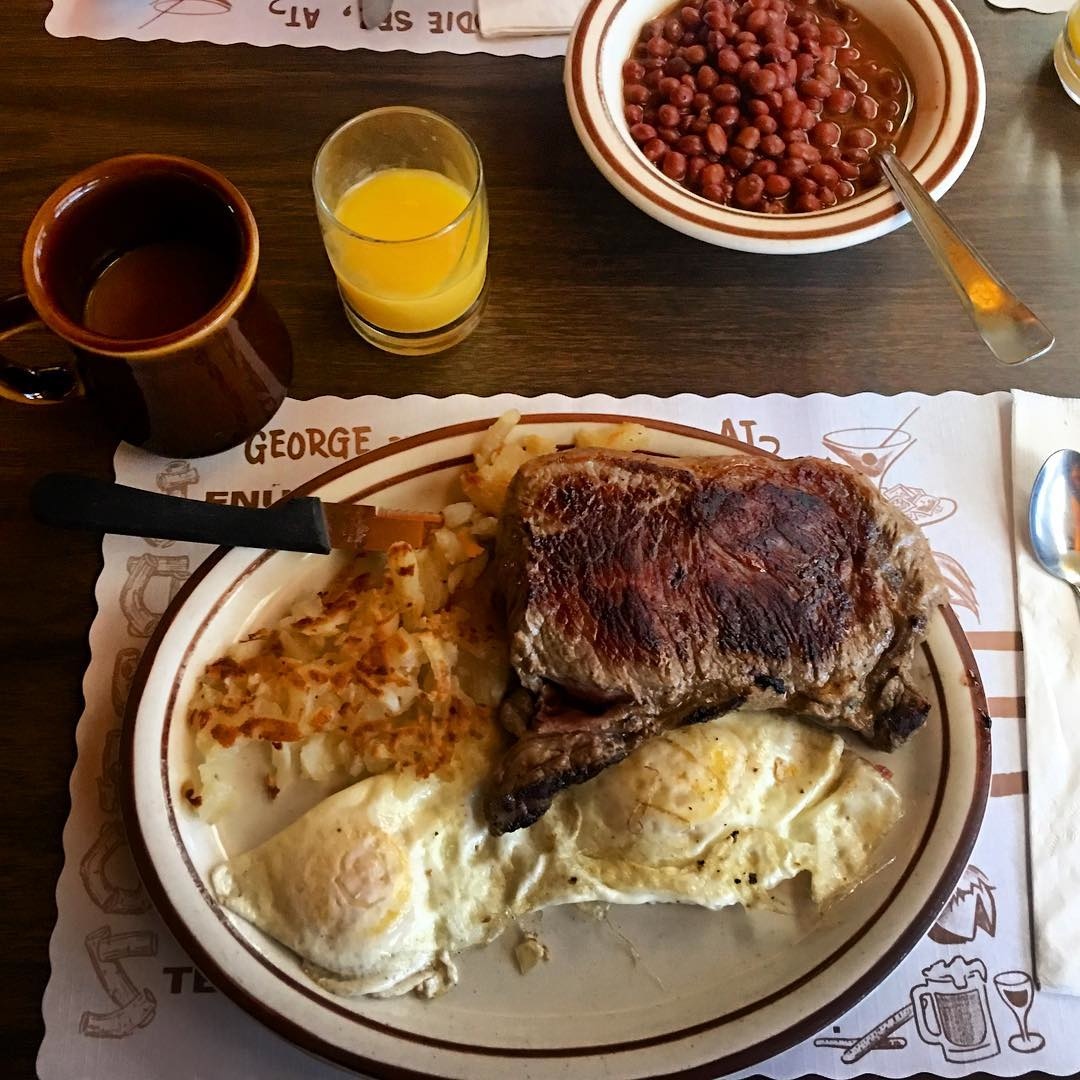 Steak and eggs at Jocko’s. Image courtesy of @tyler_elwell

Brooklyn NY, $$$$
One of my favorite places ever. If you’ve been to New York and you’ve never been to Peter Luger’s, get there. 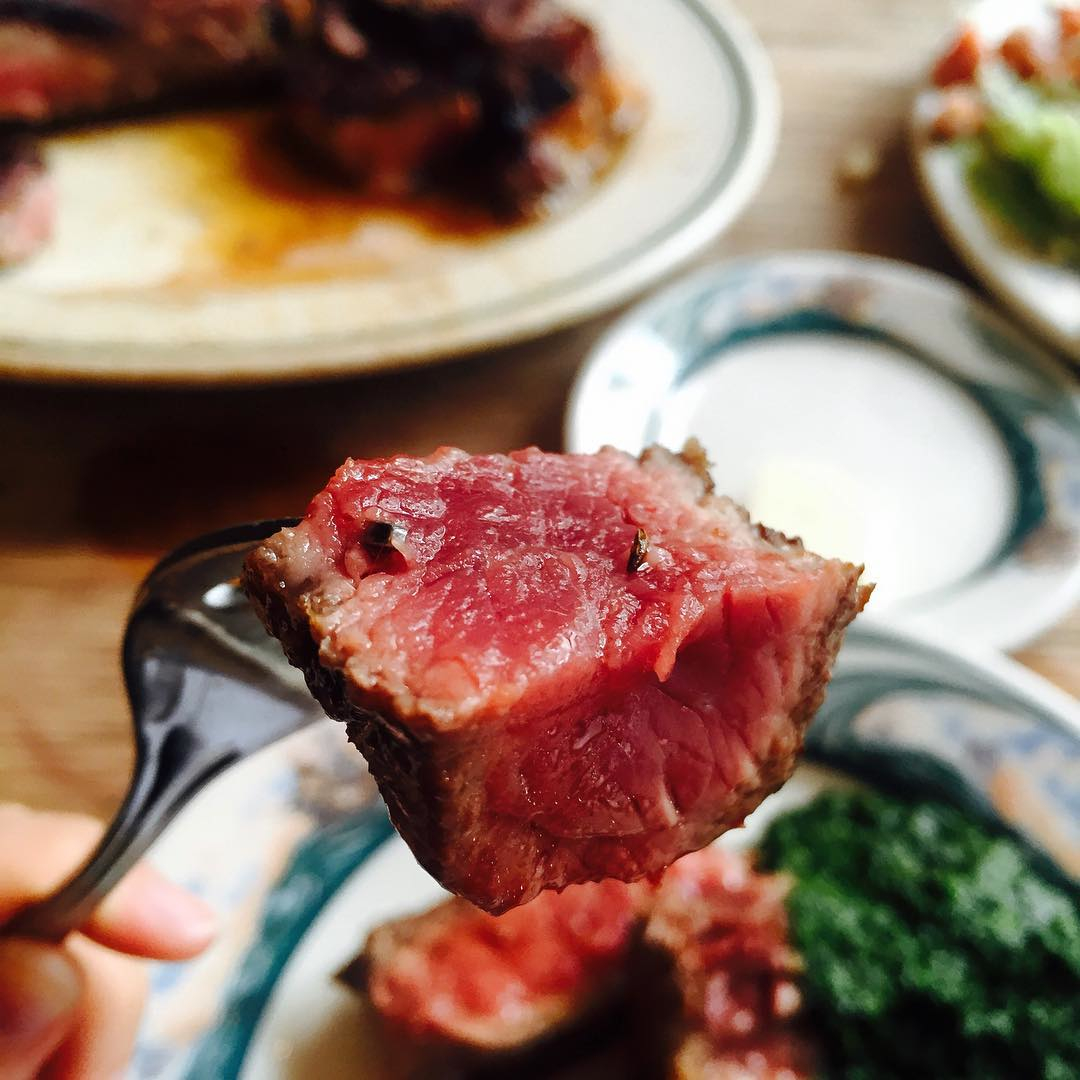 For more chef-recommended restaurants in LA, check out: