By hiding from the mainstream, Bodega pays tribute to the culture that created the business.

“It goes without saying that we at Bodega are fervently, wholeheartedly in favor of hidden doors, and the things that might be found behind them,” the shoe and streetwear brand’s website reads. And one of the brand’s co-owners, Jay Gordon, proves it in explaining Bodega’s Los Angeles location at ROW DTLA, which is set to open in February 2018.
"We’re in the corner, hidden behind another store. Customers have to find us. We’re not on the ROW directory. We have no phone. We want everything to be word of mouth, which I think adds to the experience.”
Get Citizine Updates Here
Founded in Boston in 2006, Bodega became one of Beantown’s most popular sneaker and streetwear stores despite being tucked away behind a convenience store. As the brand flourished in Boston, the shoe-crazy owners decided to spring a pop-up across the world in Tokyo. The pop-up was only designed for a three-month run but it thrived, and stretched its lease for an entire year.
Now Bodega, which is helmed by co-owners Dan Notola, Oliver Mak and Jay Gordon, is coming up on the opening of its second permanent location in DTLA’s The ROW, an ambitious retail and office space project occupying three brooding warehouses in the Arts District off of Alameda.
Camouflaged within the complex, Bodega will style Los Angeles in some of the freshest kicks on the market as well as high-end streetwear from companies like Nanamica, Needles, Neighborhood, Sasquatchfabrix and many others. “Our job as the retailer is to bring the customer the best brands. Right now we are focusing on the best Japanese streetwear brands, only letting them go once the brands get to be too big so that we are always bringing the fresh ones forward.”
The store also showcases its own line, also called Bodega, which, from their site,  “approaches retail as installation art” with apparel, accessories, and collaborates with big-name shoe brands like Vans and Saucony for limited edition sneakers.
The brand promotes itself with against-the-grain campaign branding. Most recently, their Fall/Winter 2017 campaign featured rising models Stephanie Perez and Andrew Martinez in parking lots where they watched riders pop wheelies on dirt bikes while trappy beats play in the background. 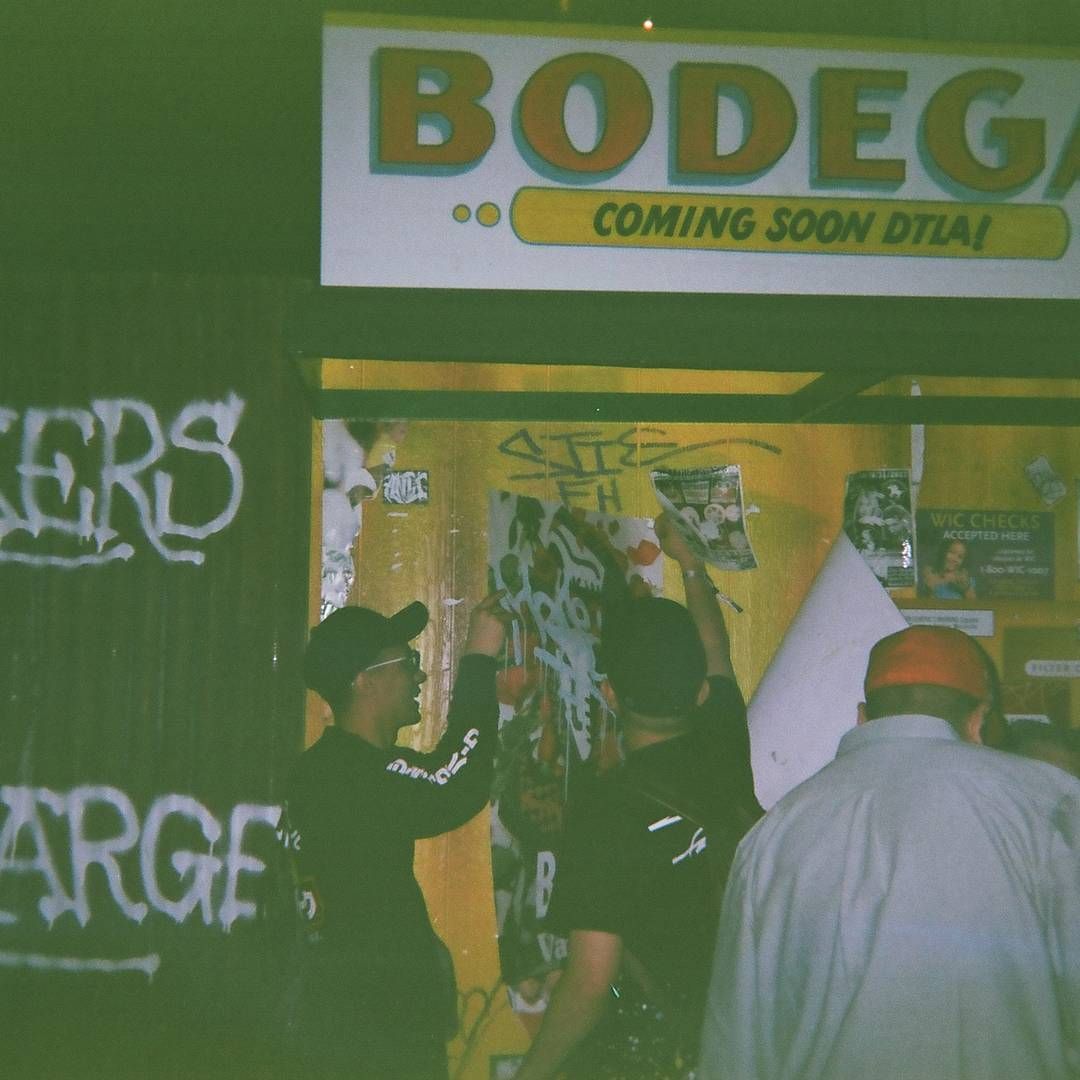 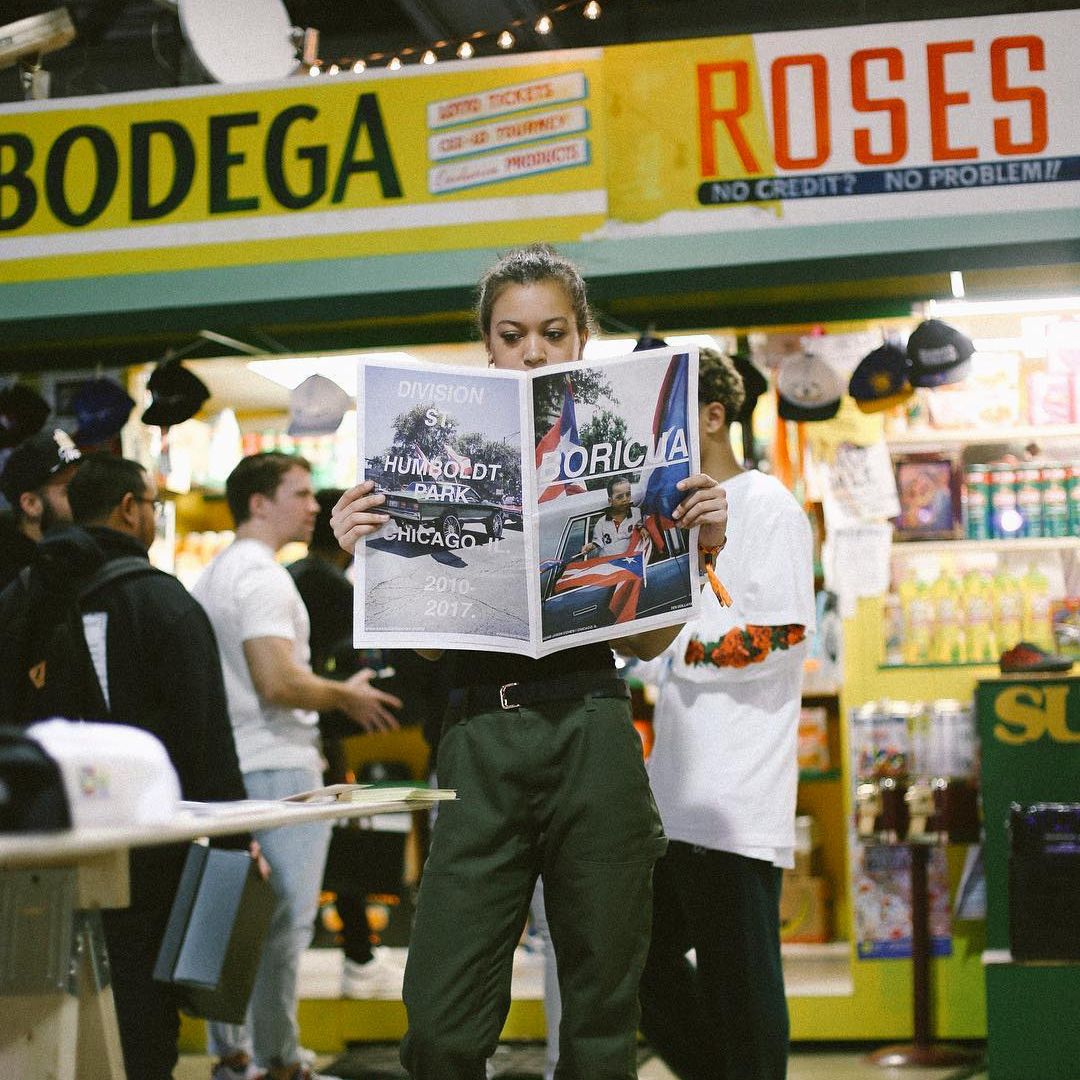 Light reads at the Bodega ComplexCon 2017 newstand courtesy of @bodega

“(Sneakers) are a social tool that create and spark conversation on the street. Of course, they can be helpful in talking to members of the opposite or same sex, whatever they’re into, but people who are really involved in the shoe game can get tips on where to get a special pair and where the best stores are, which spreads mostly by word of mouth.”
Gordon remembers being out and about in Los Angeles with his brother while wearing a pair of specialty sneakers. “This rougher group of boys passed by us and my brother asked if we should be worried,” he says. “They then passed us again and he asked if we should be worried a second time. When they walked by us the third time, one of the boys asked me where I got my shoes,” Gordon says, laughing.
“Sneakers are conversation starters; they bring people together.”
Bodega is scheduled to open in 2018 at The Row DTLA. Until then, Gordon’s top three favorite Los Angeles shoe and streetwear stores are listed below:

Long Beach
Jay Gordon: Proper is an independent store with super nice guys. They’re not the type who are looking at their phones. They're a really amazing group of guys who have been in the game a long time and do an excellent job. They’re so interactive and happy to help you find the right shoe. 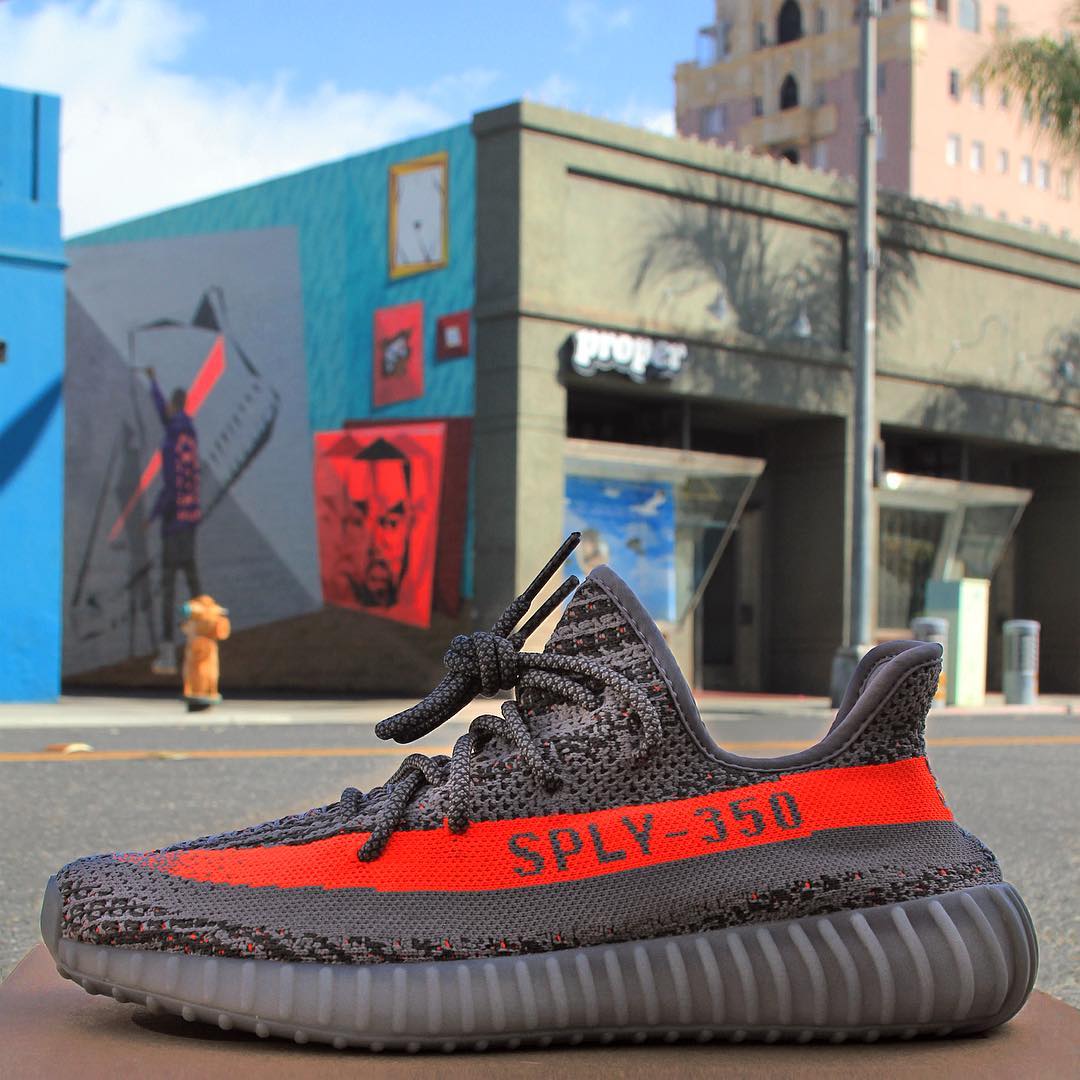 DTLA
JG: Again, some of the nicest guys in the whole business who have been so welcoming and supportive to us coming to Los Angeles. The owner is the greatest guy around. 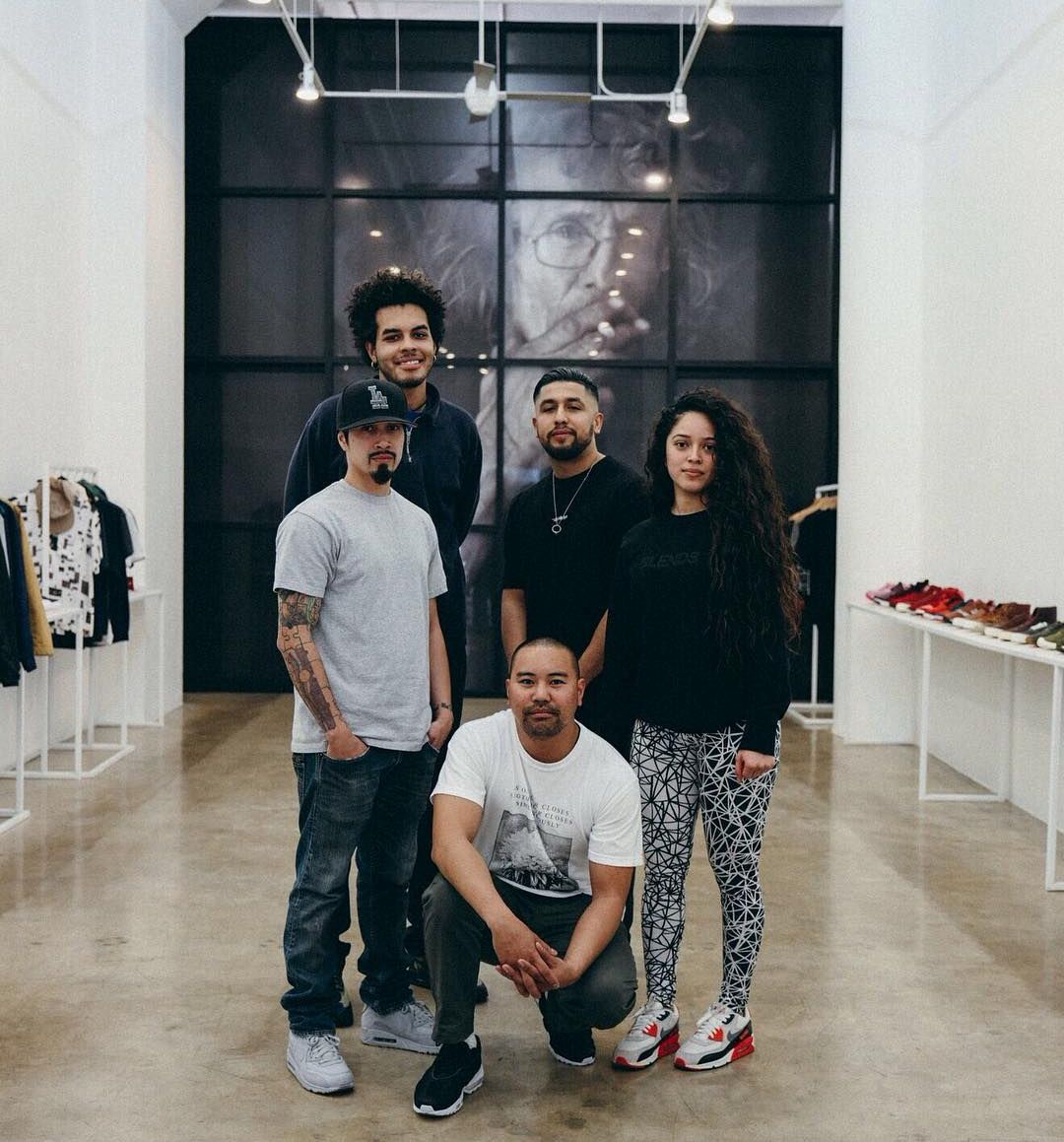 Hollywood
JG: Perhaps one of the best clothing stores in Los Angeles, if not the world. They have a really interesting brand selection and a beautiful high-end store. It’s expensive, but it’s a world class store. 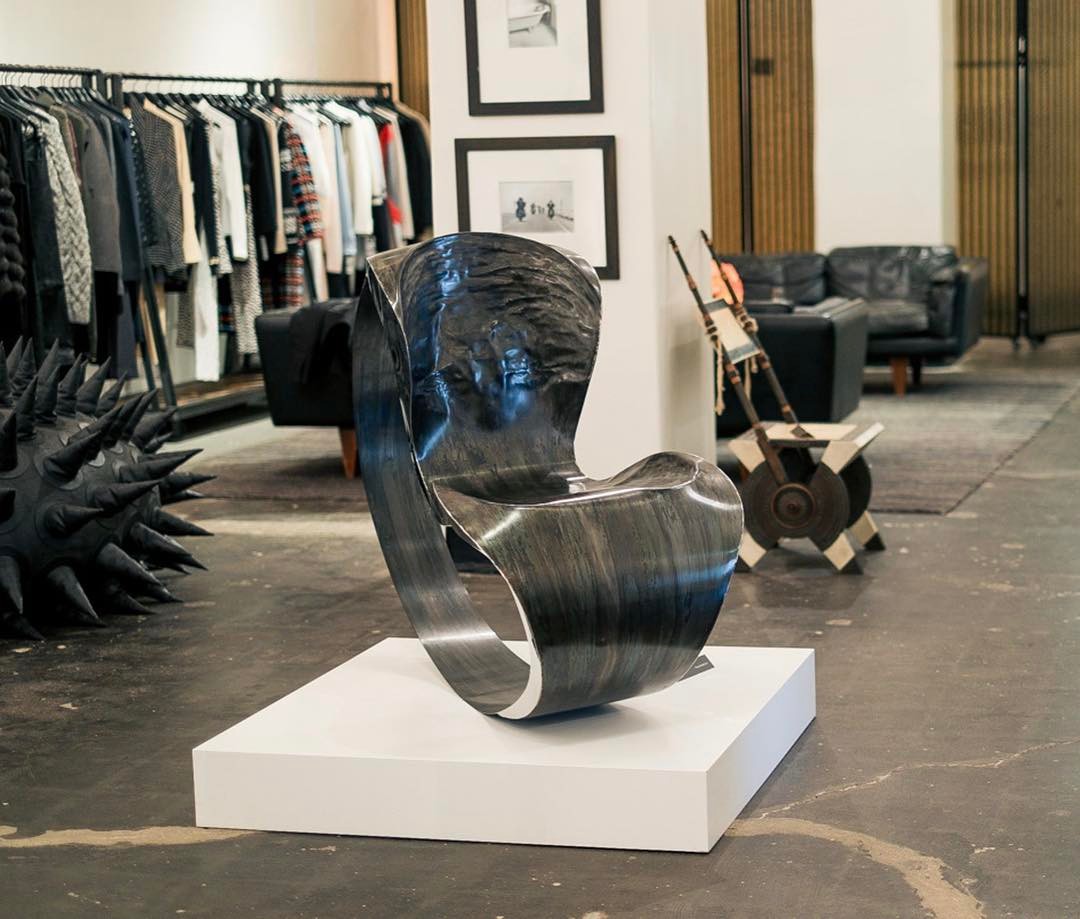