Any given sundae with dairy king Tyler Malek ...

OK, so he’s not technically an original Angeleno, but hey, who is? We’re just grateful Portlandian Tyler Malek has been sharing his euphoria-inducing, creamy goodness with us in LA since 2014. Obviously, Salt & Straw has been doing something right with two more locations opening this summer in DTLA’s Arts District and Studio City, joining the Larchmont flagship and Abbot Kinney shop.
Since 2011, when he first entered the ice cream scene in Portland, Tyler and his cousin and co-founder, Kim Malek, have created almost 300 whopping flavors of dairy (and non-dairy) bliss. But the Maleks really make us melt with their dedication to sourcing ingredients from local artisans and farmers for some seriously outlandish flavor profiles.
LA-specific flavors we’re currently drooling over include: Stumptown Coffee & Compartes Love Notes, Roasted Strawberry & Toasted White Chocolate, and the very sexy Black Olive Brittle & Goat Cheese.
As one of the Forbes “30 Under 30” Food & Drink Masters in 2015, Tyler gives us the scoop on the sweetest spots for ice cream in Los Angeles:
Get Citizine Updates Here

Larchmont and Abbot Kinney, single scoop $3.75
Tyler Malek: In our shops at Salt & Straw, I don't play favorites with flavors ... With that said, the one scoop I always go back to is our Sea Salt with Caramel Ribbons and a pump of hot fudge. I've spent five years tweaking this salted caramel combination, carefully tooling it for the perfect Guatemalan fleur de sel that helps showcase our fresh Southern California cream. We hand burn caramel until it is deep, buttery, intense and almost smoky.  We craft a fudge recipe that has bite, warmth and classic chocolate yummy-ness. 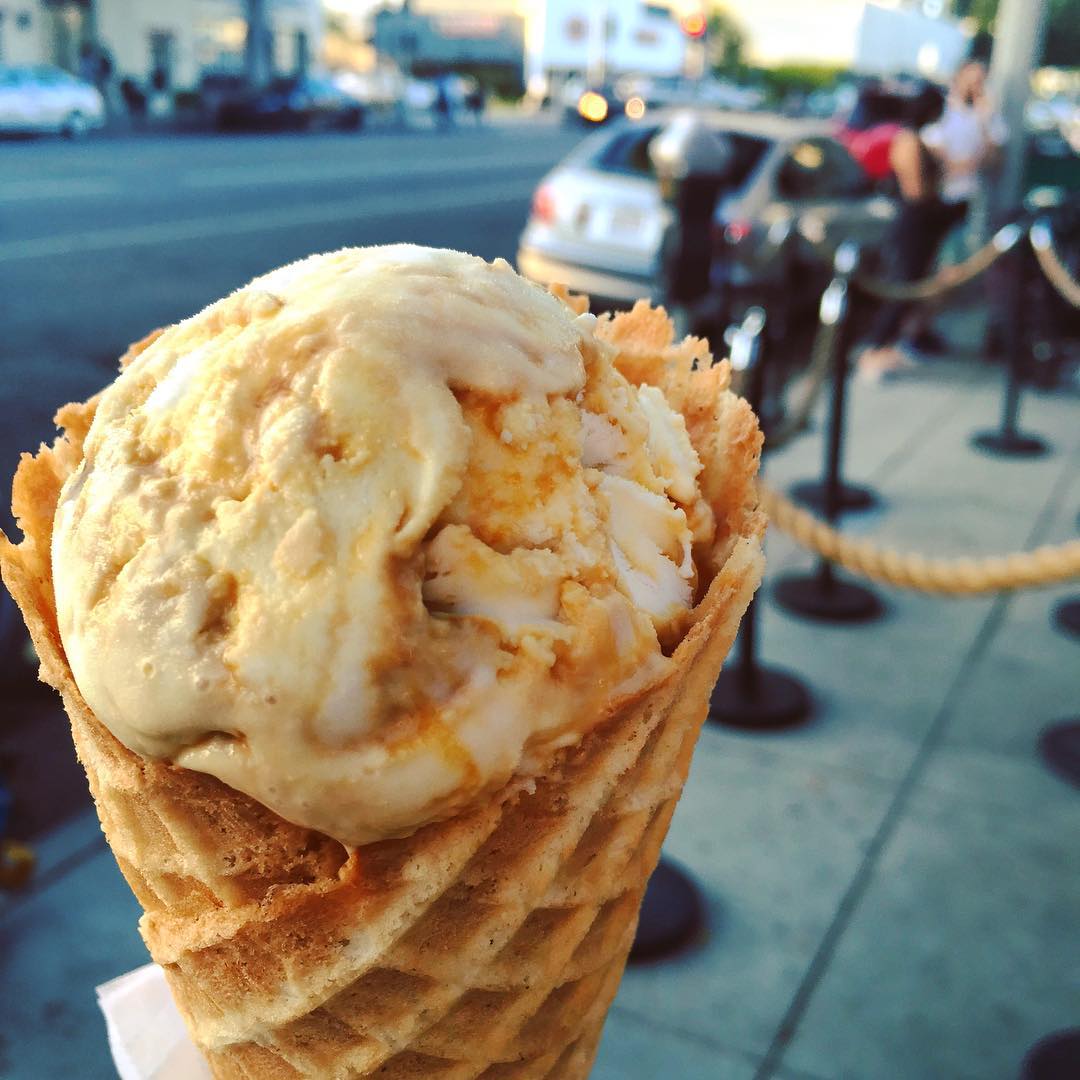 Hollywood, single scoop $4
TM: The truest representation of Persian ice cream in the country, Mashti Malone's is a treasure in the city. Many believe the first ever scoop of ice cream was conceived of and created in Persia. With that, I consider every trip to this place a mini pilgrimage in honor of the great world of ice cream wizardry. There's a sherbet flavor here called Herbal Snow that I dream of ceaselessly and have tried to replicate many times in my own kitchen. 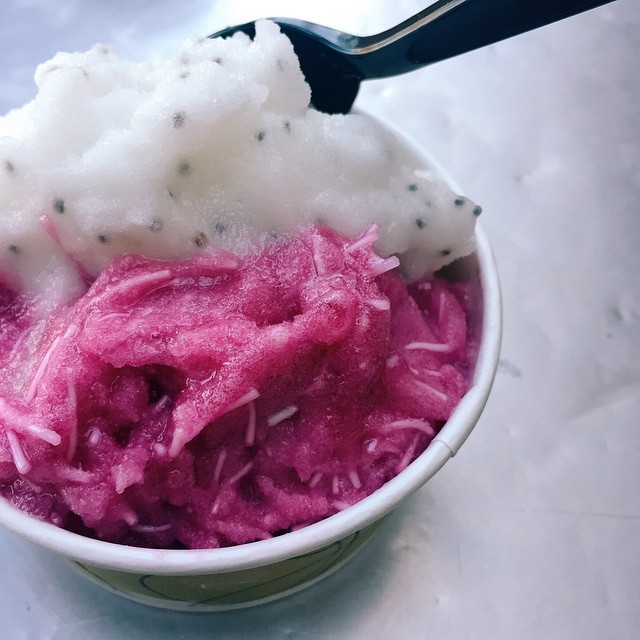 Fairfax, Waffle plates $8-10
TM: Spoon by H is for when life demands a plateful of waffles and ice cream and berries and sauces. The magic of this place cannot be explained nor captured using mere words ... you kinda have to see it to believe it. Dizzying menus and dazzling portion sizes, this has got to be one of my favorite guilty pleasures in the city. 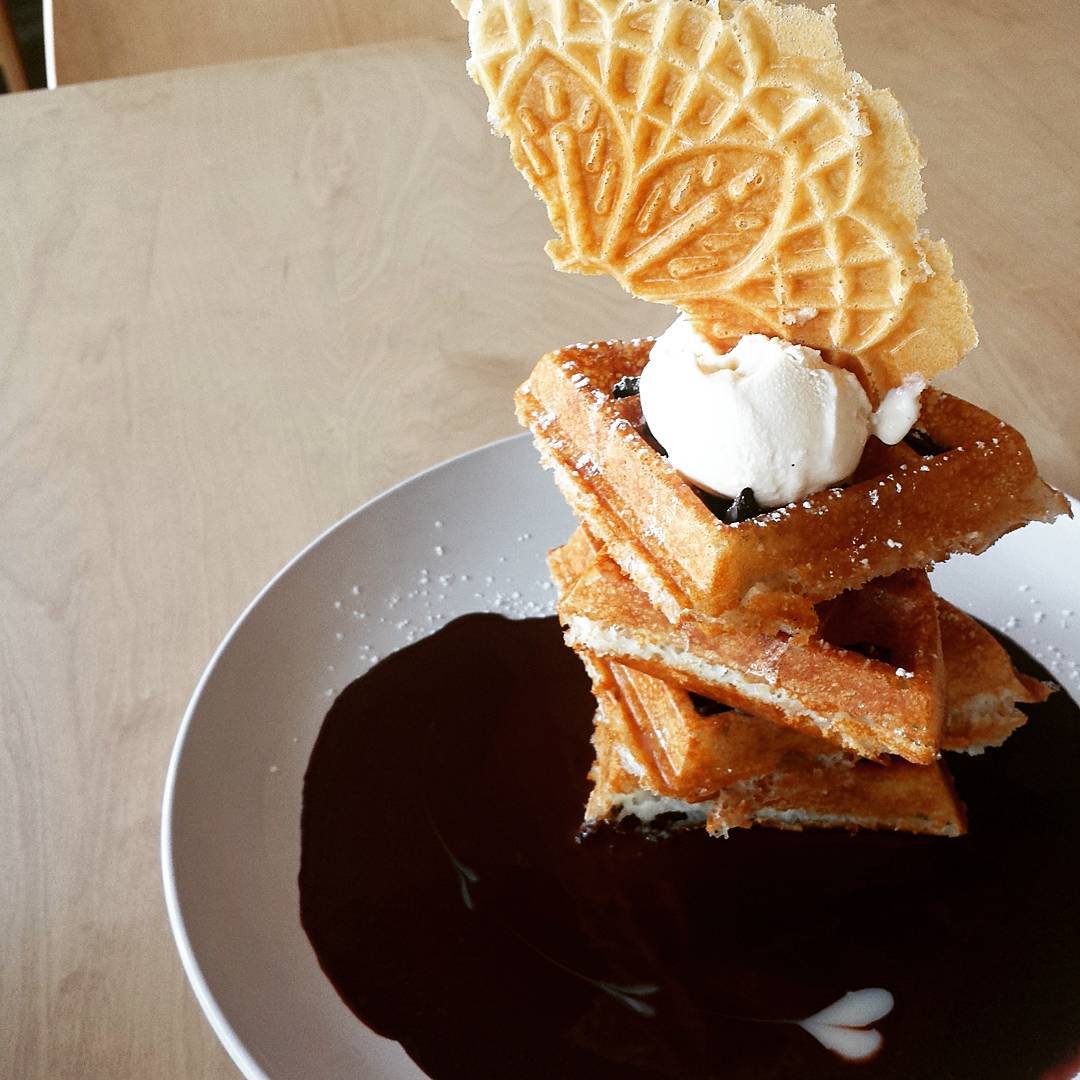 Beverly Grove, Italian Hamburger $8
TM: They call it an Italian hamburger: Toasted brioche with gianduja, caramel, and chocolate gelato. When warm, buttery, toasted brioche meets dense, brain freeze-inducing, hazelnut chocolate glory ... magic happens. I try to tell myself that my infatuation with this ice cream sandwich is purely because I was caught up in the moment, lost in chardonnay and shrimp toast foreplay, but I know that's a lie. 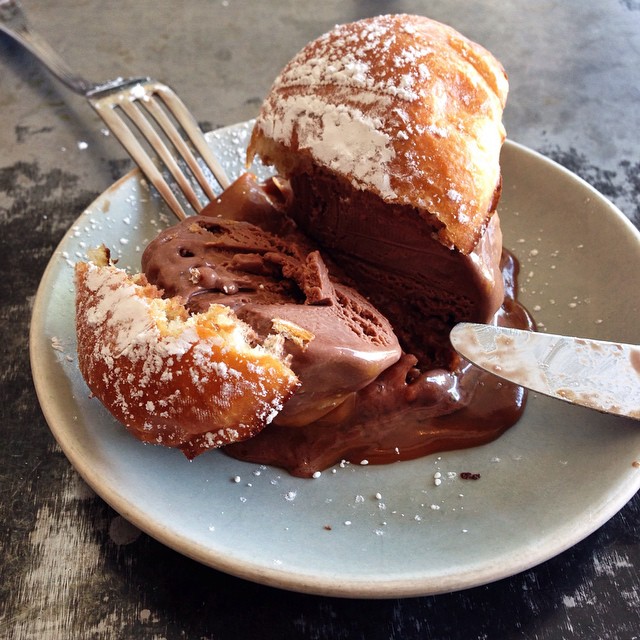 Culver City, Mid-City and DTLA, Paleta popsicles $2
TM: Paleta wonderland!!! This is the most fantastic technicolor popsicle dream sequence in the world, with unexpected flavors that are simple and clean. My favorite is to double-fist the smoked milk ice cream with a strawberry cream paleta. 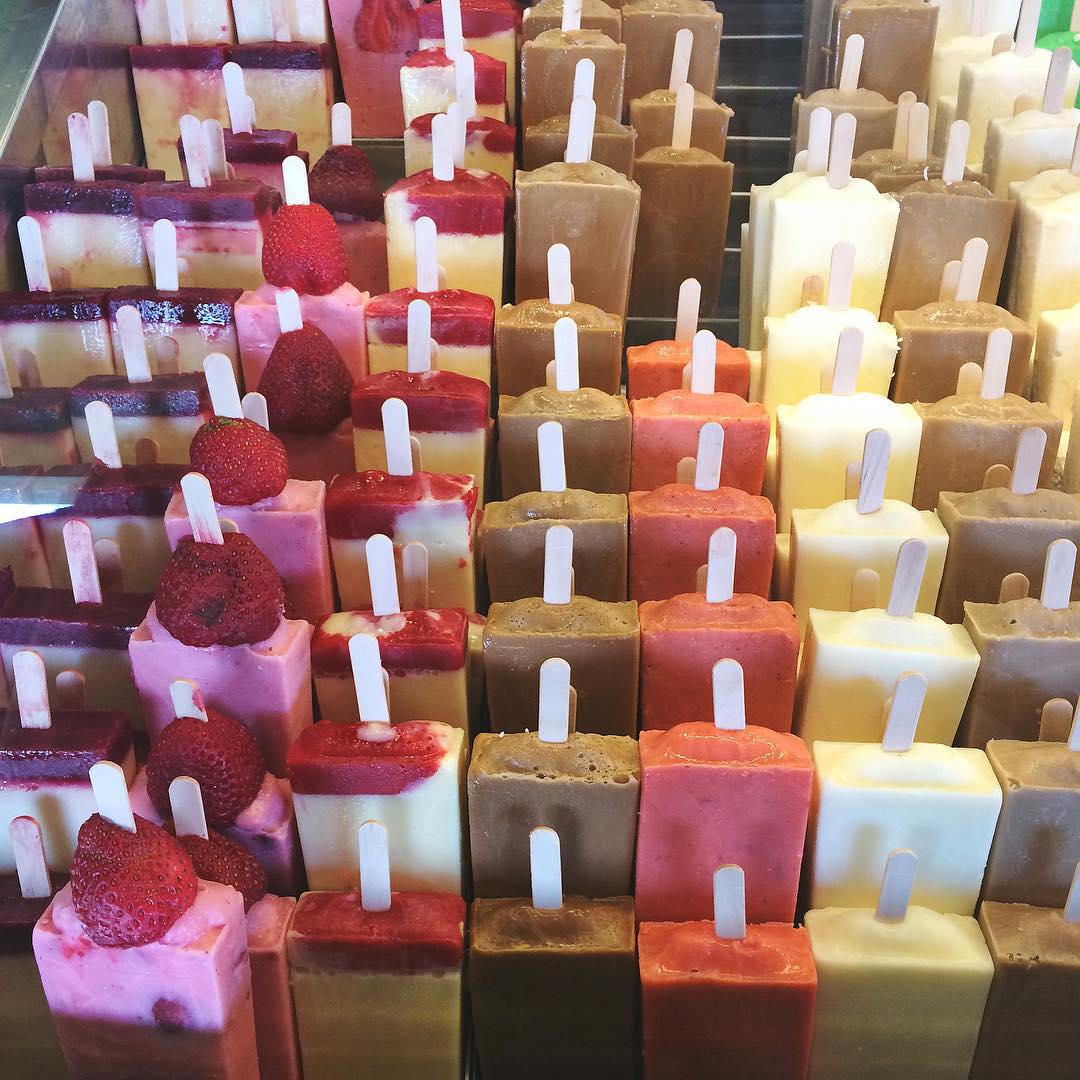 Chinatown, Khanom Pang Ai Tiim (ice cream sundae) $6
TM: Coming from Portland [the original Pok Pok hails from there], this ice cream sundae has a special place in my heart. Imagine a hot dog bun split in half, stuffed with sweet sticky rice, ice cream, chocolate syrup, and peanuts. I freaking love this sundae so much that, a few years ago, I sent a desperate plea to Andy Ricker to just buy the sweet sticky rice in bulk. Instead, he invited me into his kitchen, taught me the recipe, and swore me to lifelong secrecy. 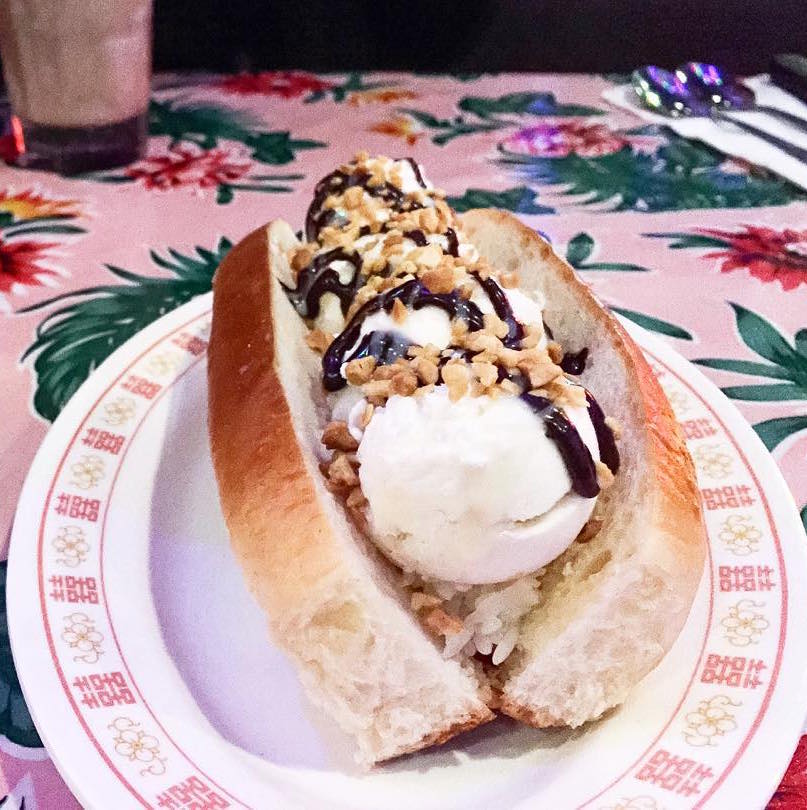 Belinda Gosbee is an Aussie writer, actress and coffee snob based in Los Angeles who unapologetically dips her fries into salted caramel ice cream. And, she dares you to try it. Follow her jaunts on Twitter @belindagosbee or Instagram @gos22.