Milo Greene on their name, influences, and the best spots to check out after catching a show.

Eight years into being a band, Milo Greene has reached a new benchmark of success—each member is getting their own room on tour. "It's gonna rule," remarks Graham Fink, one-third of the band. Fink, a LA native who grew up in Westwood and has been living in Echo Park, Silver Lake, and Highland Park for 13 years, recalls the first show they played together at T. Boyles's Tavern in Pasadena. The accompanying act was a televised basketball game. "I remember being distracted by the giant projected screen showing an NBA game behind us. We <3 basketball," Fink jokes. 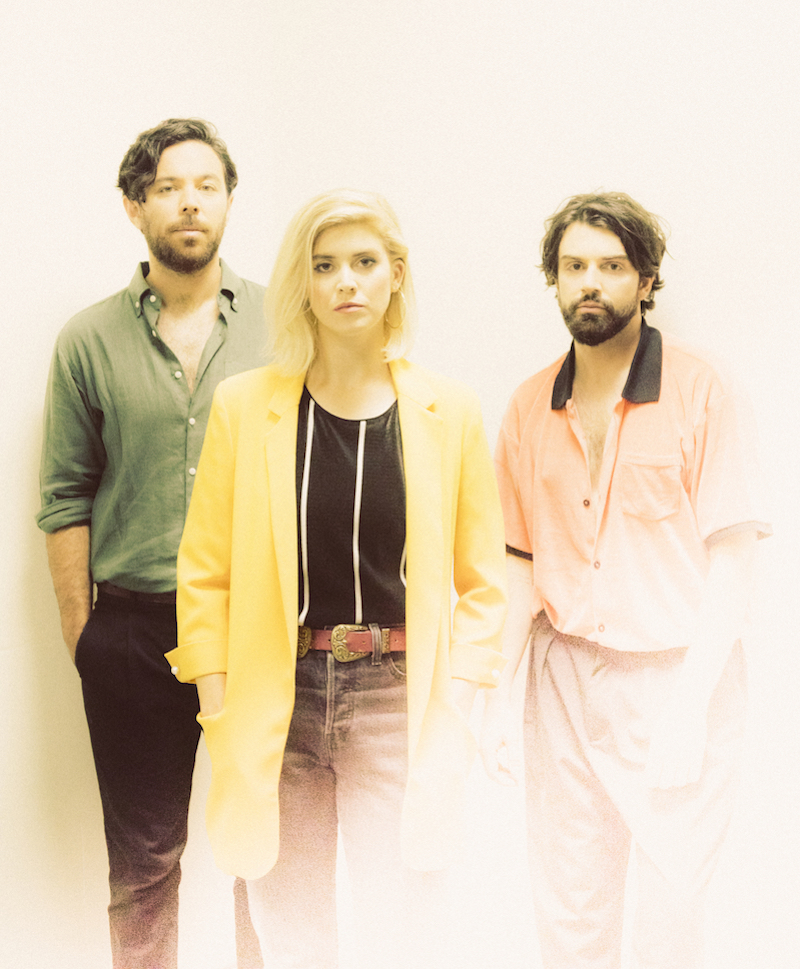 So which one of them is Milo Greene? Shockingly, venues aren't convinced with the legitimacy of three friends who want to jam when they're booking shows, and so the fake agent, Milo Greene was conceived. "He called and e-mailed promoters and venues to lend legitimacy to our early projects," Fink continues. "Nobody wants to hear “hey, book my band, I’m great!” When we all started writing together, it felt like a natural name for the joint project."
Get Citizine Updates Here
They wrote their first album, Milo Greene, together in 2010-11 while spending time in Shaver Lake, Santa Ynez, and Los Angeles. They've followed it up with two more, Control, in 2015, and Adult Contemporary in early September. "The special thing about Adult Contemporary is that the three of us wrote it pretty much in its entirety all together," Fink notes. "We went to Nashville to spend some time writing as a unit, and collaborating with some amazing writers and producers, and the batch of songs that formed were a direct result of that intention to immerse ourselves in the process together. After taking some time off, it was really rejuvenating, and it allowed us to create an album we really love." 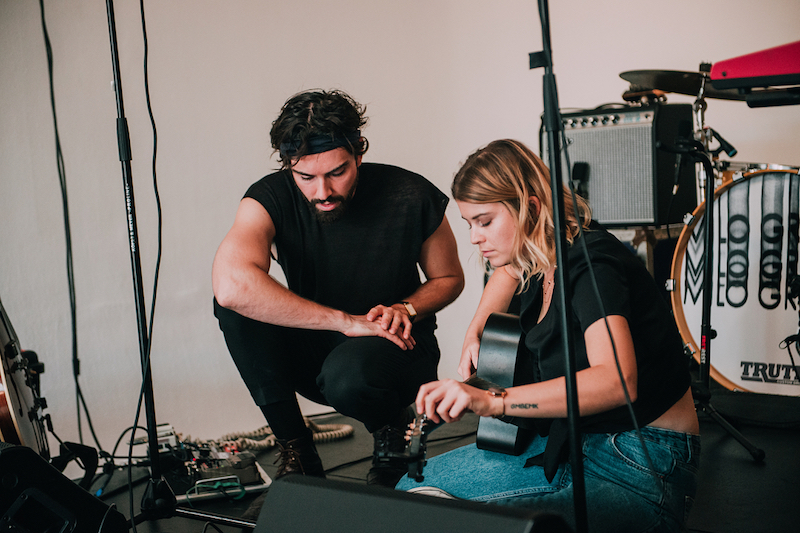 Adult Contemporary takes sound cues from Rod Stewart, Whitney Houston, Celine Dion, Bryan Adams, Peter Gabriel, and many more adult contemporary icons. "The list of influences is a mile long, as we all have pretty different musical tastes," Fink notes. "I think that’s why our songs/albums have so much diversity amongst them. For this album, we very intentionally harvested our shared love of late '80s and early '90s adult contemporary music."
The new album does sound like a Milo Greene with a few more years on them, exploring the diversity of their own tastes. When asked to describe their own sound, the term cinematic arises. "When we started writing songs they just felt like they had a visual quality—like you could close your eyes and see the song unfolding like a movie," Fink says. "We made Moddison, a short film that paired to our self-titled album, to highlight that quality, and we’ve individually been trying to do as much composing for film as we can, ever since. Hopefully, the ‘Music by Milo Greene’ credit is on the way in the next Debra Granik or Taika Waititi film."
While we're wating for that collab, check out Fink's favorite spots for late-night post-show food and drink around LA.

Echo Park
Graham Fink: If the show ends early enough, I like to grab one of the few bar seats at Elf in Echo Park for a glass of wine and a garlic tahini dip and hang with the staff as they close up shop. Far and away my favorite restaurant in town and some of the best vegetarian food on the planet. Founded by local LA musicians, they’ve been there pretty much since I moved to the neighborhood in 2005.

Los Feliz, $$
GF: Similarly to Elf, Il Capriccio in Los Feliz is a spot to pull up at the bar for wine and pasta while the chefs, owners, and friends shoot the shit as the night comes to a close. You’ve gotta have thick skin as they don’t pull any punches, but they’re full of love and passion for food. Eagerly awaiting their new collaboration in Frog Town with Just What I Kneaded who make my favorite baked goods on earth.

Echo Park, $$
GF: One of my favorite bars in LA is also its most dimly lit. After a sweaty show, heading to Bandini for wine and taralle is almost a meditative experience. Pretty spicy date vibe if you’ve got someone special to cozy up to, too. If they have Naughty Sauce on tap, order it.

Silver Lake, $$
GF: In the wake left behind El Chavo’s closing (RIP the best bar in LA), Jay’s has filled the neighborhood watering hole niche in Silver Lake. With a whole bunch of vegan bar food and an unassuming mini-mall location, it’s the low stress hang when you wanna go somewhere after the show and just be comfortable.

Eagle Rock, $$
GF: Beer, pretzels, and pinball in Eagle Rock. Pretty fucking perfect. Feels like it stepped out of Oregon in 1985 and that rules.

Highland Park, $
GF: If I see this taco truck in Highland Park, I always pull over. It’s delicious and they have a seitan chicharron burrito that warms my vegetarian heart. The post-show hunger sets in no matter how much you ate beforehand, and this burrito is the most satisfying possible solution. 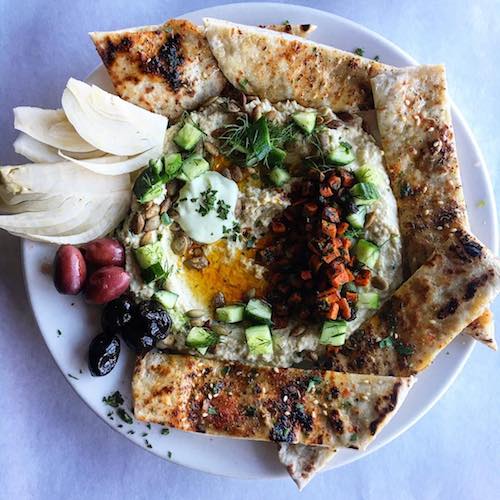 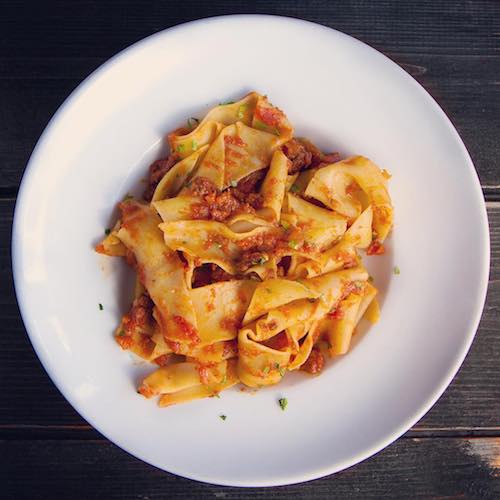 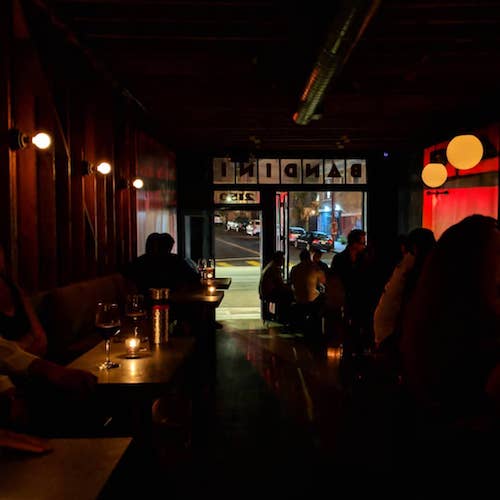 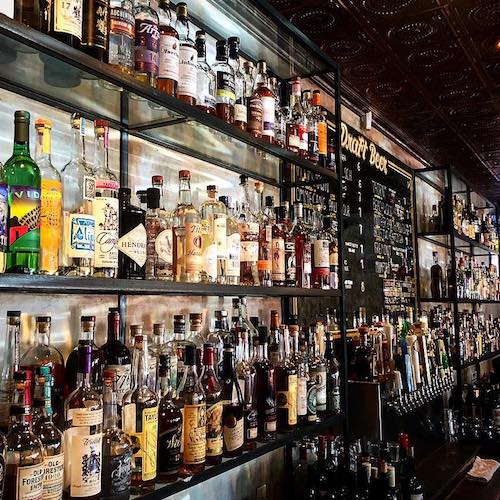 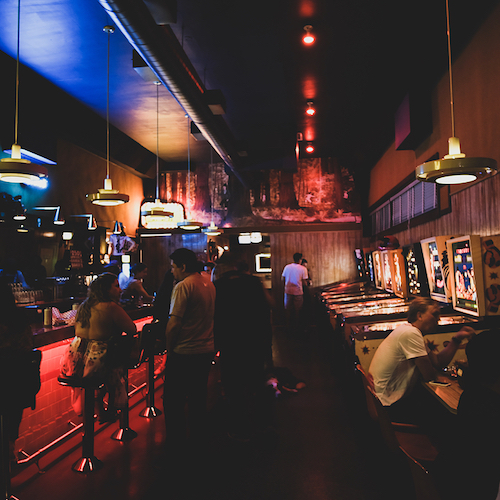 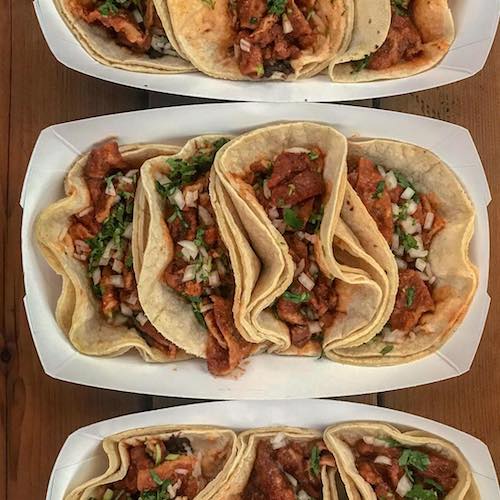 Boogiewoman And The Divine Feminine In LA