Do you dream of travelling to a galaxy far, far away but don’t quite have the funds for space travel? Congratulations, you’re just like 99.9 percent of the population. Not to worry though, you can still trek through the sands of Tatooine, watch speeder bike chases in the trees of Endor and become one with the Force … right here from Mother Earth.
We binged every episode and scoured the internet in search of the best Star Wars filming locations accessible to the public. If you have a lightsaber under your bed and a Lego Death Star on your nightstand, then this Star Wars travel guide is for you.
Oh, and if you’re wondering why we left out Episode I, are you even a real fan?
Get Citizine Updates Here

Context in Film: Various scenes in Episode IV
A long time ago, in a desert not so far away, Death Valley transformed into Tatooine, home to Jawas, Skywalker Farms and Jabba the Hut. Start your galactic adventure by spending the night at Furnace Creek Inn and Ranch Resort and grab an interactive map from the front desk for all the filming locations. Get nerdy at Dante’s Peak and stand where Luke Skywalker and Obi-Wan Kenobi once stood to overlook the breathtaking view of Mos Eisley. Make sure to stay on your toes when you go to Desolation Canyon … sand people have been known to lurk. Then, trek the path to Old Ben’s located in the midst of Artists Drive and Artists Palette in the Black Mountains. 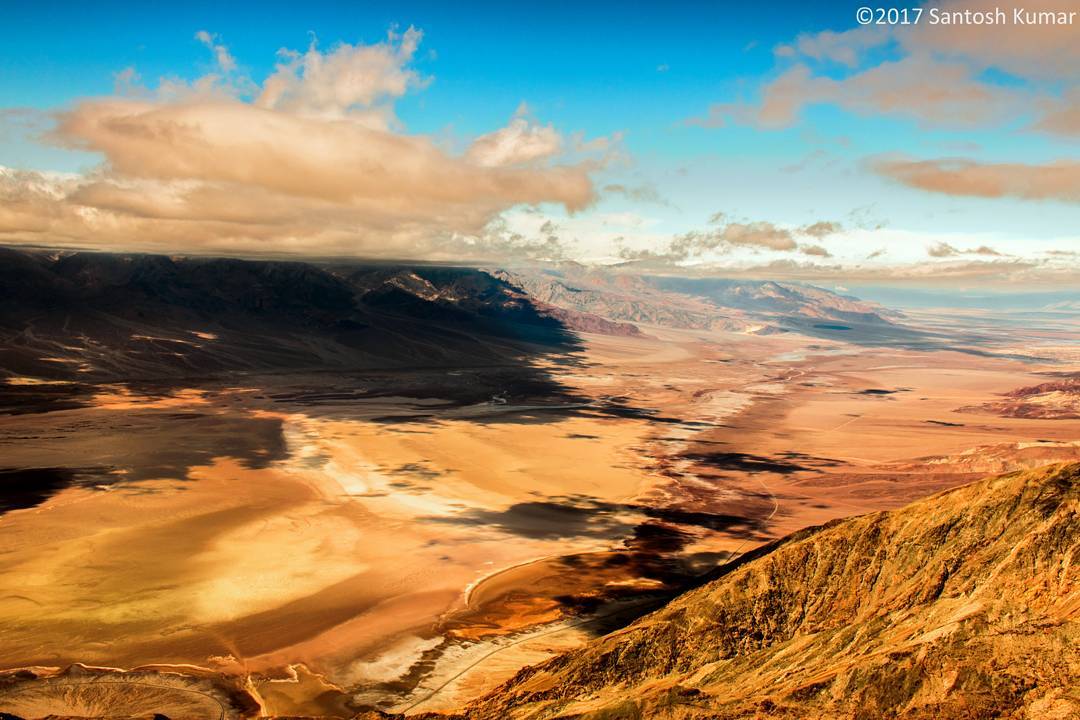 Context in Film: Interiors of Luke’s childhood home on Tatooine
Among Star Wars fans, Hotel Sidi Driss is colloquially known as the Star Wars Hotel. The traditional berber house was built centuries ago, but vamped up and decorated for New Hope and then again in 2000 for Attack of the Clones. Sit down for a meal where young master Luke Skywalker once ate with Uncle Owen. Venture through the house Lars and Beru owned, with most of the decor still intact from filming. Let your Star Wars freak flag fly with pride and show up in your best galactic ensemble. 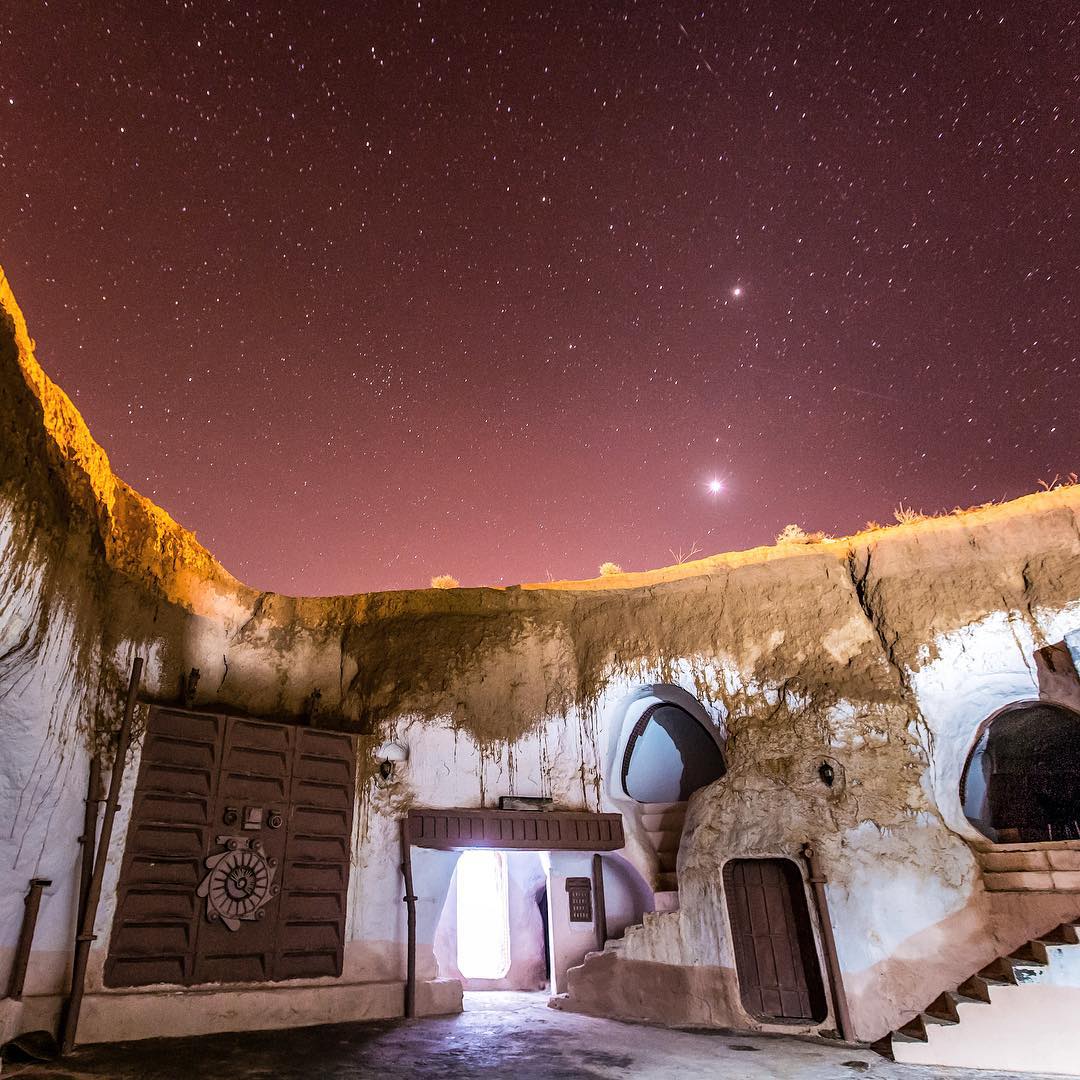 Episode V: The Empire Strikes Back

Context in Film: Scenes of the snow planet, Hoth.
Be sure to dress warm, use the buddy system and head in before dark … otherwise you may end up held hostage like Luke Skywalker by a Wampa and spend the night against your will inside of a Tauntaun to keep warm. The somewhat nearby Finse 1222 lodged the cast and crew for a duration of the The Empire Strikes Back production. That’s right, you too can catch some Z’s where Mark Hamill, Carrie Fisher and Harrison Ford once laid their heads. While part of the film was shot in front of the hotel, most was filmed up on the glaciers. Lucky for you, the hotel offers glacier climbing with skilled guides. Fun fact: Once a year, Finse 1222 hosts a Star Wars Weekend where all of the loved and not-so-loved characters come out to play. 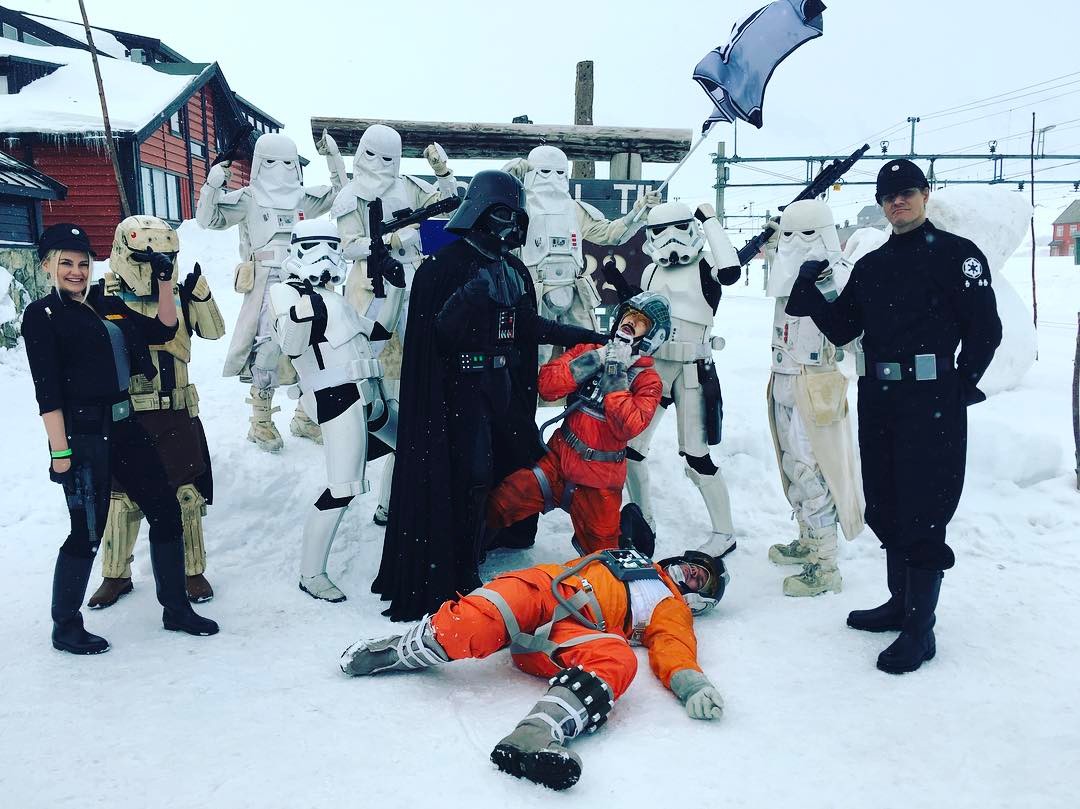 Episode VI: Return of the Jedi

Context in Film: Planet of Endor, Home of the Ewoks
We’ve got good news and not-so-good news. If you wanted to cuddle with the feisty yet adorable Ewoks in Ewok Village, you are about 32 years too late as Miller-Rellim Redwood Company Land was logged a year after filming. The next best thing would be to go looking for bears, which is synonymous with signing your own death warrant. The Land of Endor lives on, however, at the Grizzly Creek Redwoods State Park where you may be able to see a speeder bike or two whip by in a high speed chase. If that isn’t exciting enough, which it should be, simply revel in the beauty of some of the tallest trees in the world. Grizzly Creek is open to camping and short hikes, but be sure to book your campgrounds in advance as sites go fast! 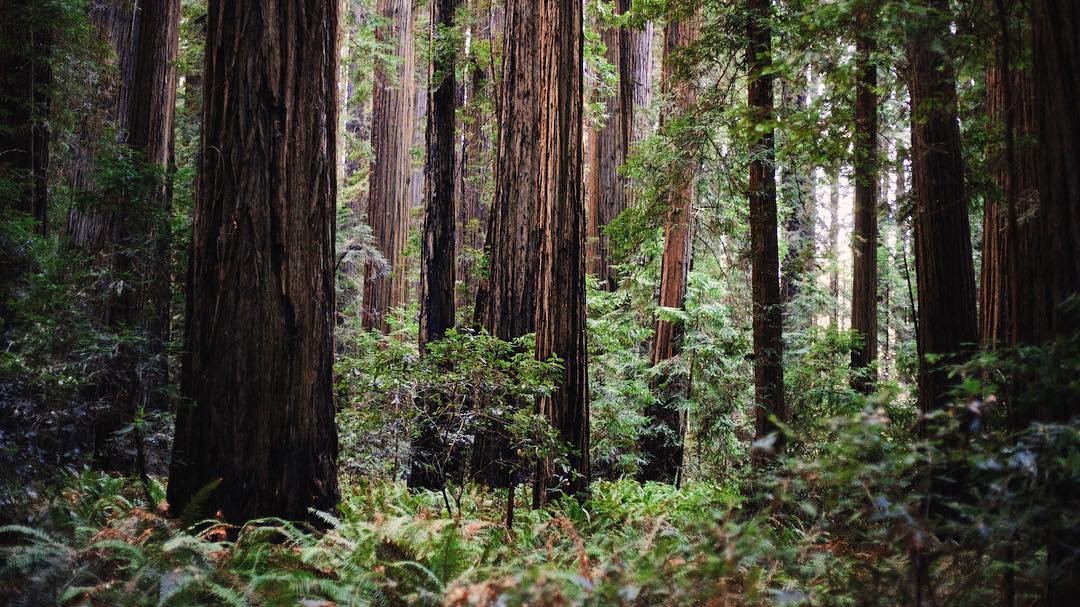 Episode II: Attack of the Clones

Context in Film: Anakin and Padme’s wedding ceremony on Naboo
Do you dream of getting married on the balcony of Naboo where Padme and Anakin tied their knot? If so, start growing out that single, long braid on the right side of your Padawan dome and find yourself a queen or king—we don’t judge. Villa del Balbianello is a commune in Lenno that overlooks Lake Como, so go ahead and honeymoon here as well.  If you haven’t found that special someone yet, this commune offers a series of family fun activities from biking through the gardens to shopping local products and literature. 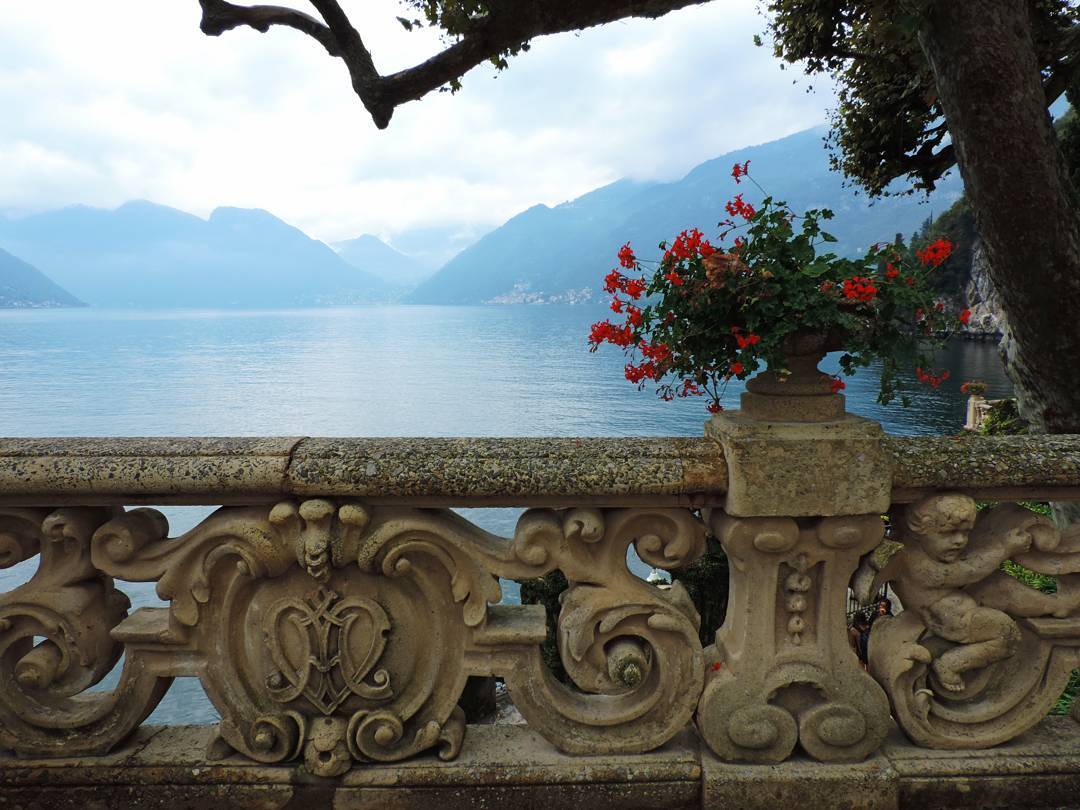 Episode III: Revenge of the Sith

Context in Film: Jedi Master Yoda goes to Kashyyyk to oversee the battle between the Wookiees and the Droid Army
OK, nerds. Buckle up for a scenic vacation to Kashyyyk, home of Chewbacca and to get down and hairy with these loveable and technologically advanced wookies in South East Asia. Phang-nga Bay lies on the coast of Phuket Island and is known for its limestone cliffs and rock formations that live in the vibrant blue waters of Malacca Strait. When you inner geologist/rock climber is done drooling, head on over to Guilin to boat through Cedar Lake. Disclaimer: No filming actually took place in either of these locations but they were used for plate photography for backdrops of Kashyyyk. 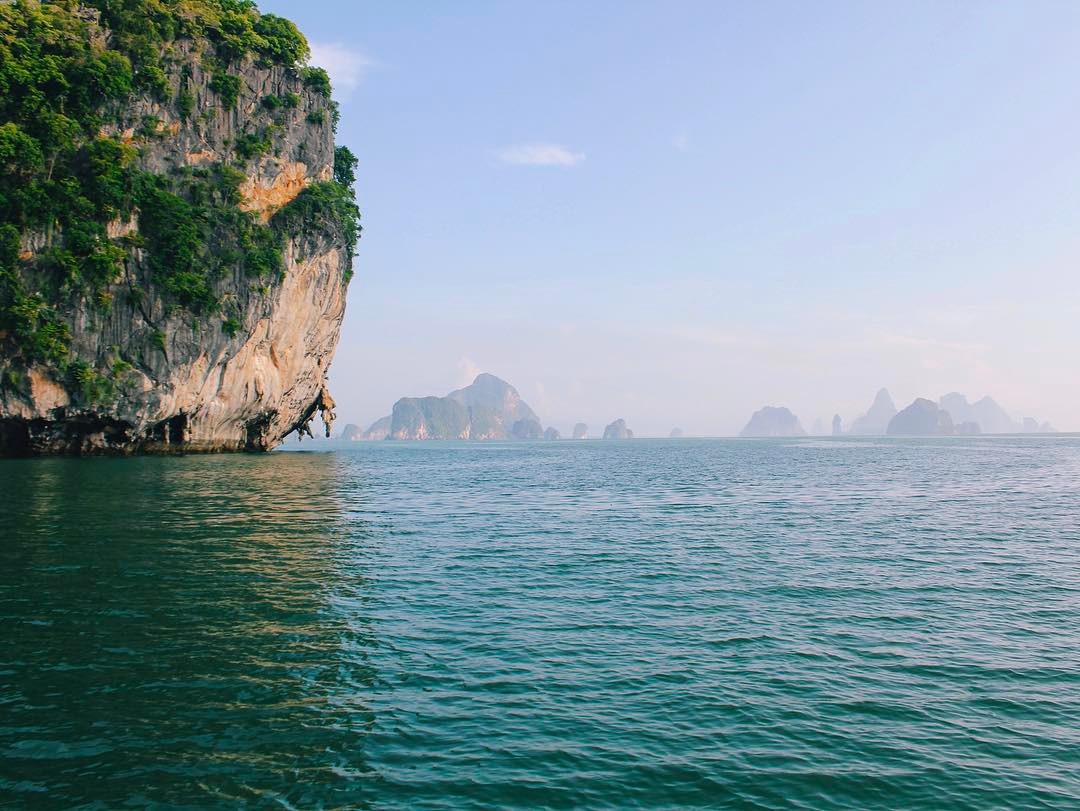