Originally from Canada, Brenna Holeman started travelling in 2006 and decided not to stop until she found a place she loved. In 2013, after travelling through 80-odd countries, Brenna moved to London to begin a master’s degree in creative writing. Over the past two years, she’s fallen in love with the city and the lifestyle she has there—there’s so much to do, and she’s still able to travel often. As a freelance travel writer and blogger in East London, Brenna built up her writing portfolio, developed her blog, This Battered Suitcase, into a successful website and has even written a book that she hopes to publish within the next two years.
What sets your neighborhood apart from the rest of London?
I couldn’t imagine living in London and not living in the east. It is so full of creativity and diversity, and it inspires me every day. While there are many beautiful parts of the city, like West London, I personally love the character that comes with East London. It’s an area where you can have a pop-up Brazilian restaurant next to a traditional English pub showing football next to an art studio. I absolutely love the mix of personalities and cultures the area fosters. East London is where you can expect to find a lot of ties to the art community, and it is the place to explore if you’re into street art. Not only that, it’s filled with tons of great restaurants, cafés, bars and music venues—I still haven’t even scratched the surface of places to visit. There are also great activities like visiting the Broadway Market and the Geffrye Museum.
Despite my extensive travels, I’ve never found a place that has such a strong and proud community; there’s nothing like walking into my local pub and knowing most of the patrons there. Though it has a rough history, most of East London is now a perfectly safe and welcoming place to visit. I love it so much that I’ve decided to settle here for a little while—not even the lure of travelling can take me away just yet.
Get Citizine Updates Here

In East London, the creative class and working class collide to create an atmosphere unique to London. 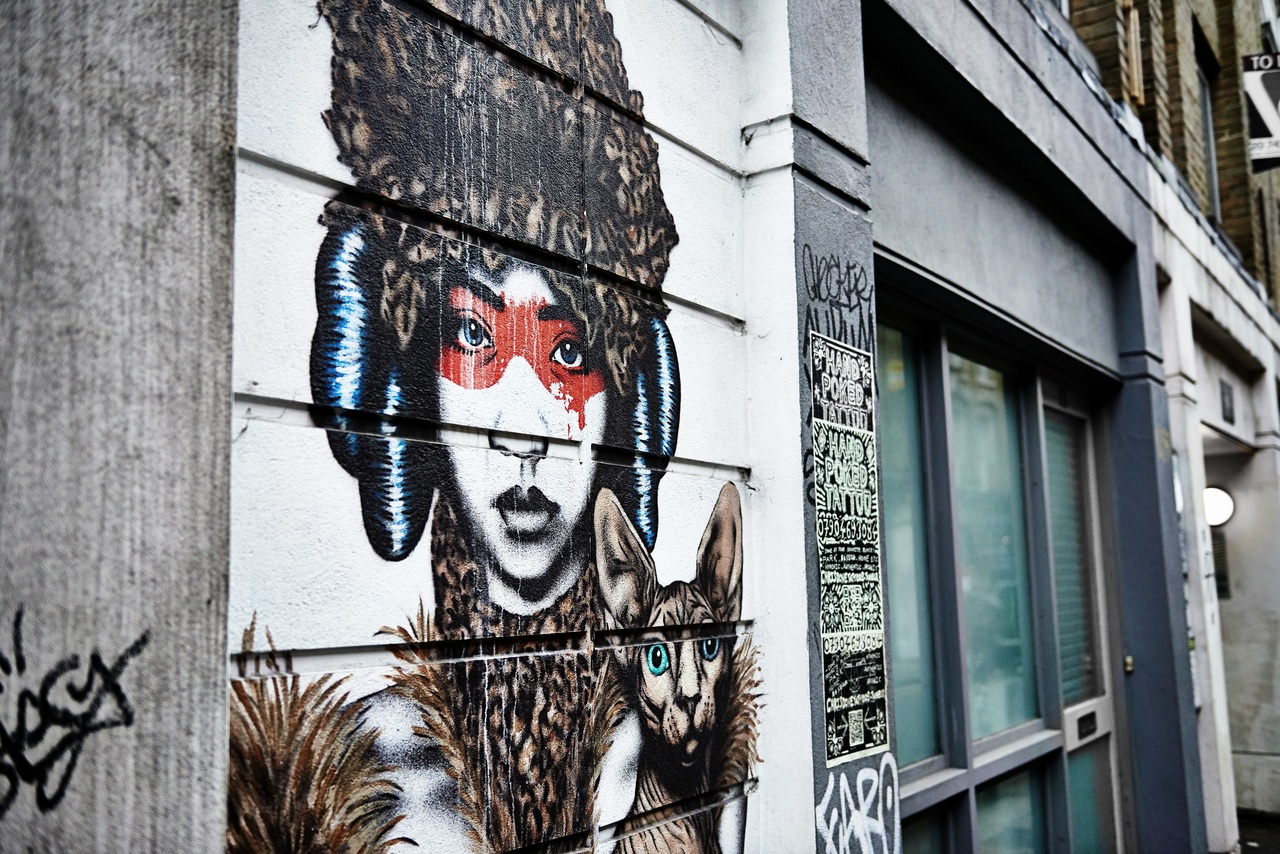 A combination of urban decay and street art give this part of London an edgy but cool atmosphere. 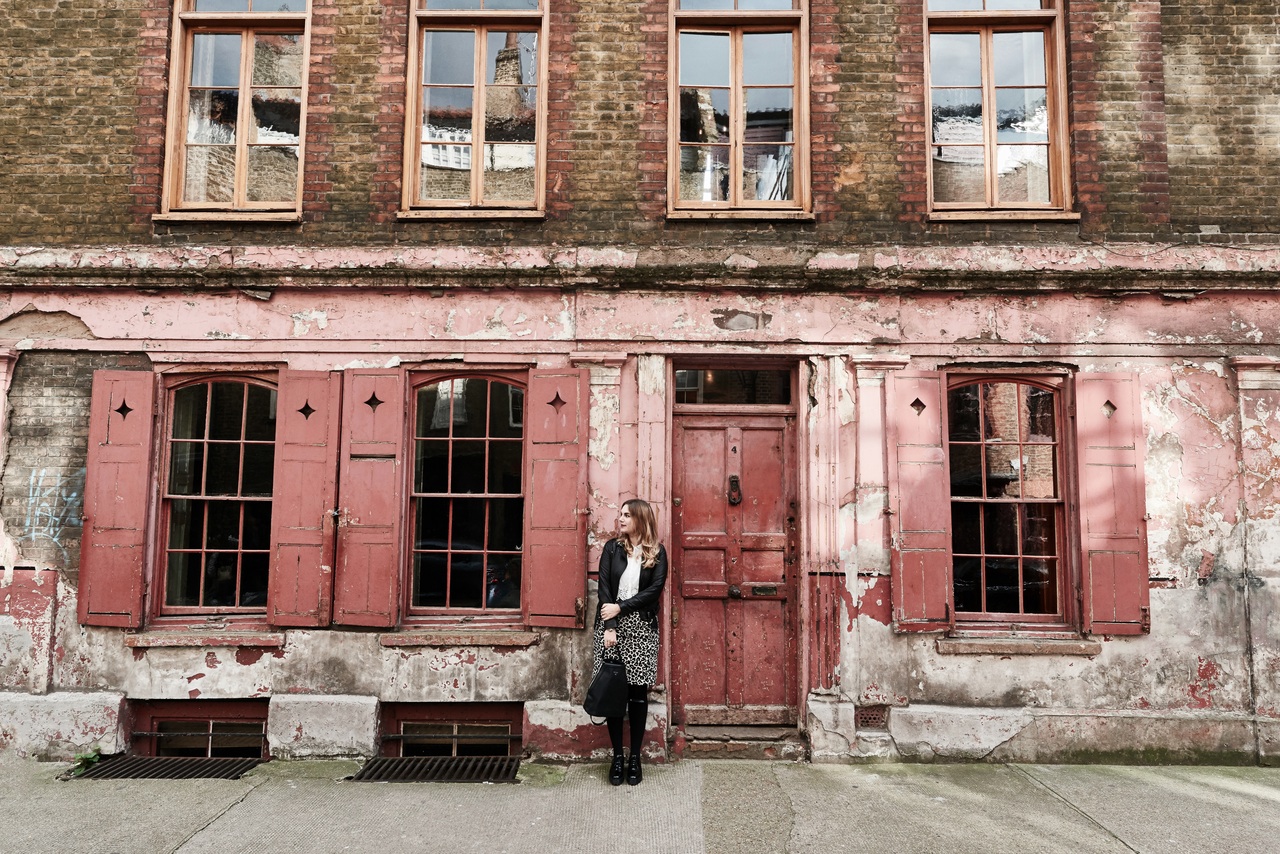 What’s your favorite, outside-of-the-box activity in London?
I never thought I’d be saying this, but I love the early morning raves put on by Morning Gloryville. I was very cynical before attending one, thinking it was going to be a very pretentious event. About once a month, raves are organised from about 6-10 a.m. in dance or warehouse venues around the city. (I have attended the Oval Space venue in Bethnal Green a few times.) Hundreds of people get together to dance and jump around for those few hours. Most people dress up in costumes—there’s a theme every month—but some are also in regular clothes and head to work after. As much as I wanted to roll my eyes at it, it is actually incredibly fun and a ridiculously good workout. It reminds me of being at Burning Man: Think lots of glitter and gold lame, pop and electronic music, and people of all ages (even babies!) dancing together in this totally welcoming, supportive environment. Expect lots of smiling faces. Oh, and if you’re a rave child of the 90s, keep in mind that the only things ingested at the early morning raves are coffee and water.
In a city as big as London, where do you go to communicate with nature?
I actually find it very easy to communicate with nature in London. There are hundreds of parks scattered throughout the city, and I find most of them allow you to escape the daily hustle and bustle that a city as large as London brings. My favorite way to spend a quiet afternoon is to walk down Regent's Canal to Victoria Park. In the summer, you can even rent a small boat and paddle on the pond. There really is no shortage of parks in London, whether that’s Kew Gardens, Hyde Park, Regent’s Park, Green Park or Greenwich Park, so I try to spend as much time surrounded by greenery as I can. There are also farms in the city where you can find chickens, pigs, donkeys and other animals.
If you’re so inclined to spend some time away from city life, check out Hackney City Farm or Vauxhall City Farm. Not only that, a 30-minute train ride can take you to some lovely destinations just outside London. While it’s not exactly cheap to travel in the U.K., we have seemingly unlimited options of places to visit. No matter what you’re after—the ocean, mountains, forests, lakes—you can find it in the U.K. 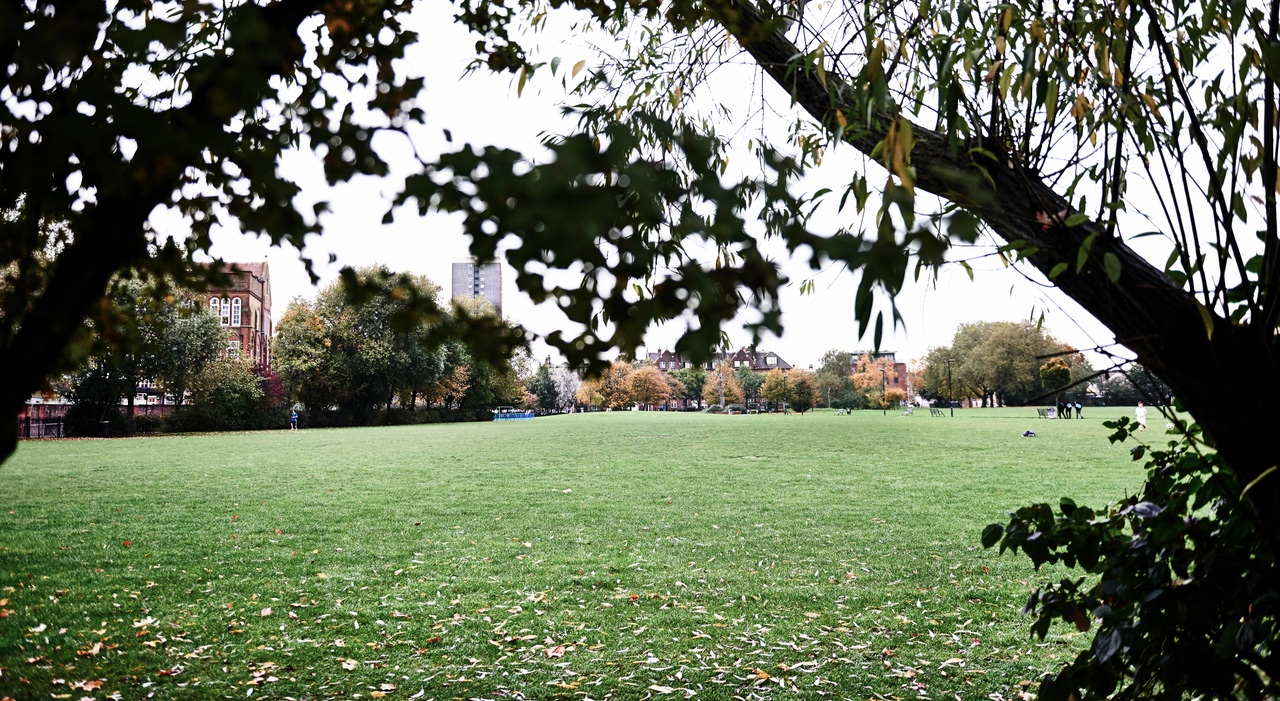 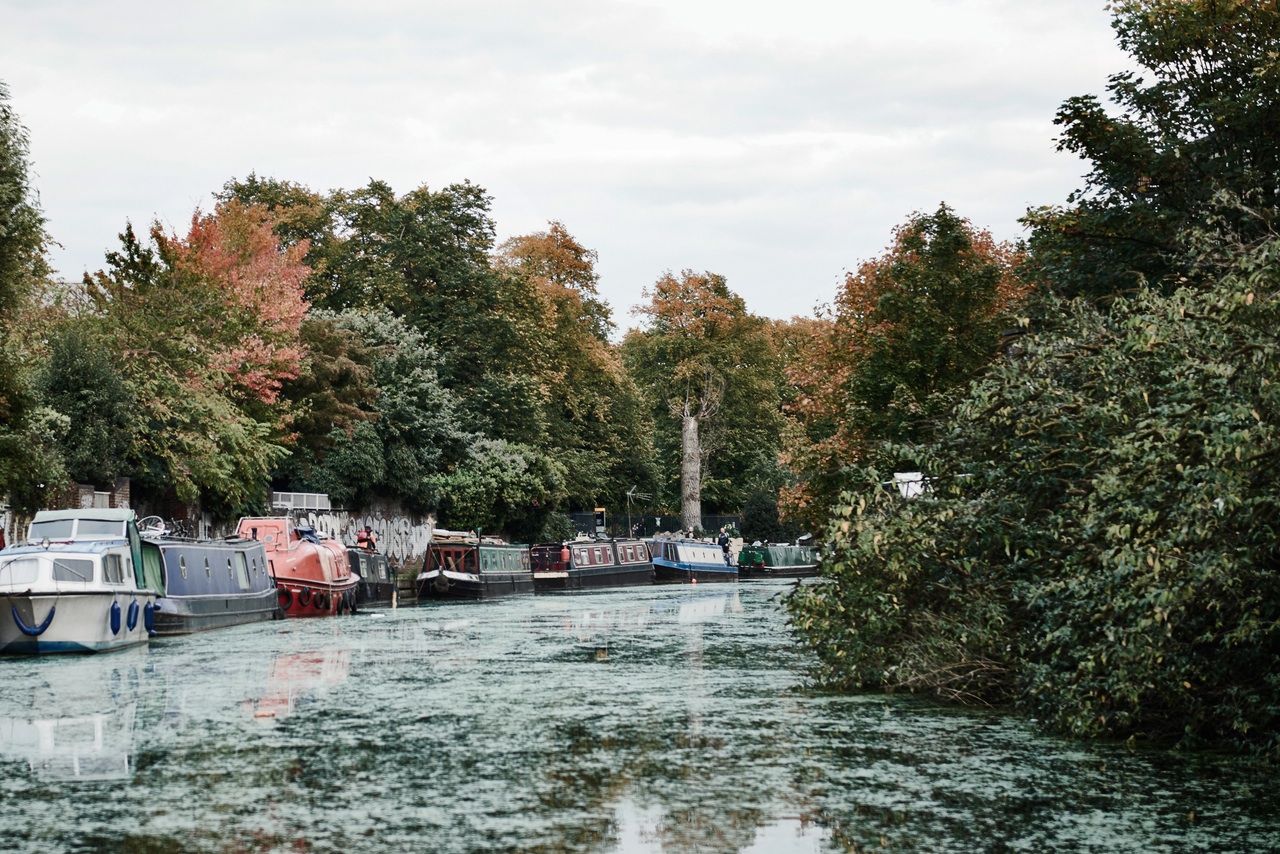 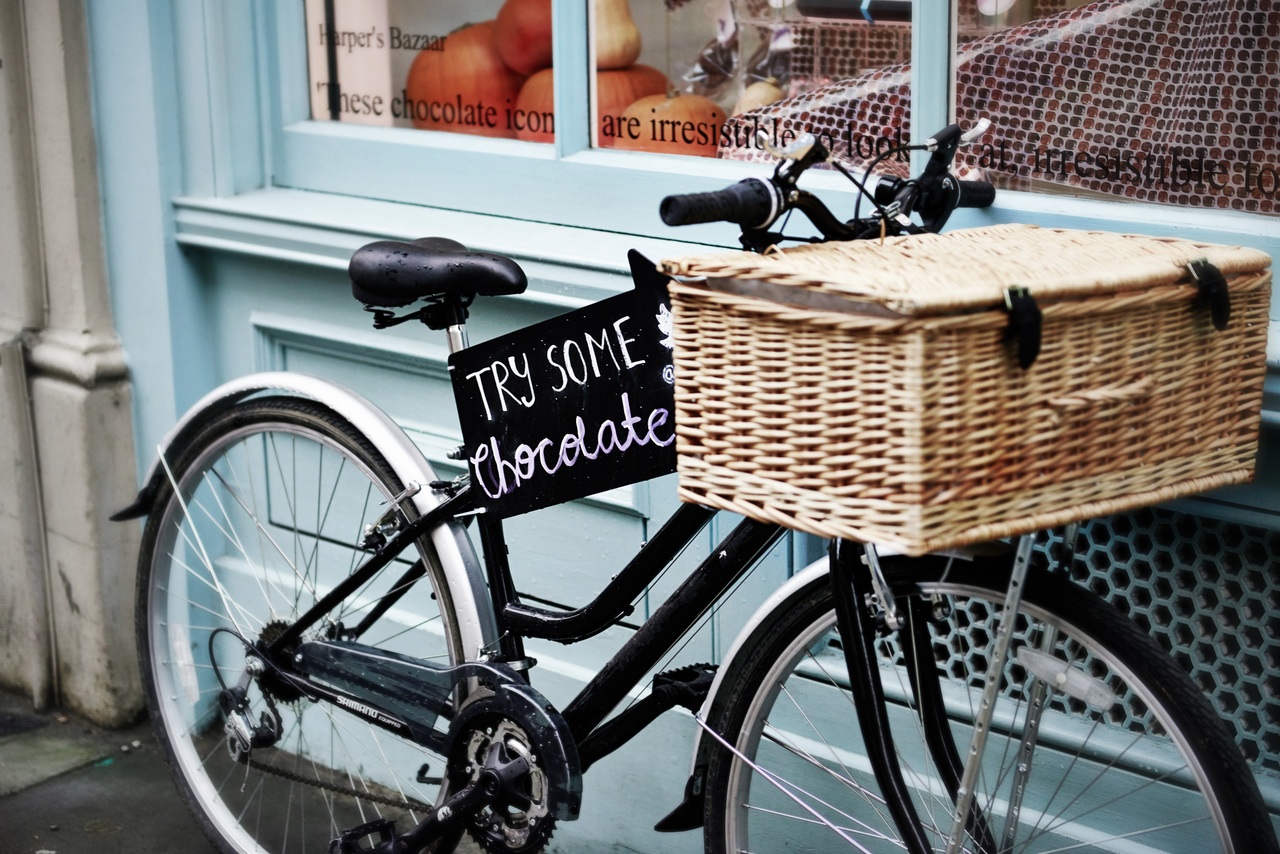 Cycling is an extreme sport in London

Which local festivals or events are worth checking out?
I have to admit, I’m not a big festival person—I’d rather attend a smaller concert or event than battle huge crowds of people, so you probably won’t find me at Notting Hill's Carnival (though it is definitely an event to experience at least once in your lifetime). There are so many amazing annual events in London such as Wimbledon, The Proms, Fashion Week the Oxford and Cambridge Boat Race, the London Marathon, the Chelsea Flower Show, and loads of fringe, music, art and film festivals. So I recommend doing your research before you visit as there’s surely an event or festival you can attend.
There are also holidays such as Bonfire Night and New Year’s Eve where you can witness fantastic displays of fireworks. Personally, I love the Christmas decorations around London every year, especially the Christmas tree in Trafalgar Square. I also love how Chinatown London Market is filled with decorations and parades every Chinese New Year. For an especially English affair, check out the annual Trooping the Colour parade in June.
If you had a friend coming to town, which hotels would you recommend? In which areas of the city should they stay?
I would recommend staying in East London if it’s possible. For a cheap option, try the Premier Inn in Dalston. If you have the cash, I definitely recommend Town Hall Hotel in Bethnal Green. If you don’t want to stay east, there are tons of fantastic options around Liverpool Street and more central areas of the city. For the cheapest options, try Generator Hostel near Russel Square or Palmers Lodge Swiss Cottage in North London. However, I think one of the best options is to rent a flat with Airbnb or a similar company. It’s usually quite affordable for a few people to share, and you get a better perspective of how locals live.
What tips do you have for first-time visitors and other n00bs?
On a practical level, I’d say avoid the tube whenever you can. Although sometimes, it really is the fastest and easiest way to get around the city. I much prefer walking and/or taking the bus, but keep in mind you’ll still need a transit card, called an Oyster card, in order to ride the buses since you can’t pay by cash on board. The bus system is extensive, and there’s nothing like sitting in the top carriage of a double-decker bus as it weaves its way through London. Just try to avoid rush hour!
A lot of London is actually very accessible, and many sights are concentrated in a fairly small radius. If you wanted to, for example, you could easily walk from the Tate Britain to Westminster Abbey and Big Ben to Trafalgar Square to Piccadilly Circus to Oxford Circus for shopping—and you’d only be covering a few miles. 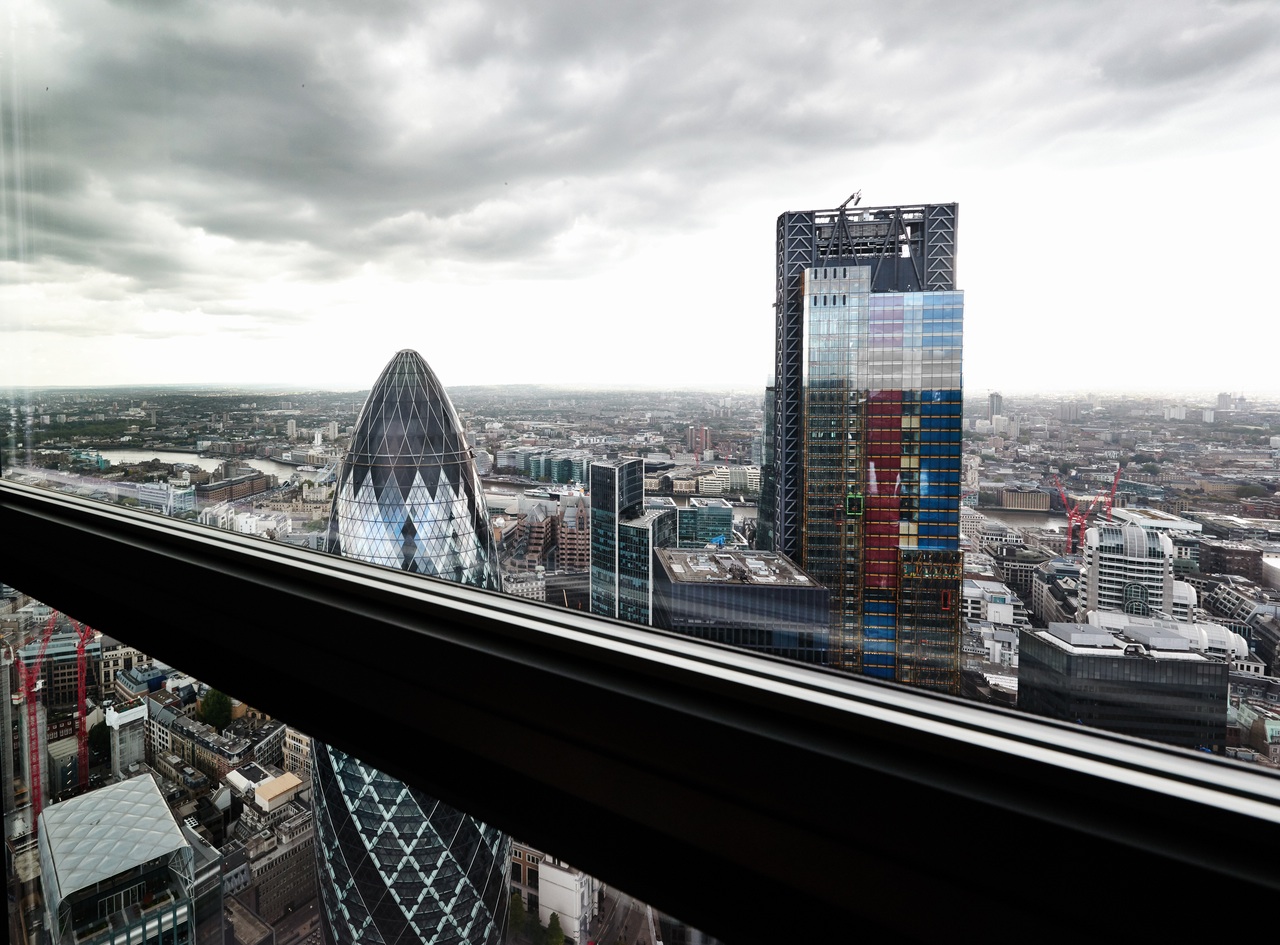 The Duck and Waffle offers one of the most magnificent views in London. 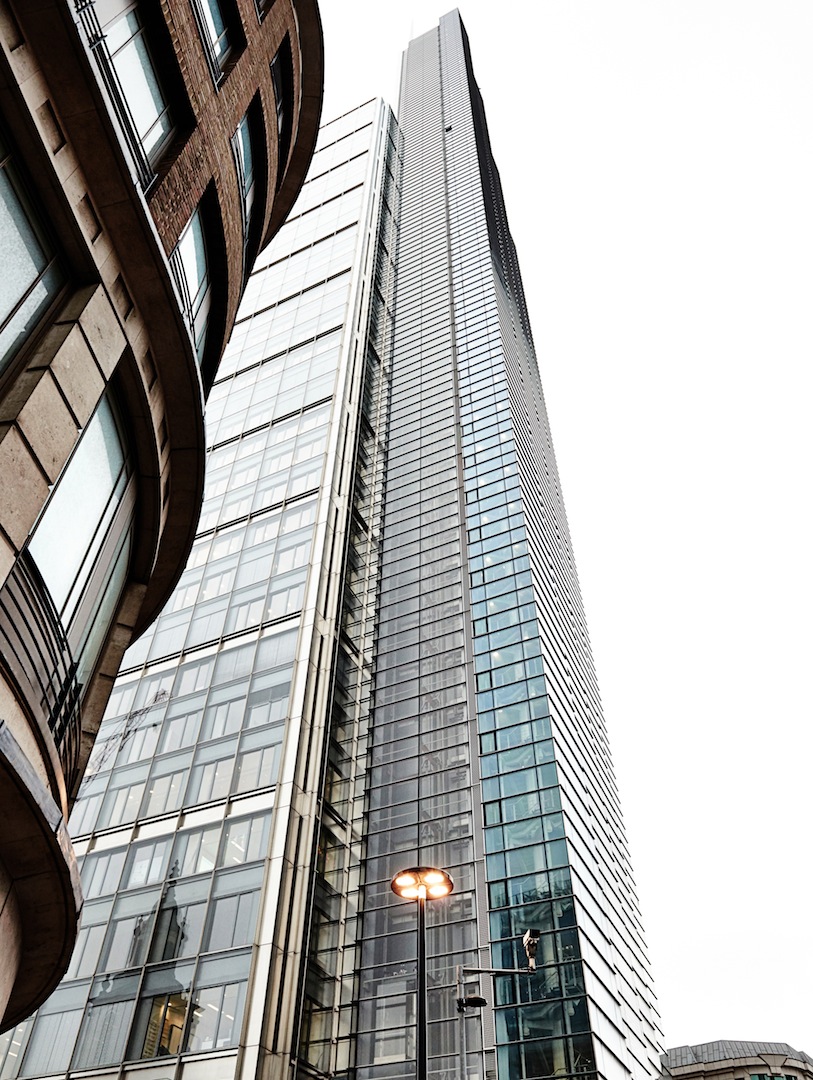 Hypermodern and traditional British live happily alongside each other in East London. 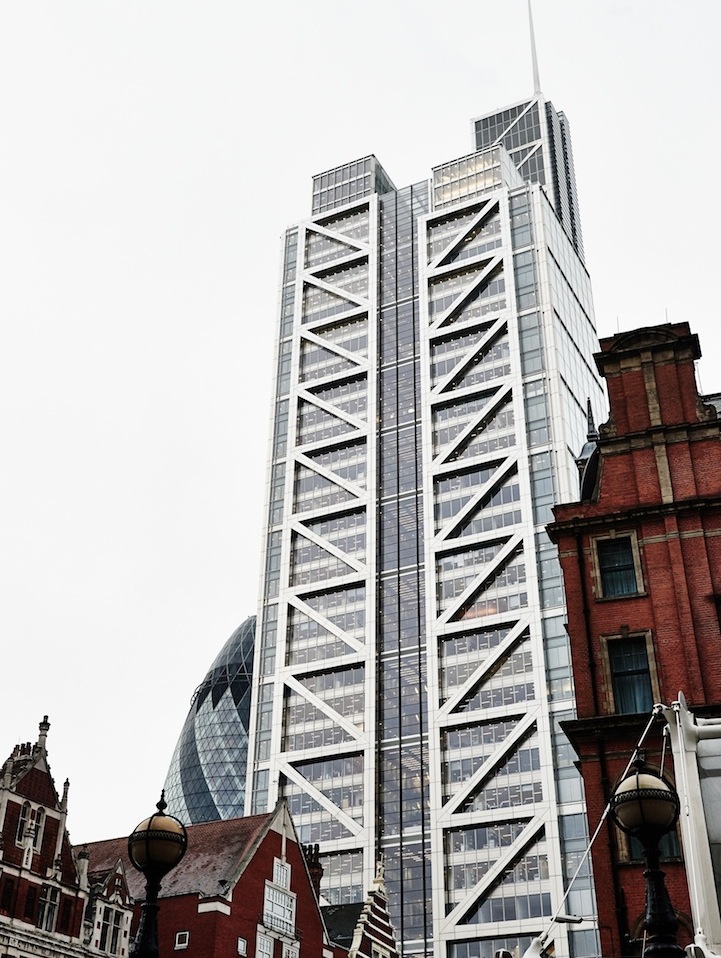 Get Citizine Updates Here
Eat, Drink, Be Merry
1. SAGER + WILDE | RESTAURANT
2. Hackney Bureau
3. Andina
4. Mother Kelly’s
5. Hoi Polloi
Try This
1. Columbia Road Flower Market
2. Riding the Thames Clipper from Embankment to Greenwich
3. A cocktail at The Duck and Waffle for great views of the city (cheaper than the Shard!)
4. Walking tours—there are plenty around the city, no matter what you’re into, and some of them are free
5. Up At The O2
Play and Stay
1. The Tate Galleries, both Tate Modern and Tate Britain
2. Saatchi Gallery
3. Shoreditch’s street art
4. St. Paul's Cathedral
5. Everything around Westminster: Big Ben, the Palace of Westminster, Westminster Abbey, the Coca-Cola London Eye, etc. 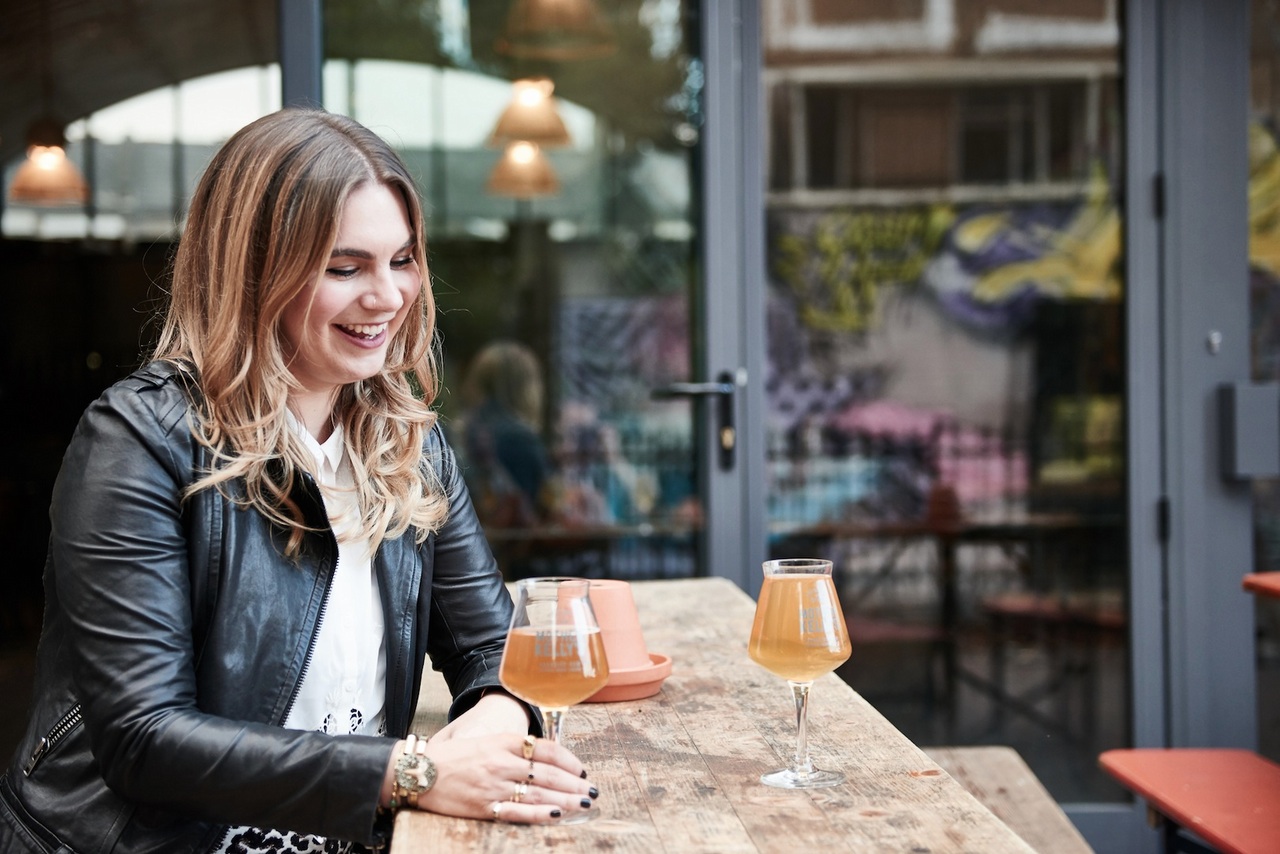 Brenna at one of her favorite haunts, Mother Kelly’s 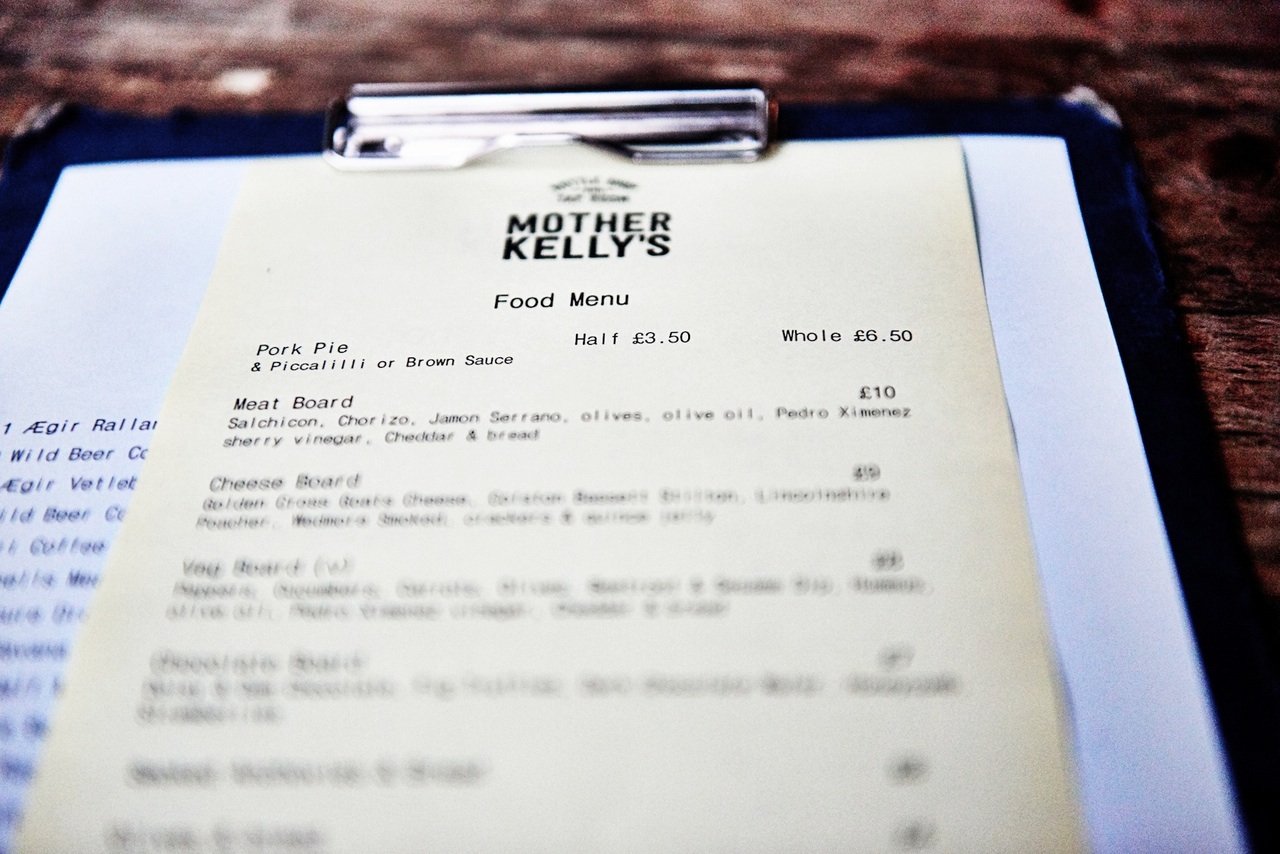 The pub is a New York-inspired tap room with 19 to 23 taps and even more beers available by the bottle. 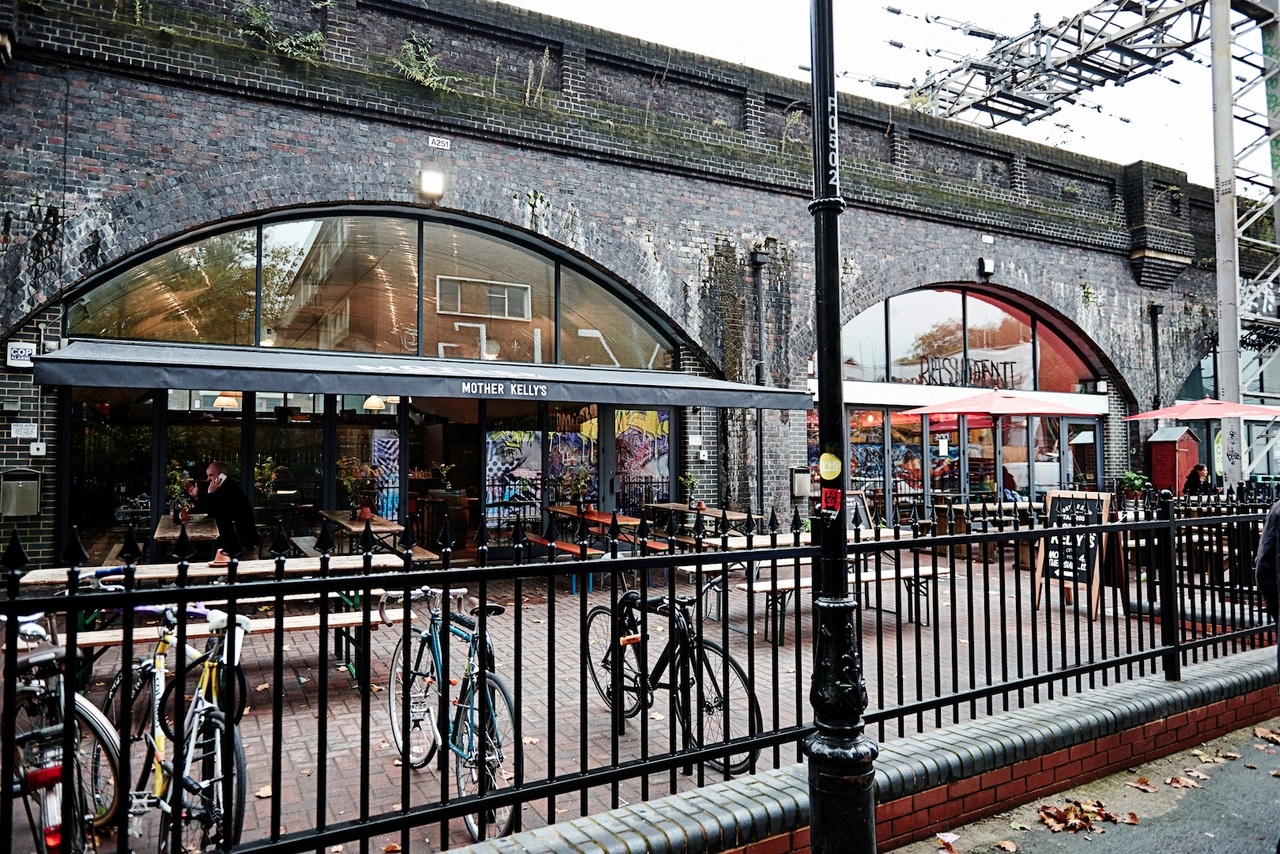 Mother Kelly’s is located in the arches near Bethnal Green station.

When Brenna isn’t travelling, she’s writing about it, either for her blog, thisbatteredsuitcase.com, her job or her book. She’s been to nearly 90 countries so far, and you can see photos from her global journeys on Twitter at @suitcasebranna, on Instagram at @thisbatteredsuitcase and on Facebook at facebook.com/ThisBatteredSuitcase.