It wasn't Drake, Kanye or the Kardashians who put Calabasas on the map ...

Terry Heller is the founder of the Plan Check empire, which now has four locations between Santa Monica and Downtown LA. If it weren’t for Terry, humanity may have never discovered ketchup leather. Thanks, Terry. But a lesser known about the restaurateur is that before his foray into the food (and real estate) industry, he directed music videos for Eazy-E and Bone Thugs-n-Harmony and did business with Dr. Dre, Diddy and Jay-Z.
It all began when Terry was a mere tween, shadowing his uncle, Jerry Heller, who was the manager of rap group N.W.A. (as depicted by Paul Giamatti in 2015 feature film, Straight Outta Compton). By age 11, Terry was running in circles with major players from the West Coast hip-hop scene. By the time he enrolled in college, he was working in A&R for Ruthless Records, the label founded by Eazy-E with help from his uncle, Jerry.
“Eazy, Dre, and The D.O.C. … those were my guys. I knew them as a young teenager because of my uncle. Then in 1991 or 1992 when I was 18, I approached Eazy and begged him for a job, any job. It ultimately morphed into a position that nobody had at Ruthless, which was artist repertoire—A&R. My job was to discover, cultivate and sign groups,” Terry says over the phone from his home in Westlake Village, a suburb of LA.
Get Citizine Updates Here 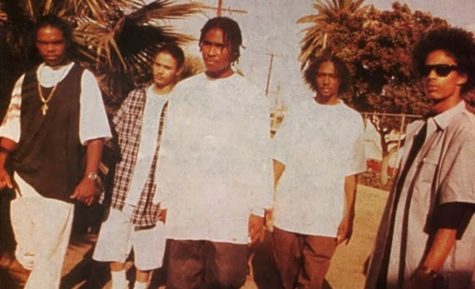 For Terry, attending Dre’s Calabasas pool parties, chowing down on Tito's Tacos with Eazy-E, thrift shopping with will.i.am and catching casual Biggie performances on the Third Street Promenade was just a day in the life. We figured the restaurateur must be chock-full of personal anecdotes from hip-hop’s heyday. Below, he divulges memories from his experience working with his uncle, Eazy, and other major players in the biz before he digressed from the entertainment industry.
Not so fast—Terry still finds ways to incorporate his musical background at Plan Check. Right now, through the month of May, he’s collaborating with Linkin Park for a Plan Check x Linkin Park Meal Pack in honor of the band’s new album, One More Light, which drops May 19. The meal pack is available at all four locations and includes a limited-edition Linkin Park t-shirt.
Without further ado, we suggest cueing up Straight Outta Compton or Faces of Death on ye olde boom box...

Malibu
Terry Heller: So, Eazy loved Gladstones. That was one of his spots. Whenever we'd go out to dinner, he'd order a Midori Sour (even though he wasn’t much of a drinker or smoker—believe it or not!) but at Gladstones, he'd order a Midori Sour, a Coke, lemonade, an iced tea … I swear to god he’d order seven or eight drinks. I think it was a way for him to say: fuck you, I can get whatever I want, and I will get what I want because I can afford it. 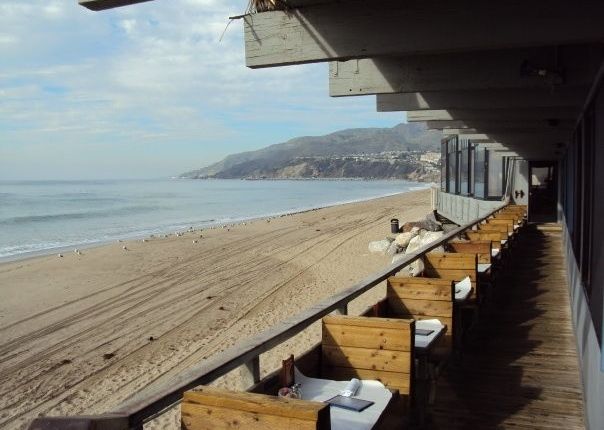 Topanga
TH: We used to go to a place called Monty's all the time. They're still around on Topanga. In fact, when my uncle passed away, we all went there after the service. And we also had his 75th birthday there. It's kind of like an old-school chop house. The Levine family still owns it and it was, in my mind, Mastro's before I knew what Mastro's was. We used to go all the time with Eazy, his artists and Dre. We'd go there to celebrate and commemorate. We'd go to chop it up and meet with people. Anyone who's attached to Ruthless Records knows Monty's. Our offices were in Woodland Hills, so this was an easy five-minute drive. We'd go with bodyguards and it was always a whole scene. 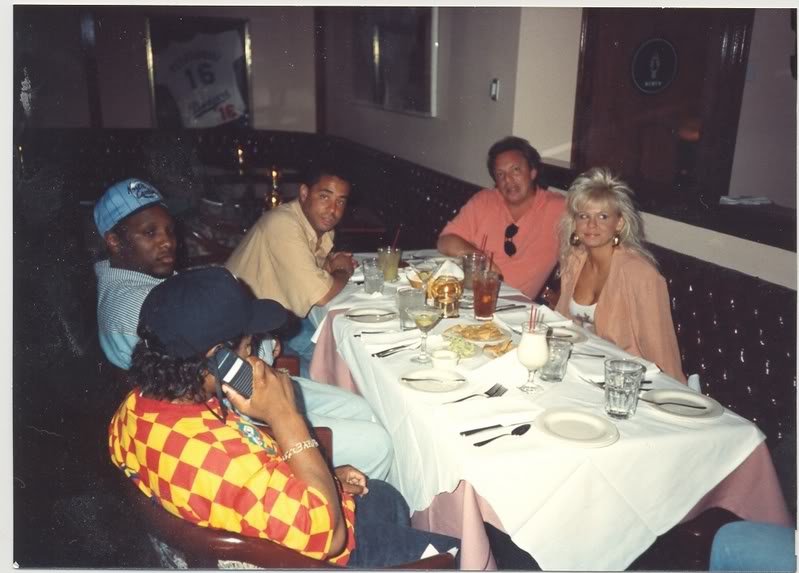 Hollywood (now closed)
TH: One of my fondest memories from those days is hanging at this hip-hop club called Balistyx. It was the first thing in LA where you could be 18 and go and it was really a melting pot of differnet ethnic backgrounds—kids from Beverly Hills and kids from Boyle Heights. It was the first thing of its kind in LA. I have a lot of memories there. I would take Eazy there. The first artist I ever saw was a guy you might recognize, will.i.am. Back then, he was in a group called Outback Clan which then morphed into the Black Eyed Peas. I met Will there, which was an amazing memory. The party happened once a week. It was incredibly popular. A lot of guys who got their start there. There was a guy named Ben Baller. He's a jeweler to the stars. He's a major tastemaker, he's got 900,000 Instagram followers, or something. [Ed. note: As of May 2017 Ben Baller has 1 million Instagram followers.] He was a DJ there. Just a lot of people that went on to have a lot of success. The Pharcyde. There were cute girls and it was just a fun place. 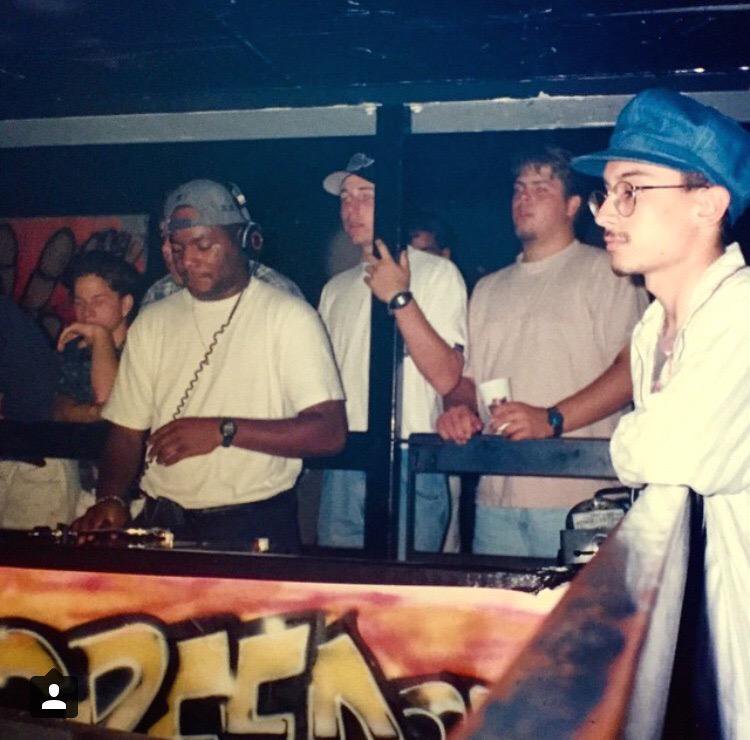 Beverly Grove (Original location now closed)
TH: I remember going to Jerry’s on Beverly with Brett Ratner, who's still a good friend of mine. I had a production deal, he had a music video company and we would do some work together. I remember going there with him and Heavy D, who passed away but was a very close friend of ours. So one time, Brett asks the server to come over. He says, you see every single girl in this place? I'd like to send each of them a glass of milk. He would do shit like that all the time to get girls’ attention. Ha! 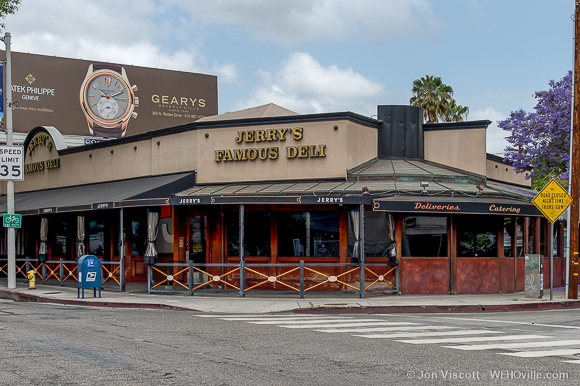 Image courtesy of The Daily Truffle

Anaheim (closed)
TH: I remember going to Anaheim for a N.W.A. show. Eazy would always be the last one out, so they'd kind of build up to it. When he finally came out the whole club erupted into a fight. So we had Bloods and Crips fighting in the middle of Anaheim. The bodyguards kind of grabbed us and we had to get the hell out of there. 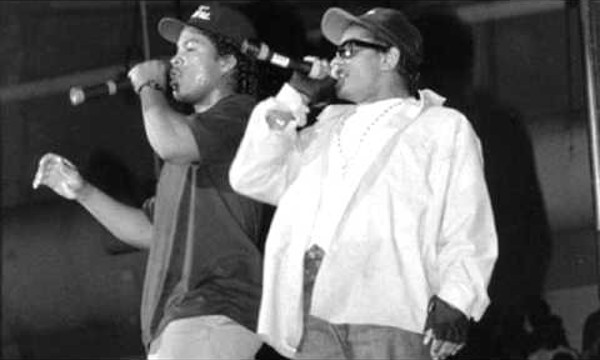 Calabasas
TH: Dre and Eazy used to throw this thing called the Wild ‘N Wet Party and they would do it at their houses in Calabasas. They were the original raunchy pool parties with naked girls and DJs, you know. Lots of famous MTV DJs would come. They started the fad to move out to Calabasas. They were out there before anybody. That's just because Jerry and I lived out here, we were from here. We were here, the offices were in Woodland Hills, it was safe. It was suburbia. It was nice. Why live in Compton when you can live in Westlake Village?

West Hollywood
TH: My uncle used to tell this story a lot. It was 1985. I was about 12-years-old and we were at Dan Tana's which was par course for my uncle, who came from the rock 'n roll drug days. He was meeting a girl there. I don't know how he found these girls, but every night we’d go to dinner and there’d be a new one. So, we’re at Dan Tana’s and they're drinking, they're going to the bathroom ... who knows what they're doing. We get out to the valet and my uncle was just so loaded, he says: "I can't drive, you drive." I was 12 years old and I'm not a big guy now, so I was probably 5 feet tall at the time. I drove his 1984 Mercedes from there to Simi Valley with him and the girl in the backseat. 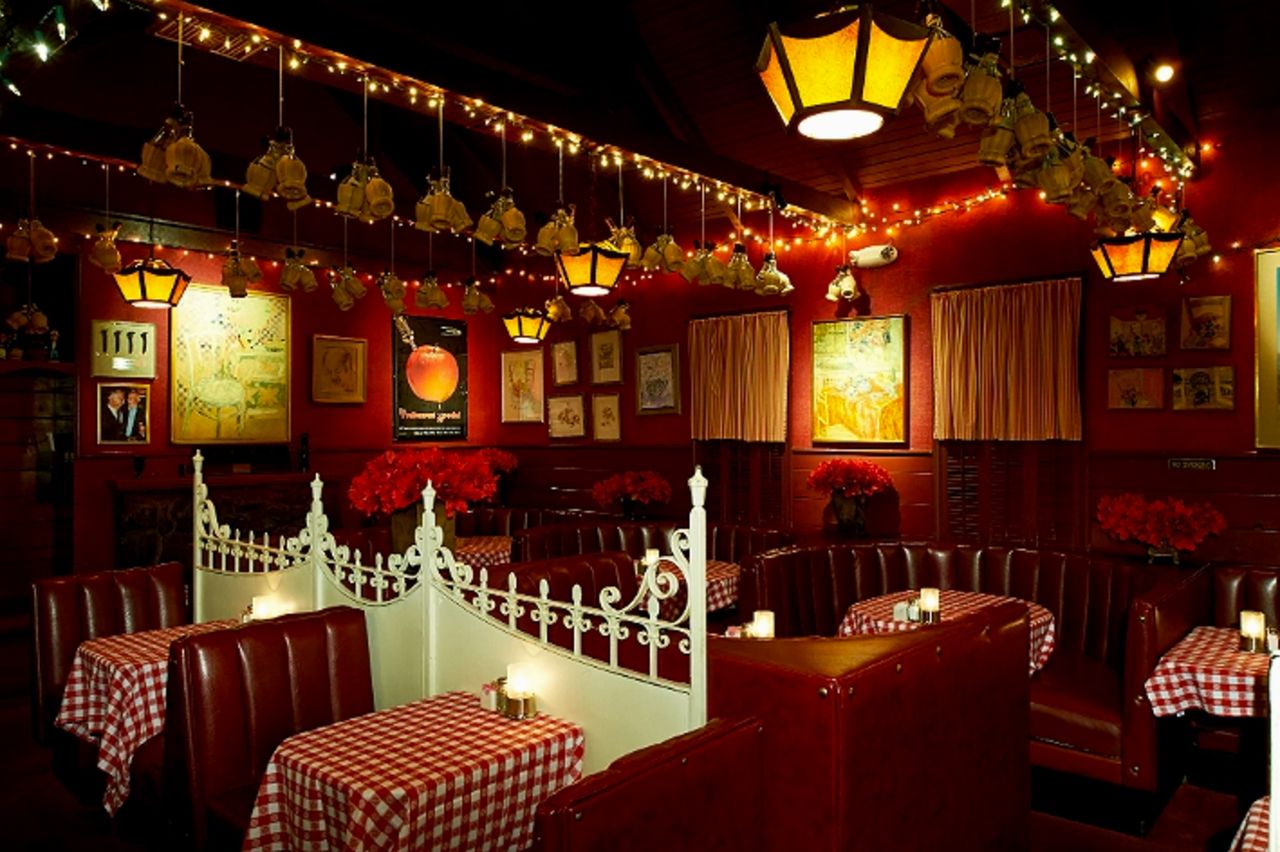 Thrift shopping with will.i.am and apl.de.ap

Atwater Village
TH: Will was always a funky dude. He would wear these funky outfits that he bought at thrift shops. He and his crew looked like old men, in a cool way. There were five, six, maybe seven of them in the crew. He had a white guy; he had a hispanic guy. Some guys had money; some were flat broke. Anybody who was talented and down was part of their crew—all walks of life welcome. I would pick up Will and Apple and they'd buy clothes at these random thrift shops for, like, a dollar. I did that with them a half dozen times. I found it to be creative and incredible. It was a function of: Hey, I want to express myself and I don't need Jordans to do so. We used to go to this store in Atwater Village, and other random areas. Then we would sometimes get Mexican food, which Will loved. We went to El Coyote multiple times. 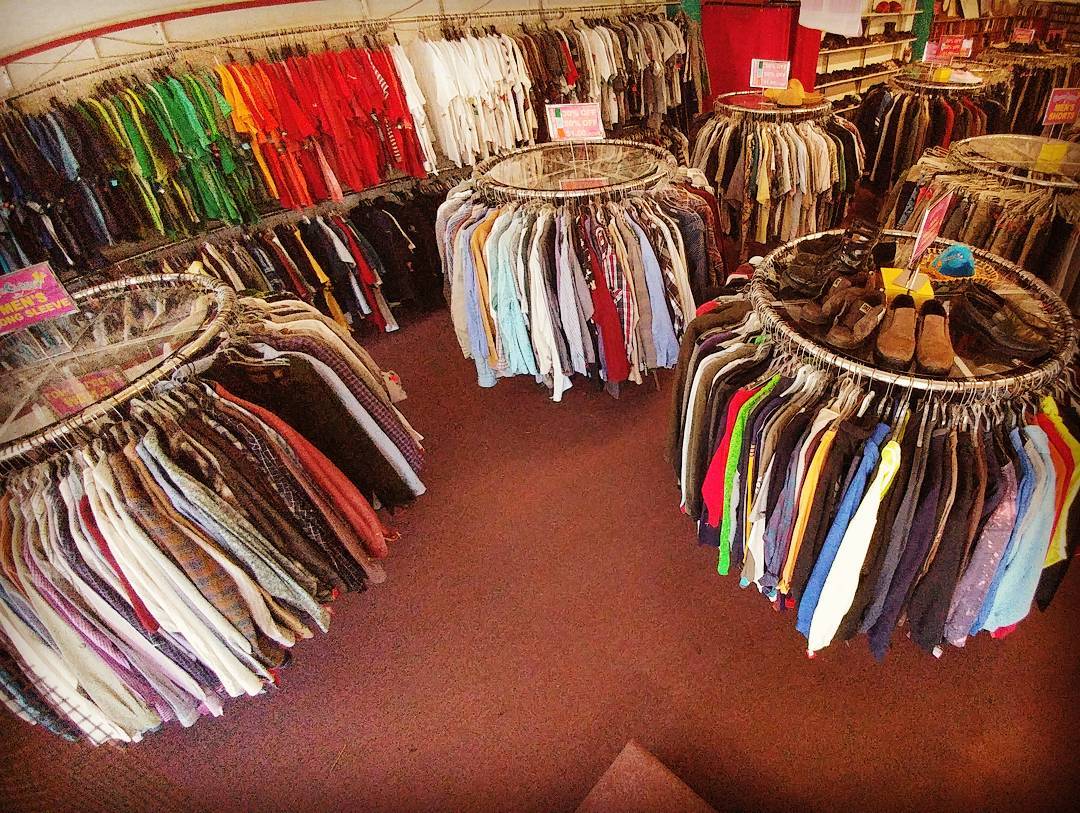 Out of the Closet opened in Atwater Village in 1990. Image courtesy of @otc_atwater

Arden Shore is the editorial director at Citizine. See what catches her eye on Instagram @ardyparty.