Hunting for Tacos in LA with DJ Vice

Like any true Angeleno, DJ Vice is addicted to tacos. The Eagle Rock native got his start as a radio DJ for over 2 million people on LA's legendary hip-hop station Power 106, has played the biggest venues in Los Angeles (and worldwide), and even DJed The Forum when it was home to The Lakers. But his favorite experience in his hometown will always be driving around in search of tacos.
The taco quest holds such a dear place in his heart that he elevated Los Angeles’ most important weekly holiday, Taco Tuesday, to his own Youtube Series called Electric Taco. The first Taco Tuesday of every month, DJ Vice gifts us with a new episode of the show, in where he picks up a friend in his Tesla and they set off on a journey for tortilla wrapped meaty goodness in Los Angeles. Some of Vice’s friends who have been featured in past episodes of Electric Taco include: Reggie Bush, Swaggy P, P-Rod … and next up is the man, the myth, the legend, Danny Trejo, who recently opened up a taco spot of his own. 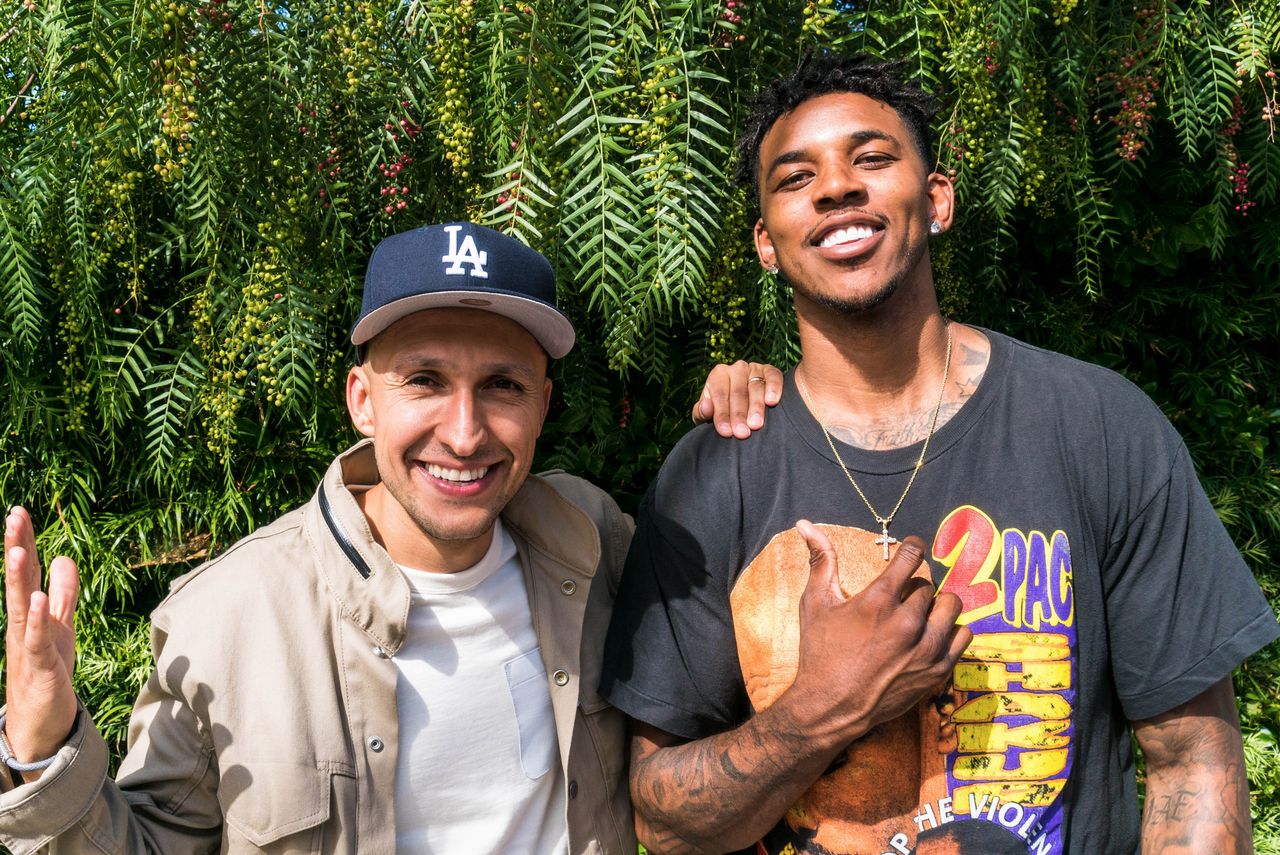 “I try to find different people to take on this journey with me to get tacos because it’s always so inspiring to hear their stories and see how they have come up in different ways—that they follow their passions and that they’re at a place they want to be in their lives, but that they’re still pushing. And we’re eating tacos while doing all of this,” the DJ tells me excitedly over the phone when asked about his original inspiration for Electric Taco.
Vice is all about finding tacos that are off the grid—the ones that could easily go unnoticed unless you’re in the know or on the hunt. “I love the fact people get territorial about tacos in LA. Everyone wants to stand up and fight for their taco stand,” says Vice. The deeper we get into the topic of tacos, the faster he talks. This dude loves tacos. So naturally, I had to ask him his go-to taco spot.
“I love taco stand La Reyna on 7th and Mateo in Downtown LA because it’s so fuckin’ real! La reina herself is always outside hooking up the al pastor tacos on a folding table like every other good OG spot in LA. Inside her restaurant is completely empty except for tables and a novela playing on the TV. So you can eat your tacos and watch your Mexican soap opera at the same time.” 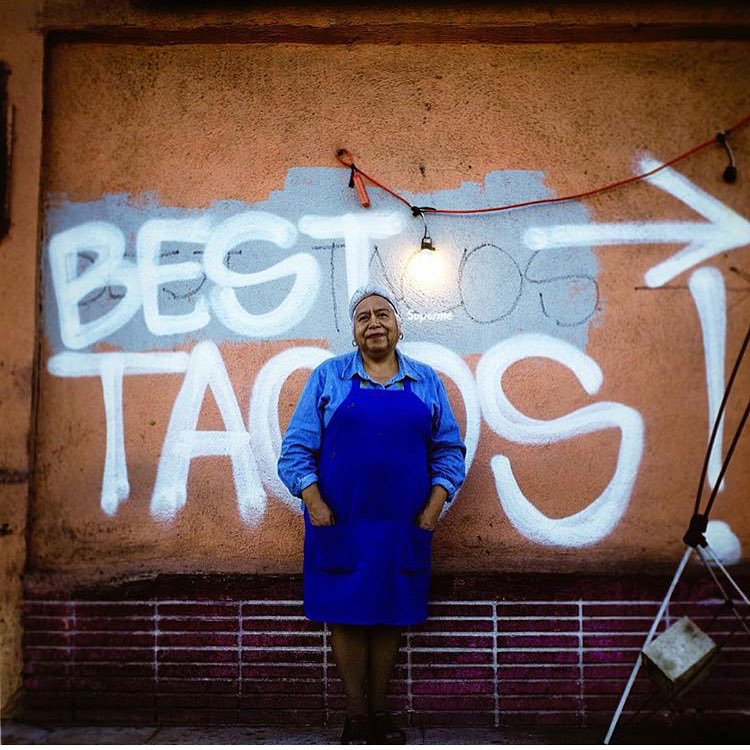 The taco queen herself. Image courtesy of @gentedelosangeles

You can watch all episodes of Electric Taco on YouTube, but first, we wanted to get the deets from Vice on each of the fuego taco joints on the Electric Taco trail. Whether you have a Tesla or not, now you can taco like Vice tacos in LA: 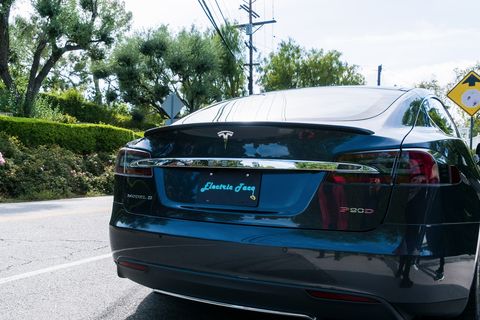 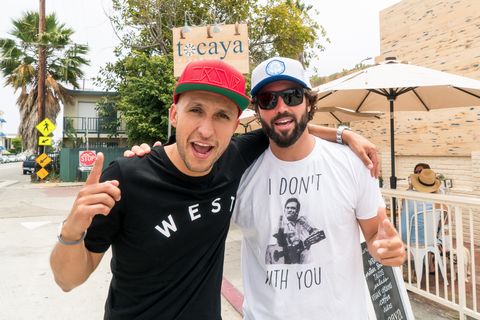 DJ Vice: Gavilan has bomb tacos with drive-thru service. There’s one in Hollywood, but I went to the one in DTLA, almost south central. Believe it or not I don’t eat red meat, but I eat pork, chicken and fish, so when I eat tacos, I always go in on al pastor and carnitas first, then chicken. But at Gavilan, I went right for the chicken tacos. 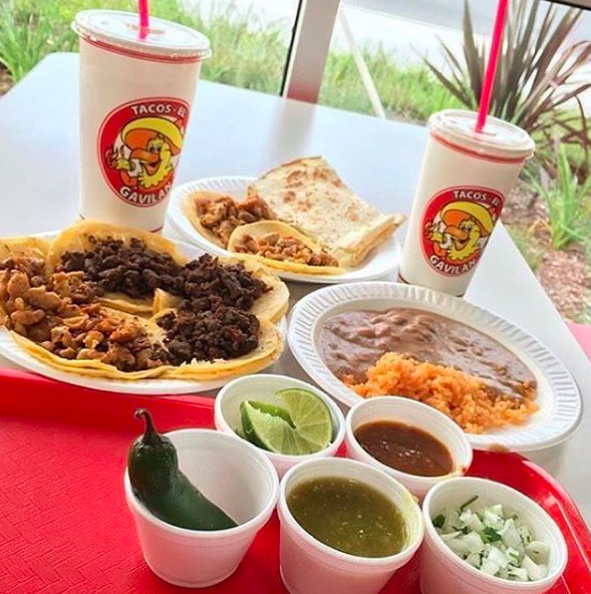 DJ Vice: That one was all about the scene. The vibe is really fly there and the guy who owns the spot is an OG. He’s a straight Mexican OG and he serves up small tacos, so you can grub a lot of them. 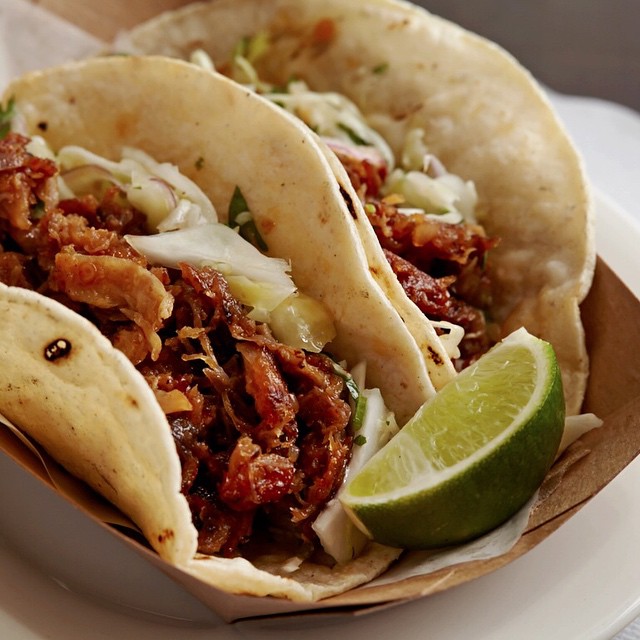 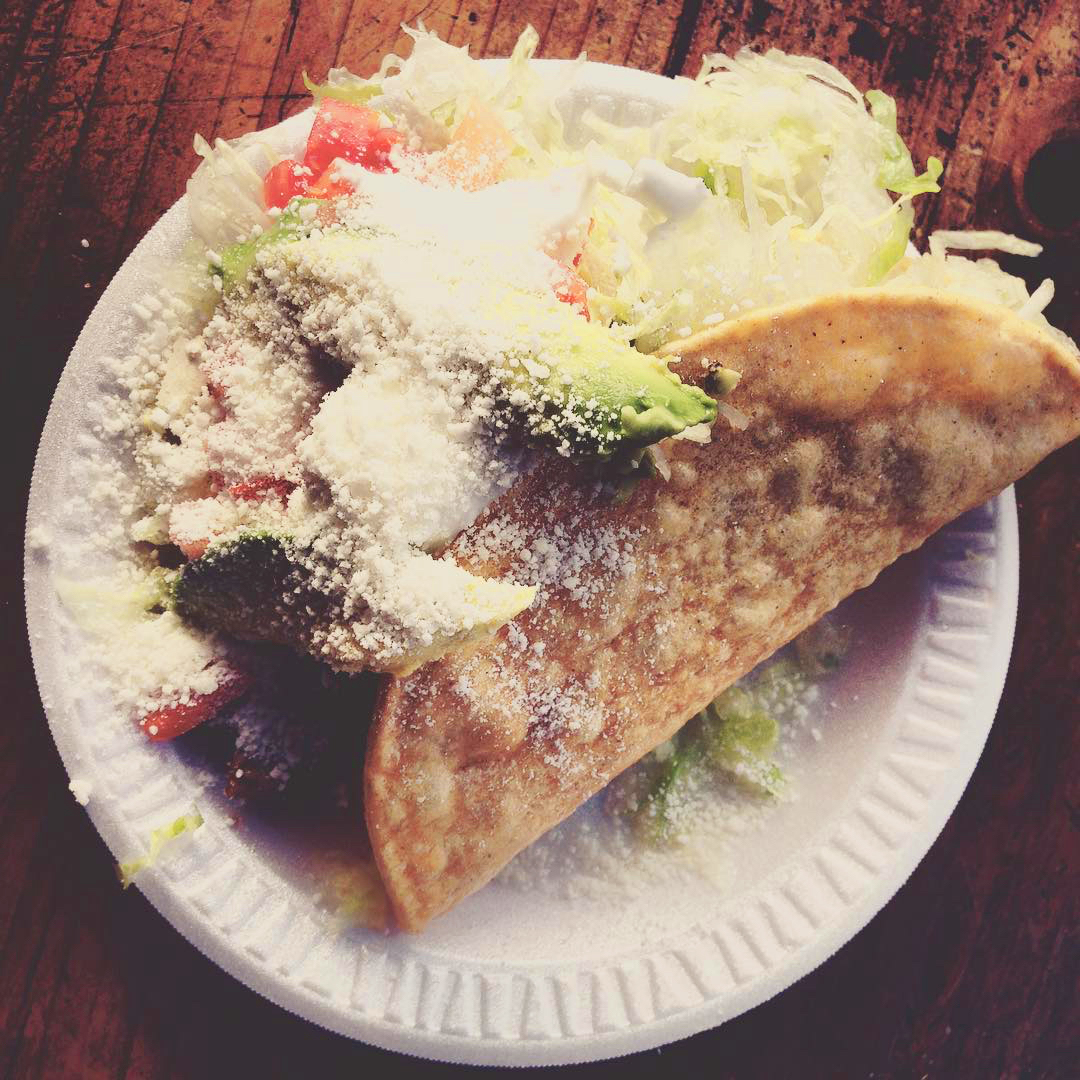 DJ Vice: You have to go to the East LA location in Boyle Heights to get the real experience and you gotta order the sampler platter because you can get six different kinds. 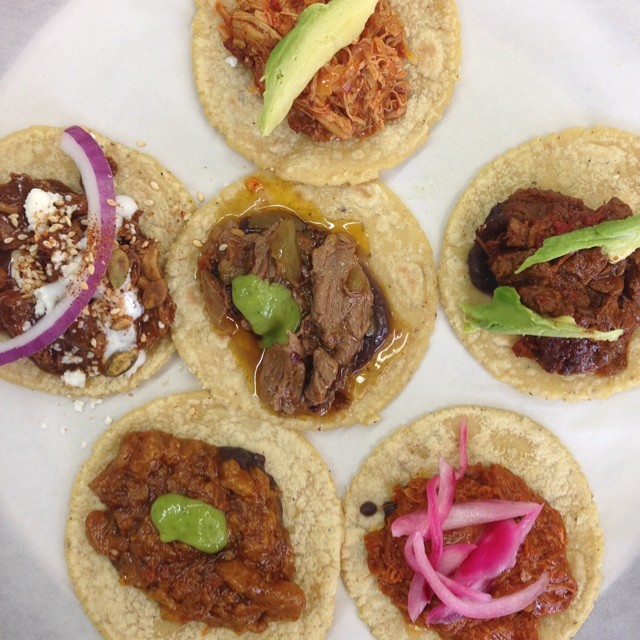 Van Nuys, $
DJ Vice: It was across the street from his old high school! Hit this spot if you’re in the neighborhood for a quick fix. 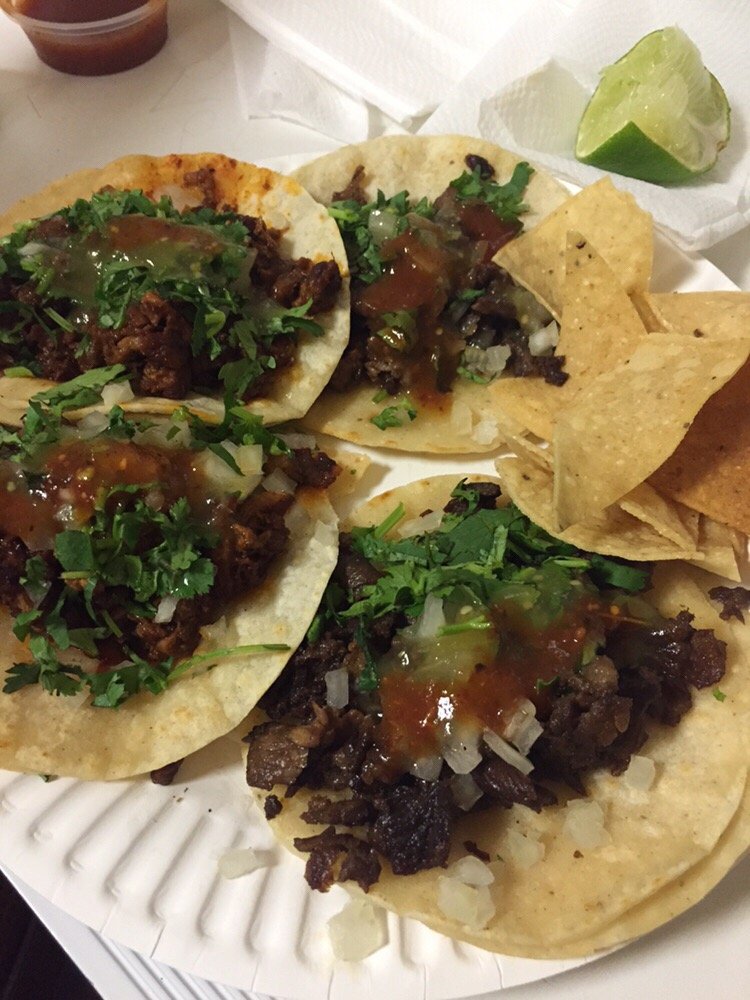 Van Nuys, $
DJ Vice: Don’t pass this up. Hole in the wall taco spot with legit flavor. That shit was good. That weirdo ordered a burrito, though. I was like, this isn’t Electric Burrito! 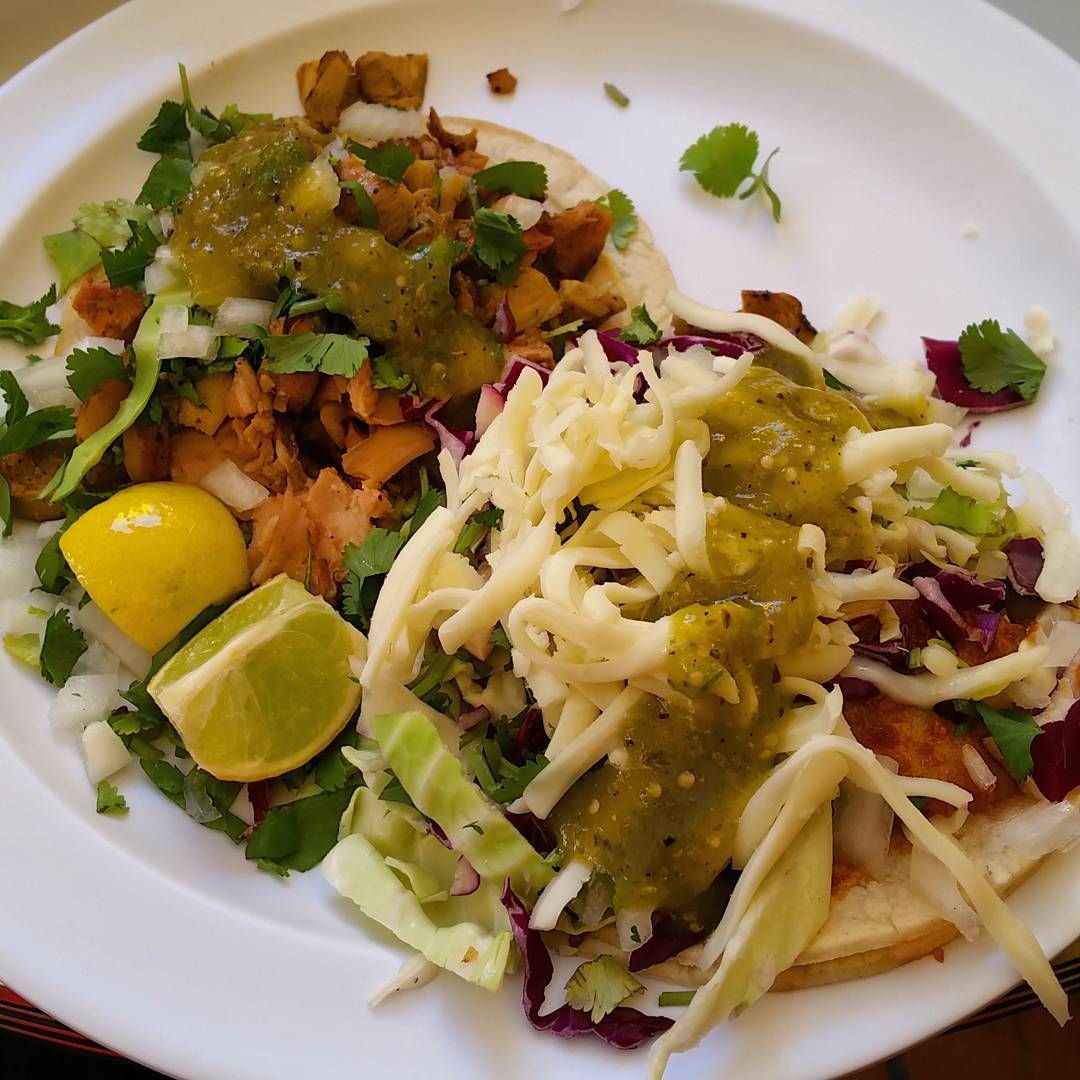 Venice, $$
DJ Vice: Healthy vibes, solid meal. We went in on chicken tacos and some bomb guacamole on the side. 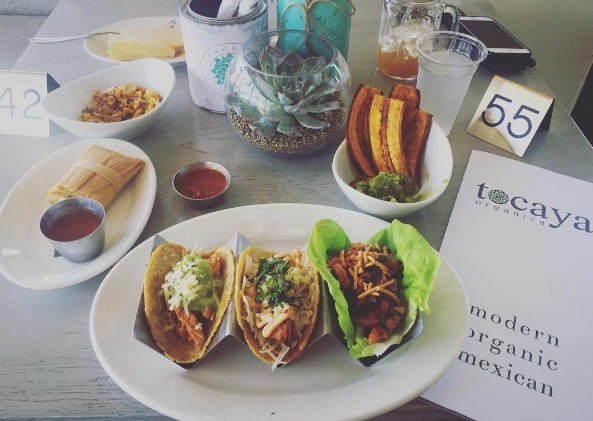 Mid-City, $$
DJ Vice: We got a little sampler of everything. We got the al pastor, we got the carnitas ... and the funniest part—is we had tofu tacos, and he really loves those, but in the video he’s like don’t tell anybody but I love the tofu tacos—because that’s not gangster of him. It’s not gangster of Danny Trejo to be like, I like tofu tacos! 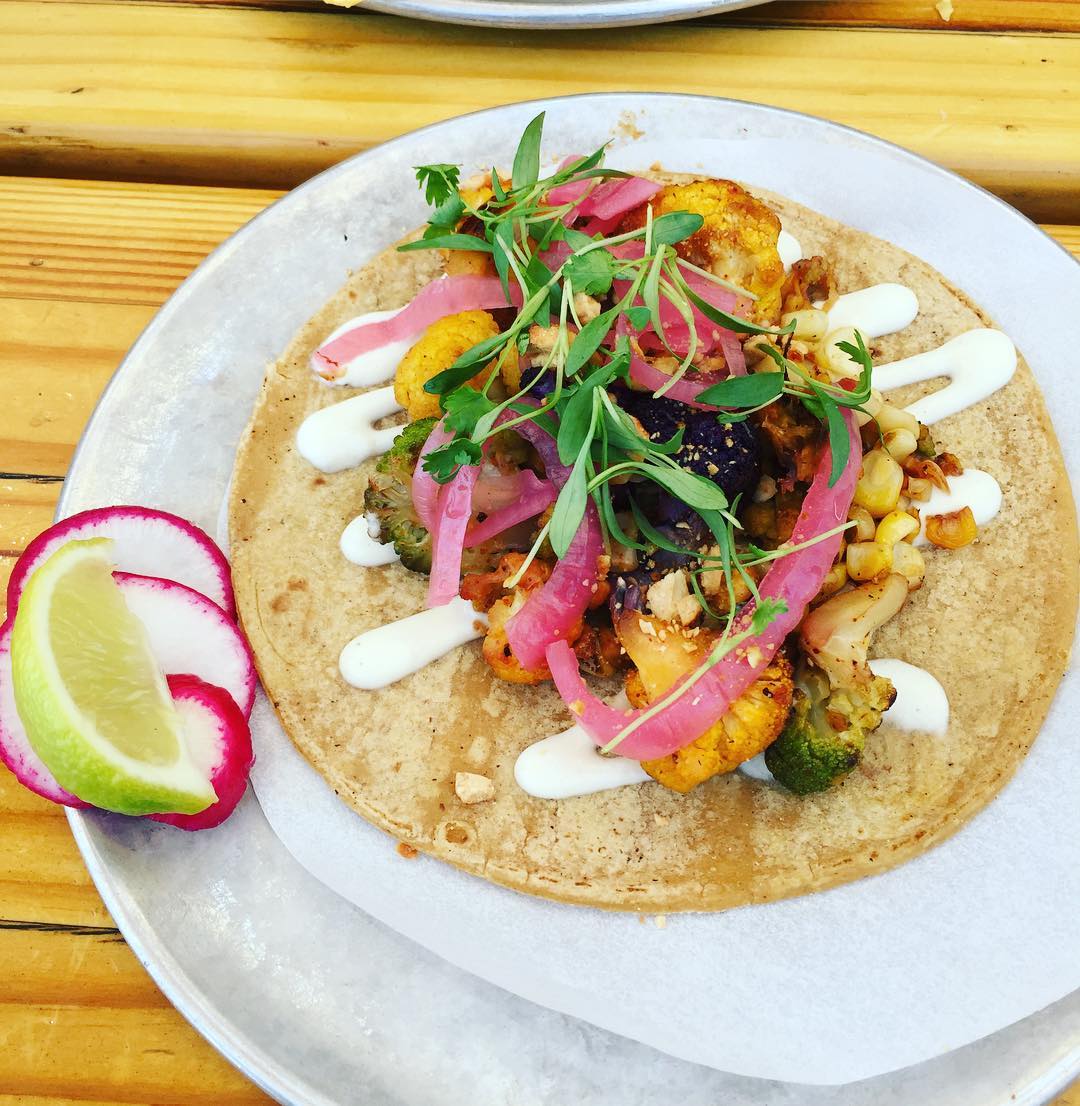 Arden Shore is a writer, dot connector and sock collector from Los Angeles. She firmly believes that a taco a day keeps the doctor away. Follow her meanderings on Instagram @ardyparty or Twitter @ardyparty_.
Header image of Vice and Brody Jenner courtesy of DJ Vice